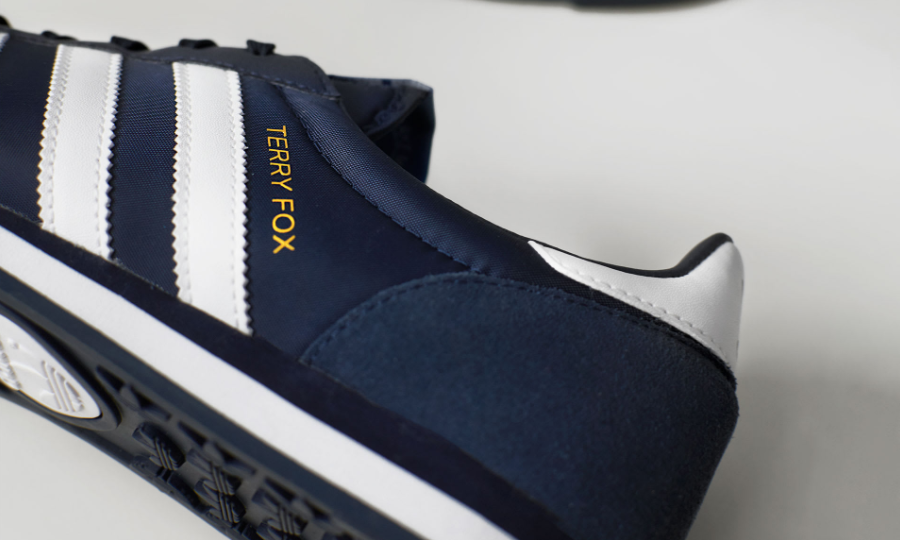 This year marks the 40th anniversary of the Terry Fox Marathon for Hope, named in honor of the Canadian Cancer Research activist who pushed himself to his limits as he embarked on a solo marathon across Canada in 1980 to raise funds for cancer research. For six months starting May 20th adidas will be releasing Canada exclusive, limited-edition Terry Fox apparel and footwear capsules in hopes to raise $1 million USD for The Terry Fox Foundation.

There’s no sportswear brand that could do Fox’s legacy justice like adidas as the two have a relationship that goes back forty years itself. Prior to beginning his expedition across the country, Fox wrote to the German sportswear brand asking for 26 pairs of shoes to properly equip him for his venture. Upon receiving Fox’s heartfelt and sincere letter, the brand obliged and sent him 26 pairs of the adidas Orion, a popular runner at the time.

The first drop will include a re-release of the adidas Orion in dark navy, with gold foil “Terry Fox” branding across the three stripes insignia, in lieu of “Orion” text. The sneakers come packaged in a classic blue/white adidas shoebox but with a paper liner featuring Fox’s 40-year-old note to the brand. Also included with sneakers is an adidas Terry Fox ’80 Marathon t-shirt.

All photos by adidas Canada. 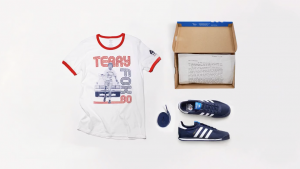 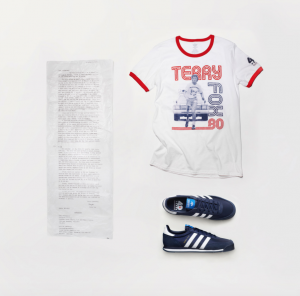 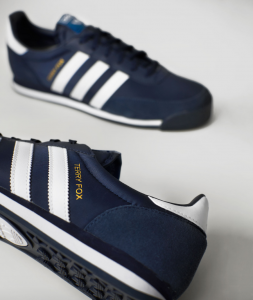