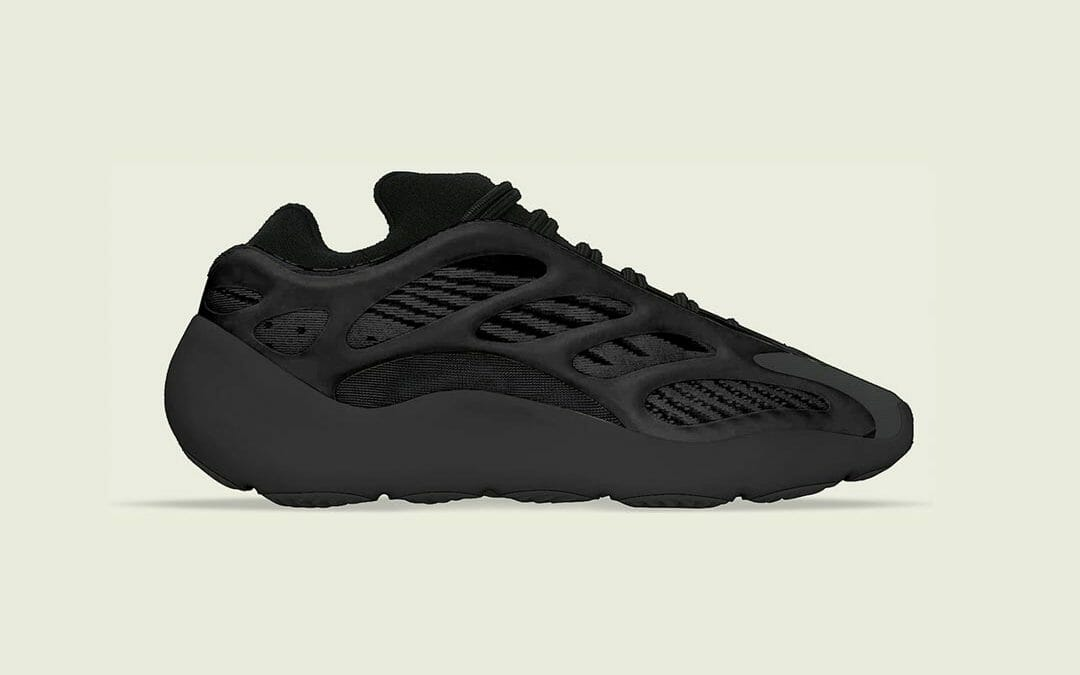 The futuristic-looking Yeezy 700 v3 is returning to retailers worldwide with the triple-black ‘Alvah’ colorway. Dropping April 11th in full-family sizing, these are looking to be another huge success for Kanye and adidas.

Unlike the Yeezy 700 v3 ‘Azael’ which came in a monochromatic outfit, the ‘Alvah’ is blacked out and sleek, hiding its key details on first glances. The v3’s upper flaunts the same pattern found on its predecessor, this time in a pitch-black primeknit with wave-like detailing in light grey across its medial portions.

However, this primeknit base is partially covered by the kicks’ most visually striking a bulky, plastic caging found around its surface, leaving just small windows for the primeknit to peek through. The sneakers’ chunky, black midsole is the other eyecatcher on the ‘Alvah’, with its elongated rubber construction stretching up towards the toebox, forming one solid piece with the exterior cage.