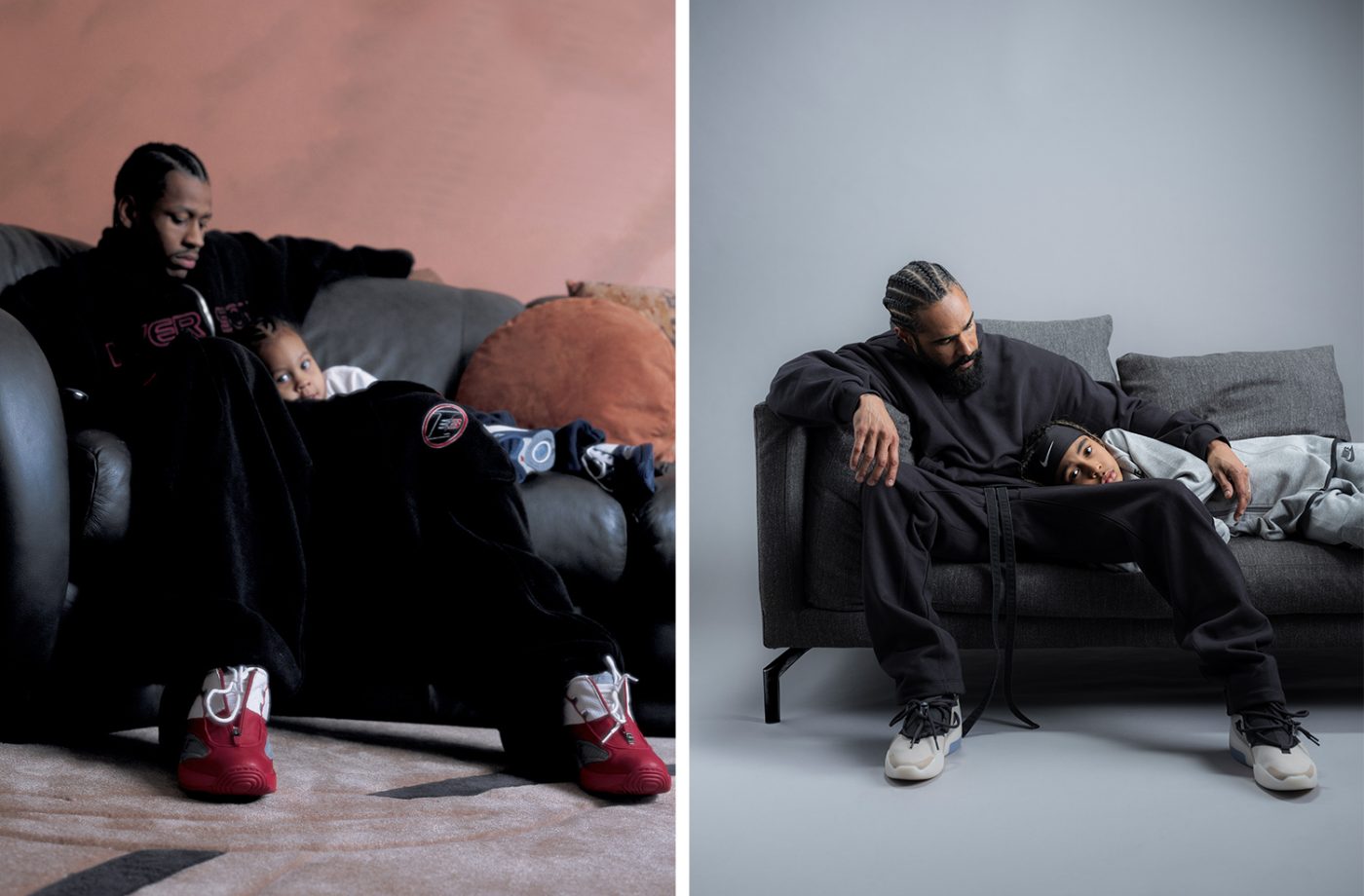 Most recently, its impact can be felt in the newest ad campaign for the Nike Air Fear of God 1 ‘String’ colorway, which is a modern re-interpretation of Allen Iverson’s original 1996 promotional material.

In a recent Instagram caption, Fear of God’s Jerry Lorenzo revealed that the color-blocking on the ‘String’ colorway was a direct homage to The Question, while an ad campaign shot by Gary Land reference classic Iverson snapshots in both Question and Answer models.

In these photos, Lorenzo’s children take the place of Iverson’s, models are positioned to mimic classic Iverson poses and even shadows are cast in the same directions in order to draw a direct lineage between Iverson and the Air Fear of God 1.

Jerry Lorenzo’s Fear of God 1 is the rare instance of Nike allowing a designer to create an entirely new silhouette rather than working off an existing shoe just as Allen Iverson’s opportunity with Reebok was unchartered territory for the brand. Lorenzo and decades of fans are indebted to the larger than life attitude that Iverson exuded in every aspect of his lauded career.