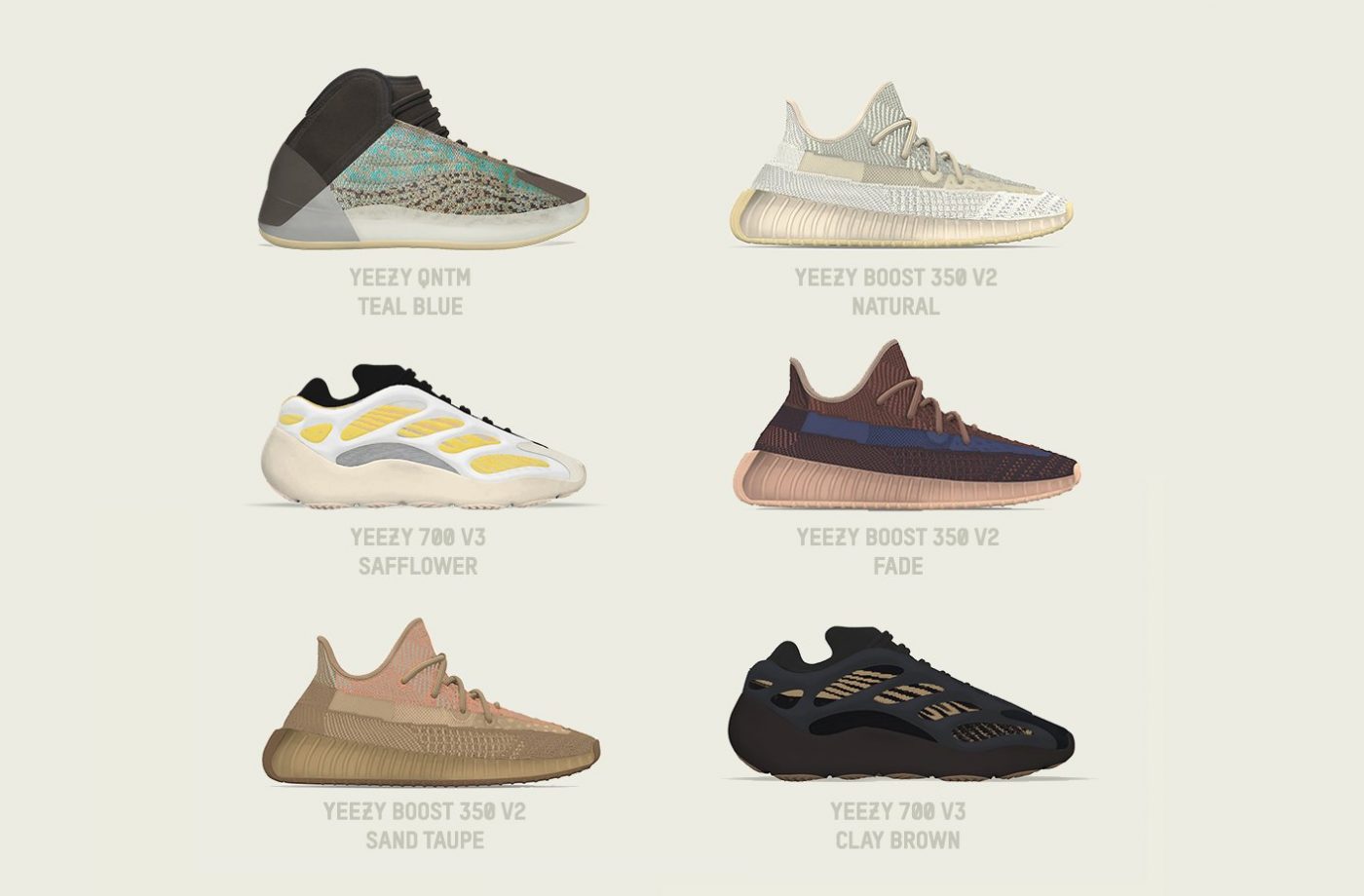 In an interesting turn of events, YEEZY brand has decided to rename all of its upcoming models based on their color scheme rather than a mix of Kanye’s name and ancient/biblical references. Several of the adidas YEEZY sneakers released in recent months have donned names like “Israfil“, “Zyon“. and “Yecheil“. Starting with the upcoming adidas YEEZY BOOST 350 v2 “Carbon” (previously named “Asriel”), six other upcoming models have been renamed.

The YEEZY QNTM “Ophanim” is now the YEEZY QNTM “Teal Blue”. The YEEZY 700 V3 “Srphym” and “Eremial” are now the “Safflower” and “Clay Brown” colorways”. The YEEZY BOOST 350 V2 “Eliada”, “Abez”, and “Yecher” are now “Sand Taupe”, “Natural”, and “Fade” respectively. While none of these colorways have been confirmed by adidas as of yet, you can take a look at all the name changes and mockups below courtesy of Yeezy Mafia. 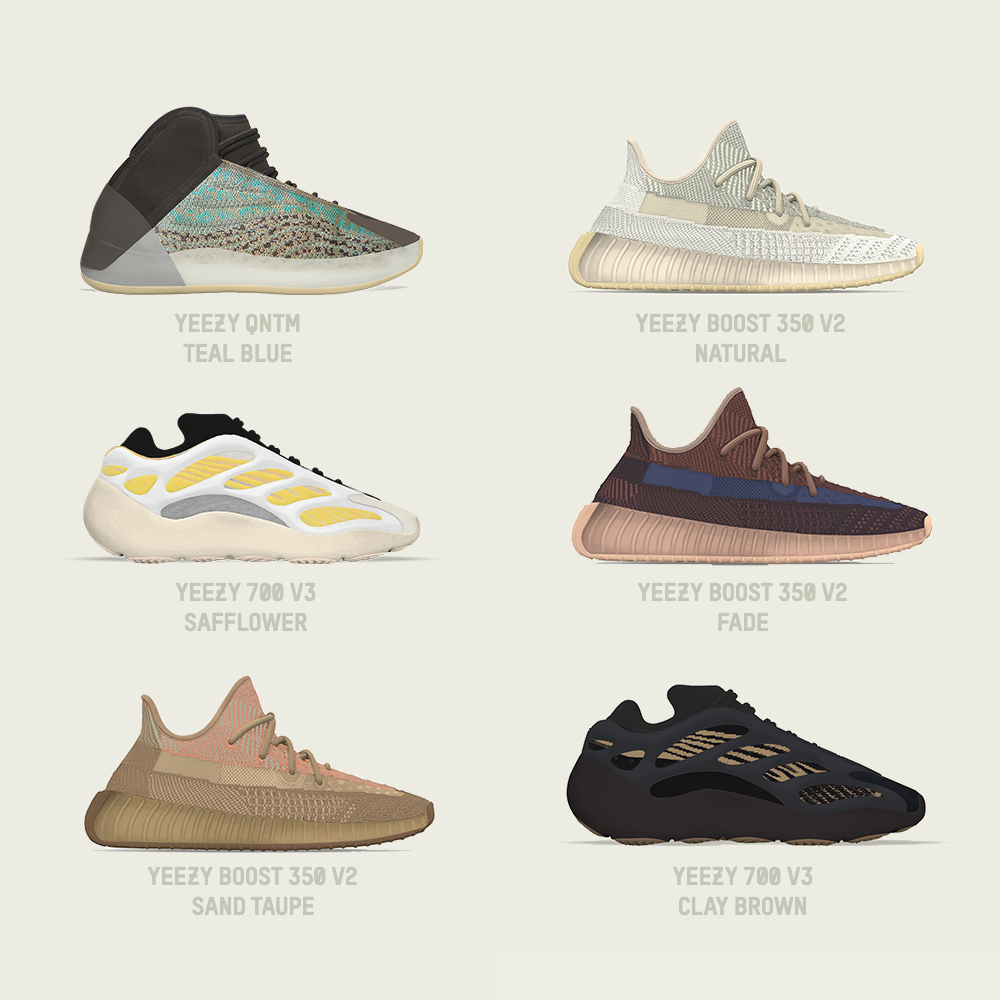