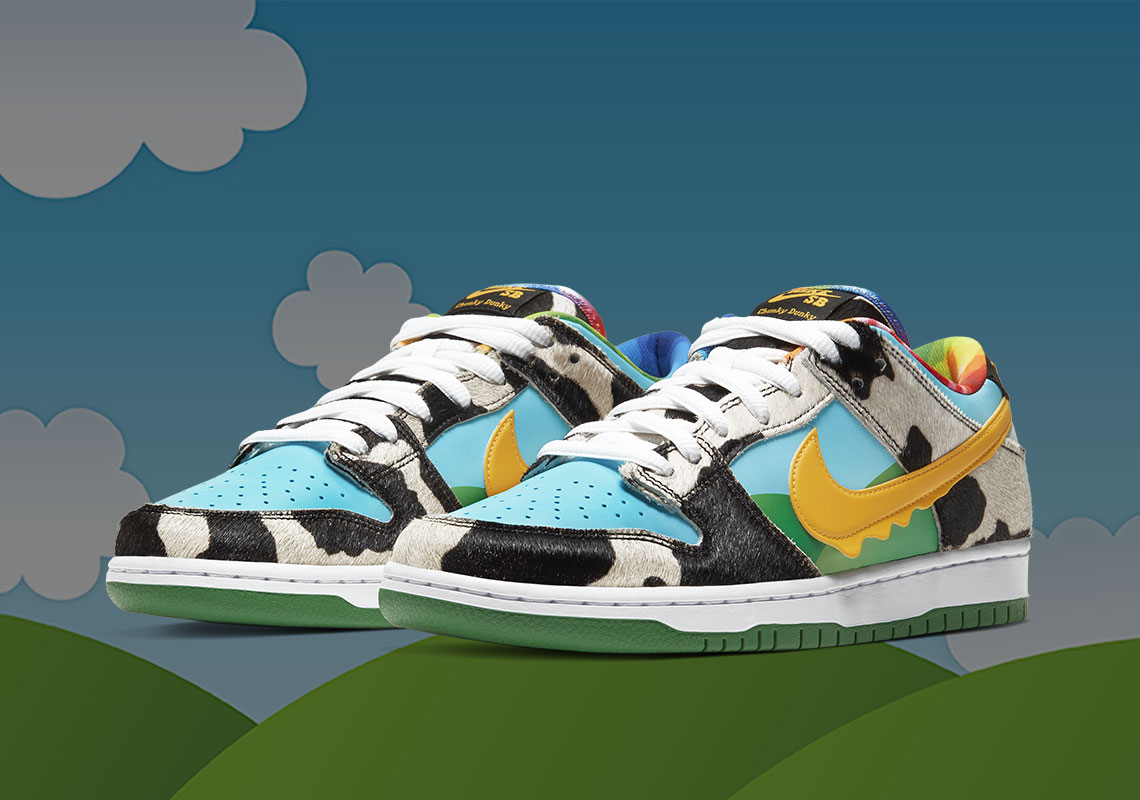 This sneaker definitely takes the (ice cream) cake for the wildest collaboration of the year. The Ben & Jerry’s Nike SB Dunk Low “Chunky Dunky” is officially releasing next week for $100 USD with a limited release via independent skate shops on May 23rd. A larger release will take place on Nike SNKRS May 26th.

For starters, the tongue and upper is made up of a faux-fur cow print with a two-toned blue and green leather on the toebox and side paneling. The Swooshes are in bright yellow and feature additional leather detailing underneath that replicates the look of melting icecream. The blue leather on the heel has white, cloud-shaped stitching which replicates the clouds found on a tub of Ben & Jerry’s. The sock liner and co-branded insole comes in a rainbow tie-dye that represent Ben & Jerry’s 60+ ice cream flavors. The exterior portion of the tongue reads “Nike SB Chunky Dunky” while the interior reads “Ben & Jerry’s If It’s Not Fun Why Do It?”, which perfectly summarizes this highly detailed, super fun sneaker.

All photos by Nike & Sneaker News. 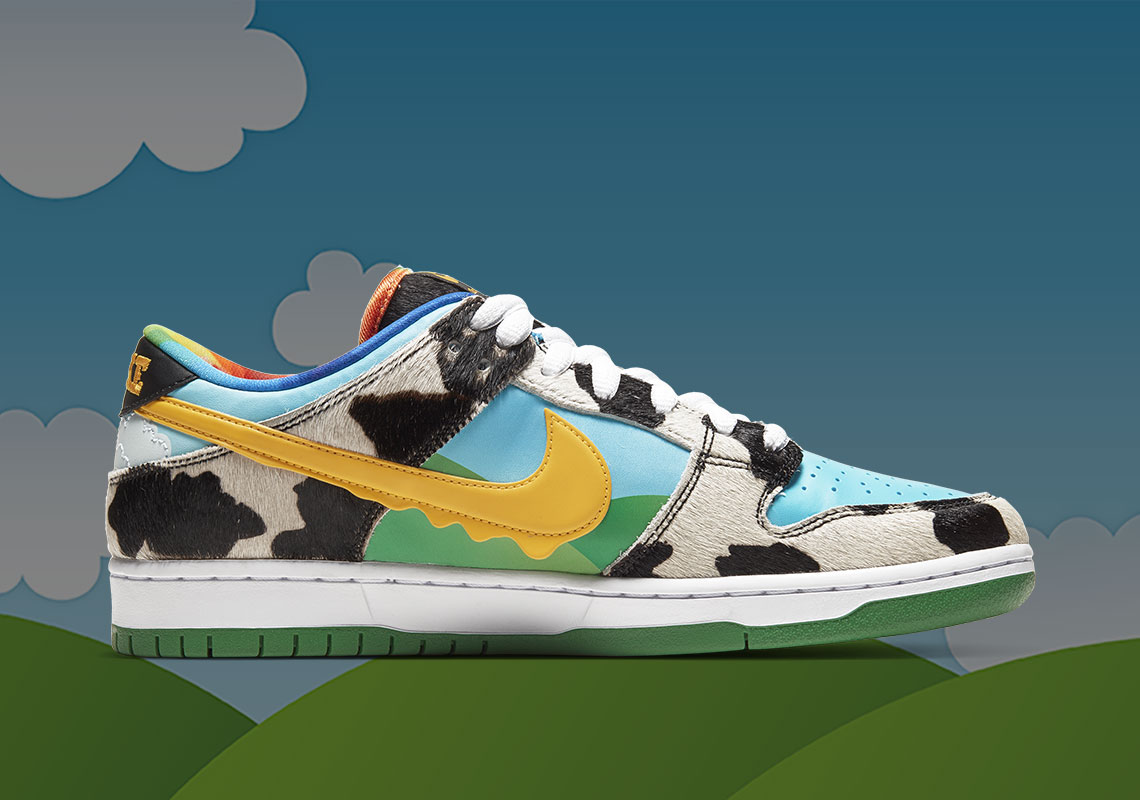 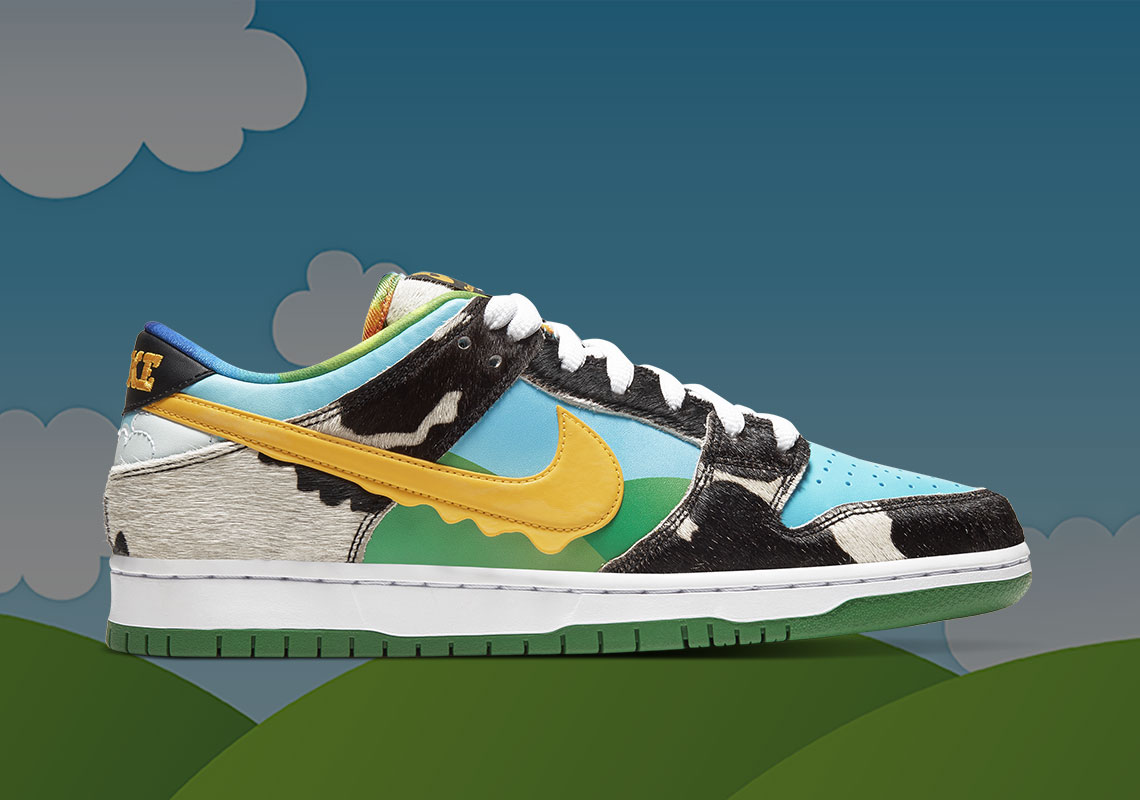 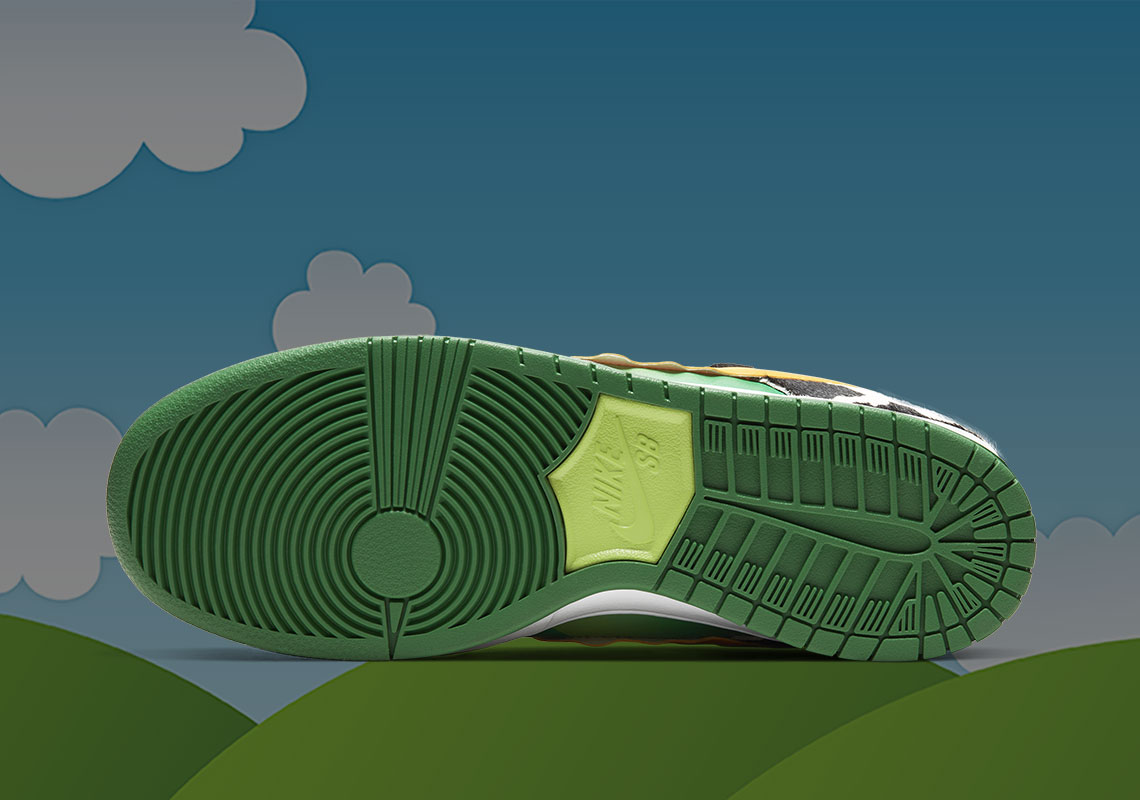 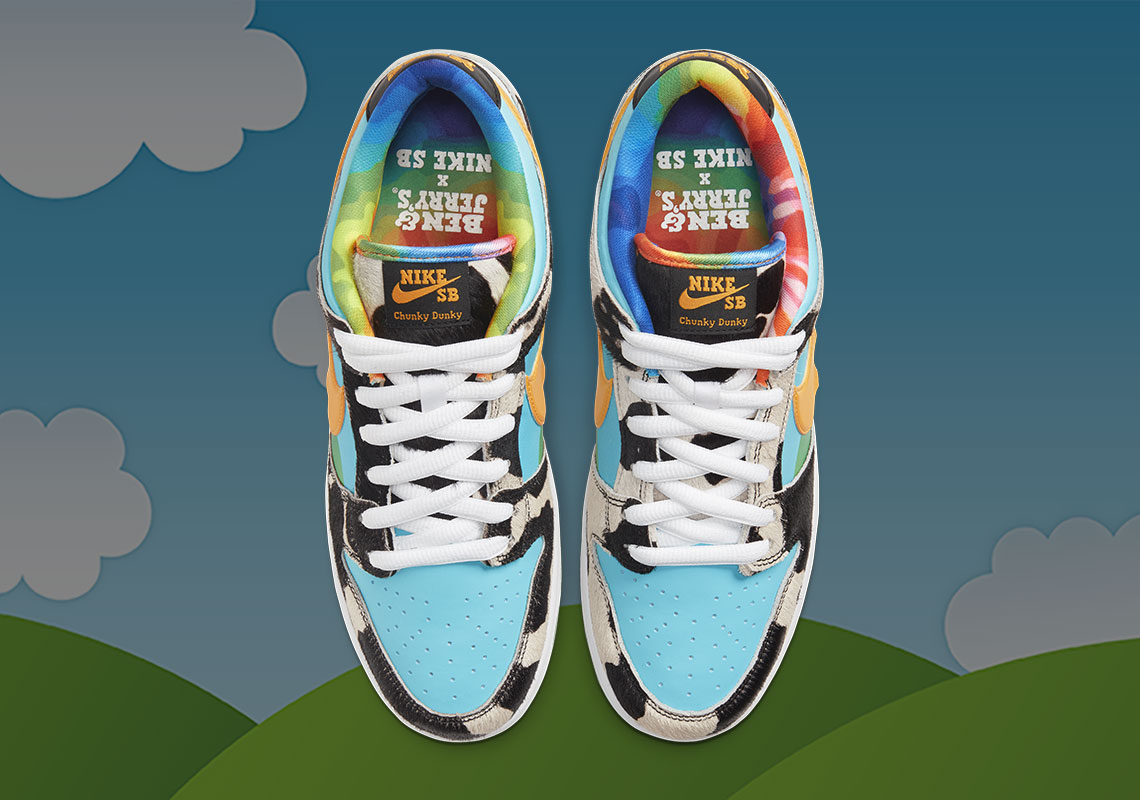 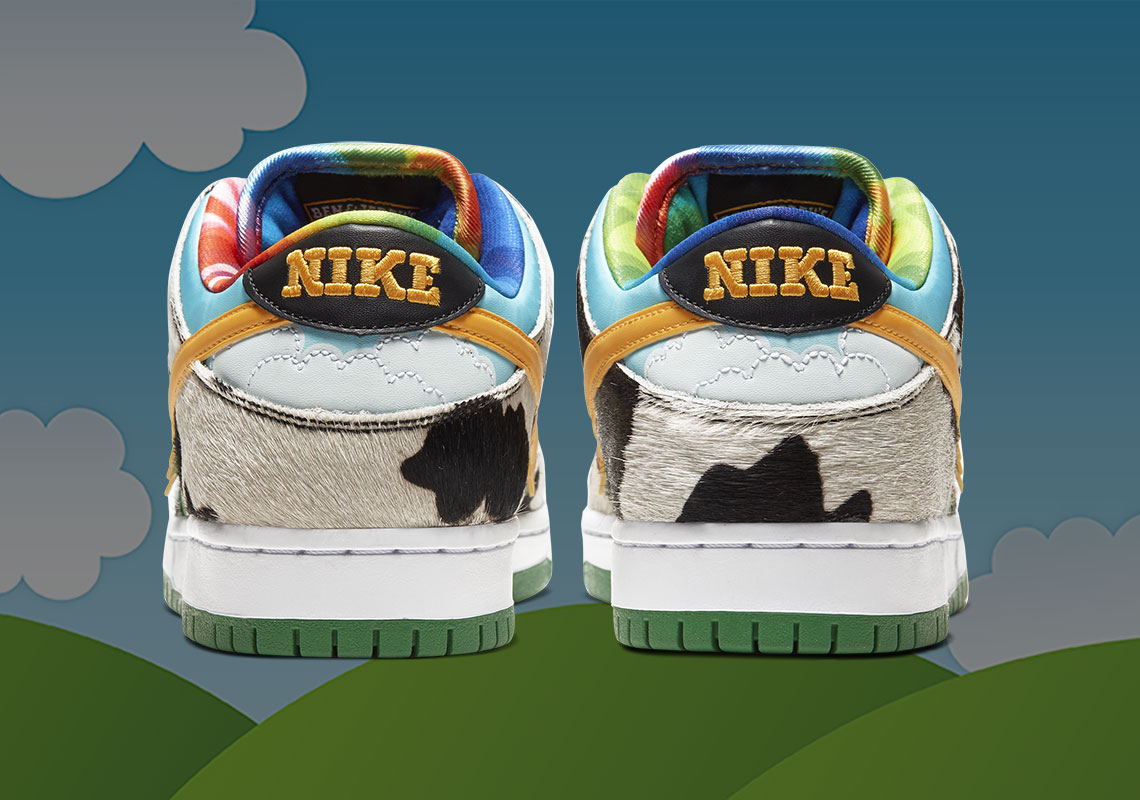 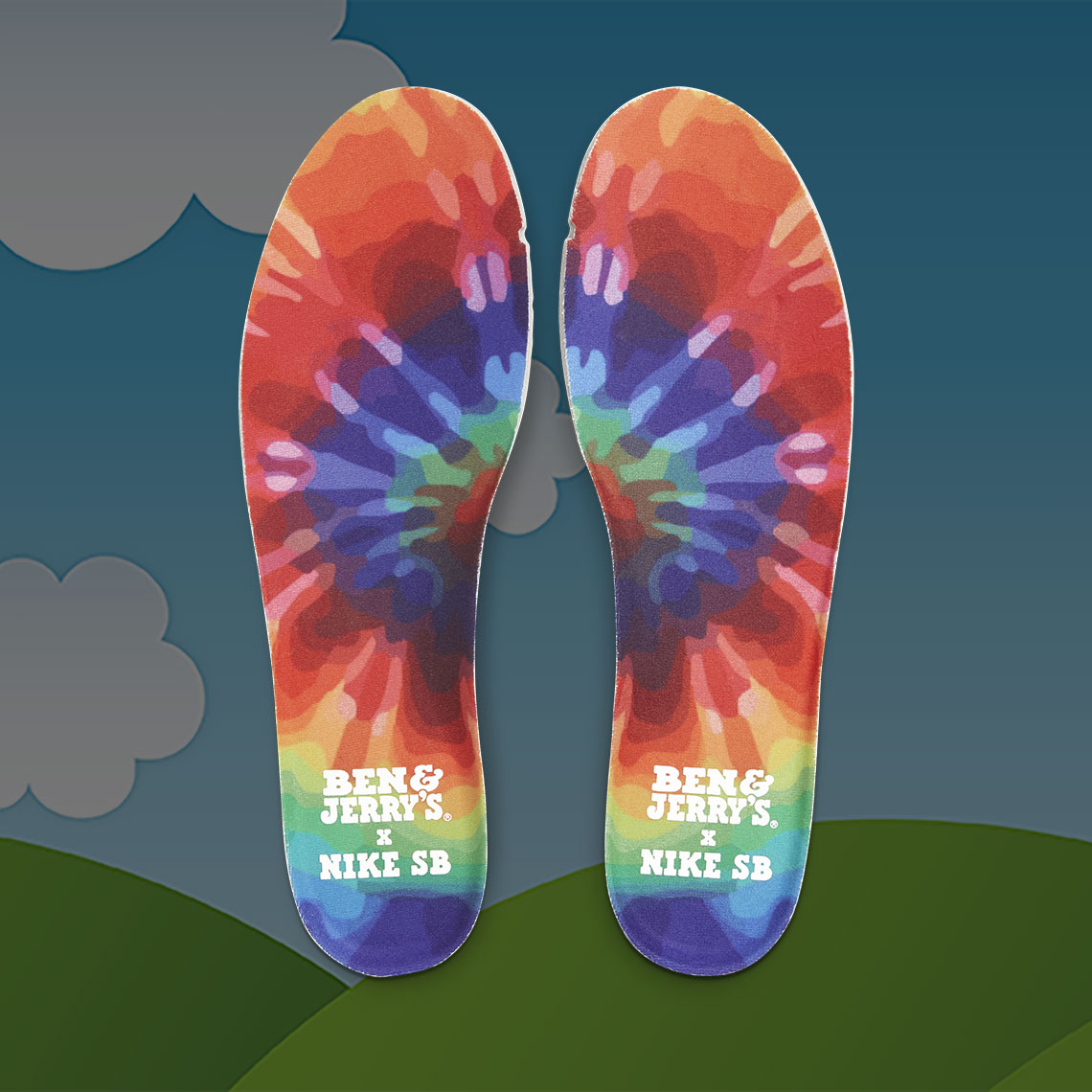 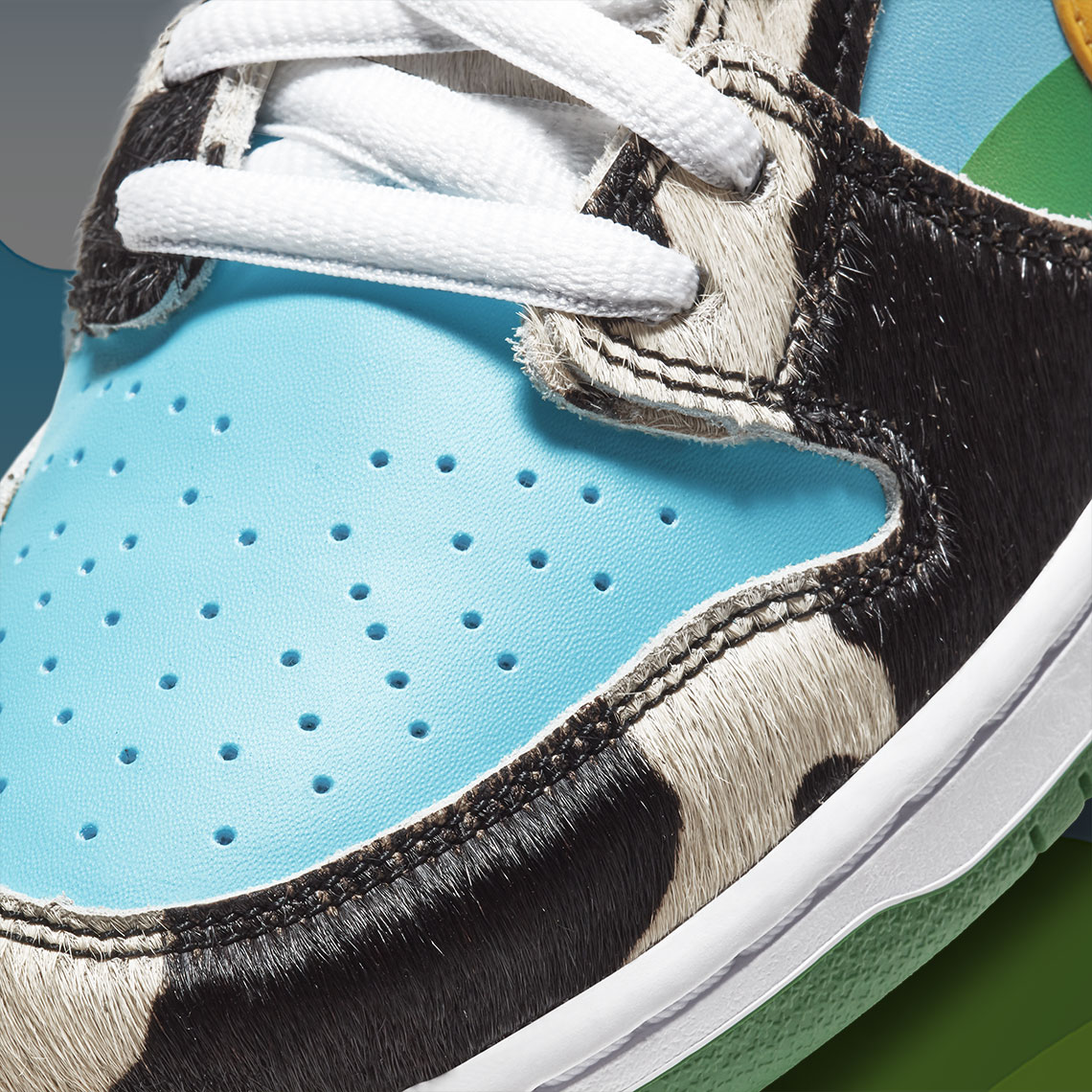 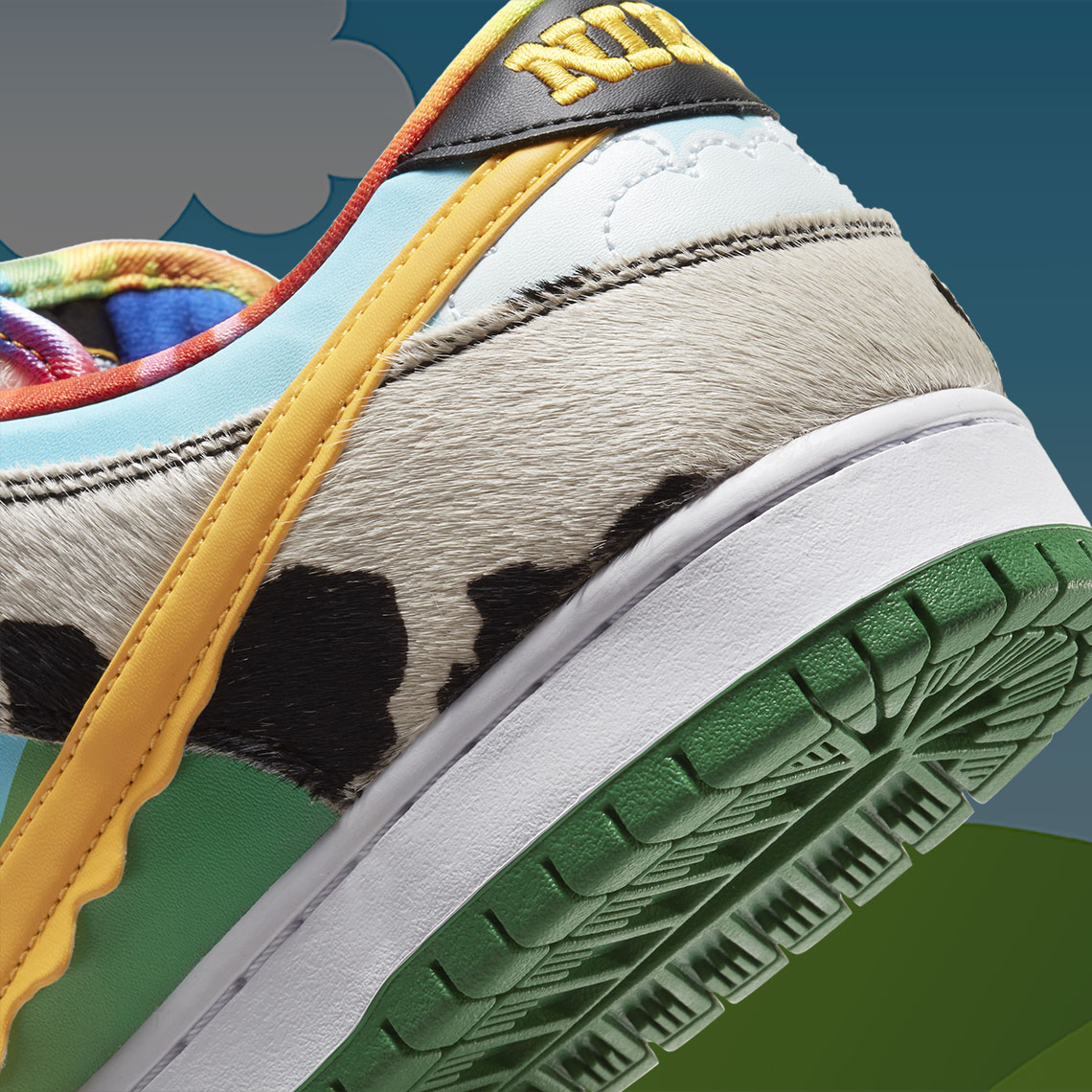 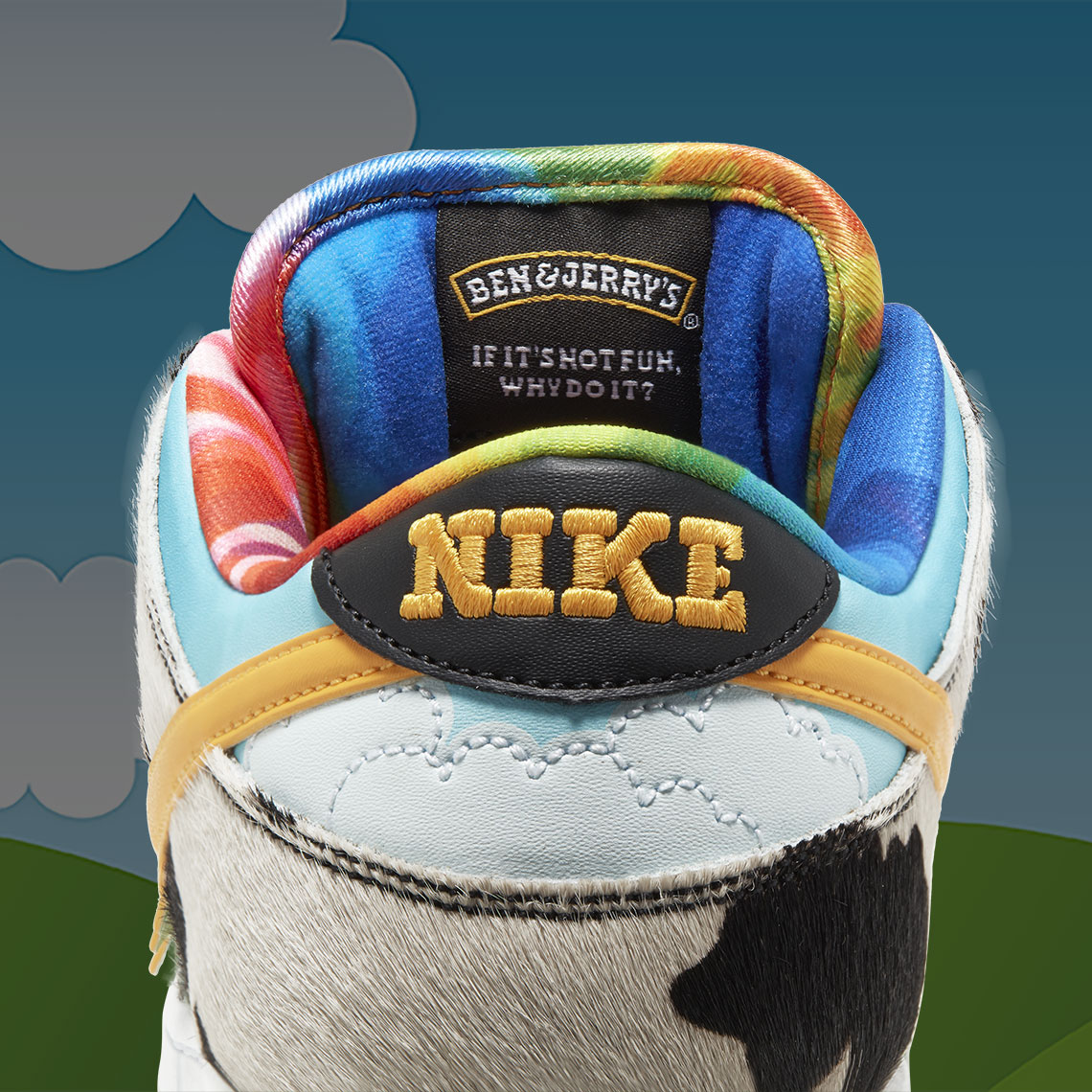