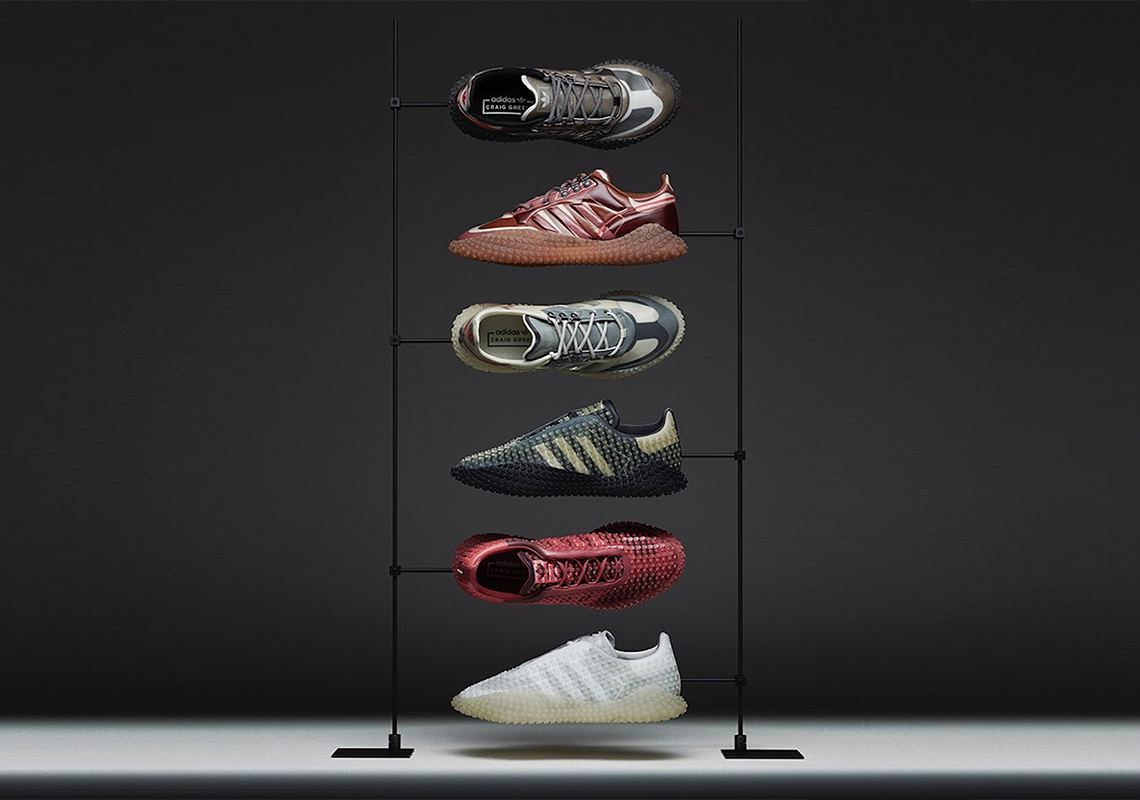 By focussing his namesake label on sculpting new silhouettes and using stitching, quilting, and patterning techniques in wholly unique ways, British designer Craig Green has proven to be among one of the hottest new voices in the fashion industry. Craig Green brings this sensibility to his second sneaker collaboration with adidas, a six-part capsule composed of two new silhouettes, each based off the adidas Kamanda, releasing July 2nd, 2020.

The high-fashion label’s take on the Kamanda has resulted in the adidas Poltka Akh I and the adidas Graddfa Akh, each releasing with three colorways each. The Poltka Akh I features rope laces and chrome lace stays atop a vintage styled upper with modern tooling. The shoes come in three distinct colorways: multi-toned grey, red, and black.  Its upper appears to be layered with a thin resin material/patent leather treatment that adds a glossy finish to the darker-toned sneakers. Translucent piping is added throughout the heels in bright red, adding a striking visual flair akin to a racing stripe.  The normal Kamanda midsole keeps everything in place, its synthetic, rubberized texture looking right at home with the sheen of its upper.

The Graddfa Akh is surely the more adventurous of the two silhouettes. Arriving in white, red, and black colorways, these sneakers exaggerate and extend the synthetic, scaley texture of its midsole and extends it to wrap the entire upper in a tonal, semi-translucent rubber. Underneath you can barely make out the shoe’s makeup, but it appears to be a stripped-down version of the Poltka’s upper with Three-Stripes branding on the lateral sides appearing most prominently through the alien skin.

All photos by adidas. 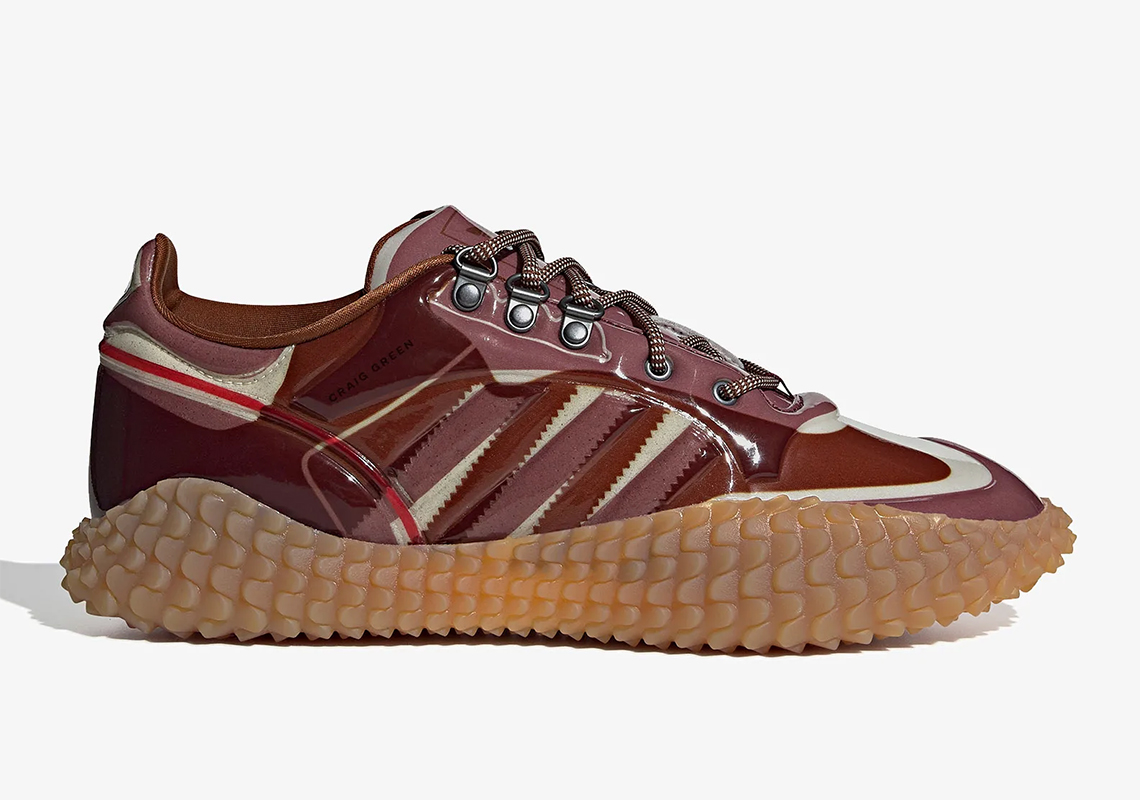 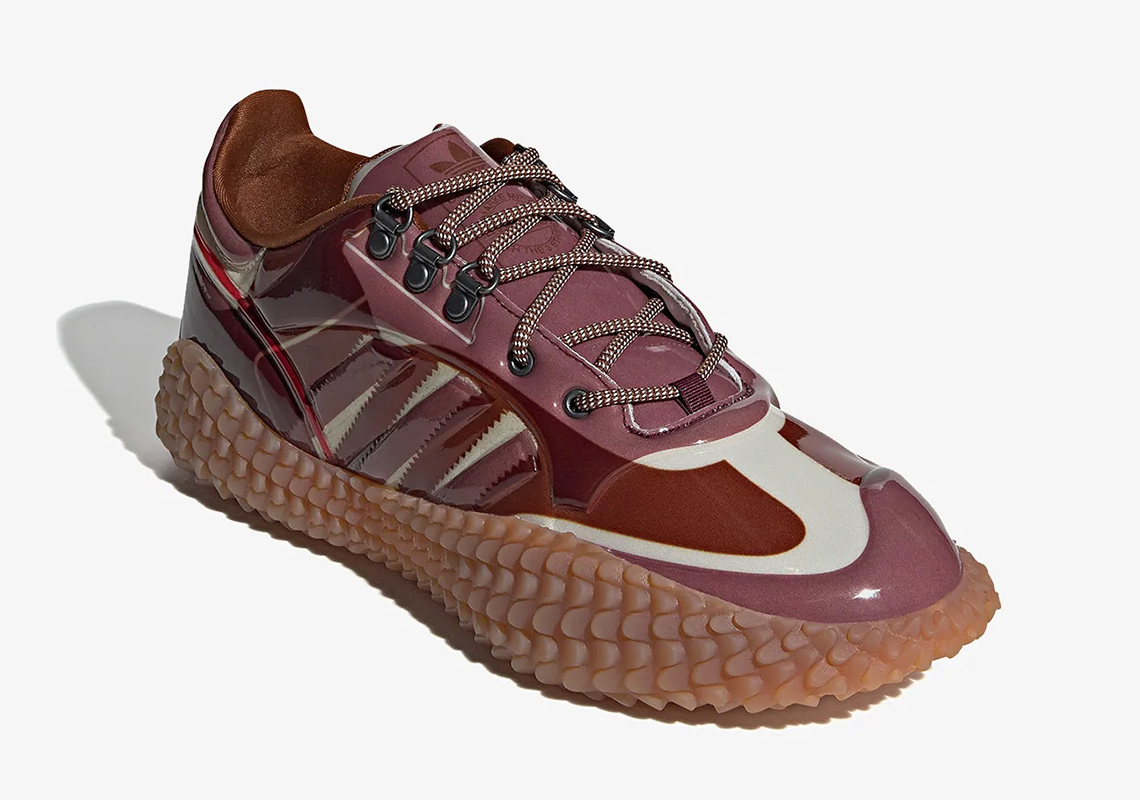 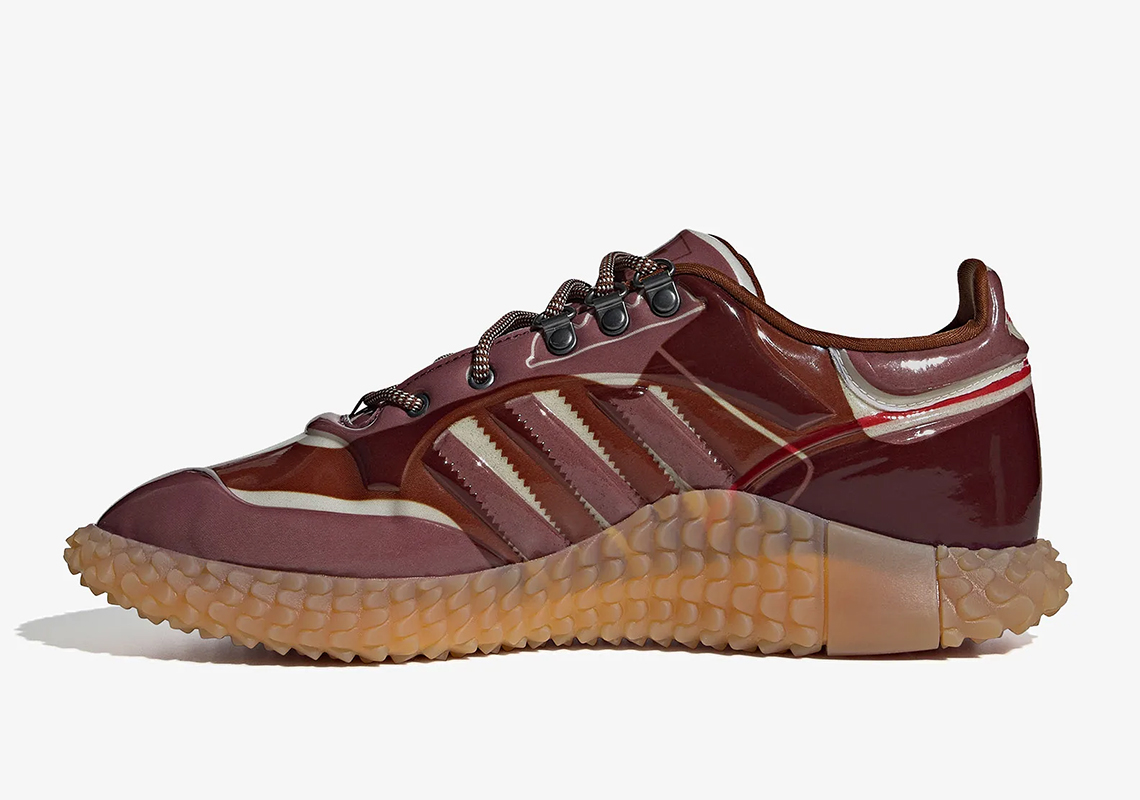 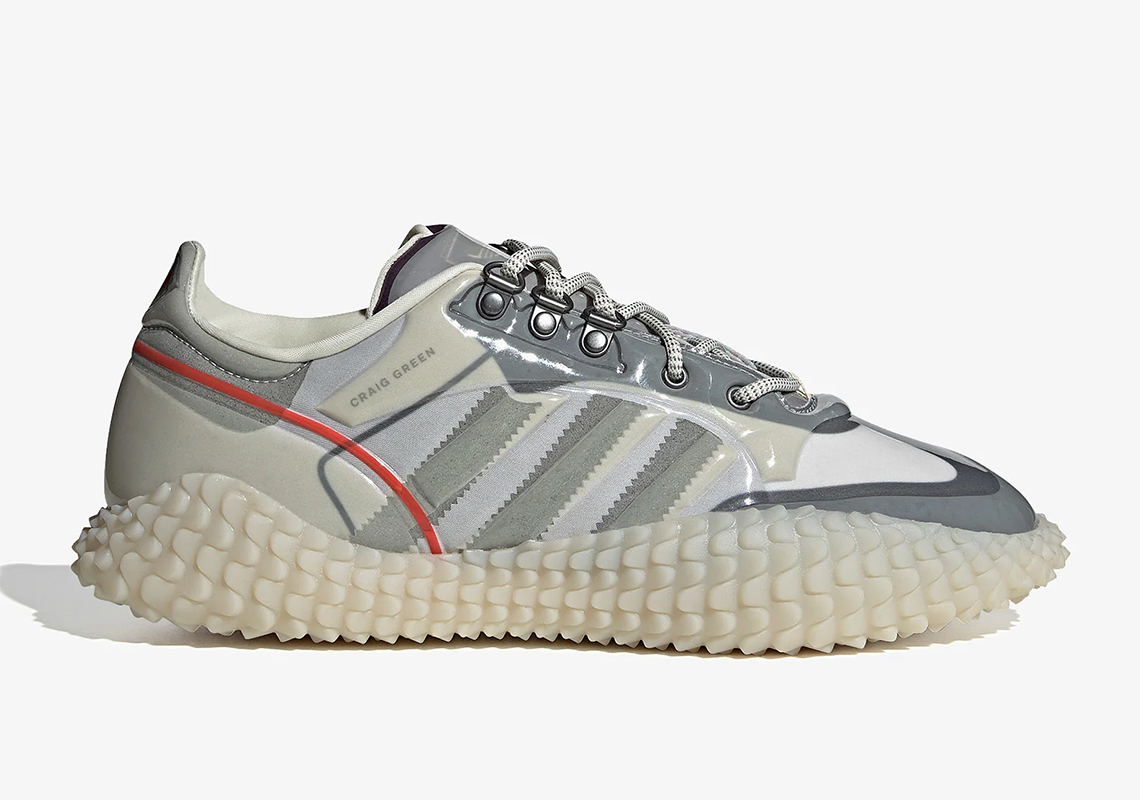 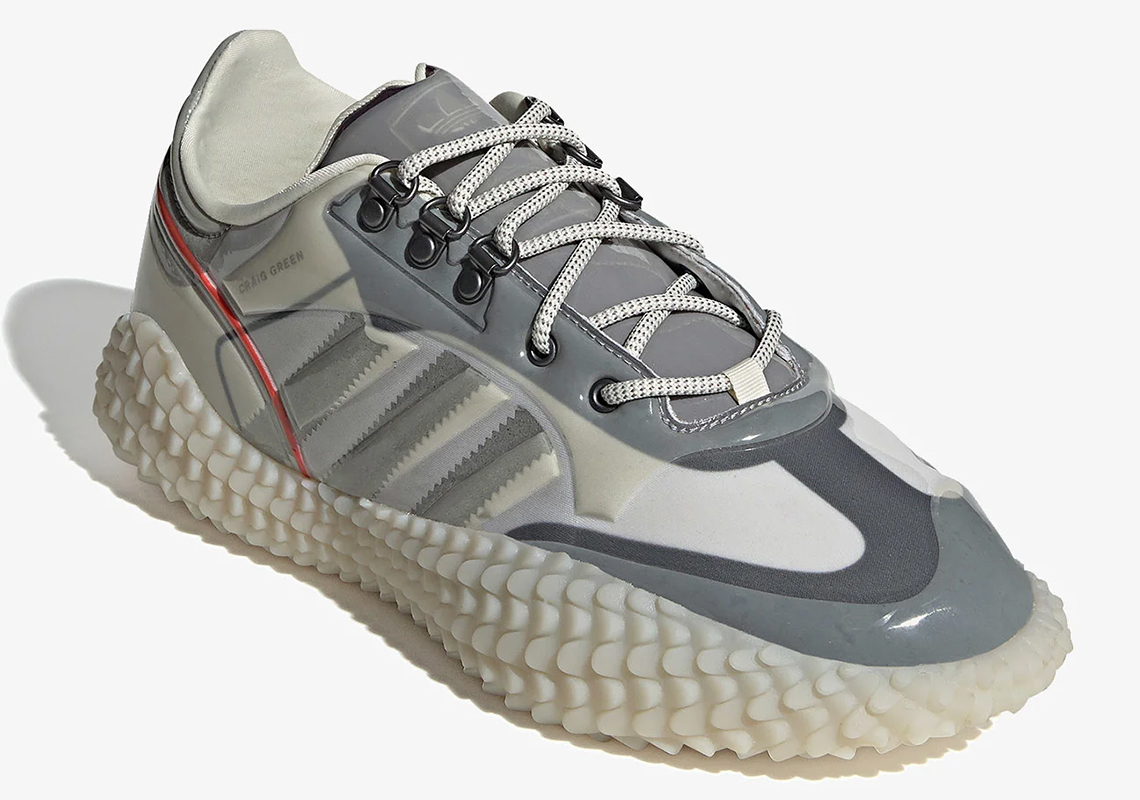 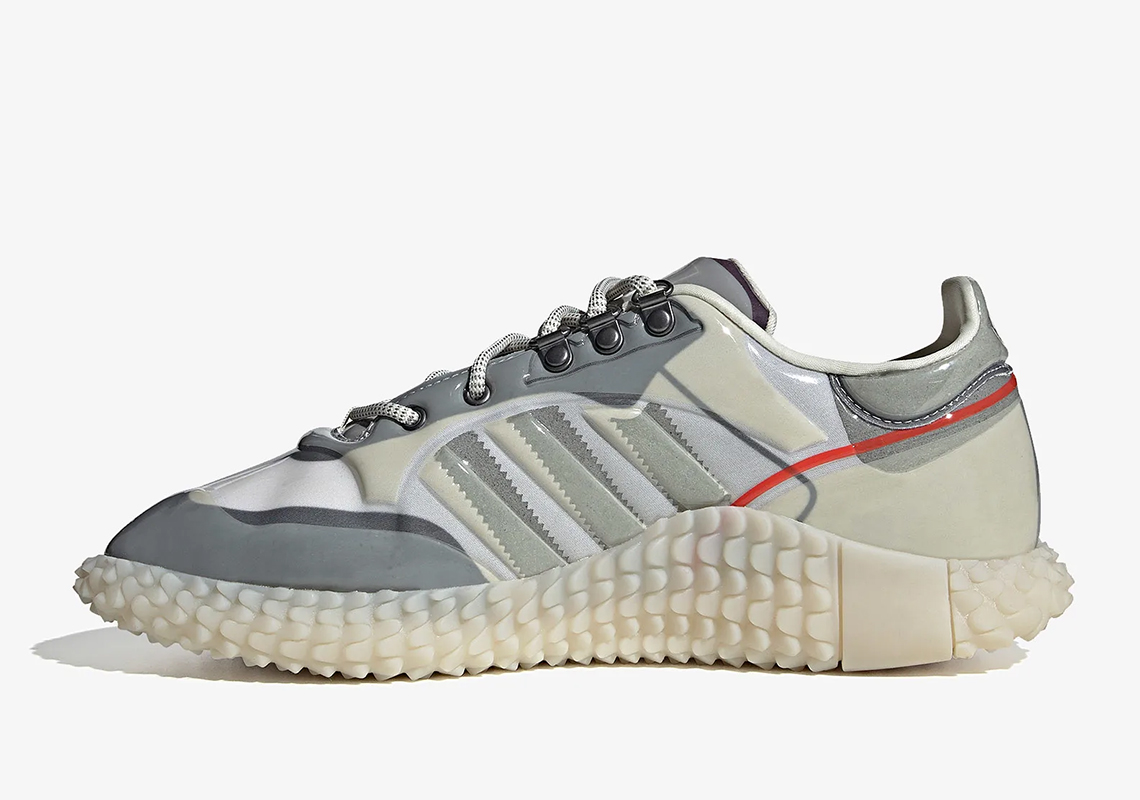 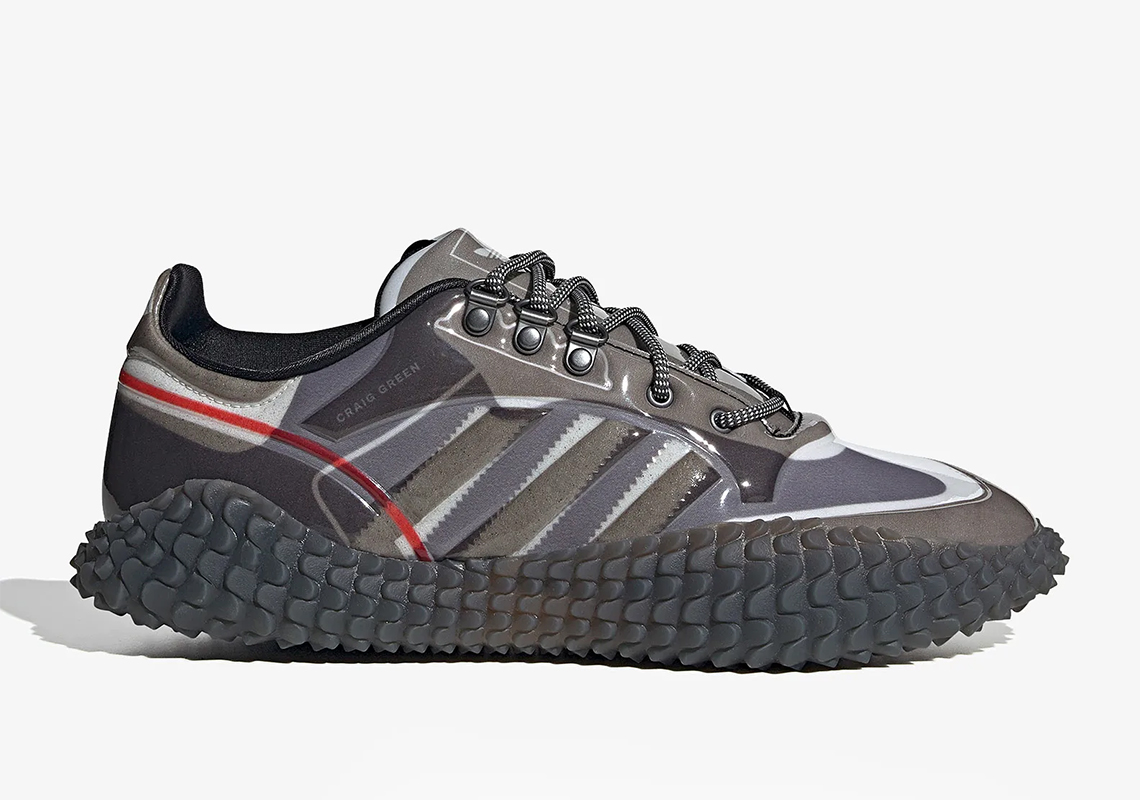 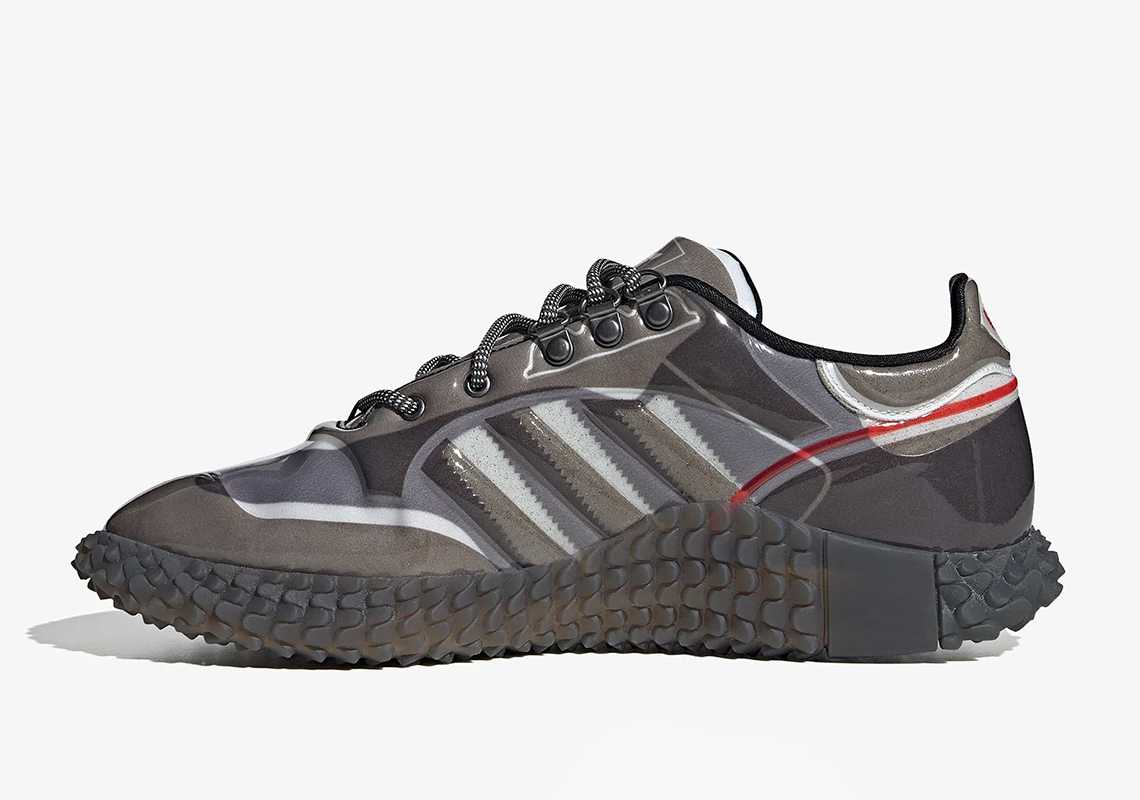 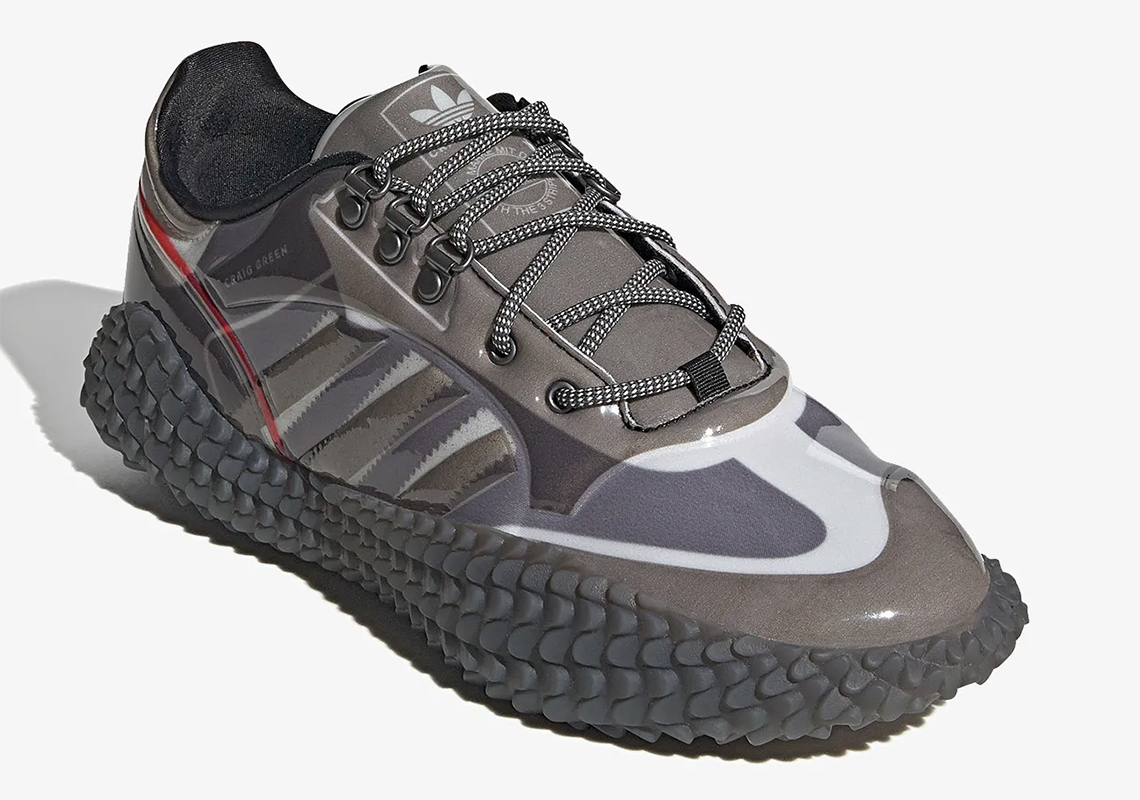 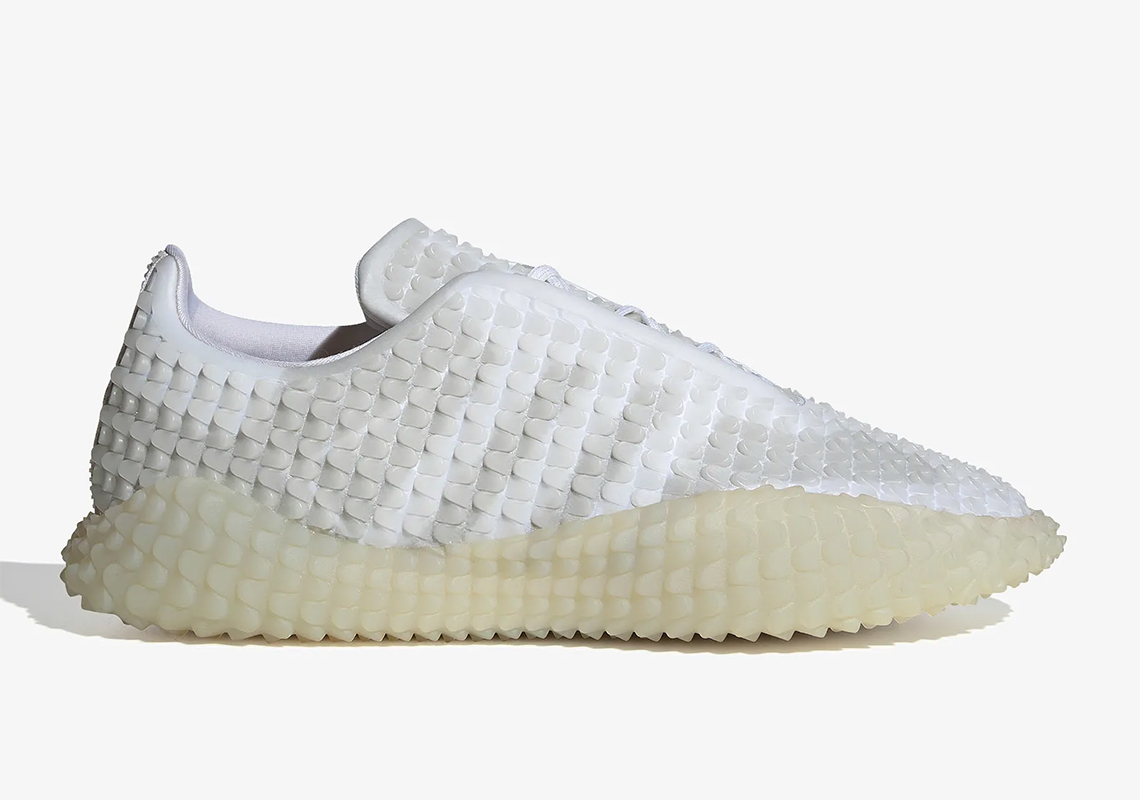 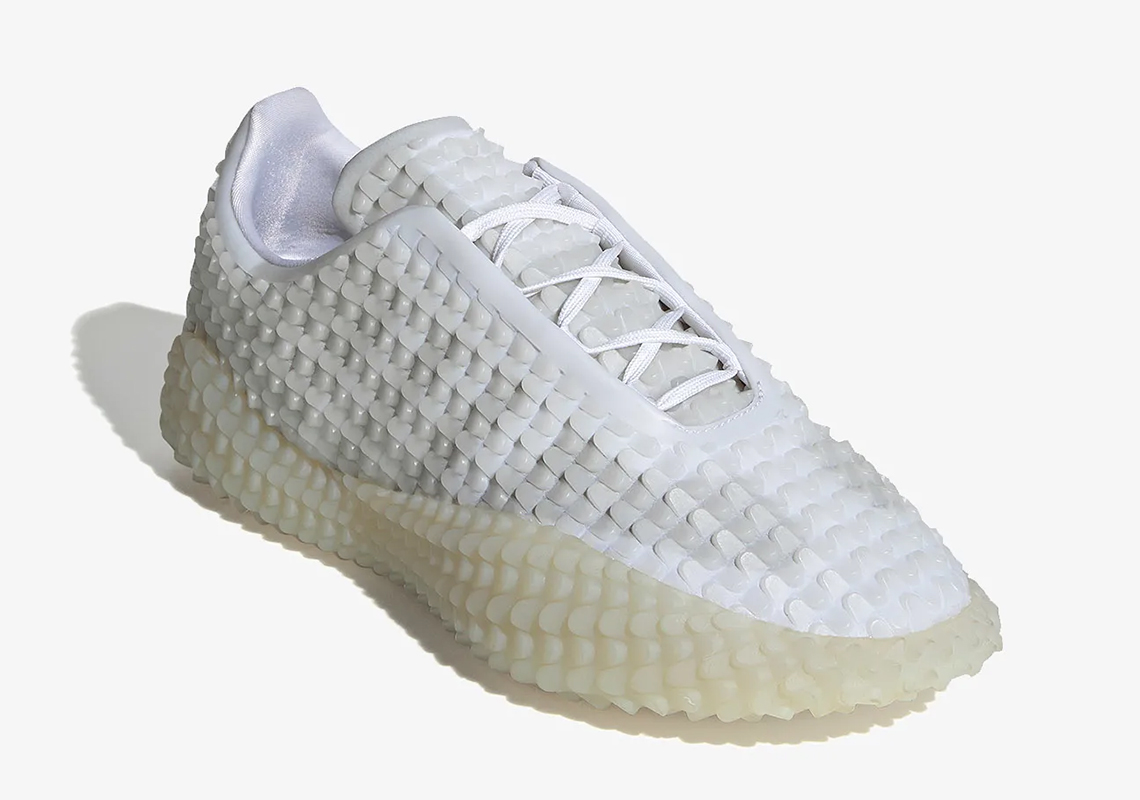 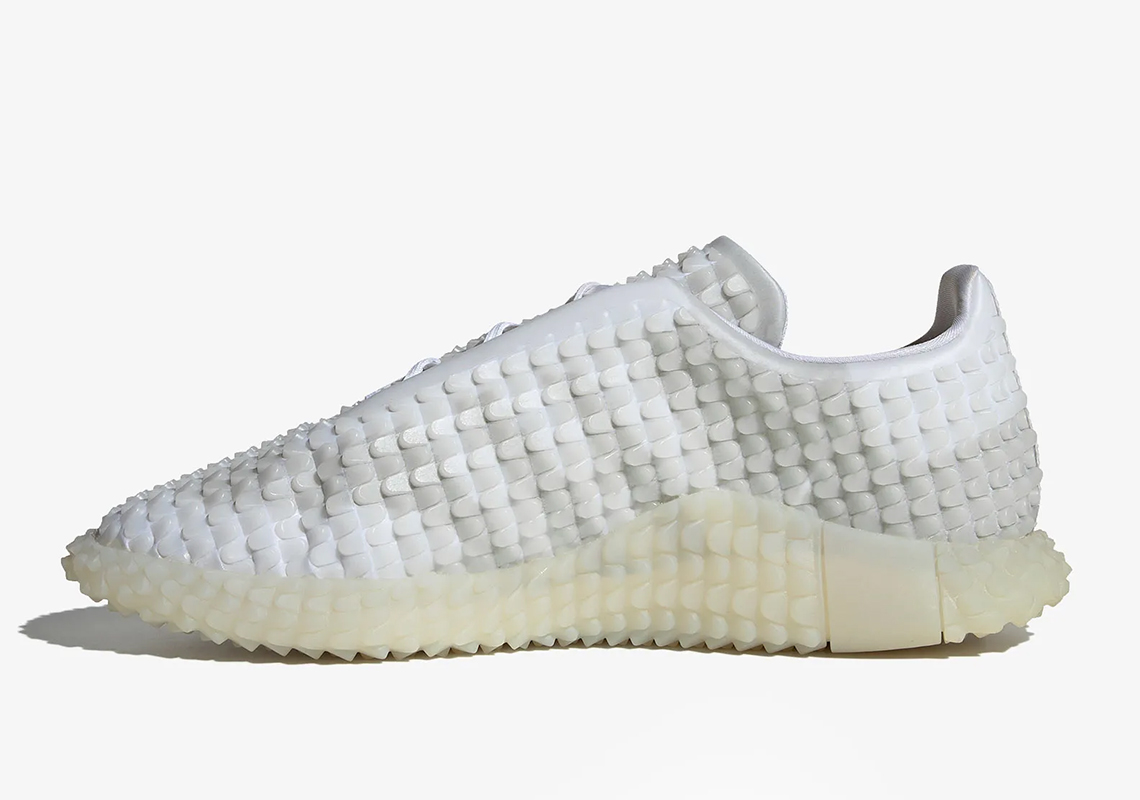 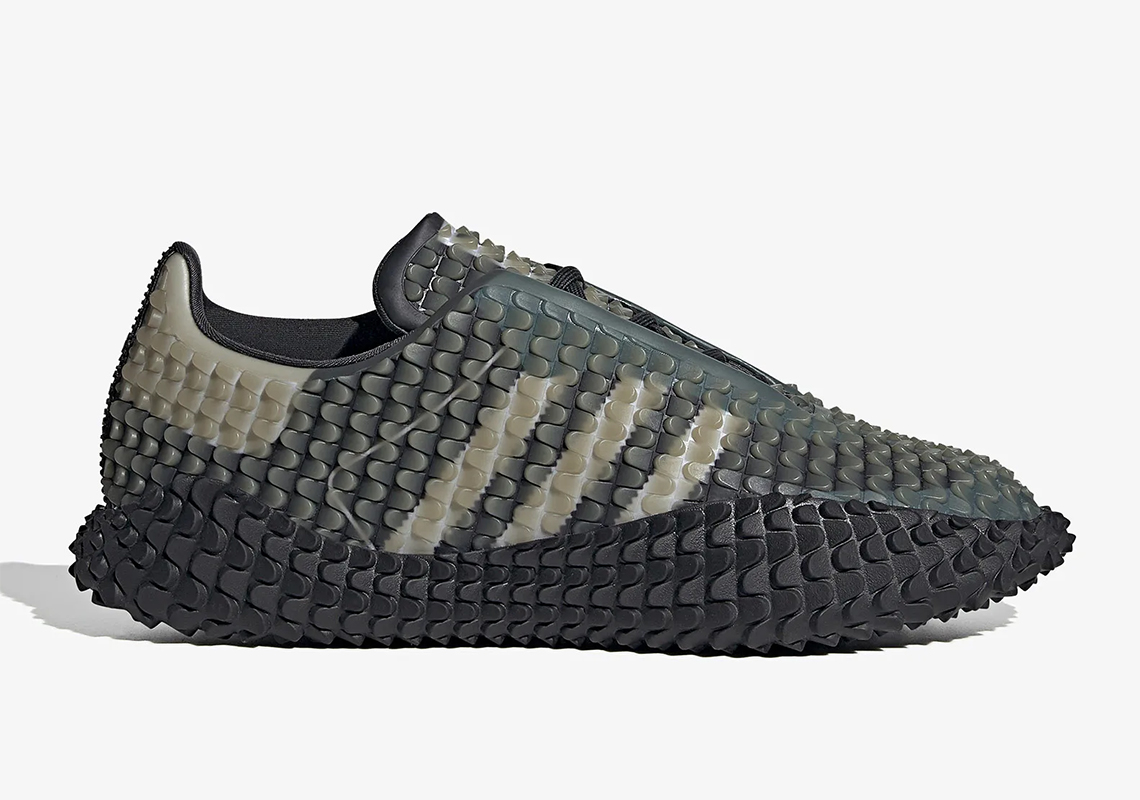 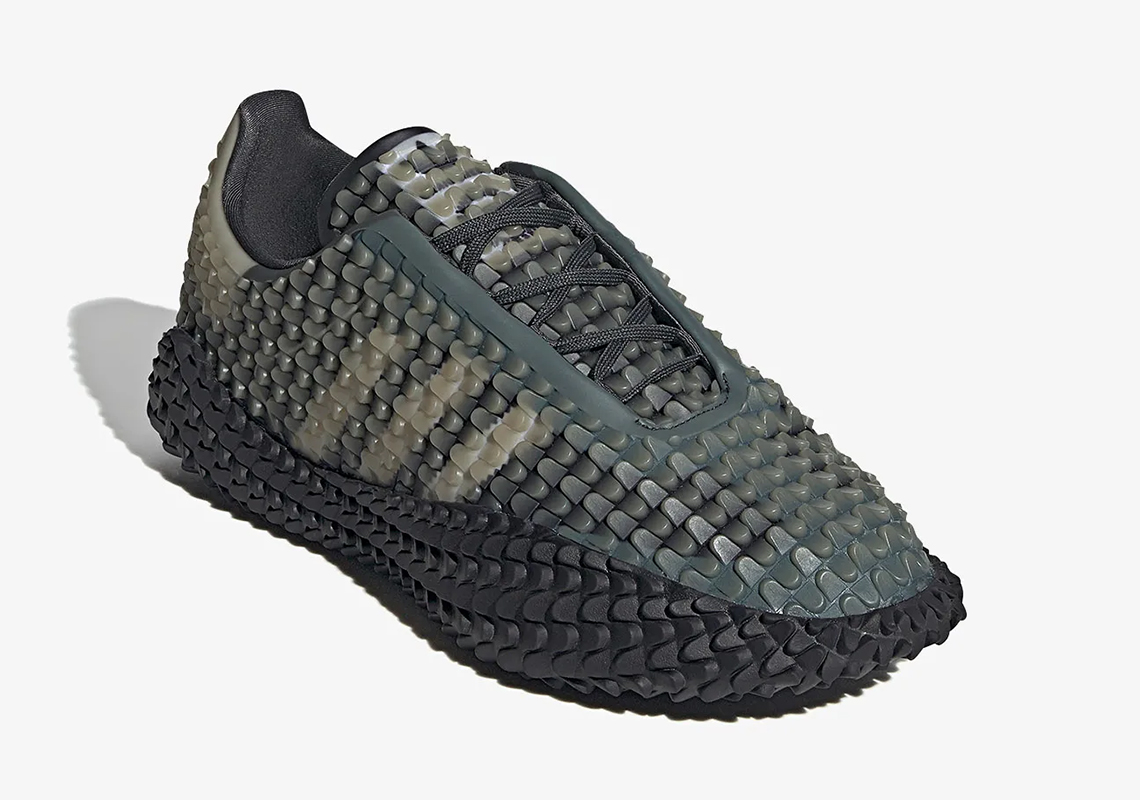 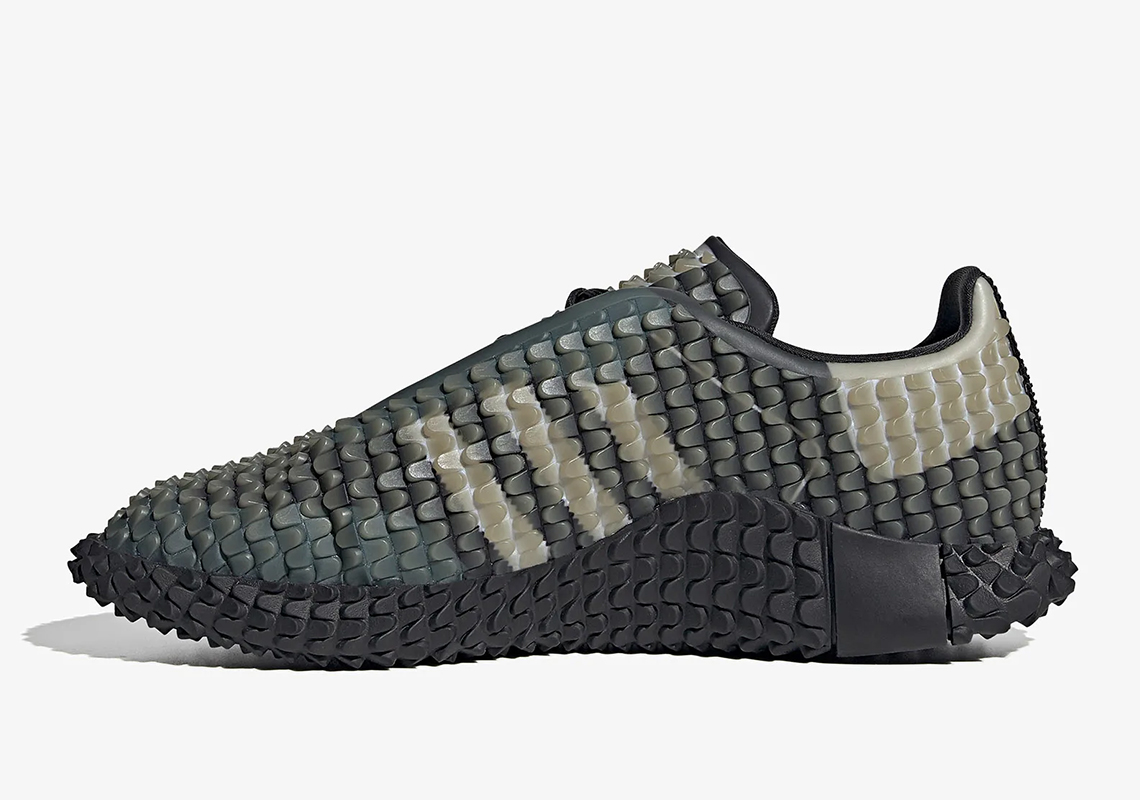 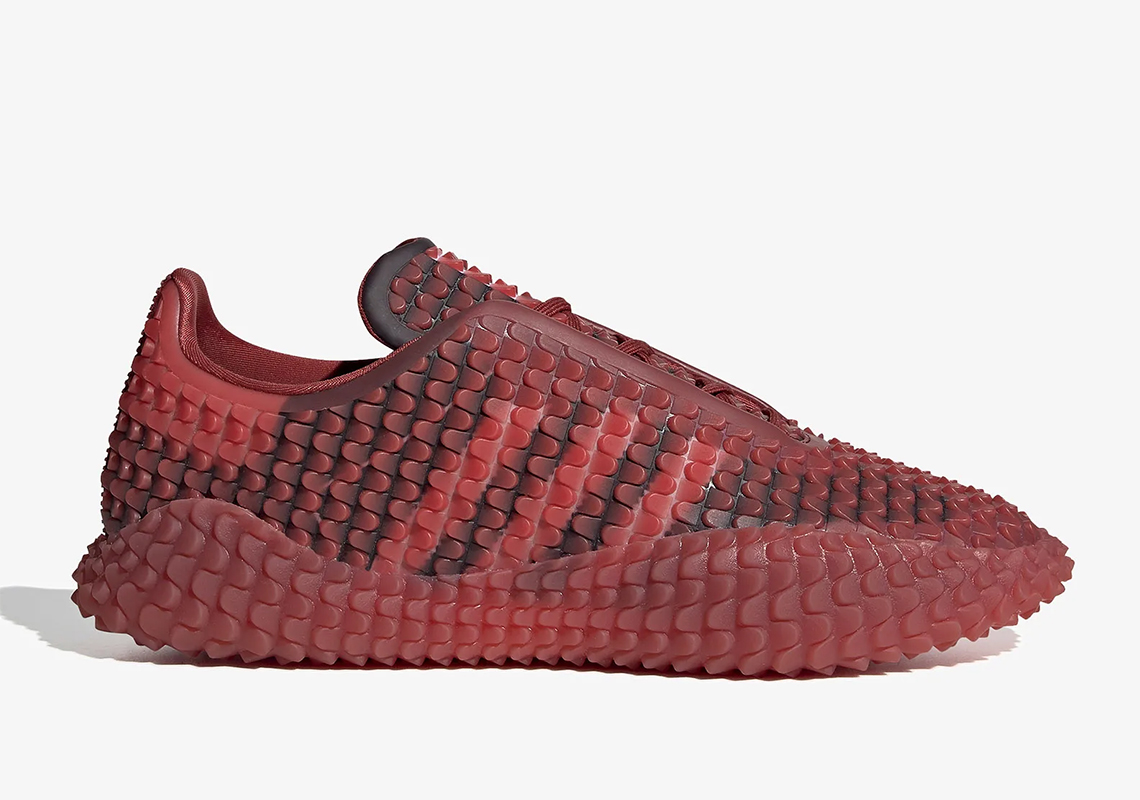 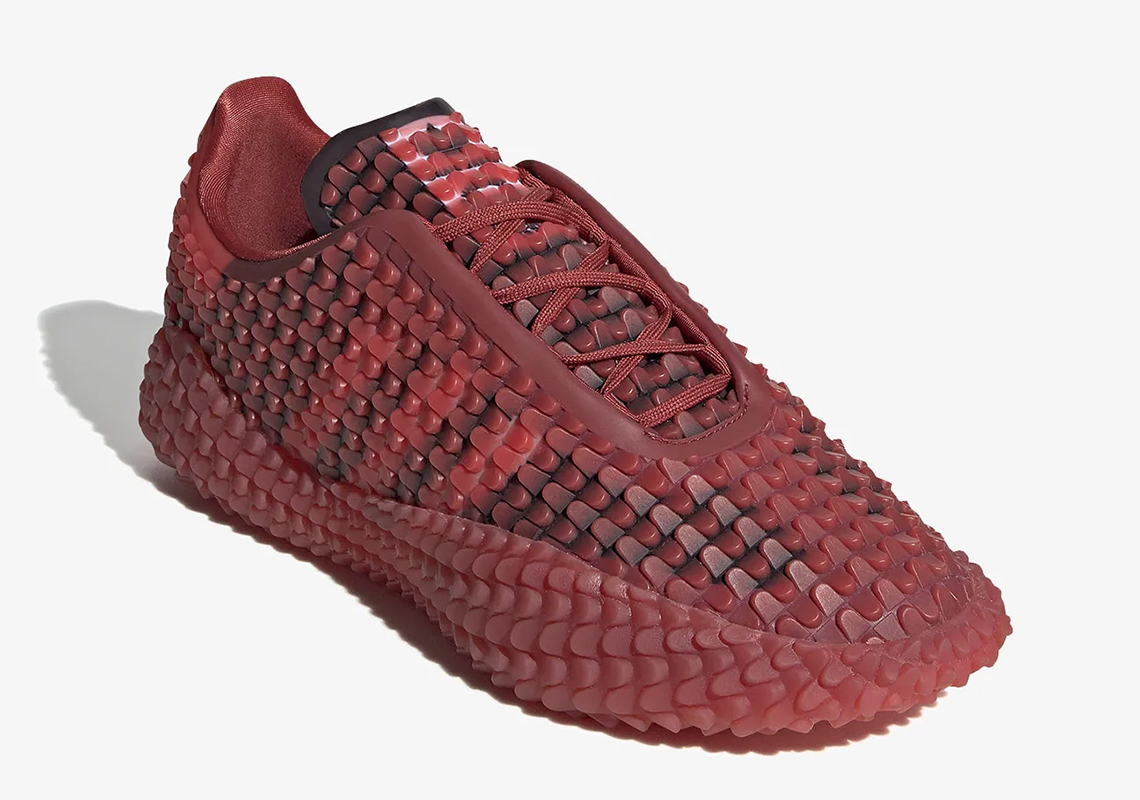 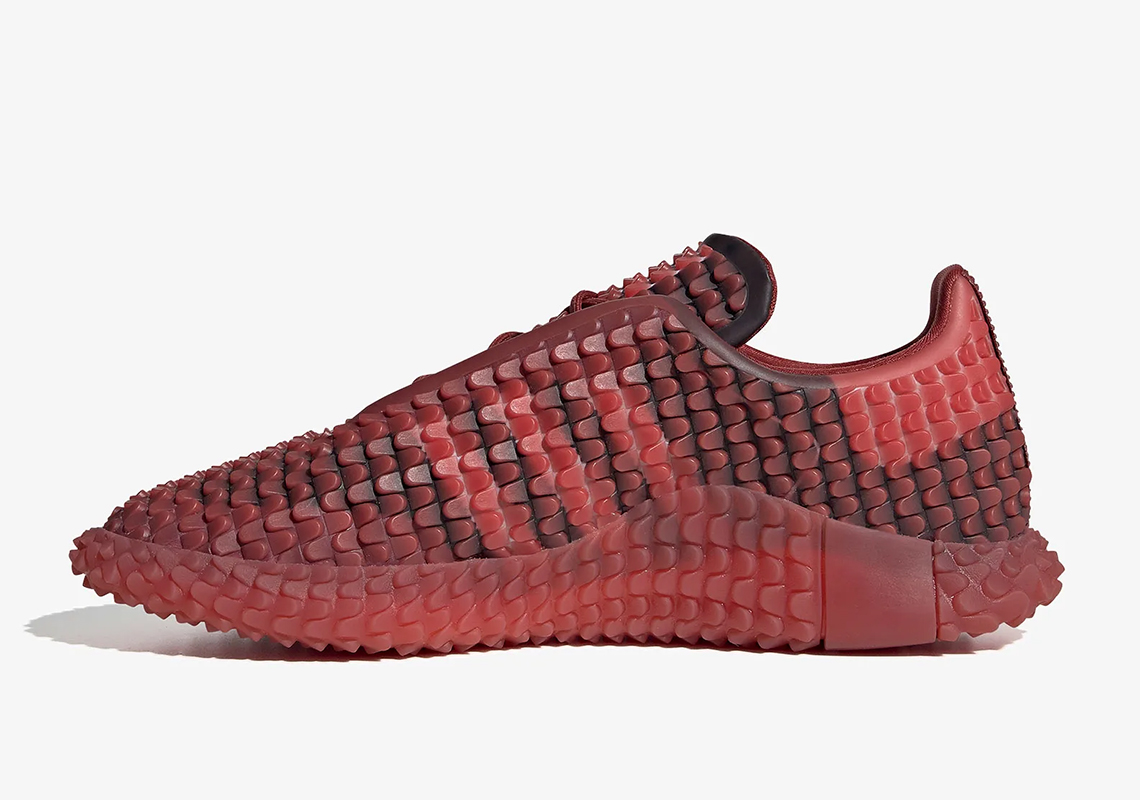 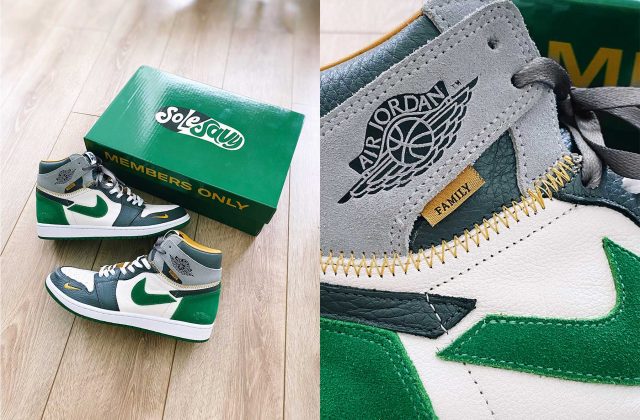 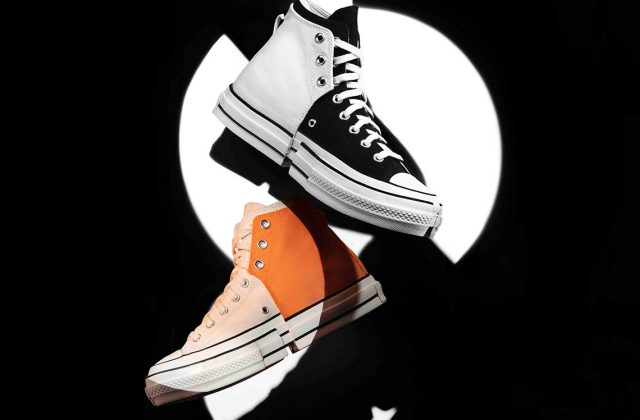 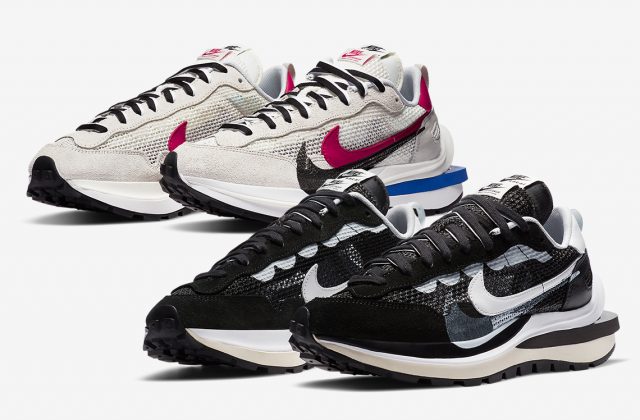