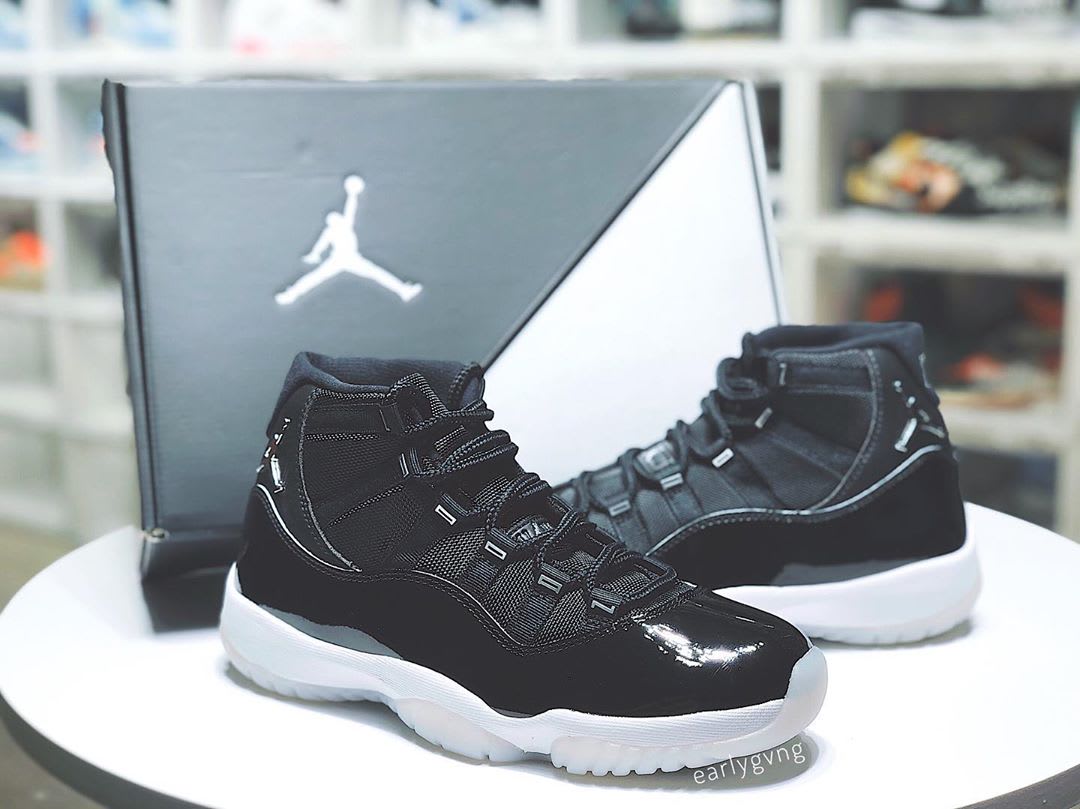 Jordan has a long-standing tradition of releasing a special edition Jordan 11 sneaker around the Holiday season. These drops are among the most popular of the year and often have incredible stock numbers as seen with last year’s record-breaking AJ 11 “Bred” release. The Jumpman is rumored to continue this trend this December which aligns perfectly with the model’s 25th anniversary. Appropriately named the AJ 11 “25th Anniversary” we now have a closer look at these celebratory kicks.

The majority of the sneaker comes in the same black mesh and patent leather construction as last year’s Breds, with some regal flair added. The Jumpman logo on the heel comes in the form of a silver emblem as opposed to stamped leather. This matches the silver embroidered Jumpan logo on the lower tongue and the “23” branded emblem on the heel. Underneath the patent leather paneling comes a bright white midsole with a translucent outsole that compliments the silver tones nicely. A nicely hidden detail is the “25” text on the insole in reference to the shoe’s quarter-century anniversary. A special edition box in silver and black is also included. The shoes are tentatively rumored for a December 12th release for $220 USD.

Scroll below for further images.
Photos by @earlygvng 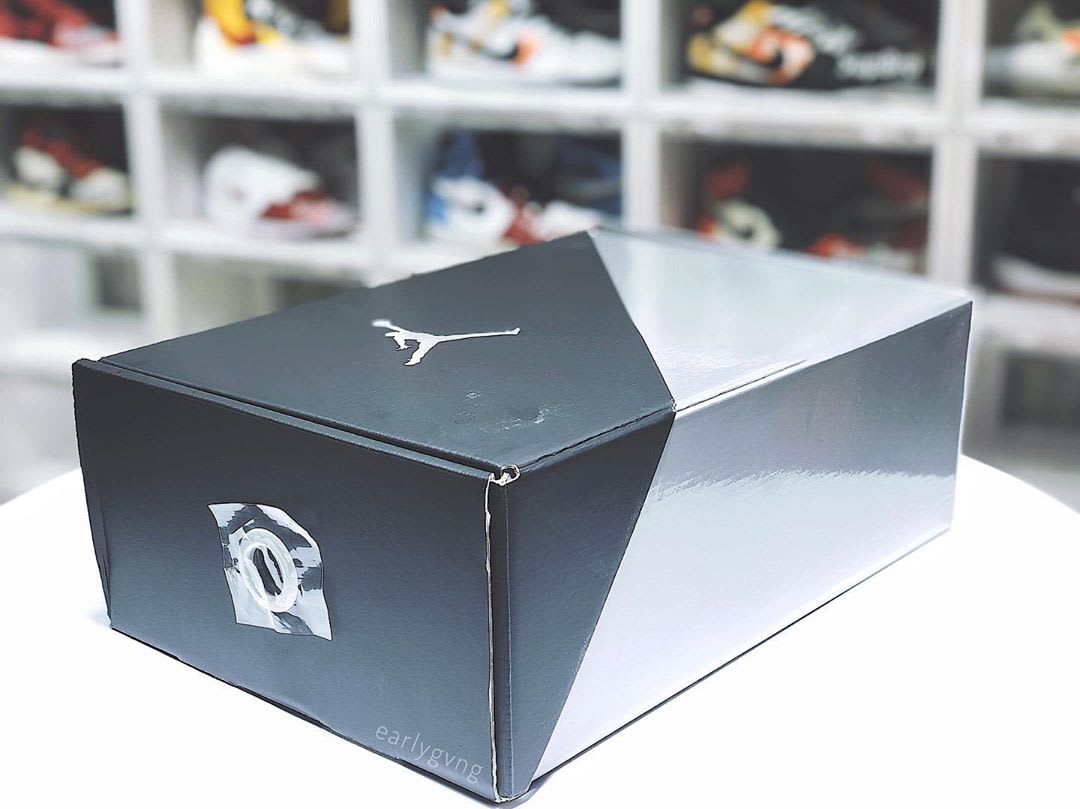 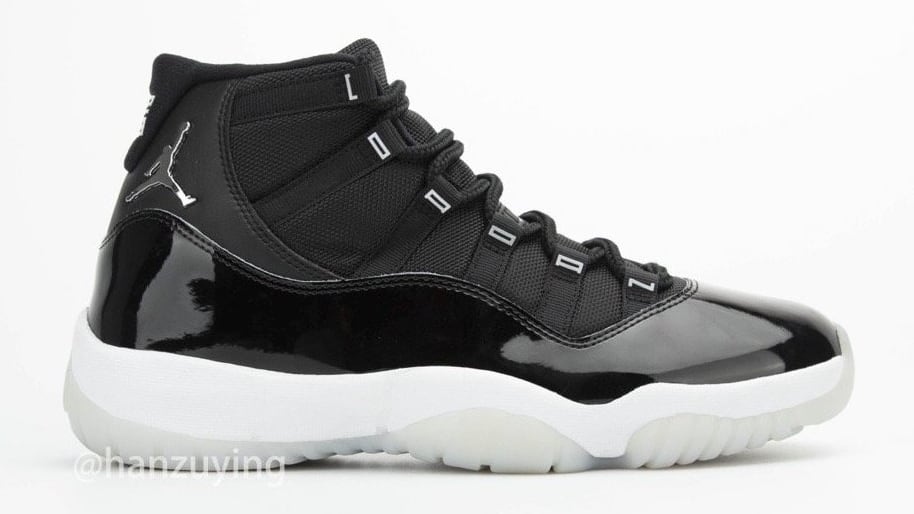 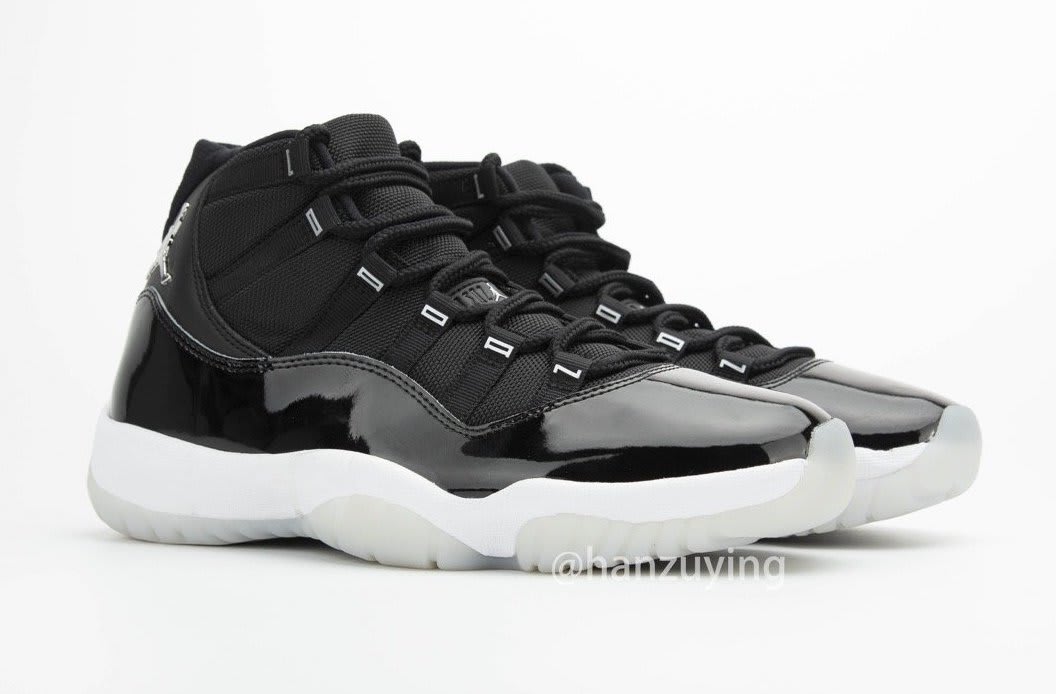 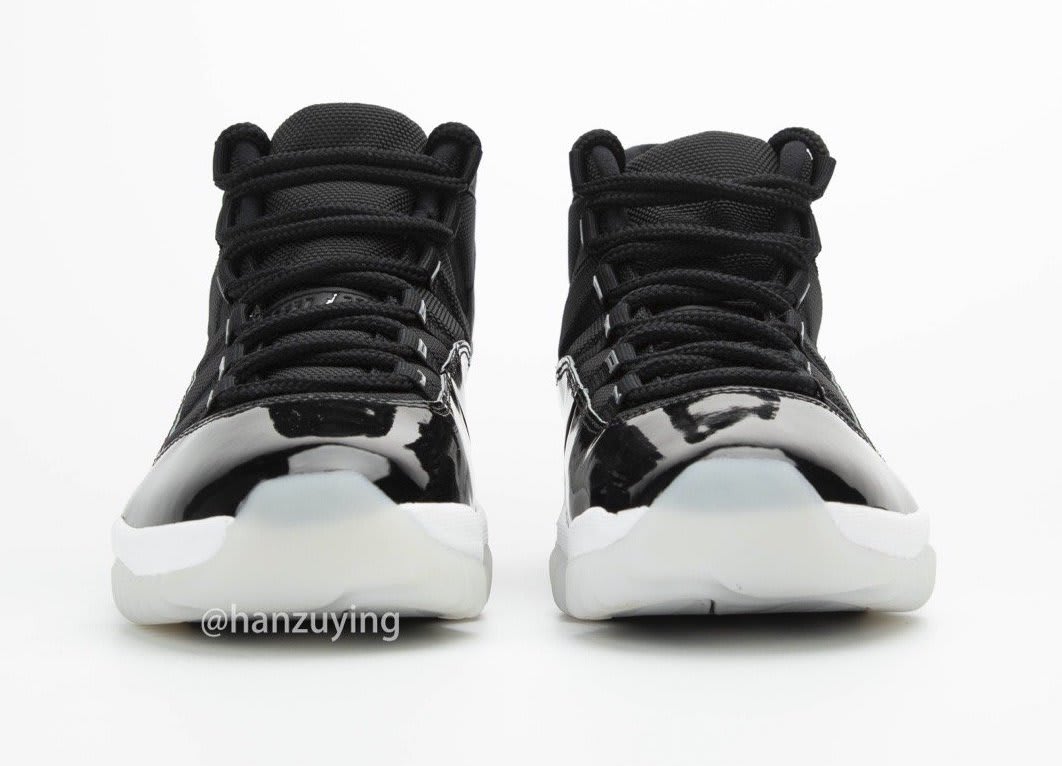 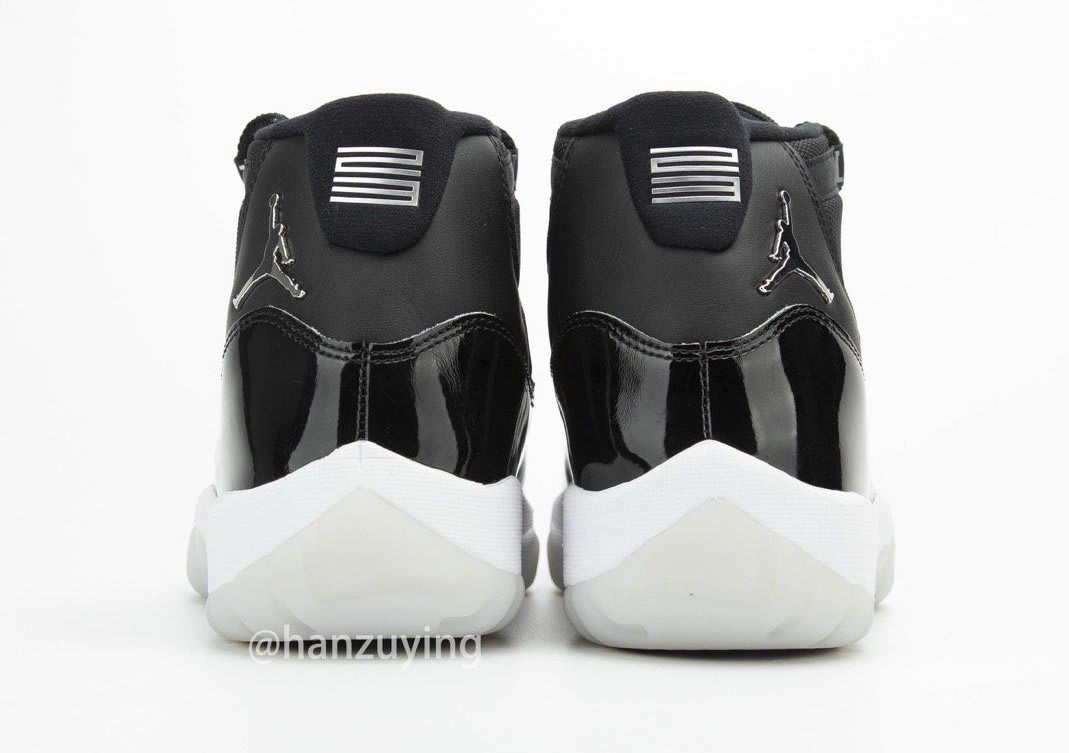