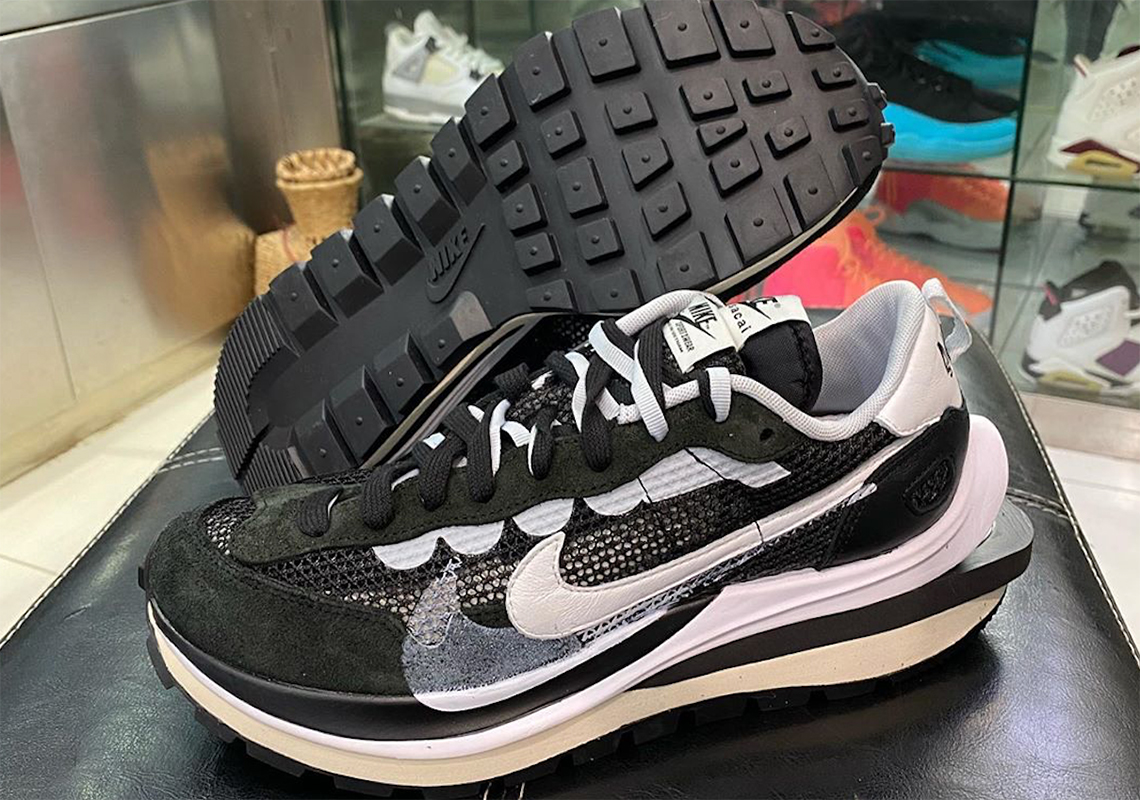 In the images shown below, we can see that most of the leather and nylon of the previous iteration been eschewed for lightweight mesh and some suede paneling for the lace stays and toebox. The lateral side of the shoe features one leather Swoosh and one Screenprinted Swoosh in a complimentary color, as well as two sets of laces and a double-stacked tongue. One of the tongues dons a “Nike Sportswear” tag while the other has a Nike x sacai co-branded tag.  The most striking element of the Vapor Waffle however has to be sacai’s use of three different midsoles melded together. A Waffle treaded outsole with a thick foam midsole appears at the bottom of the shoe, followed by a curved VaporFly-styled running shoe midsole, and wedged in between the two at the heel portion is another midsized foam midsole. While the sneaker does feature thicker materials at the upper’s heelcup, the shoe looks to be a far lighter model than its predecessors despite the trio of midsoles. 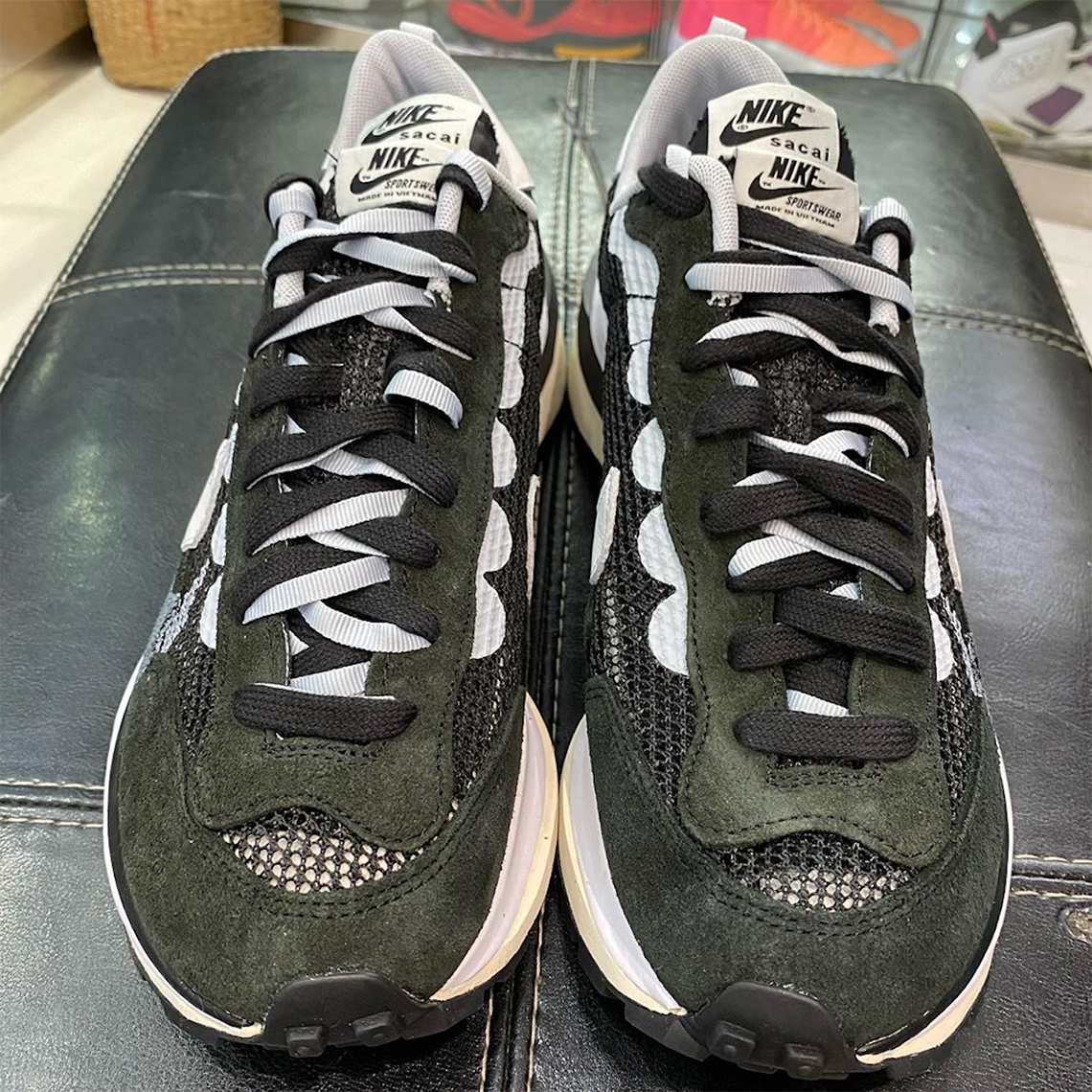 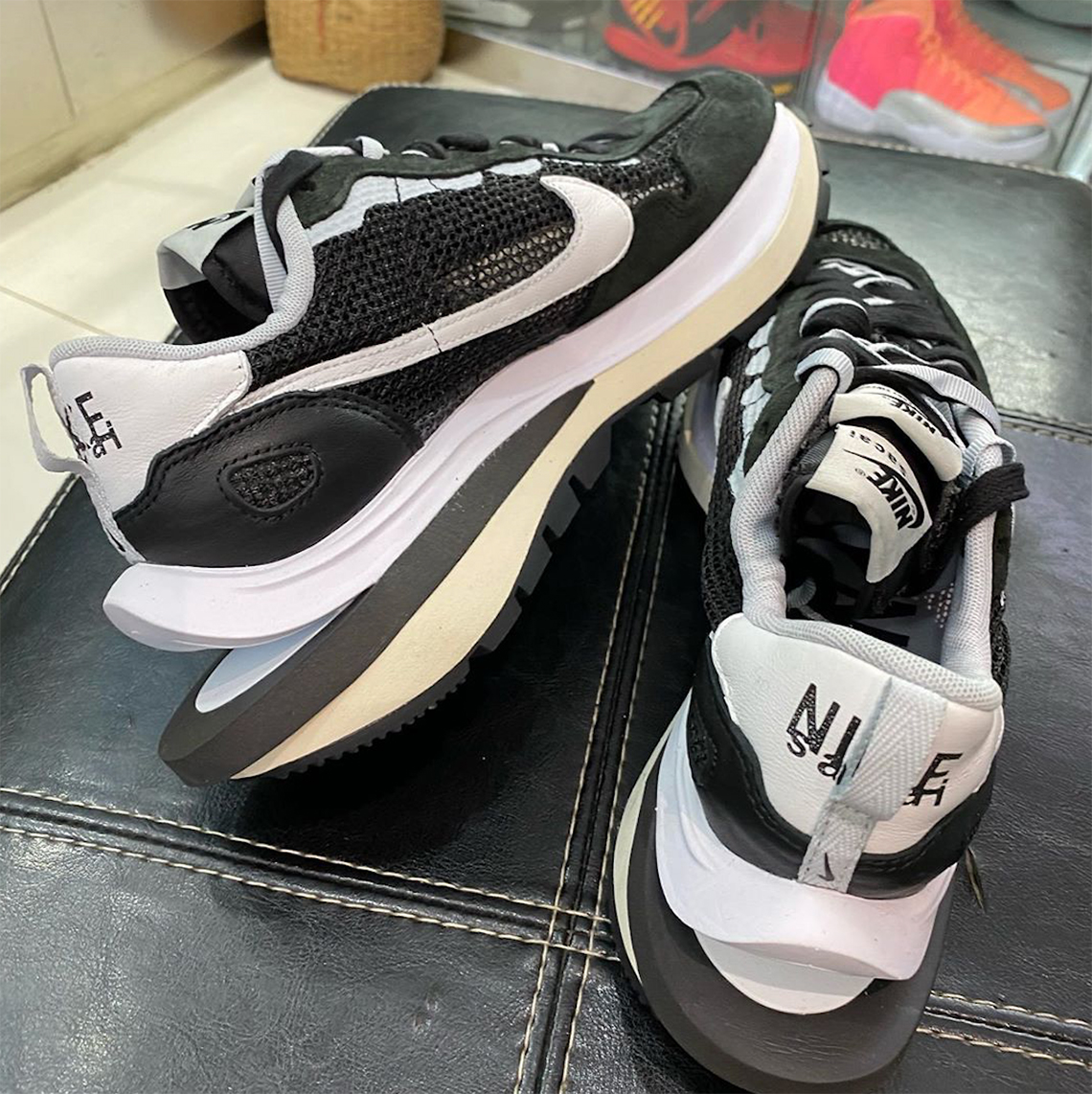 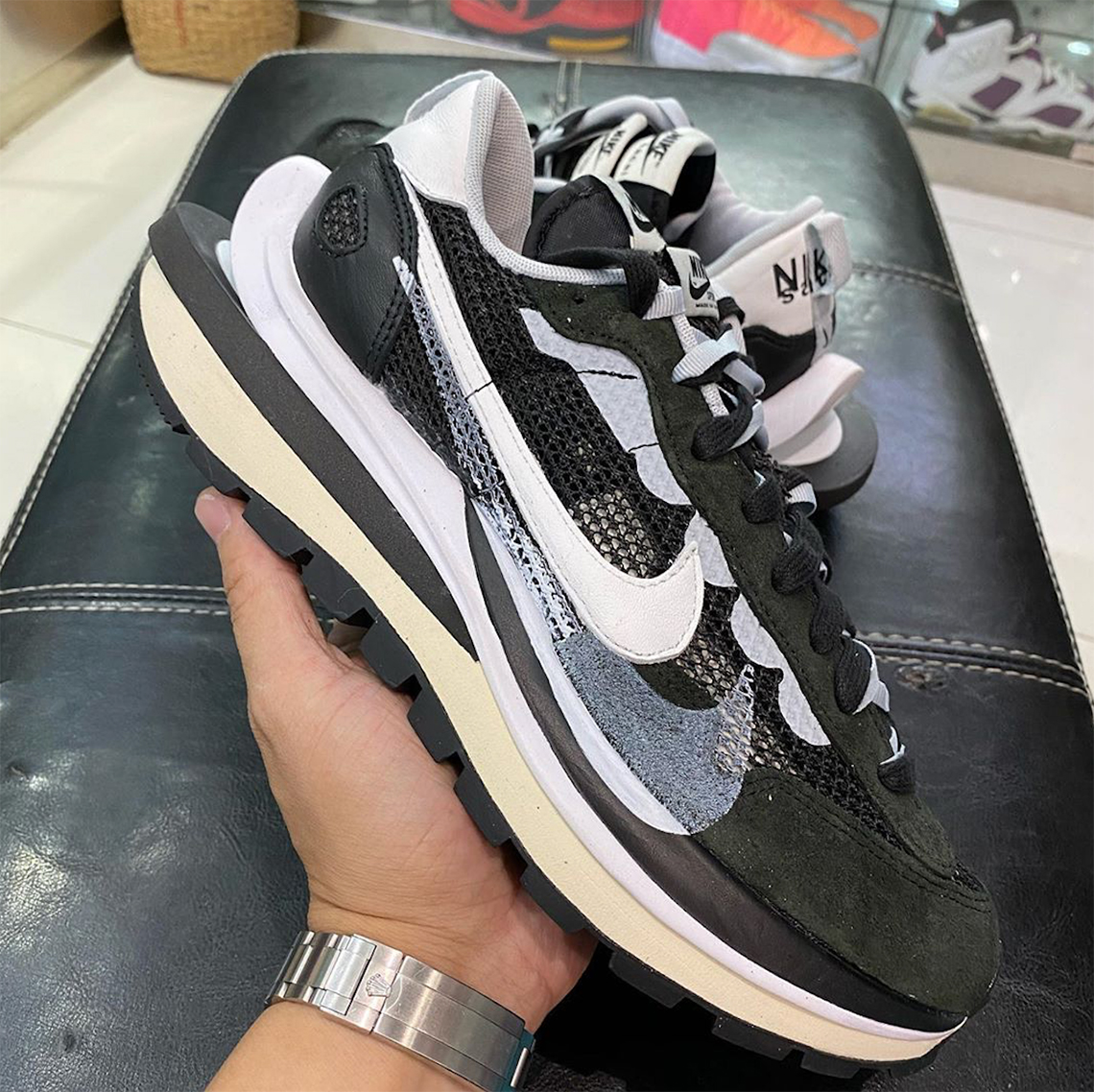 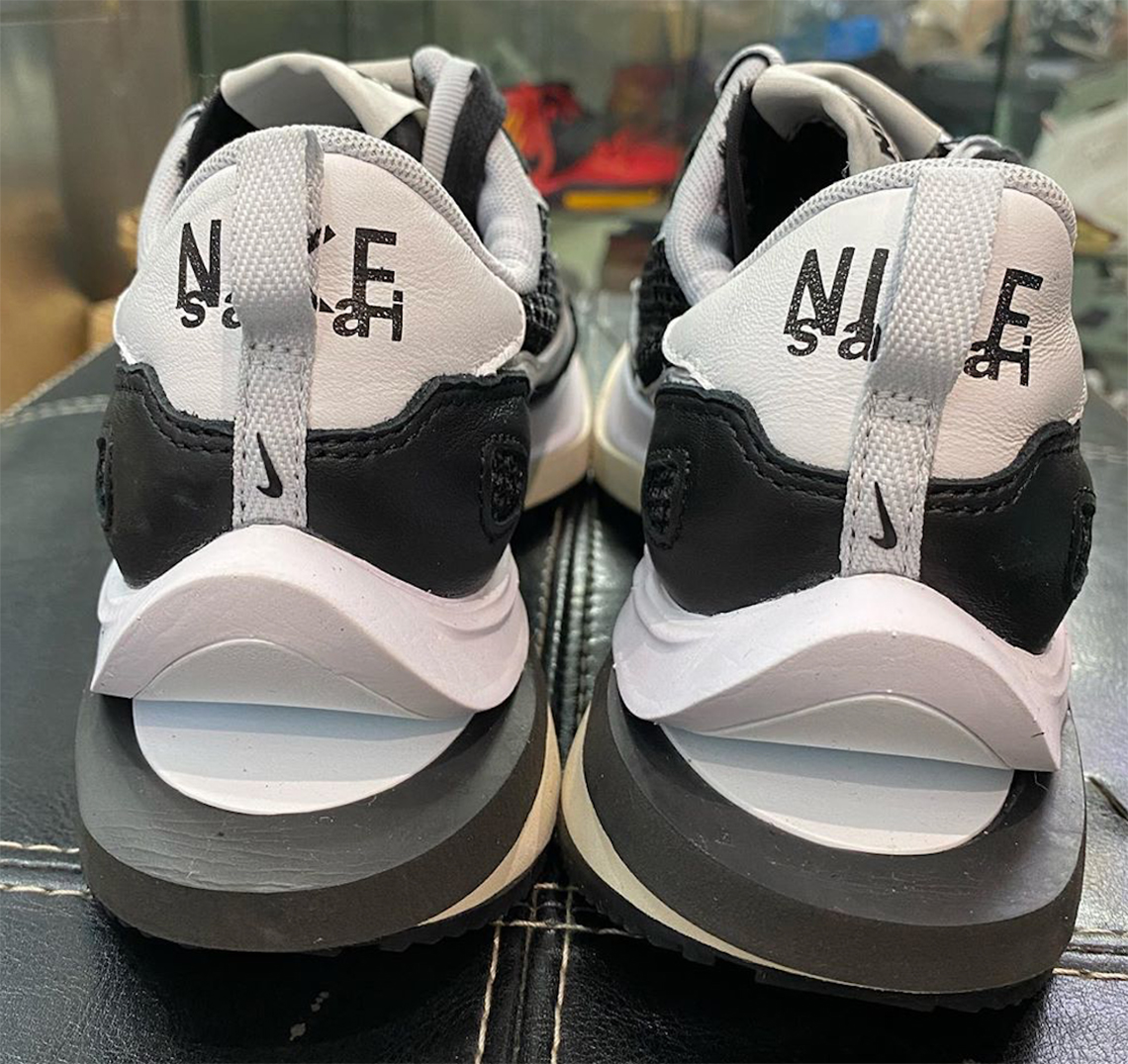 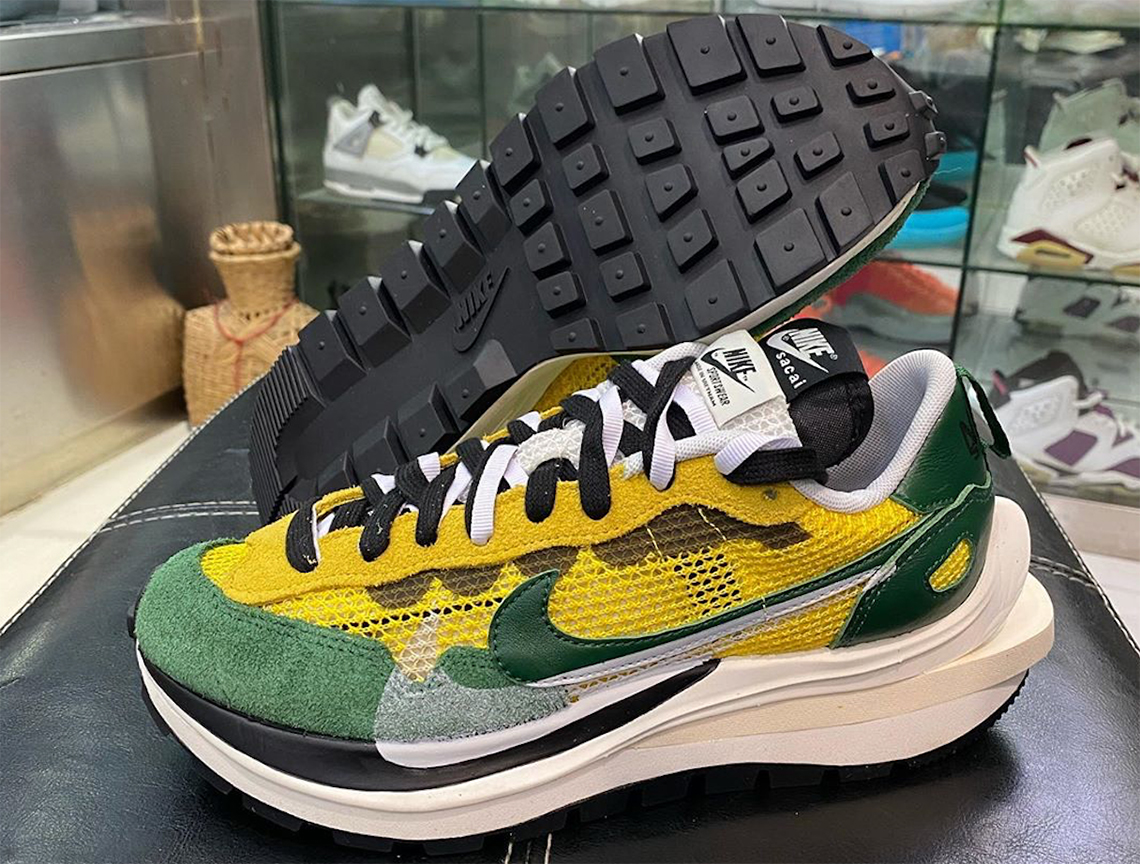 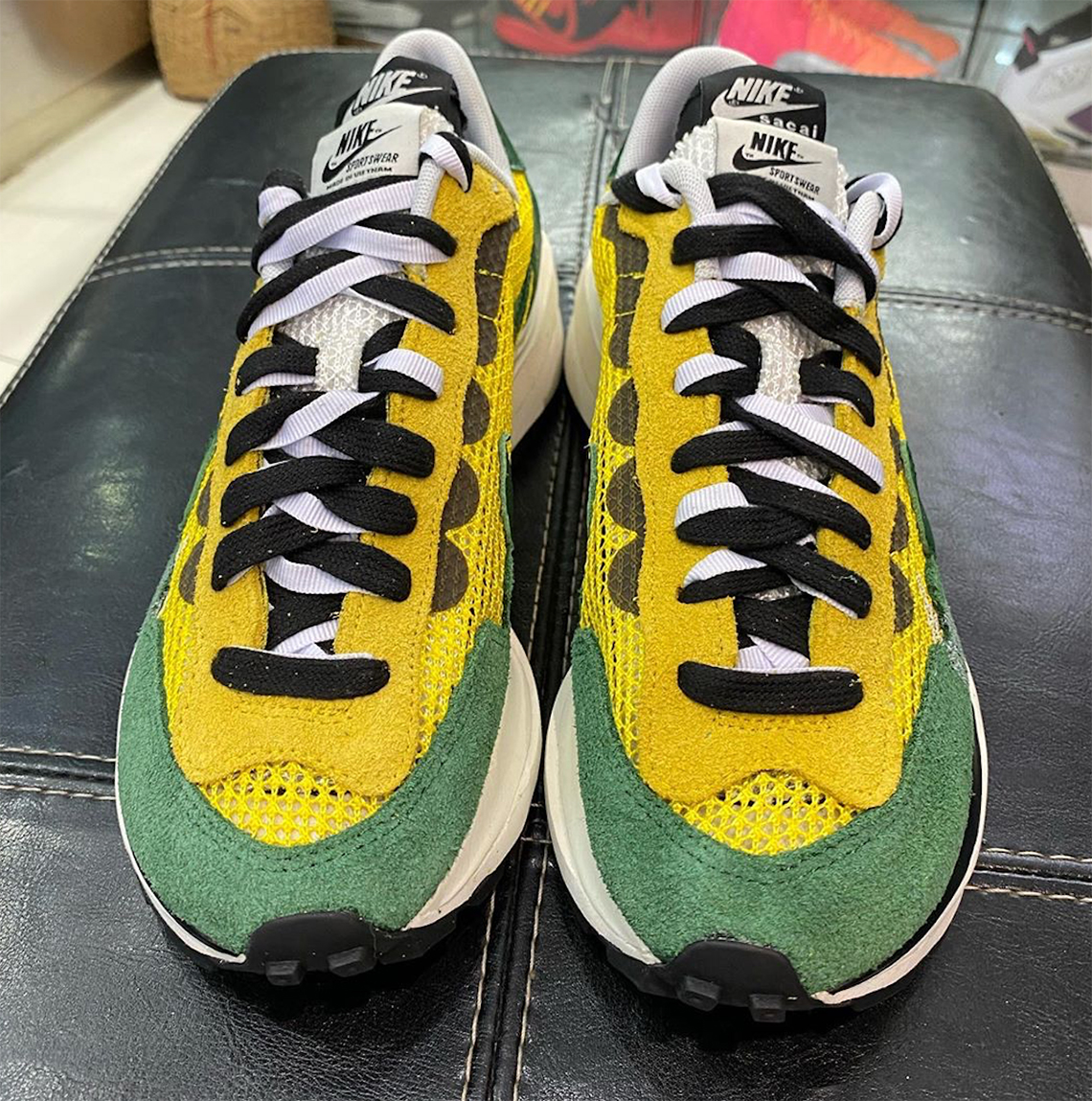 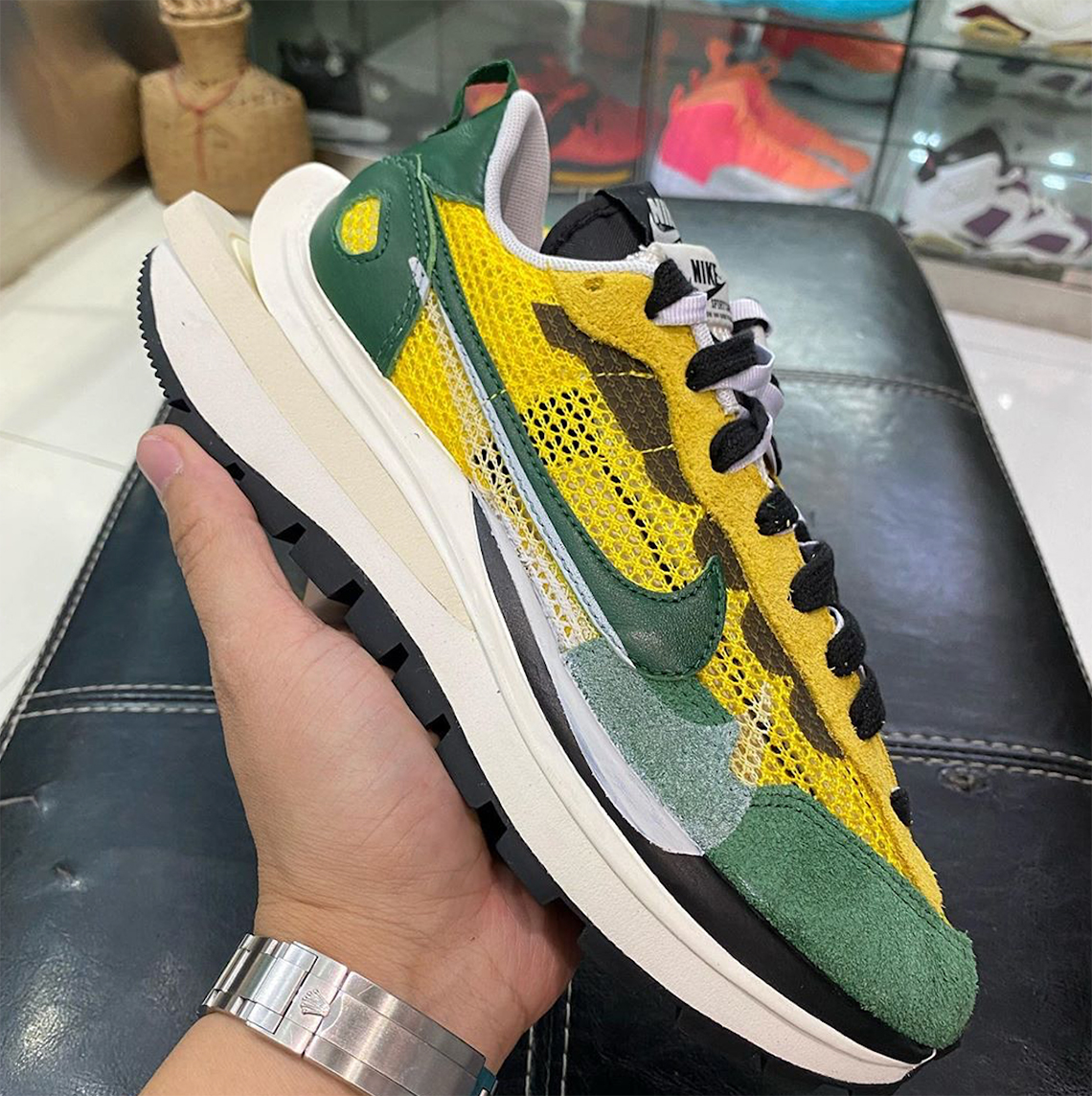 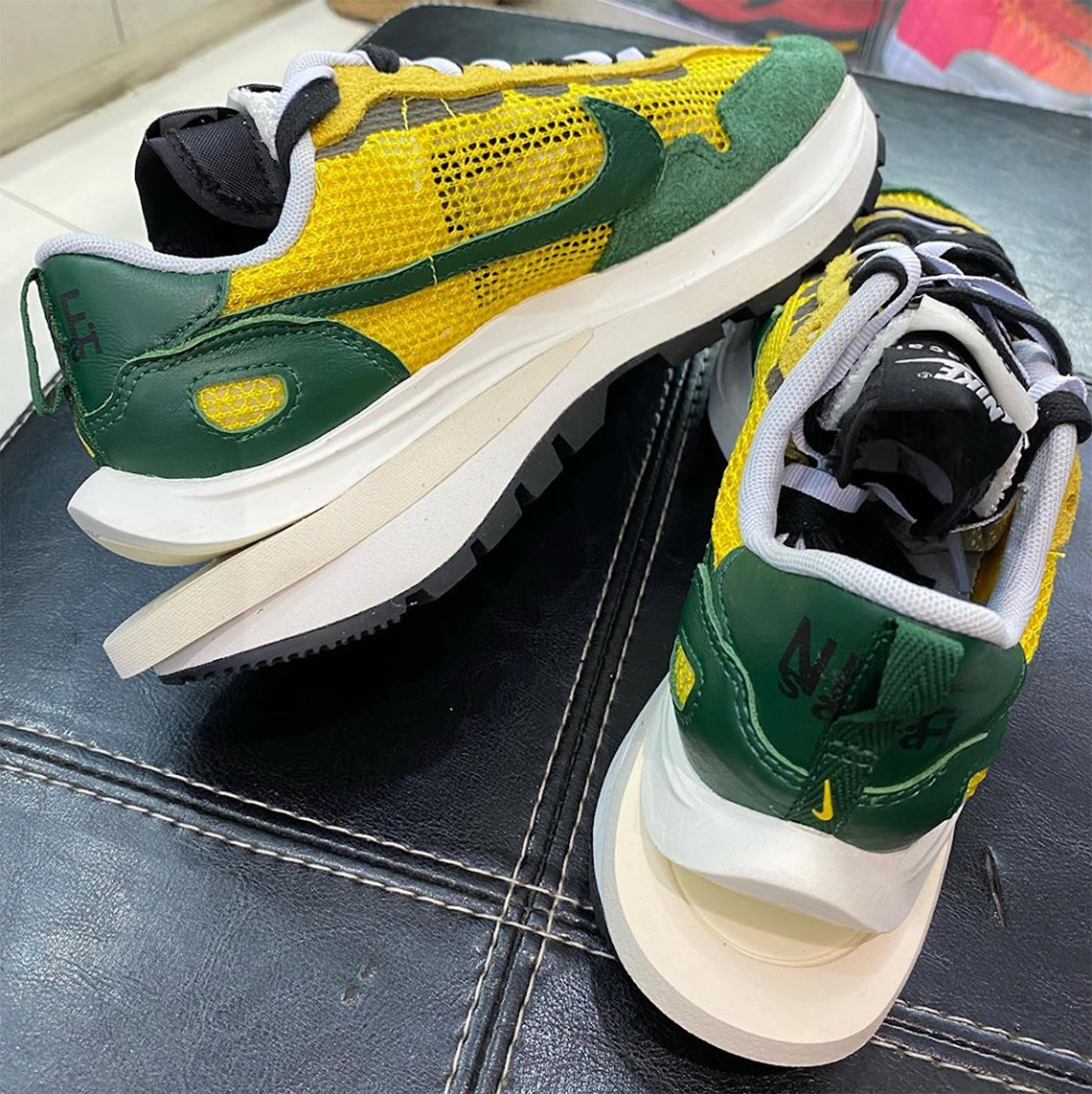 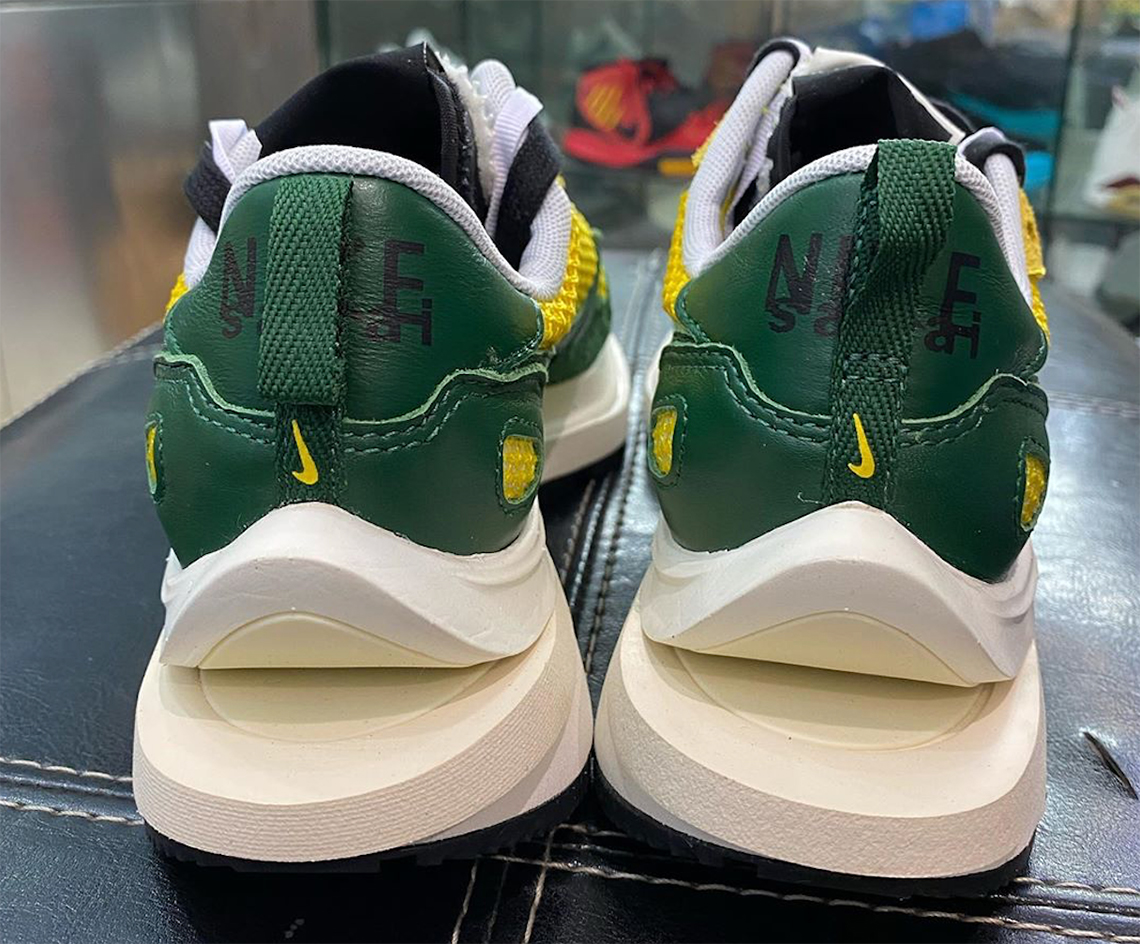 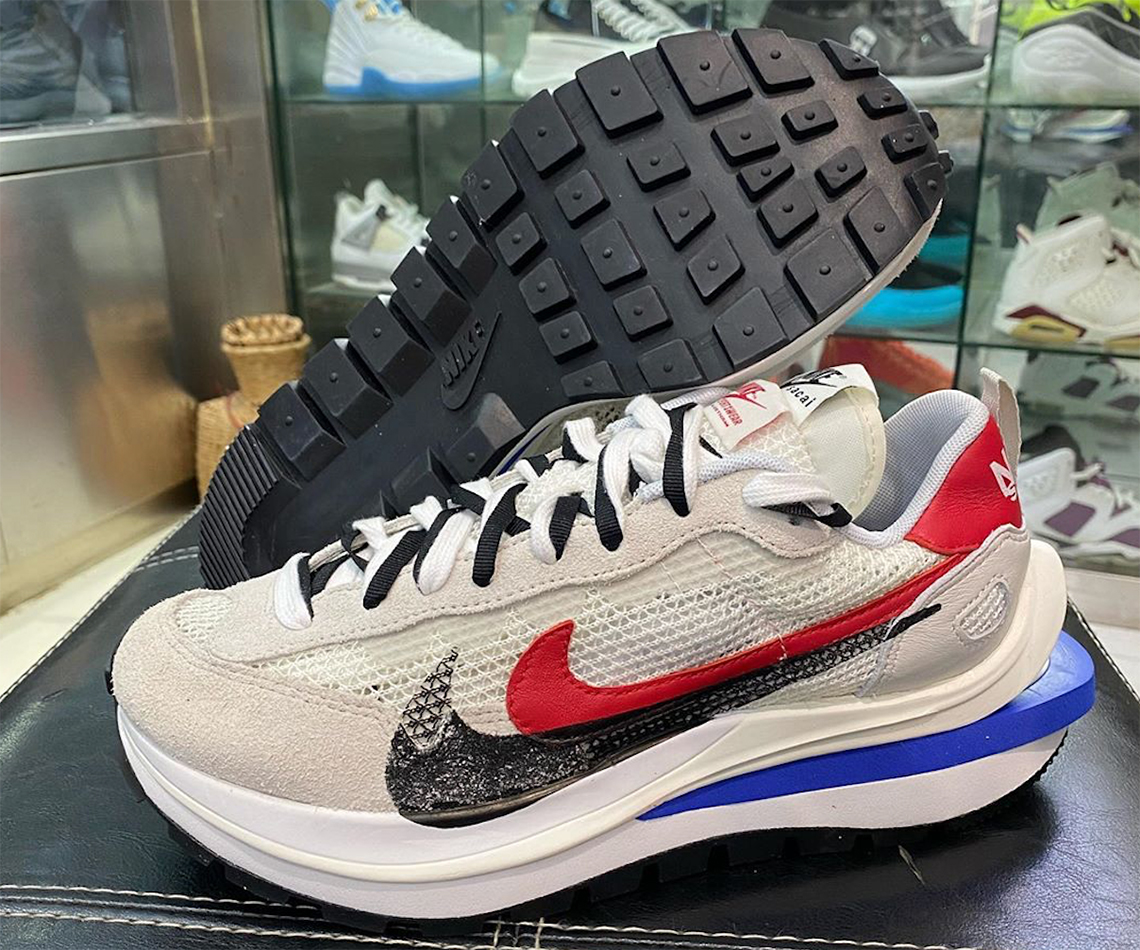 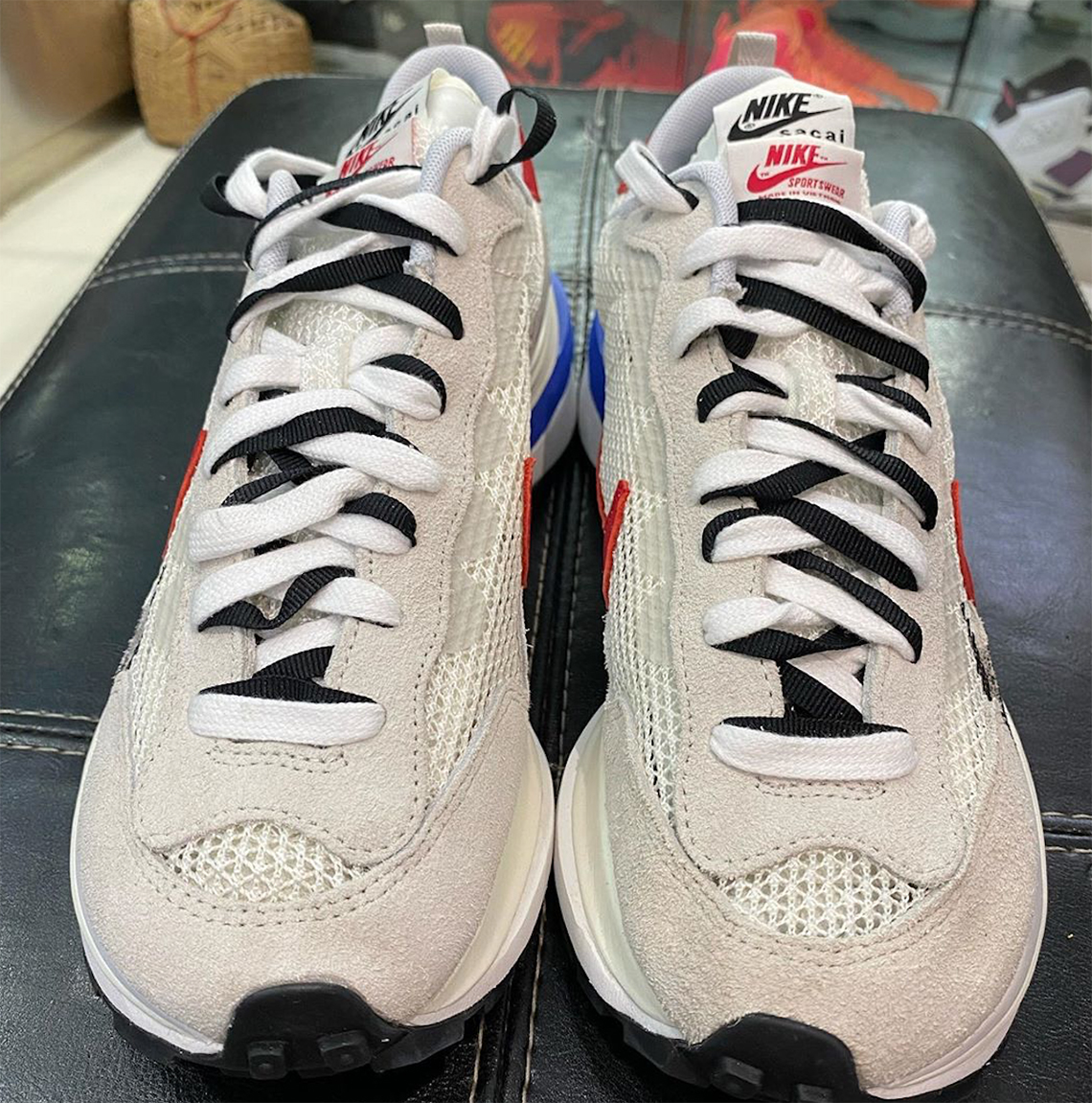 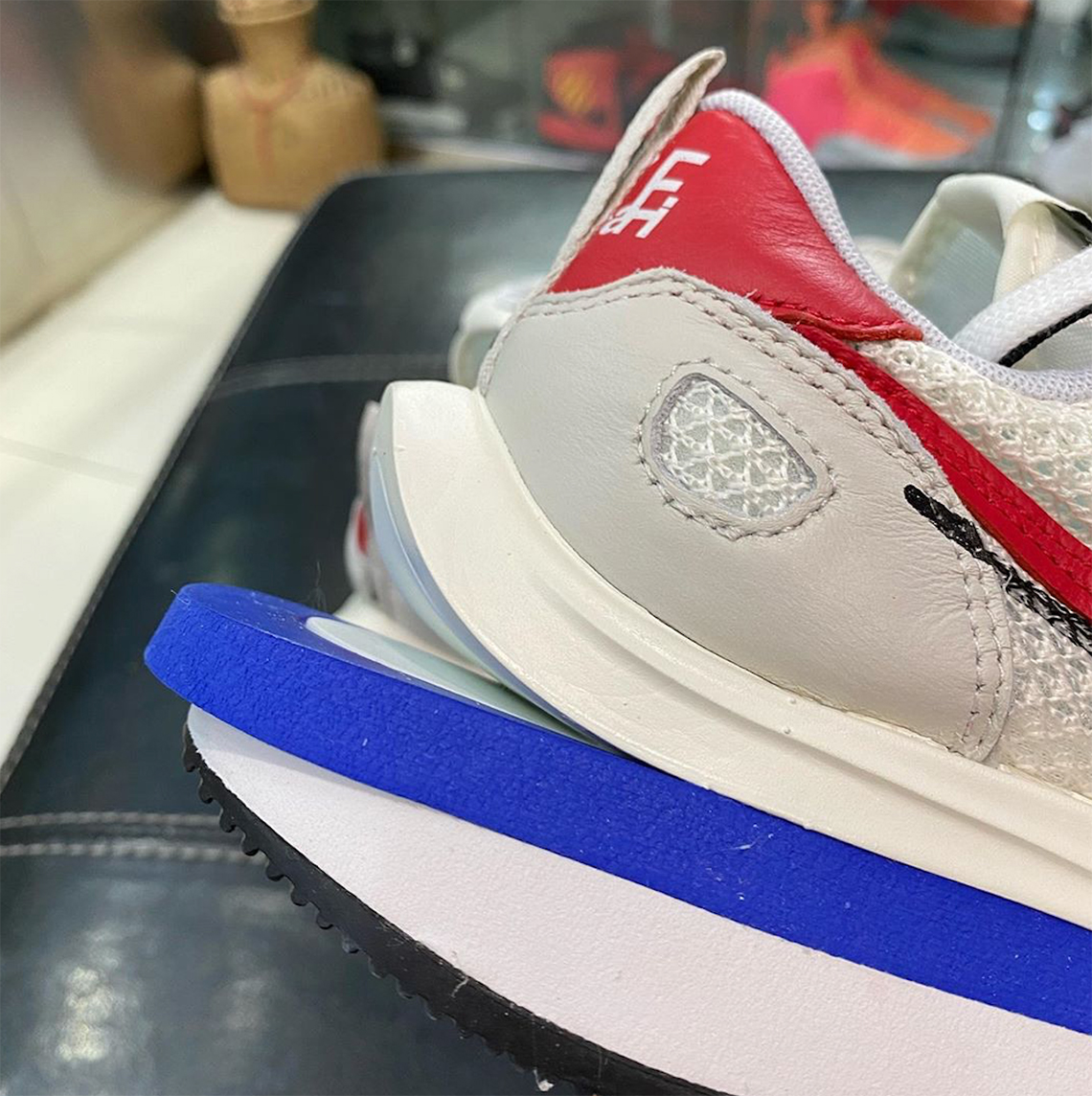