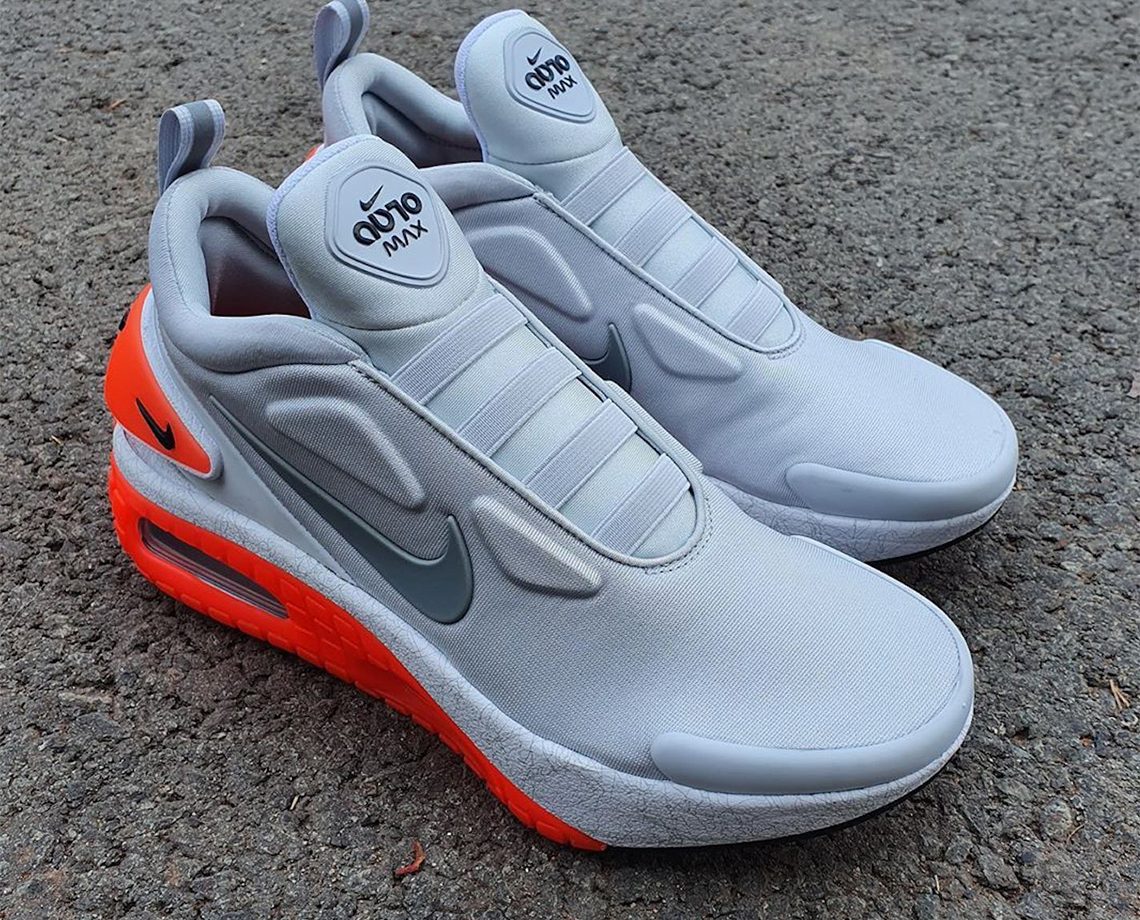 We now have our first glimpse at Nike’s newest self-lacing lifestyle shoe, the Nike Adapt LE-01.

Like other models in Nike’s Adapt line, the primary feature of the futuristic shoe is Nike’s proprietary auto-lacing system, a technology that has been in various levels of development as far back as 2015’s Nike Air Mag created in conjunction with the Michael J. Fox Foundation.

Unlike the Adapt’s basketball line, the LE-01 features a lower cut and a very minimalist upper, consisting of grey mesh and understated plastic Swooshes on each medial side. The most extravagant detail of the shoe is the protruding, bright orange mold which encapsulates the midsole and holds the lacing system’s adjusting buttons.

Stay tuned to Sole Savy for release details such as pricing, future colorways, and drop lists.