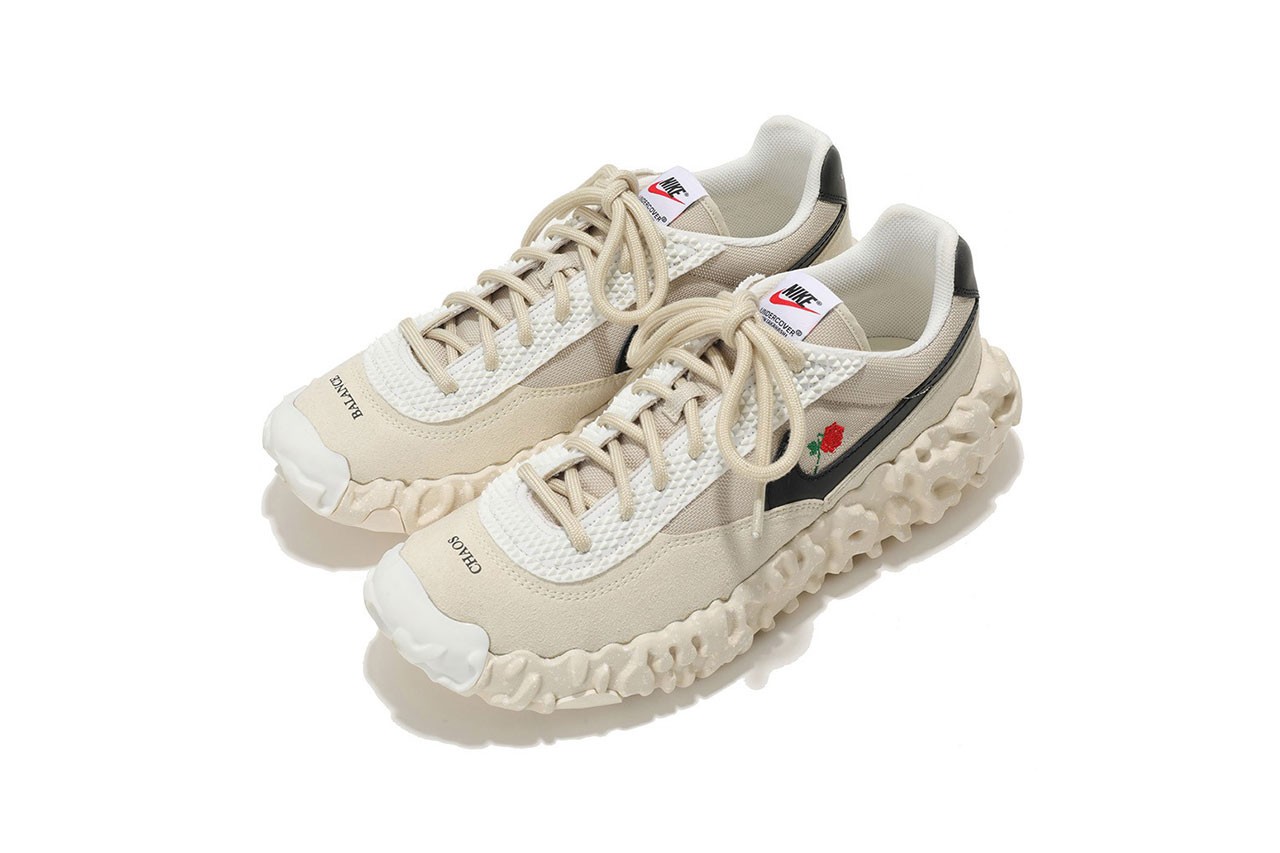 With Monday’s reveal of the UNDERCOVER Spring/Summer 2021 lookbook, some of the standout pieces from the collection were undoubtedly the new Nike collaborations. Previously teased in the 3D renderings presented through the e-lookbook, we now have a closer look at the collaboration which is slated to be a joint effort between the experimental Nike ISPA sub-label and Jun Takahashi’s UNDERCOVER.

While release details are yet to arrive, UNDERCOVER has released its own set of official images showing the chunky OverReact silhouette which just debuted earlier last week now transformed in Takahashi’s signature style. The shoes arrive in four different colorways: Beige, Black, Red/Grey/Black, and a Beige/Red/Black version which combines all three. The chunky REACT foam midsole features light speckling in contrasting colors per respective colorway as well as a contrasting rubber paneling on the forefoot and heel portions of the midsole. The uppers are composed of suede mudguards with “CHAOS” and “BALANCE” text written on the left and right toe boxes respectively, while the remainder of the upper is done in different gauges and shades of mesh. The lateral sides’ Swooshes are done in leather and feature Takahashi’s signature Red Rose motif embroidered atop. Rope laces and Nike/UNDERCOVER co-branded tongue tags complete the look.

Scroll below for further images.
All photos by UNDERCOVER. 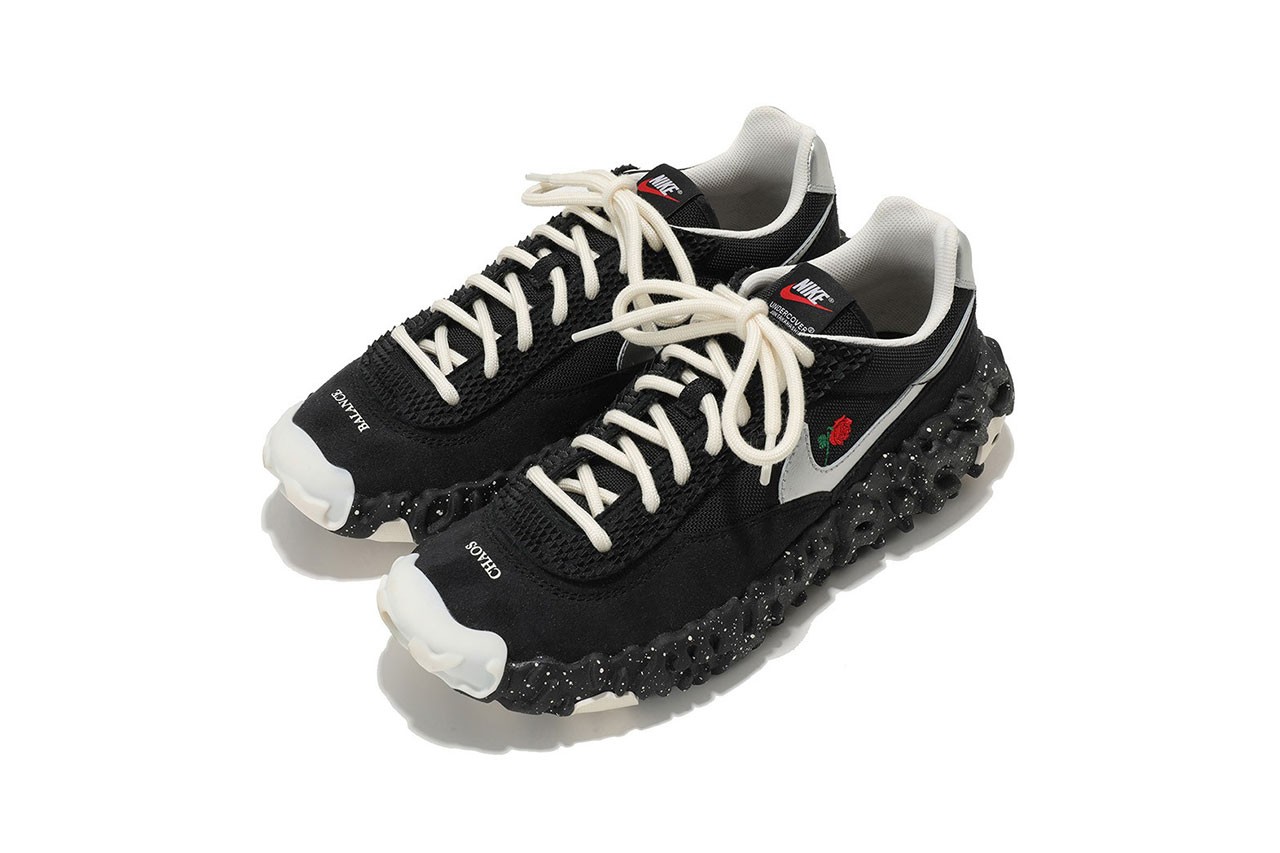 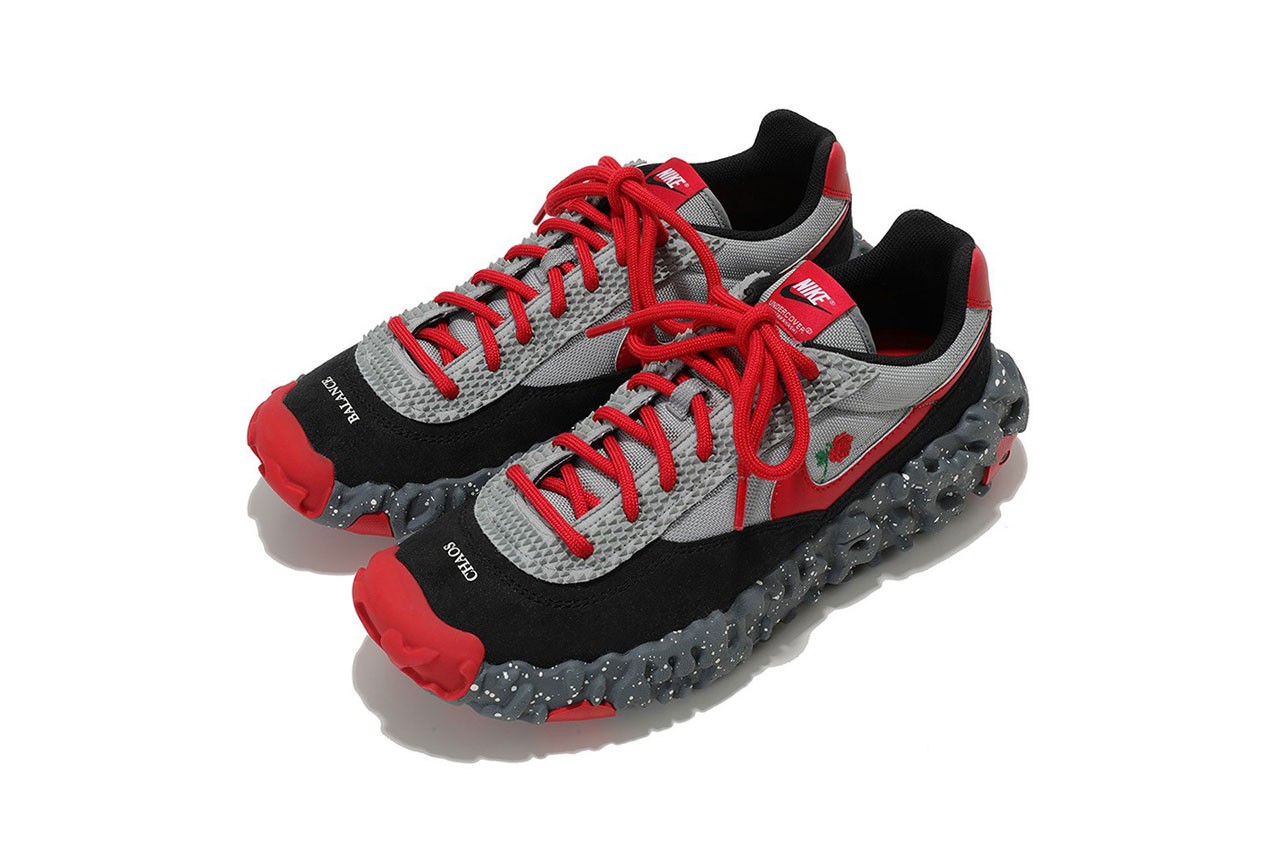 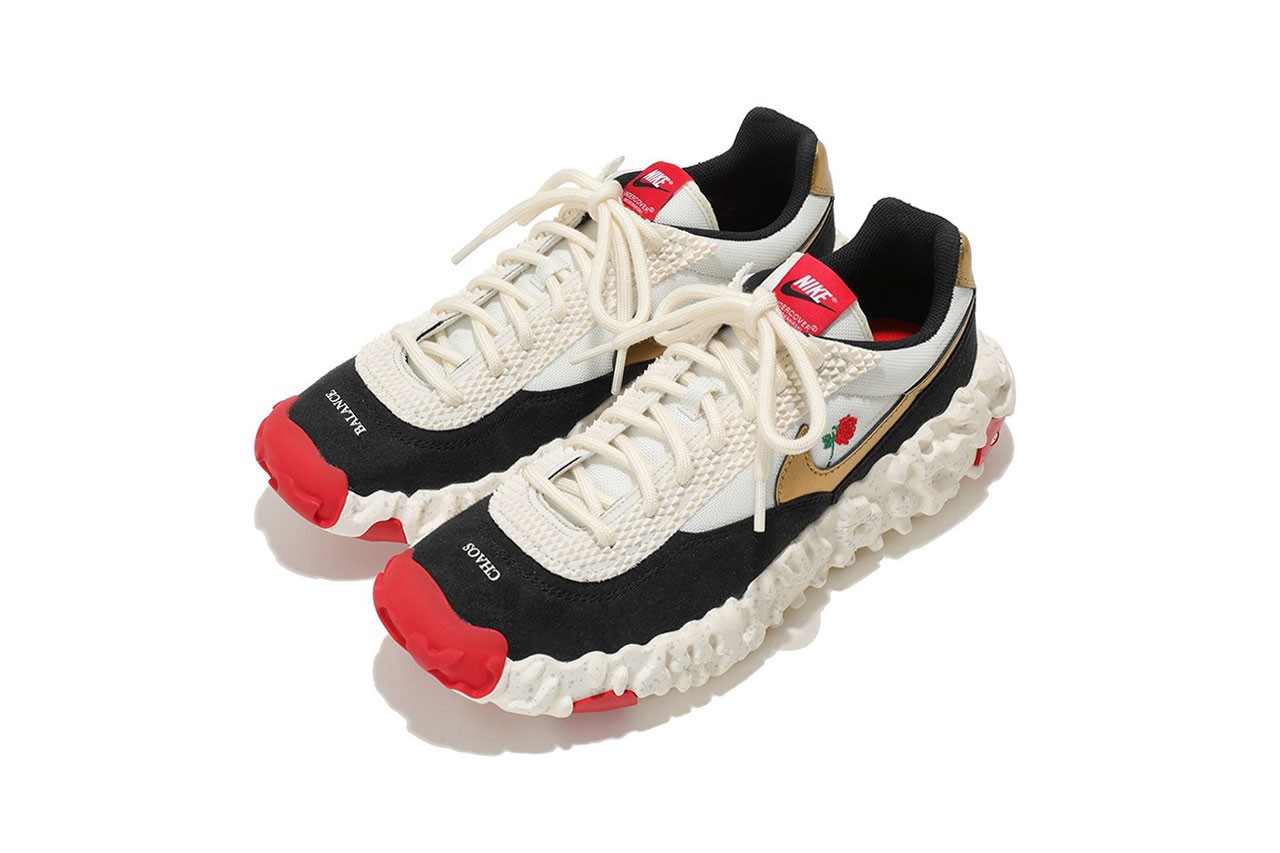