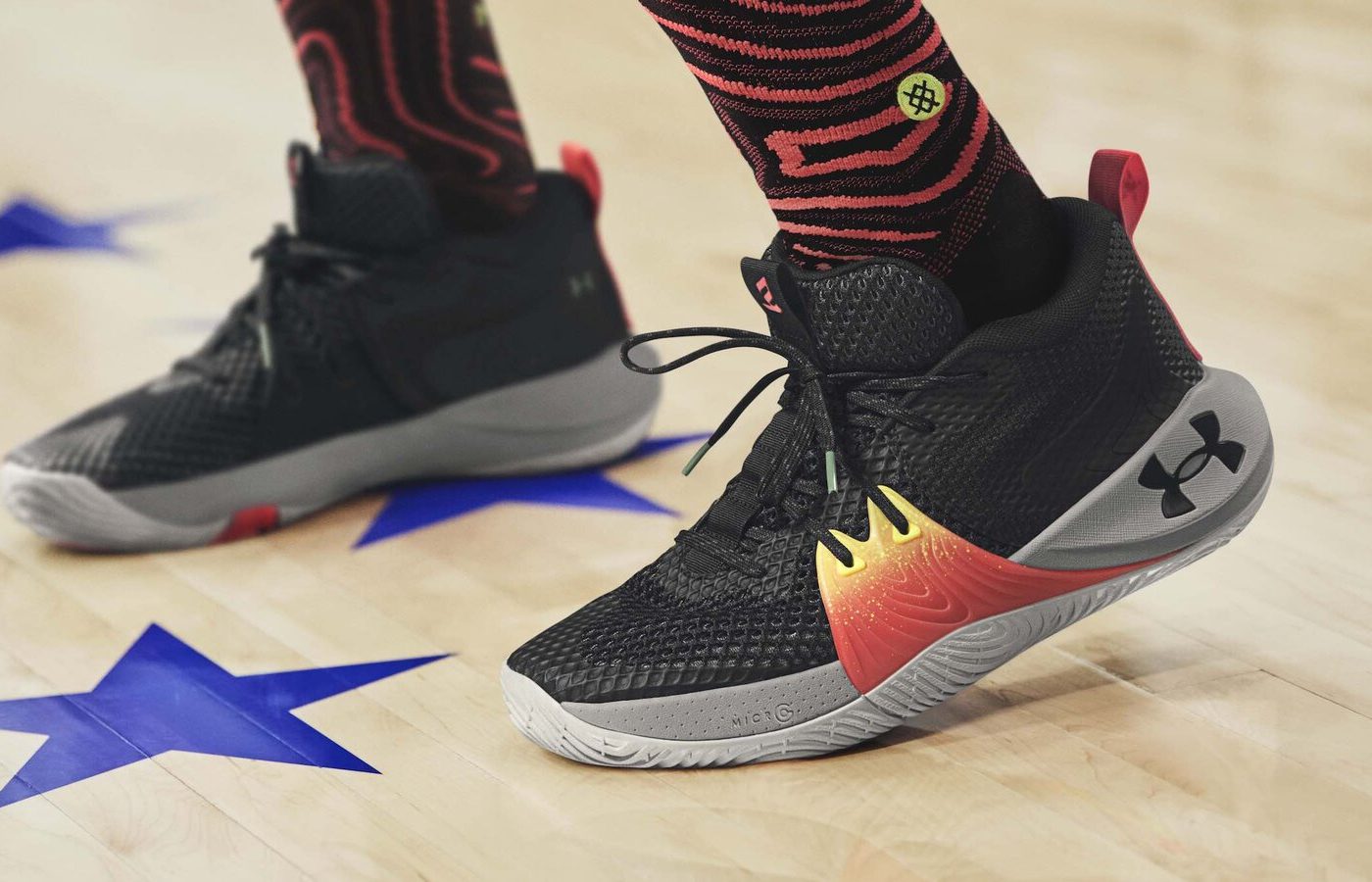 With the 2019-2020 NBA season in full swing once again, Philadelphia 76er’s Joel Embiid is set to premiere his first signature shoe with Under Armour Basketball during tonight’s game against the Orlando Magic. The UA Embiid One, while designed to Embiid’s specifications, is intended to be versatile enough for any position on the court.

The debut colorway features a breathable, perforated mesh upper in a sleek black with bright red accents on the heeltab and Embiid logo hit on the tongue. Under Armour’s proprietary HOVR cushioning system is used in the heel for stronger energy return, while the further addition of Micro G foam in the midsole adds extra comfort for its wearer. Although both of the partially exposed cushioning systems are done in silver and grey respectively, the elongated lace stays of the shoe are where the most vibrant aesthetic elements of the UA Embiid One appear. Done in a sunburst red/yellow pattern, these  “wings” are not just visually pleasing, their TPU construction provides the necessary structure and stability to the lightweight upper. The outsole features a unique tread made up of a ridged wave pattern that ebbs outwards from the heel and forefoot in a gradient that goes from grey to bright red, yellow, and grey again.

Check out photos of Embiid’s signature kicks during practice below and expect to see the UA Embiid One at EastBay.com, Under Armour stores and online September 18th. A worldwide release will follow on October 2nd.

Scroll below for further images.
All images courtesy of Under Armour. 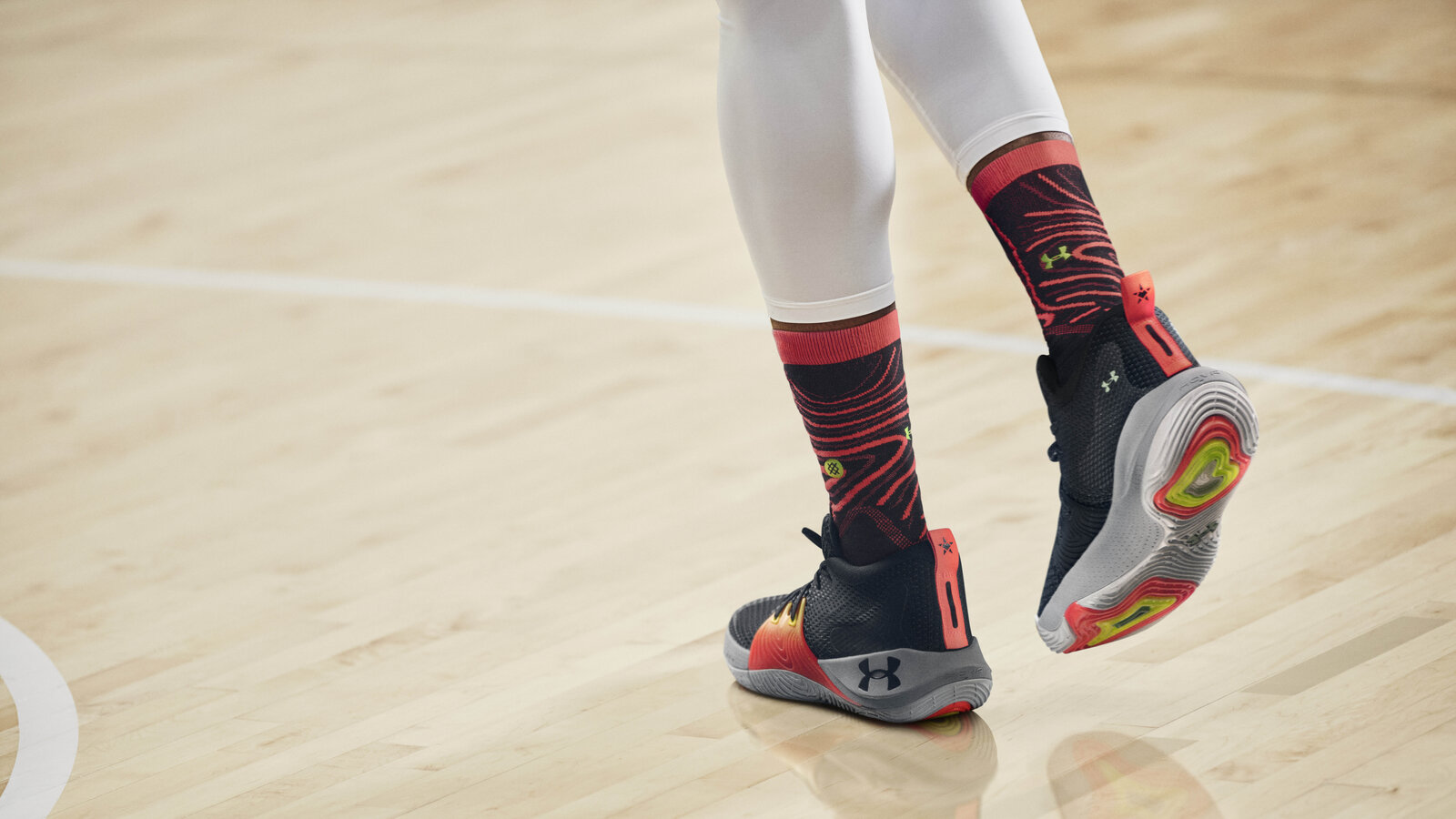 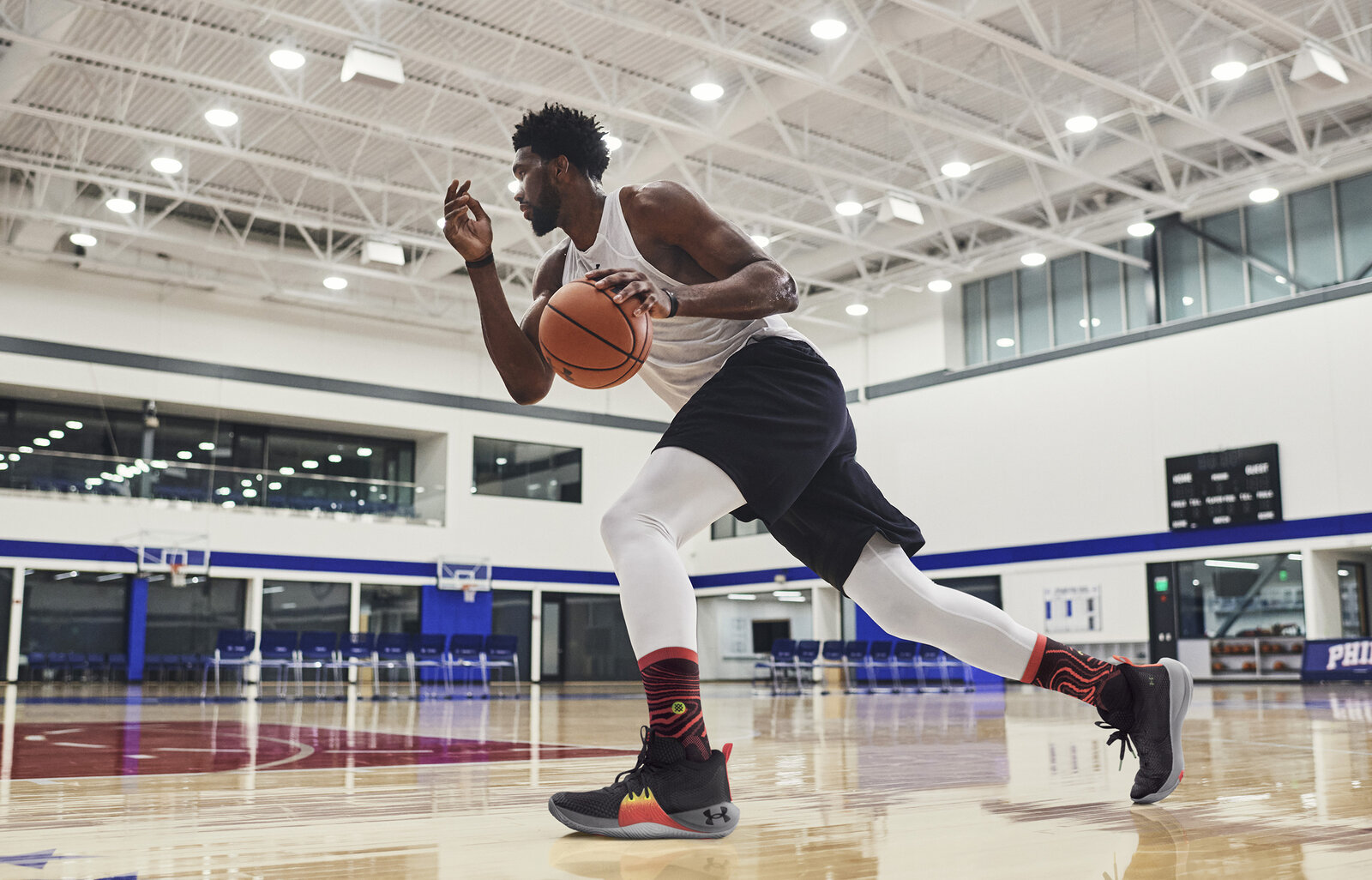 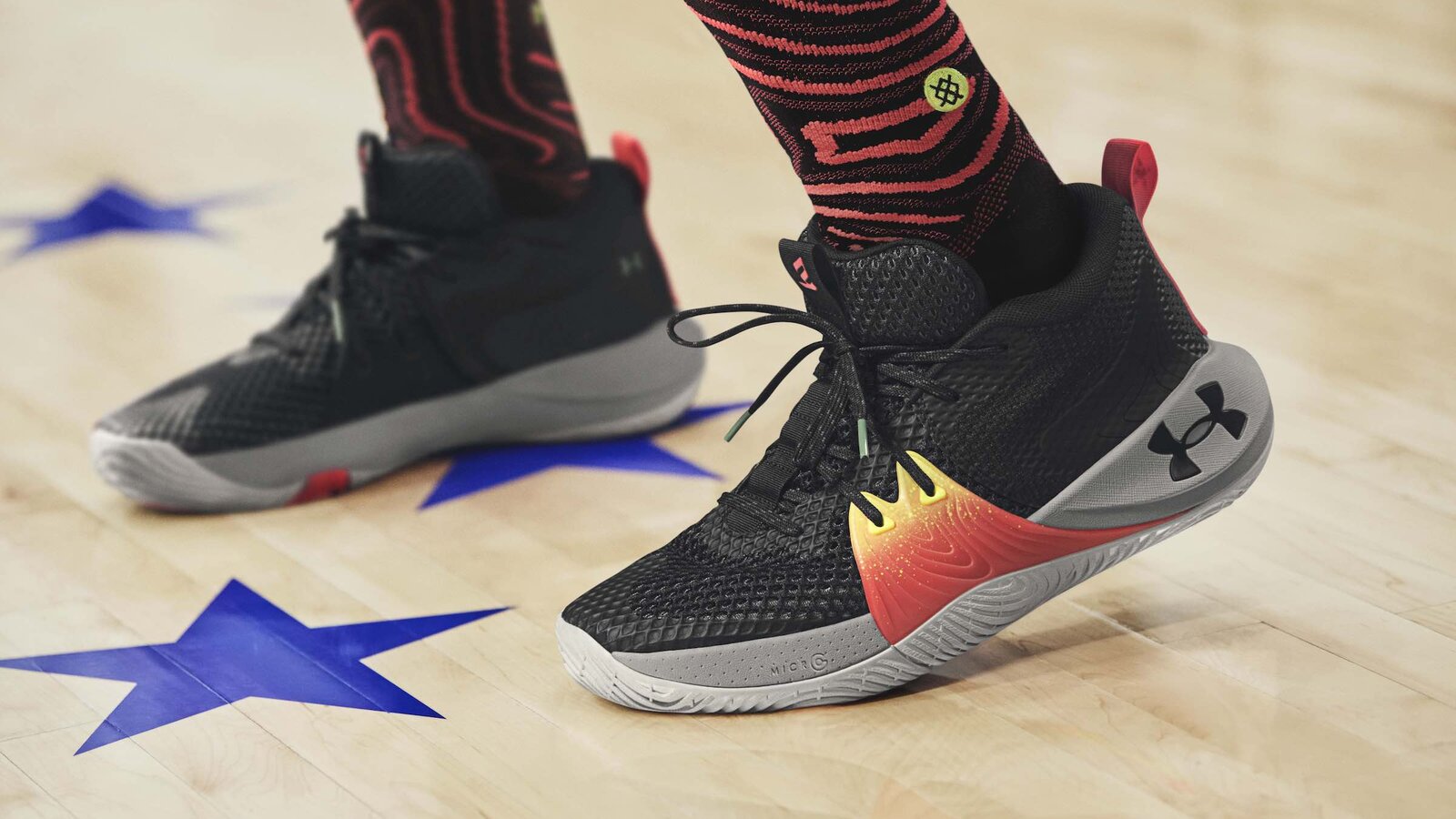 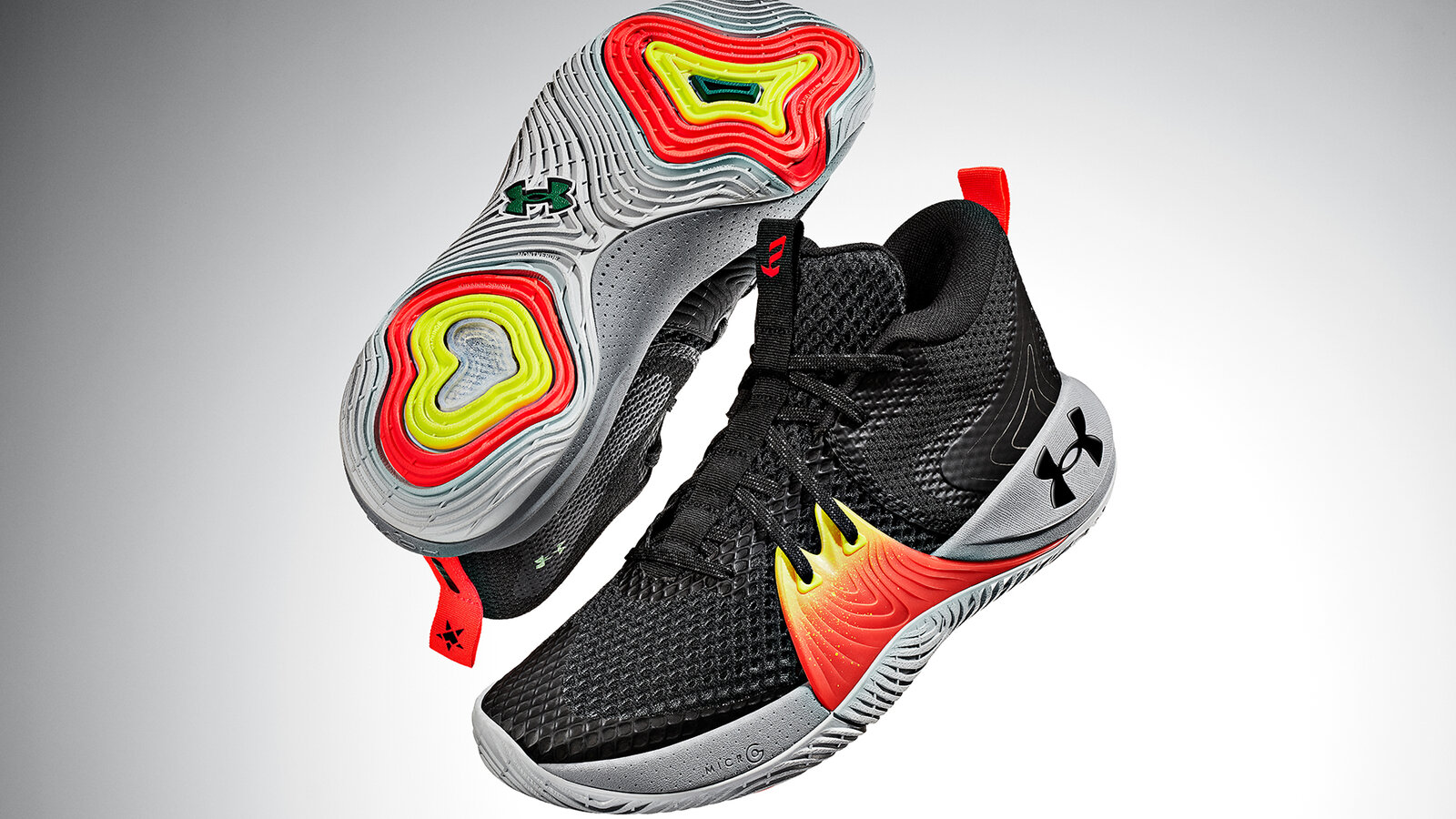 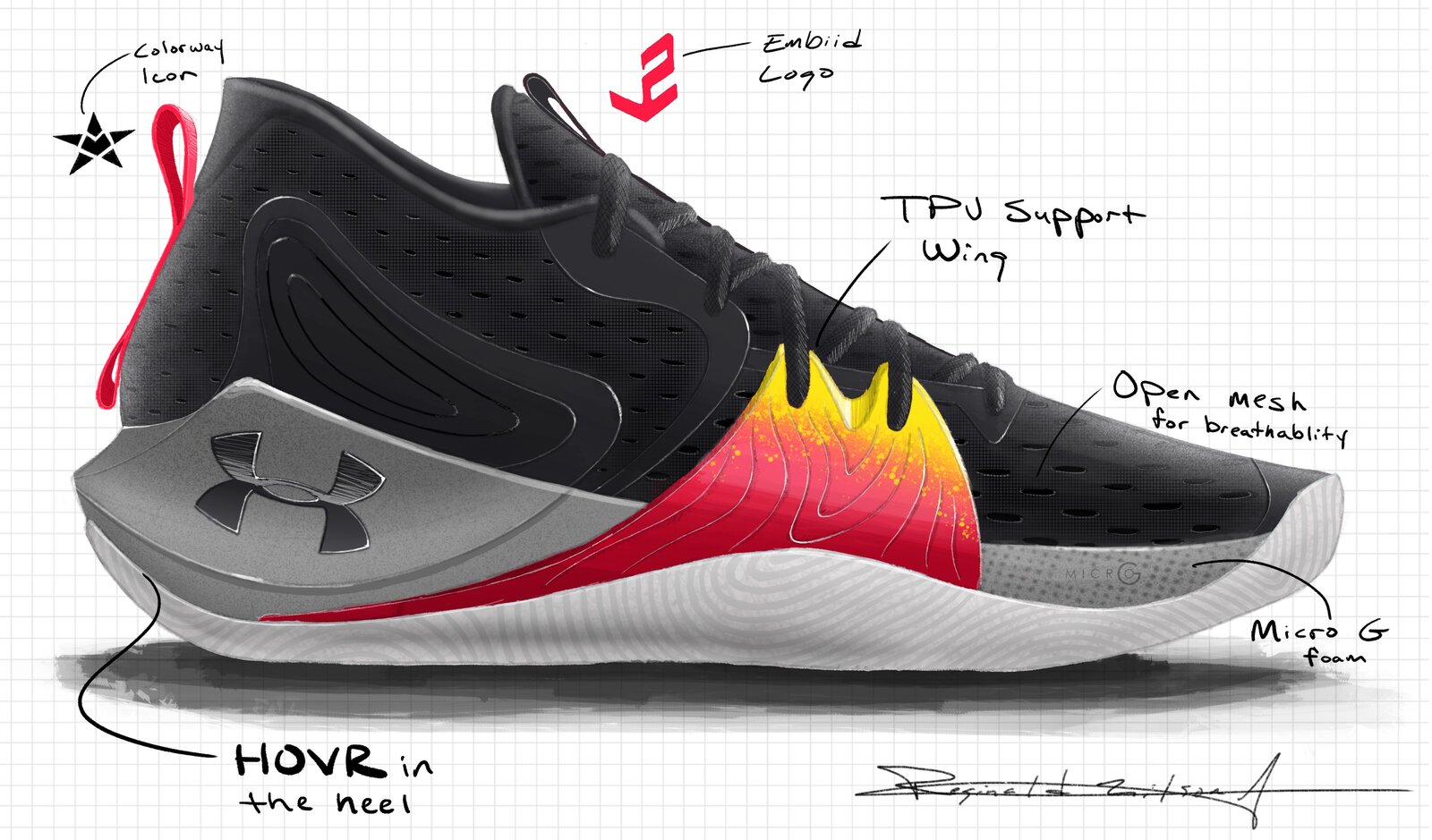