Kickin’ It: Nike Football’s Dominance On and Off the Pitch

Welcome to the first full installment of SoleSavy’s Kickin’ It series, where we delve into the beautiful game of soccer (or football if you please).

If you missed the intro, Kickin’ It explores the importance of brands within the game. The next couple of weeks will be dedicated to a brand and its extensive overview from boots, star athlete endorsements, and kits.

There’s truly no better time to highlight the game as MLS, NWSL, and international friendlies are ongoing. Not to mention, we’re only days away from Euros, Copa America, Gold Cup, and Olympic play.

This week’s Kickin’ It installment will look into the past, present, and future of one of if not the most significant brand when it comes to the sport: Nike.

Nike Football has fostered some of the most important and exciting names in the game. 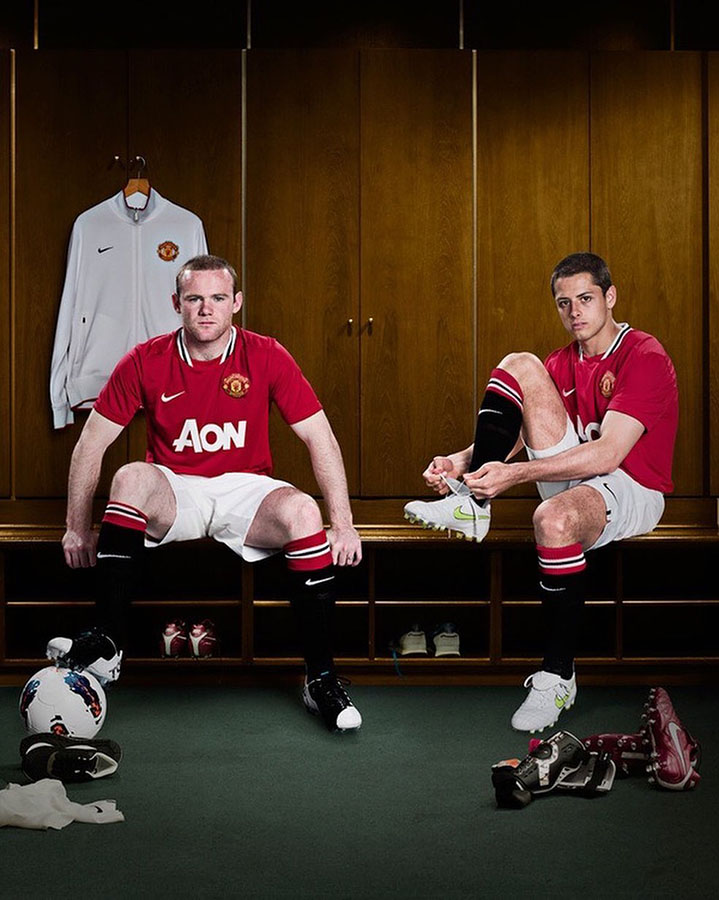 When it comes to gathering stars and recognizing talent, each football era is headlined with Nike athletes. There’s no denying it. The Swoosh has been at the center of every triumph in the game, from World Cup glory to record-breaking performance and jaw-dropping goals. 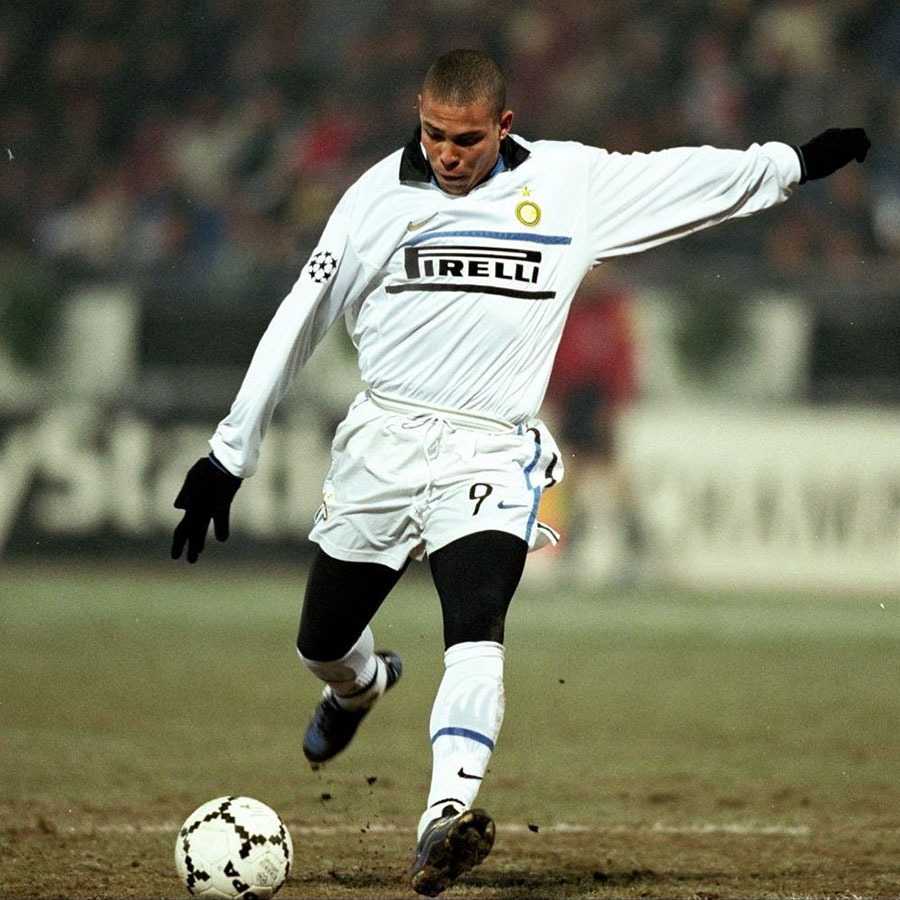 Who can forget the majestic nature of Henry and his integral role in leading Arsenal to a 49-game unbeaten streak? The game in the United States wouldn’t be what it is today without Brandi Chastain and the ‘99ers in that intense PK shootout. That iconic Nike sports bra captures the true passion and grit of what it takes to be a victor. Of course, there’s no sound argument of football-related impact without the mention of Brazilians. And there’s no better example of the Swoosh’s partnership with Brazil as eight of the 22 members wore a Nike boot during the 1994 World Cup, which crowned the South American side as world champions once more. Word to Romario and Bebeto. 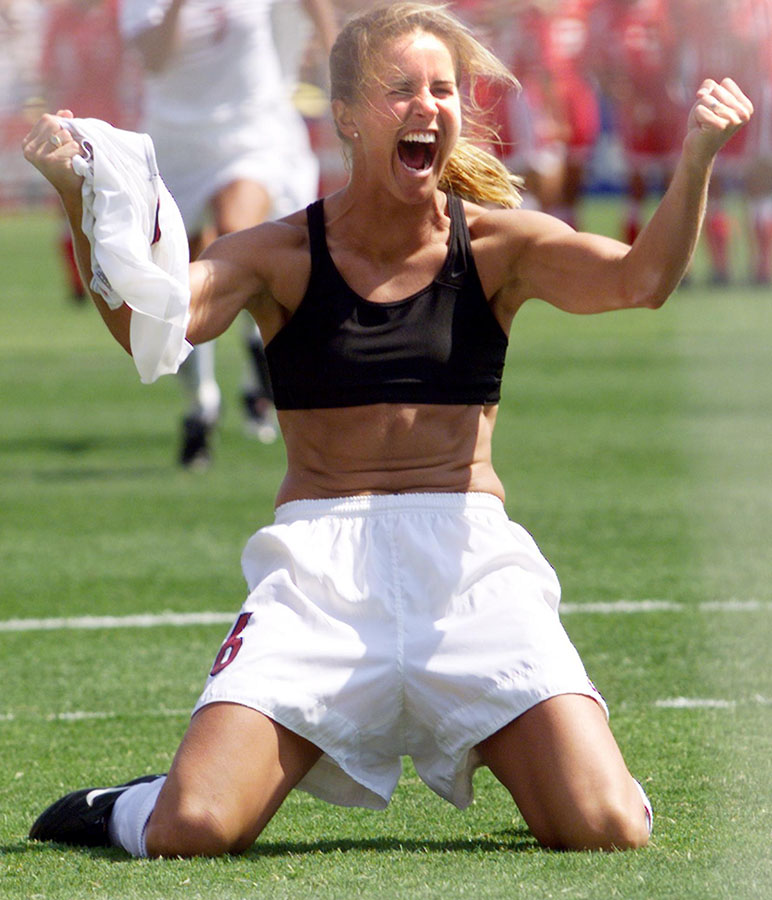 While trends and styles such as tiki-taka or gegenpress come and go, one thing remains true — there’s one Swoosh athlete at the core of every winning side. Club or country — or both; the Nike football roster withstands the test of time.

The proof is in the product, especially with the Joga Bonito and The Secret Tournament ads that featured Nike’s soccer stars. 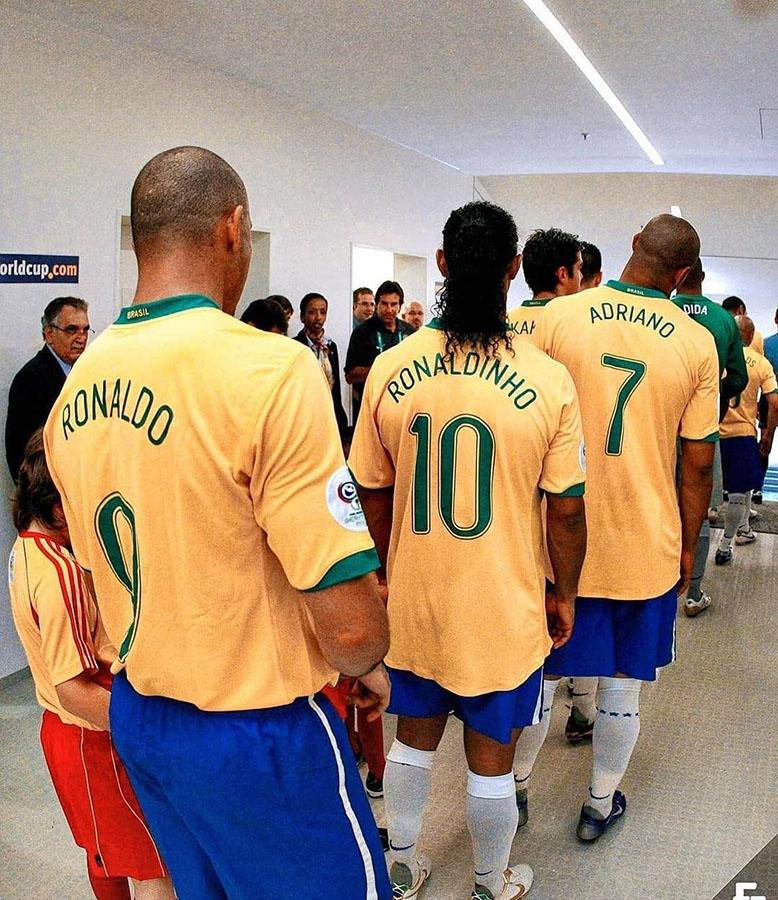 More than a Sponsor

The game is more than tactics and connecting the ball to the back of the net. Yes, that’s crucial. But if there’s anything that the pandemic and its lack of fan-filled stadiums and recent controversies within the sport have shown us (we’re looking at you, Super League), the game is fueled by one thing: passion. While the fiery drive that ignites players and fans can be pointed to many things, there’s one commonality, a common thread —  a kit.

A kit is an embodiment of wearing your heart on your sleeve. The badge is more than an identifier. It represents a fanbase, a city, a country — a community that transcends borders, time zones, and generations.

It’s every brand’s responsibility that each club and its respective kits speak to the badge, its heritage while keeping that passionate flame alive and well. 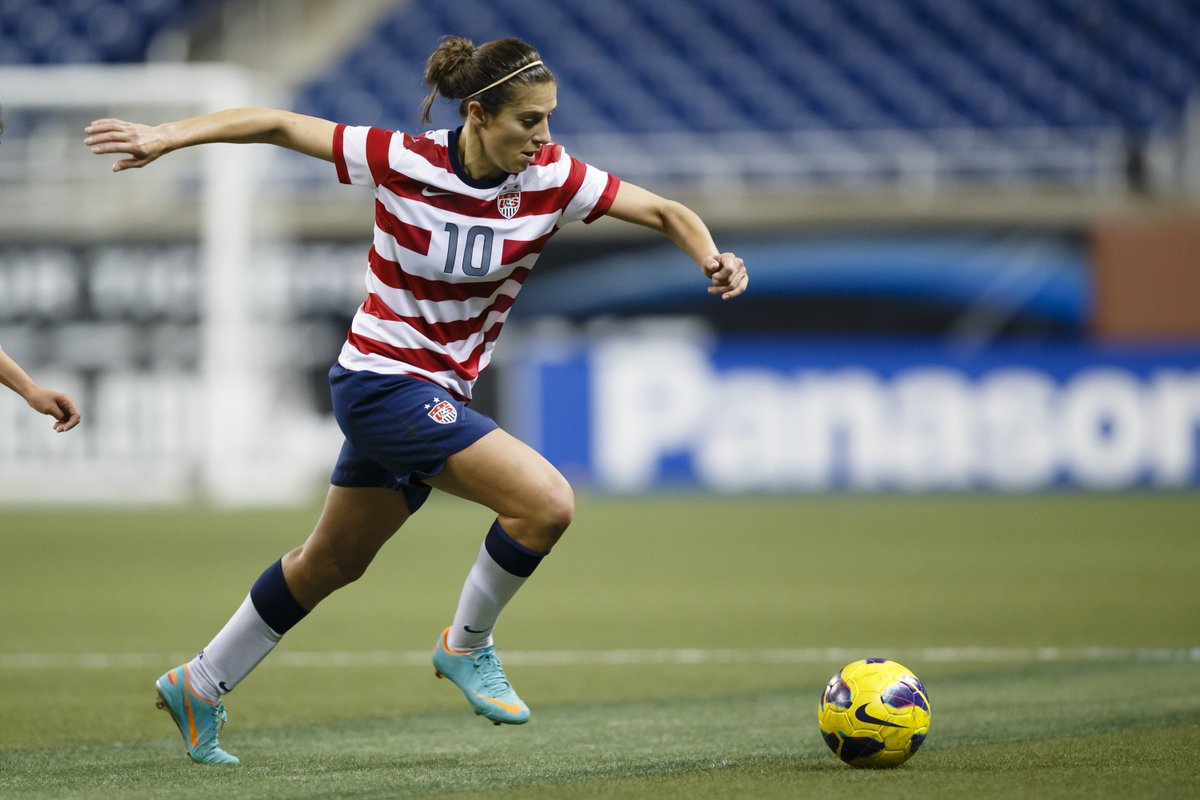 If there’s any brand that has done right by its clubs, Nike is close to perfection. The Swoosh is found on every continent by some of the most prestigious clubs. Since Nike’s first professional soccer kit for the Portland Timbers in 1978, the Swoosh has been front and center of title runs and otherworldly performances. 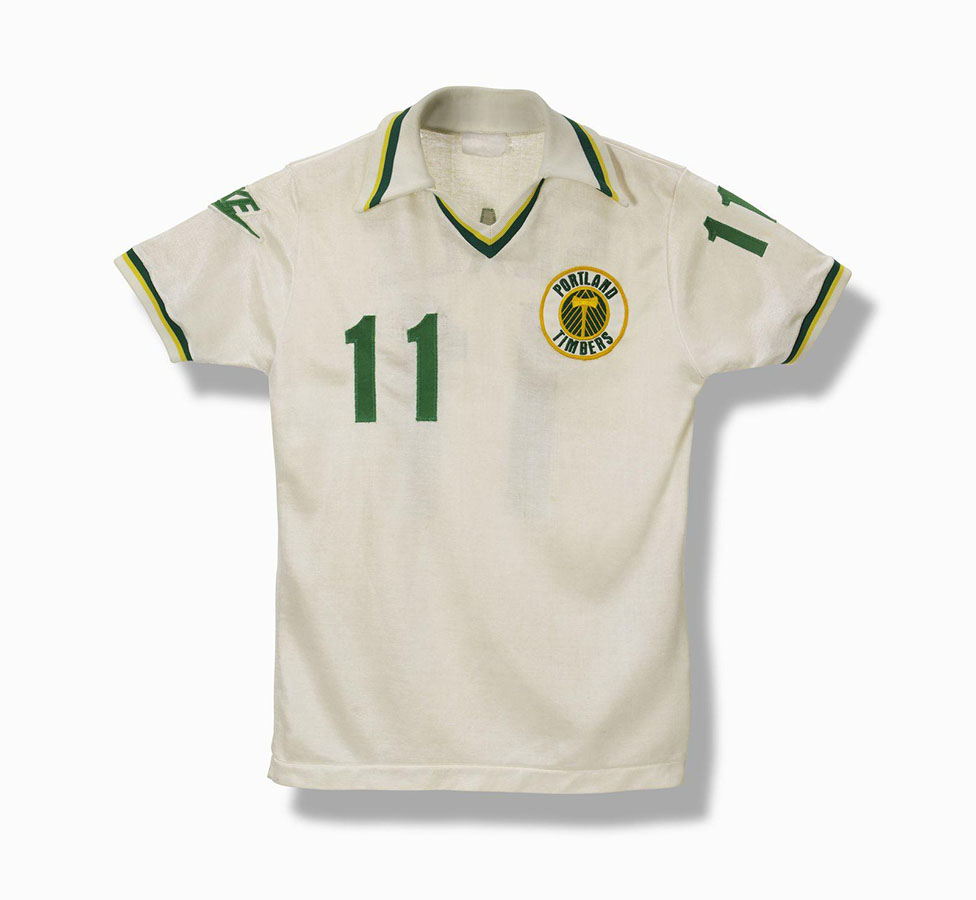 Whether a Red Devil or a Citizen, the Manchester streets were filled with Nike jerseys at the height of either club’s successful title runs.

Barcelona’s 2008-09 treble season spearheaded by the split blue and maroon kit will forever be etched in history like Messi’s superhero-like vertical in the Champions League final. 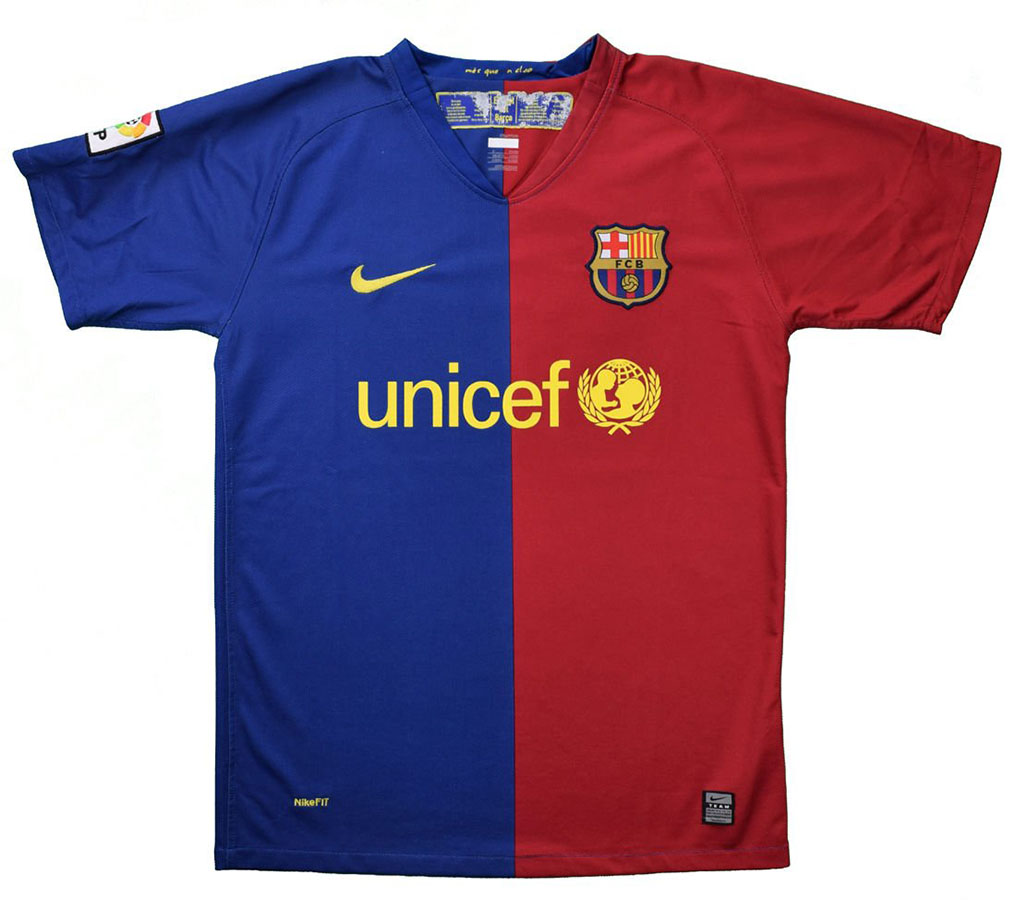 The PSG partnership has captured Parisian dominance through the eras. Whether it’s by Ronaldinho or Mbappé, the Swoosh has been worn with pride and a reverence for the game in the City of Light. 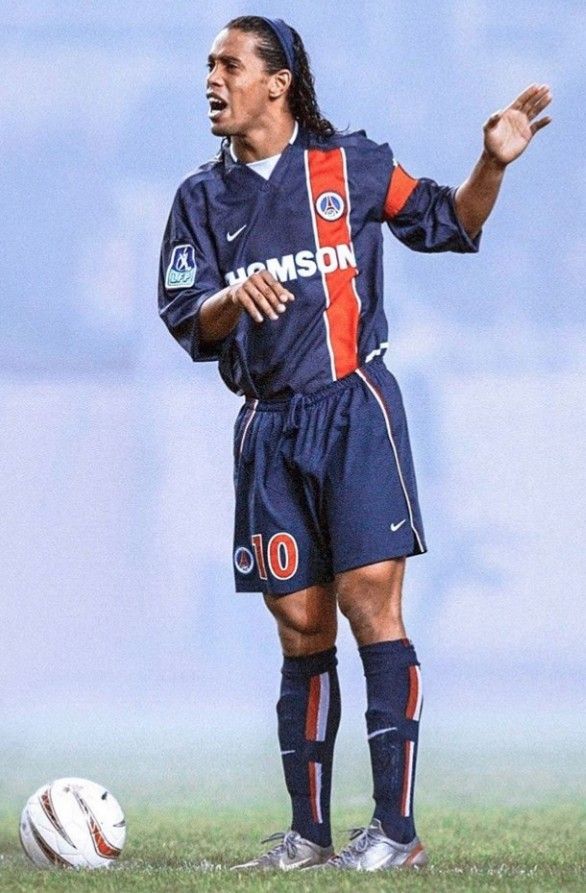 Although the Nike relationships in Italy are potentially thinning out, the partnerships with Inter Milan, Juventus, and Roma have been fruitful for everyone.

On this side of the hemisphere, Nike’s kit dominance can’t be forgotten. Whether it be the Metro Stars or the early days of LA Galaxy, the Swoosh has a vital stake in the states. Continuing south, legendary clubs such as America and, previously, Boca Jr.s have basked in glory with the brand. 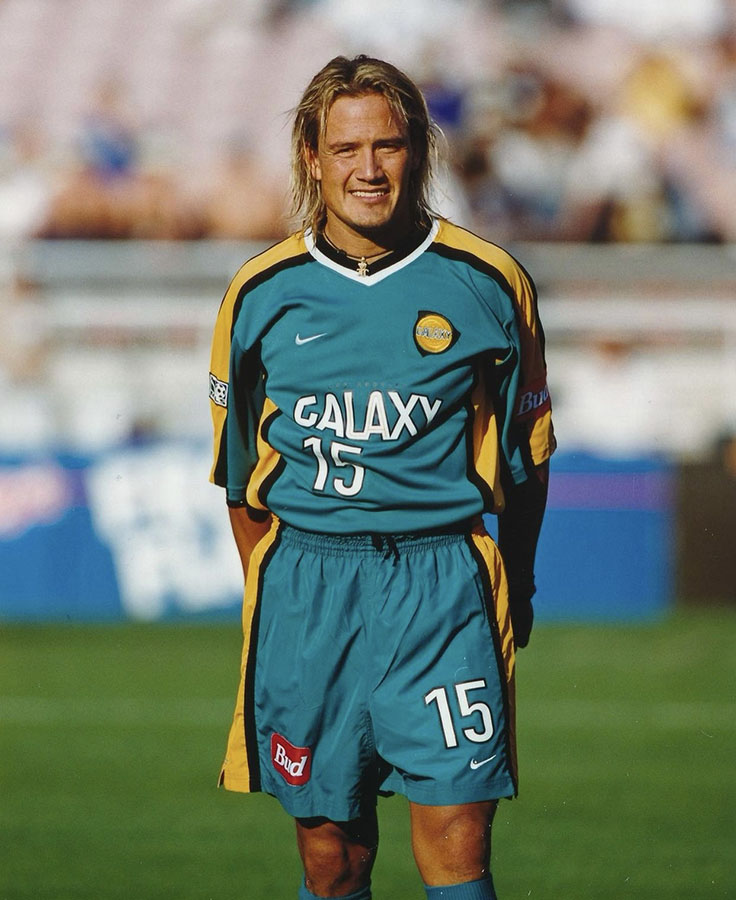 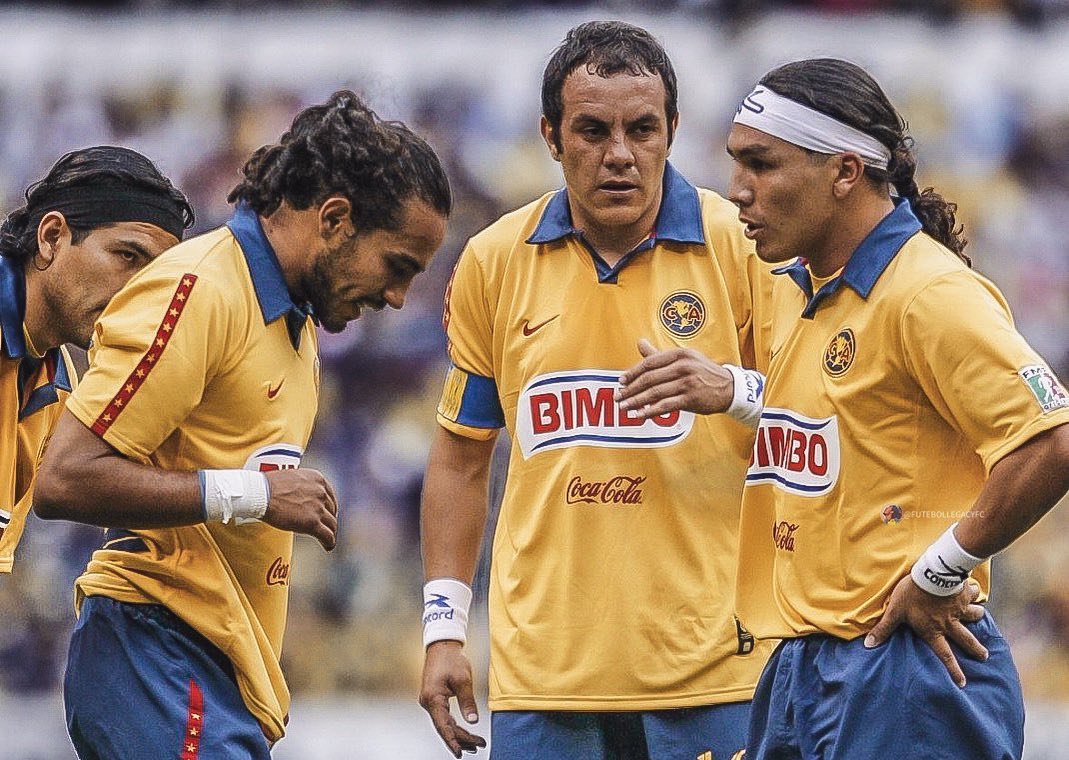 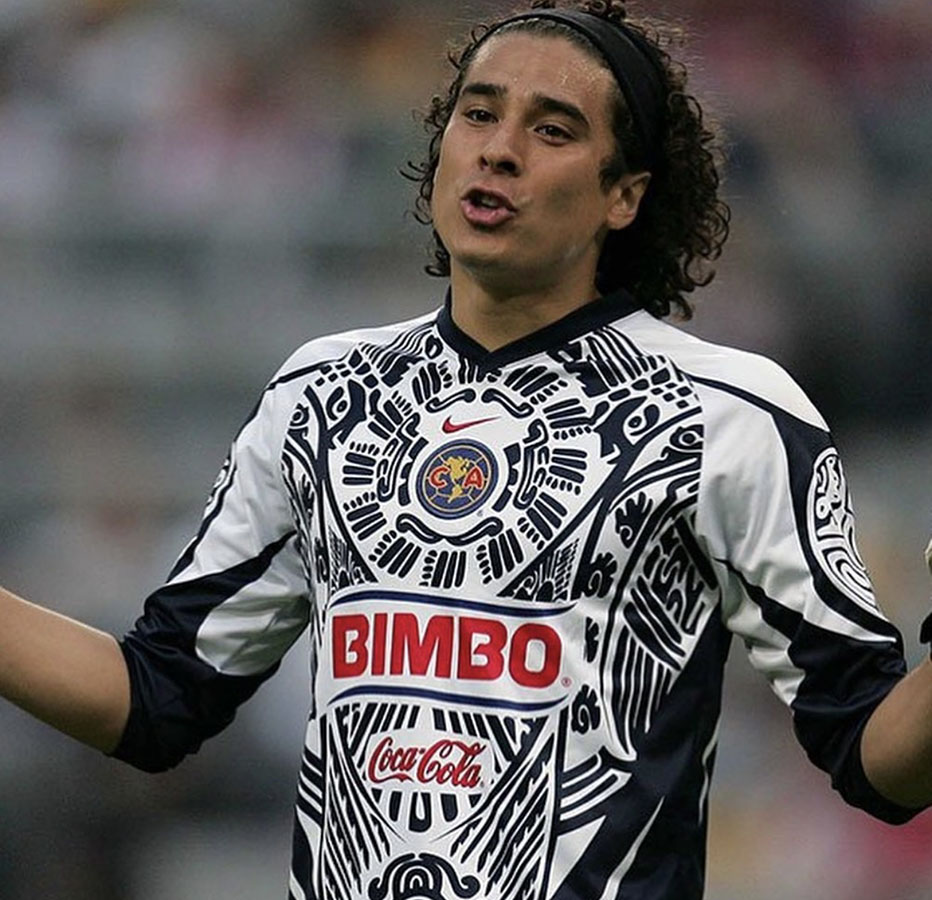 But enough about clubs.

Nike’s innovation and outside-of-the-box thinking has been seen on a global scale. From Nigeria’s sellout kit during the 2018 World Cup, the “Waldo” worn by the USMNT and USWNT in 2012 (shoutout to the women for winning Olympic gold), and the timeless approach to every Nike Brazil kit dating back to 1996 can’t be praised enough. 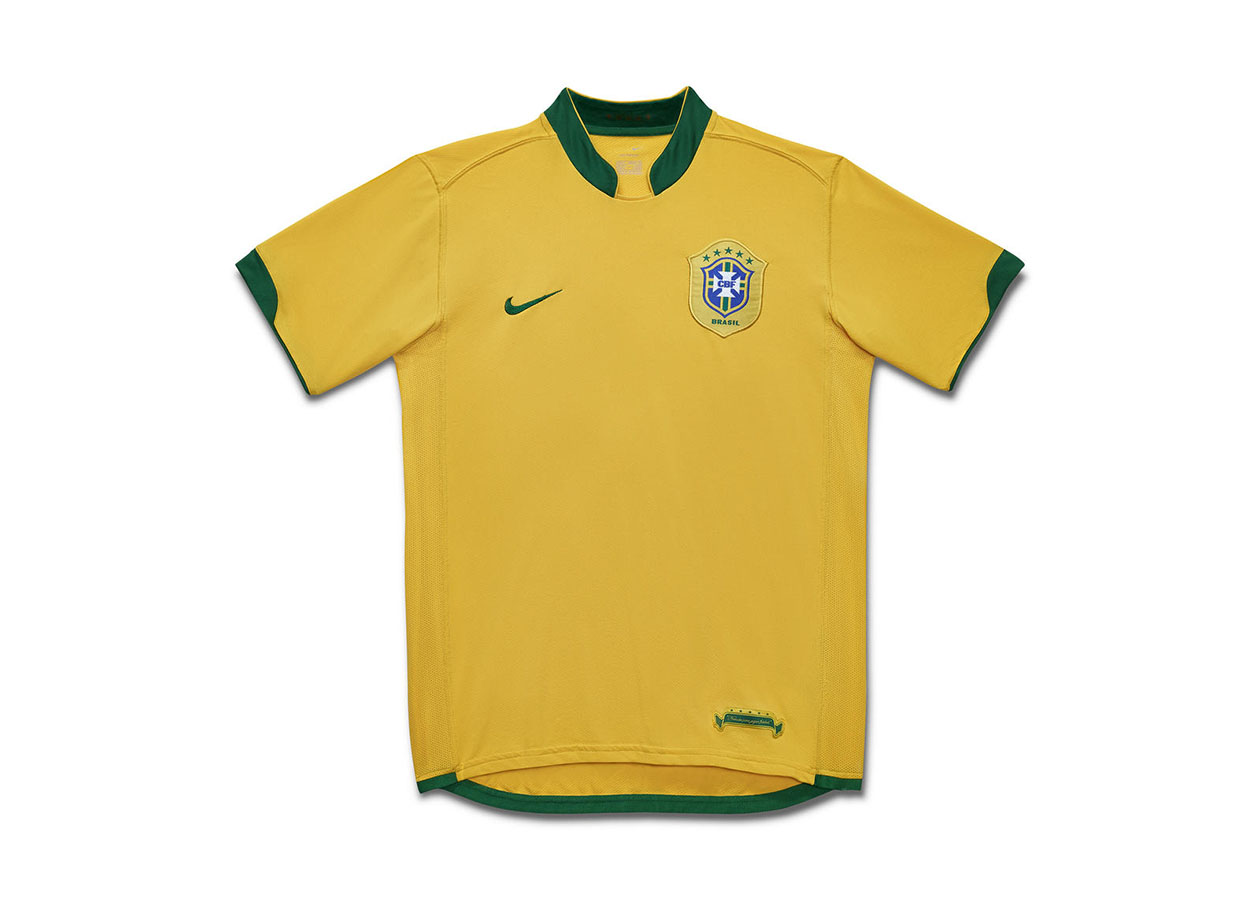 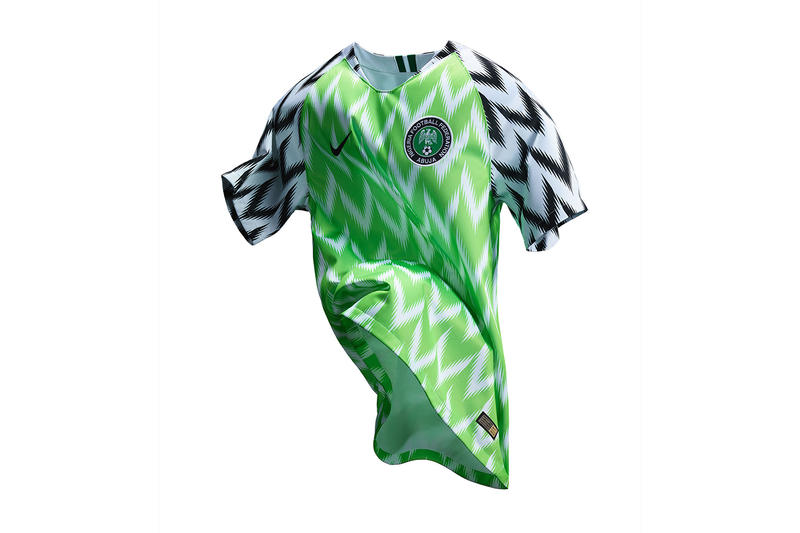 Much like every Nike footwear department, its humble beginnings soon expanded and exploded as the gold standard. The Nike boot dominance is no different. Through the years, the Tiempo, the Magista, the Total90, the Mercurial, and the newly introduced Phantom have ushered in new chapters within the Nike era. 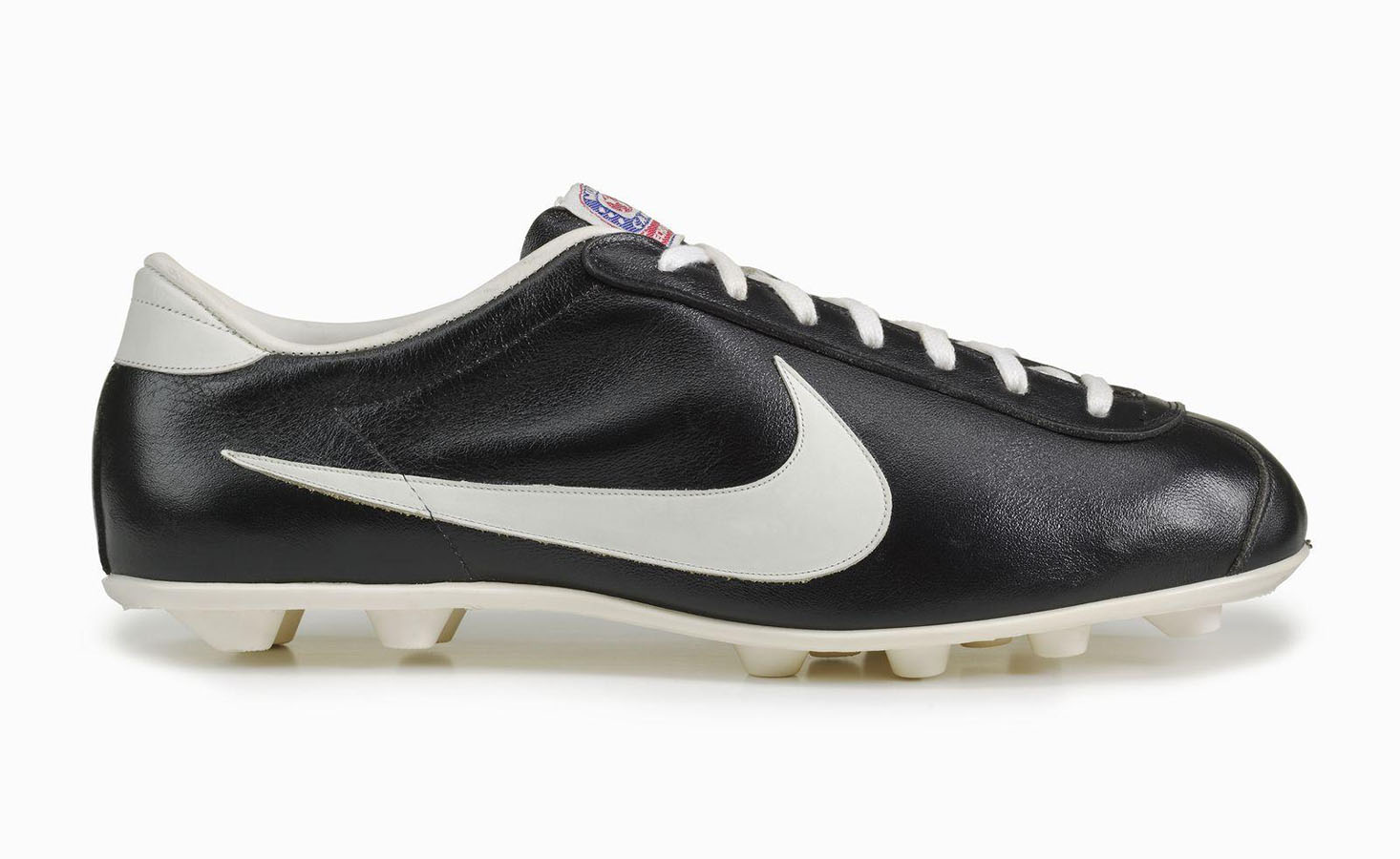 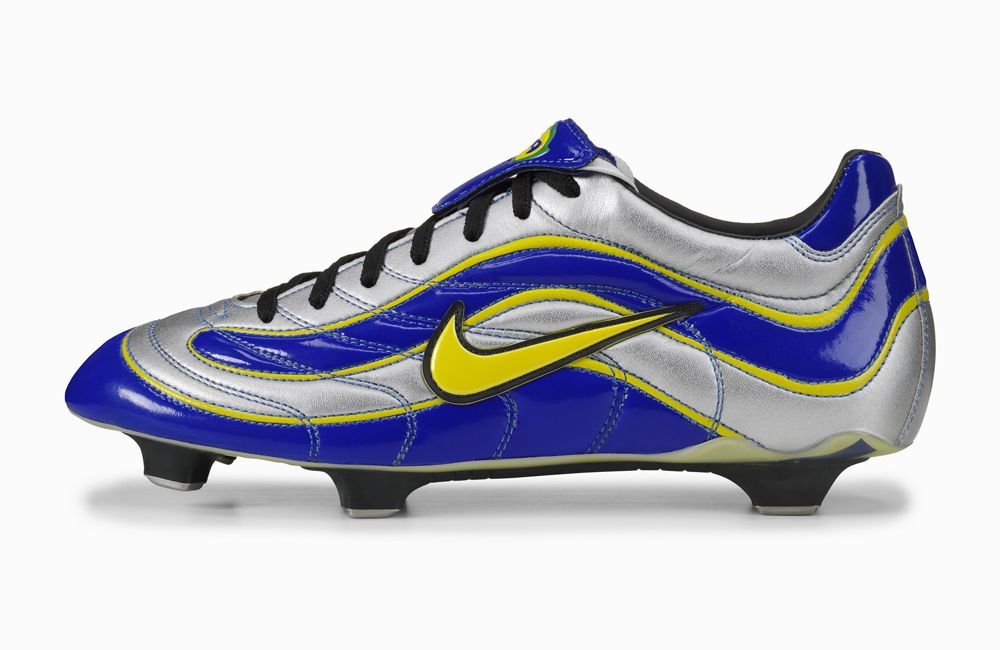 Whether data-driven designs to perfect your touch or a lighter boot for more natural and fluid control of the ball, the Swoosh’s innovation in the boot department has been nothing short of excellent for all levels and lovers of the game.

Nike’s success across its departments is its lifestyle appeal. Most evident through the Air Jordan line, among other performance breakthroughs, Nike Football’s importance is just as essential beyond the touchlines.

In the early 2000s, the Swoosh introduced the Nike SB Air Zoom FC with a handful of clubs, including Manchester United and FC Barcelona, and even a unique colorway for the Brazilian national team. Although the silhouette and its soccer crossover were discontinued, we’ve seen Nike treat sneakerheads and soccer fans alike with one-of-a-kind footwear. 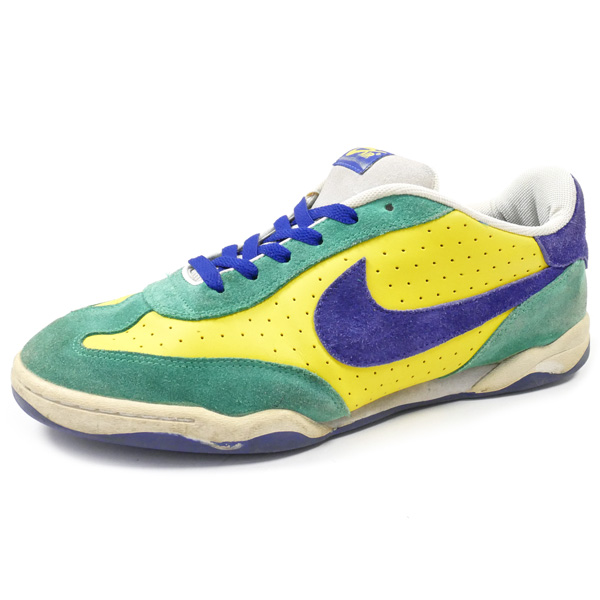 From the Nike LeBron 9 Low “Liverpool” to the Jordan/Nike partnership with Paris Saint-Germain (more on that in the following weeks, the Nike SB Dunk Low “Boca Jr.” and Cristiano Ronaldo’s Air Max 97 and Air Force 1s, the Swoosh has provided fans and sneakerheads an abundance of options. 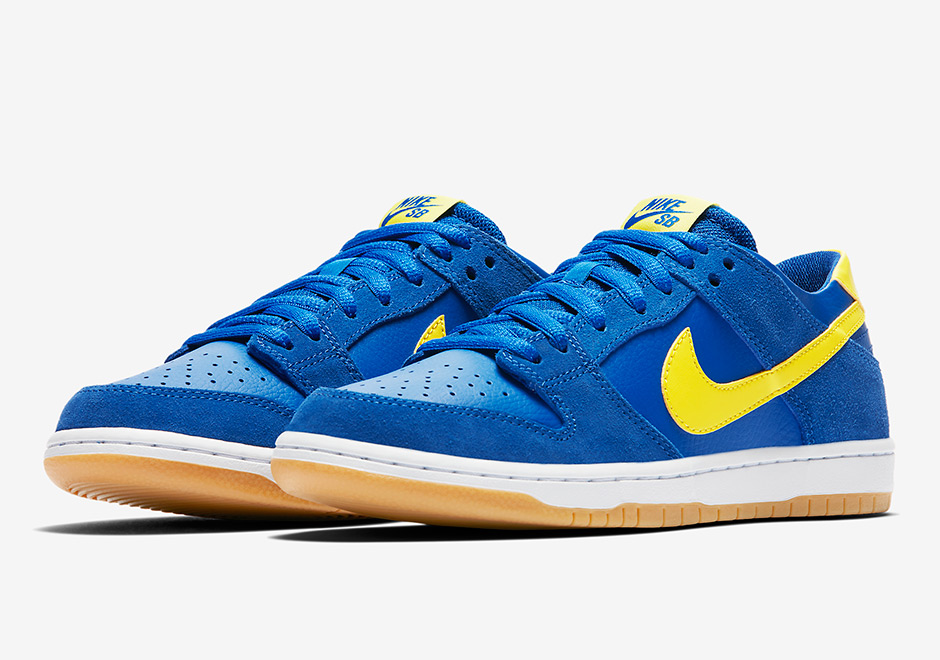 Beyond the lifestyle department at Nike, the influence of soccer within streetwear collaborations and other sports cannot be overlooked. 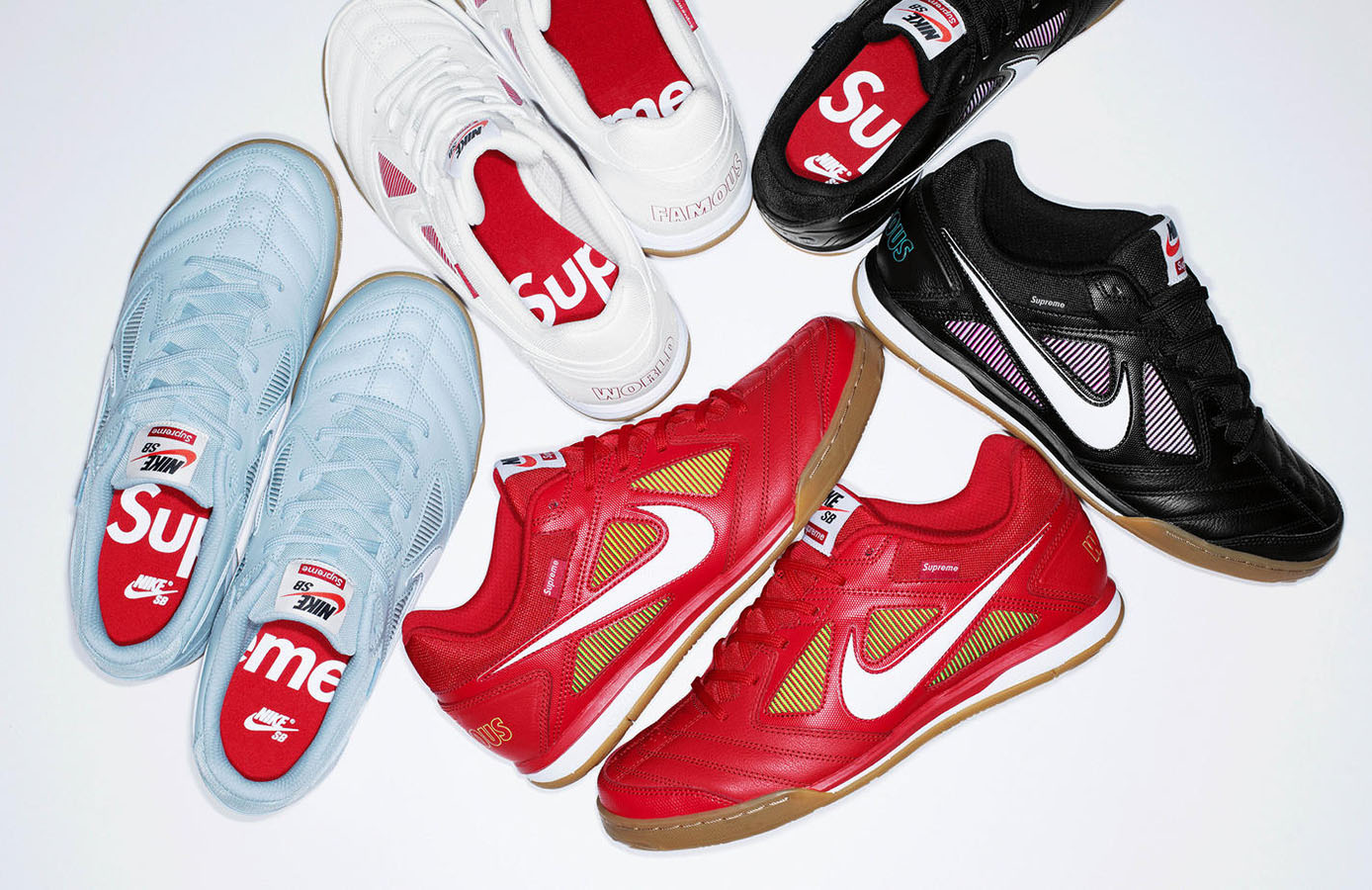 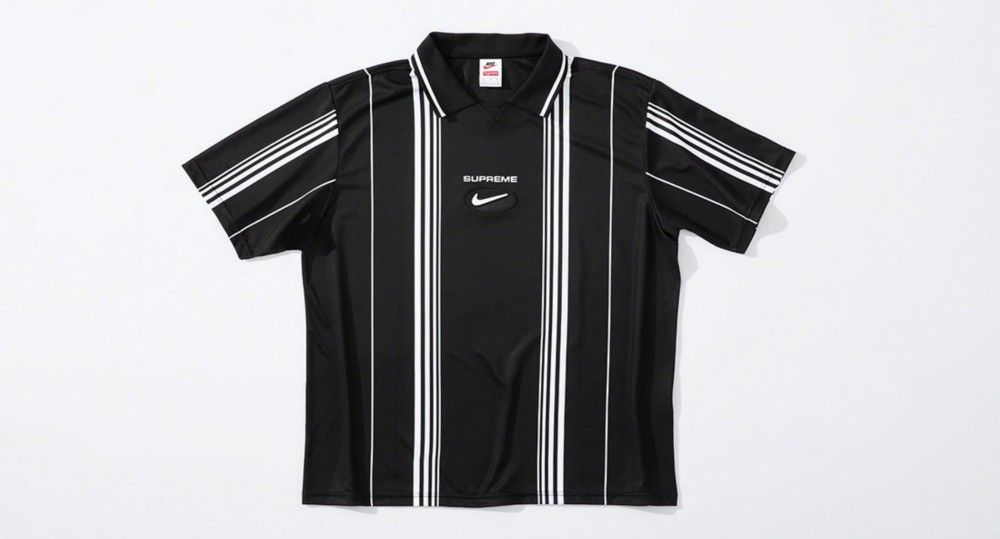 OFF-WHITE, Supreme, and even the Kobe signature line have all adopted the game and made it their own.

Virgil Abloh created an apparel, boot, and footwear capsule that brought an untapped element of hype to Nike’s in-house soccer line. Supreme took soccer and skateboarding and fused the two with the Nike SB Gato with matching jerseys. 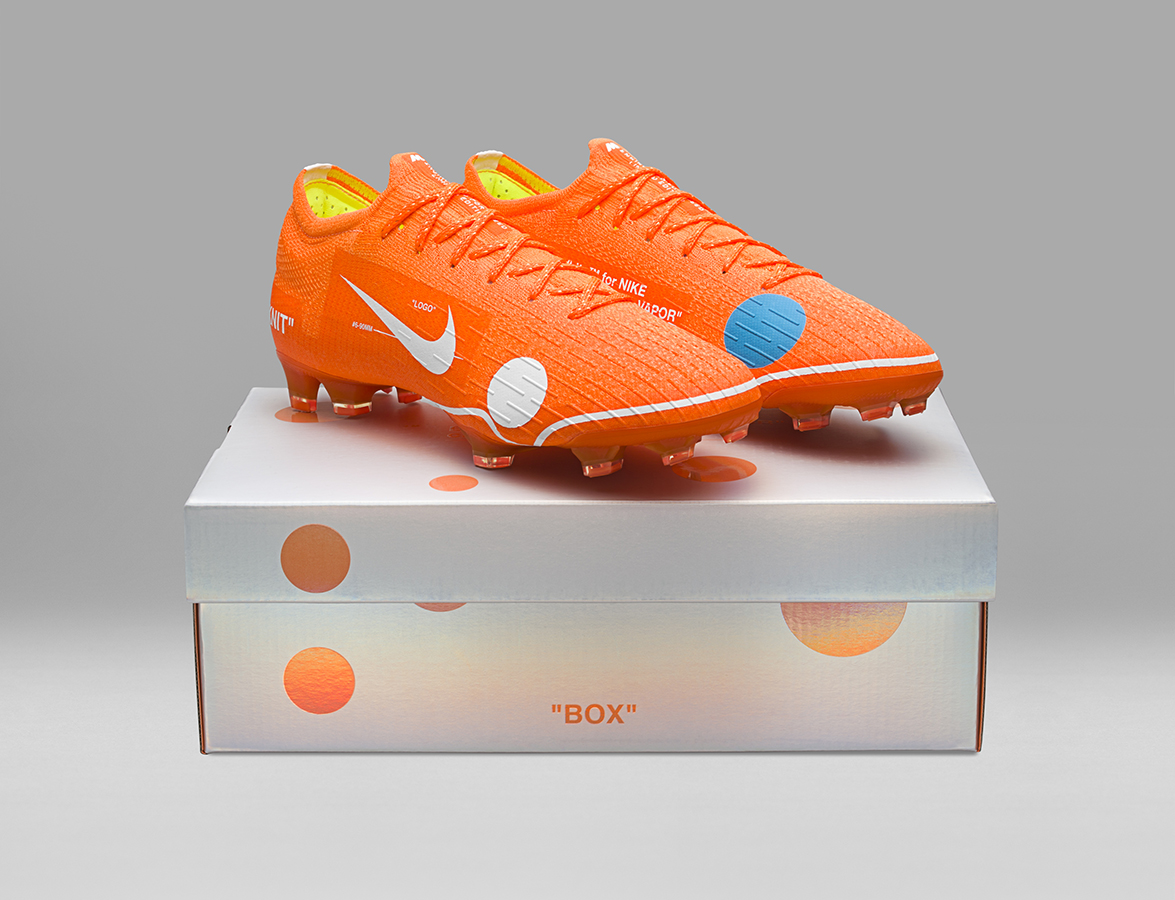 The truest integration of soccer can be found in one of the most prestigious basketball shoe signature lines — the Kobe series.

Kobe, a fan of the sport and F.C. Barcelona, changed the footwear landscape by probing how soccer players could avoid serious ankle injuries with low-cut boots. In conjunction with Eric Avar’s designs and innovations, the inquiry created the Nike Zoom Kobe 4 as the model went with a low-top finish and once again became the standard of basketball. Since then, the Mamba’s love for Barca has been evident, primarily with the Nike Zoom Kobe 6, along with the Kobe 7, Kobe 8, and Kobe 11. 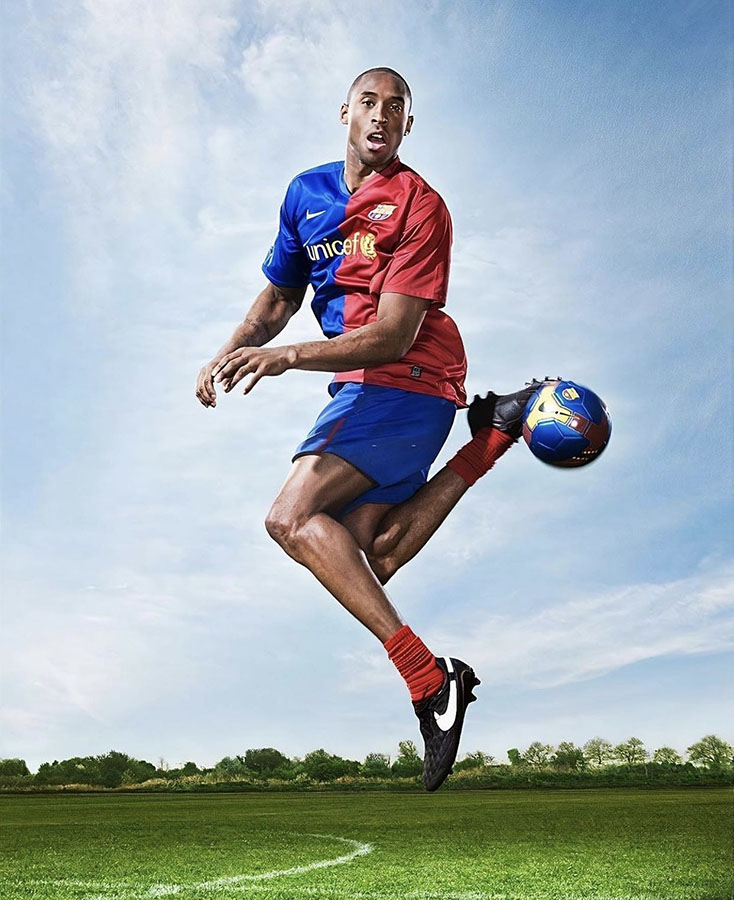 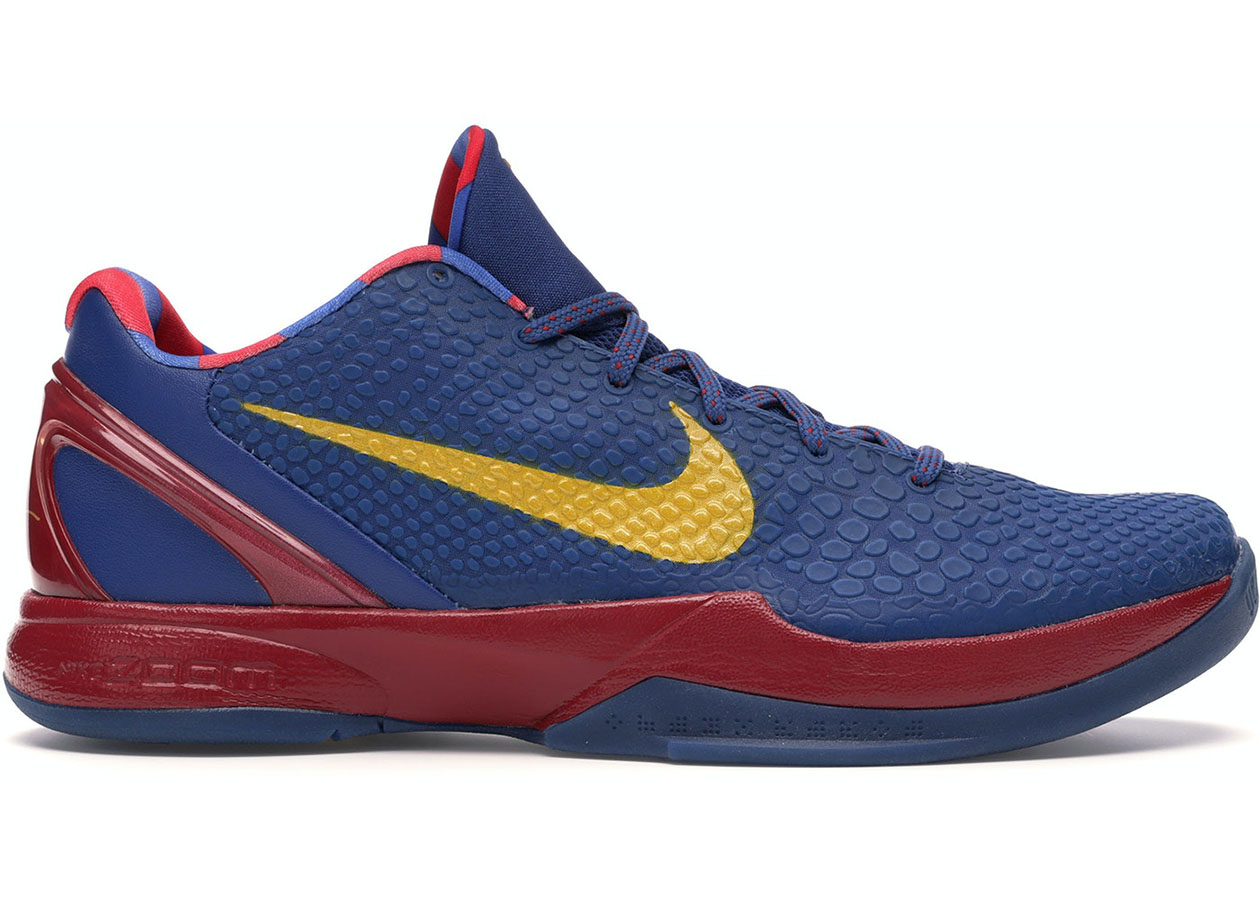 Tune in next week here at SoleSavy and our Kickin’ It series as we take a look at the adidas soccer legacy.

A new episode of the SoleSavy Podcast 🎙️ is l

Last week we launched our 'State of Sneakers' Surv

Join Now
Back to top