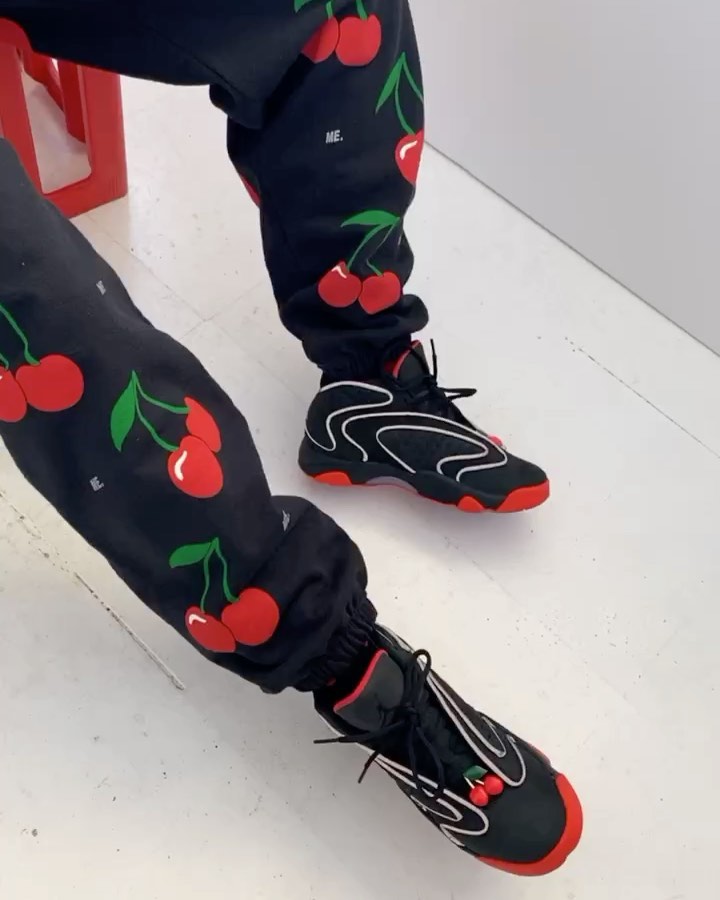 After teasing a new Jordan collaboration last week, Melody Ehsani revealed today the full details of the project and its ties with Women’s History Month, the WNBA, and the anniversary of Love & Basketball. Ehsani has been given the distinct honor of collaborating on the “Women’s Air Jordan“, the first Air Jordan designed for women back in 1998.

While arriving in the same silhouette as the OG, Ehsani’s take on the vintage basketball sneaker has some modern twists. Unlike the OG’s cream colorways, Ehsani’s version arrives in a triple-black, bright red accents on the tread and inner tongue and 3M piping throughout. The Ehsani Jordan Women’s also has a cherry fruit emblem as lace locks.

Regarding the addition of the cherry, Ehsani states “the emblem of a cherry,… throughout time has been associated with symbols of abundance, fertility & protection”.

Stay tuned for future details on the Ehsani Jordan Women’s, including pricing and available retailers.