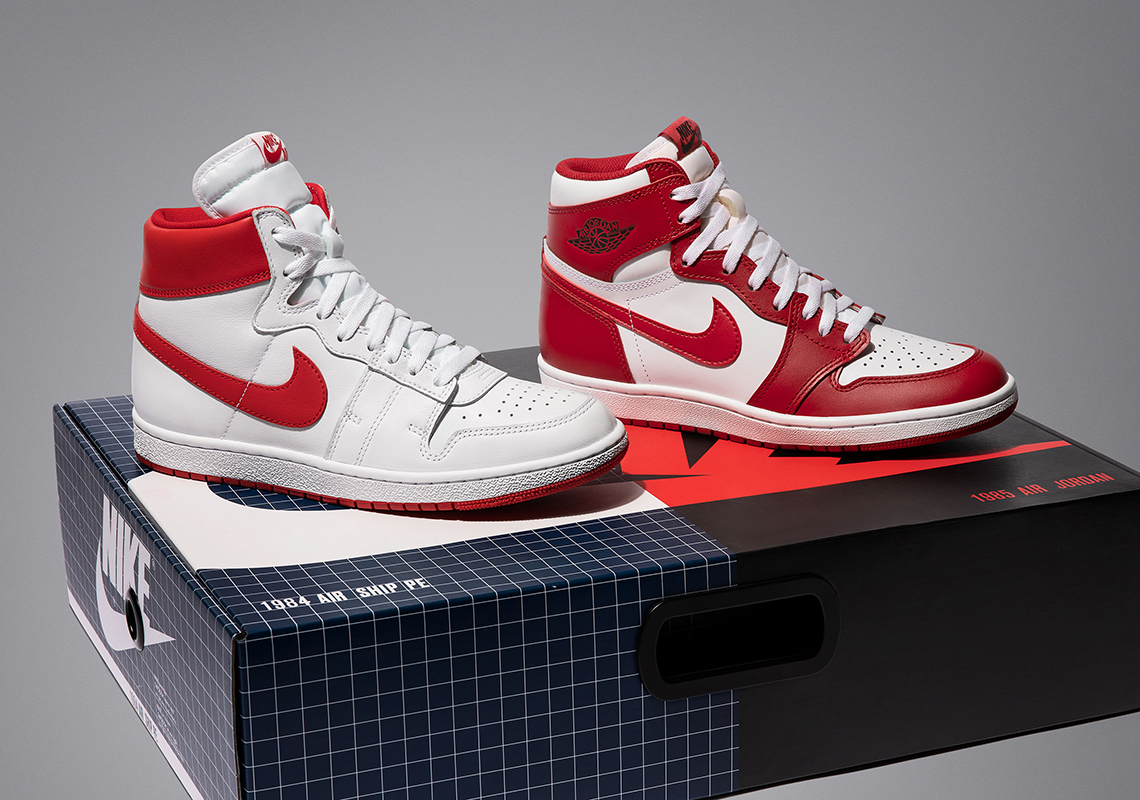 Releasing as a pack, the Air Jordan 1 Retro Hi ’85 and Nike Air Ship ($350 USD / $450 CAD) arrive on February 15th, 2020. Despite dropping alongside a variety of other Nike models around NBA All-Star Weekend, the “New Beginnings” pack is shaping up to be among the year’s most anticipated releases.

The Jordan 1 Hi ’85 comes in a rearranged Chicago colorway with a red swoosh and white accents instead of black. Further setting the Hi ’85 apart from other models is its exact reproduction to the specifications of the original AJ1 from 35 years ago. Some of these vintage specs include an extra high cut length, replicated stitching and vintage tags.

Often overshadowed by the AJ1, the Nike Air Ship now gets to share the spotlight in an all-white colorway with a red swoosh and matching accents along the anklet, tongue, and sole. The Air Ship also follows the specifications of the original, 1984 Air Ships which were, in reality, Michael Jordan’s first, game-worn, Nike sneakers.