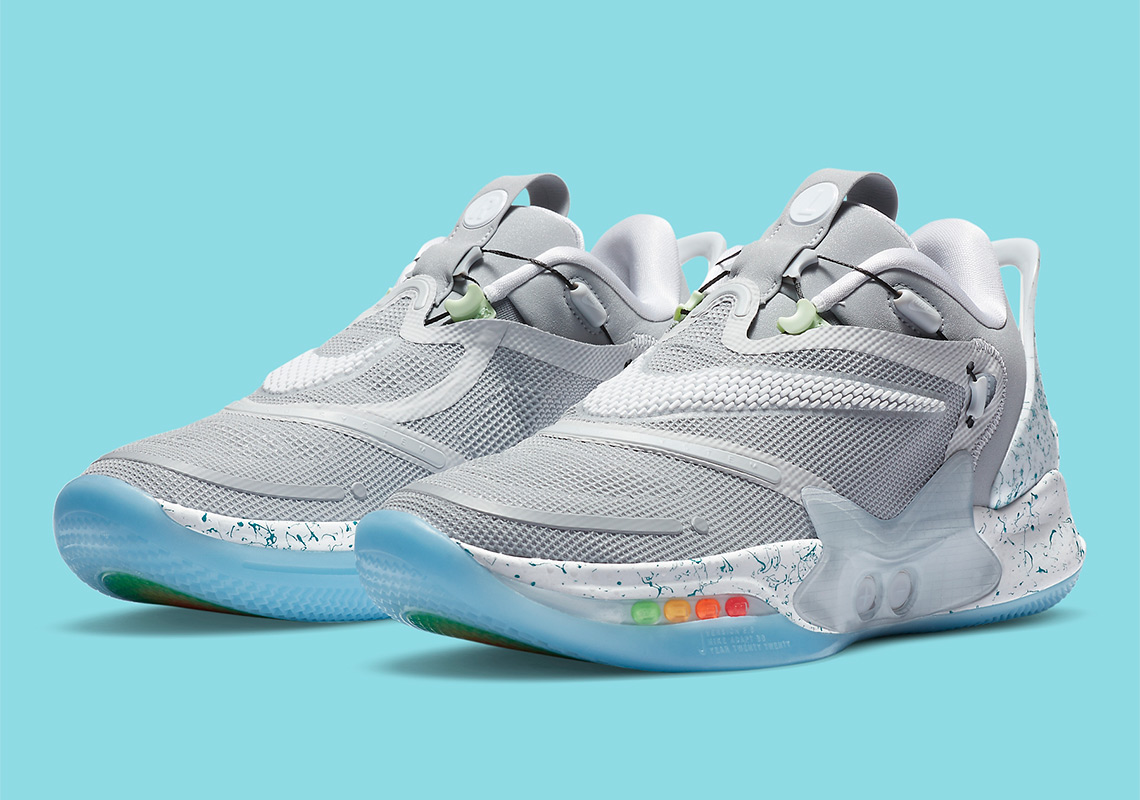 Two new colorways of Nike’s line of self-lacing, basketball-ready Adapt BB 2.0 are set to release later this Fall season in some familiar makeup. Inspired by the color scheme of the Nike Air Mags, the Back To The Future vibes are on full display in the upcoming “Mag” and “Alternate Mag” colorways.

From the official Nike images, we can see that the marbled and speckled Grey/White/Blue paneling of the Air Mags are utilized on the “Mag” colorway throughout the midsole and heel. Sitting atop a semi-translucent Frosted Blue outsole, the midsole is done in a white base with blue streaks of splashed blue ink across its surface. The heel features a similar design but with a light grey base. A lightweight, perforated upper in light grey with a white Swoosh encapsulates not only the plush mesh underneath but also Nike’s Adaptive Fit, auto-lacing system. Adjustable using the mobile app or through translucent buttons on the shoes medial portions, the shoe will tighten or loosen to each individual foot’s specifications. Green, Yellow, Orange, and Red appear at the lateral portion of the forefoot as a final nod to the original Back To The Future stylings of the Air Mag. Releasing alongside the “Mag” colorway is a Black “Alternate Mag” version for those who want a sleeker take on the original. This version uses a uniform Black base throughout its upper and midsole with touches of white accenting on the Swoosh and hardware. Both pairs will retail for $400 USD and come in specially-designed shoeboxes with a charging mat and cables included. 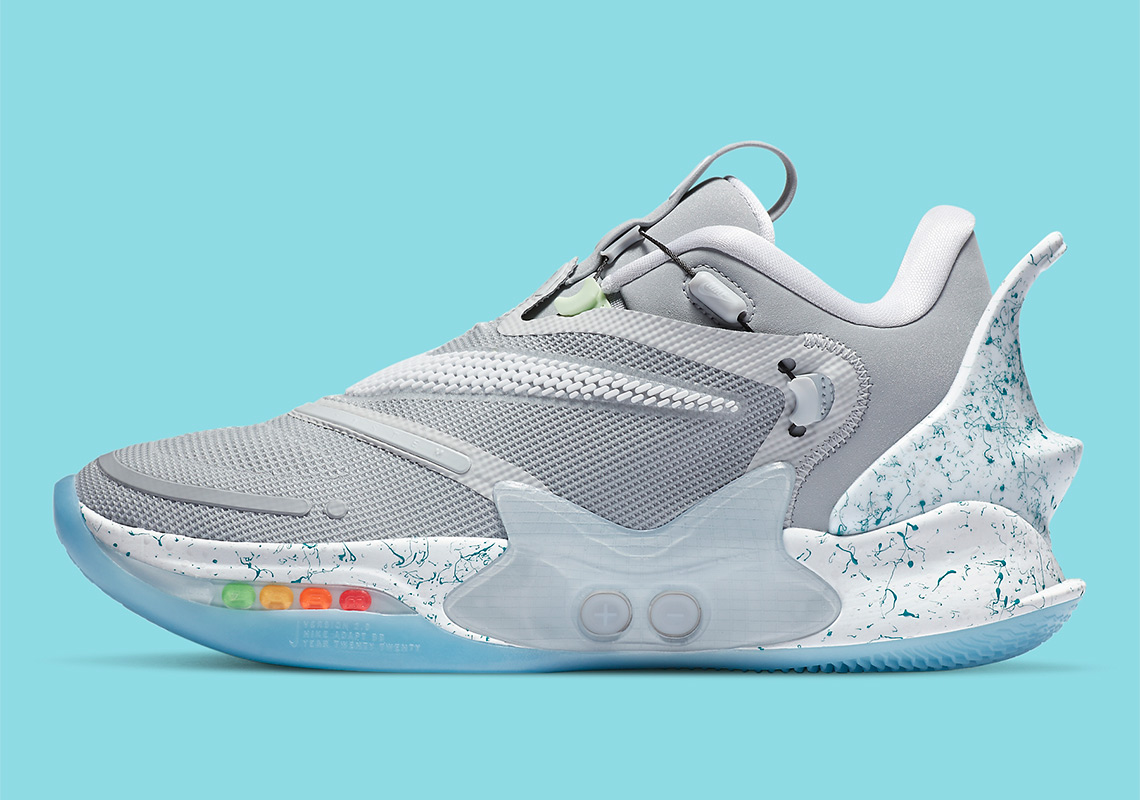 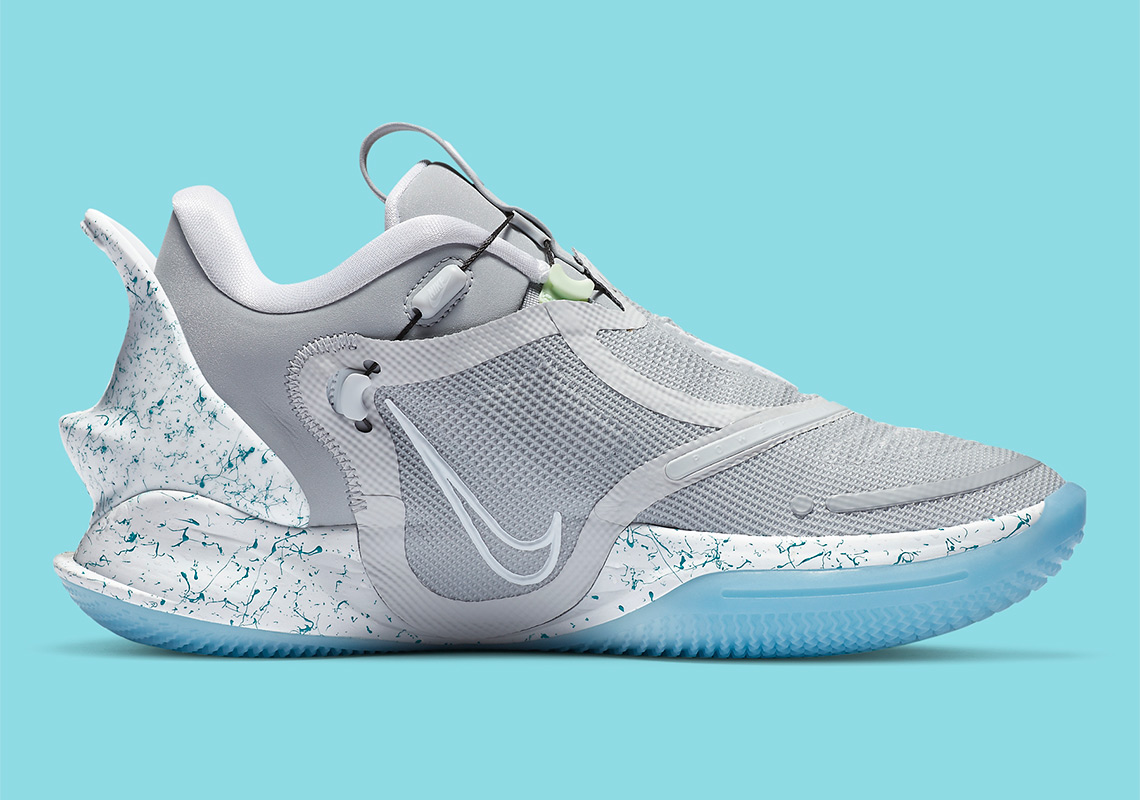 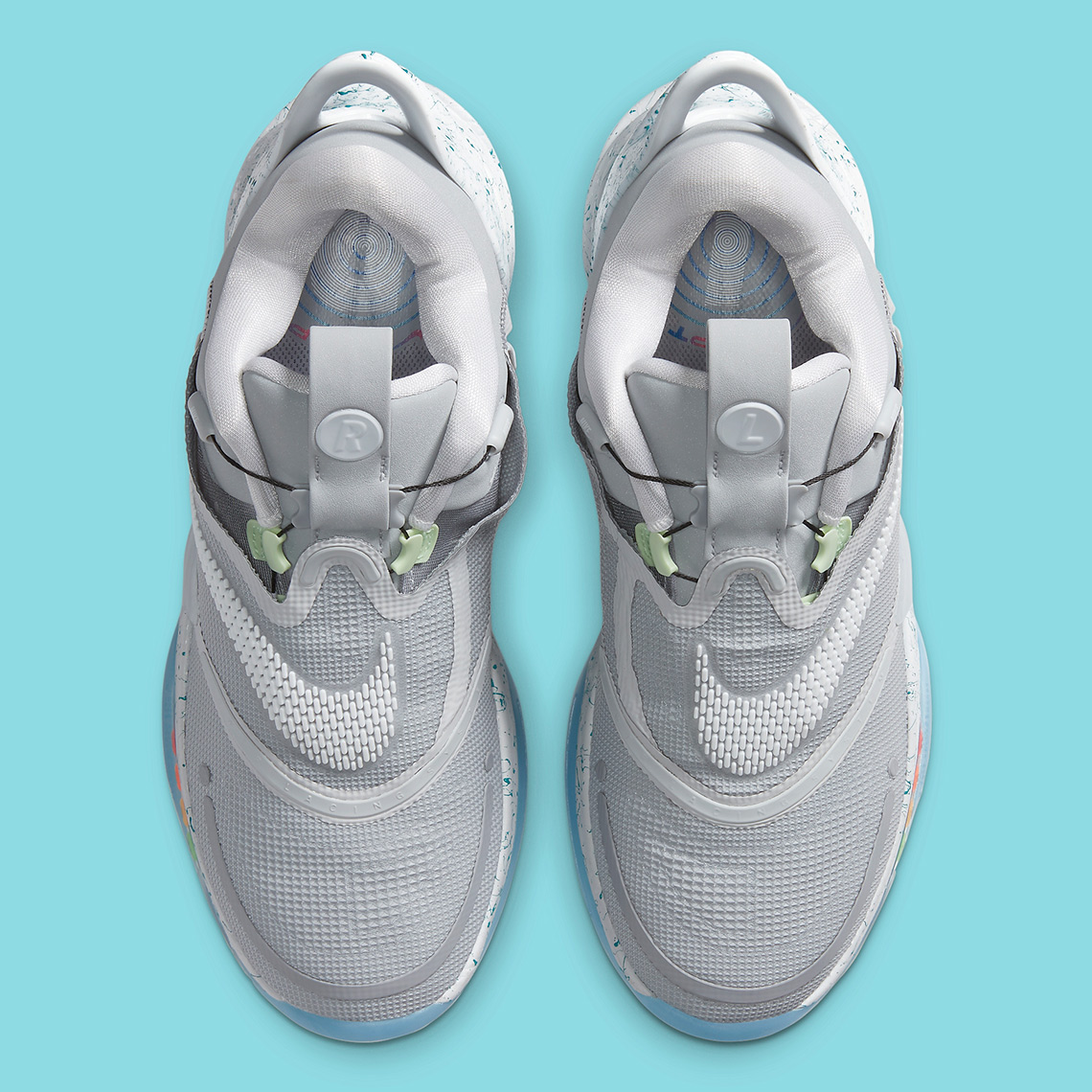 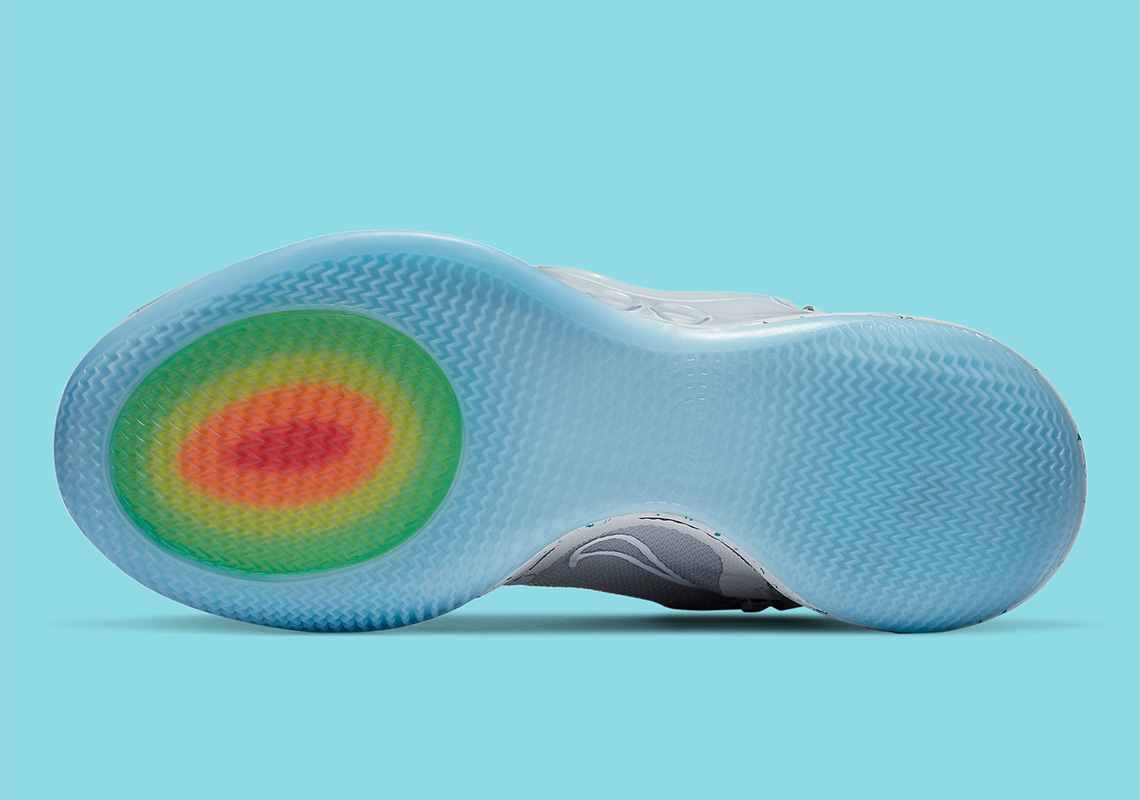 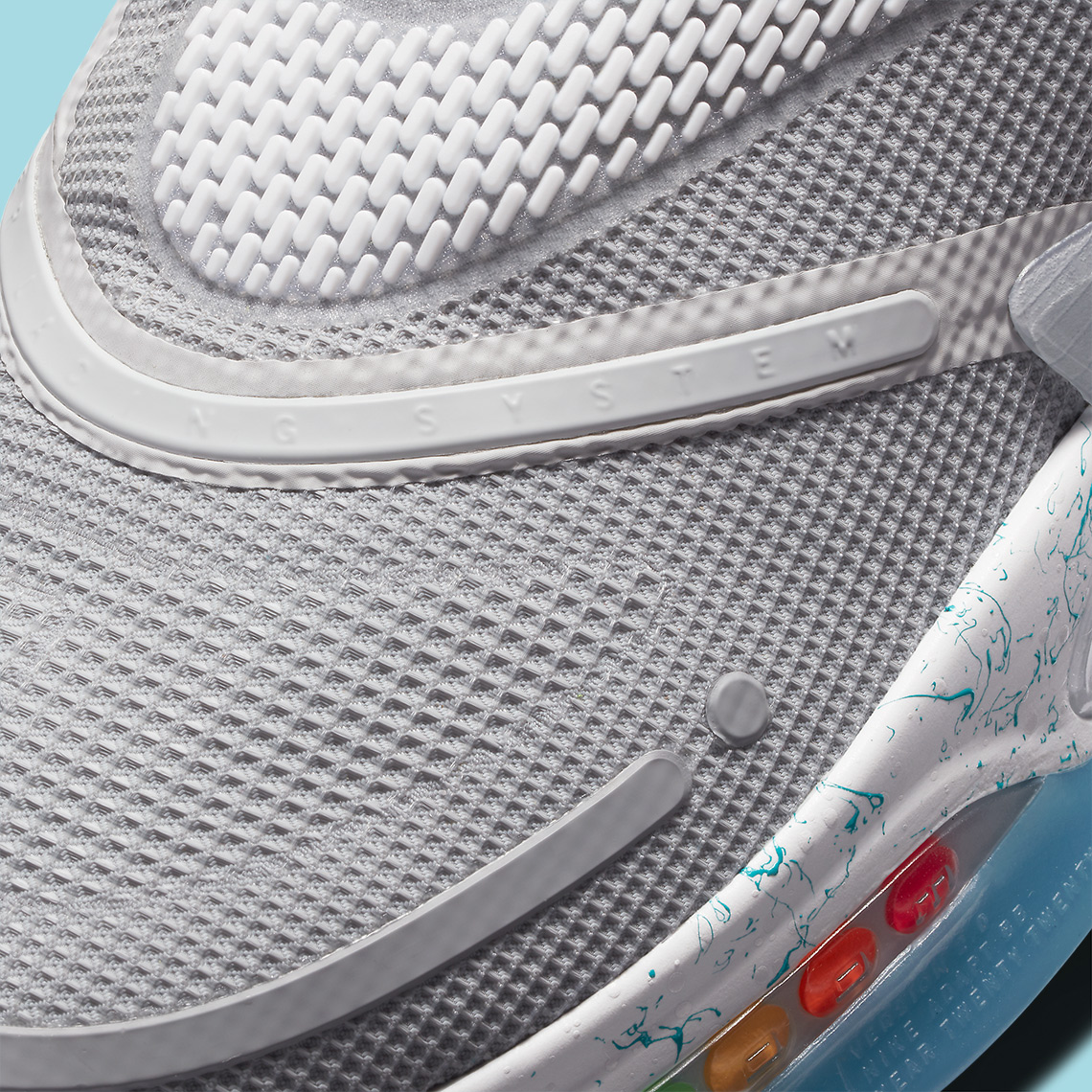 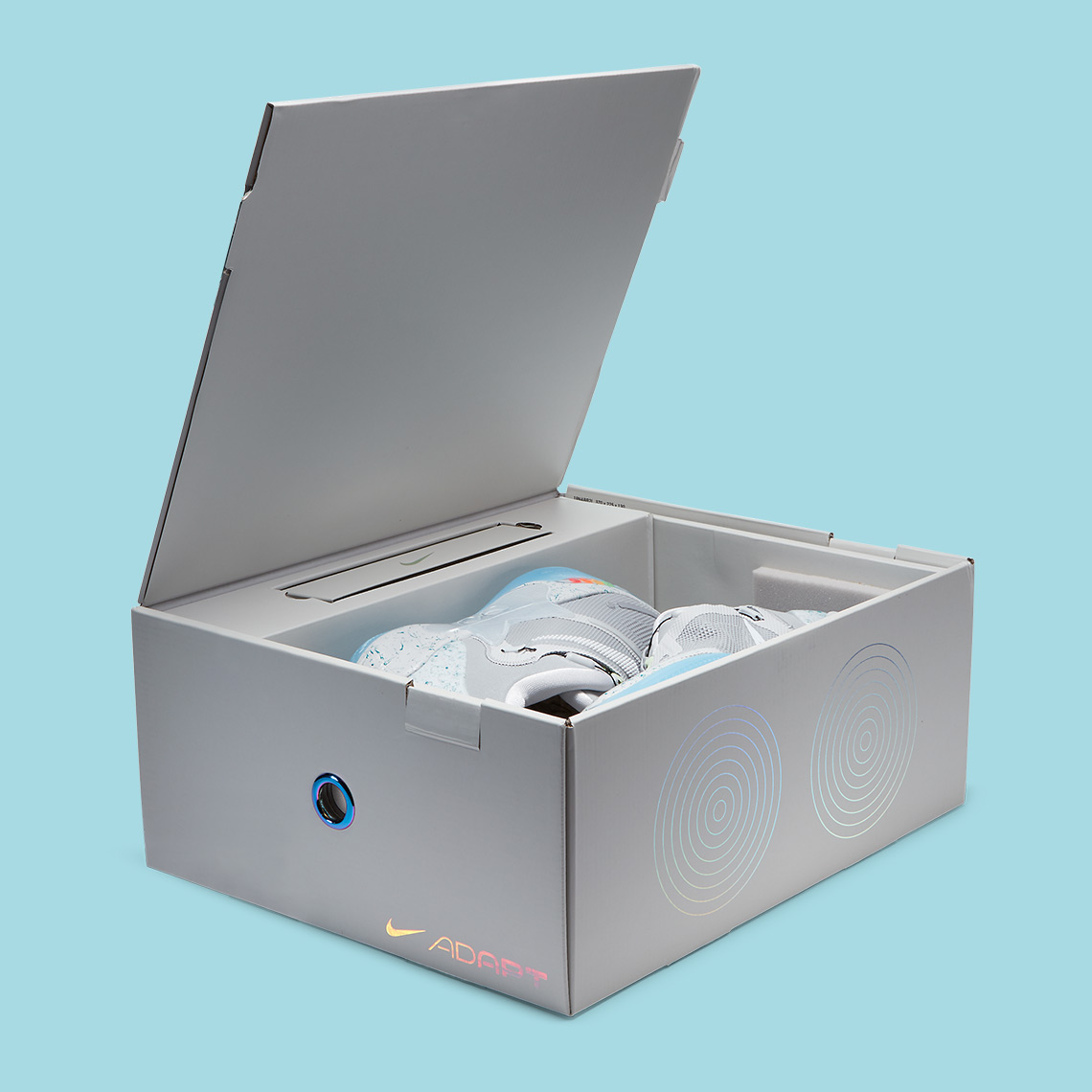 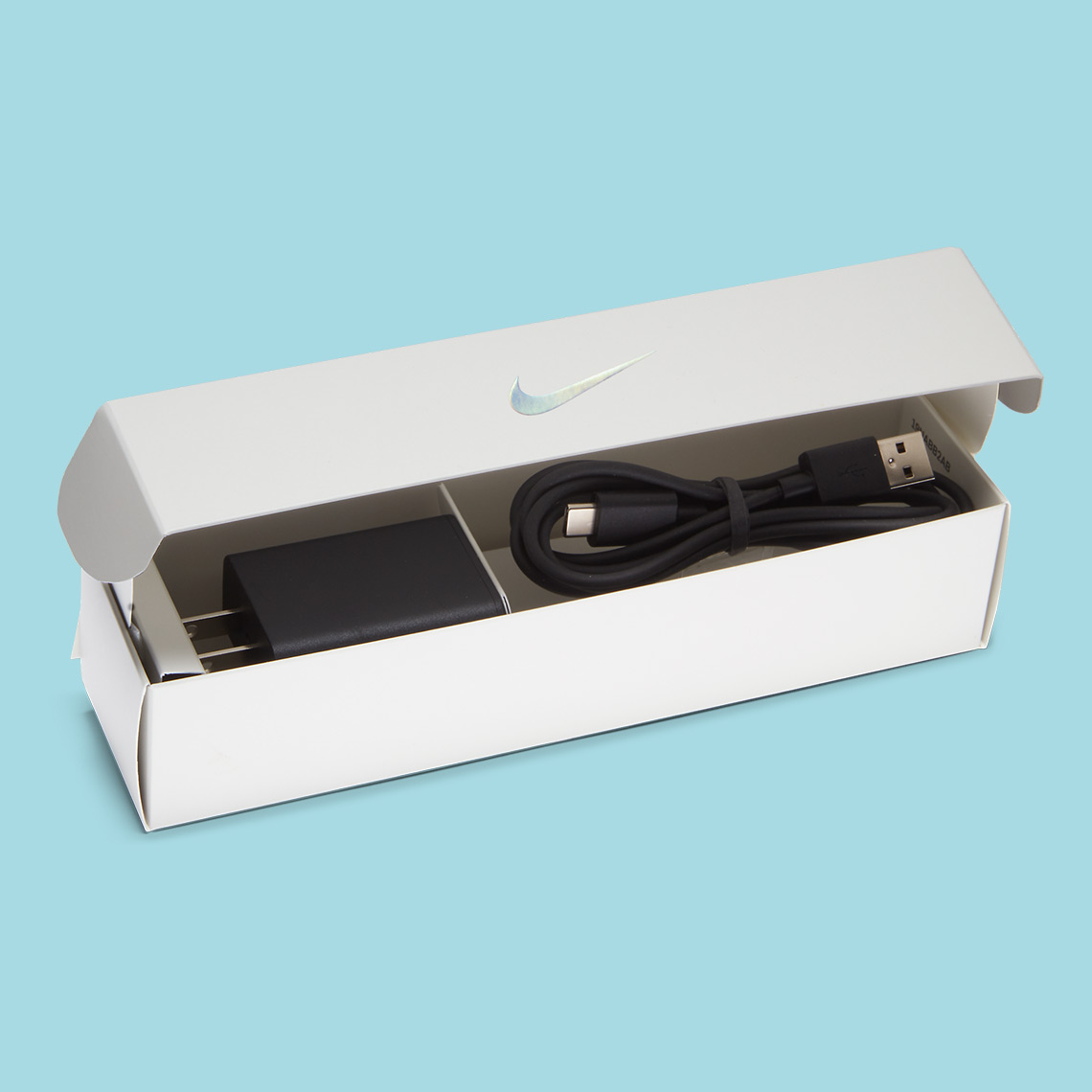 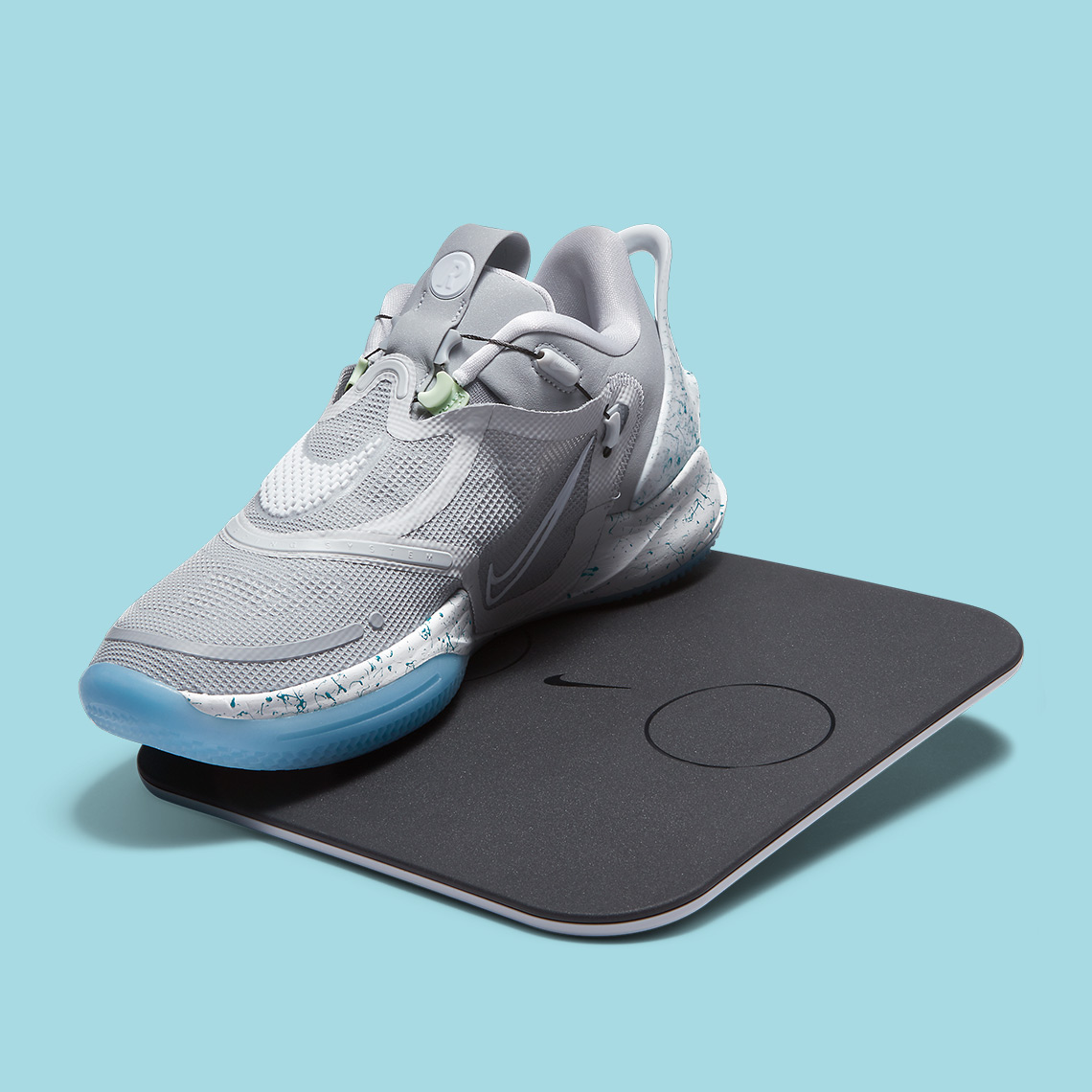 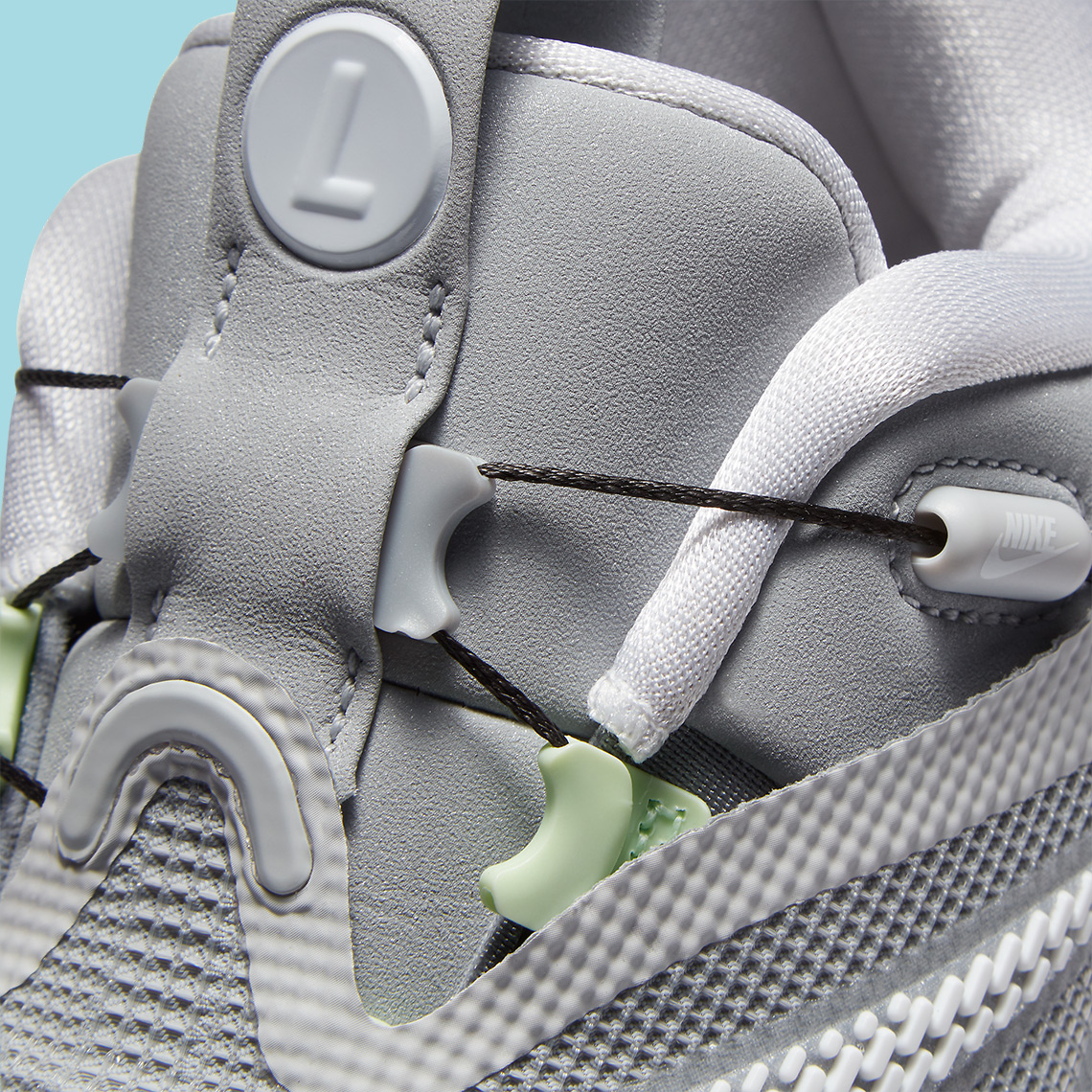 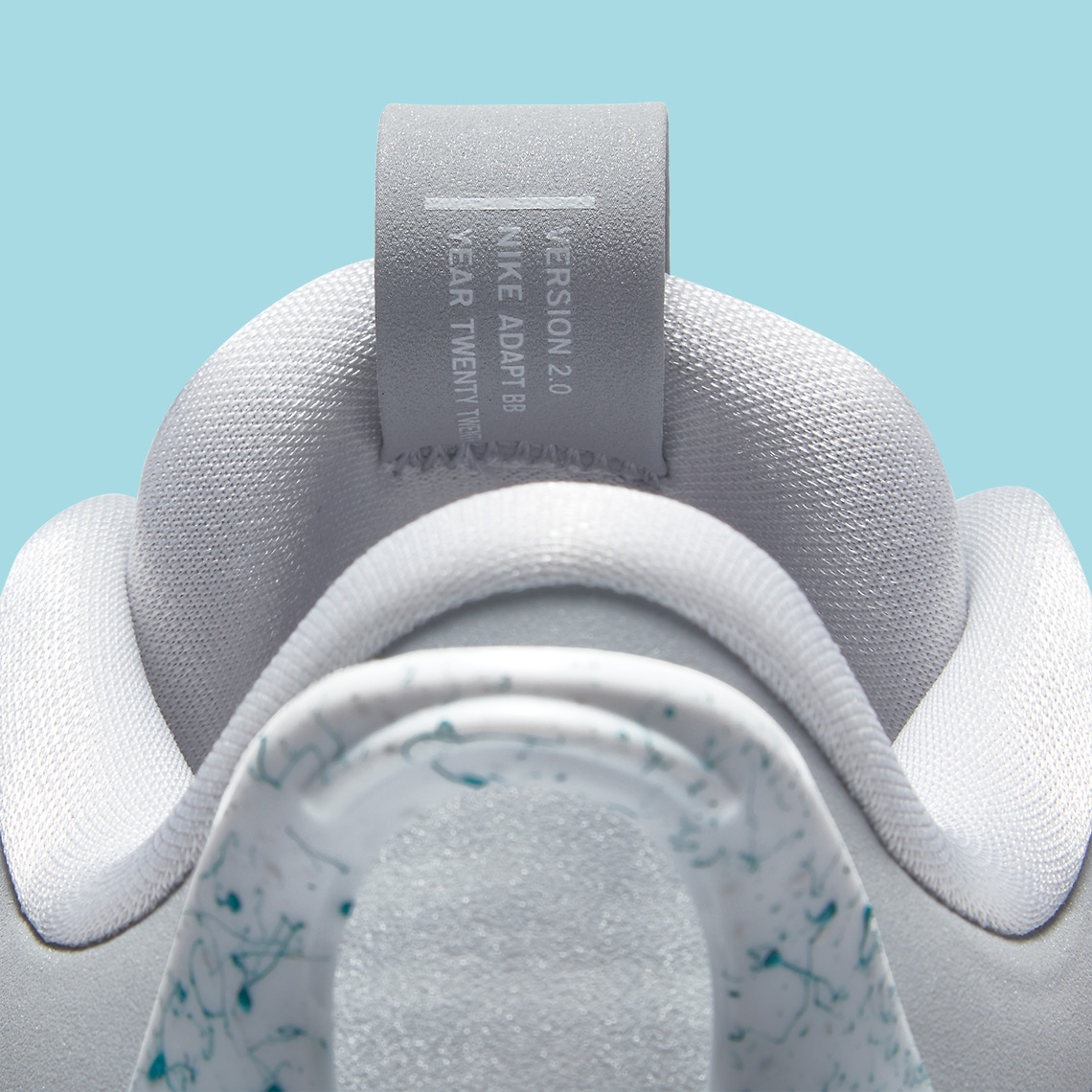 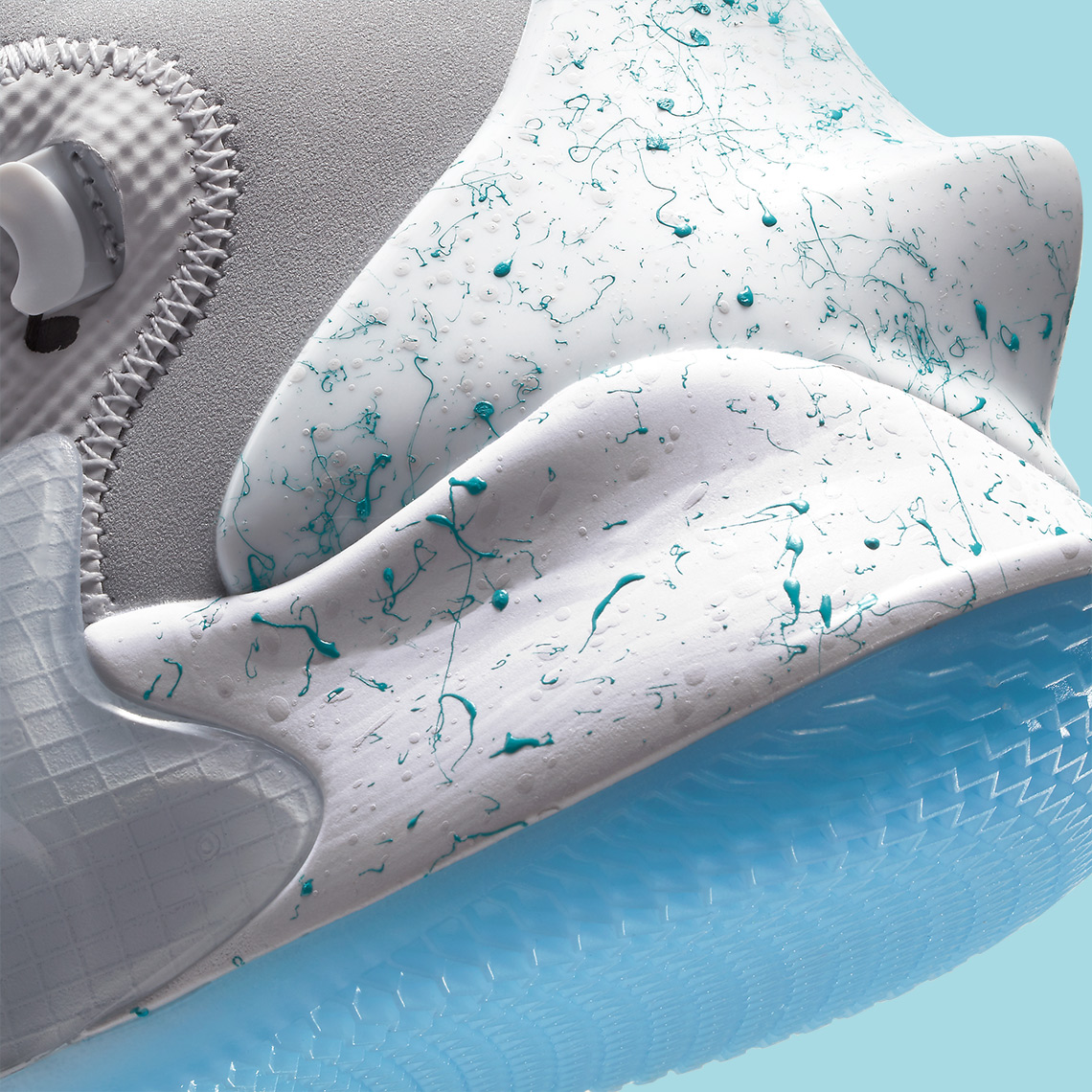 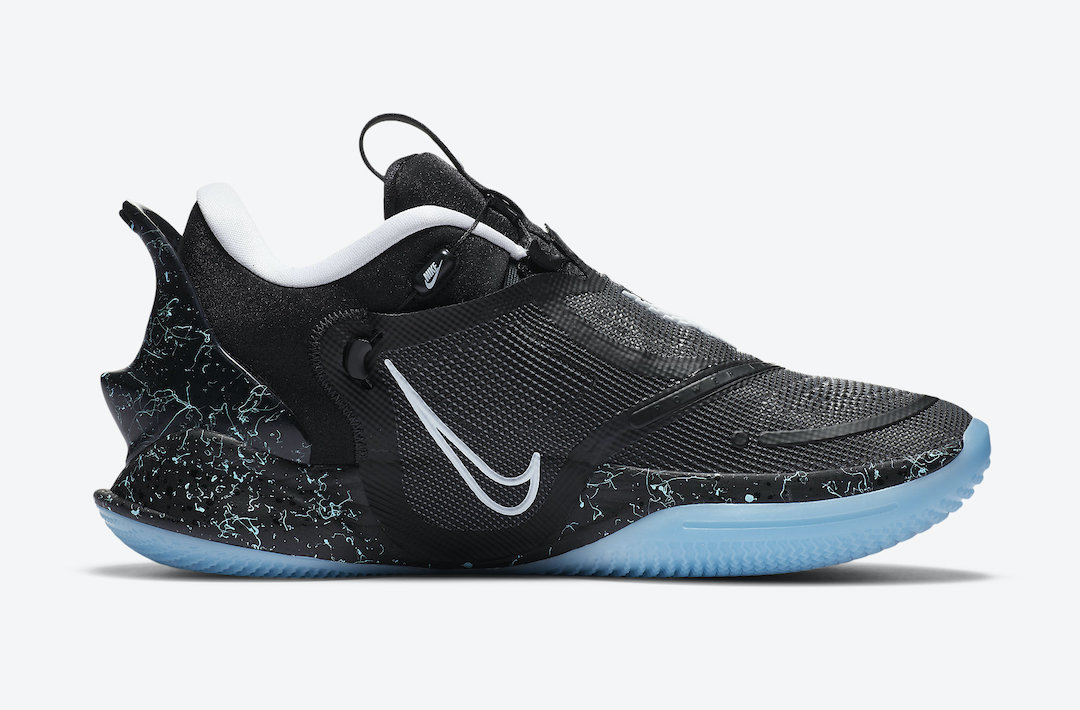 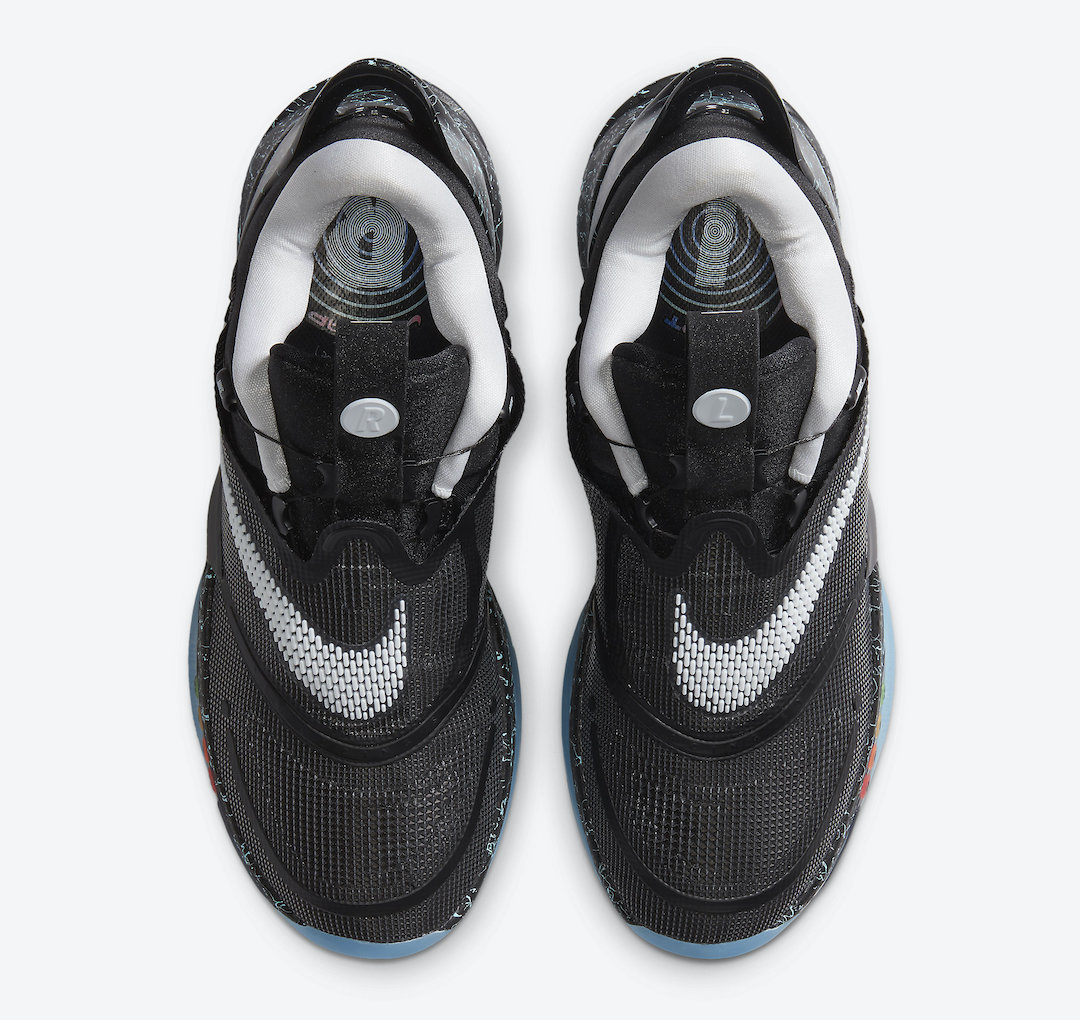 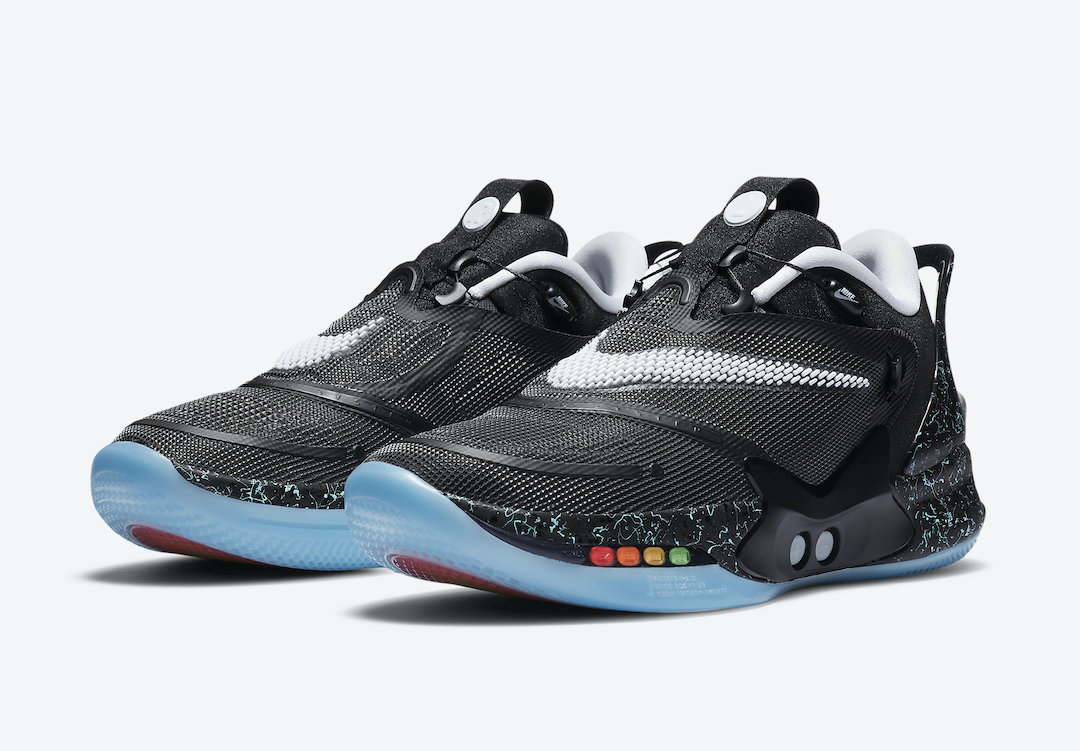 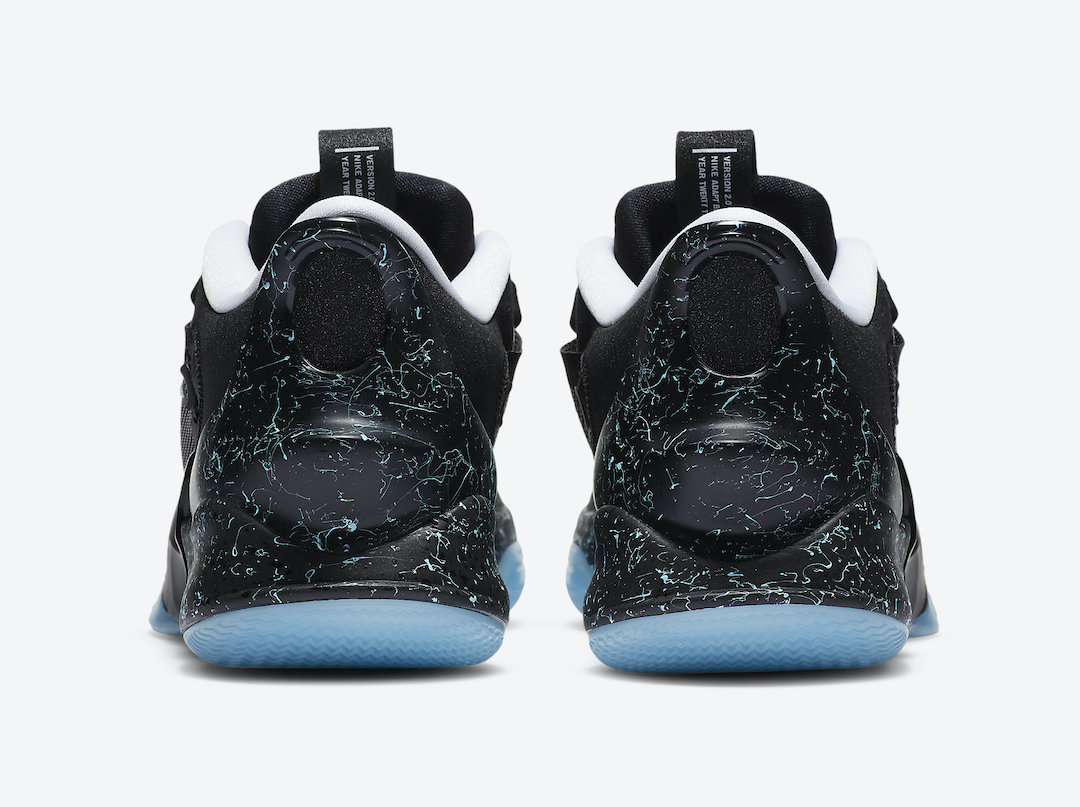 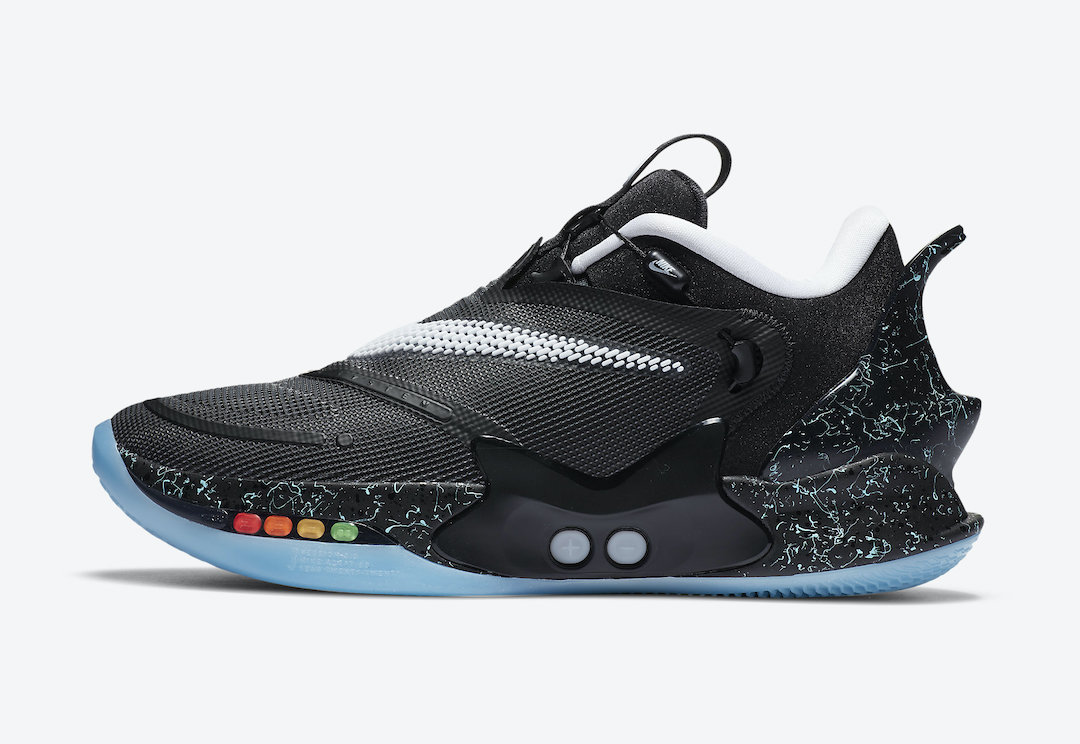 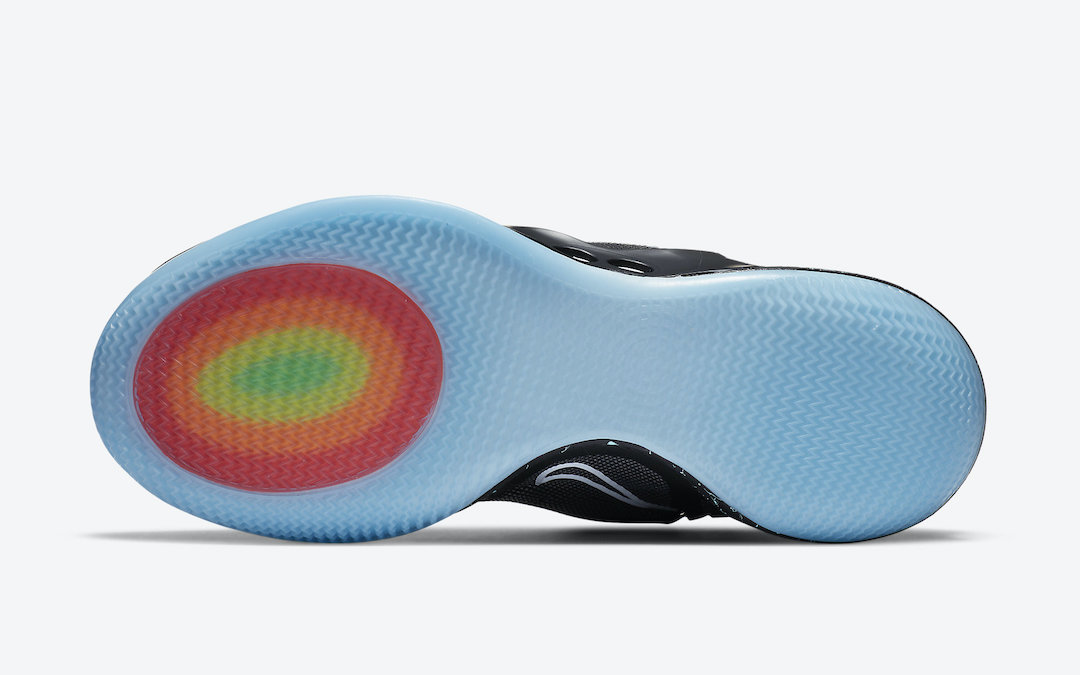