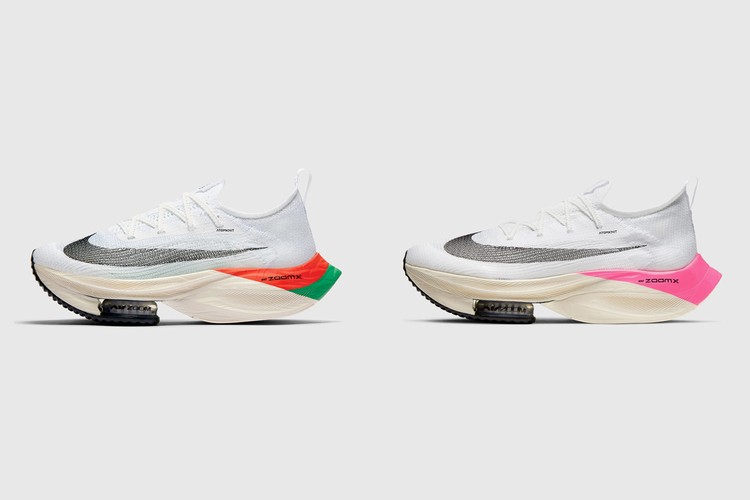 To commemorate this year’s London Marathon made up exclusively of elite runners, Nike is prepping the release of some special colorways of the Air Zoom Alphafly NEXT%. Dubbed the “Lenya” and “1:59:40” colorways, both pairs commemorate London Marathon contestant Eliud Kipchoge, the man who achieved a sub-two-hour marathon time wearing prototypes of the Air Zoom Alphafly NEXT%. The “1:59:40” colorway is a nod to Kipchoge’s record-breaking time and is adorned in the exact same shades of white Atomknit upper and fluorescent pink accenting. Kipchoge’s time and his initials are featured on the heels of each pair as well as in the insole. The “Kenya” pair is color-blocked to represent the Kenyan flag of Kipchoge’s home country. Also dropping alongside the aforementioned pairs is a “Mango” colorway which is part of a larger “Fast Family” collection of Nike running shoes. That collection includes a ZoomX Vaporfly NEXT%, Tempo NEXT% OG and FlyKnit, and both men’s and women’s pairs of the Pegasus 37. The “Fast Family” pack is done entirely in the “Mango” colorway save for the Pegasus 37s which are done in black and light grey with the “Mango” shade appearing only on the Swooshes. 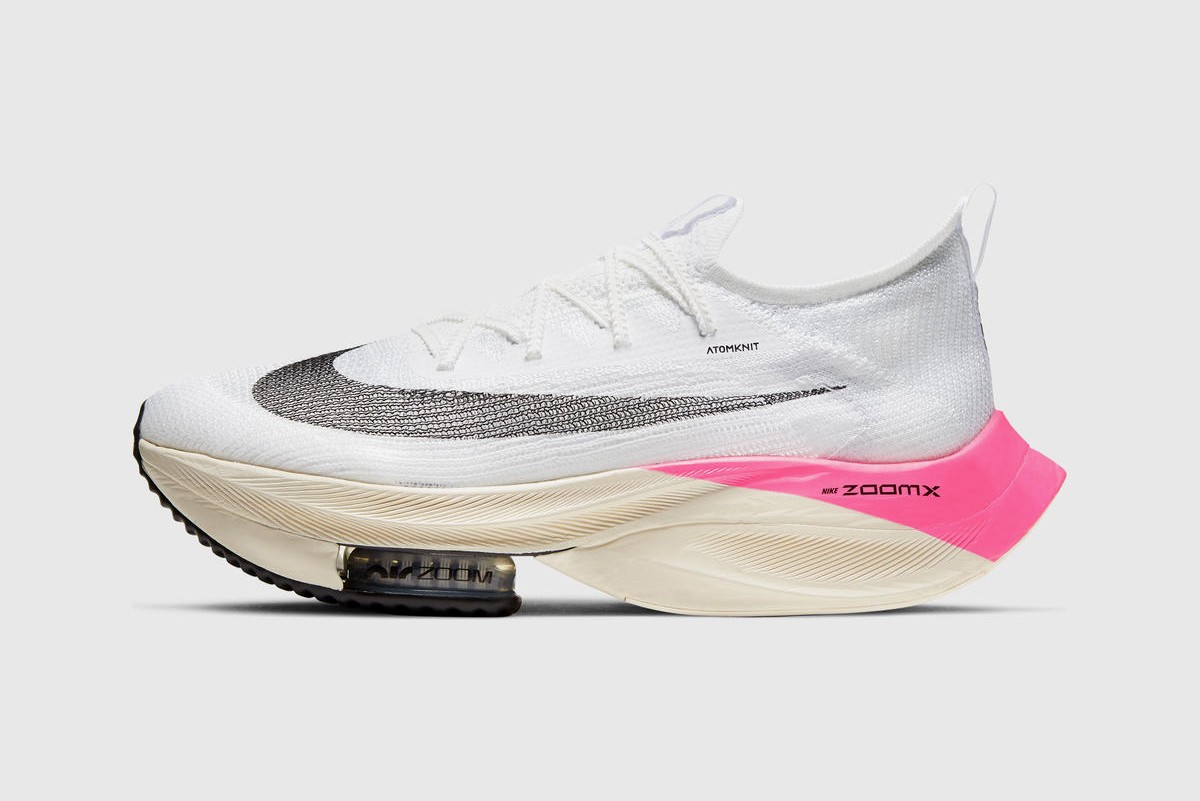 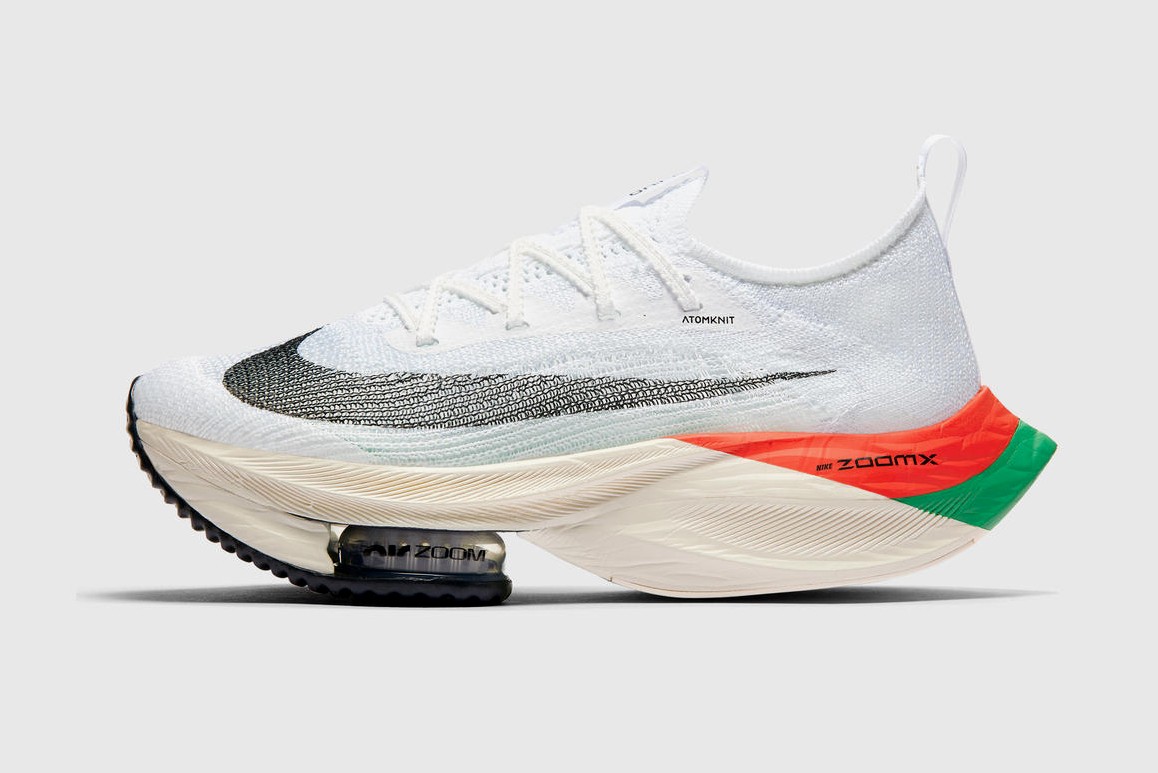 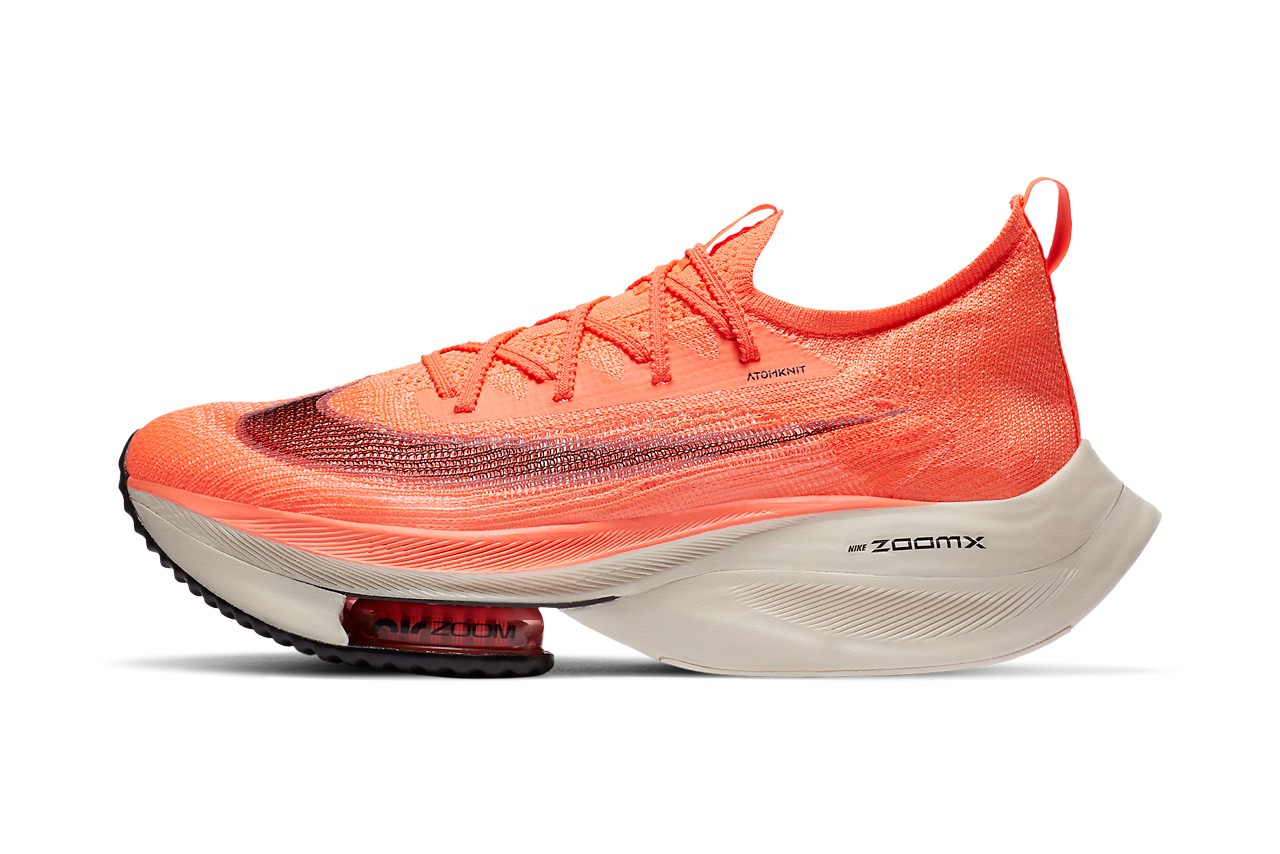 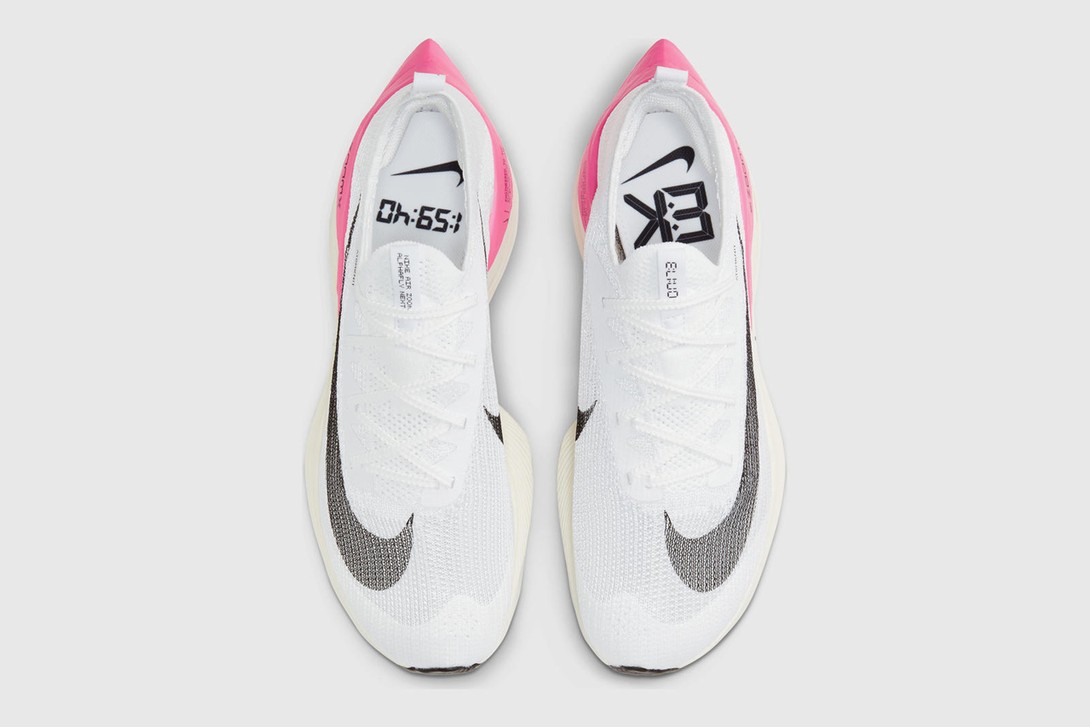 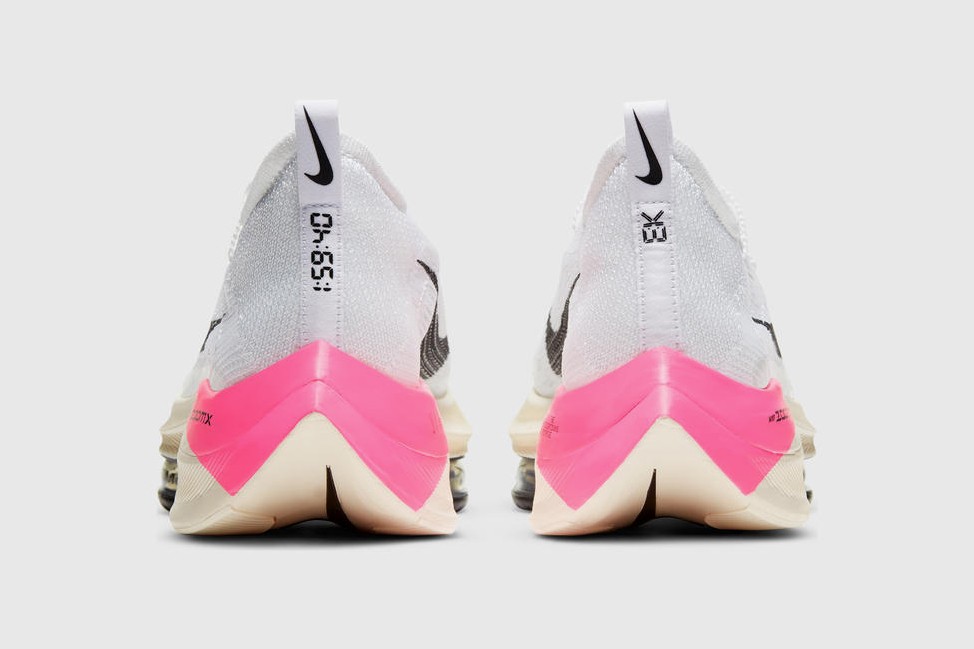 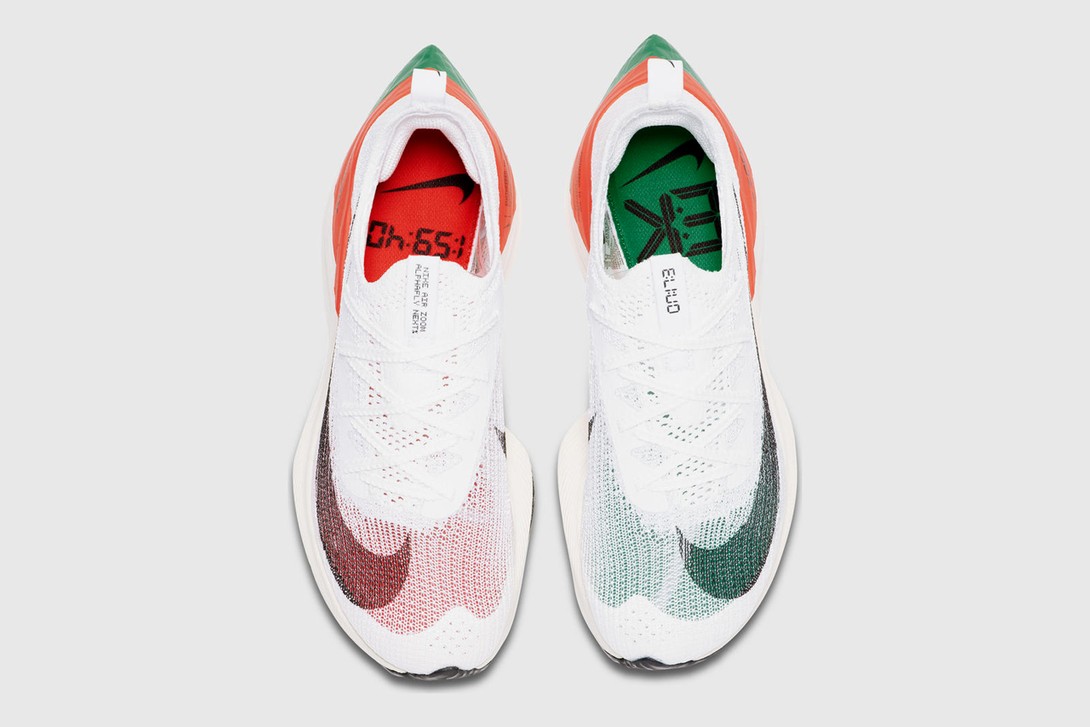 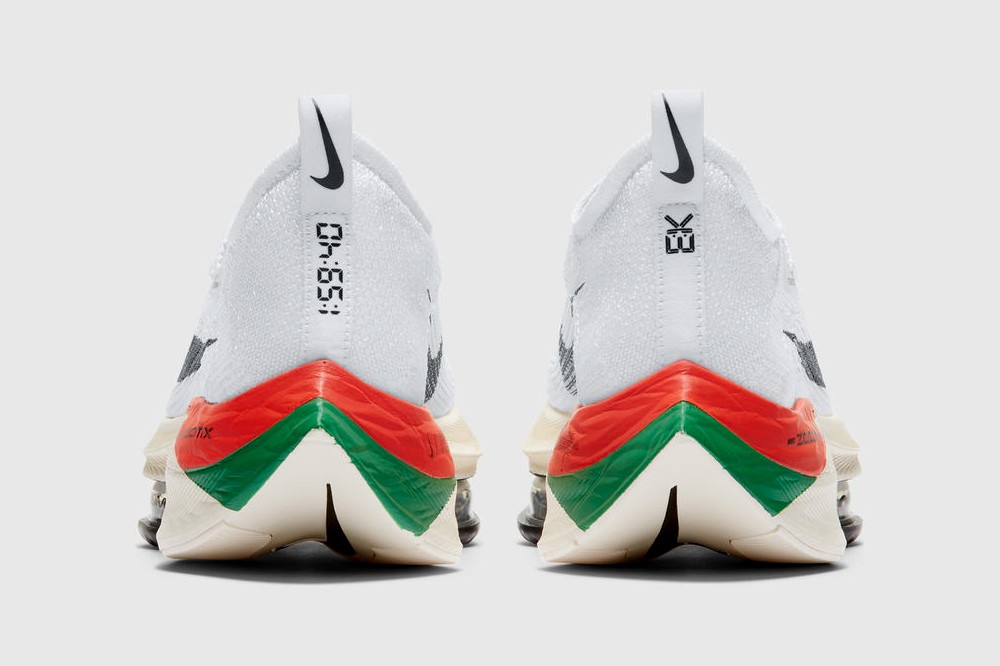 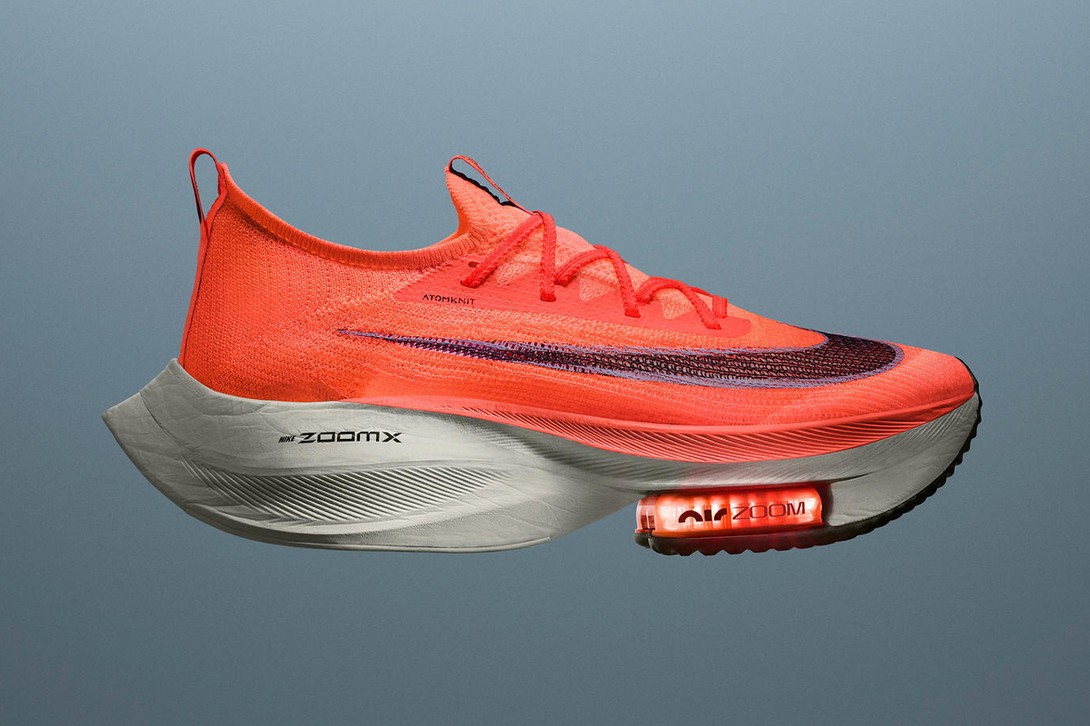 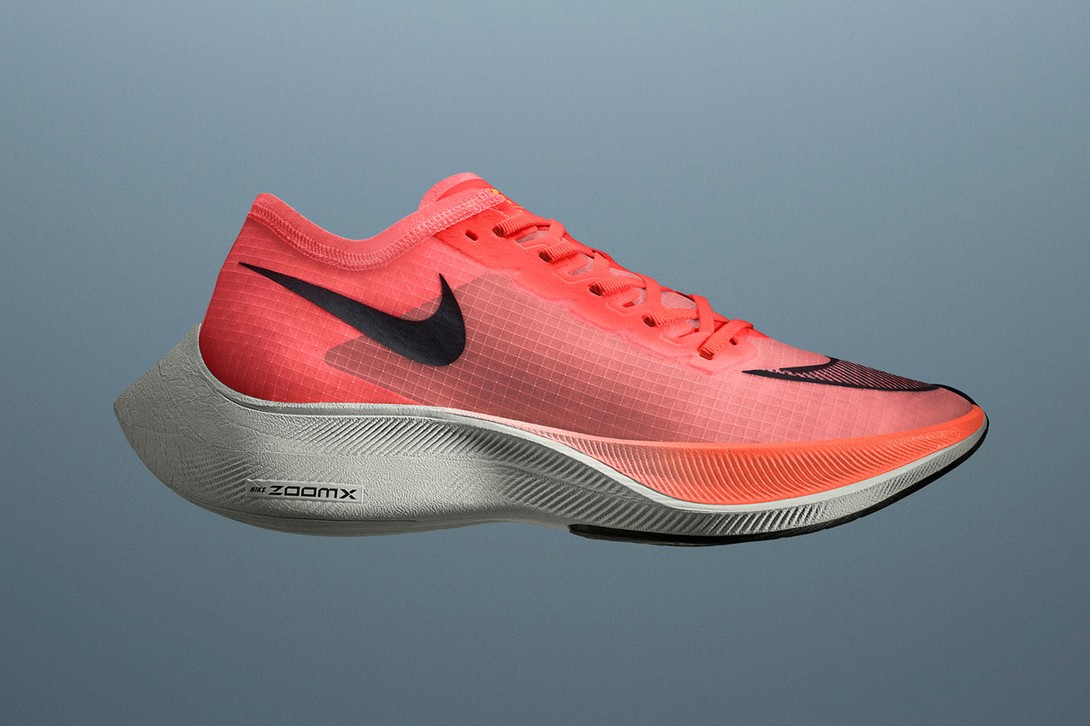 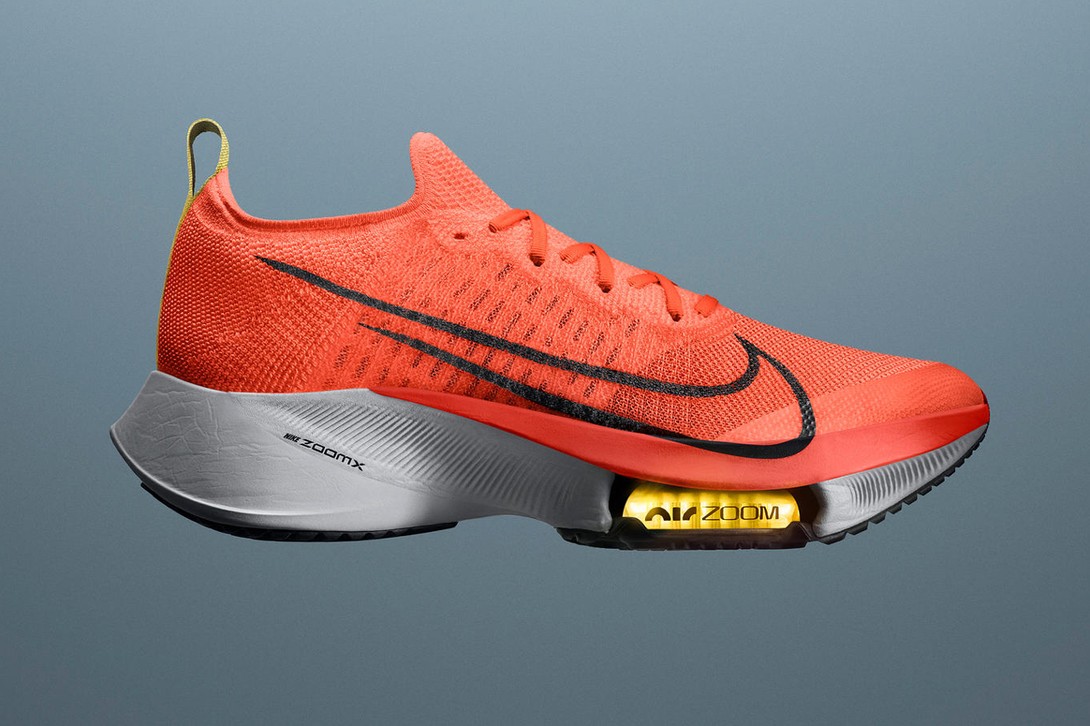 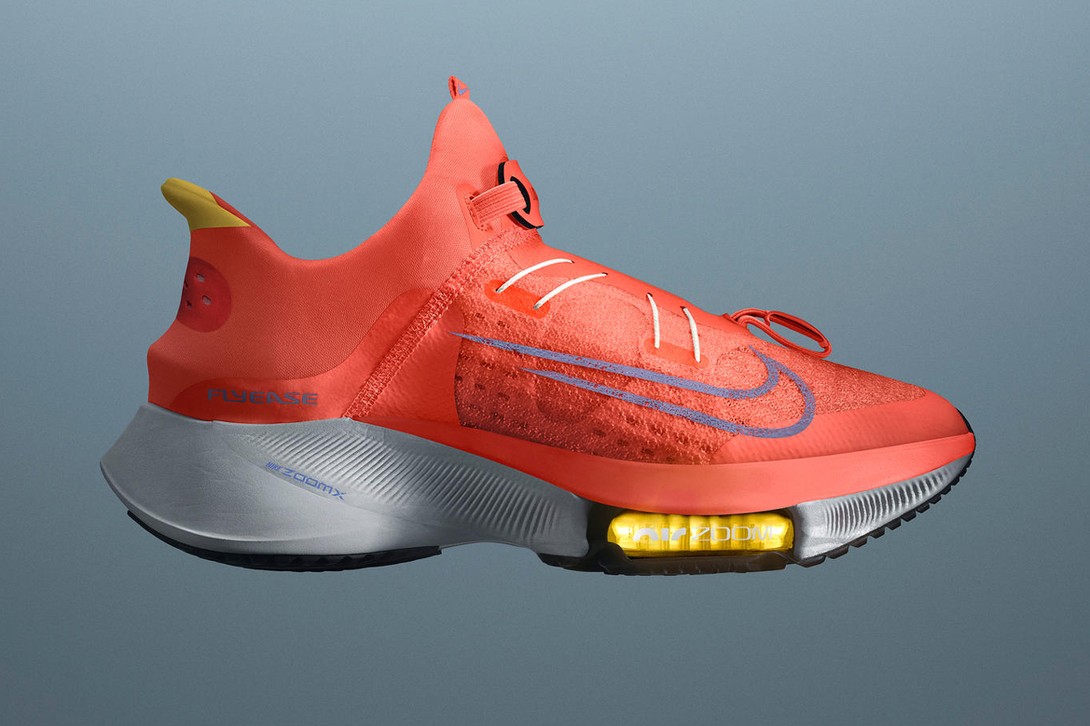 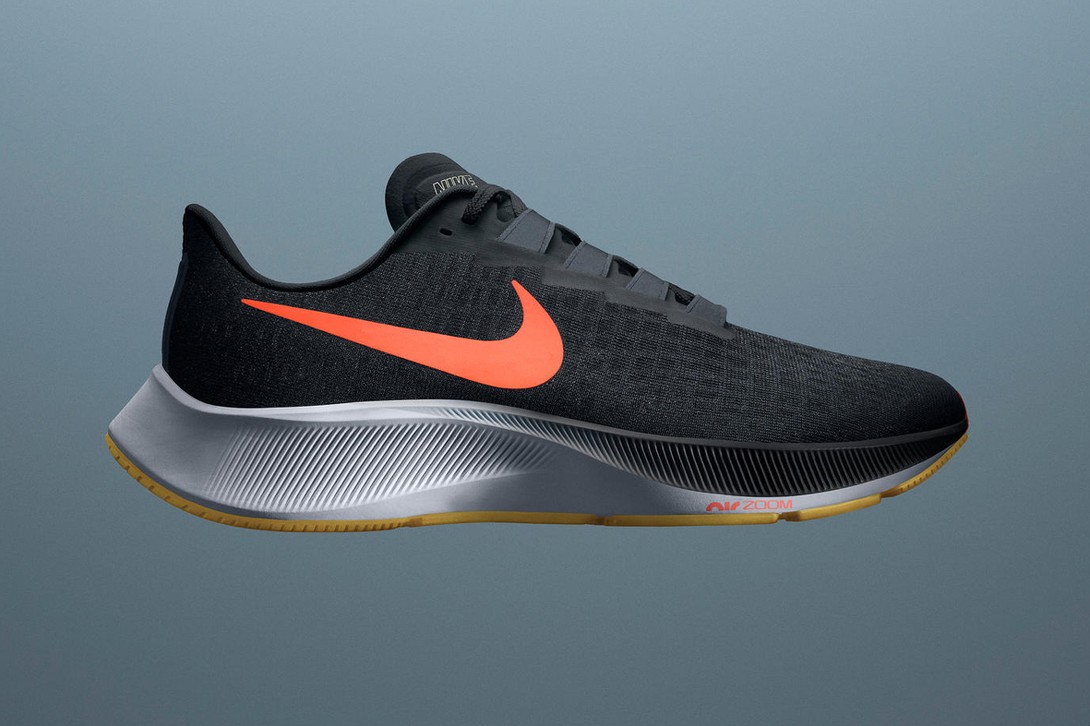