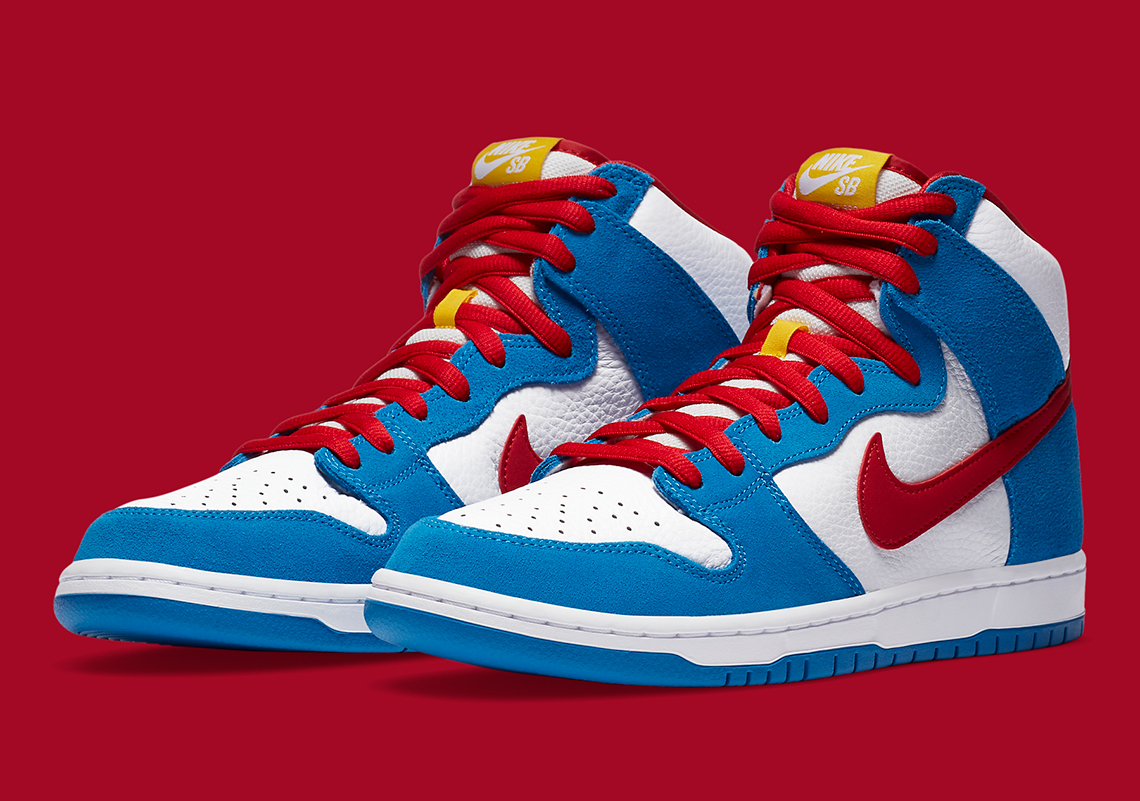 The shoes appear just as they were first teased, with pebbled white leather toe boxes, ankle collars, and side panels that mimic Doraemon’s belly and face while baby blue suede adorns the rest of the overlays to match the mascot’s famous shade of fur. Red laces, ankle lining, and Swooshes are nods to the character’s nose collar and tail. But the most clever detail has to the be the gold accents on the tongue and tongue tag which mimic the golden bell around Doraemon’s collar and the hidden stash pocket behind the tongue that pays homage to his infinite “4D” pocket from the anime.

Take a closer look at the shoes below and stay tuned to SoleSavy for official release details. Don’t want to miss out on the Doraemon Dunks release? Then a Sole Savy Membership might just be right for you. We give you all the help, tools, and insider info needed to cop these kicks for retail upon release. You can read more about the benefits here and join our Waitlist today. 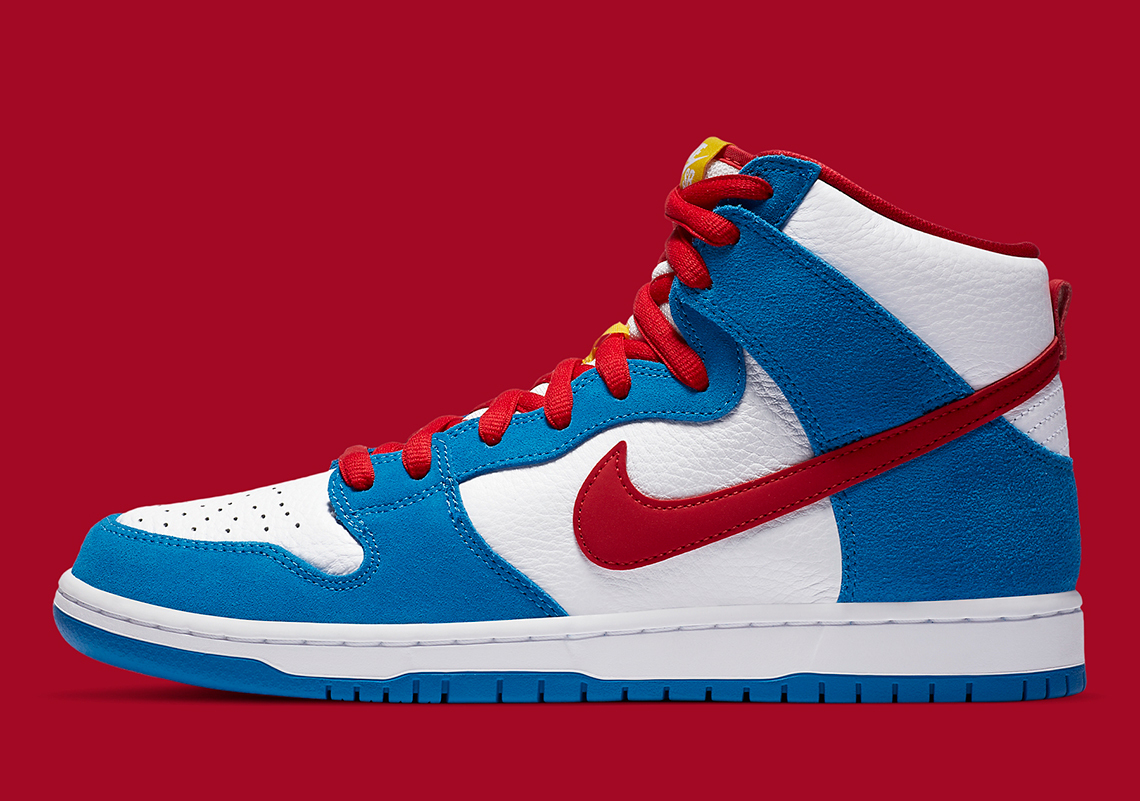 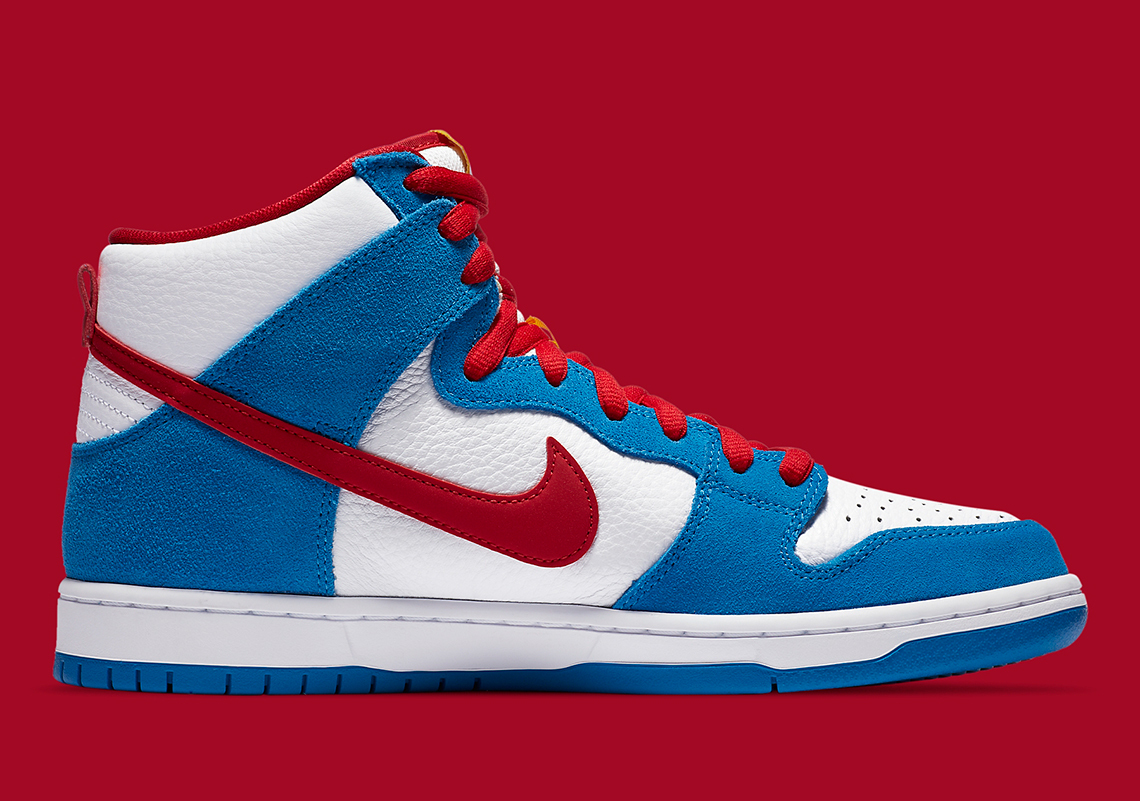 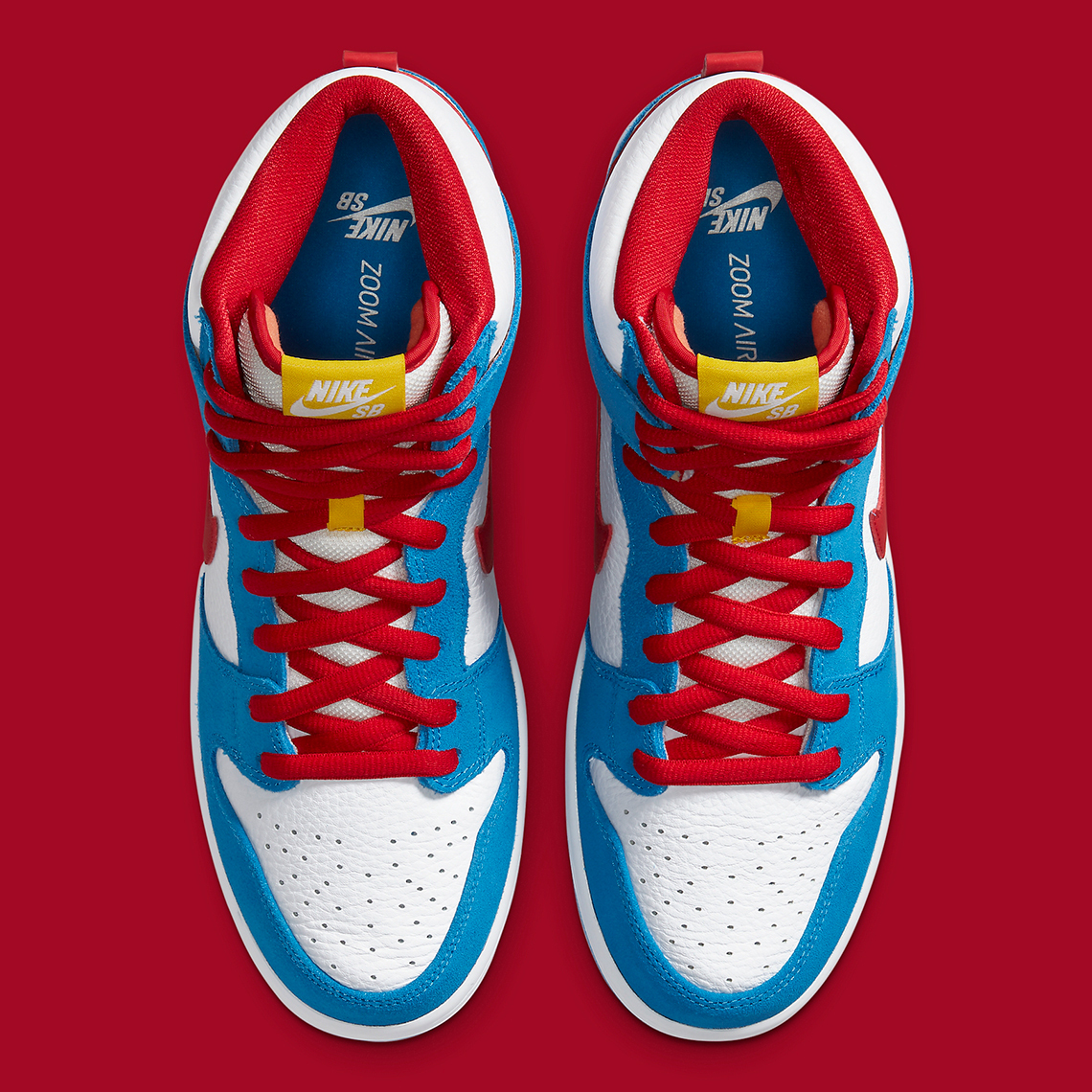 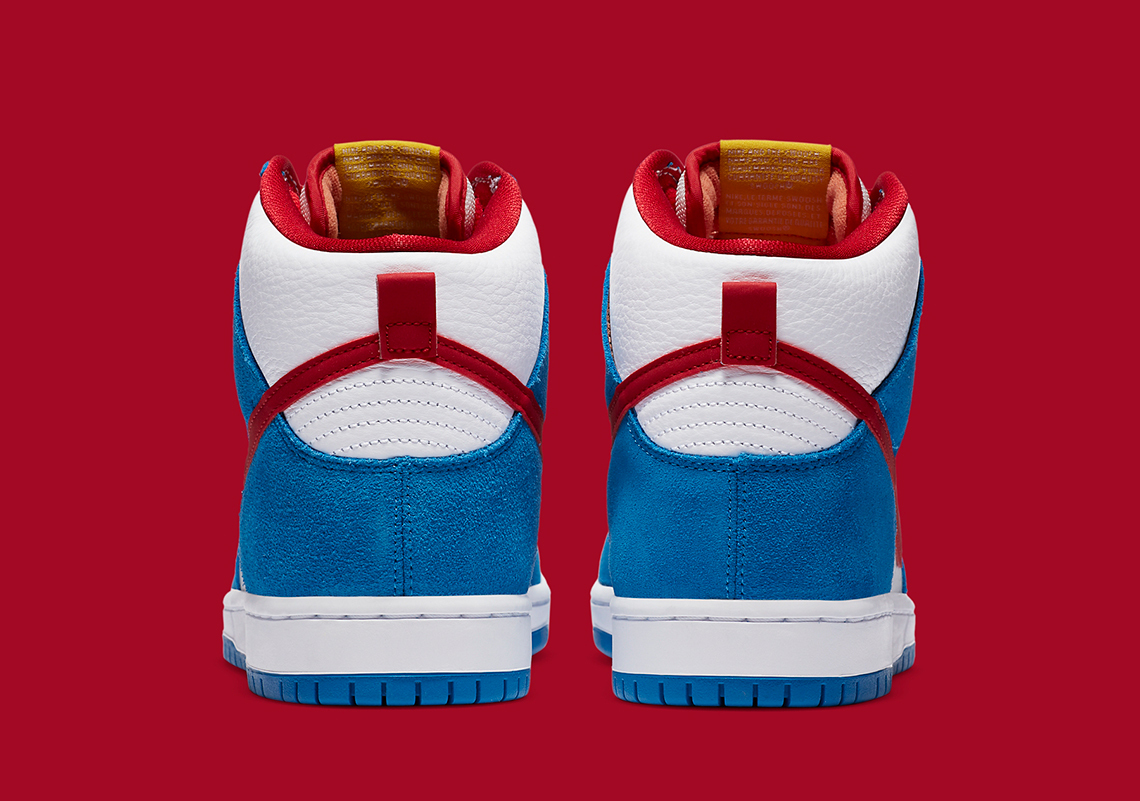