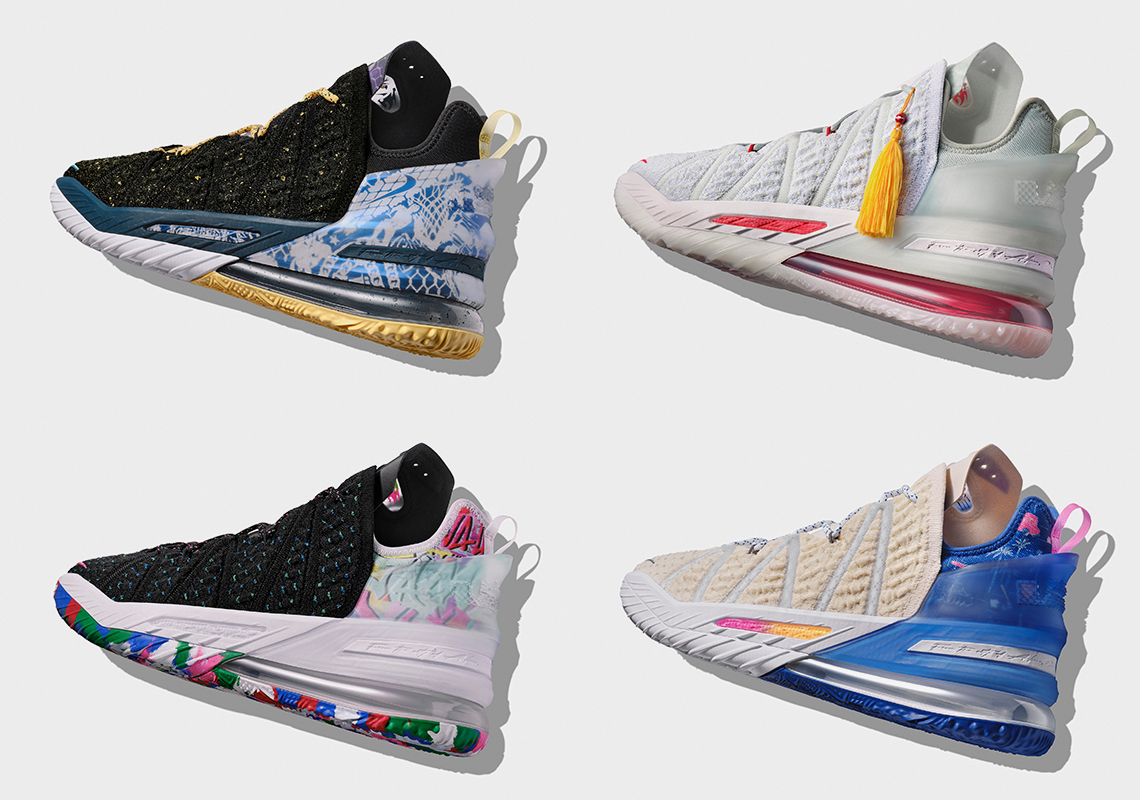 Following a shock drop yesterday on Nike’s SNKRS app, the Nike Lebron 18 will officially release to the public on Monday, September 21st, 2020. Previewed below in four different colorways, the shoe will launch with the black/gold “Reflections” colorway in North America with the Greater China-exclusive white/mint green “Empire Jade” colorway dropping simultaneously. The colorful “James Gang” and “Los Angeles By Day” colorways will also be releasing this year on October 9th and November 6th respectively. The Nike Lebron 18s have been teased throughout the current NBA season in the Orlando bubble, with earlier on-foot shots of Lebron James in the “Empire Jade” colorway serving as the world’s closest look at them prior to launch. Every colorway features its own unique details that expand upon its woven knit upper, thick midsole cushioning, and the large, heel-based Air units. Materials, patterning, and graphics vary greatly between each colorway.

Take a closer look at all four colorways of the Nike Lebron 18 below and stay tuned to SoleSavy for future sneaker-related news.

All images by Nike. 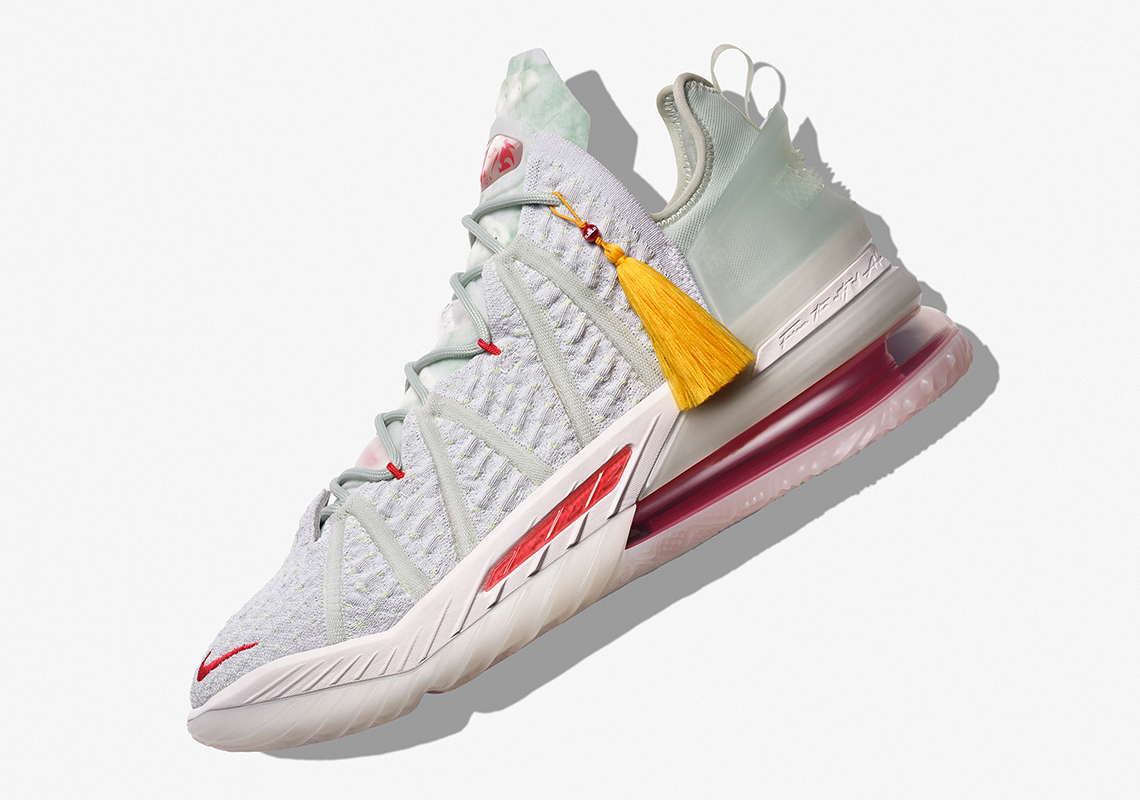 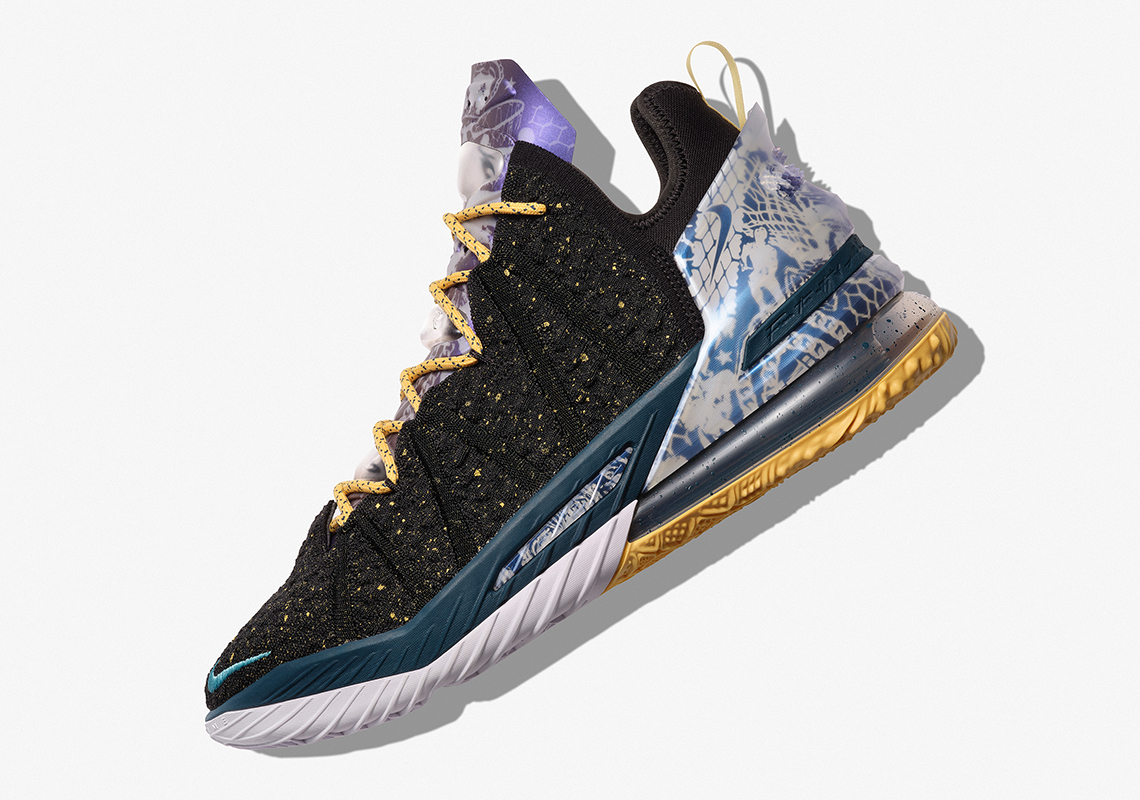 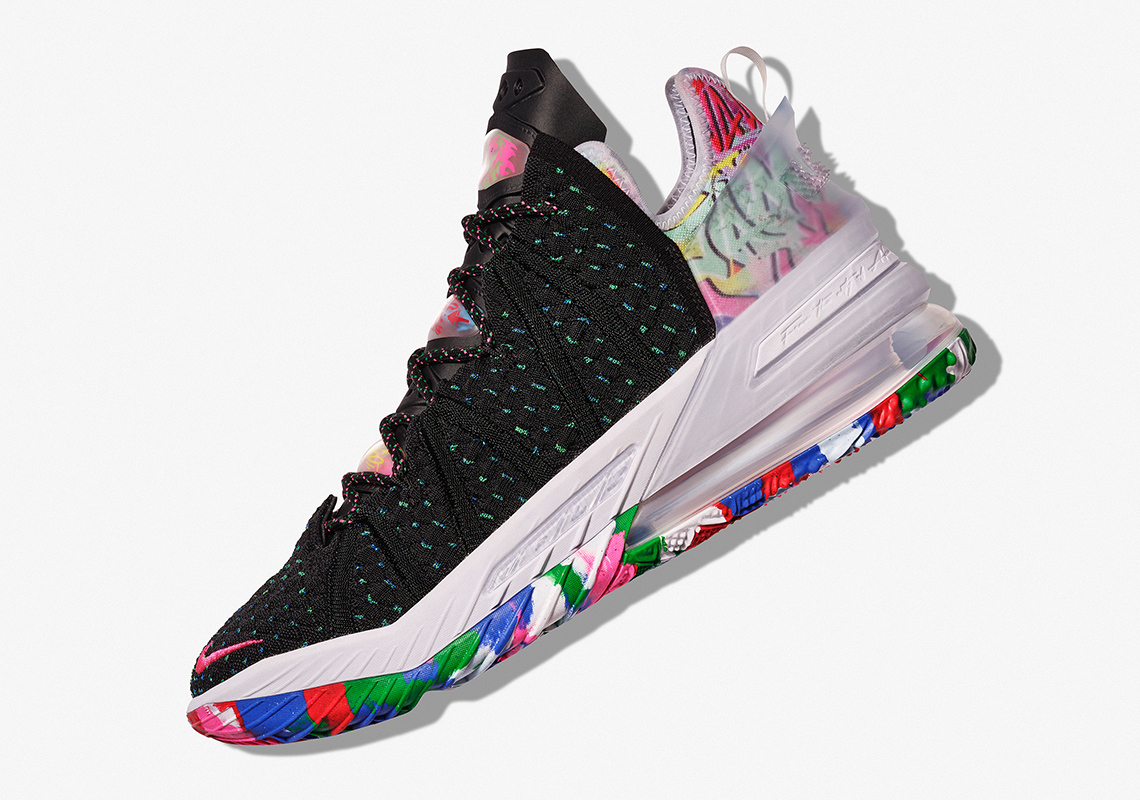 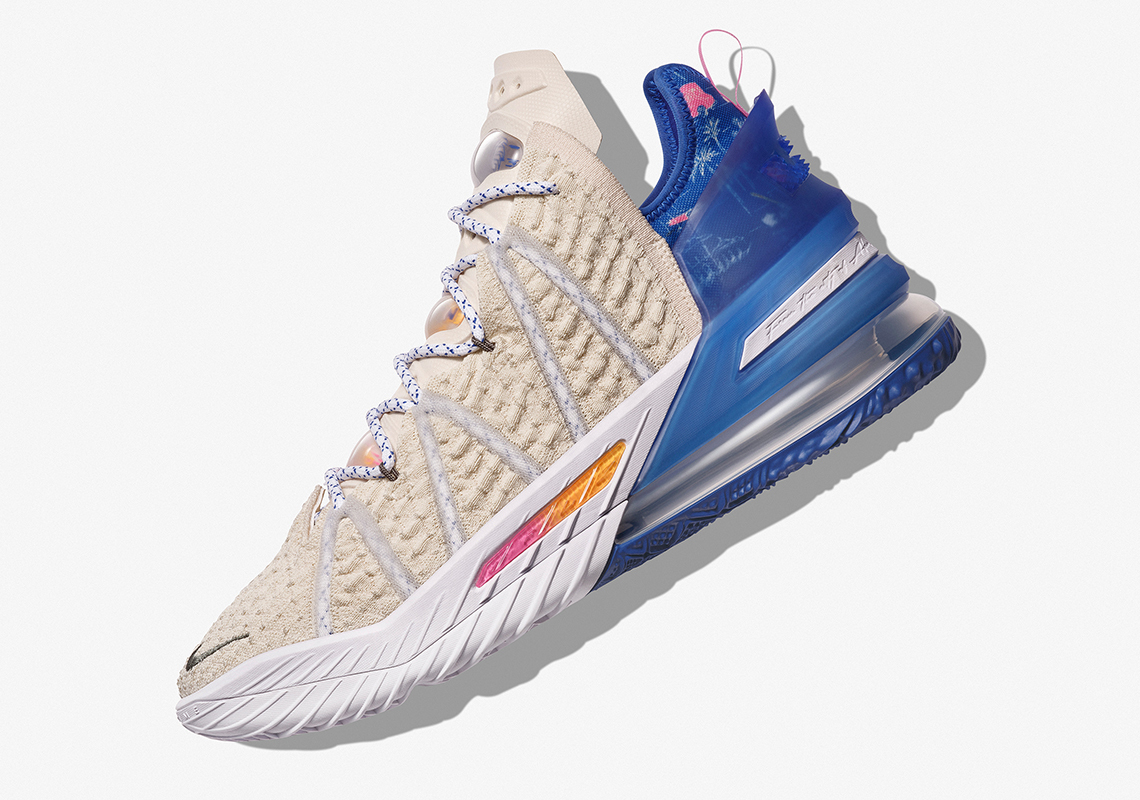