Why Do General Release Sneakers Get Overlooked? 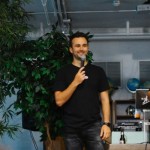 I ask these questions simply because what’s considered a “cool” sneaker can be subjective. What might appeal to you might not appeal to the other. Still, as sneaker culture continues to become more “pop” and companies are pumping more product than ever before, there’s a lone ranger that’s often left out of the mainstream conversation: the general release sneaker.

Long before bots infiltrated the game and society made hype culture become a thing, the process of finding a dope pair of sneakers wasn’t as stifling as it is today. We were able to walk into sportswear retailers like Finish Line or Champs, and sitting there on the wall shelves were dozens of sneakers—not “hype” releases or exclusive colorways, just sneakers. Air Forces, Huaraches, Air Max Plus, Nike Ace ’83s, Foamposites. In today’s world, general release silhouettes are available in mass quantities and are almost always easy to find. During those times, that shopping experience allowed us to decide for ourselves what’s considered cool. Ultimately, this became one of the keys to what being a sneakerhead is all about: honoring your individualism. In a room full of Yeezys and Off-Whites, we have the opportunity to stand out from the crowd with a general release sneaker that fits our style.

Today, we see collaborations happen left and right and dozens of 20+-year-old silhouettes getting retro’d. For the majority of these high-profiled collaborations, product scarcity is integral to its marketing and distribution strategy. Nicholas George Cassidy, a student at Appalachian State University, dissected the effect of product scarcity on sneaker consumers for his 2018 honors thesis. “When everyone who wants a sneaker can purchase it, suddenly no one wants it anymore,” says Cassidy. “For a sneaker to become popular without selling out is almost unheard of at this point, as a model that is still available at retail will have no presence in the resale market, and by extension no aftermarket value in the eyes of collectors.” Product scarcity means we automatically assume the product is exclusive, which then turns into desirability—a never-ending cycle.

So, where does this leave the general release sneaker?

Sometimes, general release sneakers sell, and sometimes, they don’t. Few releases, like the Air Max Dia, are supported by a big marketing push, and others aren’t. Overall, they just get ignored, more so because they don’t sell out as fast or at all compared to high-profiled drops. As a result, this has created a massive gap in pricing between general release, on sale, and sold out/hype silhouettes. While the gap continues to widen, the resell prices continue to spike with no sign of decreasing.

There are instances where the general release model and a sneaker produced through a collaboration look almost identical. Case in point: the AJ1 Mid Reverse Bred and the AJ1 85 Varsity Red. To the average person, they might not be able to tell the difference. However, a true sneakerhead will look at both silhouettes and point out the dissimilarities. You’ll notice one is selling at a price point that is nearly eight times as much as the other. The Mid Reverse Bred has been in the market longer, yet it’s selling around the average retail price for a Jordan compared to its cousin, the 85 Varsity Red. Is the difference in materials used on each shoe what makes one shoe more expensive than the other? Or is hype the real culprit here? Hype has become synonymous with sneaker culture. Some of us buy and collect because it makes us feel better; others buy to impress others. And then there are some consumers who buy sneakers that fall in the middle.

In the algorithmic digital era, we have the choice to customize our feeds and digest the content that appeals to us the most. This system in place affects our day-to-day behavior, down to how we spend our money; the media comes into play here as well. “Between all the social media platforms and algorithms, you really need to grease things a bit to cut through the noise and be seen,” says Eugene Kan, co-founder and editor-in-chief of Maekan. Sneaker publications inform the community about upcoming “must-have” drops, industry news, so on and so forth. But when it comes to promoting new sneakers, general releases usually get left out of the discussion.

How will the sneaker community be informed about GRs if the media isn’t speaking about them? “There’s a complexity around modern media and its reliance on ad revenue,” says Kan. “Naturally, clicks should convert into engagement and subsequently revenue (assuming you’re not using ad blocker). Attention requires more than just one factor and the consolidation of several things including quality of design, product story, and marketing support, ensures that gaining that attention is achieved more easily.”

It’s Up to You

While I’m all for a good collaboration, I often look at the general releases. They’re worth looking at, and in some cases, like the Nike Air Max Plus, they start a movement. General releases leave it up to us—the consumers—to decide if they’re worth a shot or not. They give us rare freedom to honor that individualism in today’s sneaker climate, where dozens of influencers and publications tell us what’s cool.

Now, more than ever, is a great time to be a general release sneakerhead. Buying GRs offers a stress-free, cost effective shopping experience—something that many believed to be a thing of the past. It still exists; just tune out the noise a little.