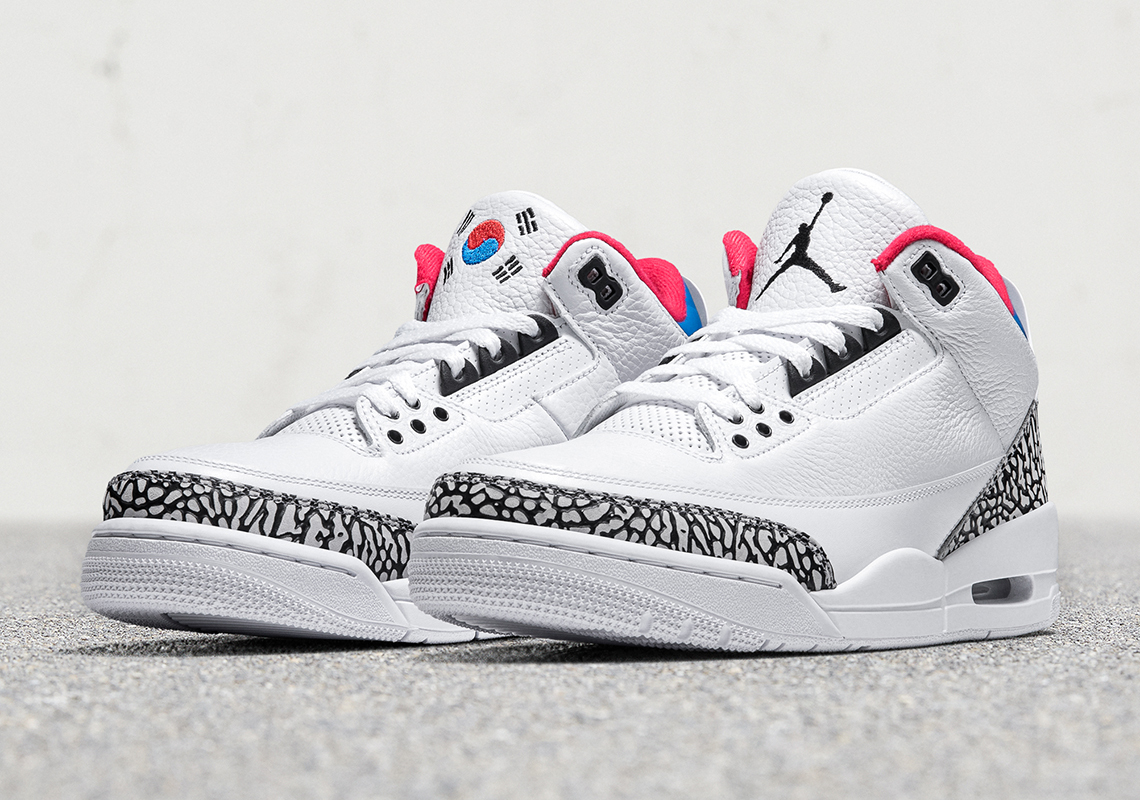 One of the rarest and most coveted region-exclusive sneakers in recent years is getting re-released this October. The Air Jordan 3 “Seoul” originally released back in 2018 exclusively through Nike SNKRS Korea and the Jordan store in Hongdae. Now set for an October 12th release date in Asia, the AJ 3 “Seoul” will be dropping in larger numbers than the original 300 pairs from 2018 but only in Women’s sizing. The shoe features a white leather upper with OG elephant print graphics on the toebox, lacestays, and heel. A bright red/blue sock liner and ankle collar represent the colors of the South Korean flag while the actual iconography of the flag is embroidered on the right foot’s tongue tag instead of the traditional Jumpman logo. The shoe will only be available up to a women’s US size 8, making this a true women’s exclusive. Scroll below more detailed photos of the upcoming AJ 3 “Seoul”. 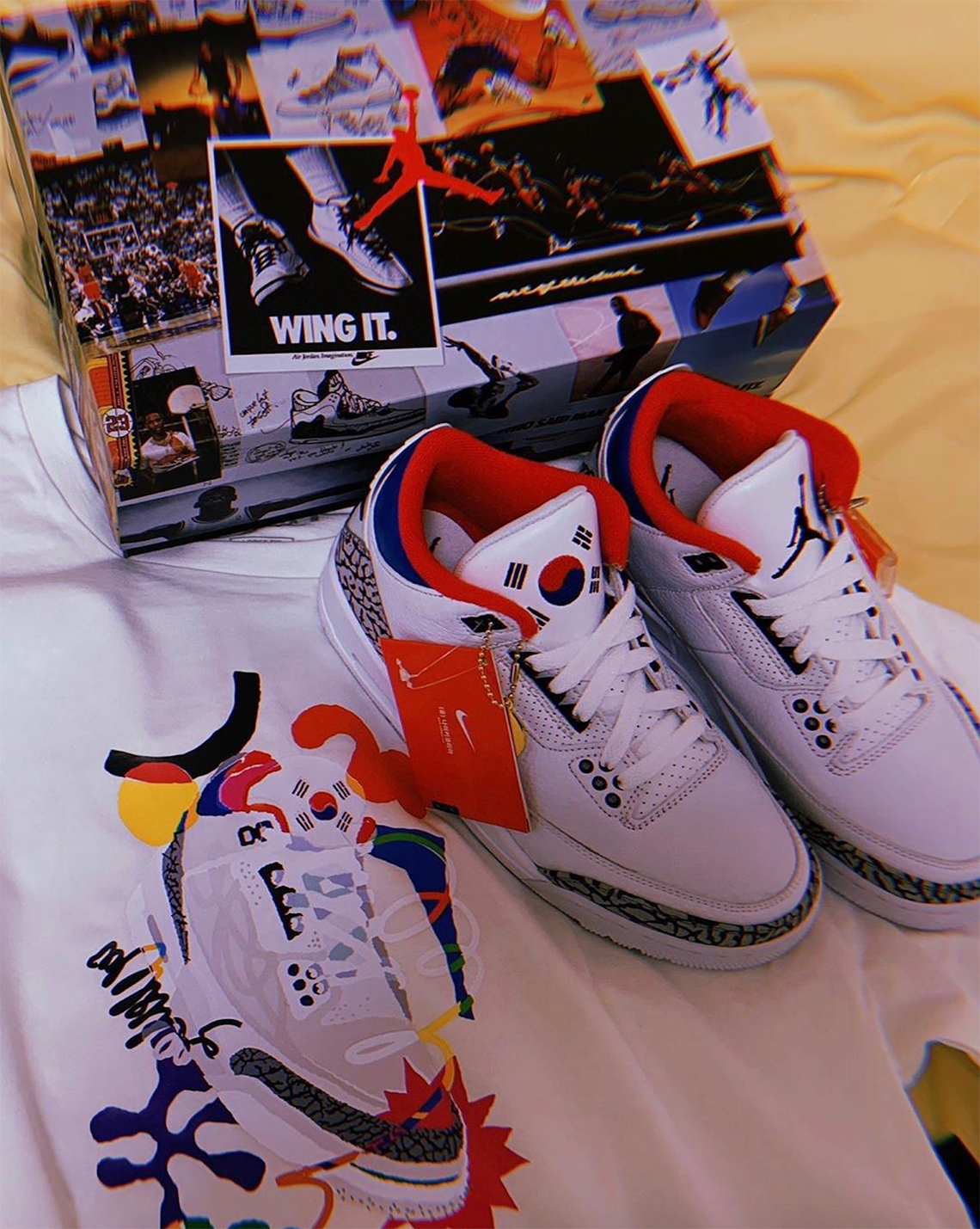 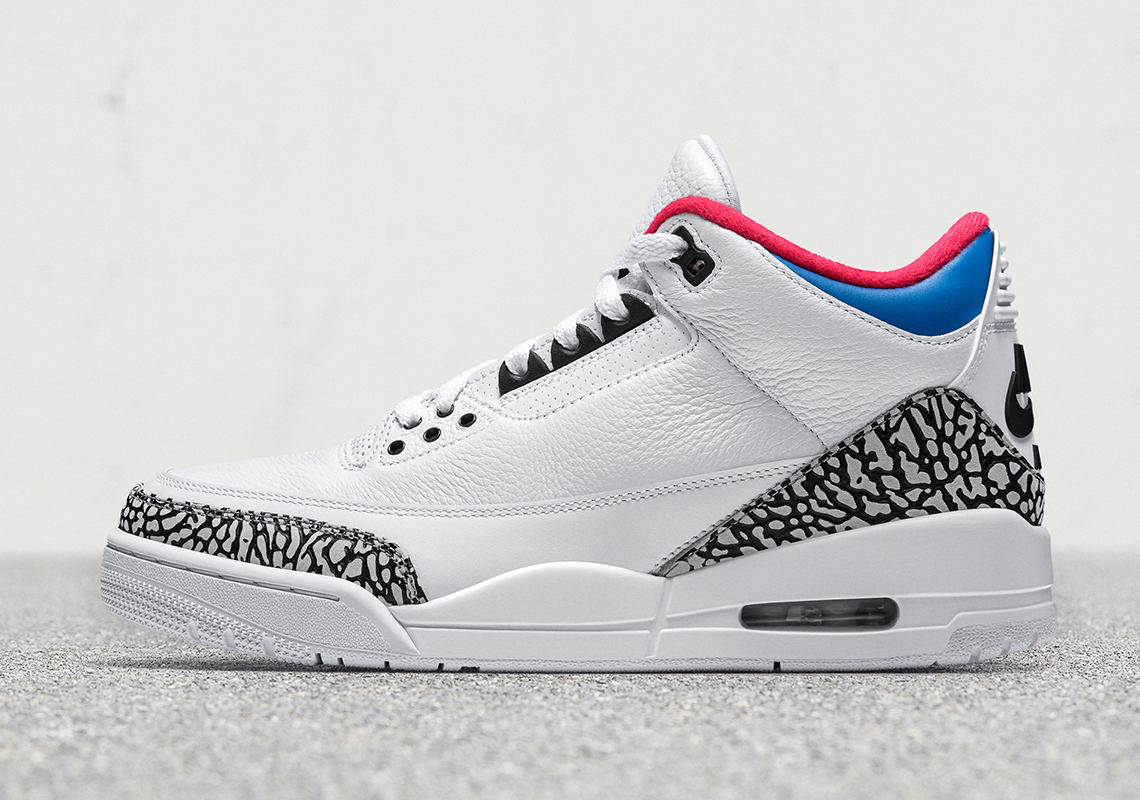 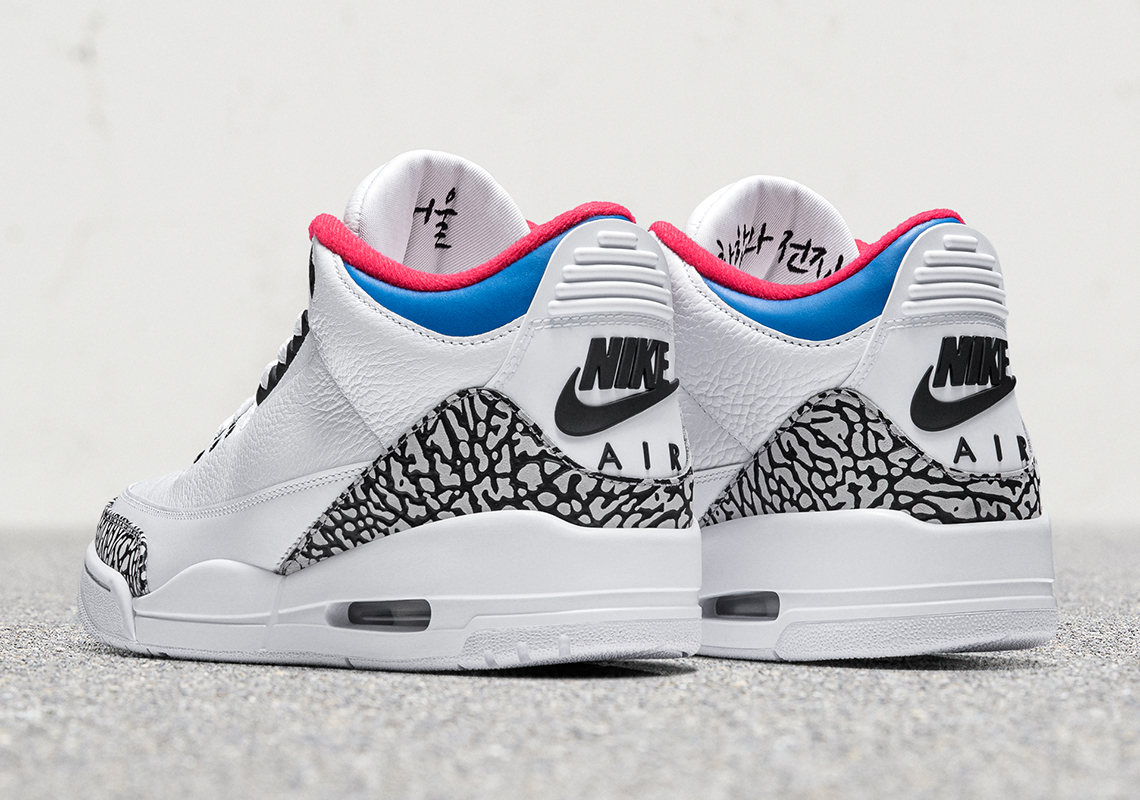