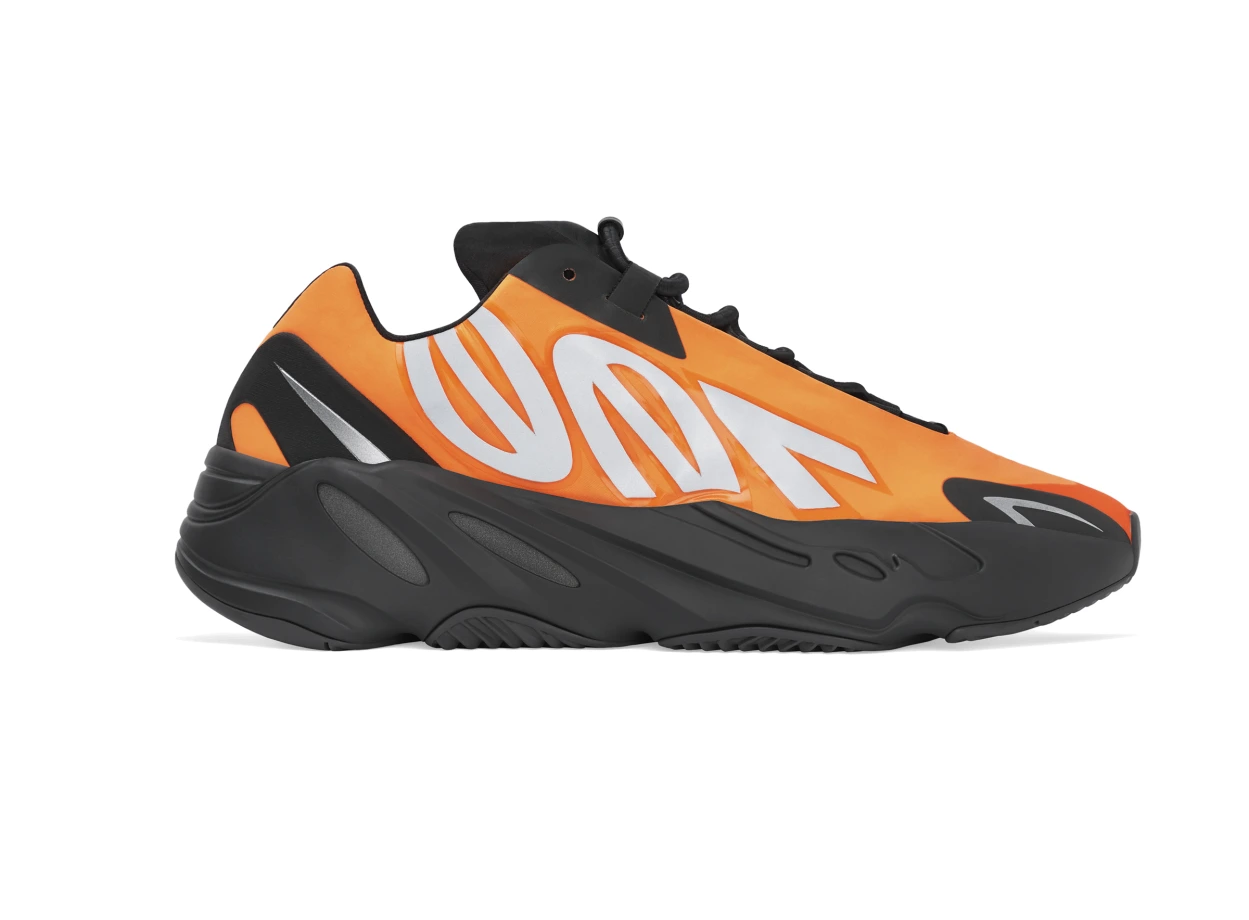 adidas Yeezy returns to the 700 MNVN silhouette with a neon orange colorway, releasing February 28th for $250 USD exclusively in LA, Shanghai, and Paris.

3M accents on each side of the sneaker spell out “700” in a diagonal arrangement, adding even more bombast to Kanye’s loudest Yeezy yet.

For those looking for a cheaper entry into Kanye’s chunky 700 line, the MNVN ‘Orange’ is a great place to start. Unlike its OG triple-black predecessor, the Yeezy Boost 700 MNVN ‘Orange’ is also expected to release worldwide at both boutiques and online.