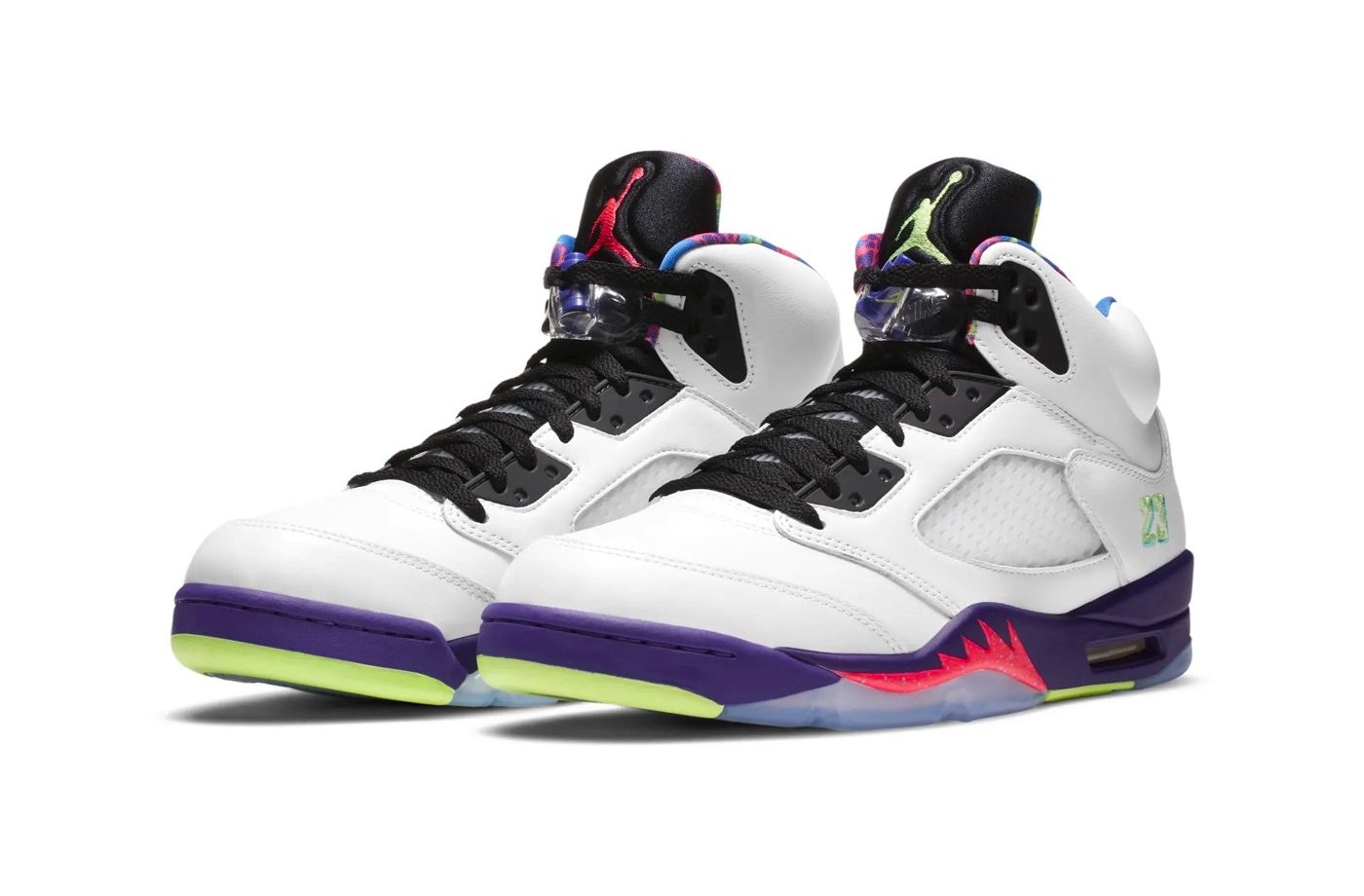 Jordan Brand looks back to 2013 for its latest Air Jordan 5 colorway. The AJ 5 “Alternate Bel-Air” – officially named the “Ghost Green” colorway – flips the look of its 2013 predecessor in order to create a new take on the retro color palette.

With the 80s tinged collage of bright greens, reds, blues, and purples featured prominently on the tongue and inner lining, this shoe beautifully replicates the colorful outfits you’d see featured in the outfits of Fresh Prince of Bel-Air. These same shades are used to accent portions of the all-white leather upper such as on the green, embroidered “23” number on the lateral heel of one foot and pink numbering on the other.  The heels also feature mismatched Jumpman logos in the same green and pink style, as do the tongues’ Jumpman logos. The midsole is done in a clean Grape Purple with a red sharktooth inlay with neon green speckling added throughout. The outsole is a mixture of Ghost green on the toe and middle portion while the rest of the outsole is done in a translucent frosted blue rubber. 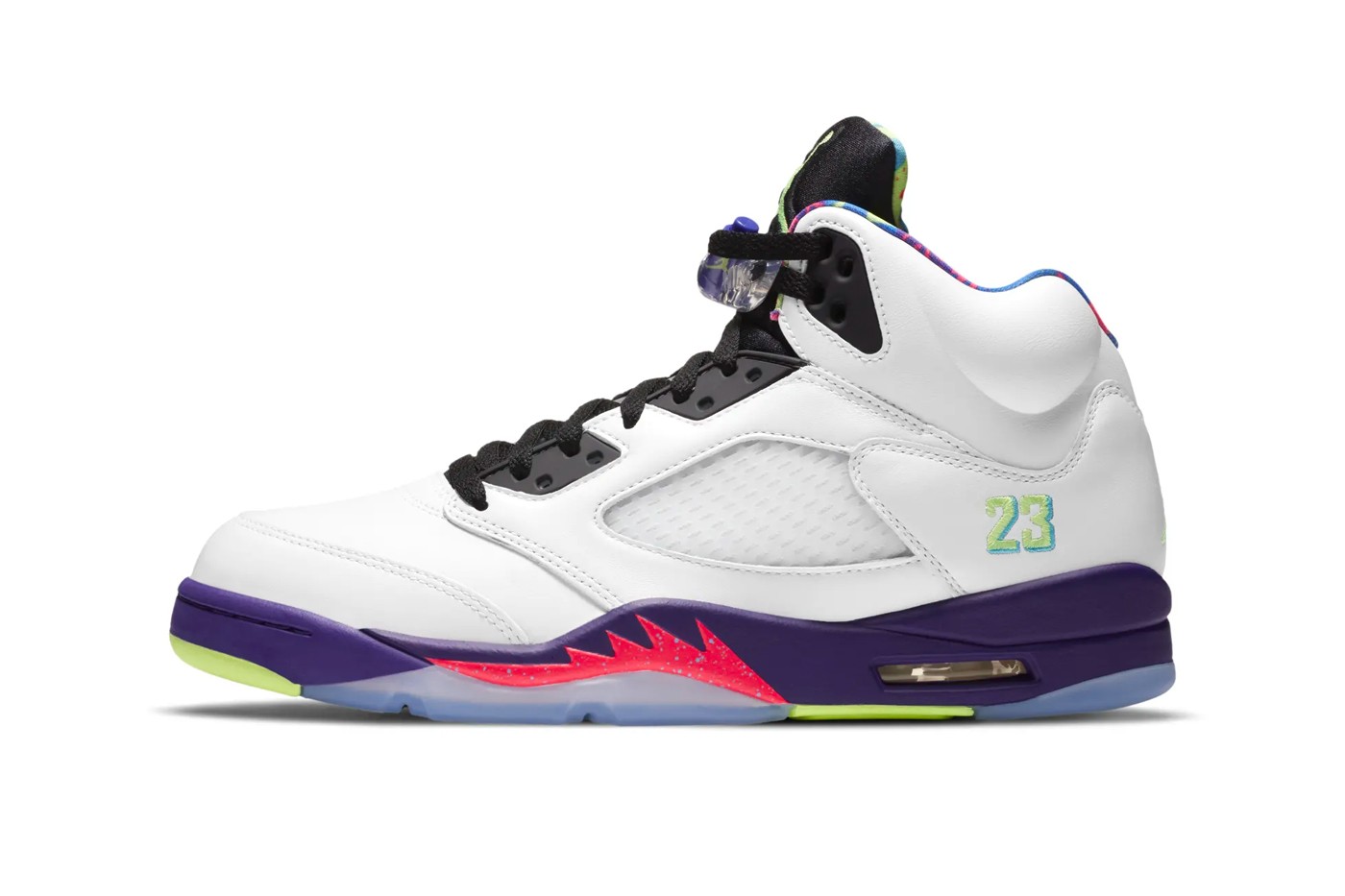 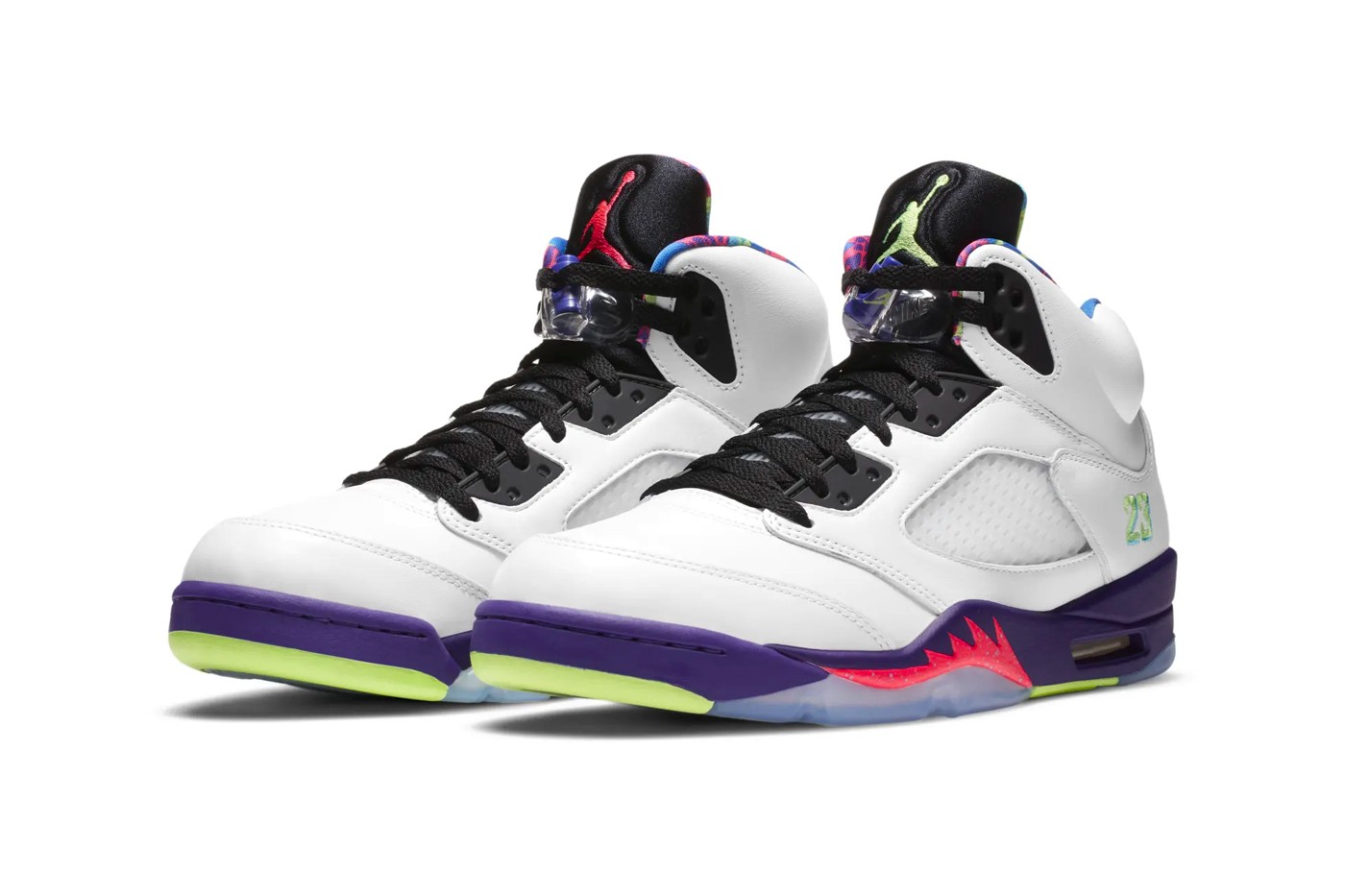 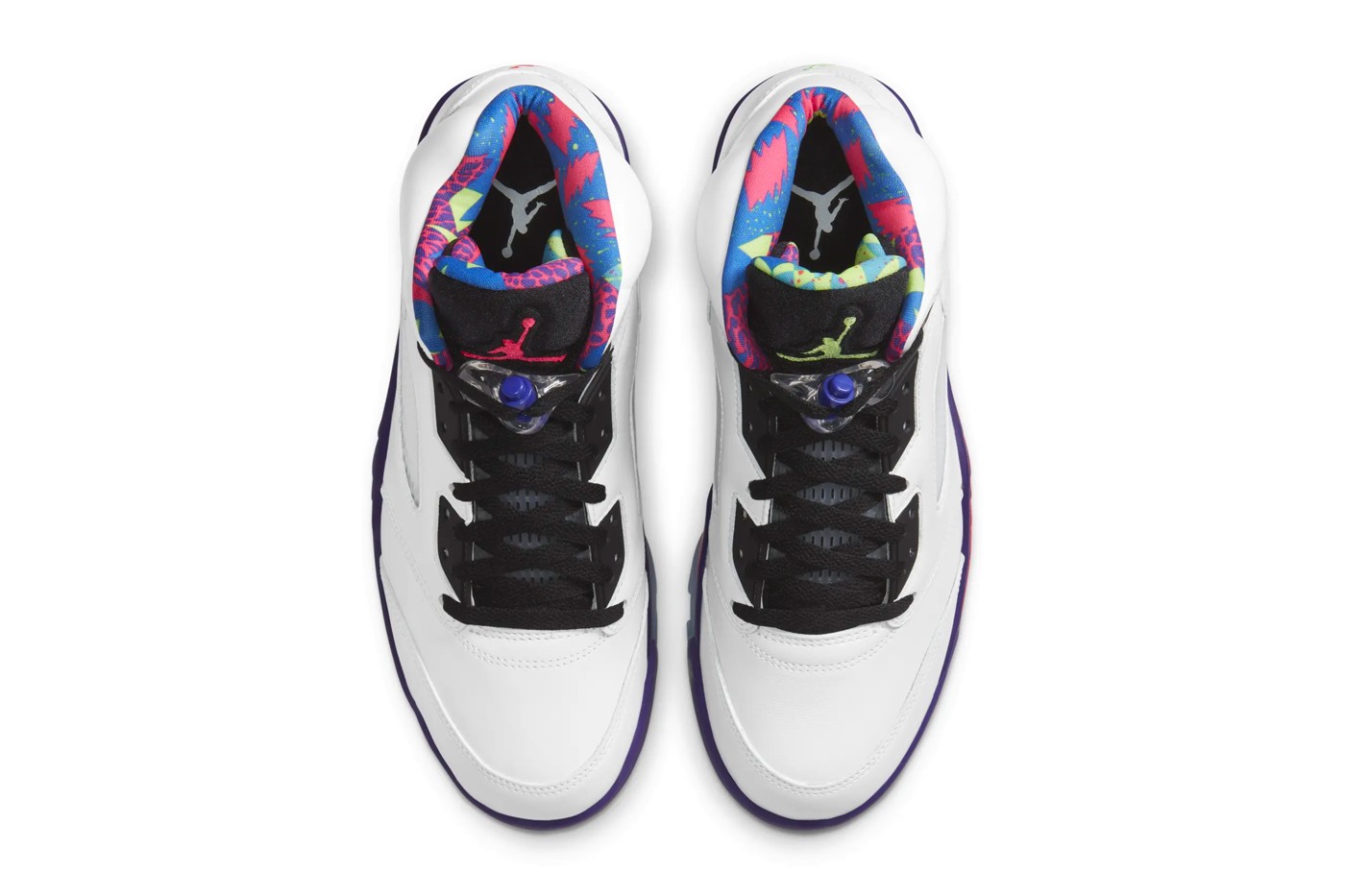 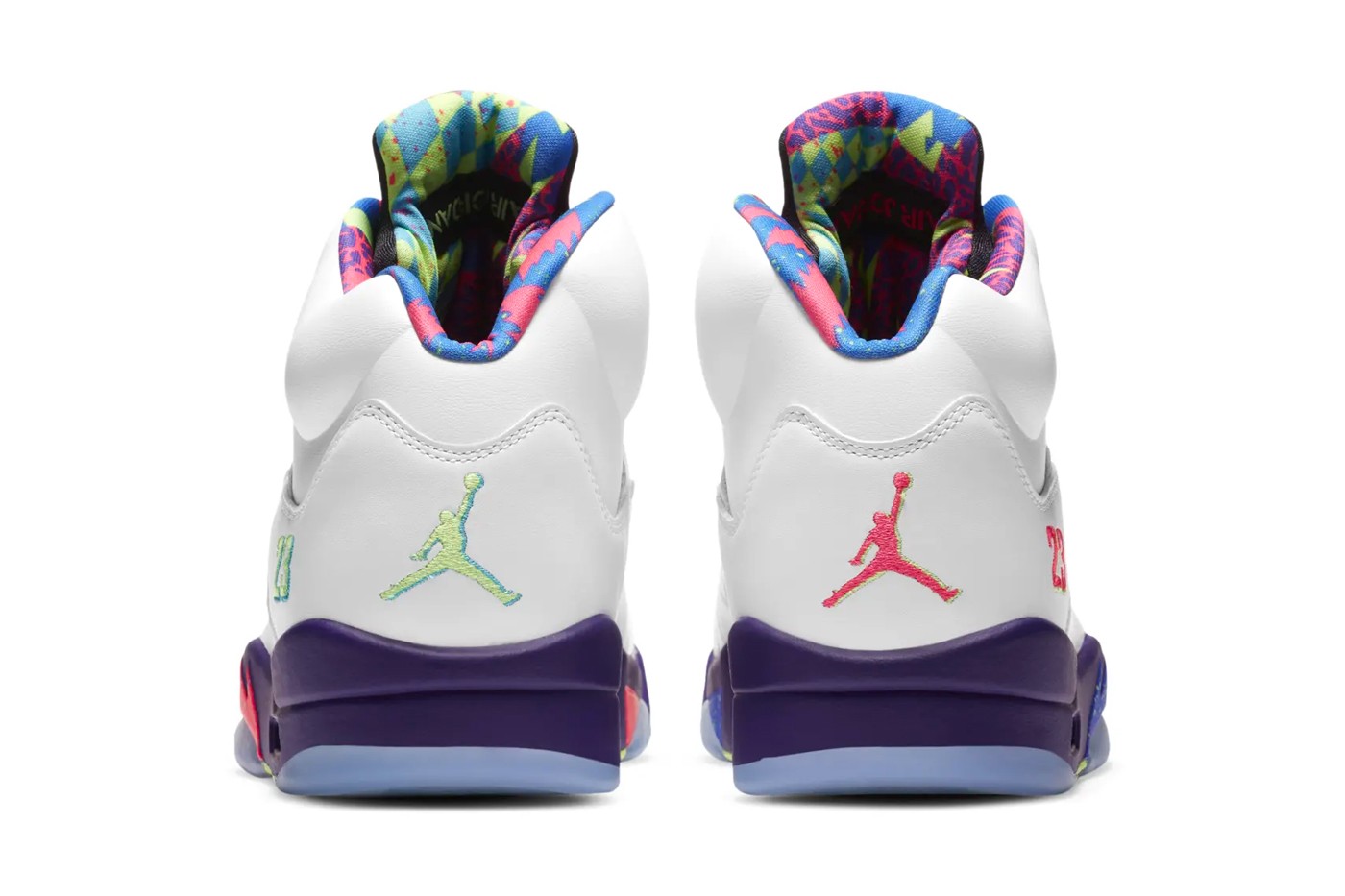 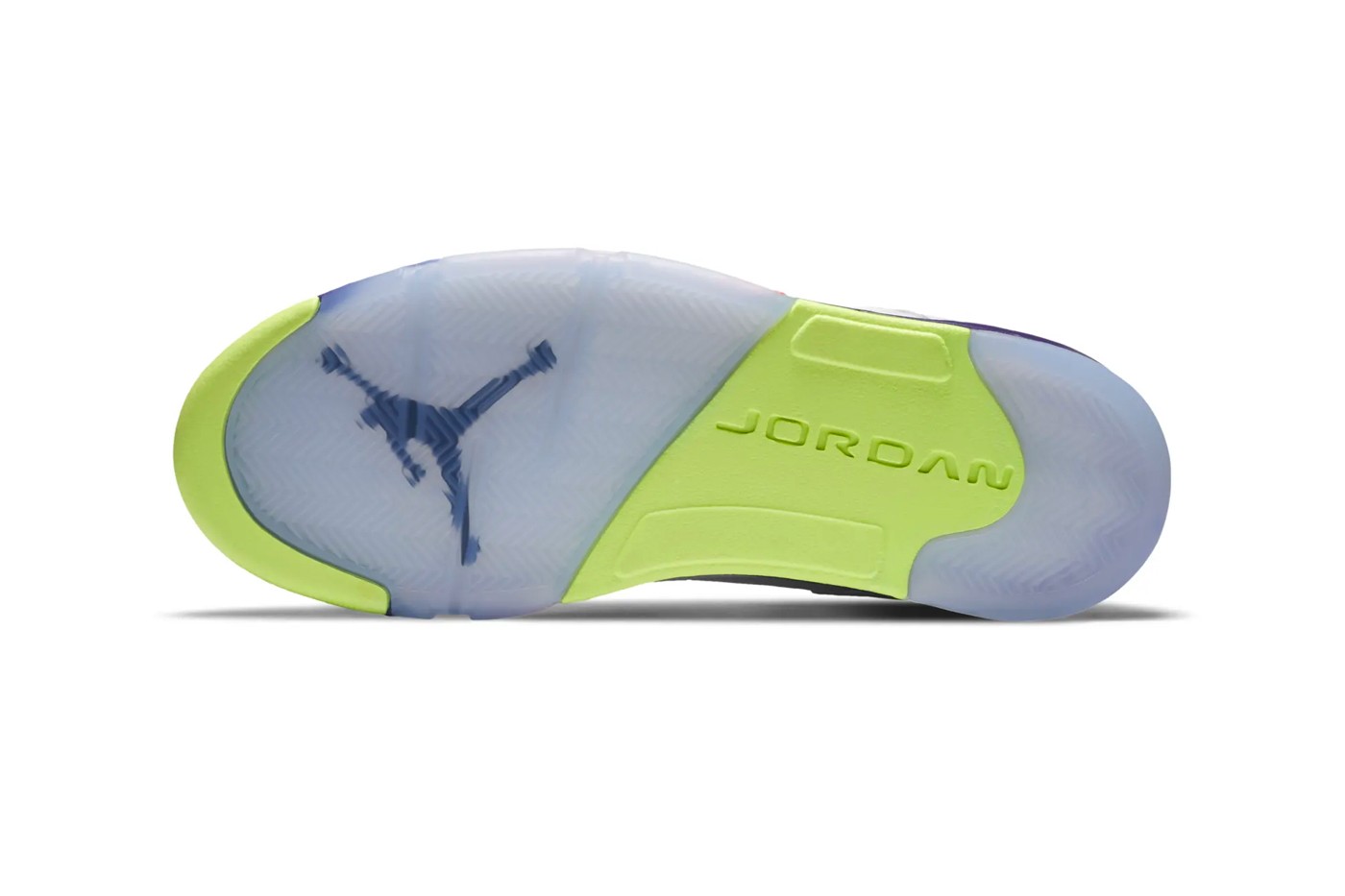