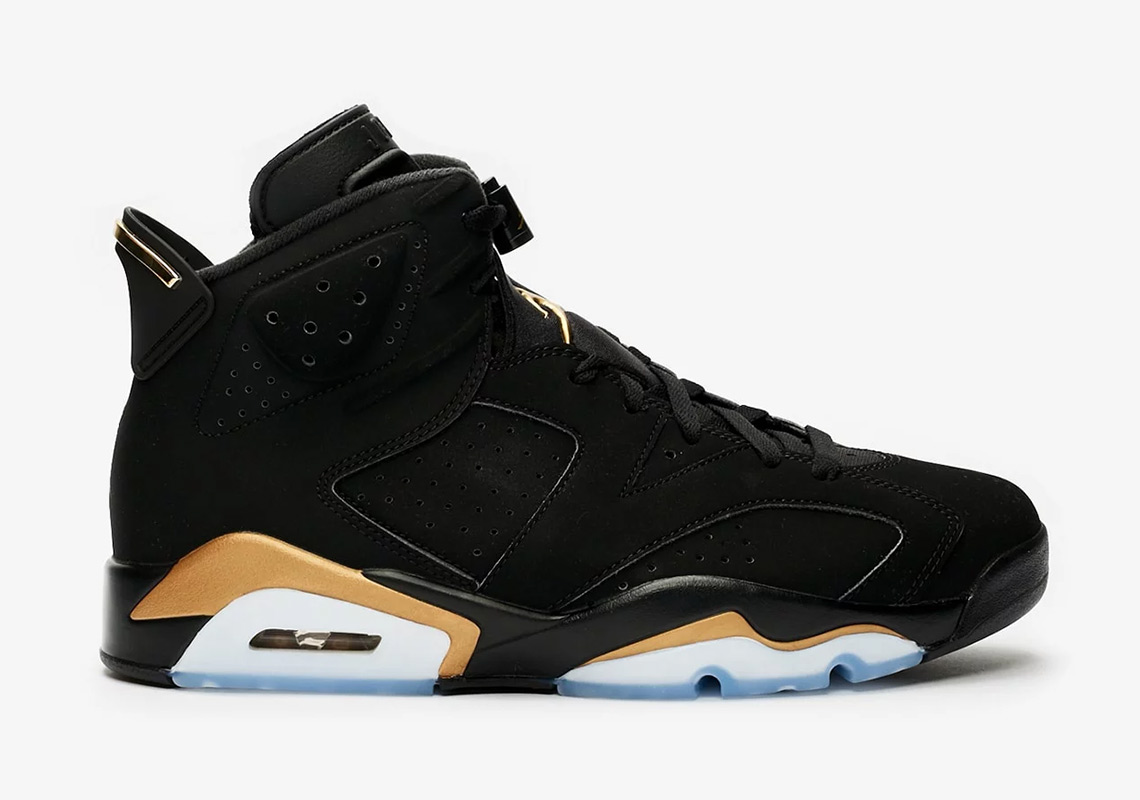 After being delayed along with multiple other drops due to COVID-19, the Air Jordan 6 ‘DMP’ is now scheduled for an April 11th release.

Originally released in 2006 as part of the “Defining Moments Pack” (Jordan Brand’s first multi-shoe pack)  alongside an AJ 11, the 2020 standalone retro sees the regal colorway return in all its original glory.

Dyed black nubuck covers most of the upper with White and Metallic Gold inlays across the midsole adding a sophisticated flair. Further Metallic Gold is found on the pull tab, the Jumpman dog tag, and the matching Jumpman logos on the tongue. A black and frosted blue outsole completes the look.