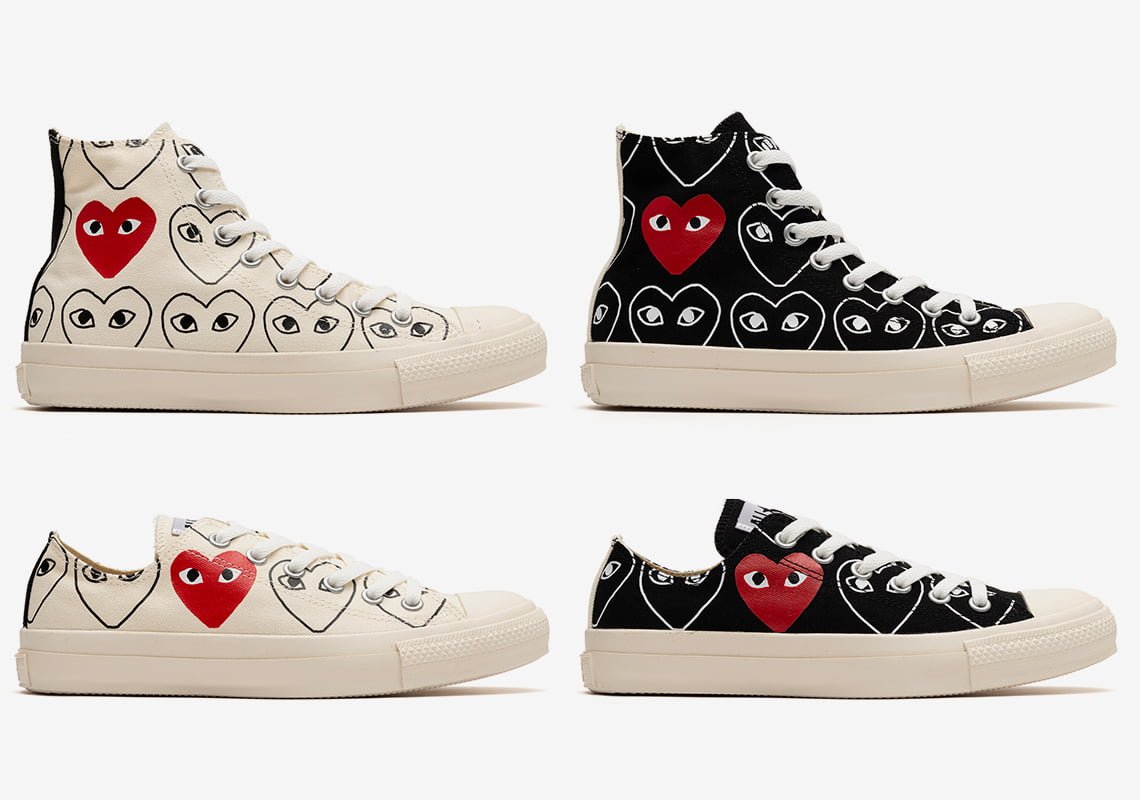 The canvas uppers and glossy, cream-colored, vulcanized soles remain, though the pattern execution is entirely new. Now, the canvas uppers feature the standard red CDG PLAY heart logo surrounded by an array of stencil outlines of the logo creating a wall of eyes and hearts that encompasses the whole of the upper. This red heart + stencil patterning is applied on both cuts and colorways of the Chuck Taylor. The white Chuck Taylor Highs and Lows feature the aforementioned black outlining, while the black Highs and Lows use white ink for their stencils.

All four models will release on April 29th at Dover Street Market Ginza followed by an international release on May 15th. 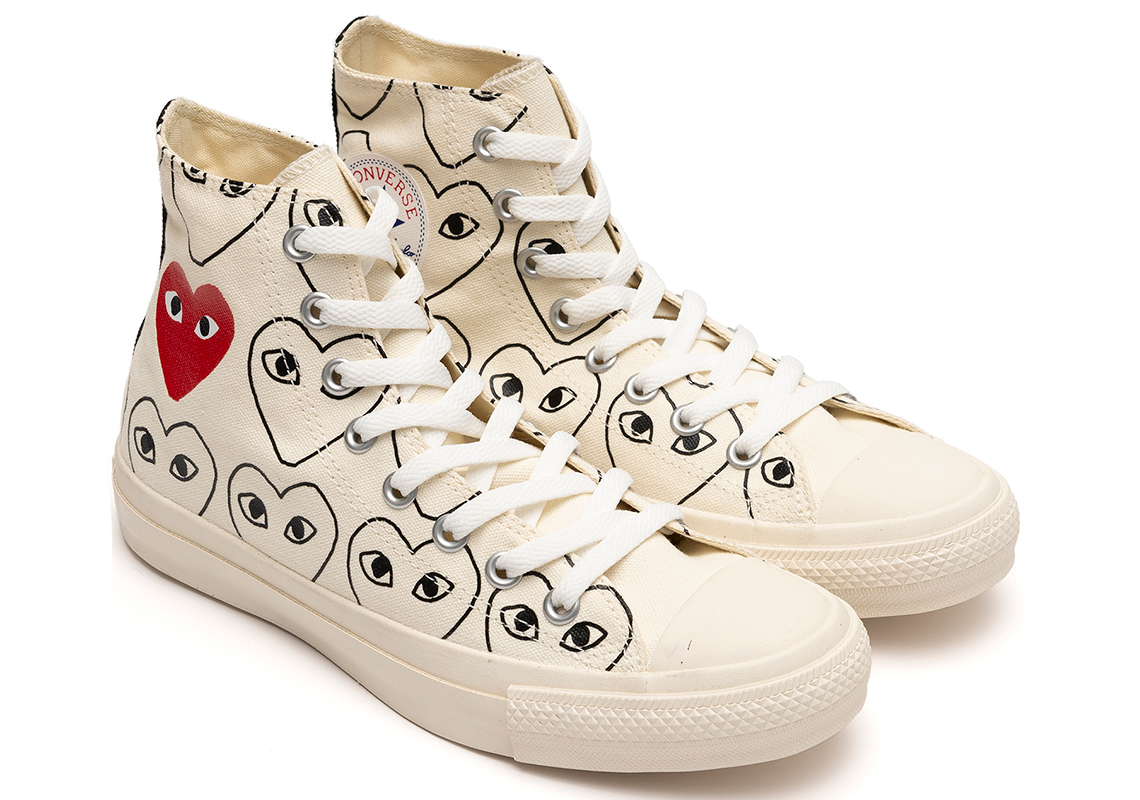 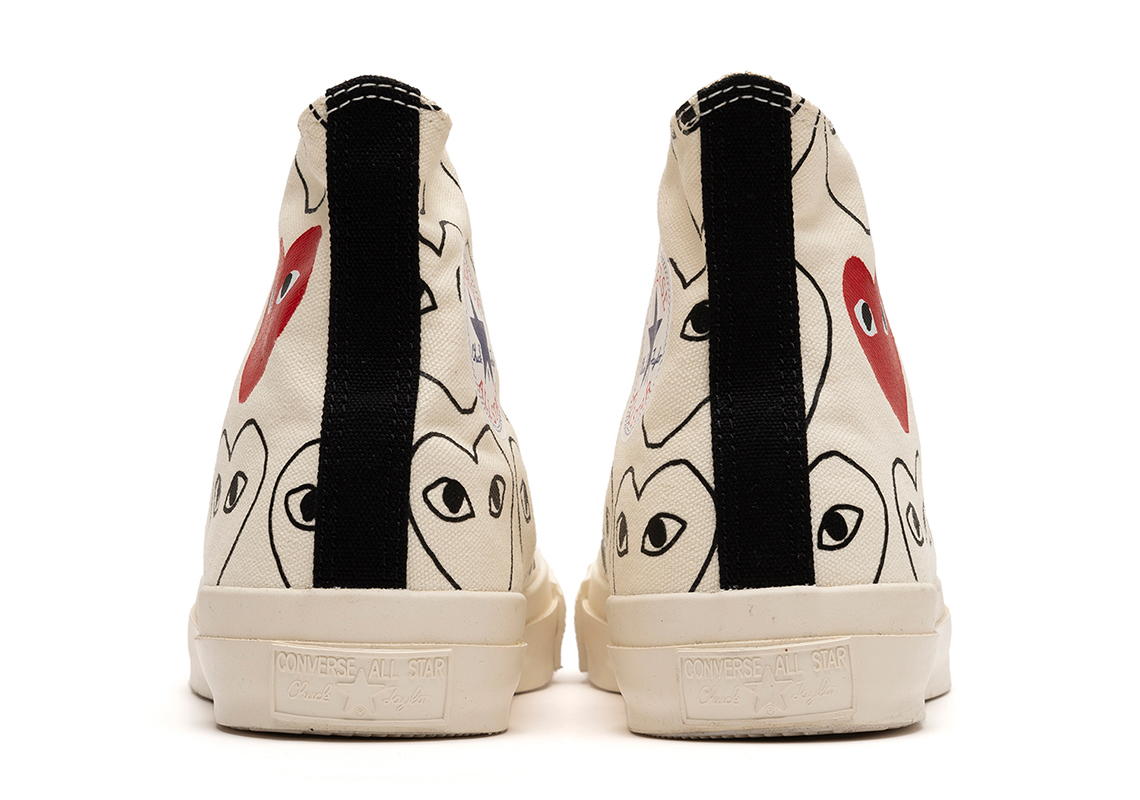 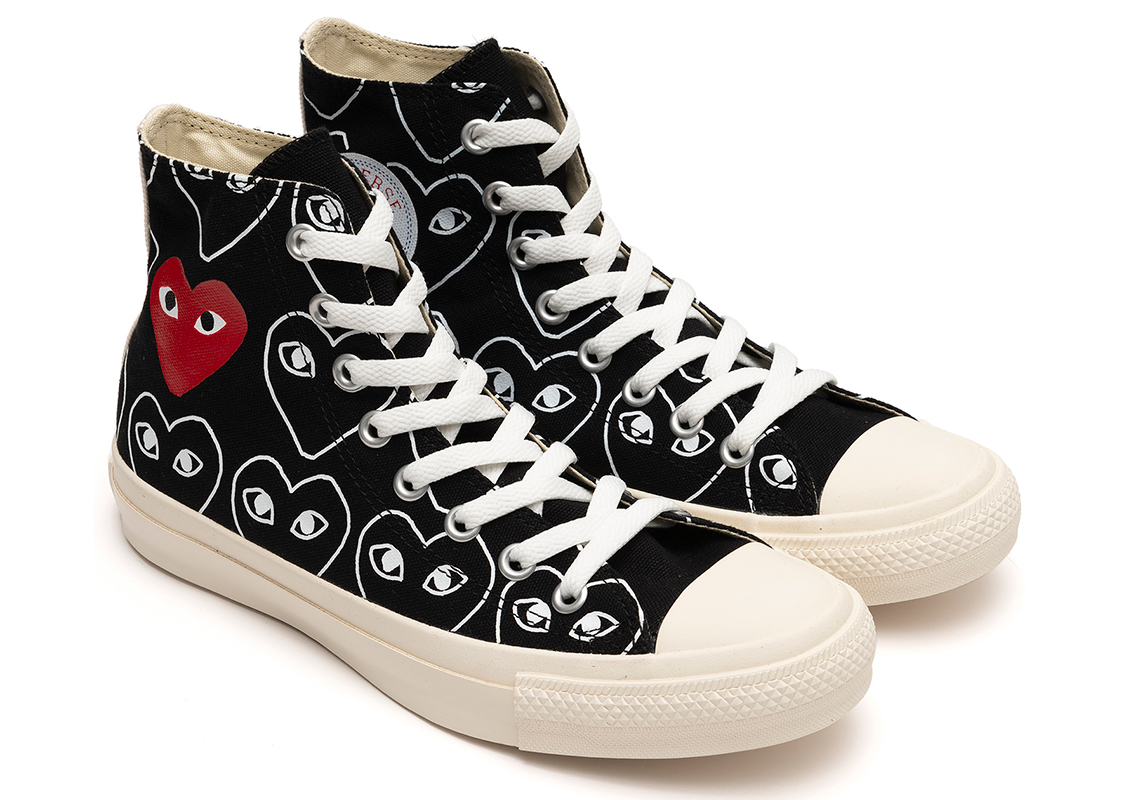 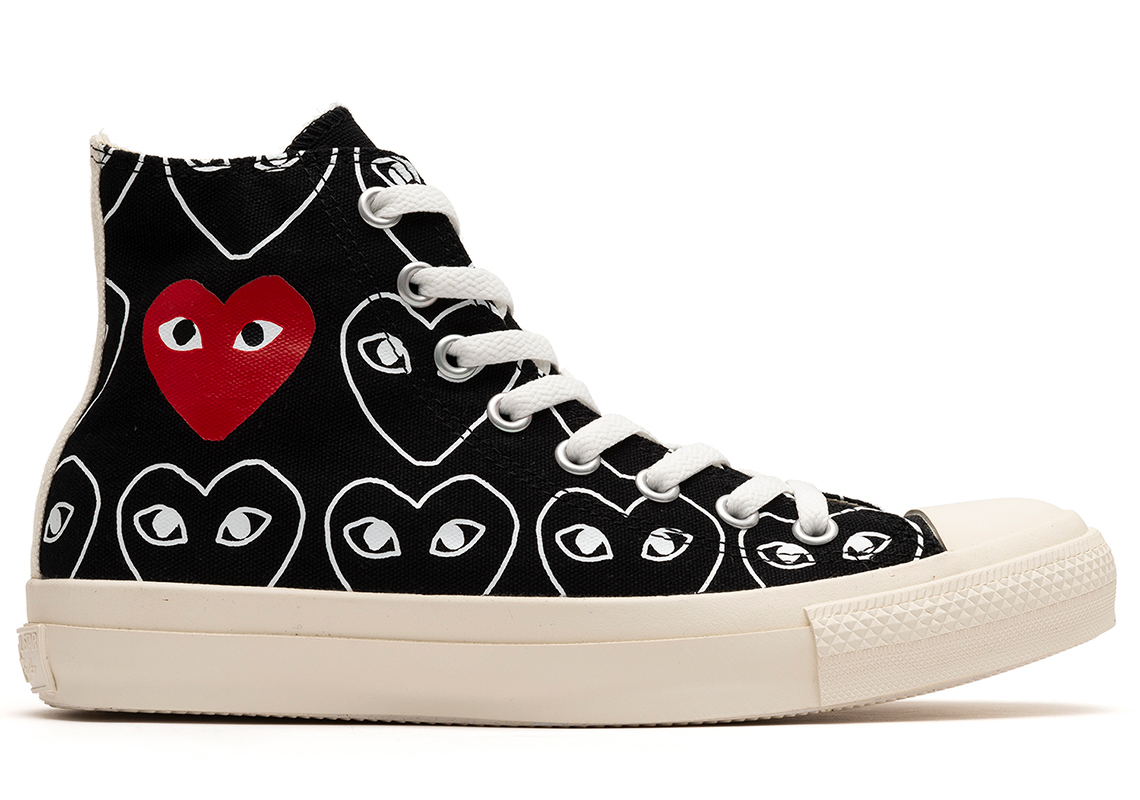 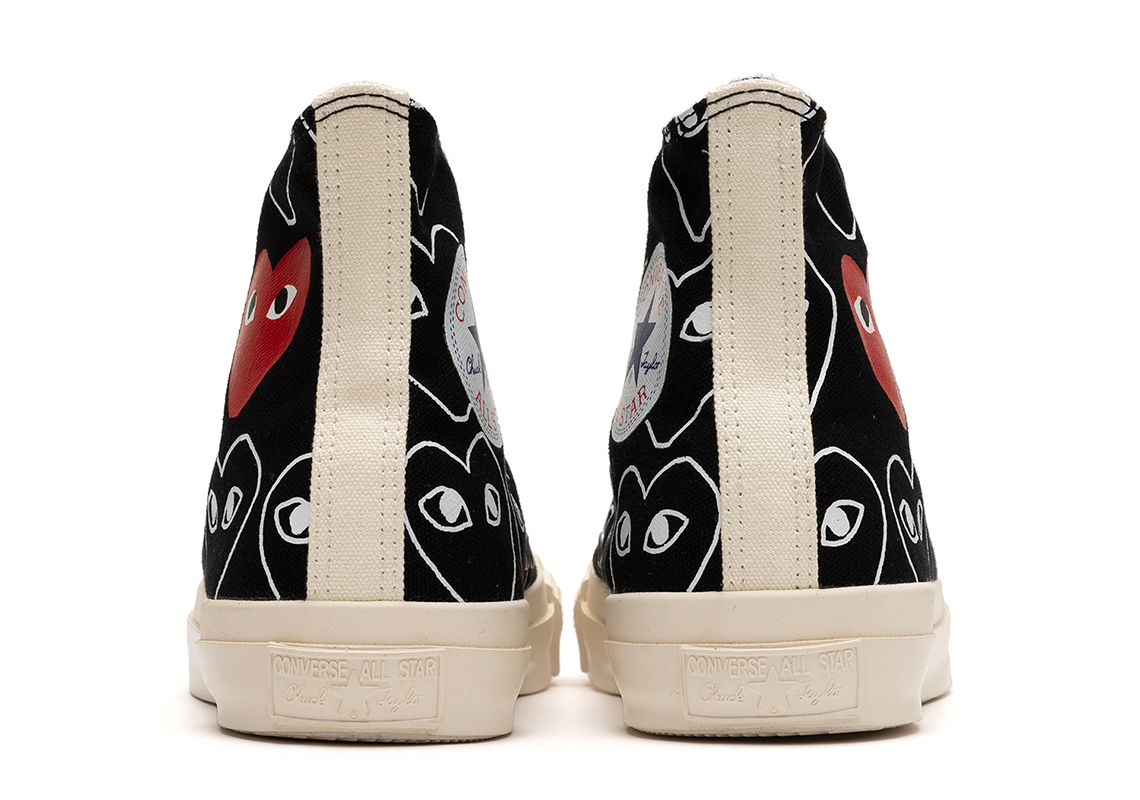 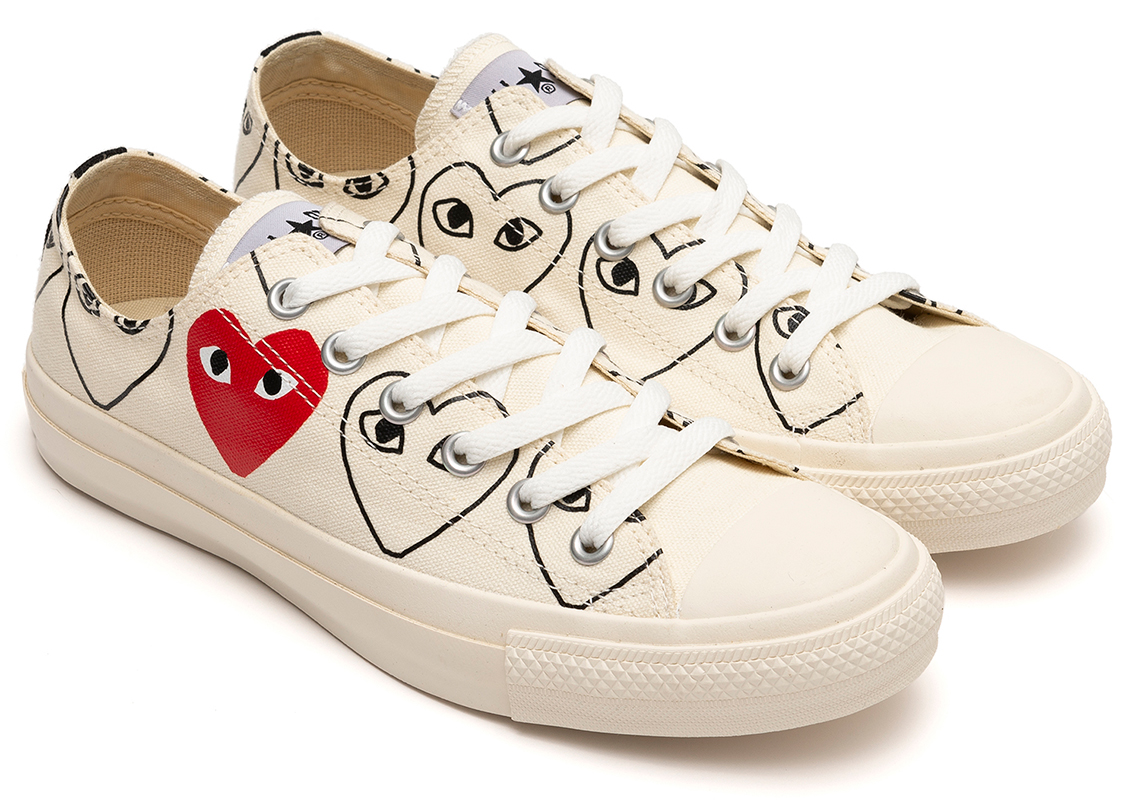 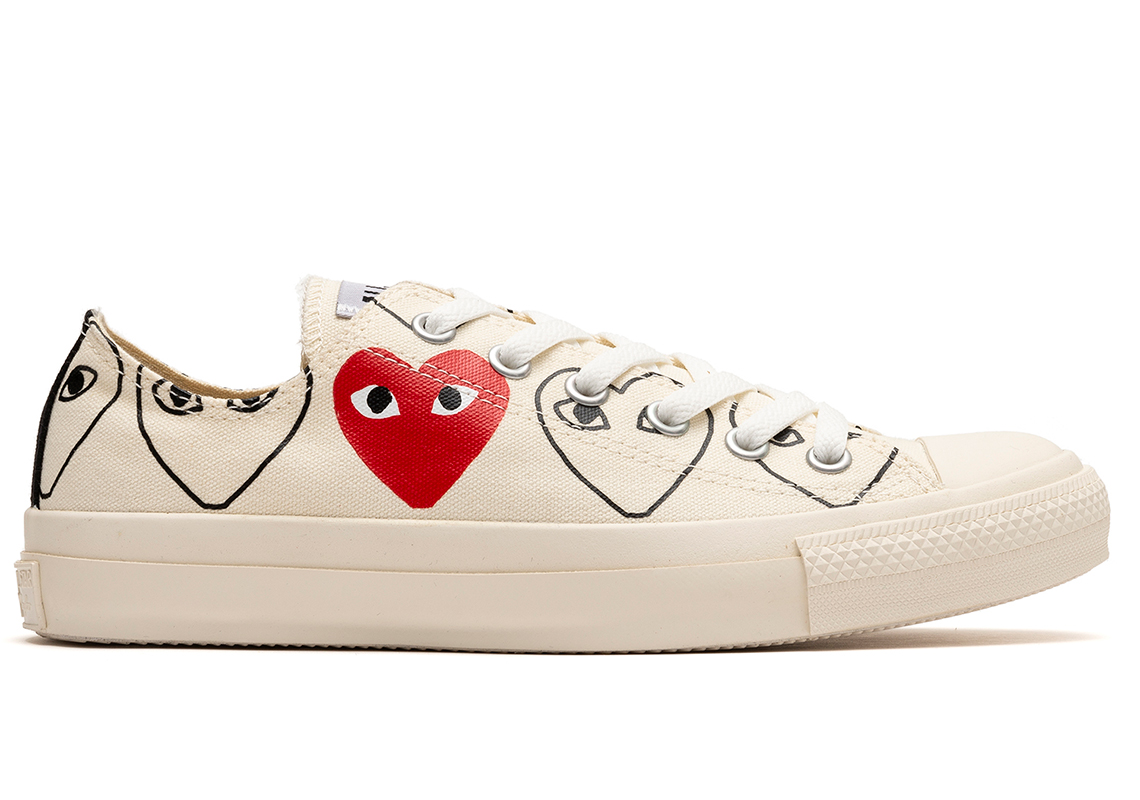 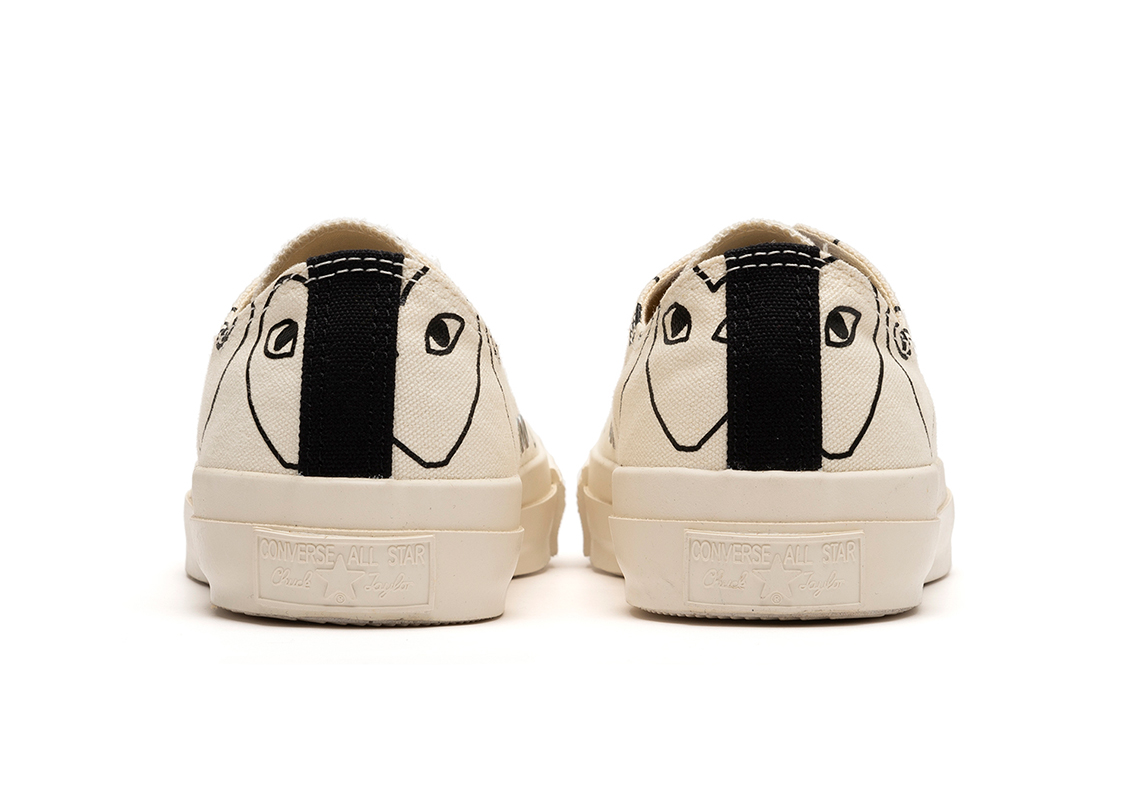 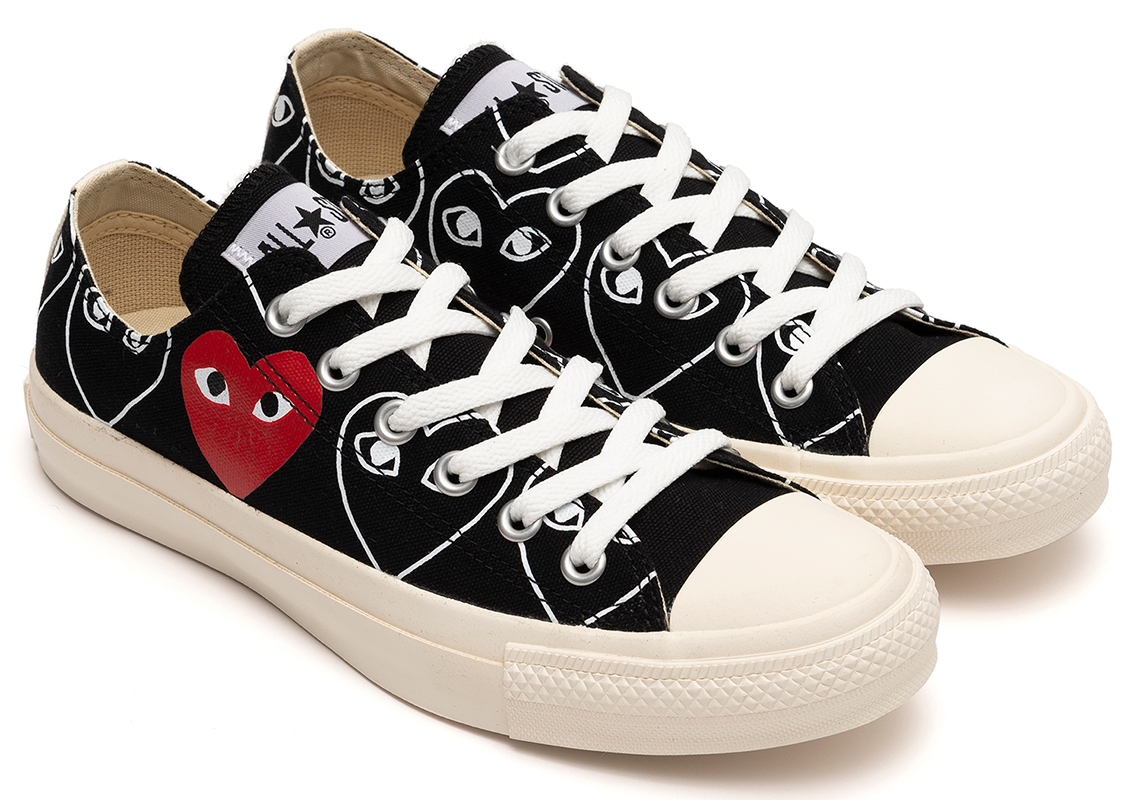 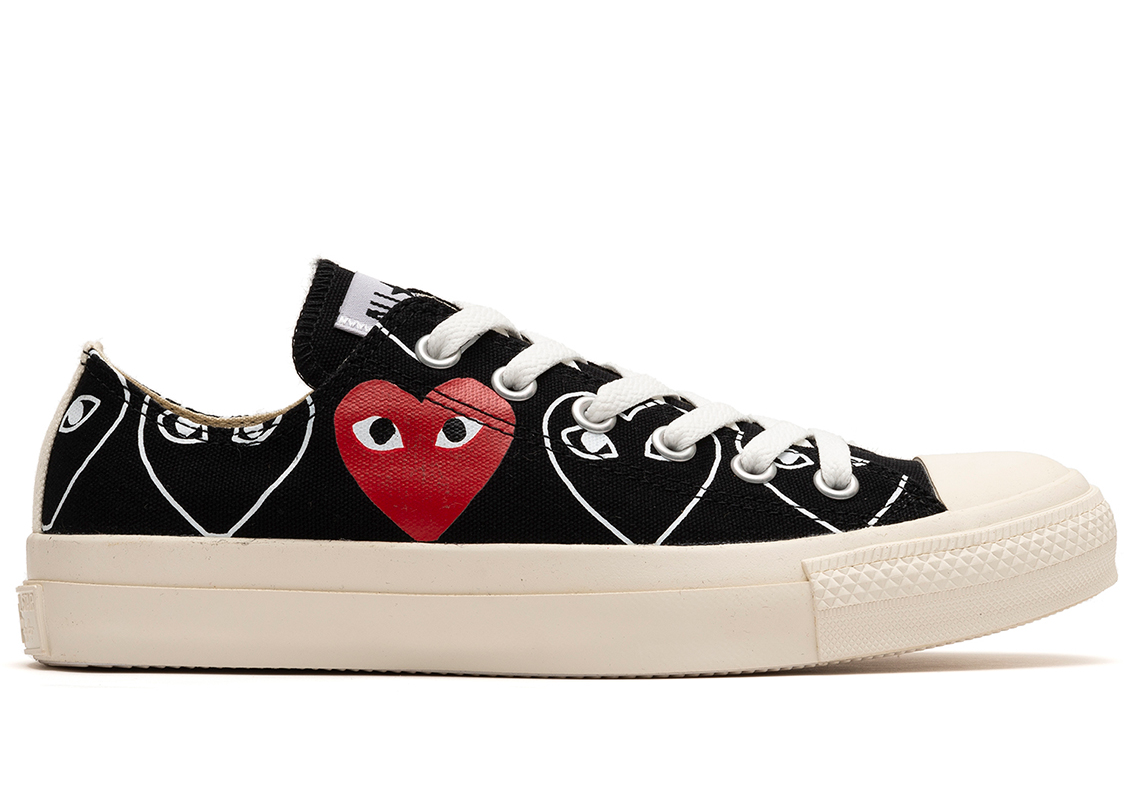 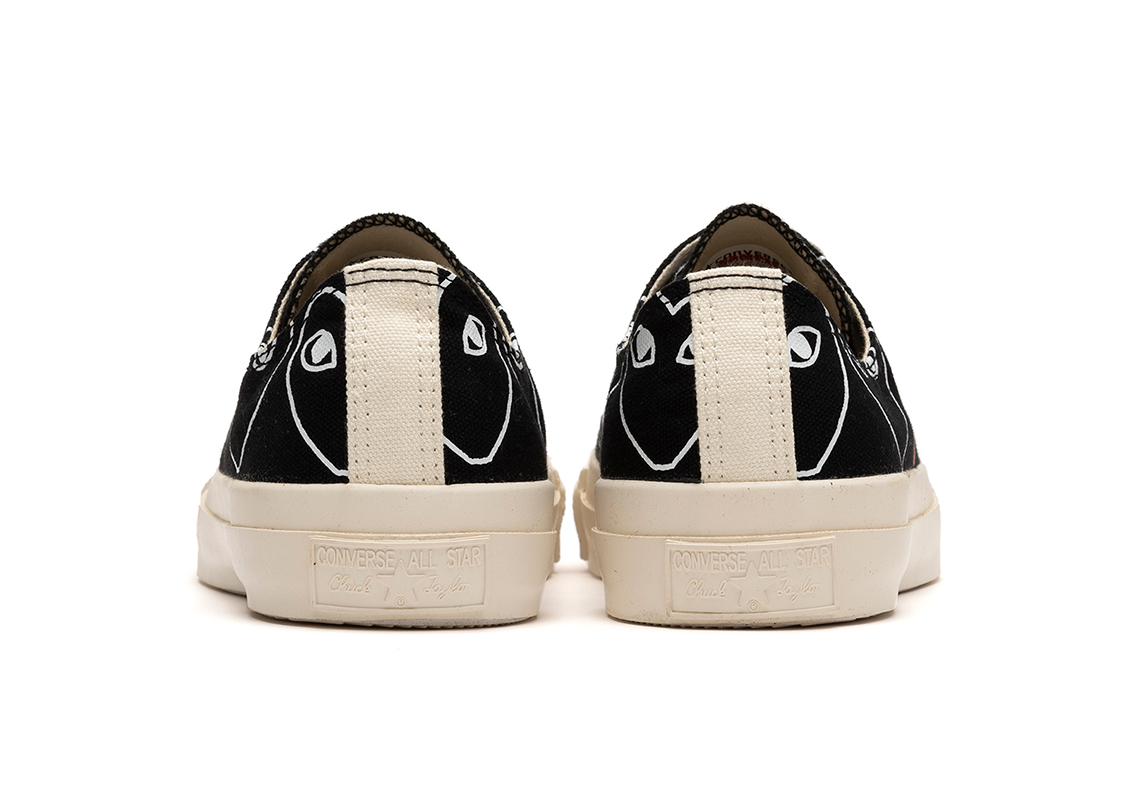