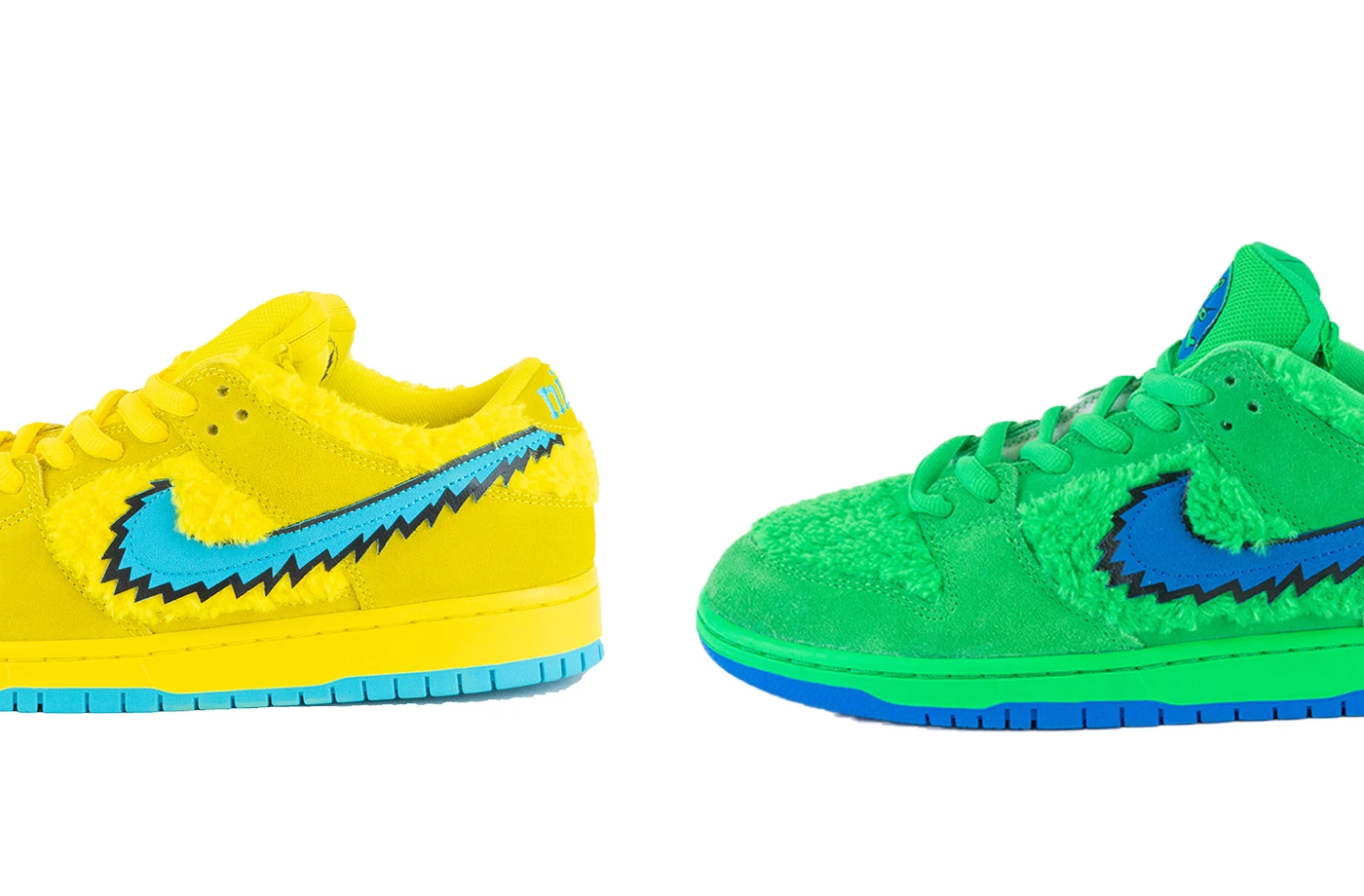 The timeless, psychedelic stylings of The Grateful Dead are now being applied to a trail-blazing Nike SB Dunk Low. Inspired by Bob Thomas’ Grateful Dead Marching Bear motif first seen in 1970, we now have some leaked on-foot images of the kicks in a bright “Opti Yellow” colorway. No release date has been confirmed yet.

One of the aforementioned bears is illustrated on the shoe’s tongue with a small Nike Swoosh pictured behind him. The tongue is done in a highlighter-esque “Opti Yellow” mesh with a zipper equipped stash pocket hidden inside. The same shade of yellow can be found on the shoelaces and shaggy, faux-fur paneling which adorn the side paneling and toe box. A darker, mustard yellow suede is used for the sneaker’s overlays. While the paneling replicates the bear mascots’ fur, the neon blue Swooshes mimic the creatures’ chest collars which are often in a contrasting color and feature sharp, jagged edges. This style is emulated on the Swoosh with a shark tooth inlay in black added around the perimeter of the shoe. The embroidered “nike” logo on the heel and the outsole also utilize this same shade of neon blue.

A green colorway of the sneaker has also been revealed with dark blue detailing in place of neon and utilizing a “Green Spark” shade throughout the rest of the shoe. 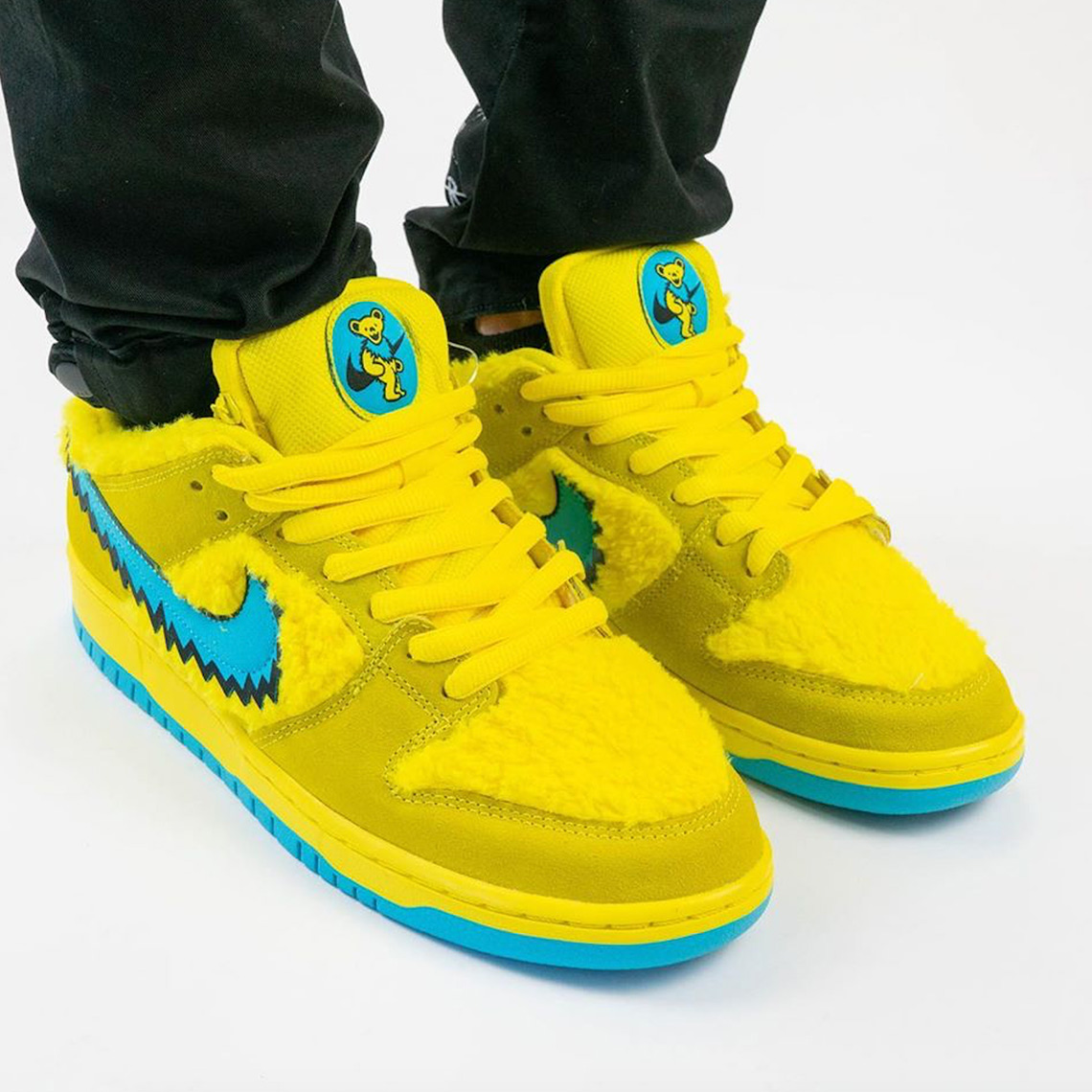 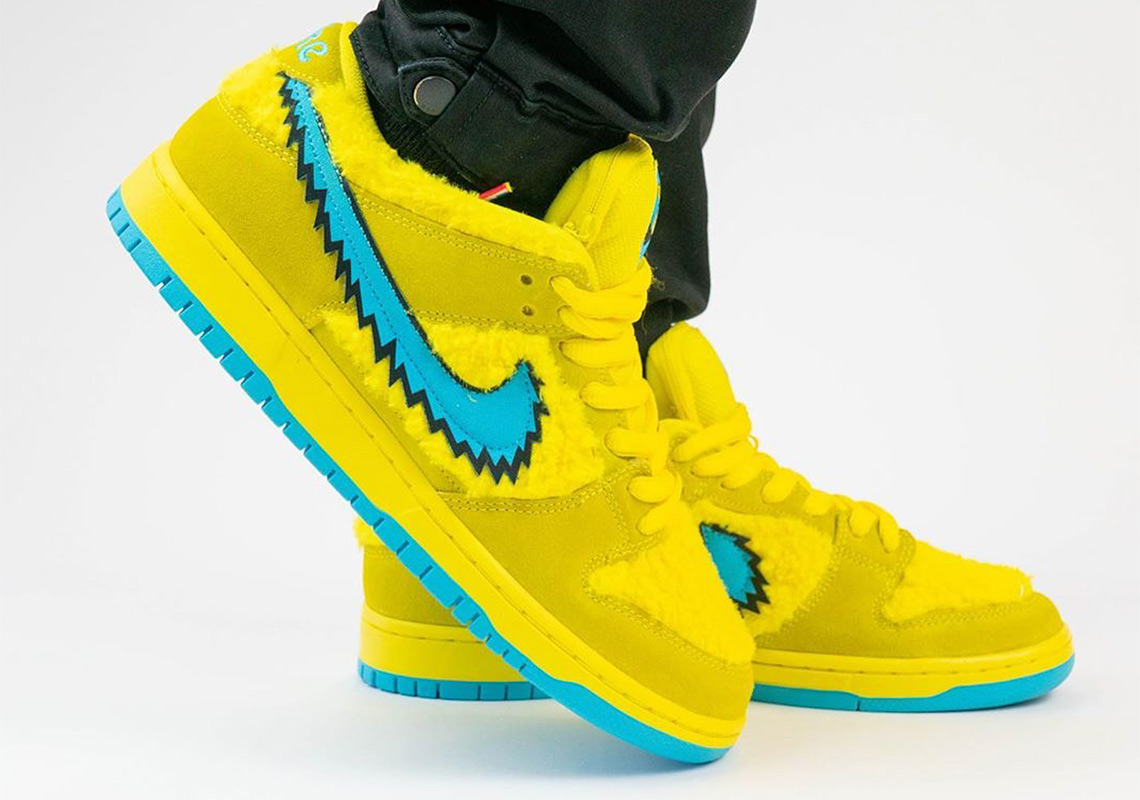 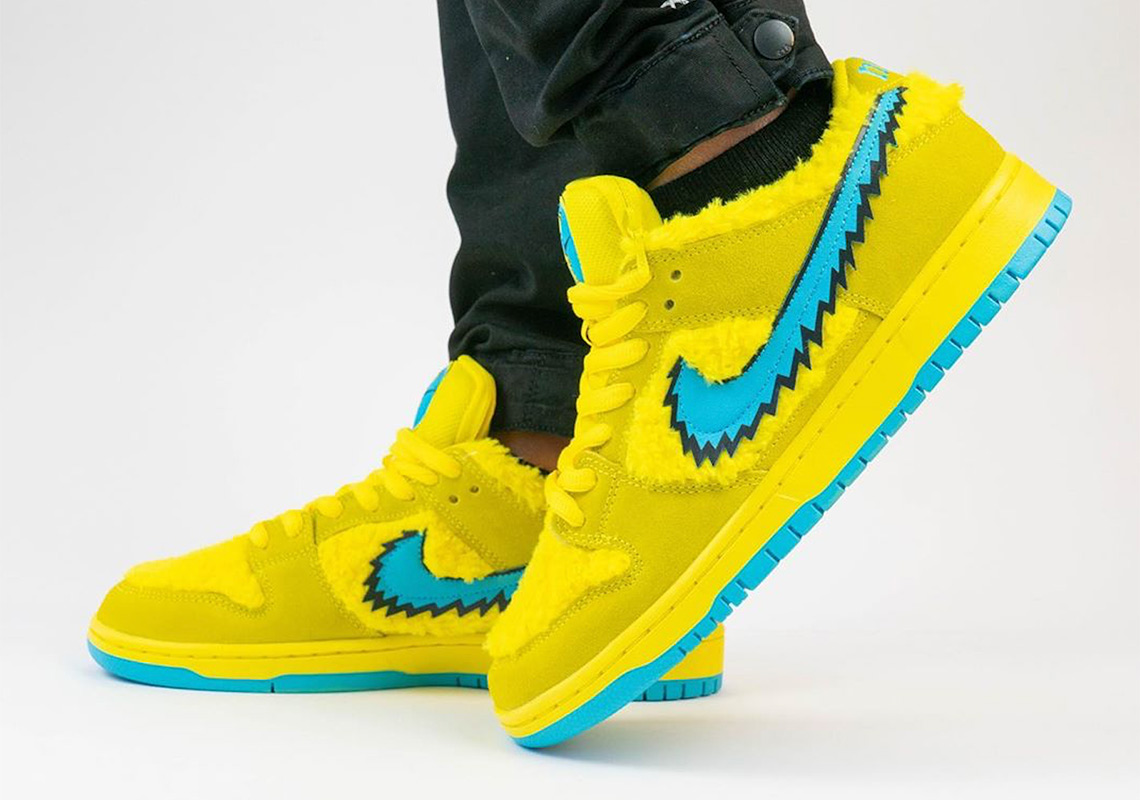 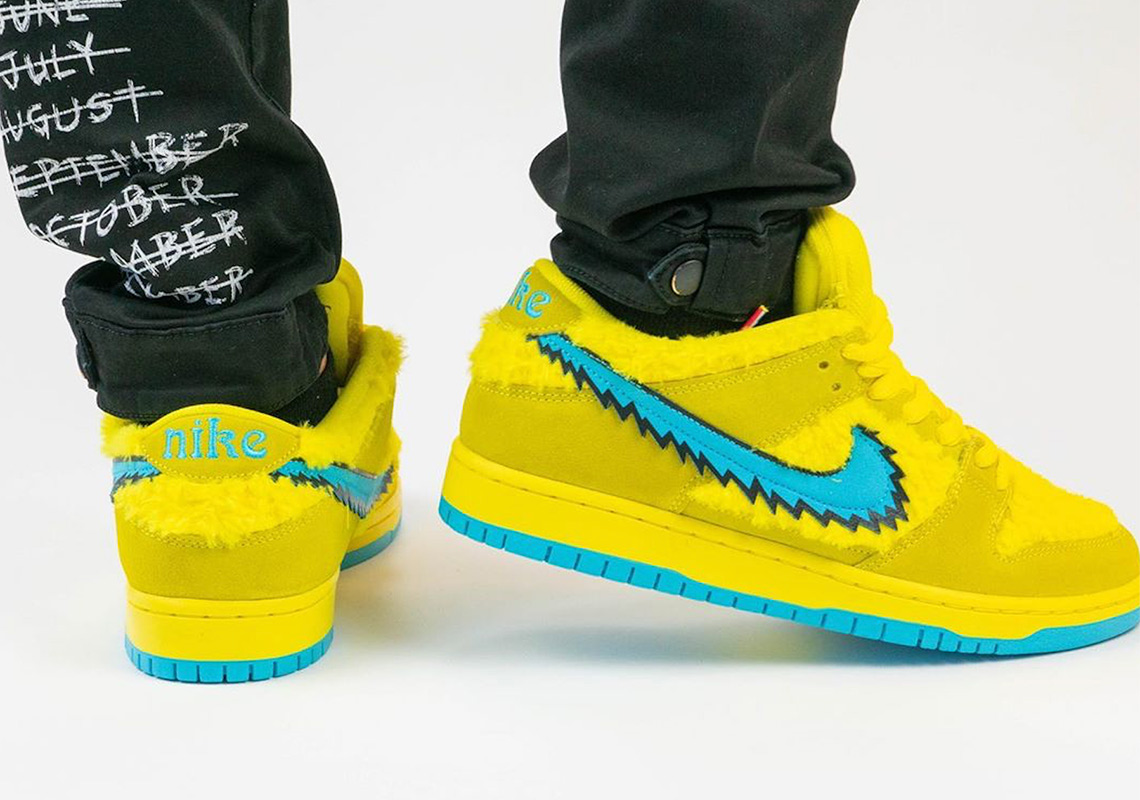 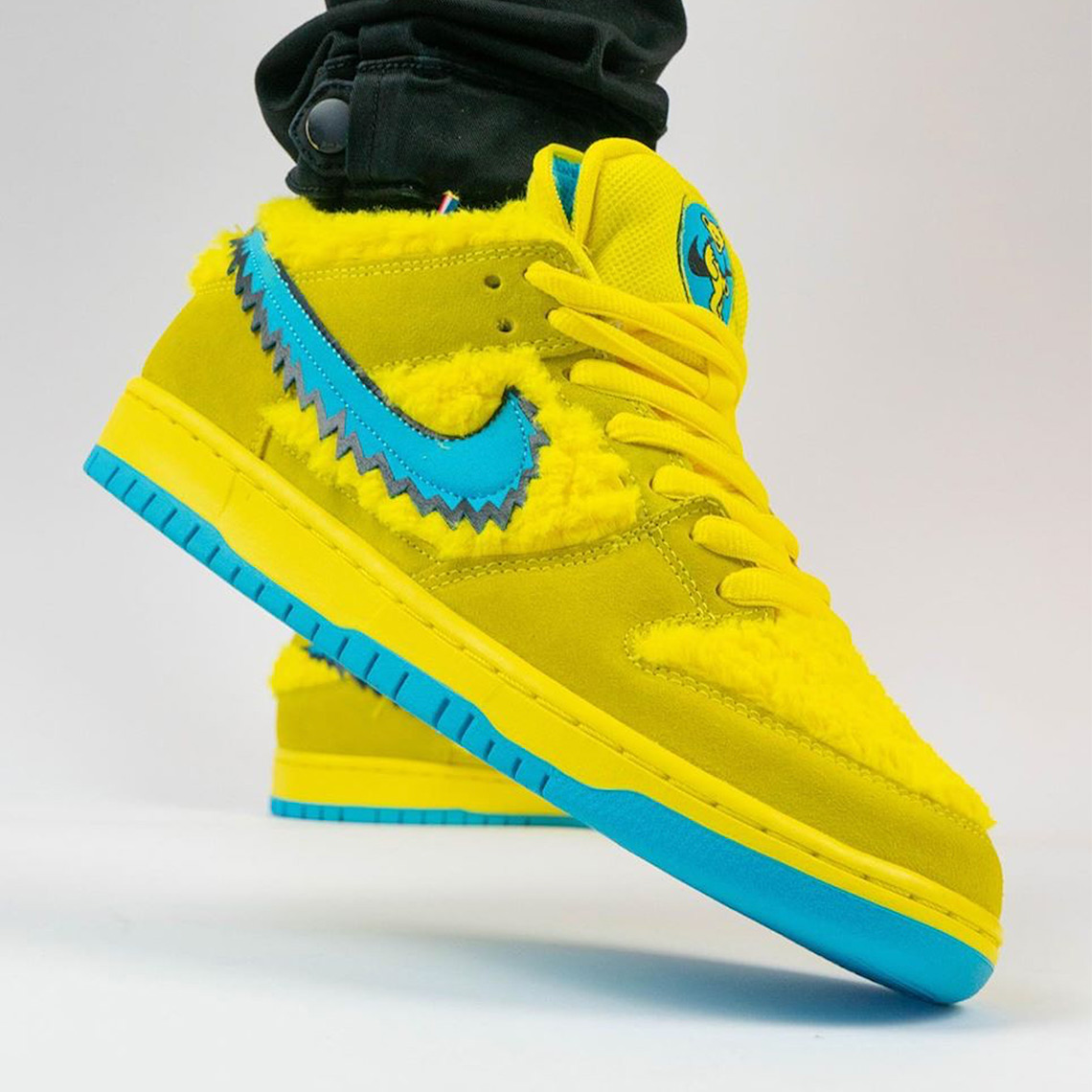 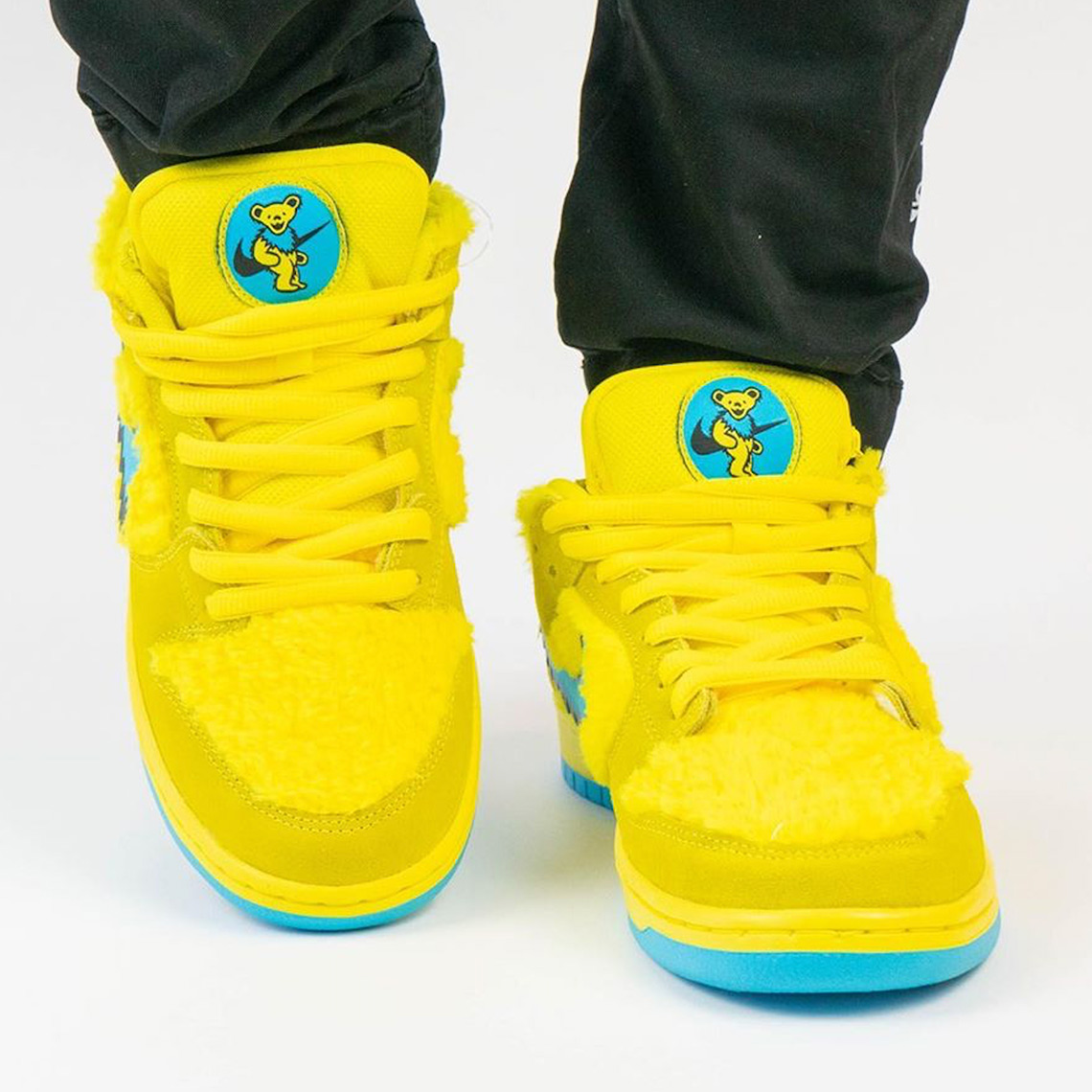 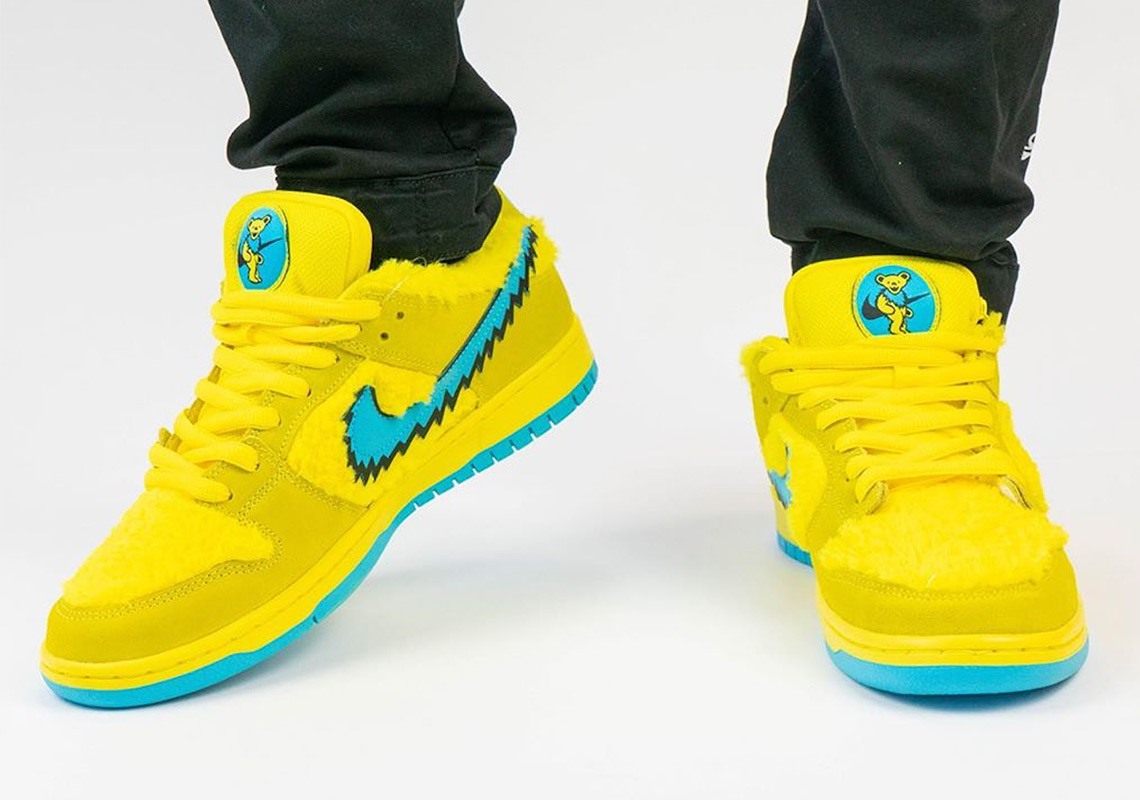 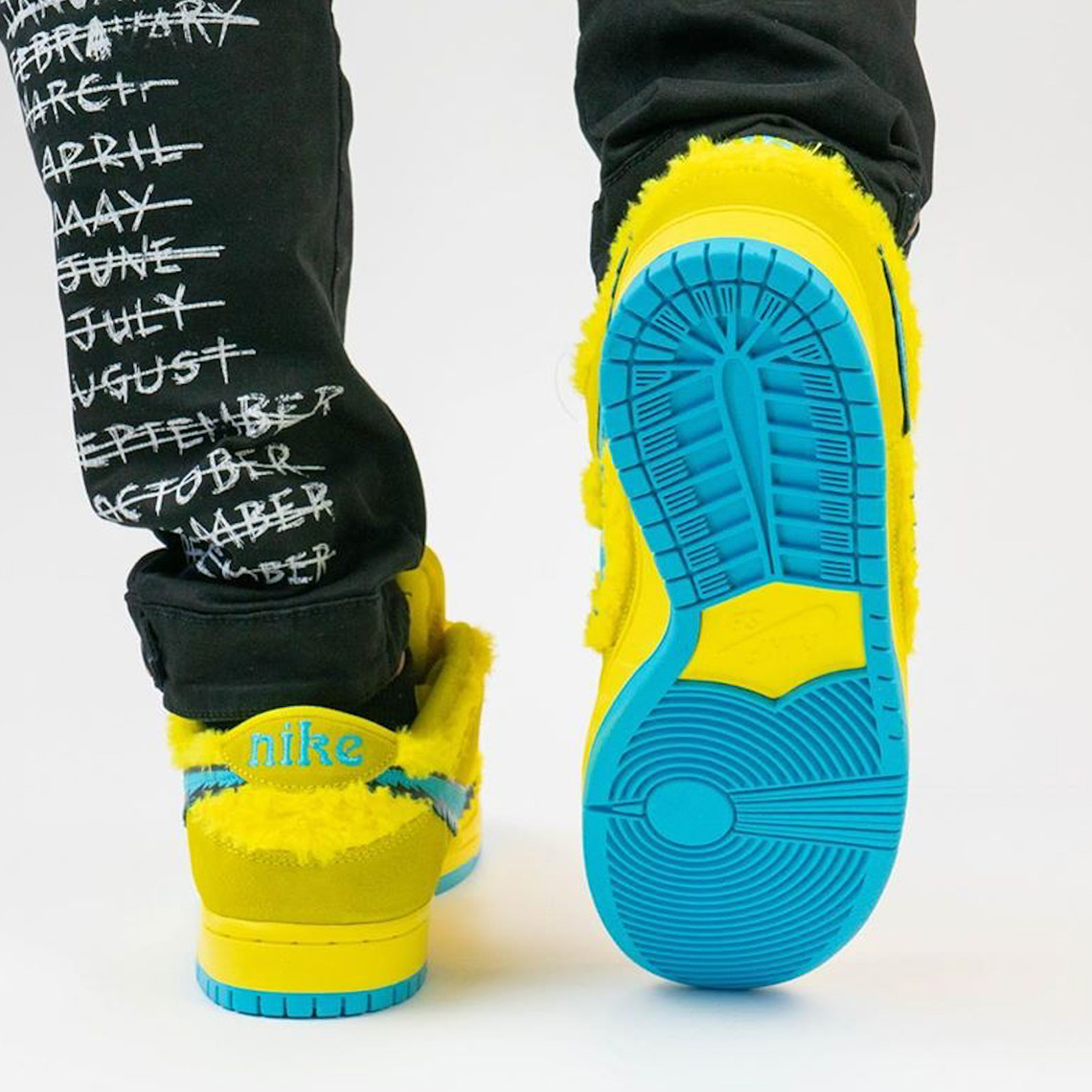