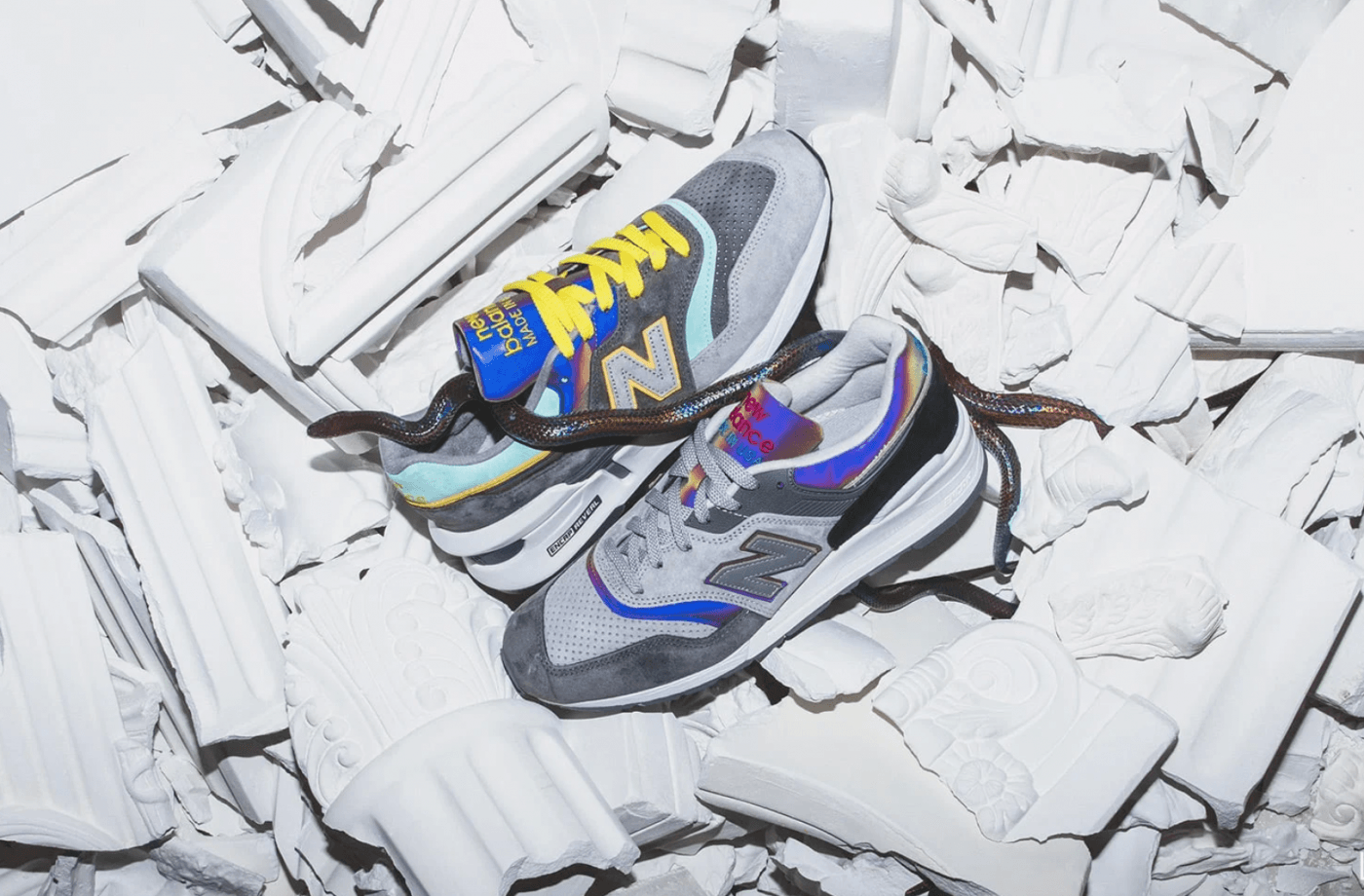 DTLR and New Balance are teaming up on a set of premium M997 sneakers inspired by Greek mythology, releasing April 17th at DTLR.com The two sneakers are named the M997 ‘Perseus’ and M997 Sports ‘Medusa’ respectively.

Perseus was a demigod warrior from Greek mythology who slew the Goddess Medusa by using her own powers against her. Medusa’s visage was fabled to turn all who gazed at her into stone, leaving her enemies powerless against her. Perseus has Medusa’s image engraved in his shield which he used to defeat his enemies and was thus sent to slay the Medusa her per request of the King. Perseus succeeded in his task using his shield to reflect Medusa’s image back at her.

The M997 ‘Perseus’ features a Cool Gray, suede toebox and side paneling with dark gray suede applied on its mudguard and black on the heel. Furthermore, a snakeskin leather “N” logo and iridescent 3M tongue and ankle collar have been added to mimic the demigod’s reflective shield of legend. The sneakers come with both black and cool grey laces and feature the standard, white midsole with Encap Reveal cushioning.

Its counterpart, the M997 Sport ‘Medusa’ comes in brighter shades with an aquamarine ankle collar and yellow accenting throughout its dark grey, premium suede upper. The toebox comes in the same shade of cool grey suede as the ‘Perseus’ model, while the signature “N” logo appears now in regular suede construction with bright yellow outlining instead. The sneaker comes with bright yellow laces and a blue leather tongue in stark contrast to the moodier, iridescent ‘Perseus’ model.