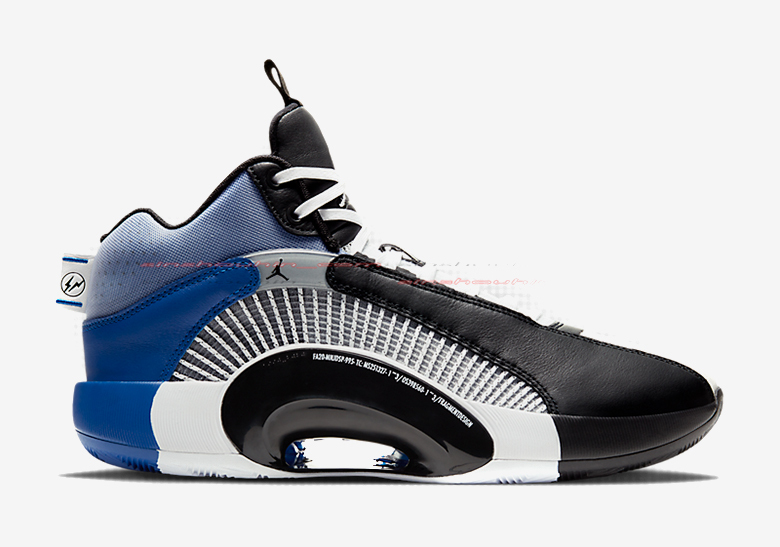 In the news release for fragment design and Jordan Brand’s upcoming collection, snuck in between the exciting news of an Air Jordan 4 collaboration, matching apparel, and an all-new silhouette dubbed the Air Cadence, was the mention of a third footwear collab. Missing from this press release, however, were any images of the shoe. Now, thanks to some leaked images, fans can have an early – but unofficial – look at the fragment design x Air Jordan XXXV. This collab marks not only the third piece of footwear in the collection but also the second debut of an all-new Jordan Brand silhouette.

The 35th entry in the mainline Air Jordan series uses the previous AJ XXXIV as a starting point. This version sees some welcomed fragment touches that will be missing from future iterations of the unreleased Jordan model such as the lightning bolt logo tags on the heel and those particular shades of Royal Blue that fragment founder Hiroshi Fujiwara is so fond of. The shoe continues the usage of Jordan Brand’s proprietary Eclipse Plate technology in the midsole and applies a mixture of different mesh gauges on the medial and lateral sides and ankle collar.

Scroll below for further images.
Photos by @sinshouhin 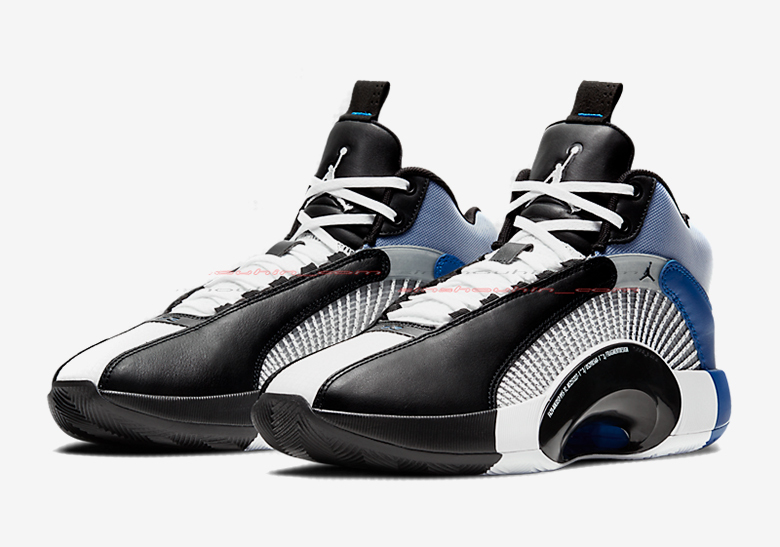 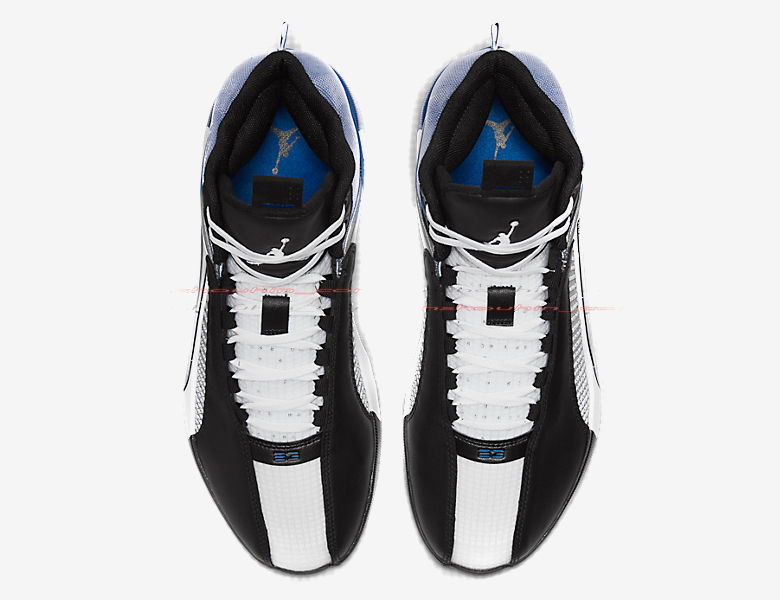 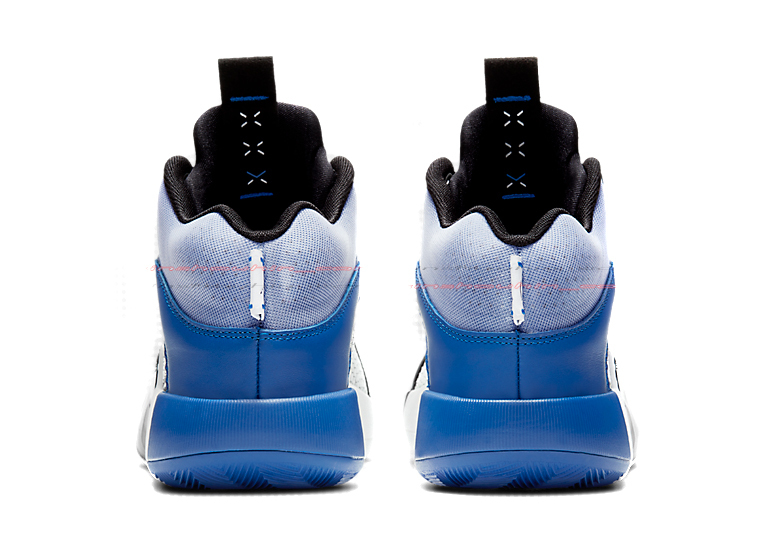