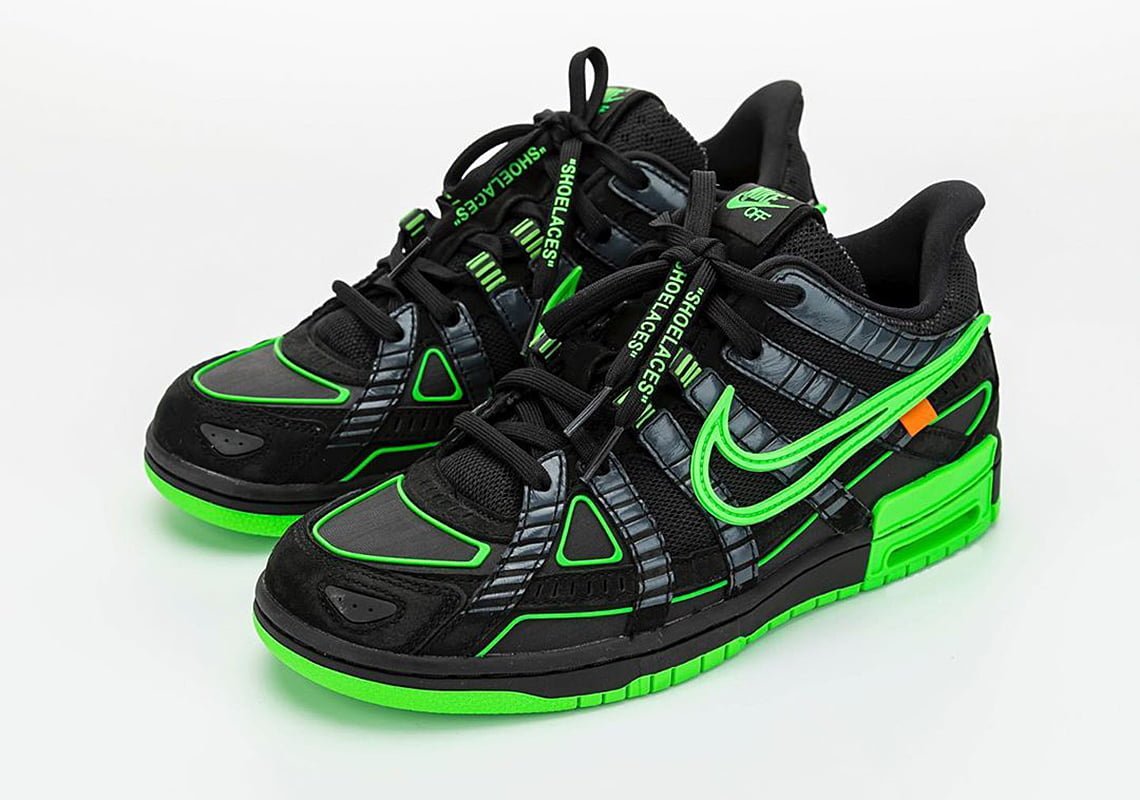 The Off-White™ x Nike Rubber Dunk was officially unveiled during Nike’s New York Fashion Week showcase at the start of this year where, without much fanfare, the chunky skate shoes were simply placed on some mannequins’ feet around the showroom. Now, we have finally had an early look at the sneaker from a variety of angles showing us all the extra details and hidden bells and whistles.

Although based on the resurgent Dunk silhouette, the ‘Rubber Dunk’ is in many ways Virgil’s first original silhouette for Nike. The midsole is the only portion of this sneaker that maintains the traditional look of a Nike Dunk but even that has been revamped with its exposed Nike Air unit in the heel and Nike Air branding on the outsole. A double-stacked heel tab and heel cup in the style of an Air Jordan IV further separates the Rubber Dunk from anything else Virgil has done with the brand.

The entire shoe is made up of all black and neon green rubber. Neon green adorns the tread, outlined Swoosh, tongue branding, and “Shoelaces” logos. Additional neon green piping is placed throughout the medial and lateral sides as well as the toebox. The black rubber lace stays reach out from the midsole and heel and stretch towards the aces, creating an exterior cage in the process. The signature orange tab by the Swoosh is present as usual but the tongue now has additional branding, reading: “NIKE OFF”.

No word yet on an official release date has surfaced but stay tuned to SoleSavy for future updates. 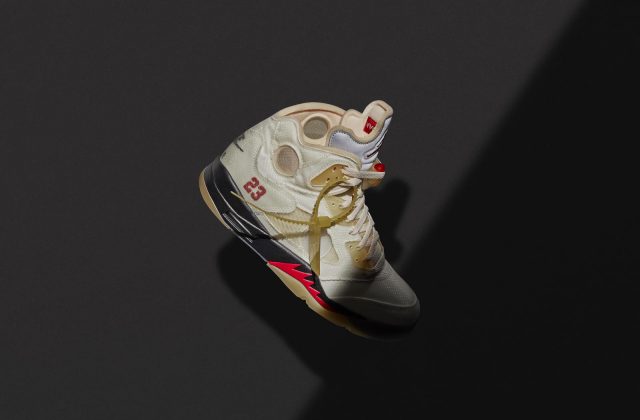