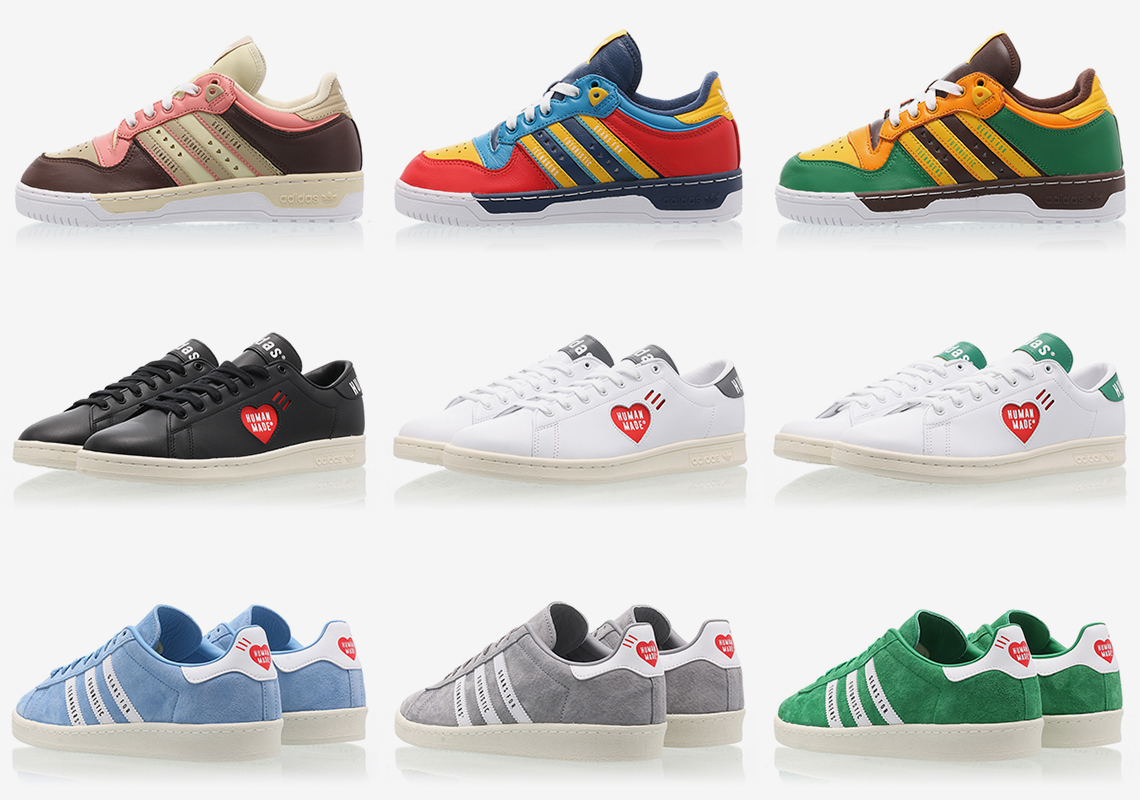 When A Bathing Ape founder Nigo left his trailblazing brand in 2013 after selling the company in 2011, he set out to create a new distillment of his unique blend of American and Japanese streetwear aesthetics with his new label, Human Made. A longtime believer in the power of collaboration, Nigo’s Human Made has partnered up with adidas for their second collab of the year: a 9-piece sneaker collection filled with Cambus 80s, Rivalry Lows, and Stan Smiths in a variety of unique colorways.

The Campus 80s comes in grey, green, and blue suede uppers with white leather three-stripes branding on the sides and heel. Written in black text across the three-stripes is the brand’s slogan, “Gears For Futuristic Teenagers” while both heels are adorned with Human Made’s heart-shaped logo. The Rivalry Lows feature the same slogan emblazoned three-stripes but differ greatly in their choice of colors and construction. Each pair is done in a variety of different leather combinations, specifically Brown/Beige/Pink, Gree/Yellow/Orange, and Red/Yellow/Blue. Standard adidas branding is used throughout. Finally, there’s the trio of Stan Smiths which opt for either all white or all black leather uppers with anthe Human Made heart insignia featured prominently on the lateral portions of the shoe in lieu of the regular perforated three-stripes. The heels and tongue tags feature the shoe’s most prominent use of colors, appearing in either green or grey on the white pairs and tonal black on the black pair. On the tongue, you’ll find “adidas.” branding in the Human Made typeface while the heels feature “Human Made” text.

Scroll below for further images.
All photos by Titoloshop. 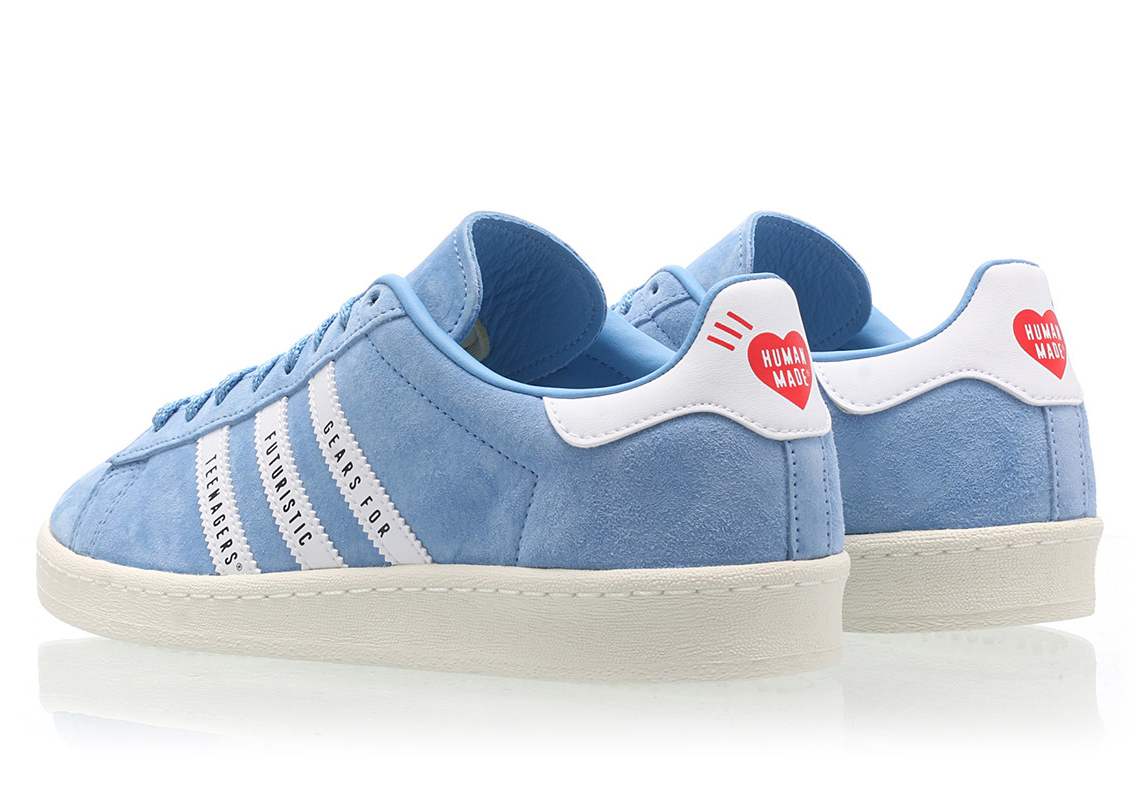 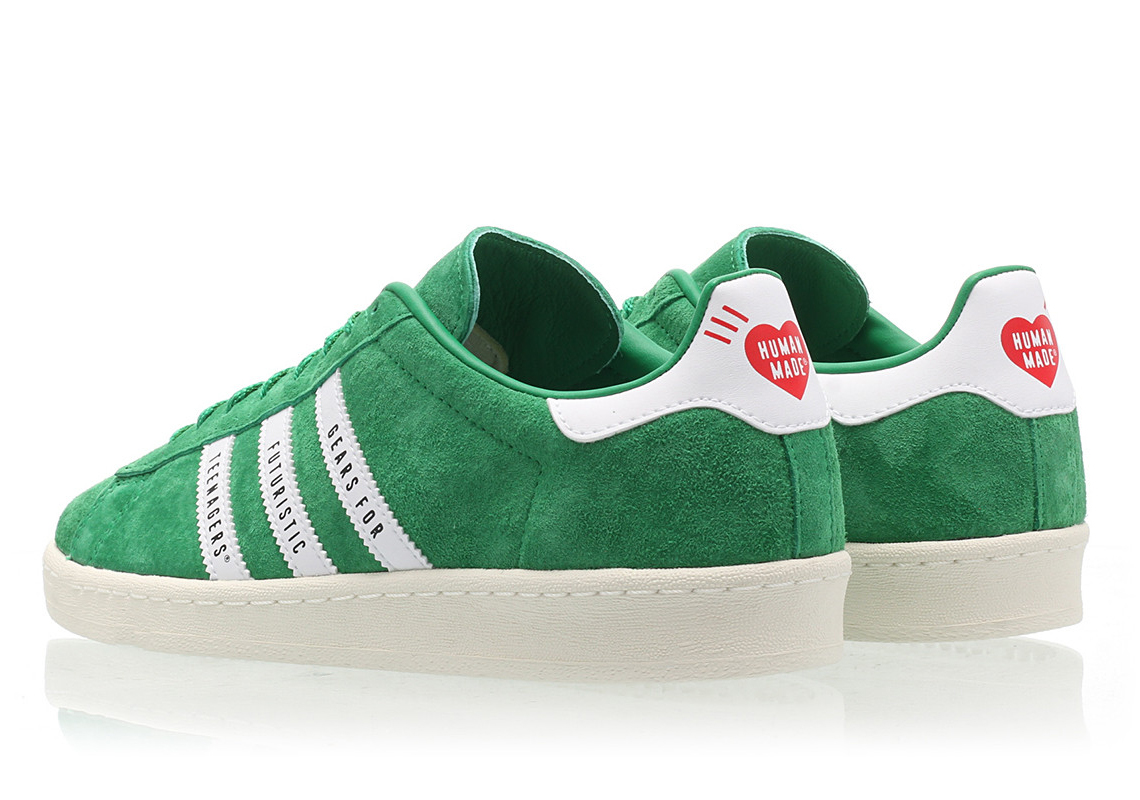 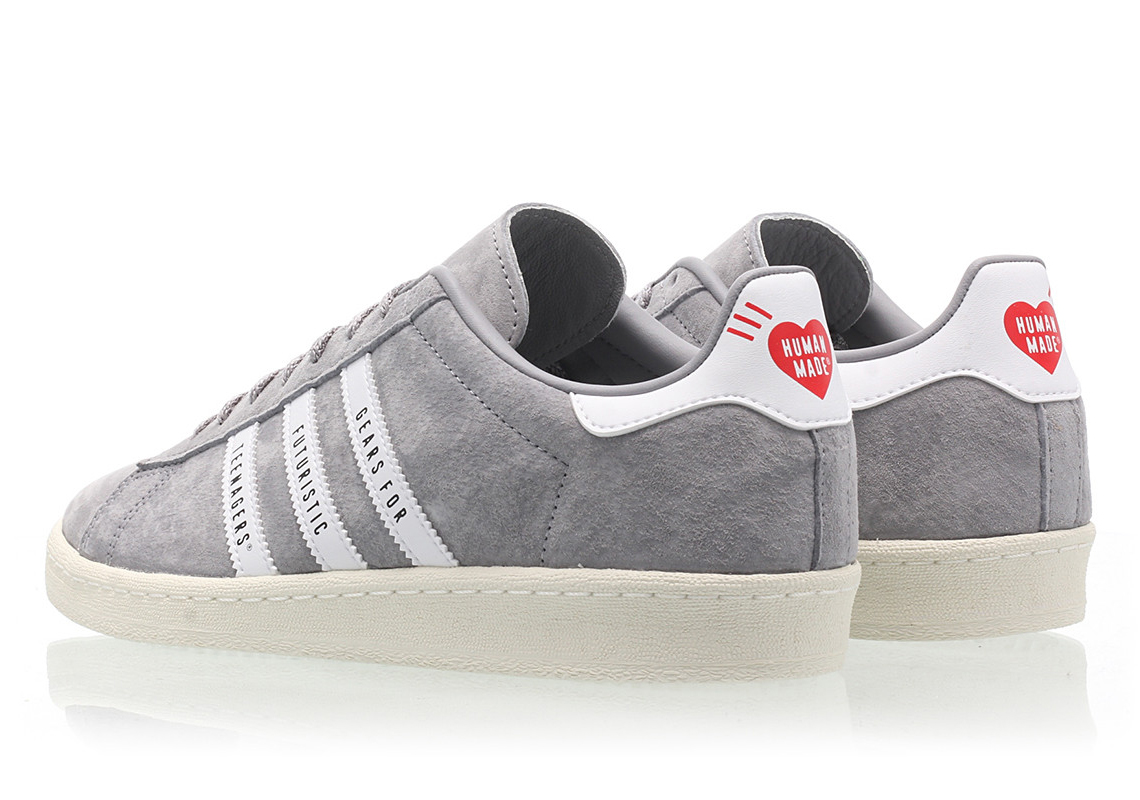 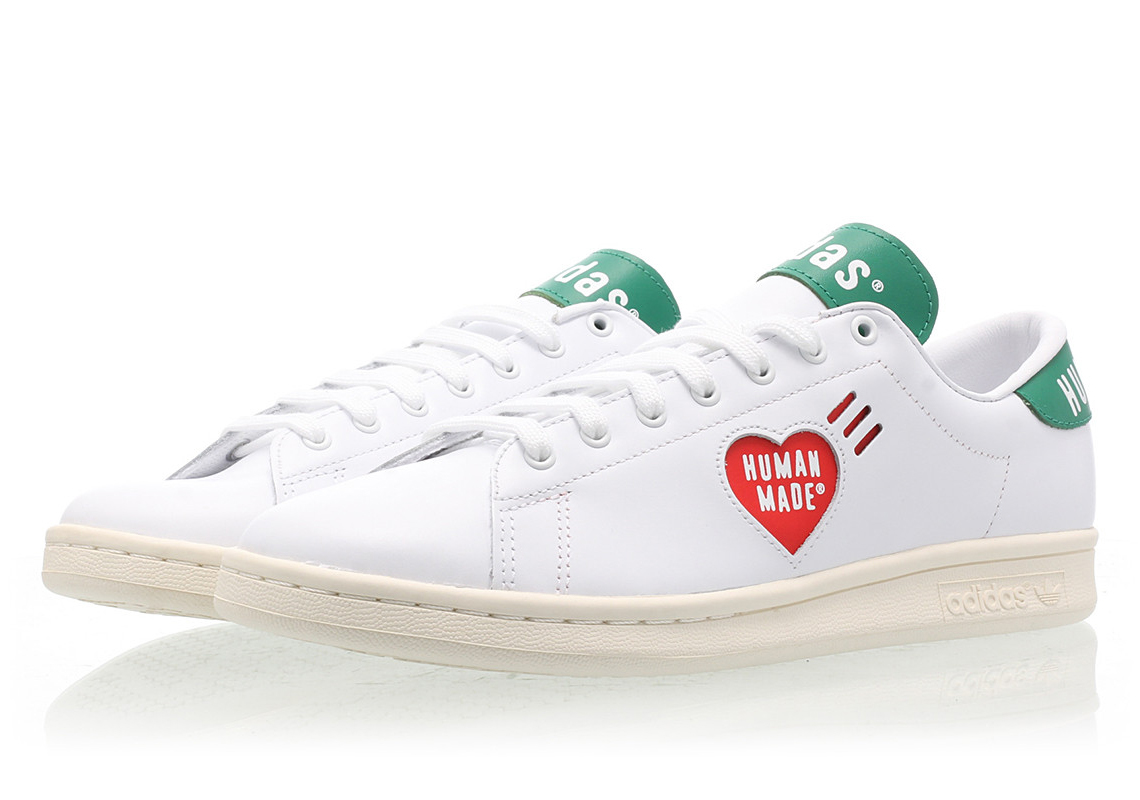 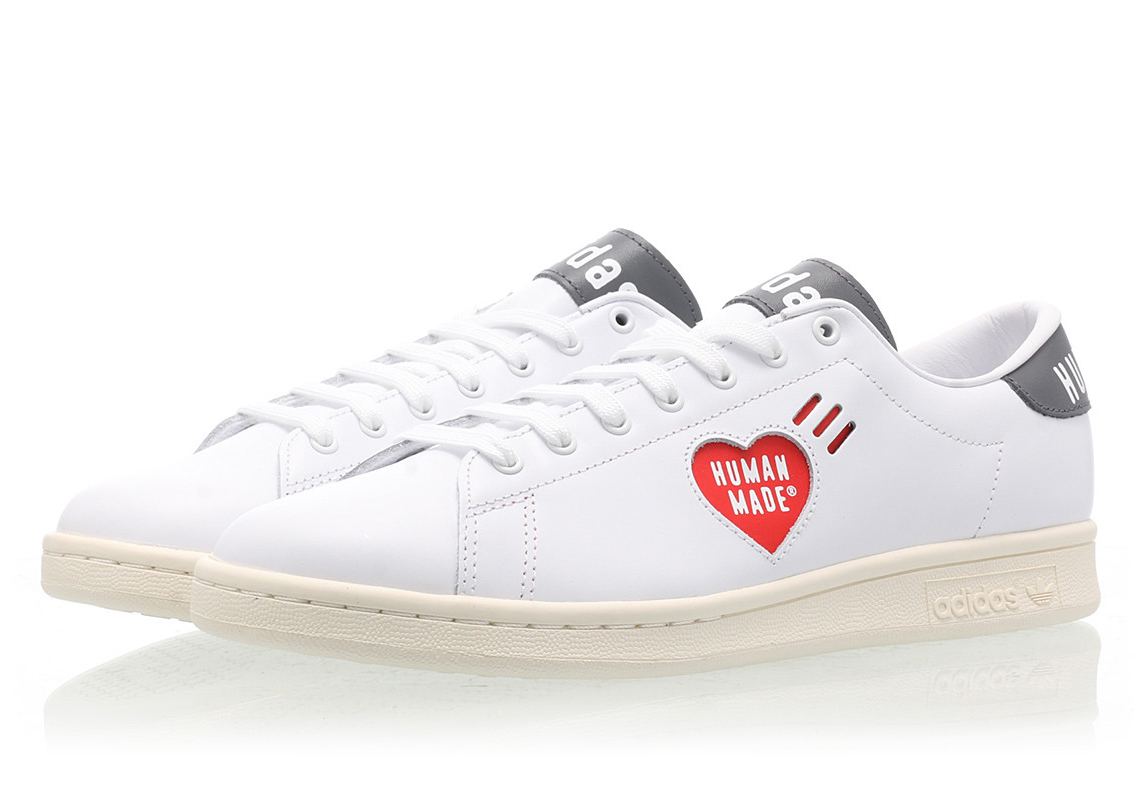 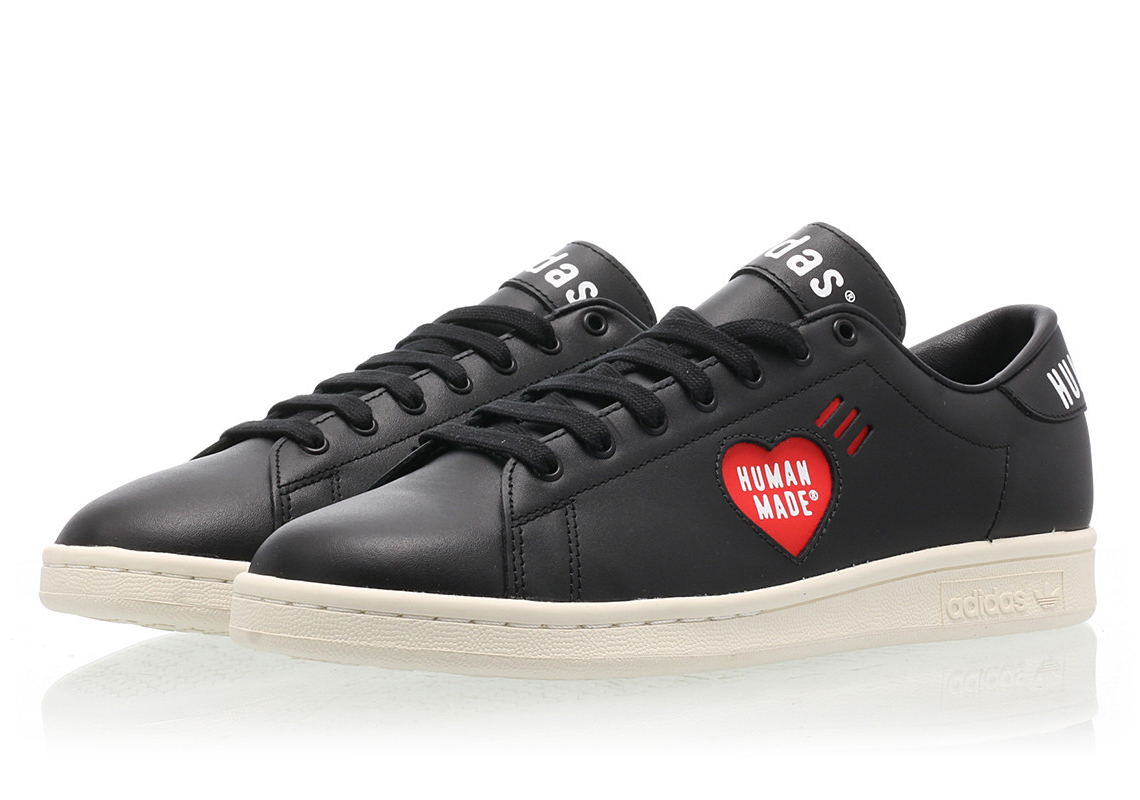 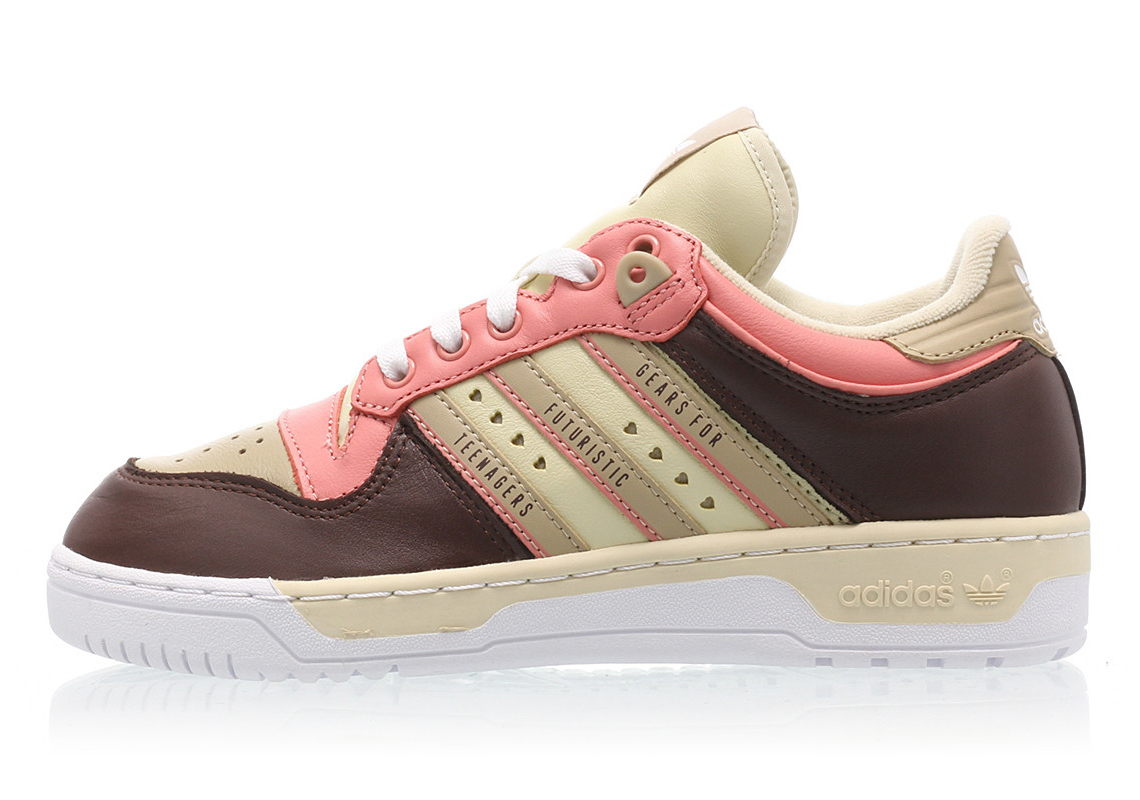 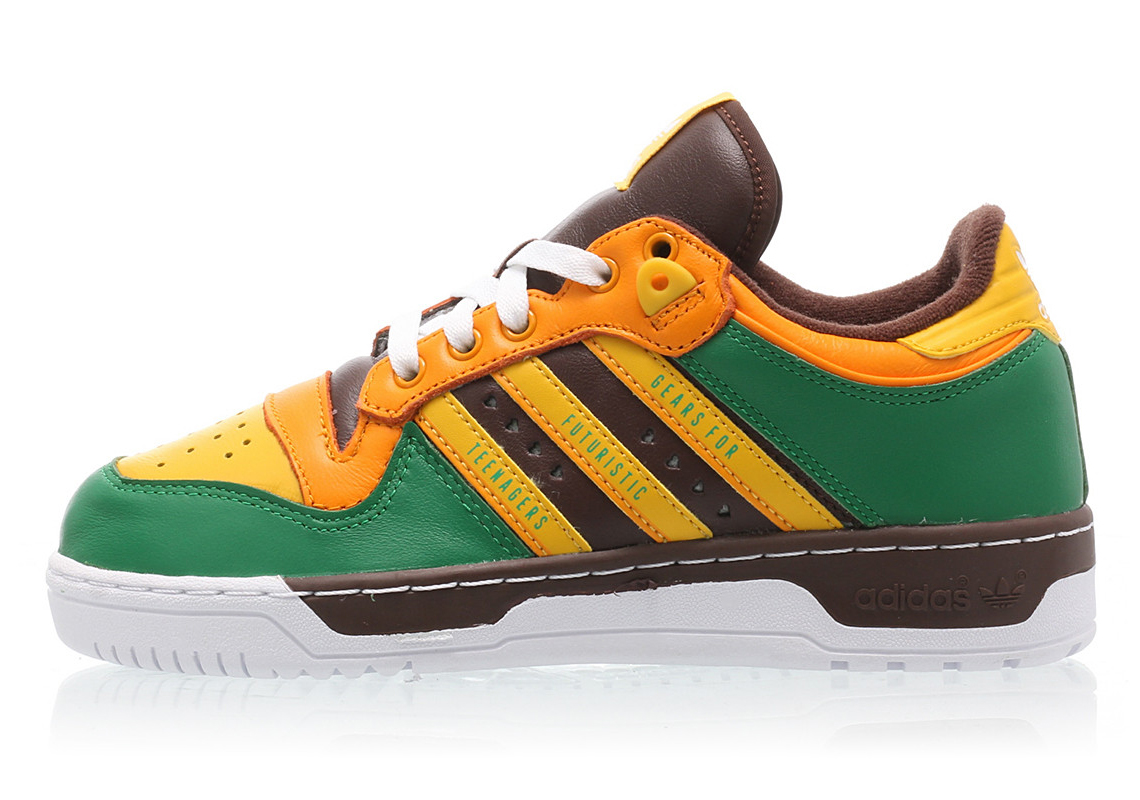 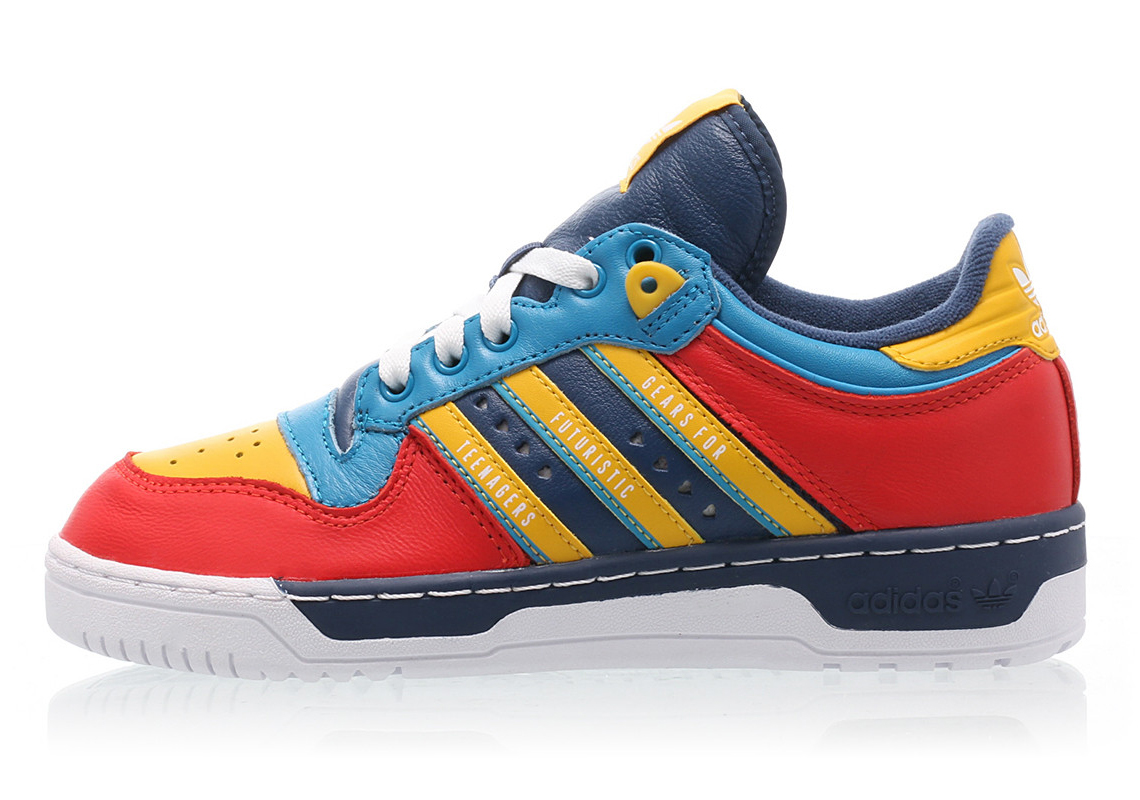 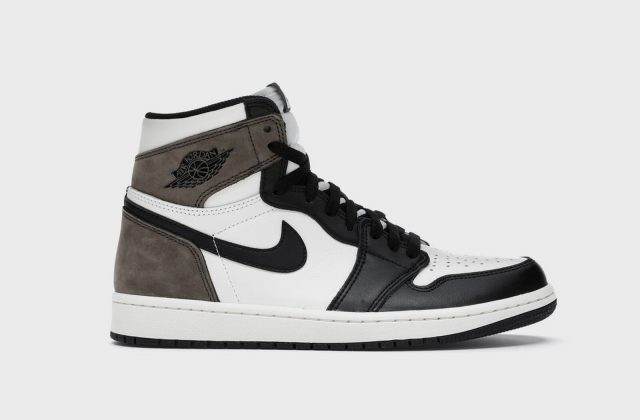