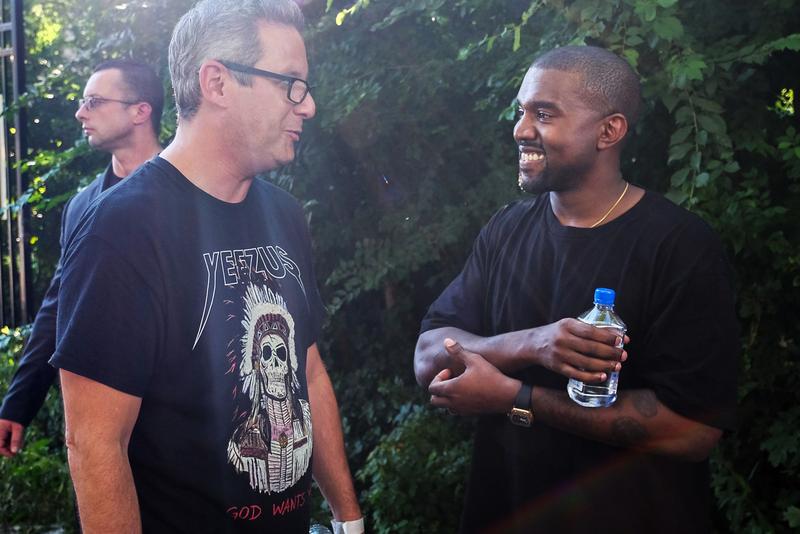 Jon Wexler, known for his charismatic personality and integral role as the former Vice President of adidas Global Entertainment and Influencer Marketing and, more recently, General Manager of adidas YEEZY, has left the company after two decades. Wexler started at adidas in 2000 as a Category Manager for the US branch of the company, eventually moving his up through the company over the next 20 years. Wexler was The rare kind of executive who balanced both business strategies with a genuine love of design, product, and his partners, including the famed Kanye West. Back when West first joined adidas, Wexler frequently championed the Chicago-artist on talk shows and social media. During the 2015 FN Achievement Awards when he won the Shoe of the Year award, West thanked Wexler for his support stating: “Jon basically saved my life.”

Unlike his peer, former adidas Global Creative Director Paul Gaudio, Wexler’s departure from the brand is not due in any part to controversy. In an email to adidas employees regarding Wexler’s leaving they said: “We regret to inform you that Jon Wexler, VP GM of Yeezy, has decided to leave Adidas to pursue interests outside the company, effective August 31.” Only time will tell where Wexler’s talents will bring him.

Check out the full adidas internal memo below. 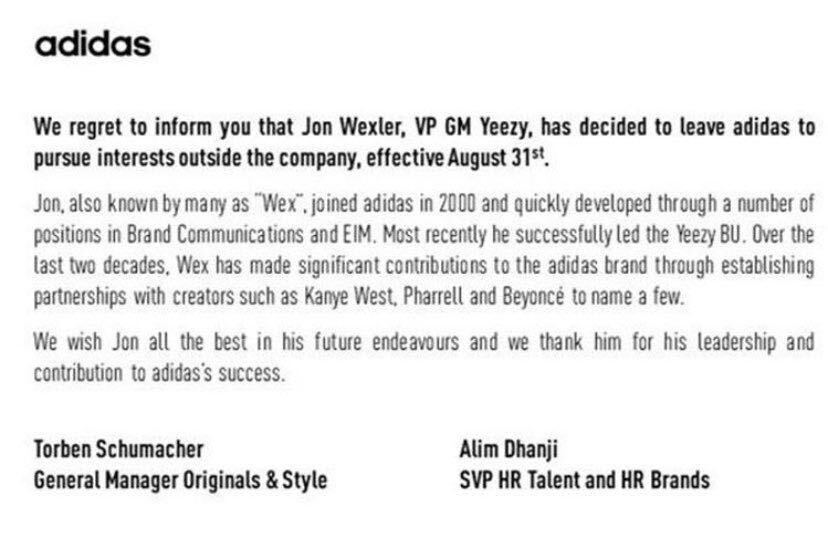