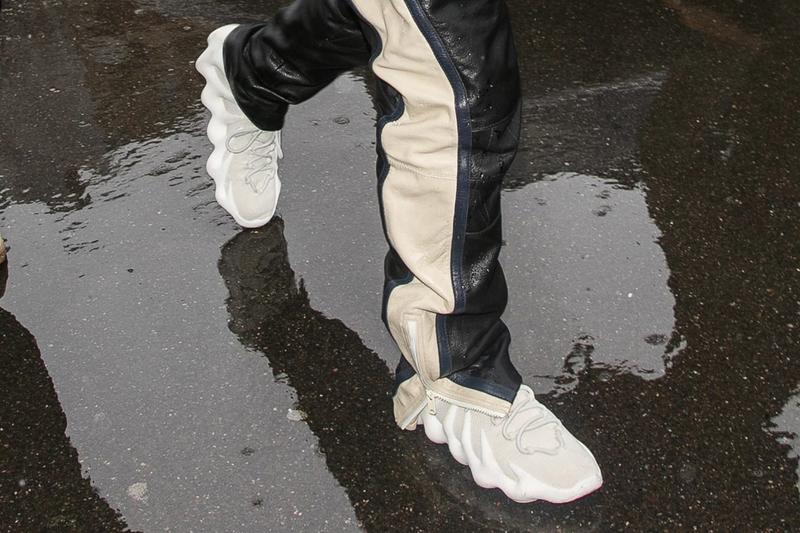 Teased as far back as 2018 in some of Kanye West’s (now deleted) tweets, the Yeezy 451 has finally materialized on-foot during Kanye’s time at Paris Fashion week.

Deviating little from the glimpses we’ve seen over the years, the adidas Yeezy 451 is one of the strangest silhouettes in recent memory, and the surely weirdest in the adidas YEEZY line.

Encapsulated in a large plastic or rubber outershell (far bulkier than its predecessors), the shape of the 451 looks straight out of a sci-fi anime or H.R. Giger‘s sketchbook.

With YEEZY Season 8 debuting tonight, we’re sure to see more of the Alien-esque sneaker in action.