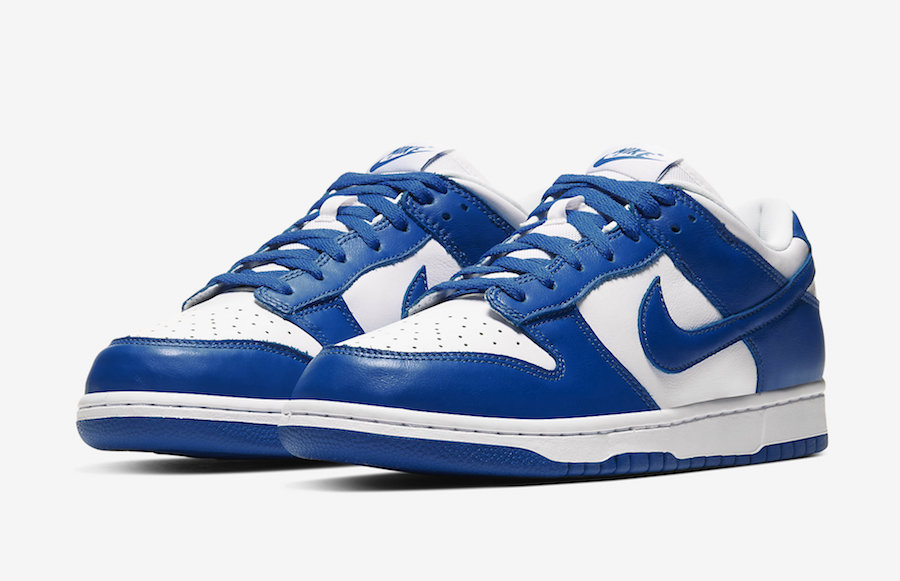 After a month of teasers, the Be True To Your School inspired Nike Dunk Lows in ‘Varsity Blue’ and ‘Orange Blaze’ drop March 10th on SNKRS for $100 USD.

While no longer named after schools, each color is still based off the OG Kentucky and Syracuse Highs from the BTTYS pack. Each shoe is composed of a fine grain leather upper in either a two tone construction of Varsity Blue/White or Orange Blaze/White

Further colorways from the BTTYS pack are rumoured to release this year in honour of the Dunk’s 35th anniversary.