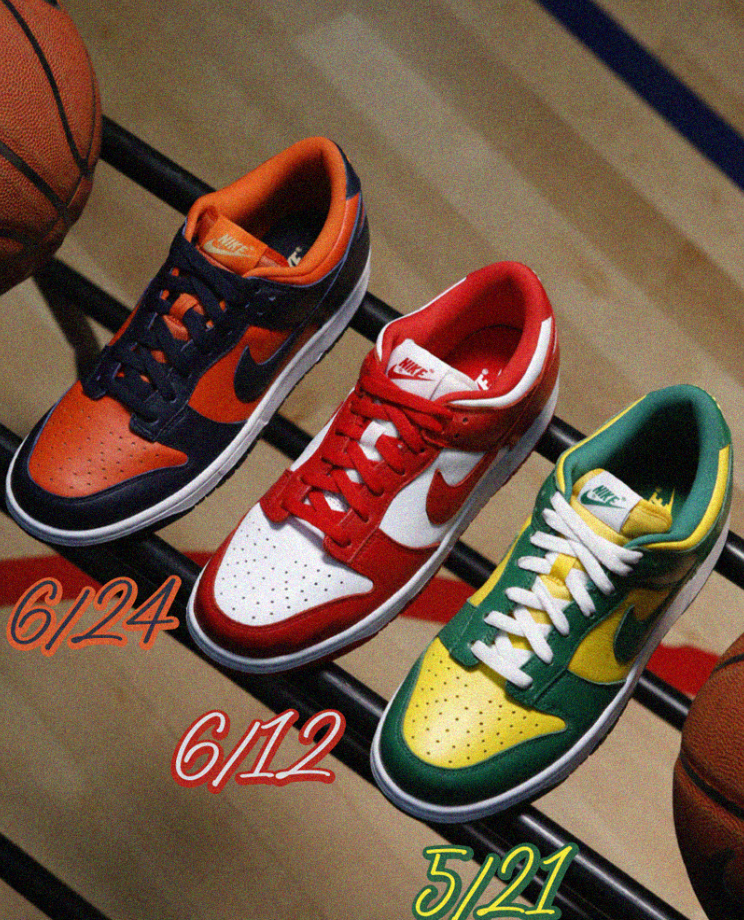 Nike has officially unveiled its latest line up of Dunk Lows SPs in classic two-tone construction and white midsoles. Teased via the Nike SNKRS app, the next several weeks are going to see a staggered release of this sought-after trio.

The first pair to release comes out later this month on May 21st in the aptly titled ‘Brazil’ colorway. Based on the country’s national flag, the toebox, side panels, and ankle collar are done in a bright yellow while the rest of the Dunk’s upper and its outsole are done in the appropriate shade of matching green. Following this pair comes June 12th’s ‘University Red’ colorway, a modern take on an all-time classic, the ‘St. John’ Dunk Highs. Based on the Be True To Your School OG, 2020’s low top rendition sees the same placement of bright reds and clean white leather applied throughout. Finally, there’s the ‘Champ Colors’ colorway out June 24th, which uses darker tones reminiscent of the New York Knicks’ classic uniforms. The overlays come in a dark navy blue while Orange leather is applied on the rest of the sneaker’s upper.

If you want all the help, tools, and insider info needed to cop these Dunks for retail, then a Sole Savy Membership might just be right for you. You can read more about the benefits here and join our Waitlist today. 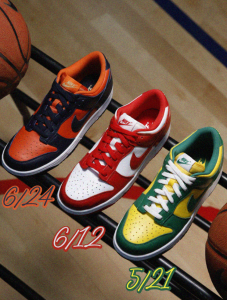 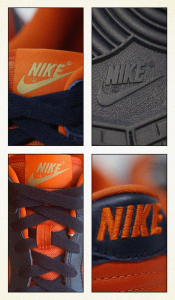 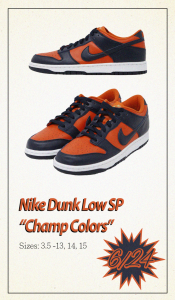 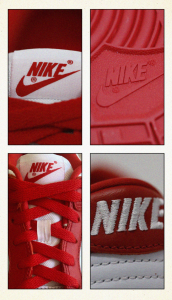 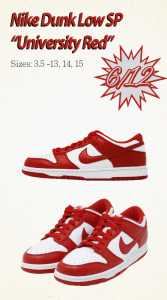