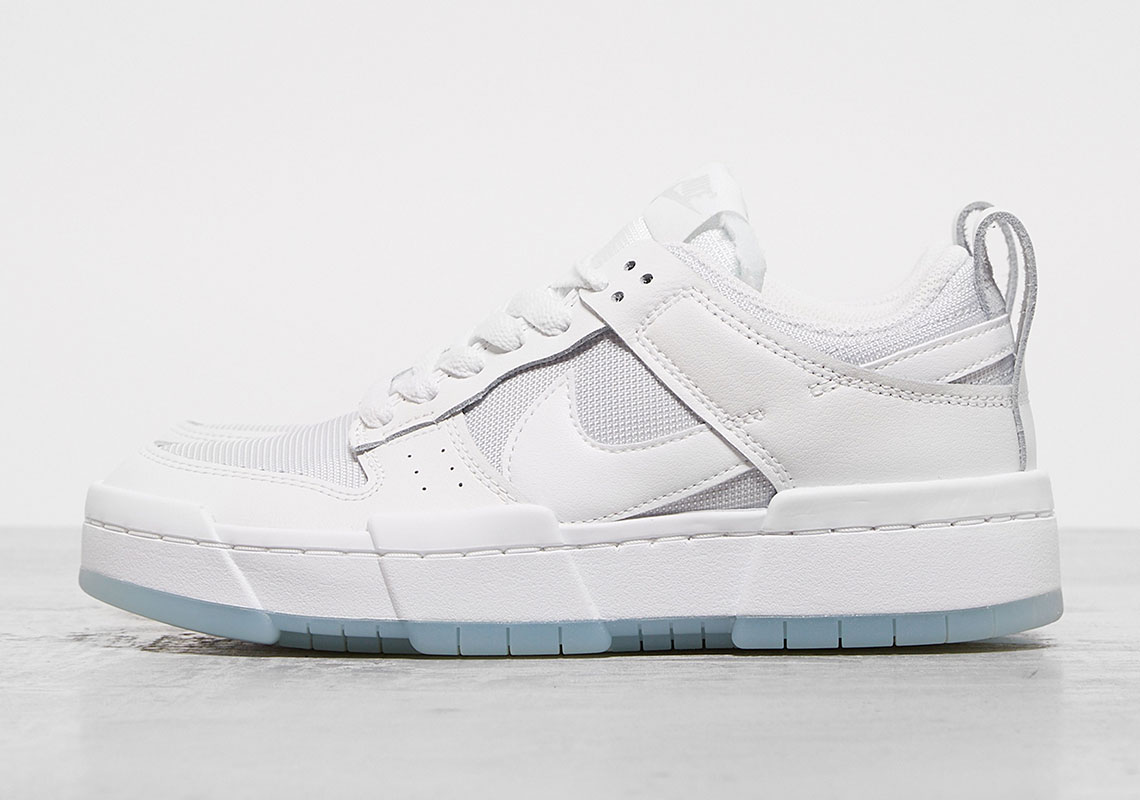 Nike Transforms The Dunk Low Into The Nike Dunked, Releasing This Year

The desire for Nike SB Dunks and regular Nike Dunks has reached a fever pitch in 2020 with General Releases and exclusive collaborations selling out all the same. Never one to let an opportunity go to waste, Nike has taken this resurgence in love for the decades-old silhouette and created a new version of the classic shoe: the Nike Dunked.

Using the Nike Dunk Low as its main reference point, 2020’s Nike Dunked exaggerates every detail of the original silhouette through a double-stacked midsole and the addition of a thick, leather pull tab with raw edges. The medial and lateral sides’ Swooshes are now enlarged but partially covered by the thicker leather overlays which now cover greater portions of the upper than the original Dunks. Elsewhere, leather is replaced with plush mesh on the form of the toebox, collar, and side paneling. The tongue features some faux-vintage distressing by partially exposing the foam around the perimeter of the tongue. The debut colorway of the Nike Dunked is “Summit White” and sees a frosted blue outsole followed by an all-white midsole and white leather overlays with all mesh done in light grey tones. Check out some early images of the Nike Dunked from retailer Foot Patrol and stay tuned to SoleSavy for official images and release soon to come.

Scroll below for further images.
All photos by Foot Patrol. 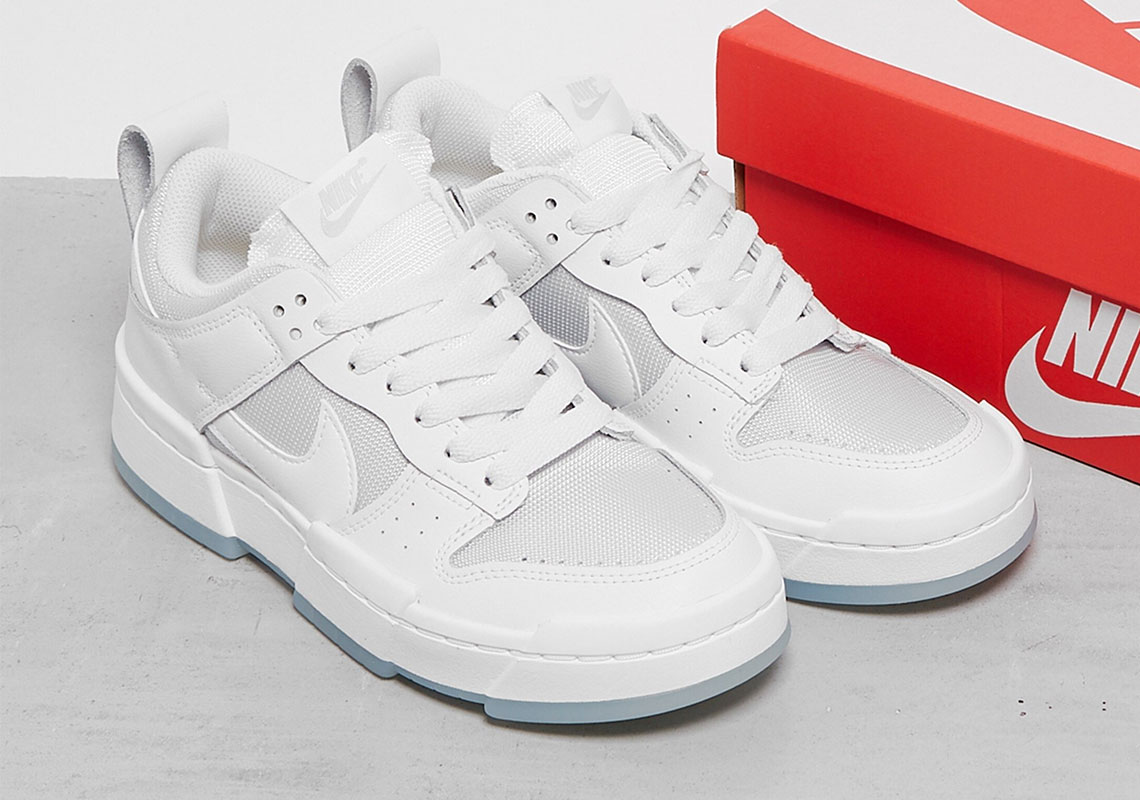 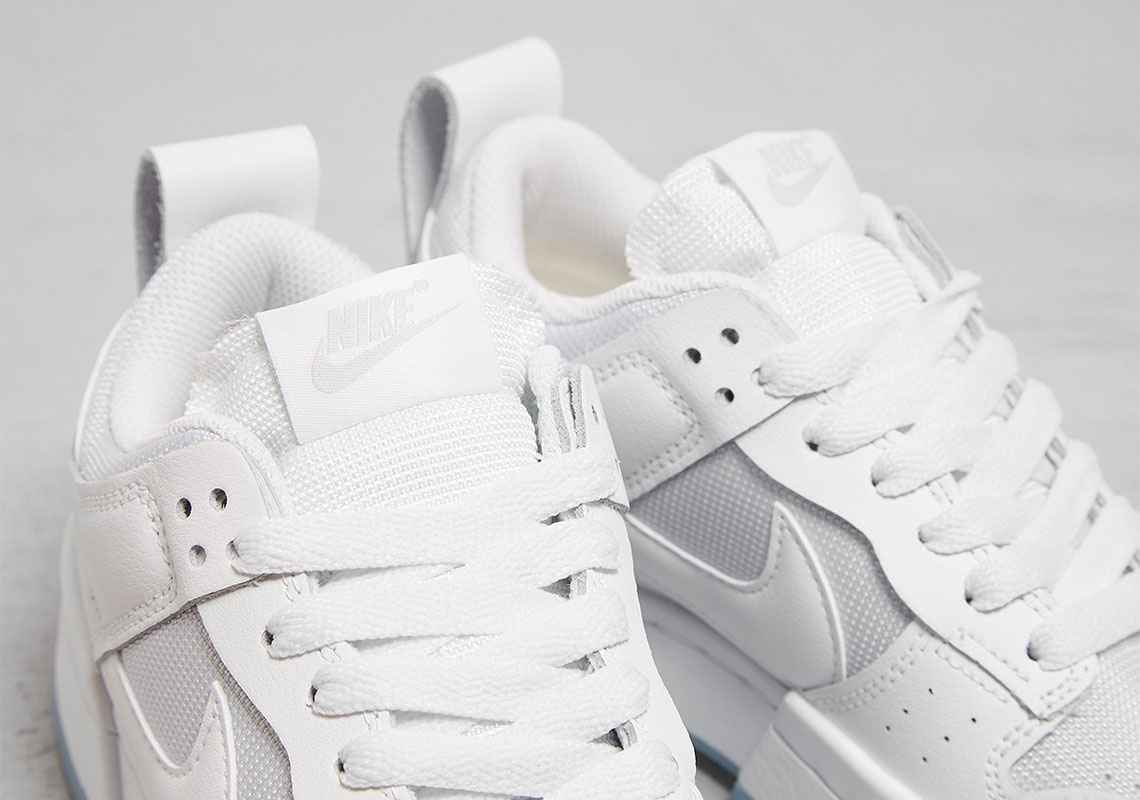 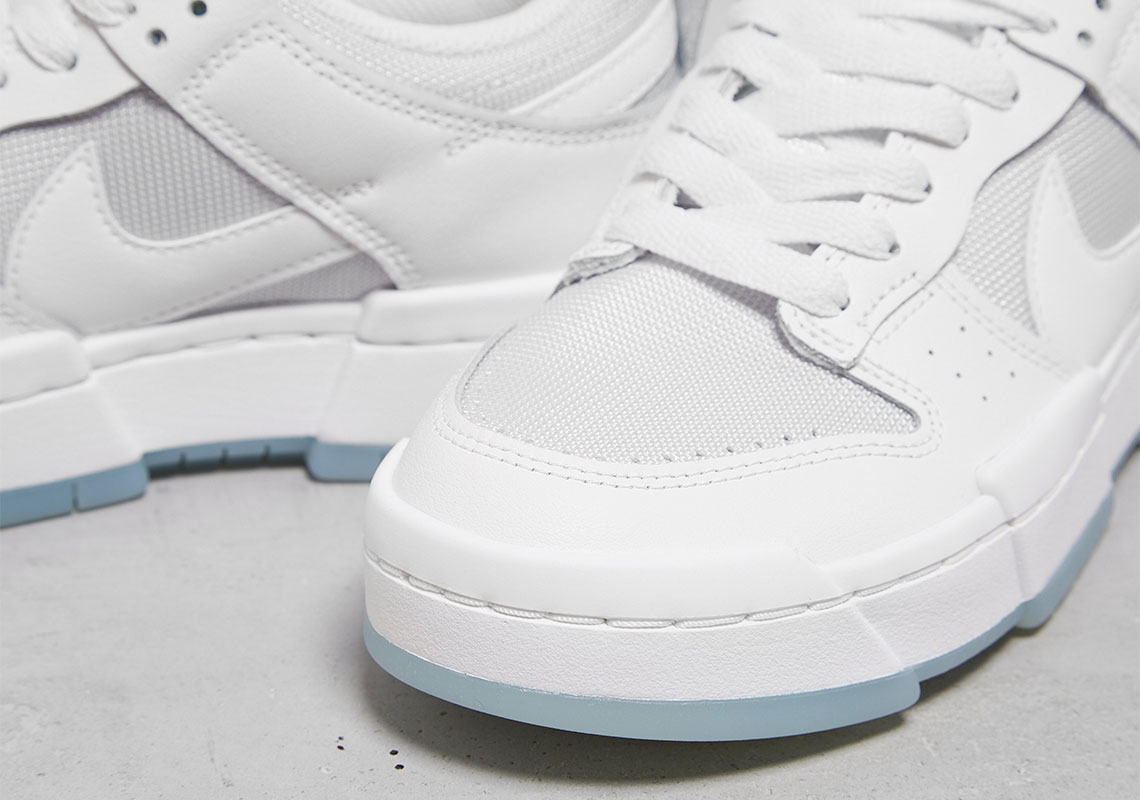 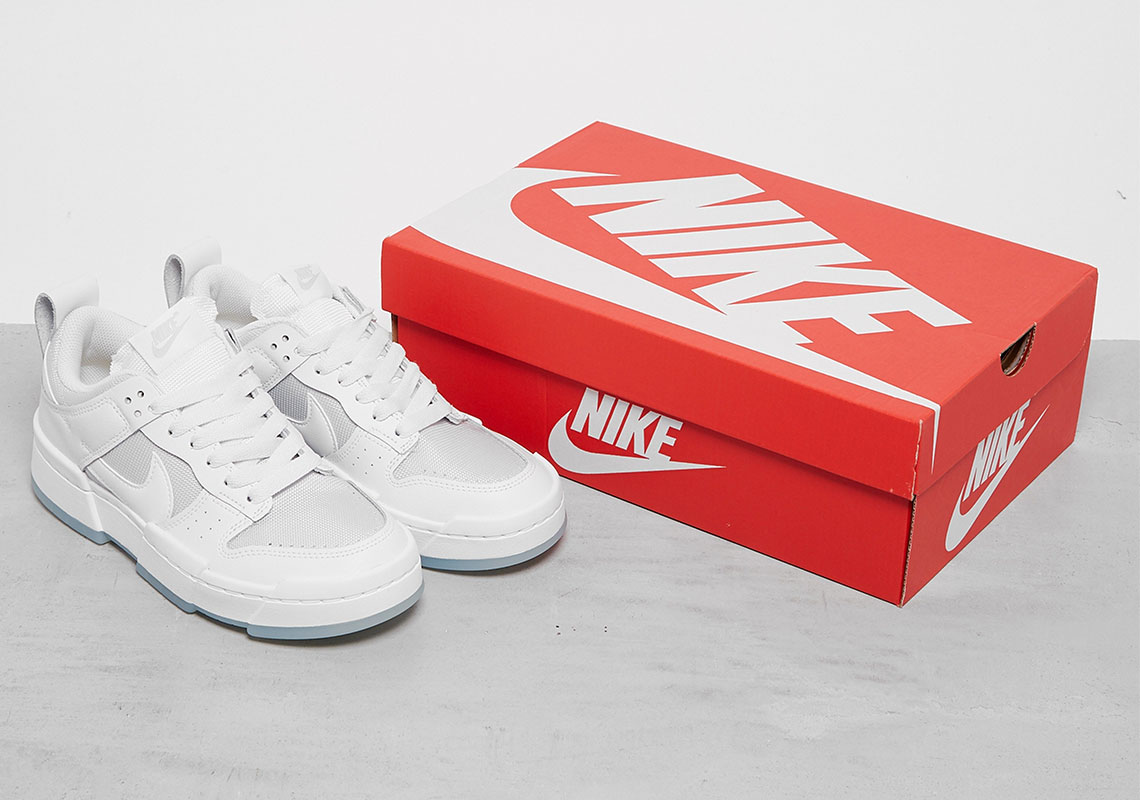