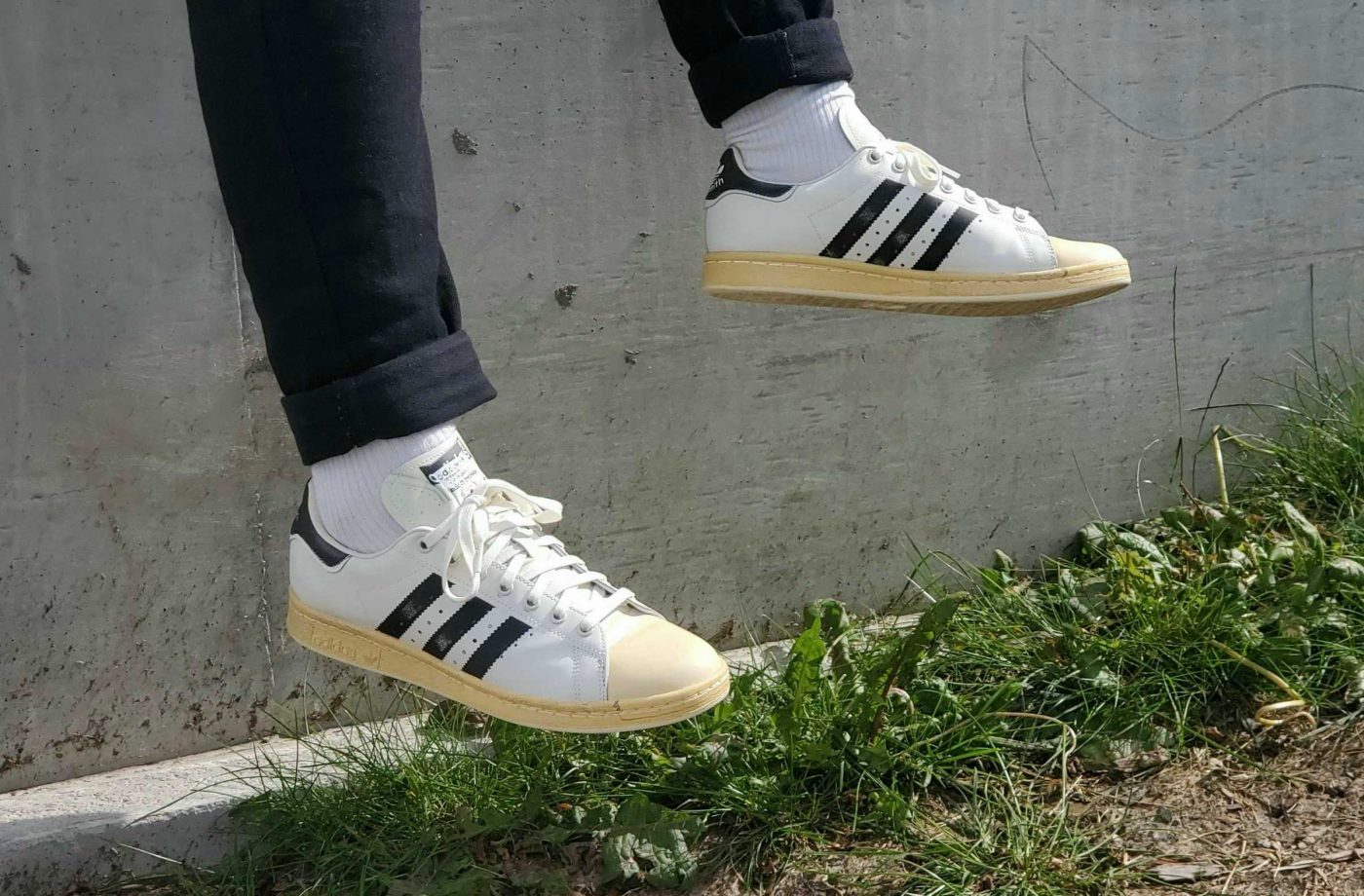 Kicking off 2020 with a string of hot releases that celebrate the 50th year anniversary of one of the most popular sneakers ever made, the adidas Superstar, the three stripes has been funnelling a great deal of creative energy into the silhouette. From simple renditions that focus on craftsmanship and quality, to bold and bright pairs with collaborators like the Japanese titan atmos; adidas has been finding ways to reinvigorate the mature silhouette for the modern day.

But what if their greatest take yet on the Superstar wasn’t even a Superstar to begin with? 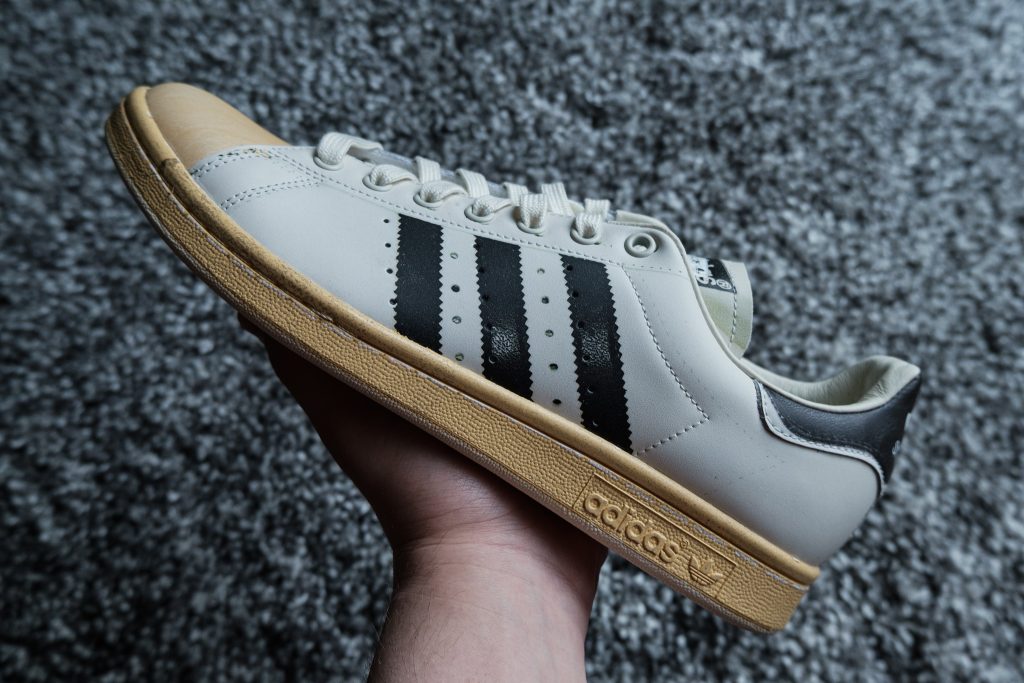 To fully understand the weight behind this pair of sneakers, we need to take a quick trip back to 2019.

It’s April 12th and Raf Simons has just dropped his latest collection with the three stripes that sees the Stan Smith, a frequent canvas for the Belgian designer, smothered in a superimposed graphic that allows the silhouette to be transformed into one of five adidas classics. 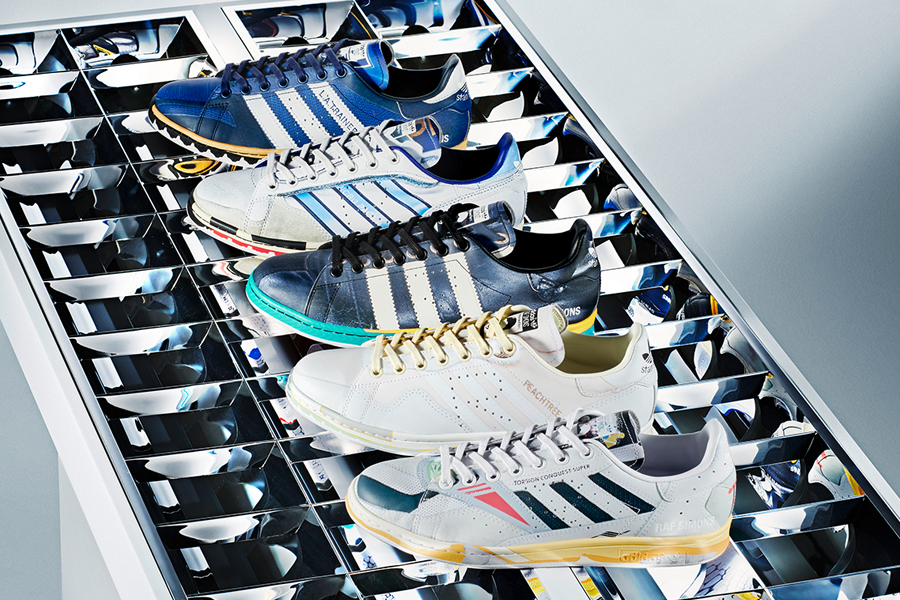 Inspired by the French painting technique “Trompe-l’oeil” (which translates to “deceive the eye”); this collaborative capsule aimed for the sneakers on your feet to look like one pair, but actually be another.

Capping off this design were purposefully aged details that created an archival-style worn-in look.

Although the techniques and story behind the sneakers were interesting and unique, this collaboration didn’t quite do nearly as well as one would expect. The Stan Smith has had a long line of success that has stood the test of time for over 55 years (originally named the Haillet in ’64), but many of these superimposed silhouettes Raf chose didn’t have such staying power. This coupled with the fact that this collaboration, like all of Raf’s other Stan Smith collaborations with adidas, came at a hefty price tag of $280usd; many would pass up the pairs in favour of something else.

Now fast-forwarding back to the present, we have the aforementioned 50th year anniversary of the adidas Superstar. One of the concepts adidas explored in celebration of the silhouette was to use the same design process that Raf utilized a year prior but on three separate silhouettes, including the Stan Smith.

Although this pack nails the concept on all three pairs, no silhouette shined brighter than the Stan Smith. 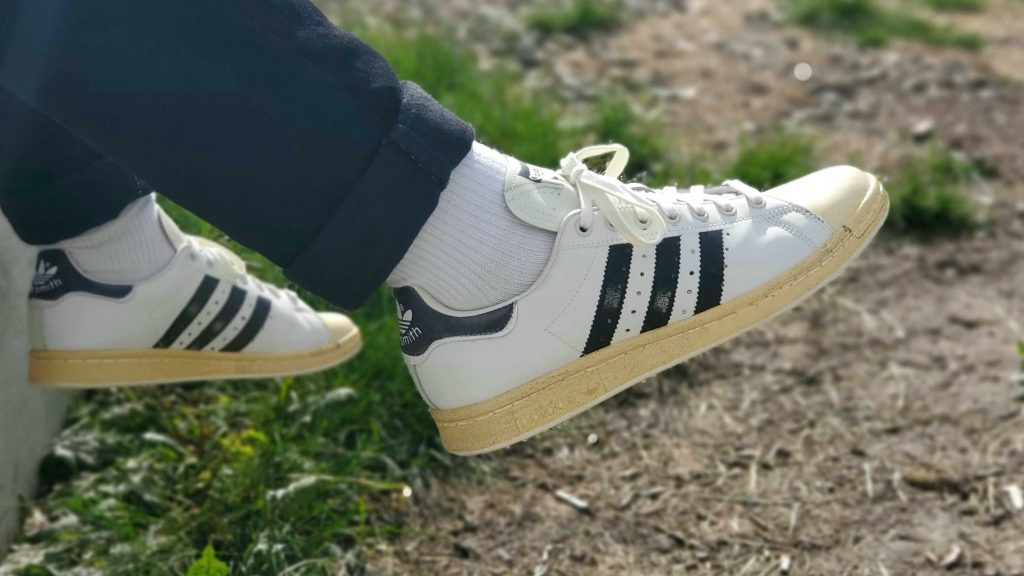 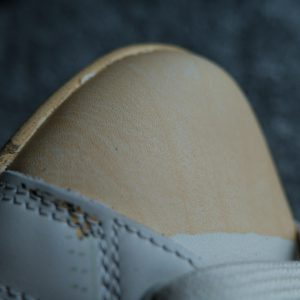 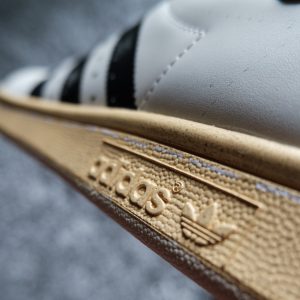 Taking inspiration from an original pair of Superstar’s in their iconic black and white colourway, this pair doubles down on the vintage vibes by giving the sole and mock-shelltoe a yellow-ish finish to imitate years of rubber oxidation.

Rounding off the midsole treatment are printed on “stitches” where the Superstar sole would be sown into the upper.

These details and treatments are easily some of the most eyecatching parts of the shoe, and after normal wear and tear, they are sure to only look better. 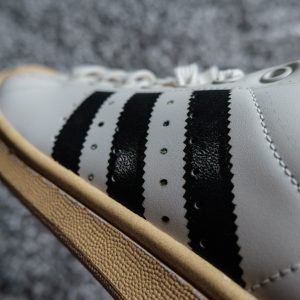 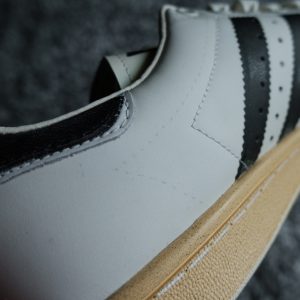 Taking a closer look at the sides, we see a faded and worn in three-stripe print with fake perforations hidden among the functional ones. In all honesty, the fake perforations are so convincing it’s hard to spot the real ones sometimes.

Although the leather quality on the pair isn’t anything to write home about (it isn’t it’s more premium Raf counterparts after all), it is still very suitable for daily wear just like a traditional Stan Smith. 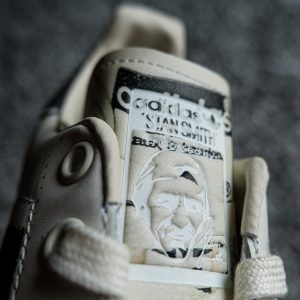 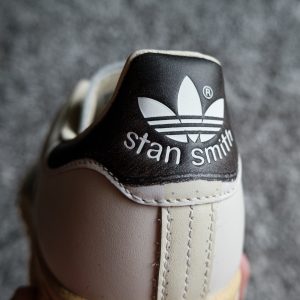 While the pair pays tribute to the Superstar, the Stan Smith branding throughout doesn’t take a backseat.

On the tongue, we see Stans face debossed in white over top the superimposed Superstar tongue and peeking out the sides are printed Superstar eyelets.

Quite possibly the most normal part of the whole pair, the rear Stan Smith + Trefoil logo is debossed in white over a very lightly faded Superstar heeltab print. 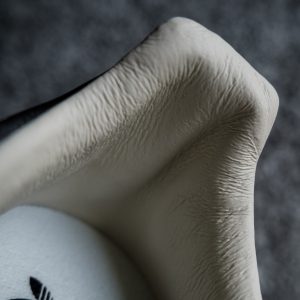 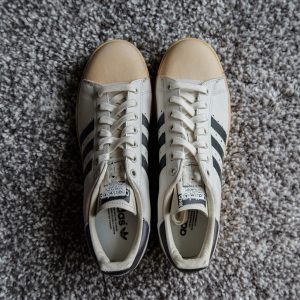 While this pair has flown right under the radar for many sneaker-enthusiasts, quite like the very-similar Raf Simons release, we hope to bring it into the spotlight for those looking for a vintage-inspired pair that will elevate your fits for years to come.

If you’re a fan, you can thankfully still grab your pair from adidas.com and adidas.ca in remaining sizes for $110usd and $140cad, respectfully.

Buy now from adidas US here