From Calgary, Canada, he’s the Don of the drops, the king of the cops, the Supreme superhuman, the Palace perfectionist, and the baron of New Balance. Checks over Stripes, that’s what he likes. His name is Chase, and he has a sneaker problem.

How long have you been collecting sneakers?

How many pairs do you currently have in your closet?

I’m afraid to count… I think it’s in the neighborhood of 250 pairs including soccer, golf, and basketball shoes.

How long have you been a member?

What is the oldest sneaker in your collection?

Nike SB Dunk Low “Neptune.” Got them back when you could still walk into a store, and get a pair of Dunks right off the wall! 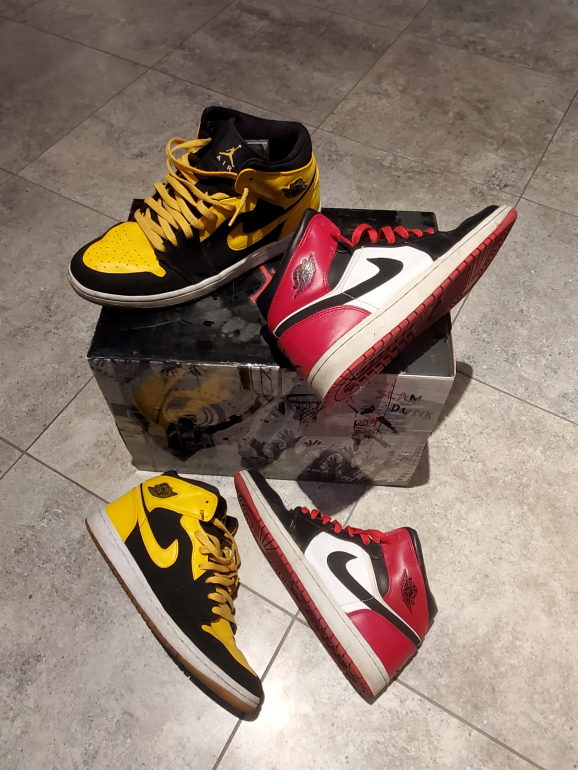 What’s the sneaker that got you hooked?

Air Jordan 1 Old Love New Love “Beginning Moments Pack.” My dad bought these for me from some hole-in-the-wall sporting goods store, totally reminiscent of the inspiration behind the recent “Lost & Found” 1s. I was 16 years old, and I didn’t have any retro Jordans. I remember being floored at how big the box was since there were two pairs in there – red/black/white, and black/yellow. I wore both pairs into the ground, and still have them to this day, I don’t think I could ever part with them!

I had a legendary run when SNKRS CA launched in late 2019. These were some of the standouts: Travis Scott x Air Jordan 6 “Olive,” Nike Fear of God 1s, Travis Scott x Nike Air Force 1 “Cactus Jack,” and the OFF-WHITE x Nike Dunk “University Red”. It didn’t take long for the bots to begin eating up all of the stock leading into the early months of 2020, but I was convinced I had cracked the code!

What’s “the one that got away” for you?

The Comme Des Garçons x Nike Air Force 1 Mid “White.” This one stings because there were so many other big releases around the time these dropped, and they were a pretty attainable pair, even for the most casual sneakerhead. I distinctly recall discussing these with one of my good friends, who word for word said “we don’t need them.” As soon as a certain Canadian rapper from Toronto started flexing them on Instagram, as well as popping up on numerous moodboard pages, it was impossible to find a pair, and secondary market prices went through the roof!

What are five sneakers every person should have? 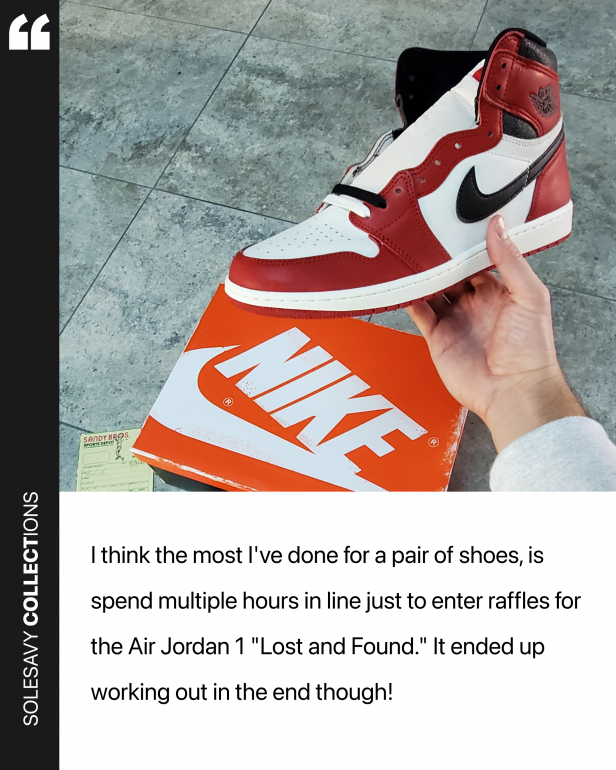 What’s a sneaker in your collection that always gets looks/compliments when you wear them?

I probably sound like such a “Nikehead” by now, but the one shoe that ALWAYS gets looks and compliments would have to be my pair of OFF-WHITE x Nike Prestos from “The Ten.” I was blessed in 2017 with a pair as a gift (which was somehow secured for retail), and I think I had to pick my jaw up off the floor when I opened them on Christmas Day. Even 5 years later, they still look great and go with so many things I wear on a regular basis.

What’s the most you’ve done for a pair of shoes?

Besides anticipating, and staking out skate shops for First Come First Serve Nike SB Dunk releases, in recent memory, I think the most I’ve done for a pair of shoes, is spend multiple hours in line just to enter raffles for the Jordan Retro 1 “Lost and Found.” Not even to purchase, but to enter my name for a chance at buying the shoe… Wild times. It ended up working out in the end though, big shout out to Champs for the W! 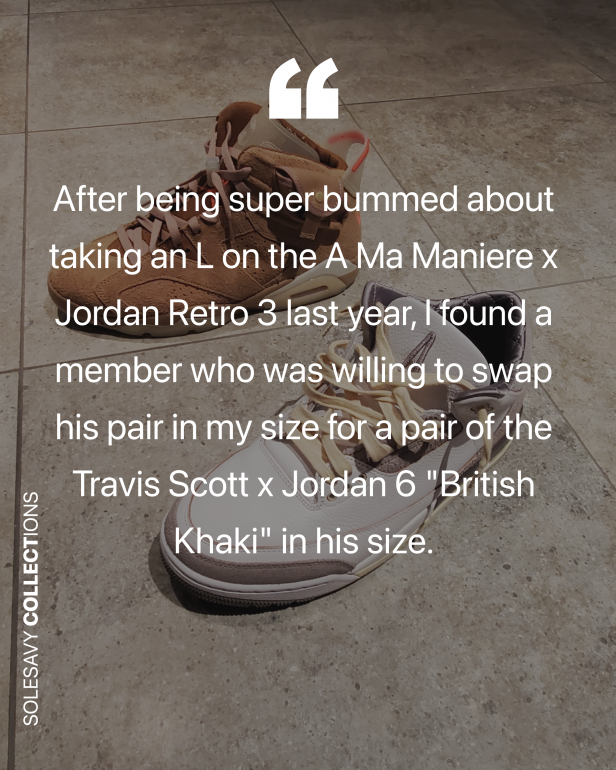 My best sneaker trade was one I manifested, and it occurred through the SoleSavy community. After being super bummed about taking an L on the A Ma Maniere x Jordan Retro 3 last year, I found a member who was willing to swap his pair in my size for a pair of the Travis Scott x Jordan 6 “British Khaki” in his size… The only problem was that I didn’t actually have the British Khakis. The Sneaker Gods must’ve heard my prayer, because I was able to secure a pair on SNKRS CA, and the rest is history!

Is there a pair in your collection that always gets slept on?

This is so hard, and I love this question, but I have to choose the Two18 x Jordan 2 Lows. The storytelling, details, and quality on these are some of the best I’ve seen on a shoe in recent memory, and highly recommend picking up a pair if you see your size anywhere. They’re also the type of shoe that you can dress up or down depending on your fit. How they sat on shelves is beyond me!

What pairs do you have for sale or trade on COLLECT right now? 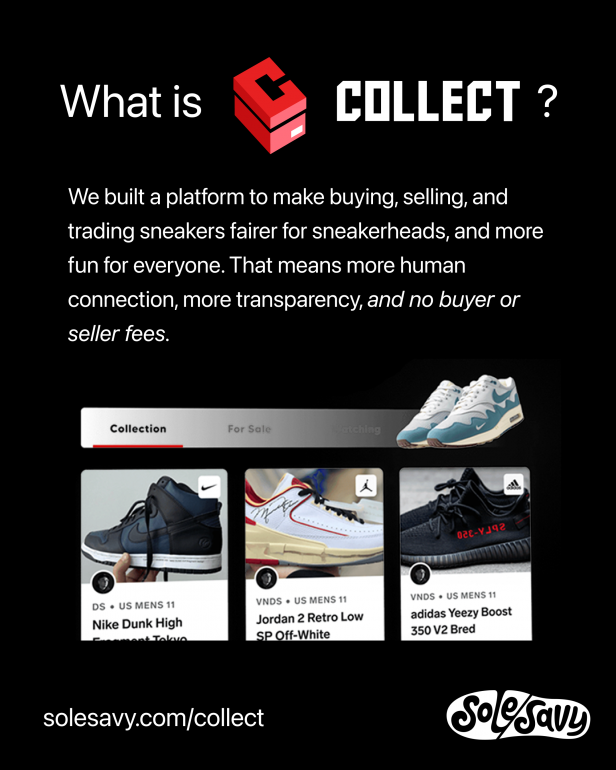 What pairs are you currently watching / what will be your next pick-up?

How do you think the sneaker game has changed since you started collecting?

Since I started collecting, I think the biggest change that we’ve seen in the sneaker game, is the access to information. Whether it’s on social media, Discord servers, or even word of mouth, there is so much intel at our fingertips compared to even 5 years ago. With that being said, now that there are communities like SoleSavy, and marketplaces like COLLECT, it’s never been easier to secure sneakers you may have missed out on! 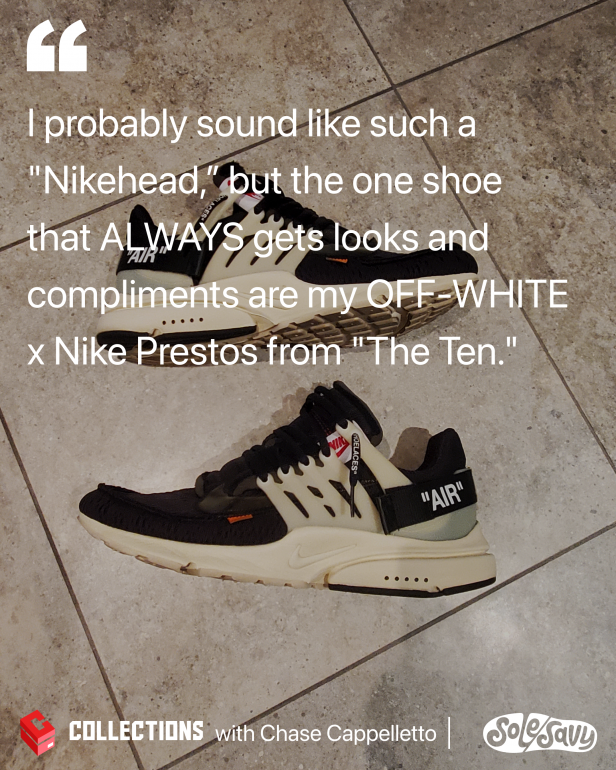 What is your biggest frustration with sneakers as a whole right now?

Right now, because of the increased access to information, it has unfortunately led to a massive influx of resellers flocking to the sneaker world to try and make a quick buck. It’s frustrating for people, myself included, who truly love a shoe, and can’t even buy it, and ultimately have to end up paying a premium. That’s not what this hobby should be about, and that’s the main reason I joined SoleSavy in the first place! 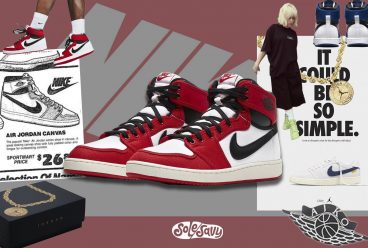 The Air Jordan 1 might be the pinnacle of sneakers. Its storied history, iconic build, and a bevy of colorways ensure a colorway and a… 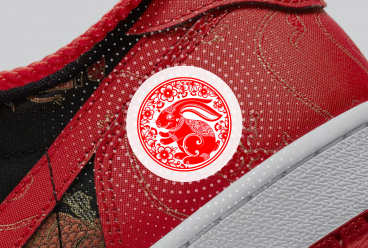 For more than a decade, brands have been joining in the Lunar New Year festivities to celebrate the dawn of a new period. Lunar New… 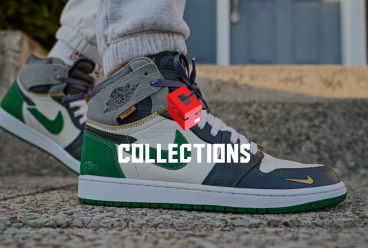 Zachary is a 24-year-old sneaker connoisseur from Hamilton, Ontario. A recent graduate from McMaster University, he has hopes of making strides in the Biotechnology industry.… 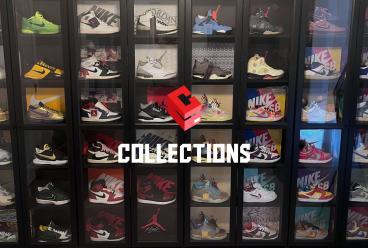 Cam is a 35-year husband and father. An O&G Accountant by trade who truly believes if sneakers are his biggest problem, then he’s doing quite… 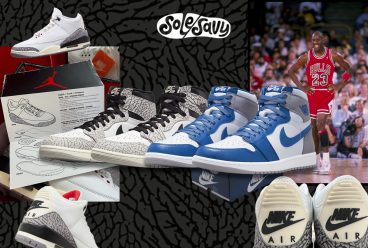 How Jordan Brand is Paying Tribute to the AJ3

Anniversaries for Jordan releases are commonplace at this point. With 37 models in its signature history, Jordan Brand is constantly celebrating a sneaker. This is… 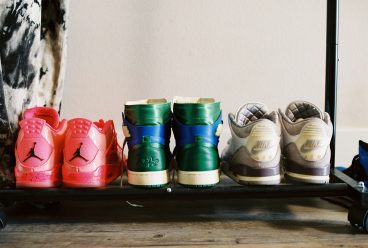 The Growing Business of Being A Women’s Sneaker Content Creator

Any time a Nike collab or women’s only Jordan release approaches, we’re guaranteed to see influencers and content creators – the cool girls of the…