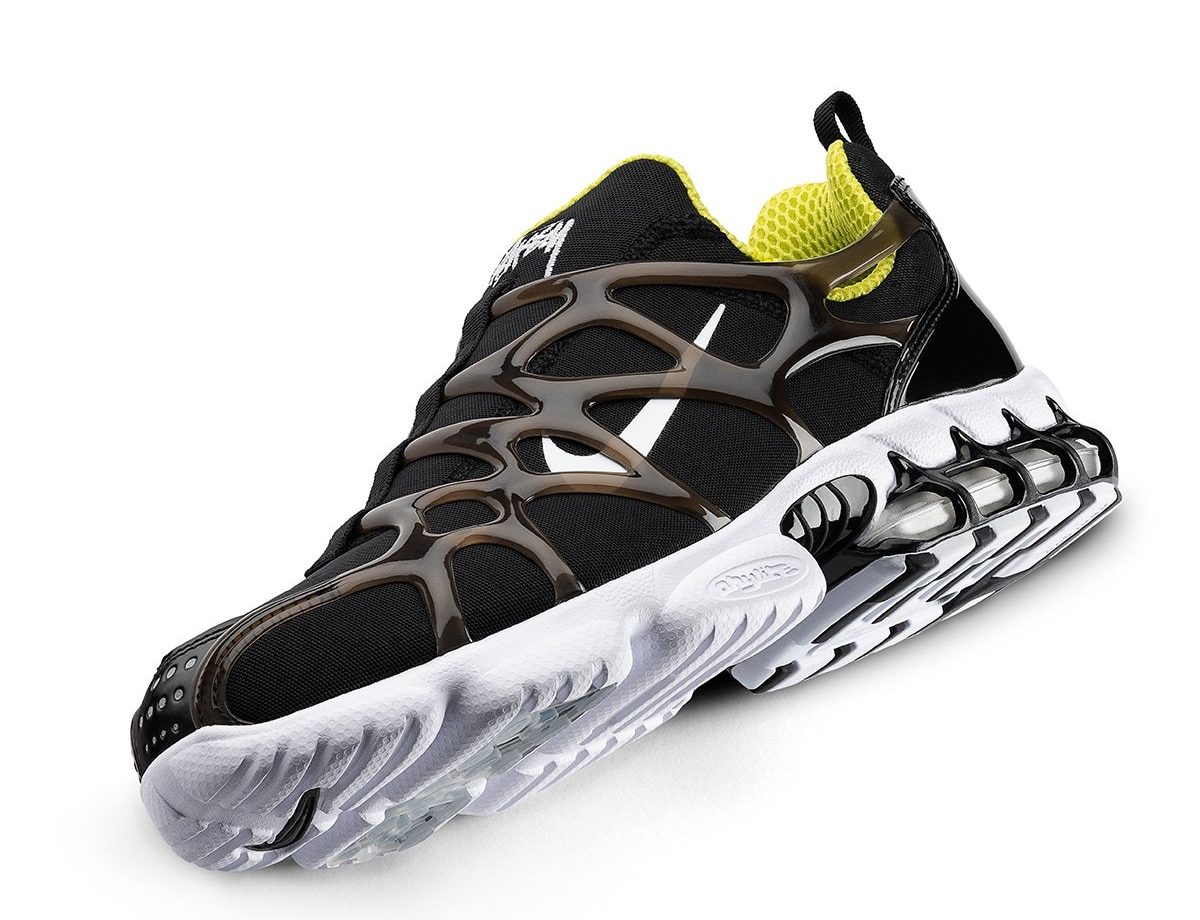 The second collaboration between Nike and Stüssy is set to release later this week on July 24th. Introduced via a stylish, Summer focused lookbook, the partnership will consist of two colorways of the Nike Air Zoom Kuniki alongside a Nike Benassi Slide and an apparel capsule.

The main attraction of this collection has to be the co-branded Air Zoom Kukini, a slimmer, shoelace-free version of the brand’s earlier Spiridon Caged 2 collaboration. The shoe arrives in two colorways: Black/Volt and White/Red.The lightweight textile and mesh upper of the shoe are accented by a semi-translucent plastic webbing that encompasses the entirety of the upper. This tonal webbing is a close relative to the caging found on the brand’s last collaboration but with a more minimalist touch. The tongues feature the signature Stüssy logo in either White or Black respectively while the heels feature regular “Nike Air” branding. The laceless construction makes this shoe an easy slip-on, slip-off type of sneaker. The plush, interior mesh lining of each pair is done in Volt Green for the Black pair and a bright Red for the White pair. Both colorways feature White midsoles with Black accents across the heel portion’s exposed Zoom Air units.

Also dropping alongside the shoes are a pair of Volt Green Benassi slides with Nike and Stussy co-branding as well as a Summer-ready apparel line including beach pants, shorts, a tracksuit, bucket hats, and tees. The full collection launches July 25th via select Stüssy locations and their webstore followed a release on Nike SNKRS and affiliated retailers at a later date.

Scroll below for further images.
All photos by Stüssy. 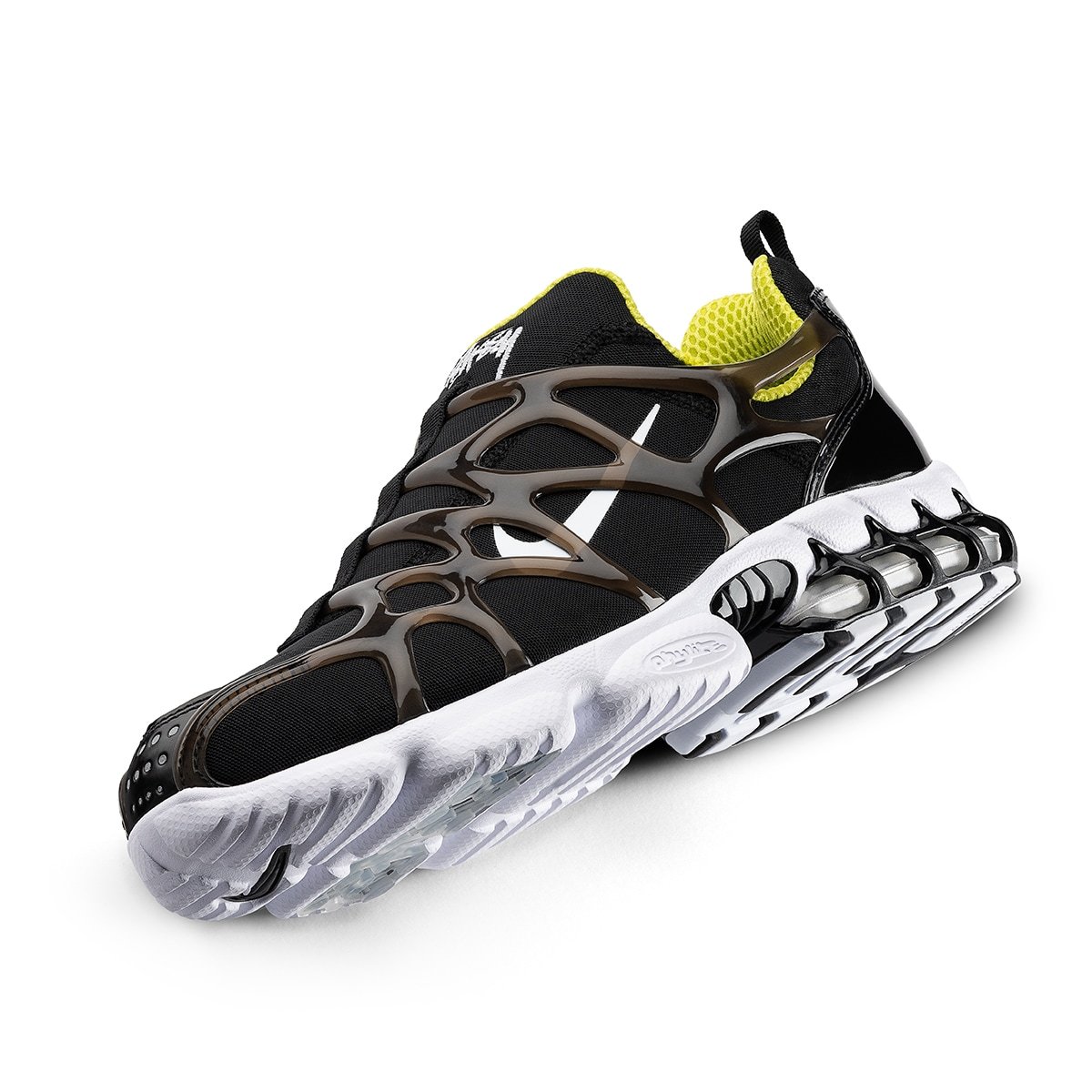 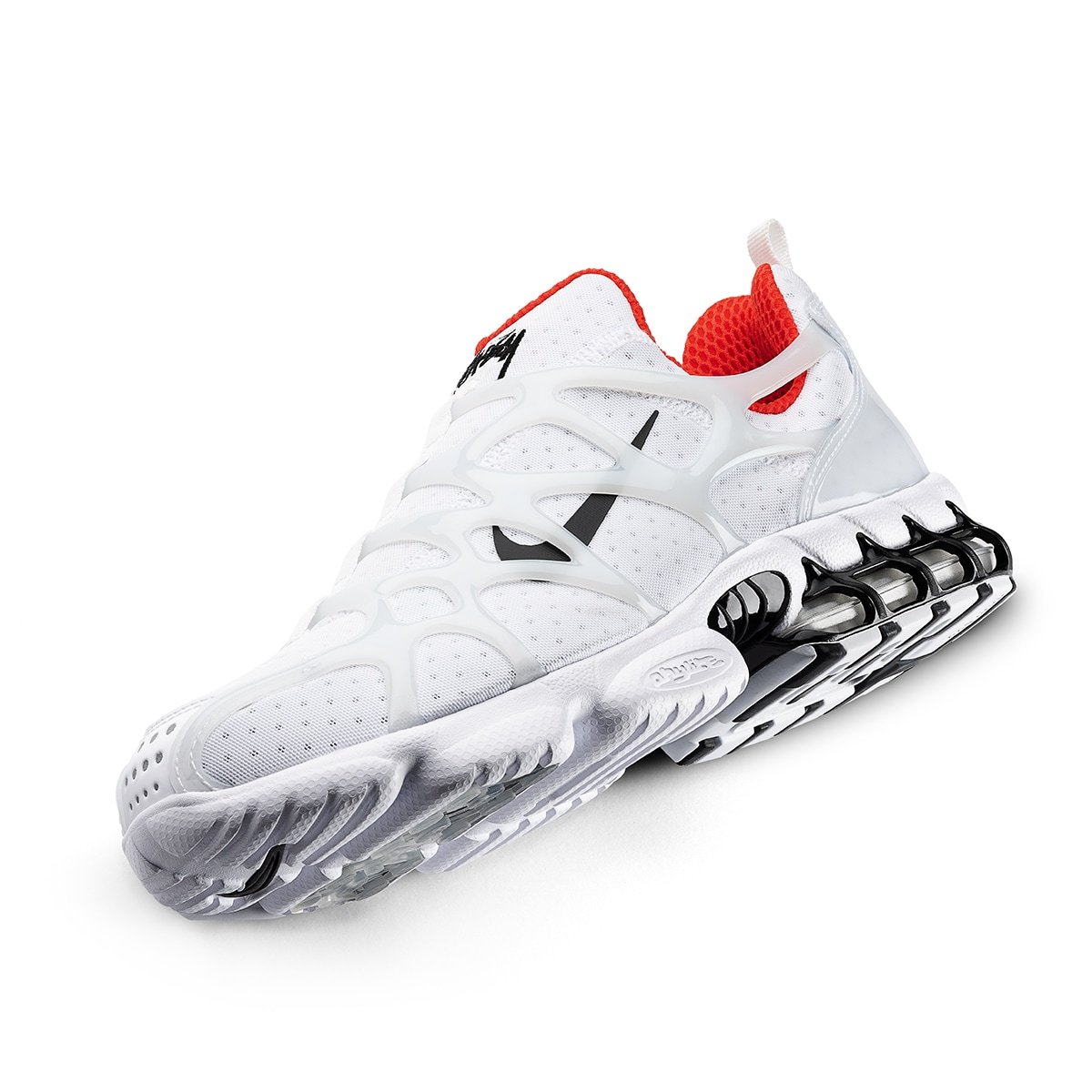 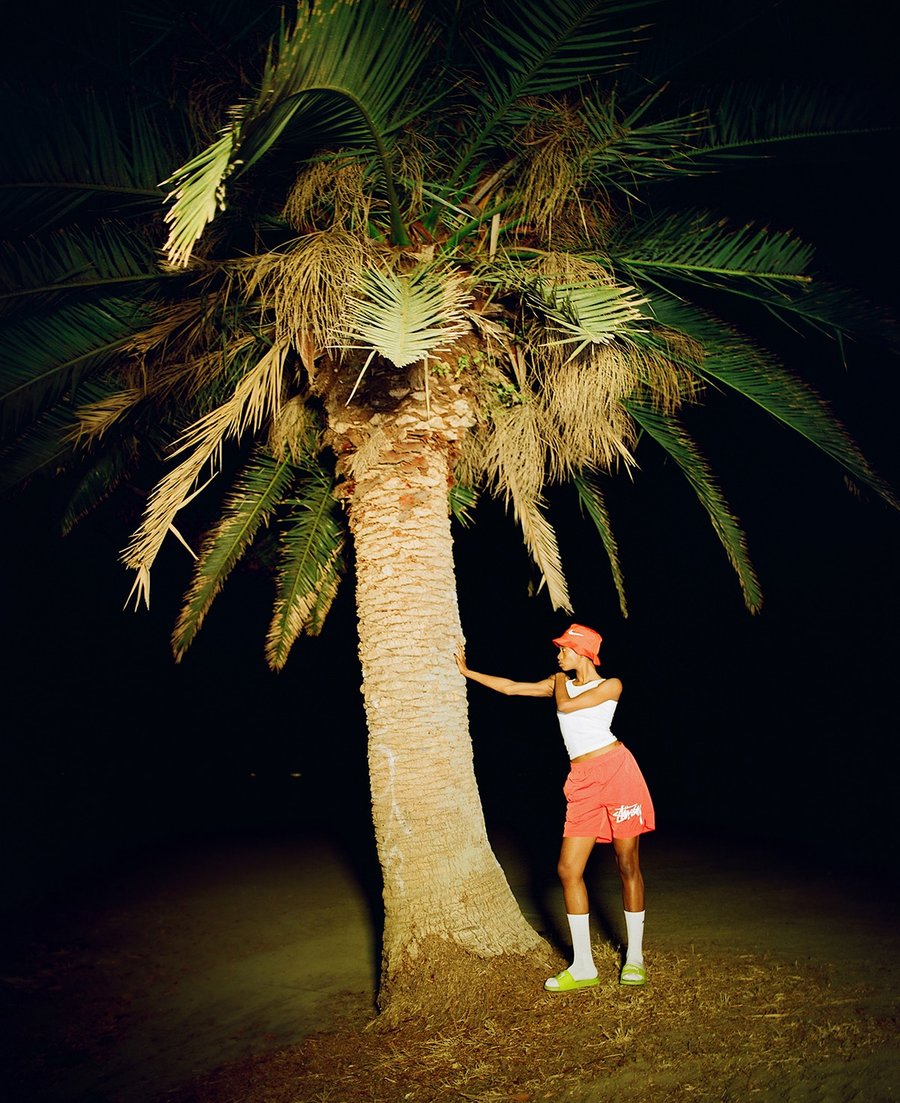 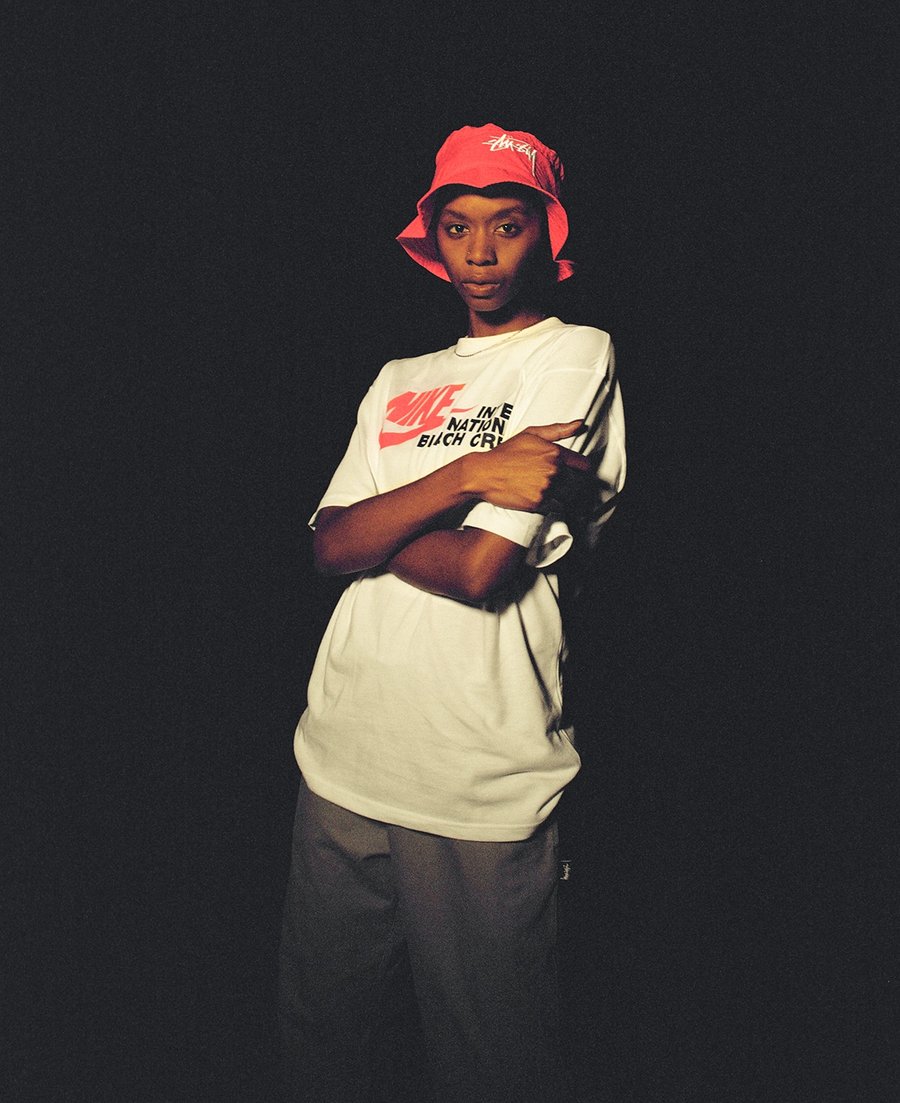 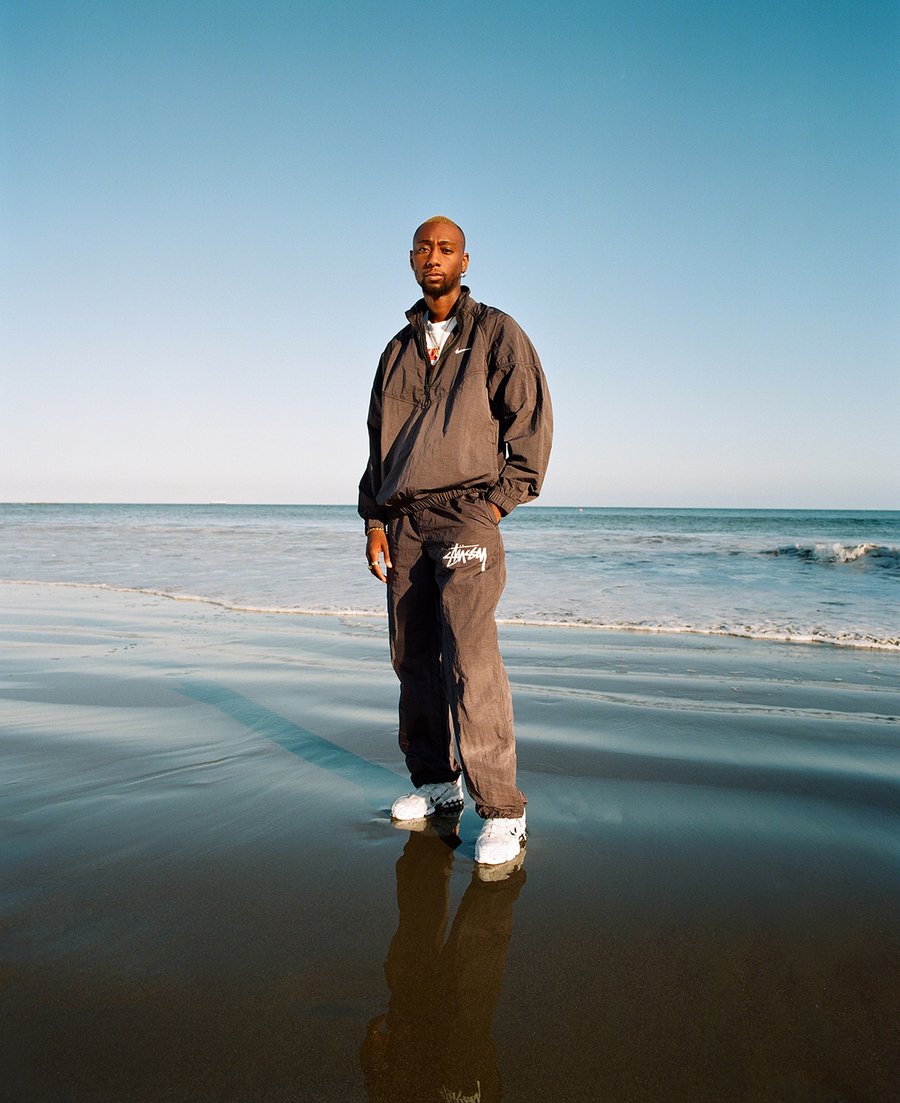 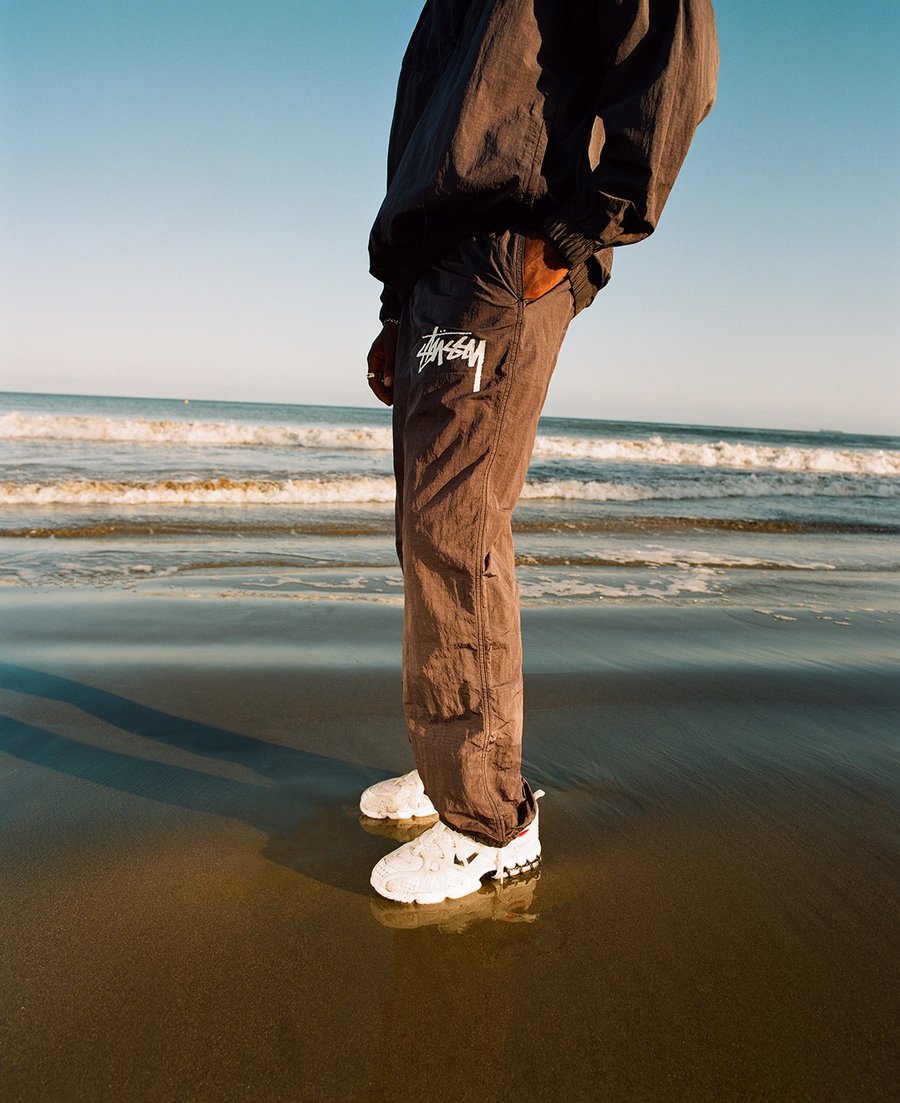 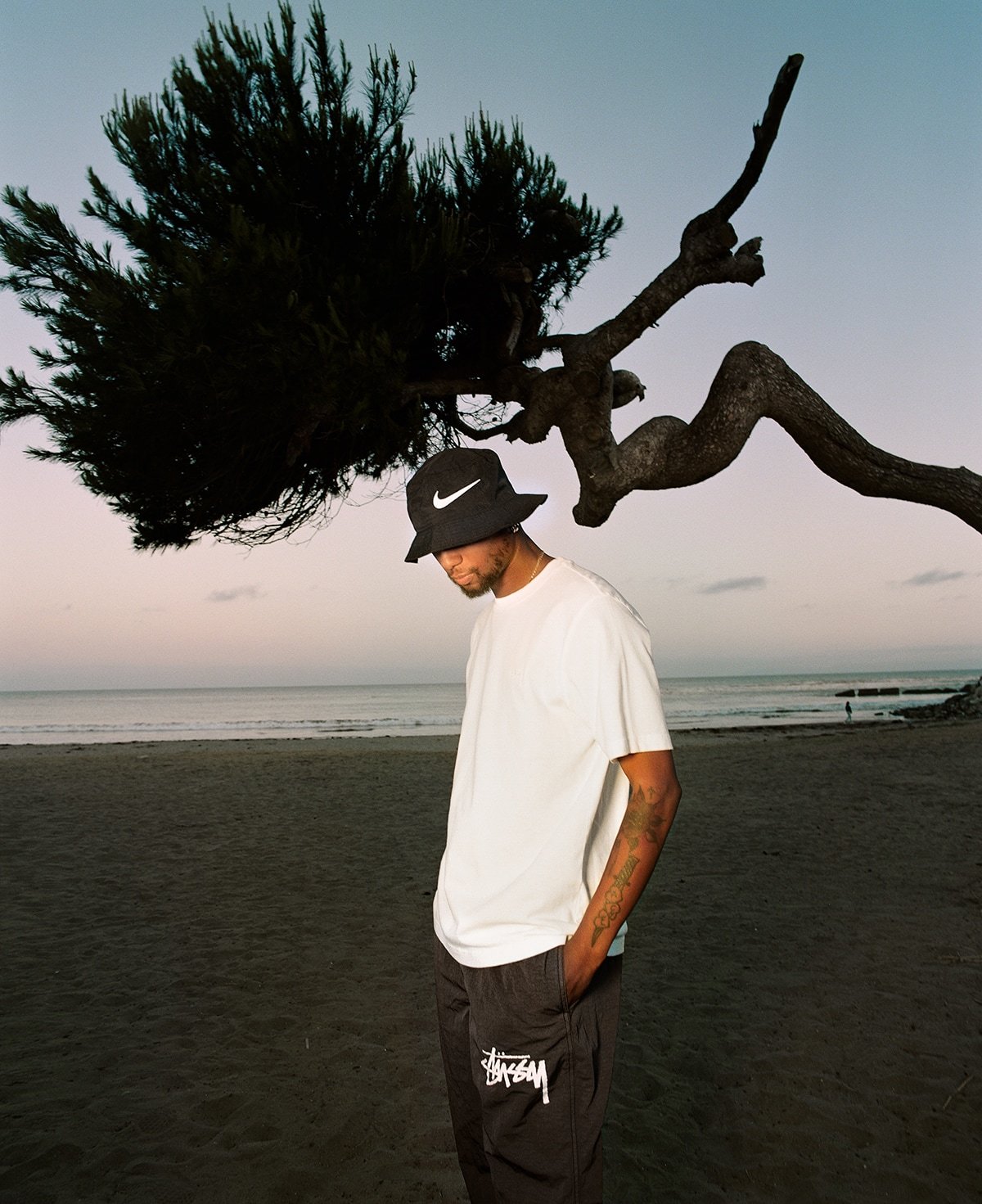 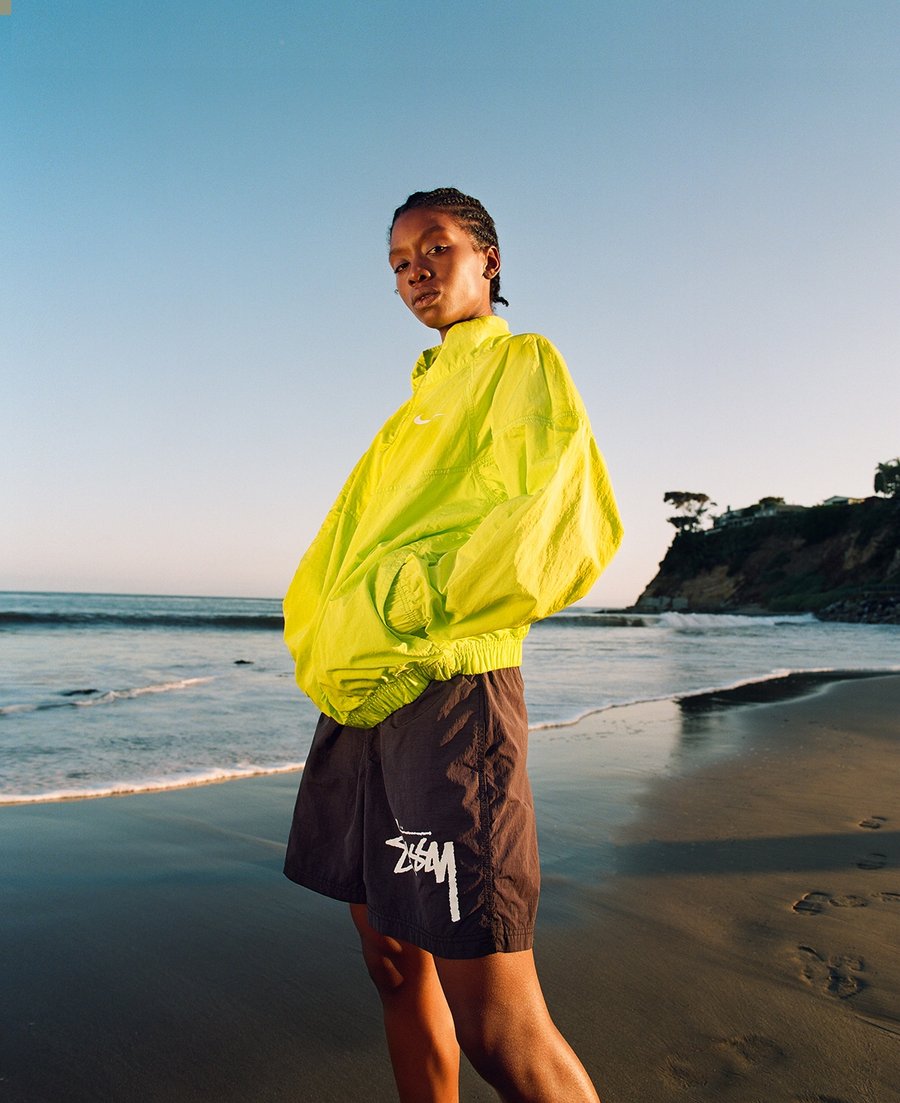 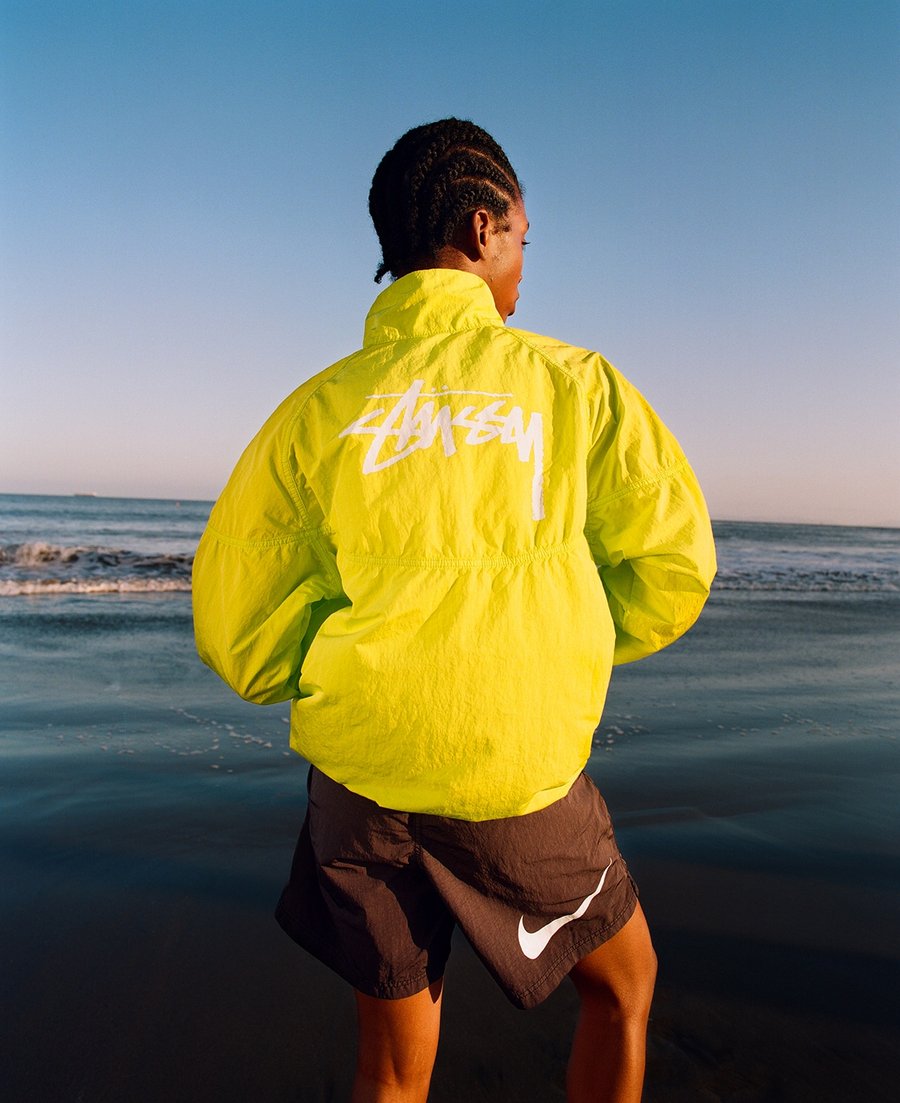 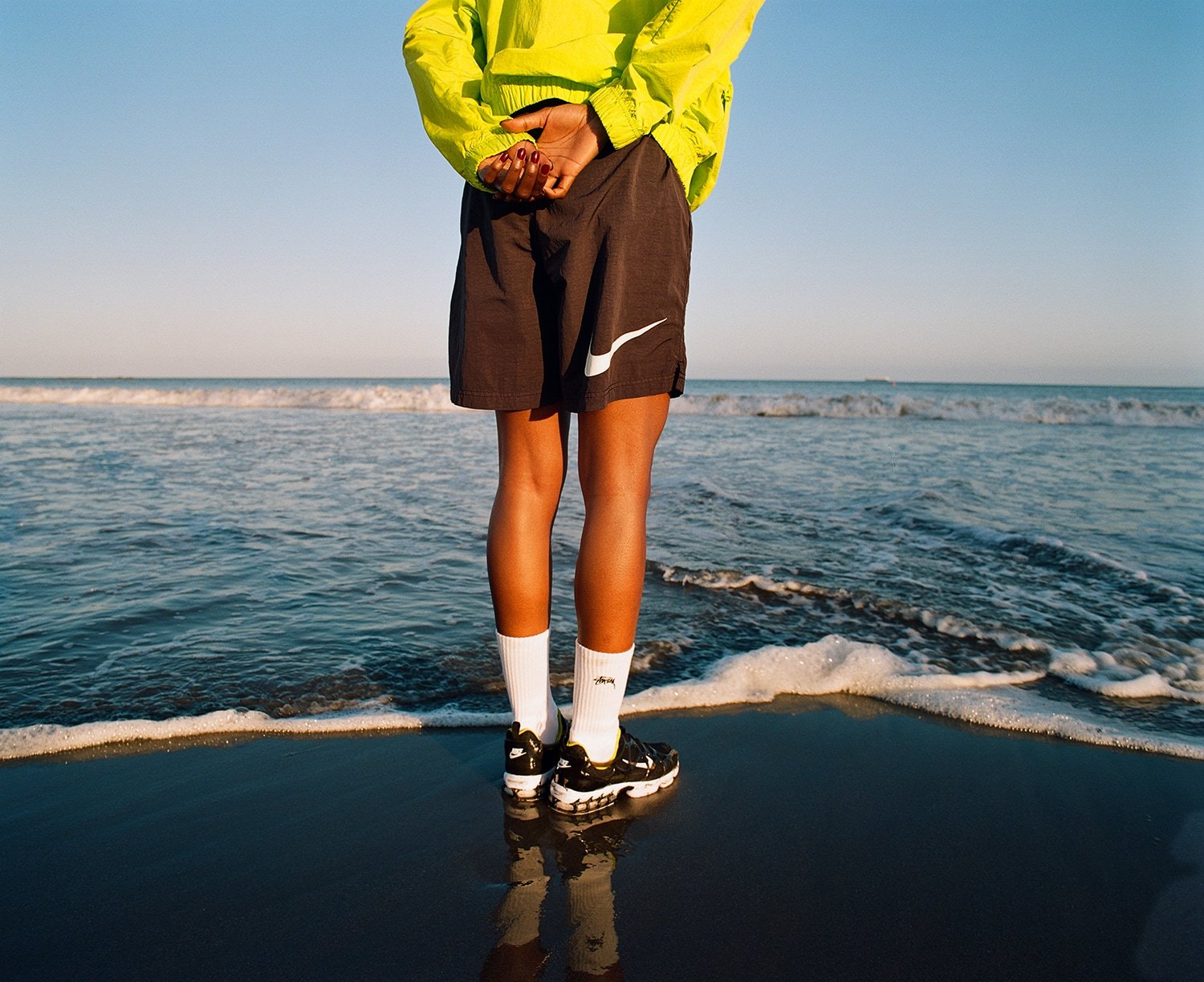