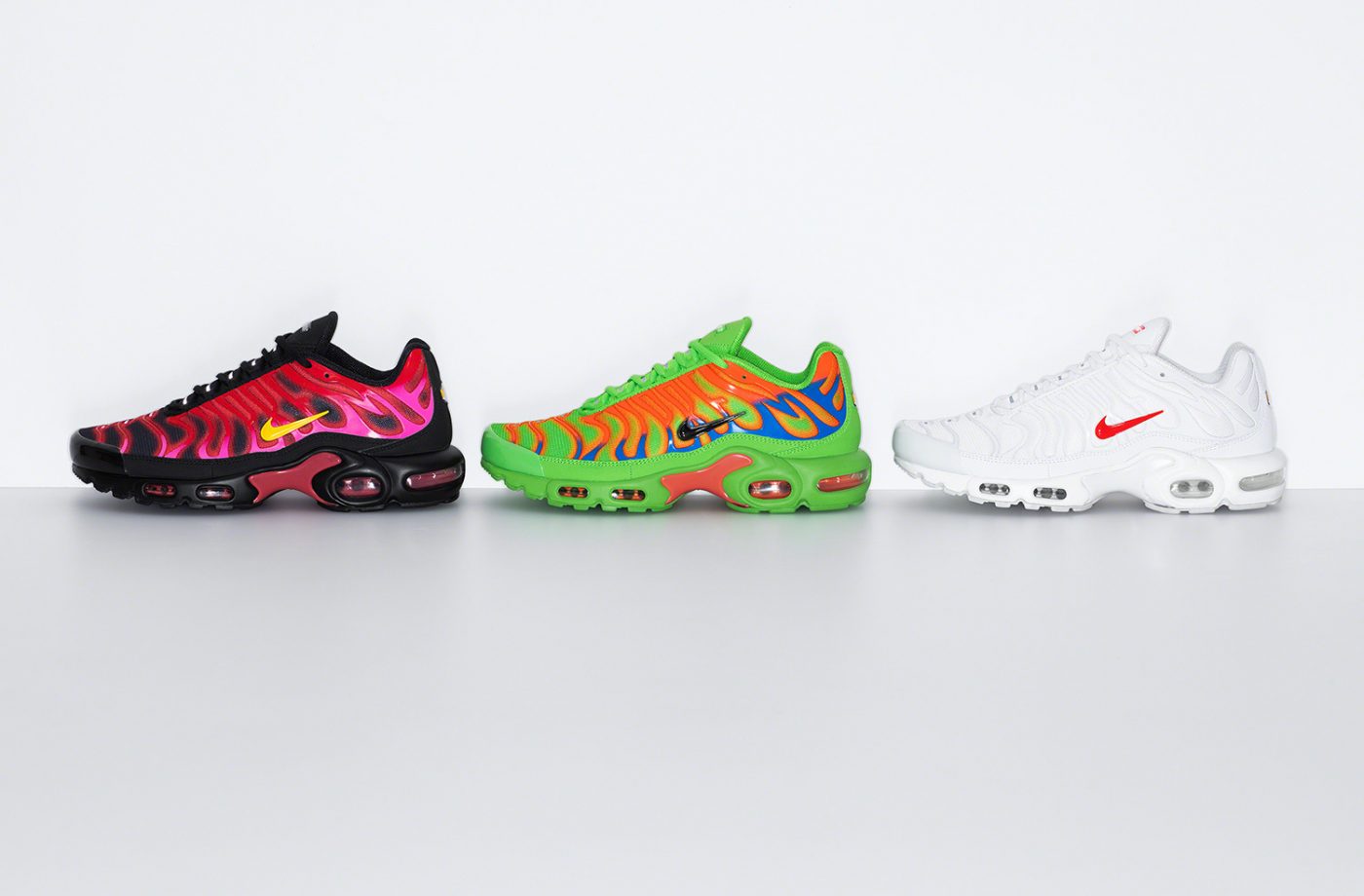 The latest collaboration between Nike and Supreme is set to release this October 15th in the form of three Air Max Plus colorways. Initially leaked earlier this year, the shoe will arrive in two psychedelic colorways consisting of black/red/pink and neon green/blue/orange. A third triple-white colorway will drop later in November. Each shoe features Supreme’s signature logo on the tongue tag and will release alongside matching Nike Air max/Supreme co-branded hats.

Scroll below for further images.
All photos by Supreme. 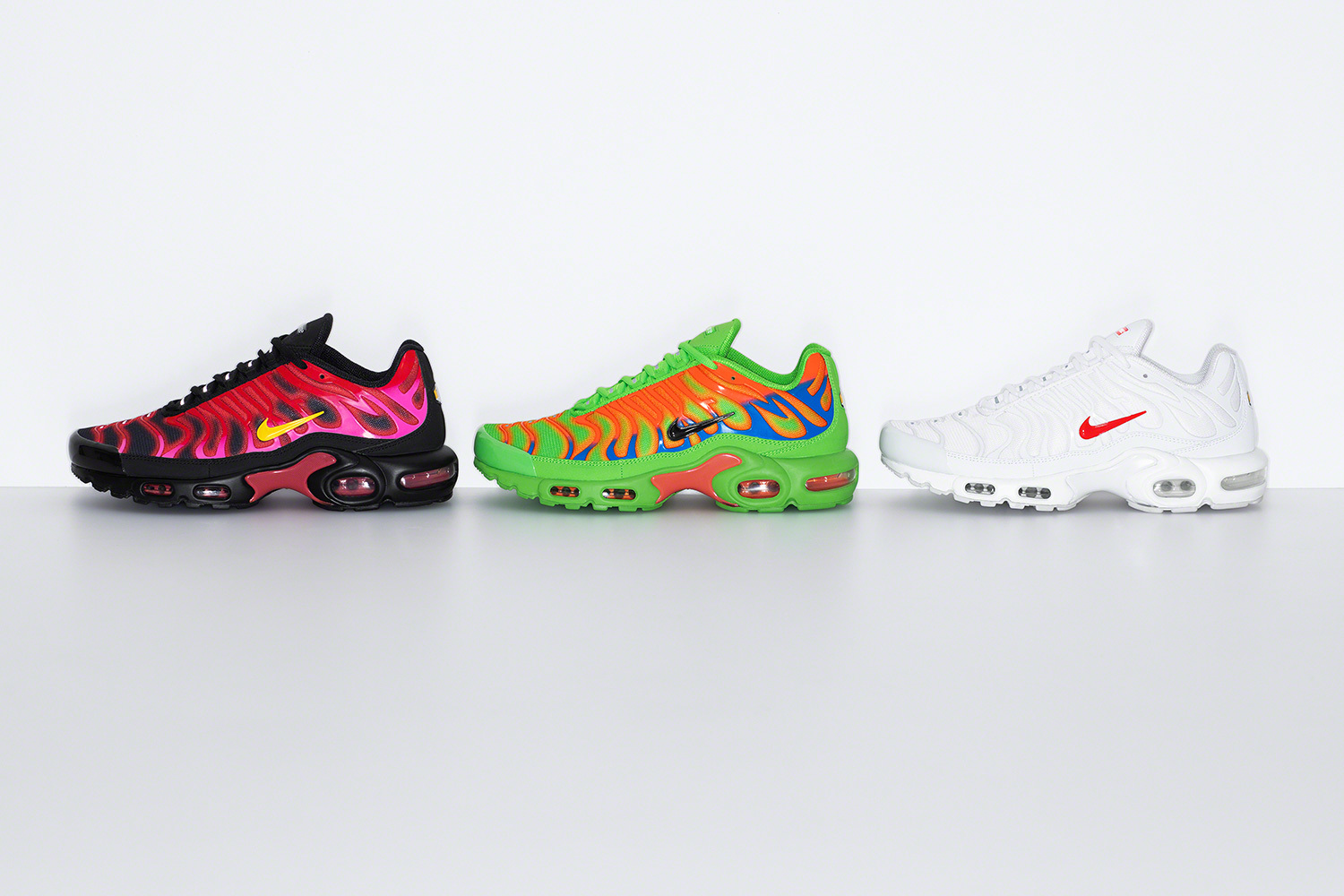 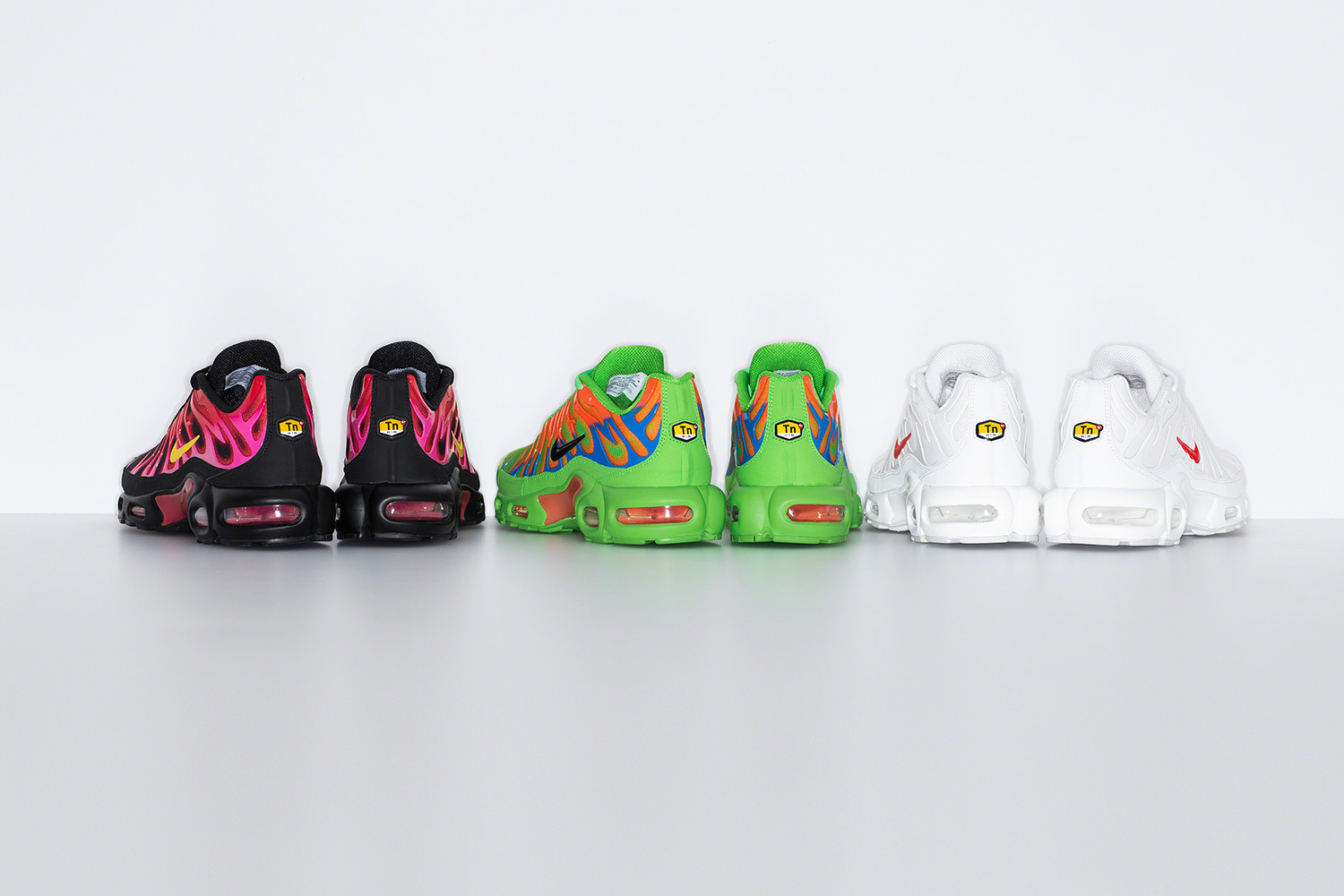 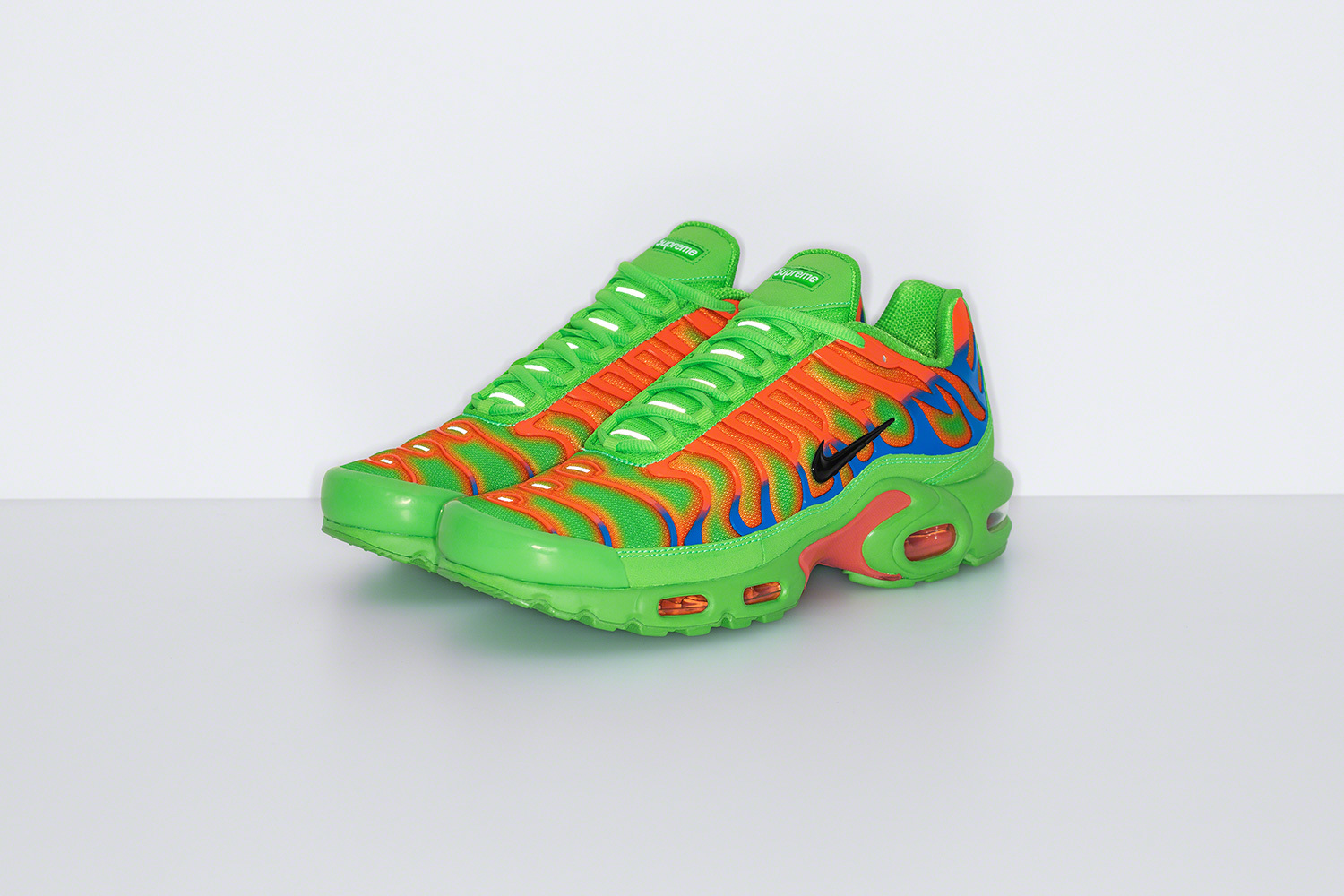 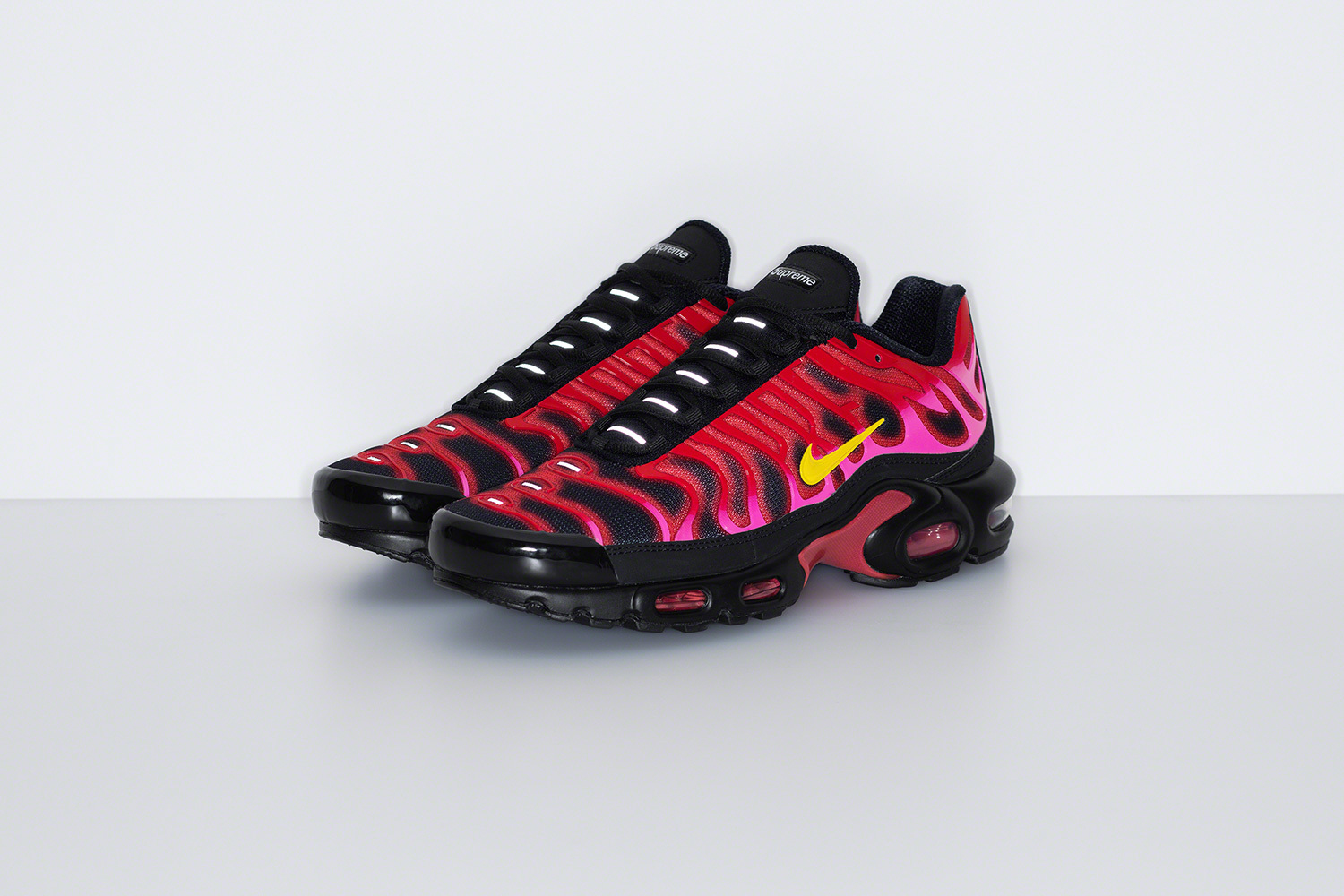 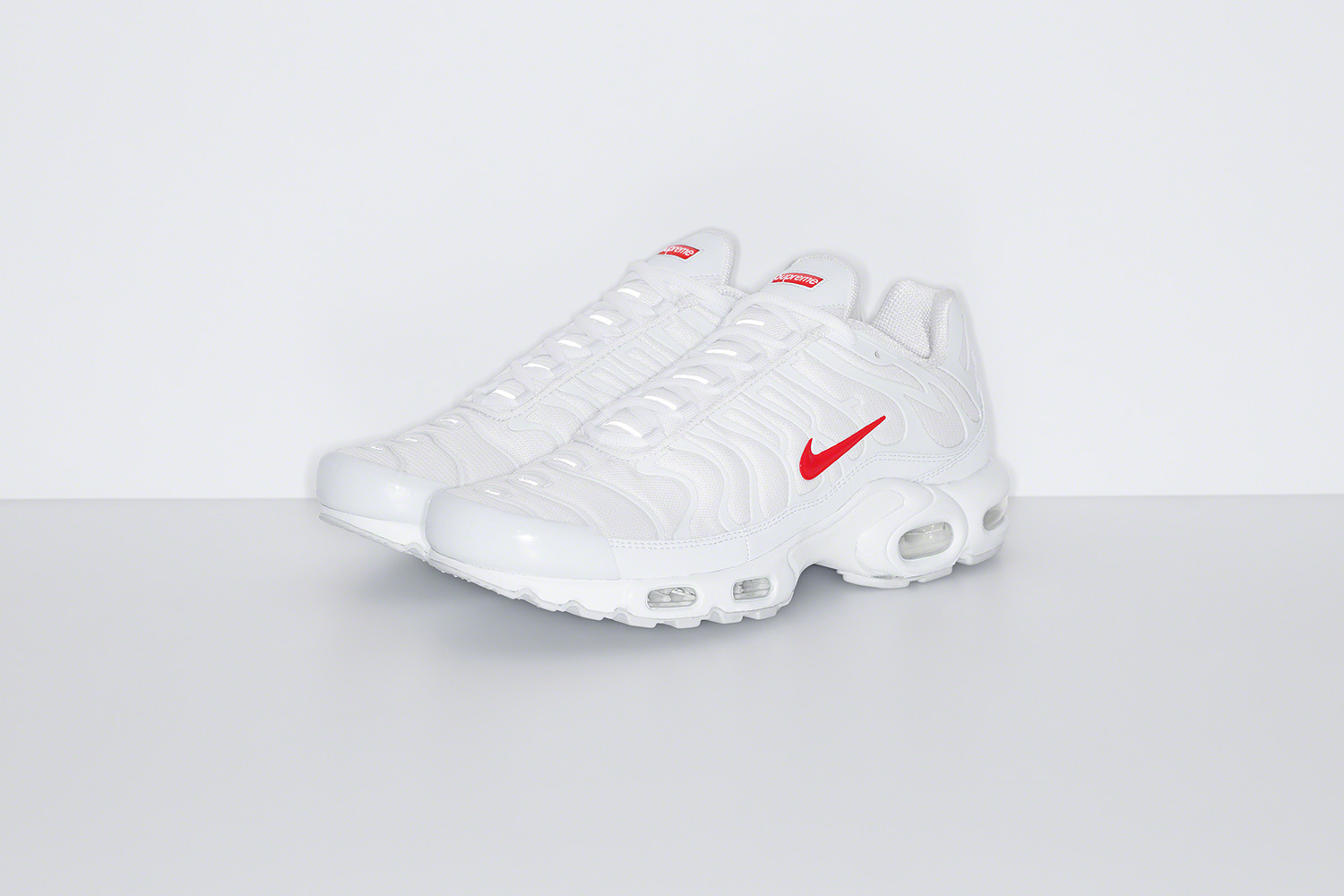 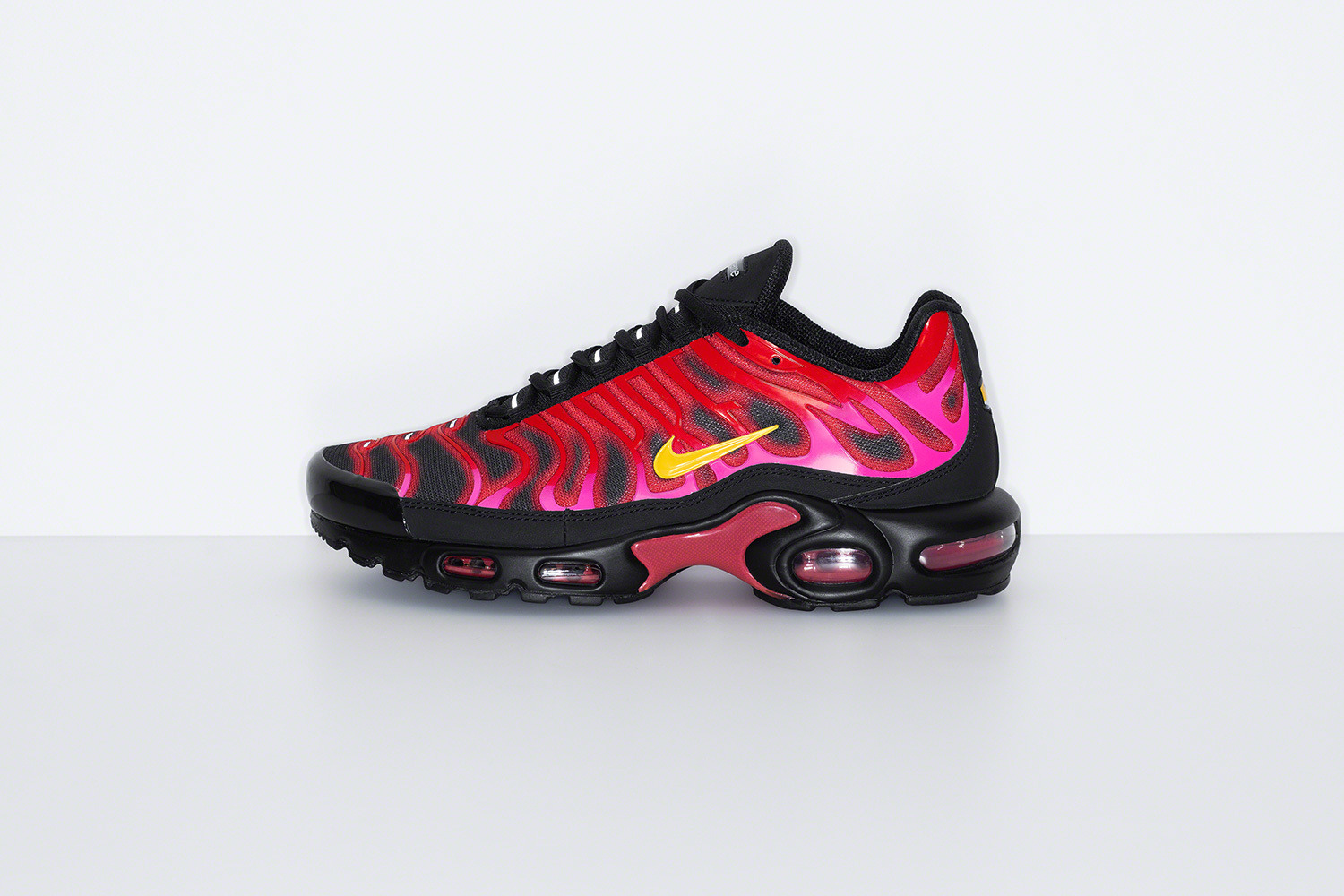 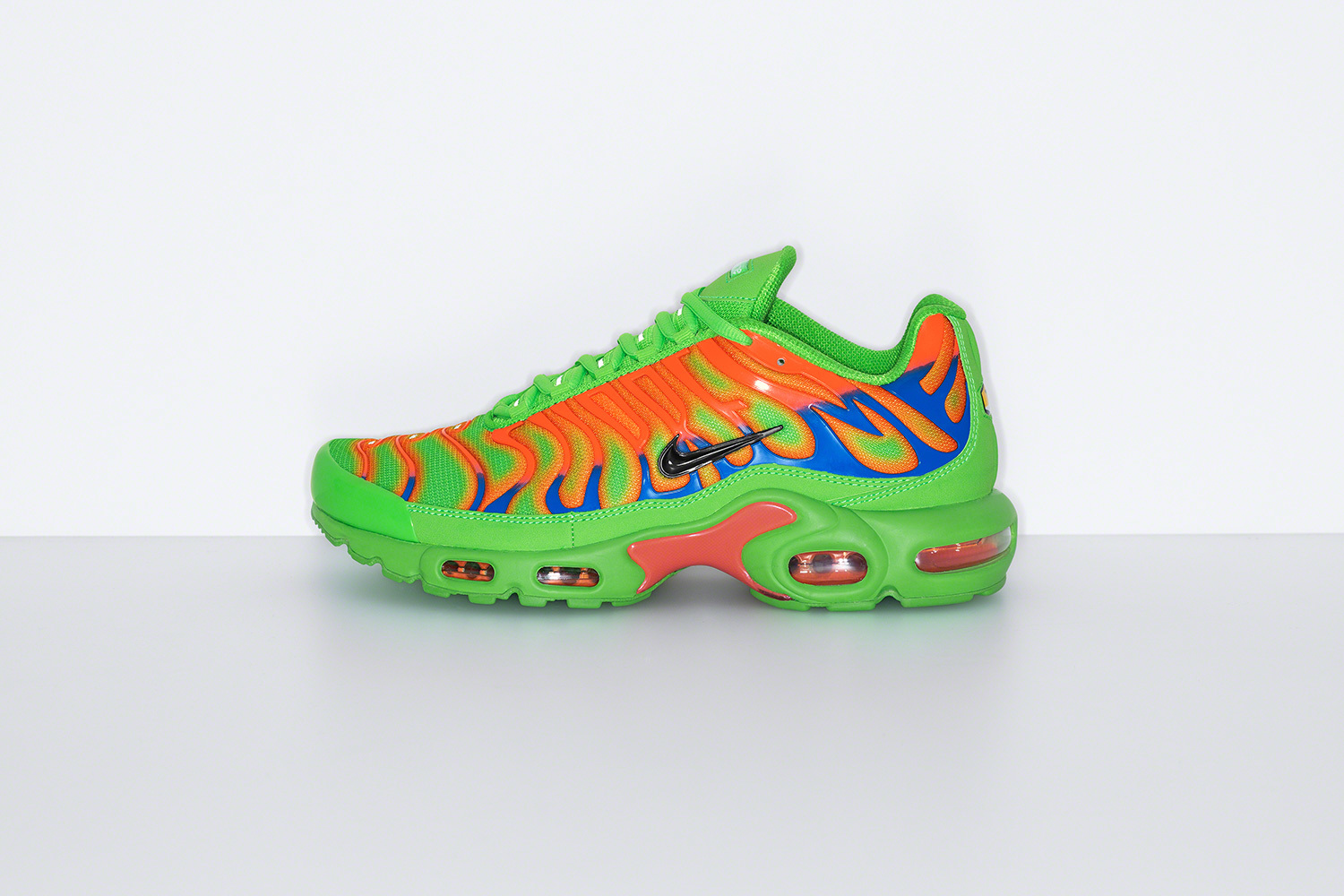 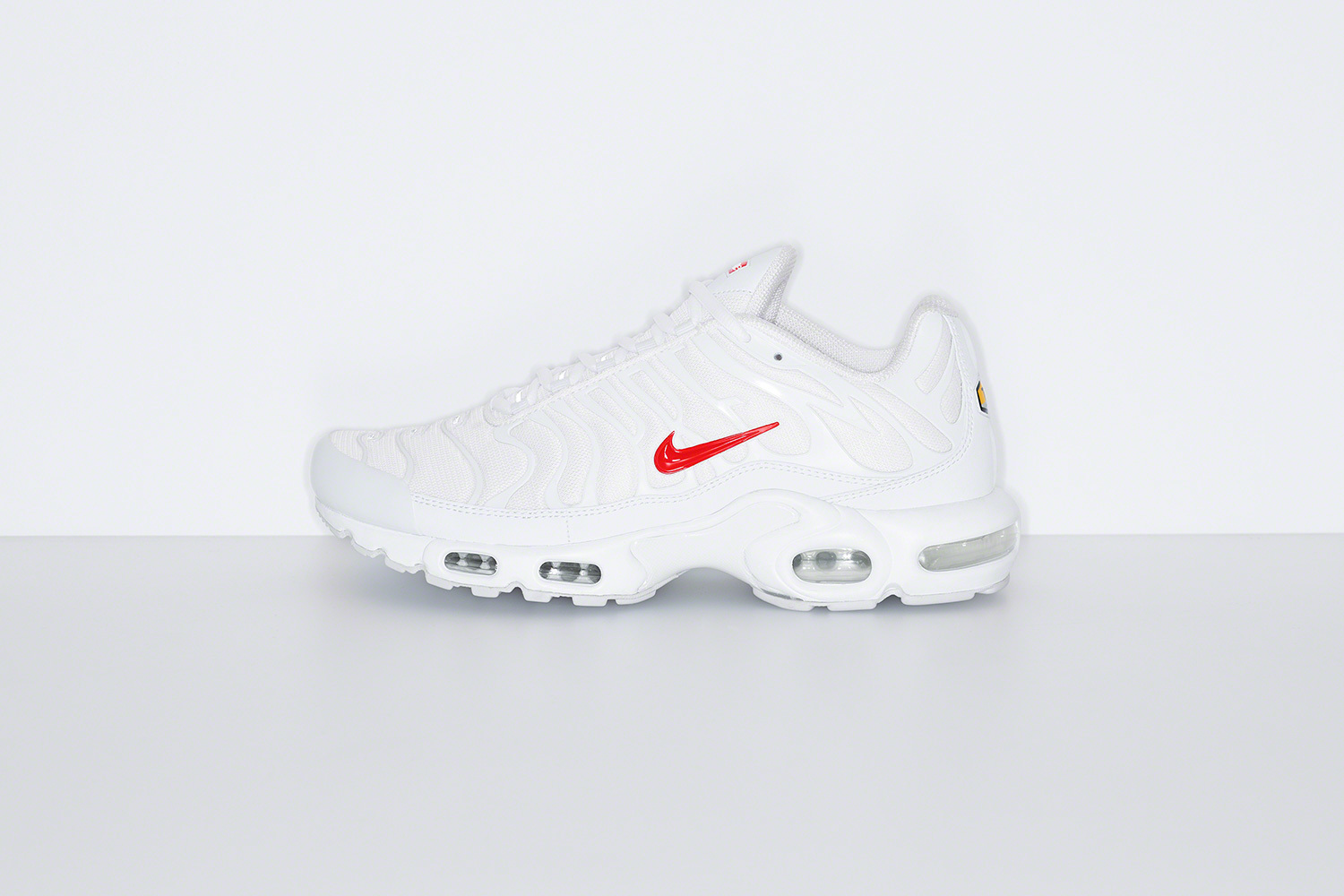 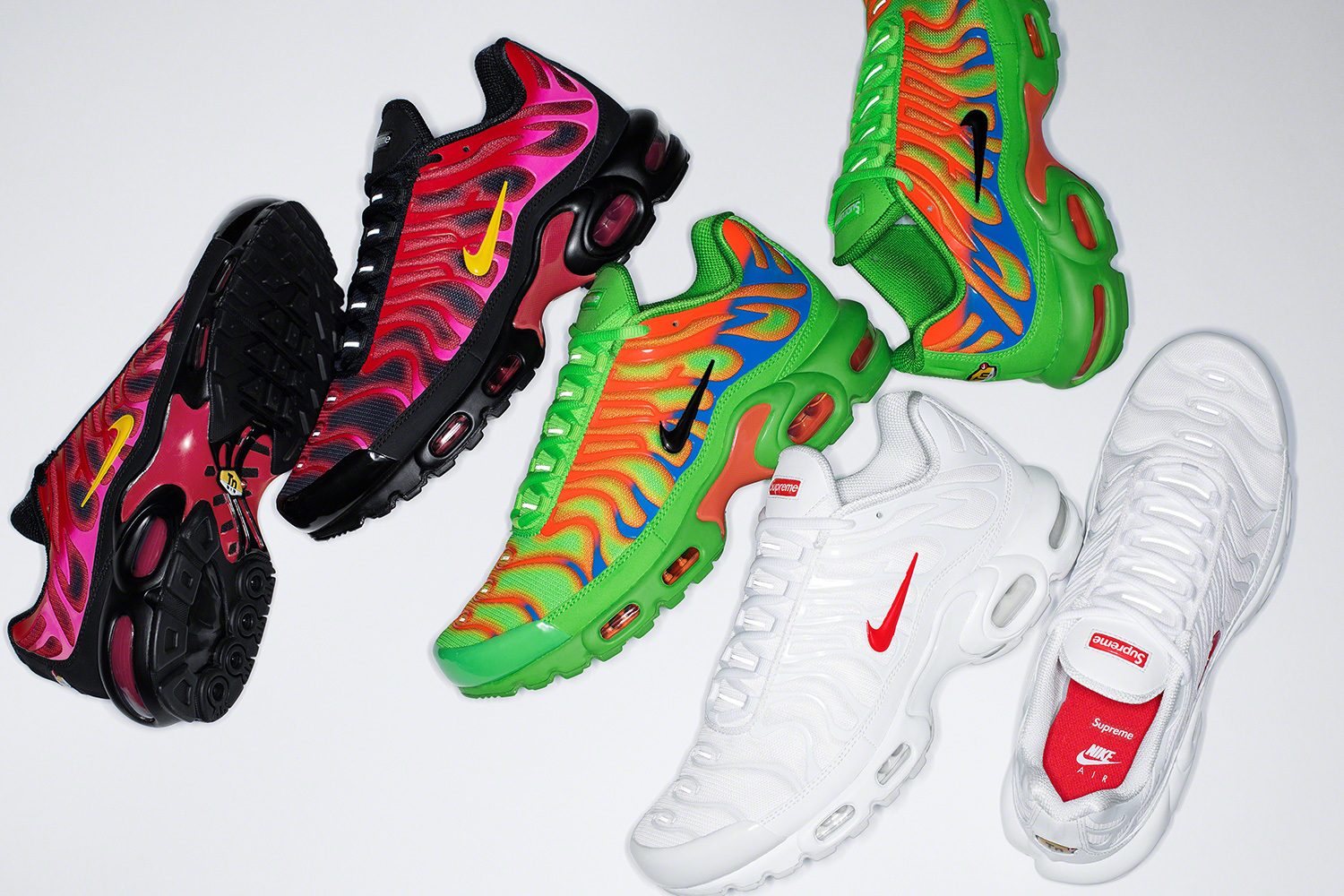 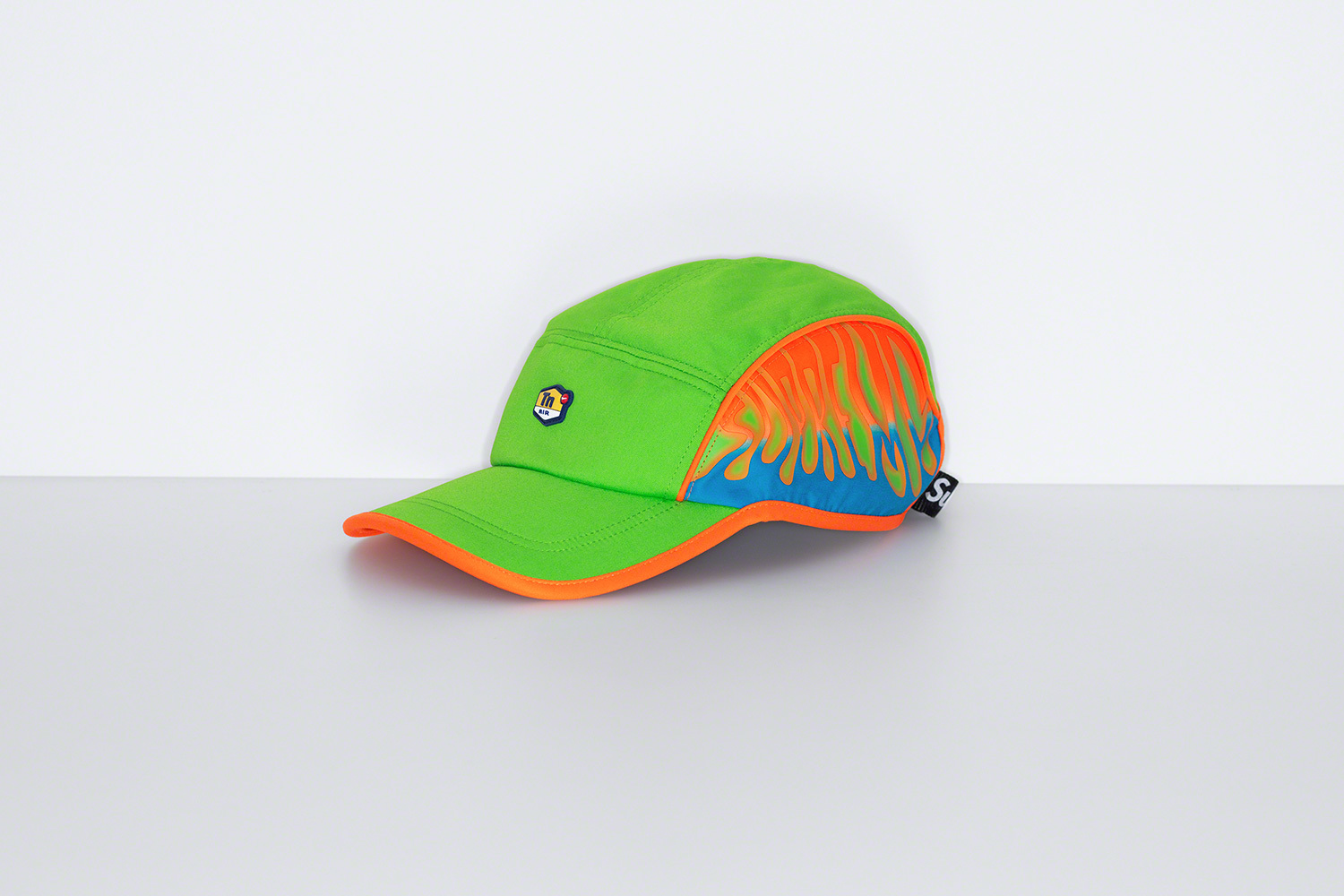 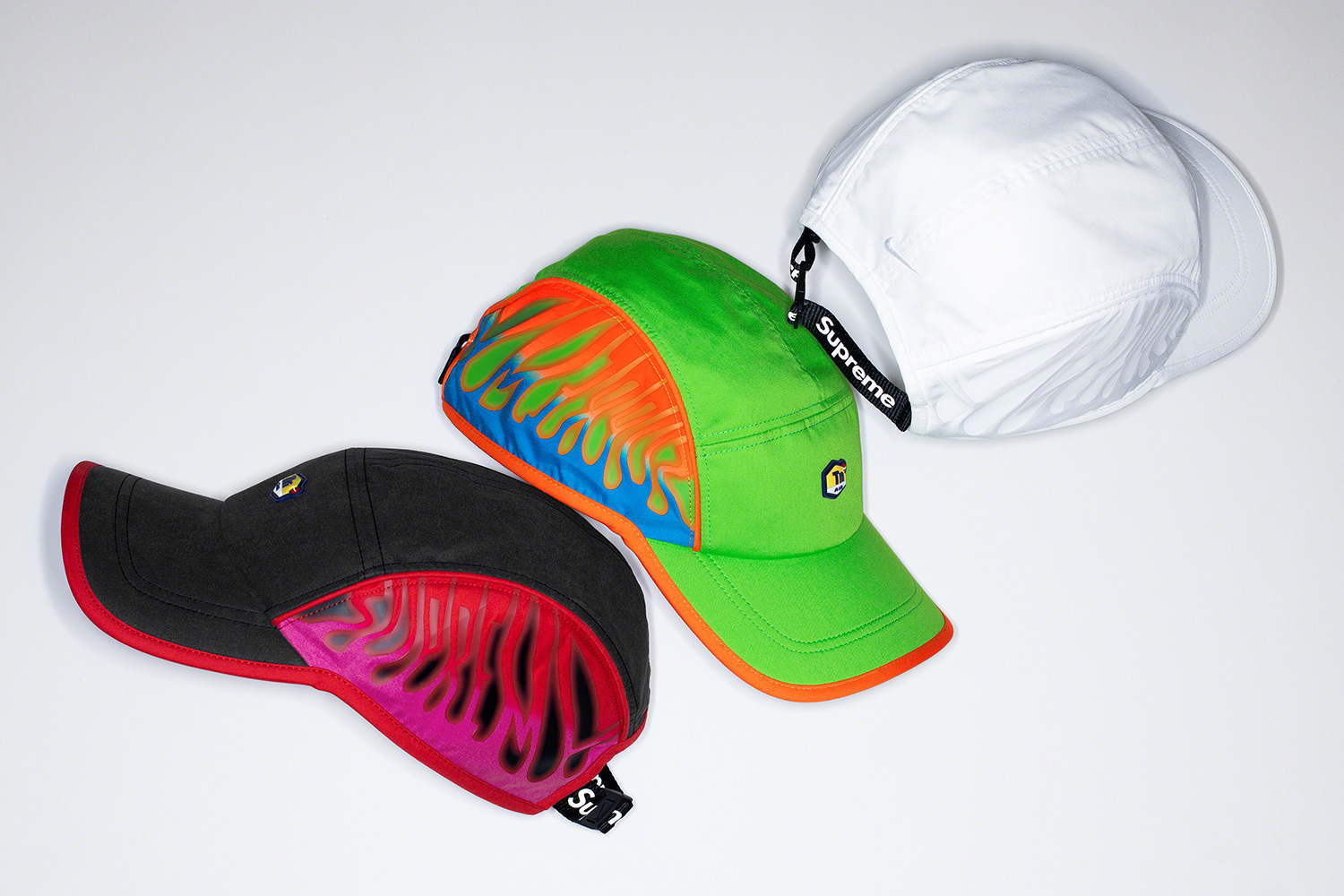 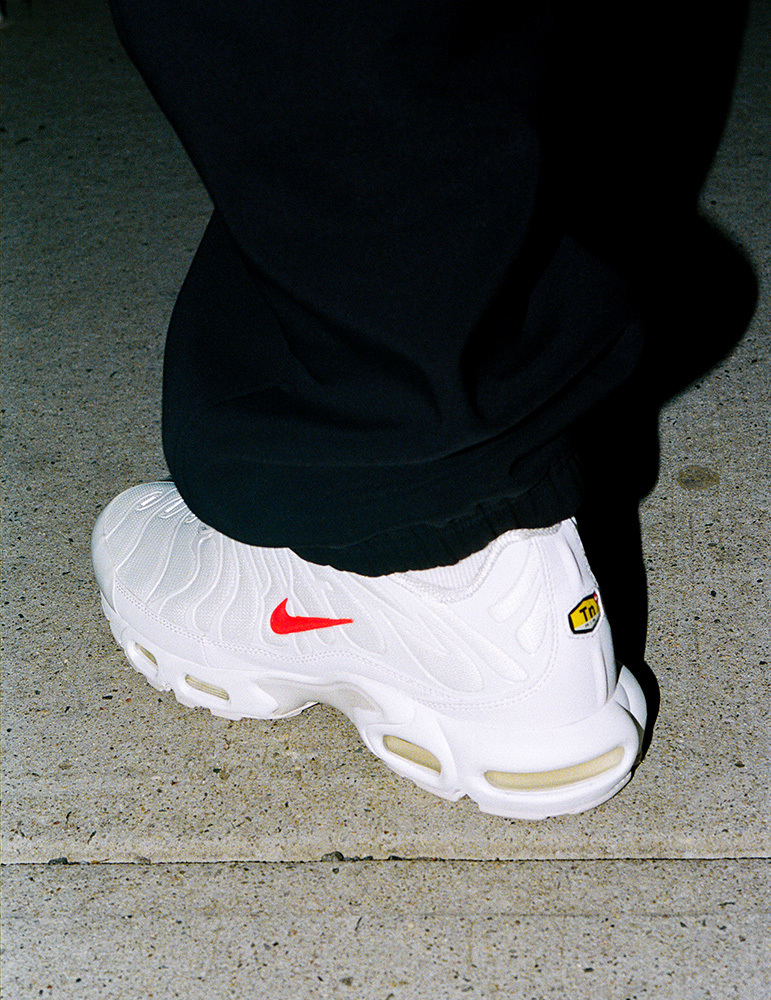 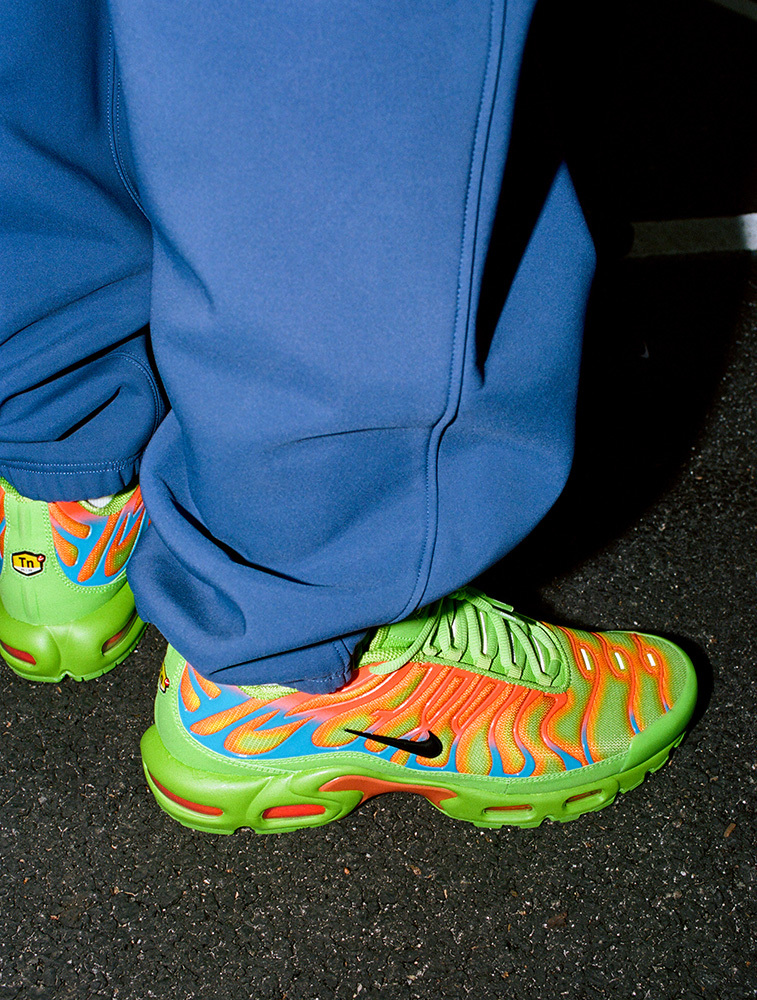 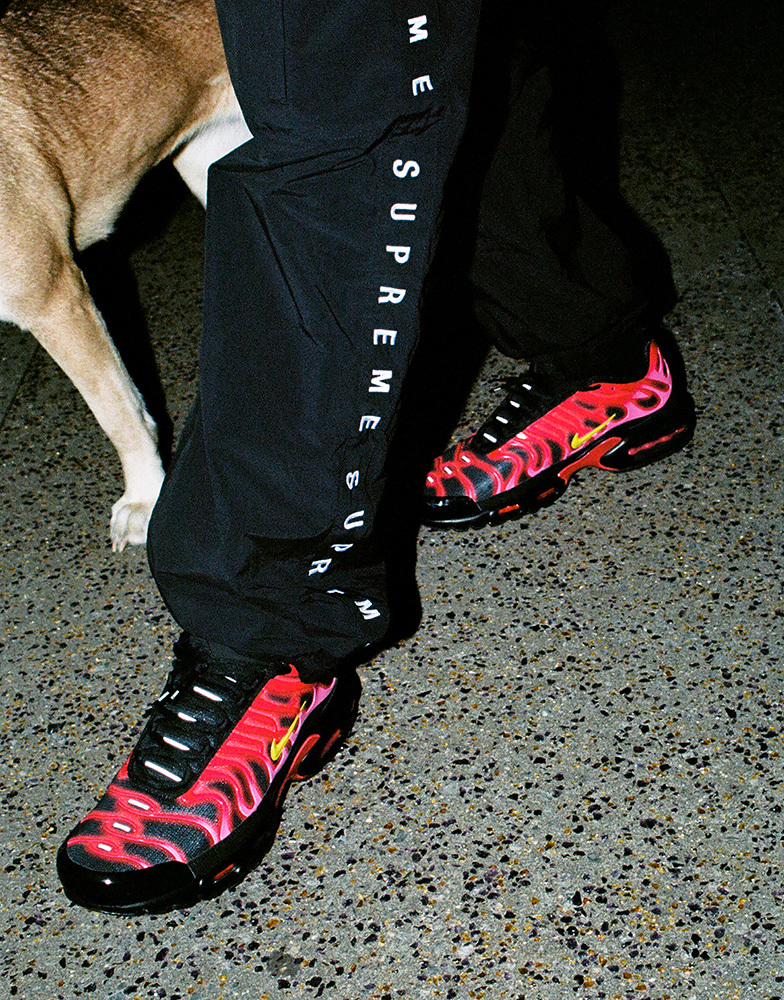