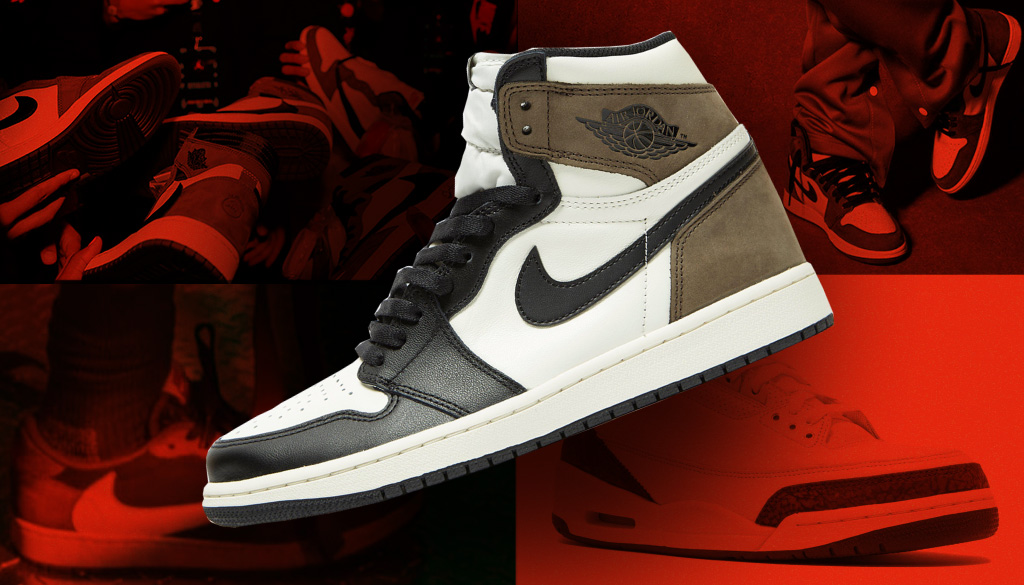 Pushing the envelope through the lens of color has long been the calling card for Air Jordan.

In the beginning, it was the “Banned” 1s breaking the NBA dress code and bringing three tones to a game shoe. Years later, “Bordeaux” 7s and “Aqua” 8s would stand out in a sea of red, white, and blue All-Star sneakers.

Right around the turn of the century, the newly formed Jordan Brand was expanding its legacy through lifestyle. While Air Jordans had long been embraced off the court, redressing new and old favorites in decidedly casual colorways proved the next progression.

The most polarizing progression? The Air Jordan 3 “Mocha” in 2001. 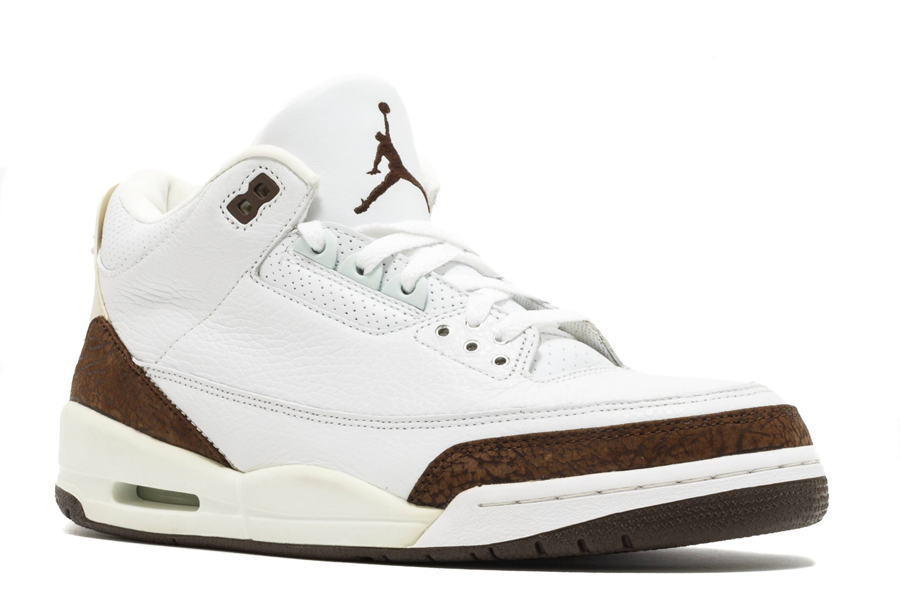 Serving as the lone non-OG in the second run of retro 3s and the first entirely new take on the model ever, going this far against the grain was a risk and perhaps the biggest by Jordan to date.

Sure, bold hues like “Bordeaux” and “Aqua” had graced performance pairs in the past, but Mike actually played in them to add an official co-sign. When it came to archival Air Jordans, earth tones just weren’t popping and that could even be said of the lifestyle leaning “Olive” 9s in 1993. Even in the newly minted Jordan Brand era, “Chutney” and “Ginger” takes were tough to swallow on new models with no nostalgia appearing as decidedly crossover attempts.

But adding a coffee colorway to the revolutionary Air Jordan 3 as a retro release? That was absolutely panned by purists and too mature for the youth in 2001. 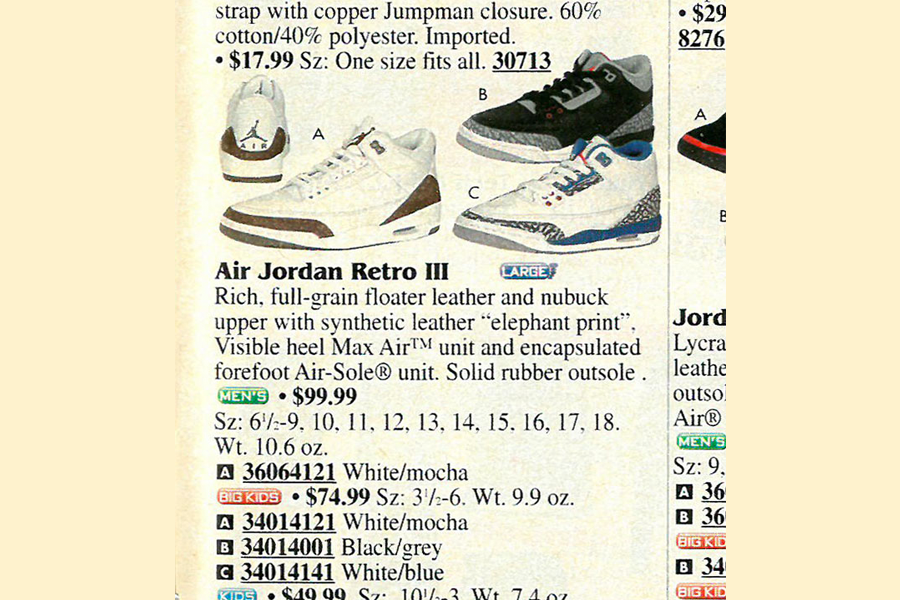 Missing the old and the young alike, pairs would eventually be discounted and stick out from their OG peers like a sore thumb.

For the remainder of the 2000s, “Mocha” 3s were seldom seen and rarely spoken about. The Air Jordan 3 would wear wild color palettes like the bright blue “Do the Right Thing” motif and even invert itself in “Flip” fashion. Still, those pairs proved more rooted in an actual story and thus more approved than that of their bitter coffee compadre.

Only a few years into the same decade the “Mocha” 3s kicked off, earth tones would slowly find embrace for the crowd they came on too quickly. Over the course of the 2000s, “Wheat” 13s, “Olive” 5s, and “Cinder” 14s would all gain more fanfare than the panned pair from ‘01. Perhaps it was hysteria around the “UNDFTD” 4s that opened the floodgates for muddy models, maybe it was a more mature dress code taking place in the NBA and hip hop, or perhaps it was a moment in style when less sporty pantones were finally having a moment.

As the 2010s began, colorways exploded by the way of “South Beach” and “Galaxy” Nikes while fashion conversely leaned into all-black and muted menswear looks. At the same time, sneaker culture once again exploded and every collector was trying to distinguish themselves from the pack.

Because of this, a sudden shift in palette and an odd appetite for nostalgia would make the “Mocha” 3s desired for seemingly the first time ever. OGs looking to differentiate their collection and rappers getting riskier with their flexes would create a positive buzz around the ‘01 “Mocha” 3s because after ten years of collecting dust, the “Mocha” 3s were suddenly rare.

For the first time ever, the market seemed ready. However, they’d have to wait until the end of the decade for a proper re-release to ever happen. 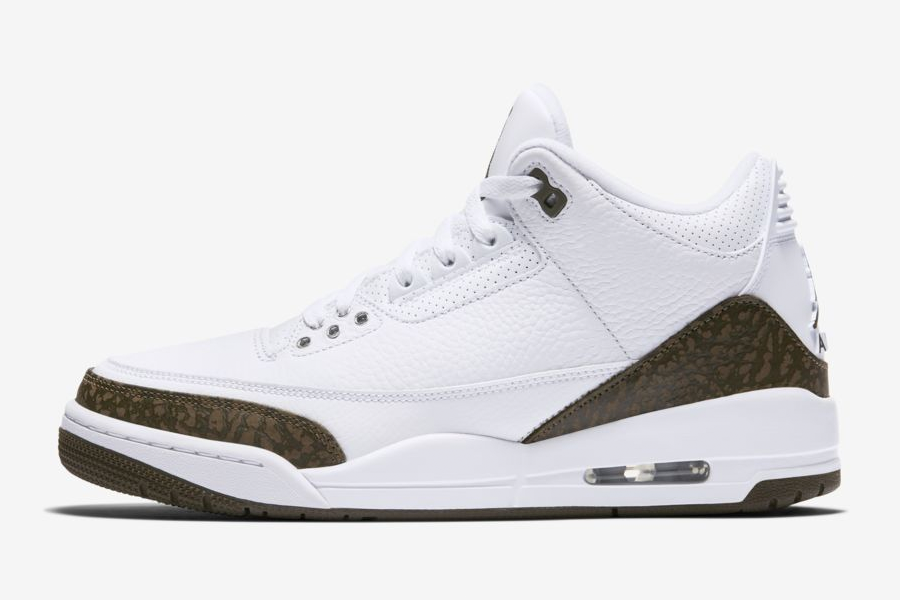 In December of 2018, the “Mocha” 3s would finally return after almost two decades in the vault to much warmer reviews. Pairs were suddenly accessible and enjoyed, flying under the radar of that season’s “Concord” 11 comeback.

Little did we know, “Mocha” momentum was only beginning to build.

Around the same time the 2018 “Mocha” 3s were rolling out, Travis Scott and Jordan Brand were beginning to tease their highly anticipated Air Jordan 1 collaboration. Donning “Dark Mocha” just like the famous 3s, the temperature around brown Jordans was much hotter than it was in 2001 and the heat around La Flame was unparalleled.

“Mocha” would have its moment in 2019 as the world would see two shock drops of the Travis Scott x Air Jordan 1 High followed by an official launch in May. The May 2019 launch would be accompanied by a collaborative clothing collection covered in the hue that the turn of the century collectors couldn’t stand. 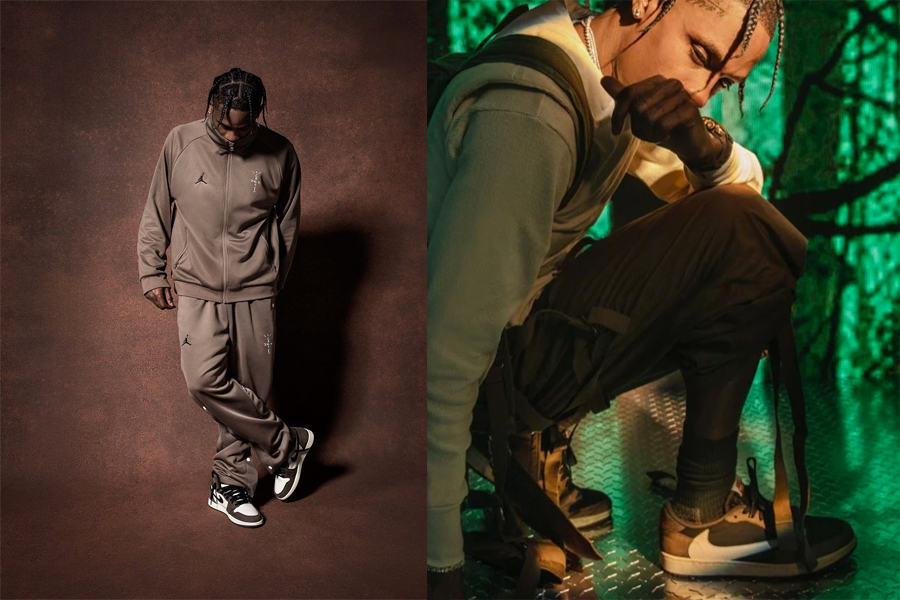 Because of the buzz, Travis Scott’s caffeinated take on the Air Jordan 1 would see “Mocha” Jordans in a whole new light to the next generation of sneakerheads.

Keeping that same energy, the summer of 2019 would see “Dark Mocha” Travis Scott x Air Jordan 1 Lows release with similar styling and exclusivity. Over the course of the year, Travis would wear both High and Low takes on his “Dark Mocha” 1s, further selling fans on this earth tone palette and expanding their imagination of a world beyond basketball-based colorways.

In an odd twist of fate, one could argue that Travis was making “Mocha” his motif just like Mike owned “Chicago” and “Banned” themes. 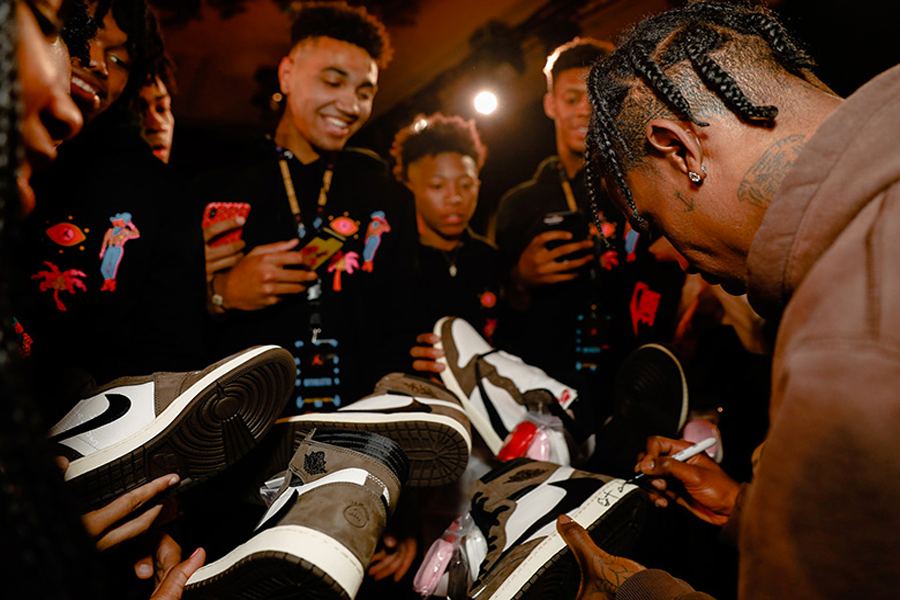 As we close out 2020 – a year where most people can’t even attend public events – the Air Jordan 1 “Dark Mocha” is amongst the most coveted retro releases of the year even if it won’t be worn anytime soon.

A ringer to the Travis Scott x Air Jordan 1 High just like the “Game Royal” 1s gave fans a concession prize for that of the “Fragment” collaboration, the “Dark Mocha” 1s are a worthy runner-up and perhaps even better to traditionalists.

Possessing the powers of the tried and true “Black Toe” color blocking with that of the coffee bean brown tied unofficially to Travis, the “Dark Mocha” 1s are a complete 180 in desire and demand to the original “Mocha” Air Jordan 3 that introduced the coffee colorway idea. 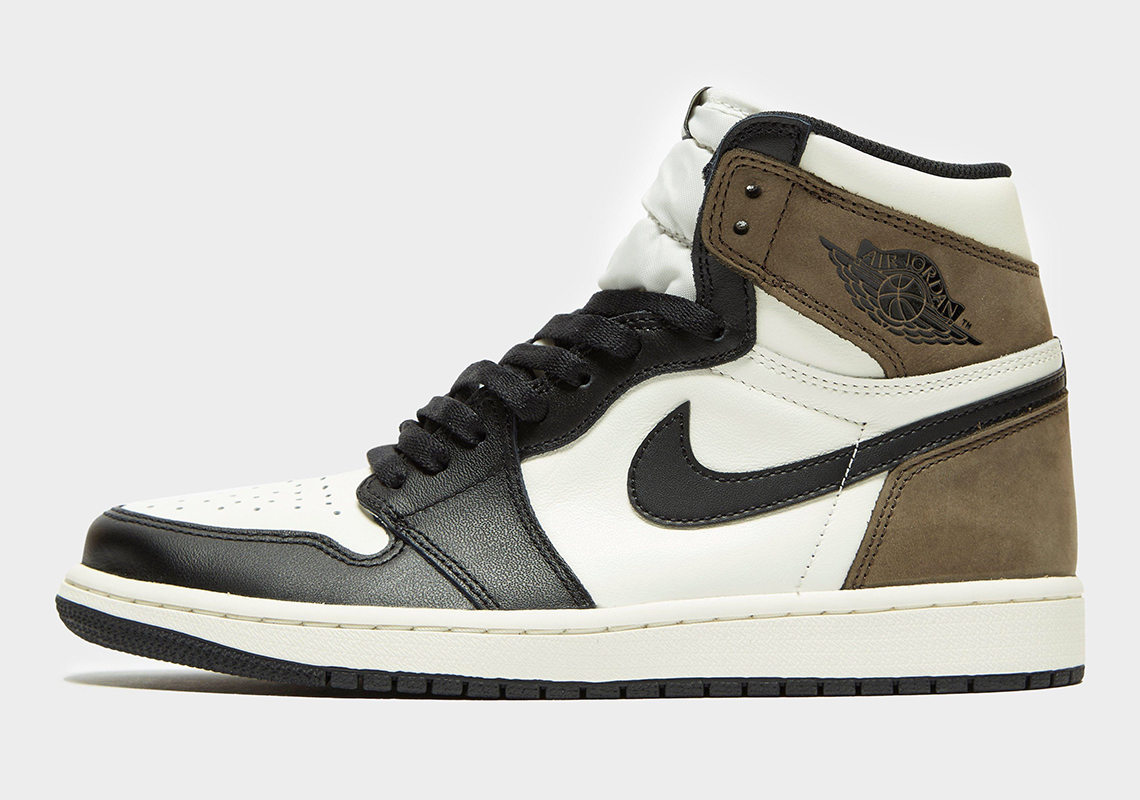 So, with 19 years to reflect, was Jordan Brand ahead of their time when they dared to dress the Air Jordan 3 in earth tones in 2001? Was it only perceived rarity that shifted the ‘01 “Mocha” 3s from wack to wanted in the 2000s and 2010s? Could our fashion senses have all evolved over all this time? Or maybe, just maybe, did it once again take a rebellious youngster to change the masses’ minds on an ugly shoe actually being cool?

In reality, it’s probably a bit of all these things. All we know now is that “Mocha” Jordans may be the brand’s new breadwinner for 2020 and beyond.

The only thing we don’t know is just how Jordan Brand will push the envelope next. 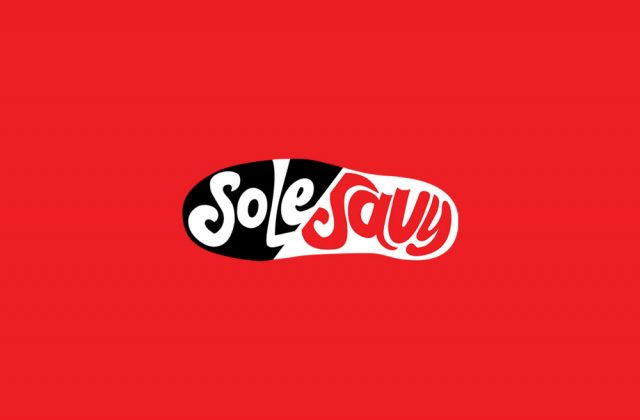 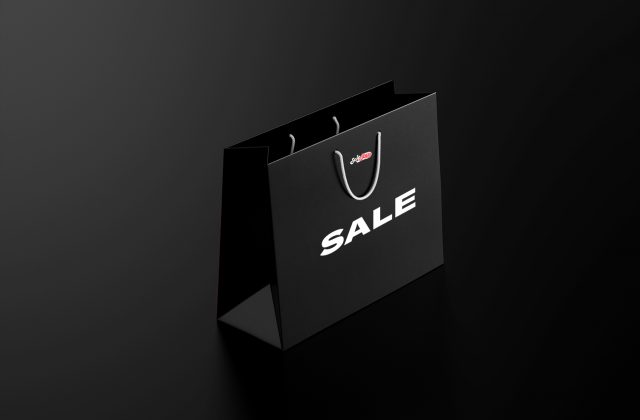 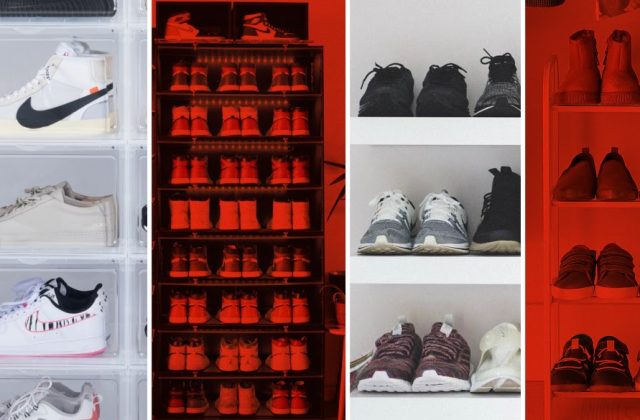