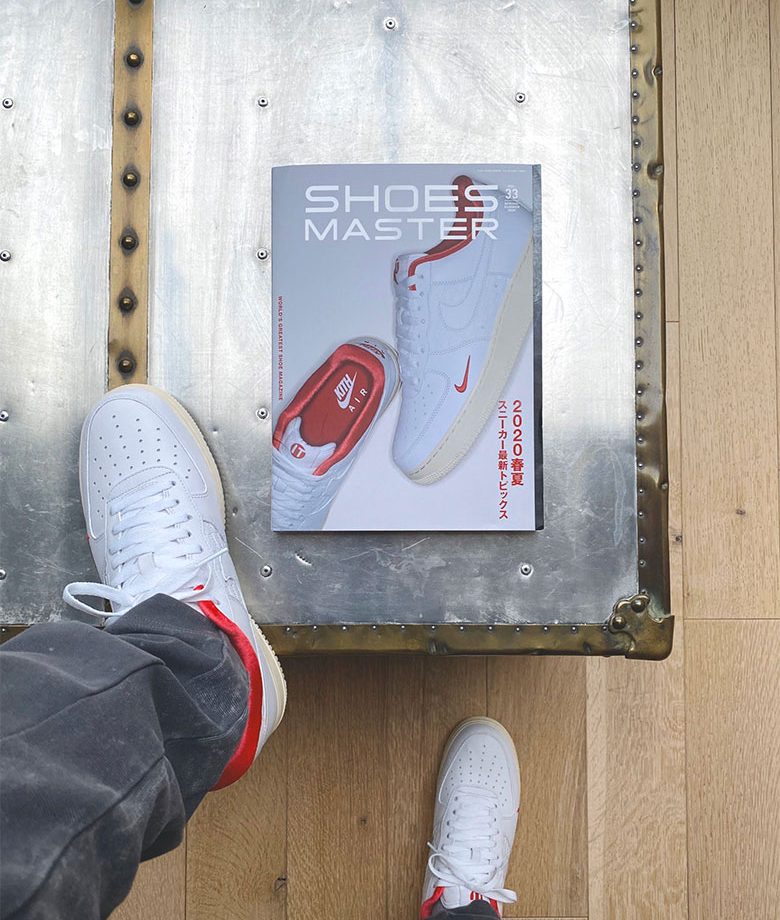 At the end of last year, KITH’s founder Ronnie Fieg became the center of attention in the sneaker world when he nonchalantly posted a photo of his collaborative KITH x Nike Air Force 1s. That saga ended when it was revealed that the co-branded white and green AF1 was a Friends & Family exclusive, sent only to KITH’s tight-knit group of friends and creatives. Now, several months later, Fieg has returned to IG to quietly drop another look at the KITH AF1, but this time, many more of us might get our hands on them.

Gracing the front cover of the Spring-Summer 2020 issue of Japanese magazine, SHOES MASTER, is a brand new colorway of the aforementioned KITH AF1. The F&F pair’s green elements are now replaced with a bright red while maintaining many of the lux features that excited sneakerheads the world over including a pristine white upper with an off-white midsole. This pair removes the textured Swoosh with embossed KITH logos featured on the F&F pair and instead applies the stylization to the medial panels instead. A red velvet sock liner and interior, gold lace tips and lace locks, and a small, red, embroidered Swoosh on the toebox further extend the truly regal look that Fieg is going for here.

You can get a closer look at the cover on Fieg’s IG where he also showcases how they look on feet. Let’s hope this time around, there’ll be pairs for all of us.