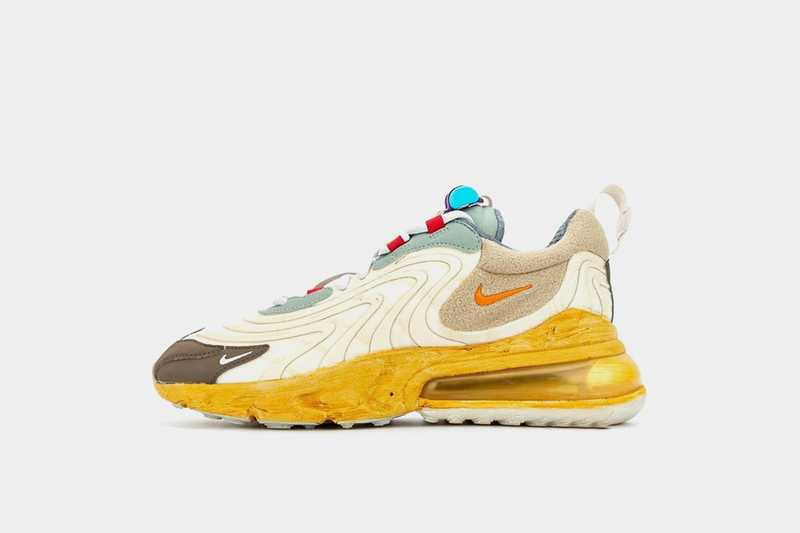 After months of rumors and leaked images, the Travis Scott x Nike Air Max 270 React ‘Cactus Jack’ has been confirmed for a May 29th release.

The Air Max 720 React ‘Cactus Jack’ is a significant departure from Scott’s previous collaborations with Nike; it is not only his first Air Max model but also a model that rarely gets the collaborative, limited release treatment. The upper, REACT midsole, and translucent 270 Air Unit are both overdyed in yellow tones that give off the look of barren Texas deserts and the natural discoloration found on vintage sneakers. Dark brown suede is used on the toebox while shaggier natural suede is found on the mesh collar. Patches of pale teal nubuck material can be found on the lace stays and interior mesh cushioning. Several mini Nike Swooshes can be found on the forefoot and heel, while a cross-shaped “Cactus Jack” branded pull tab adds a unique hit of flair from the posterior view.

We can expect these to release online at boutiques as well as Nike SNKRS on May 29th.

If you want all the help, tools, and insider info needed to cop these and other hyped items for retail, then a Sole Savy Membership might just be right for you. You can read more here and join our Waitlist today. 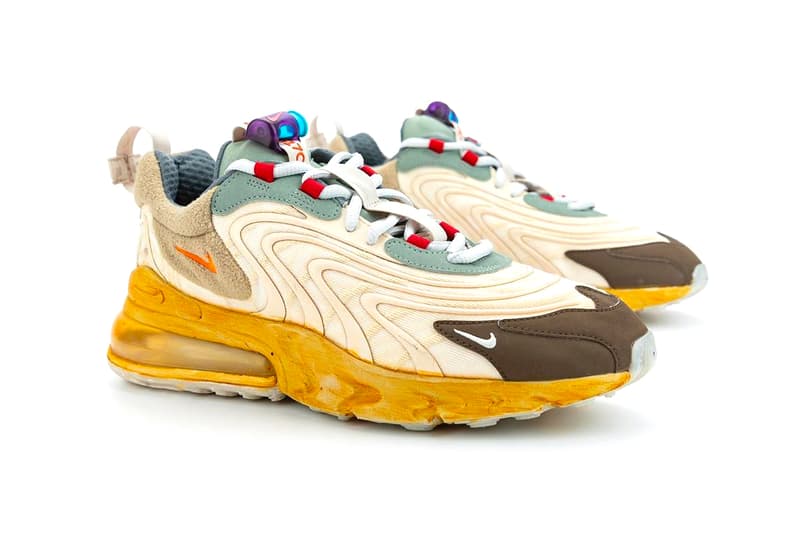