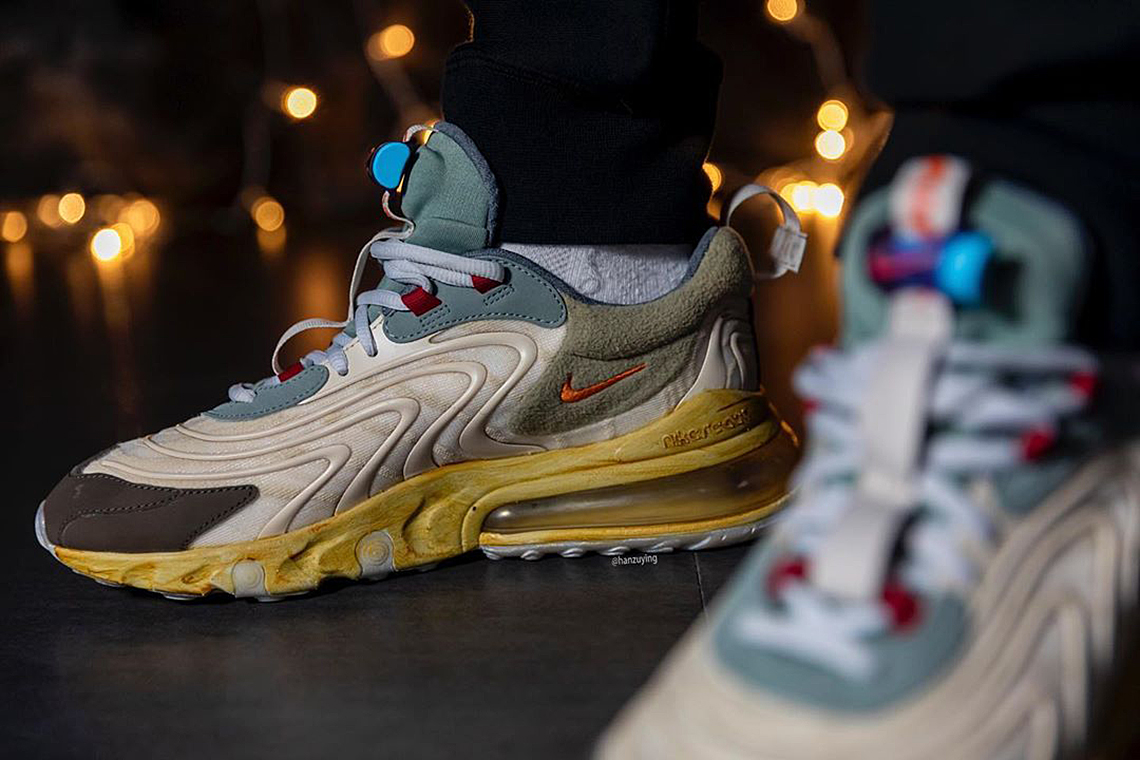 The Travis Scott x Nike Air Max 720 React is a complete redesign of the modern silhouette. While regular AM 720 Reacts feature a large Swoosh along the medial portions of the sneaker, Cactus Jack’s version has the Swoosh reduced to a small emblem on the toebox, and in its place is a textured wave design. This distinct pattern comes in a mixture of cream and light brown resembling barren desert land, much like the wilderness of Scott’s home state of Texas.

The React portion of the midsole comes in a yellow/orange tie-dyed color while the Air unit in the heel comes in a matching transparent yellow. Hits of brown premium suede and blue nubuck adorn the ankles. The Travis Scott x Nike AM 720 React also uses a lace locking system as opposed to the traditional laces found on GR versions of the base model. To top it all of, a unique T-shaped pull tab is affixed to the heel with an embroidered “Cactus Jack” logo in a red thread as an extra detail.

Stay tuned to Sole Savy for pricing, retailers, and a confirmed release date to come soon.