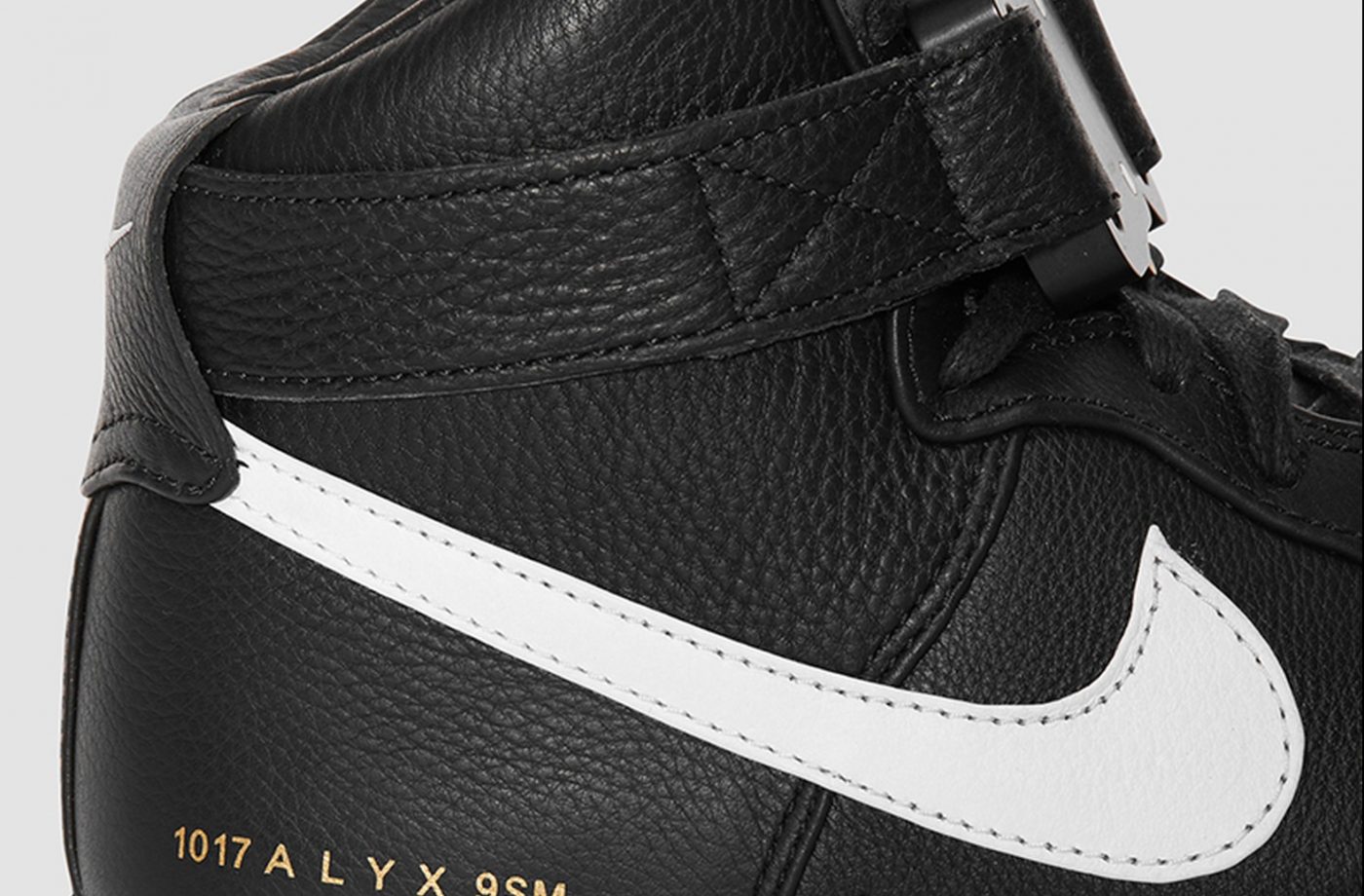 1017 ALYX 9sm founder and longtime Nike affiliate Matthew Williams brings his signature brand of gothic luxury to the Swoosh once more this year. Arriving October 24th in the form of two subtly contrasting black Air Force 1 Highs the latest footwear collaboration between ALYX and Nike is set to release later this year. Both colorways feature black tumbled leather uppers, with one pair opting for a full tonal black and the other donning white Swooshes as a slight alteration. “1017 ALYX 9SM” is branded in gold foil across the lateral heels. The greatest detail however is the replacement of the standard AF1 High buckle with ALYX’s signature rollercoaster buckle used for much of the brand’s hardware. If the previous version of this collab is any indicator the shoe will likely retail for about $450 USD.

Stay tuned to SoleSavy for further updates surrounding the 1017 ALYX 9SM x Nike Air Force 1 High. If you want all the help, tools, and insider info needed to cop for retail upon release, then a Sole Savy Membership might just be right for you. You can read more about the benefits here and join our Waitlist today. 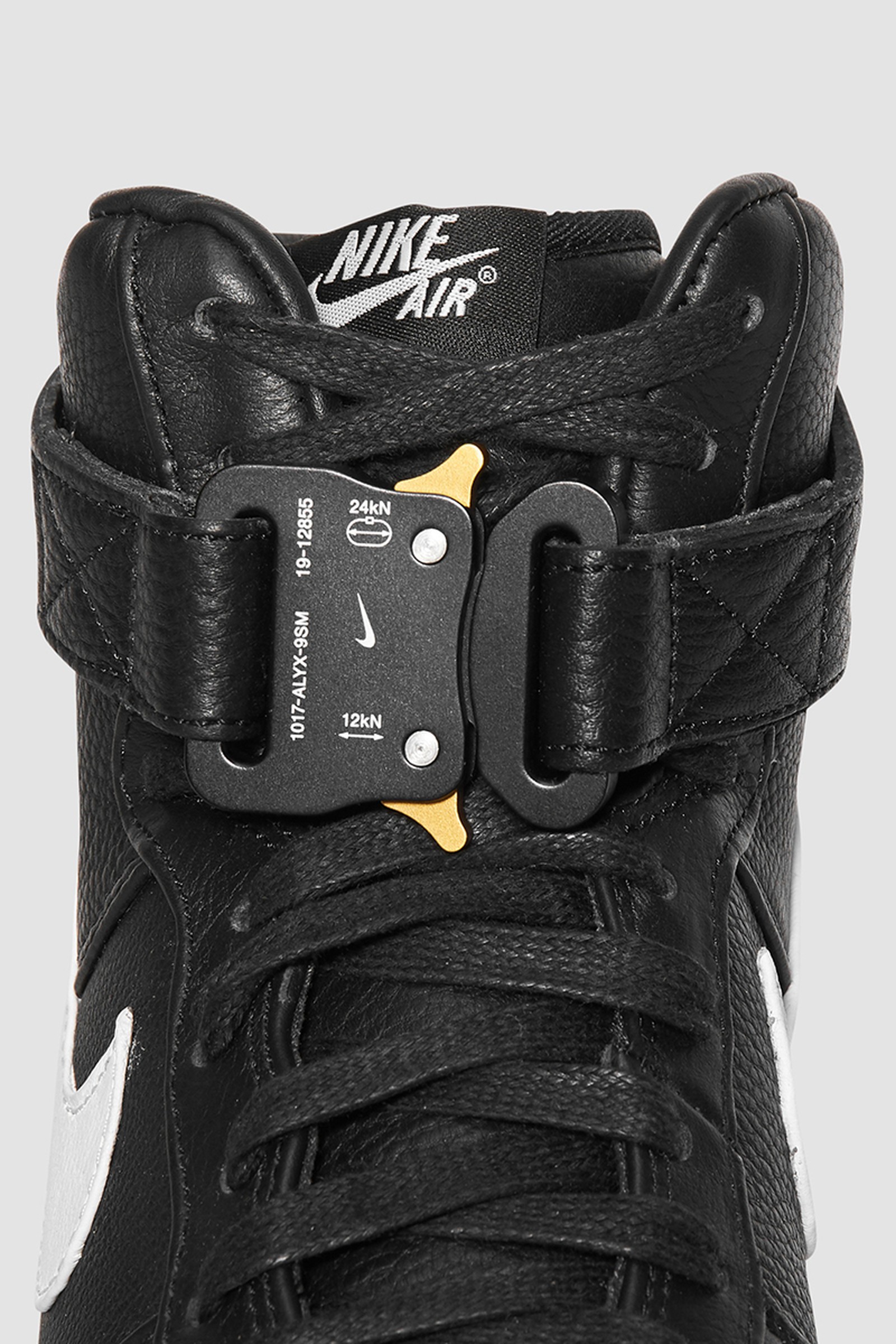 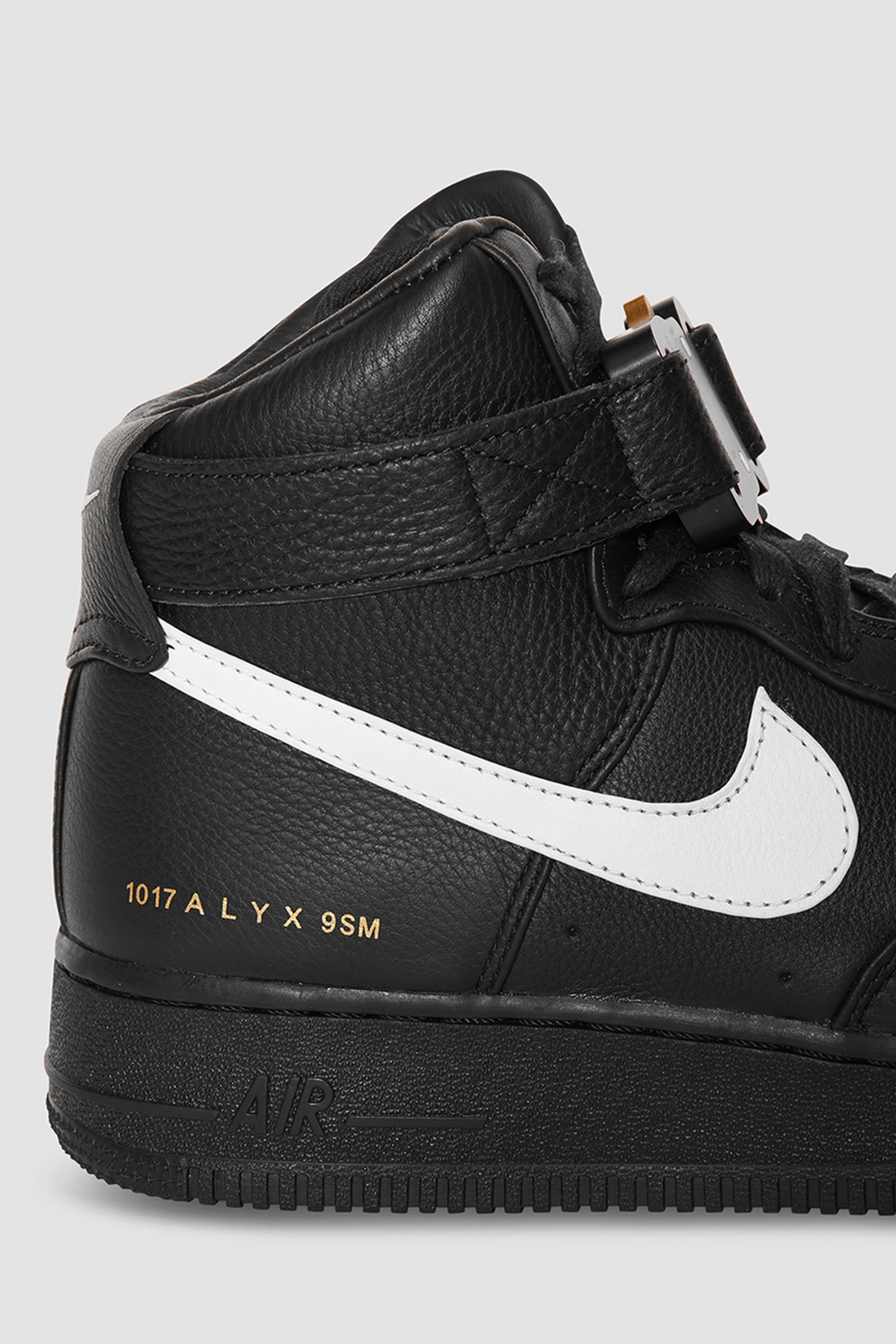 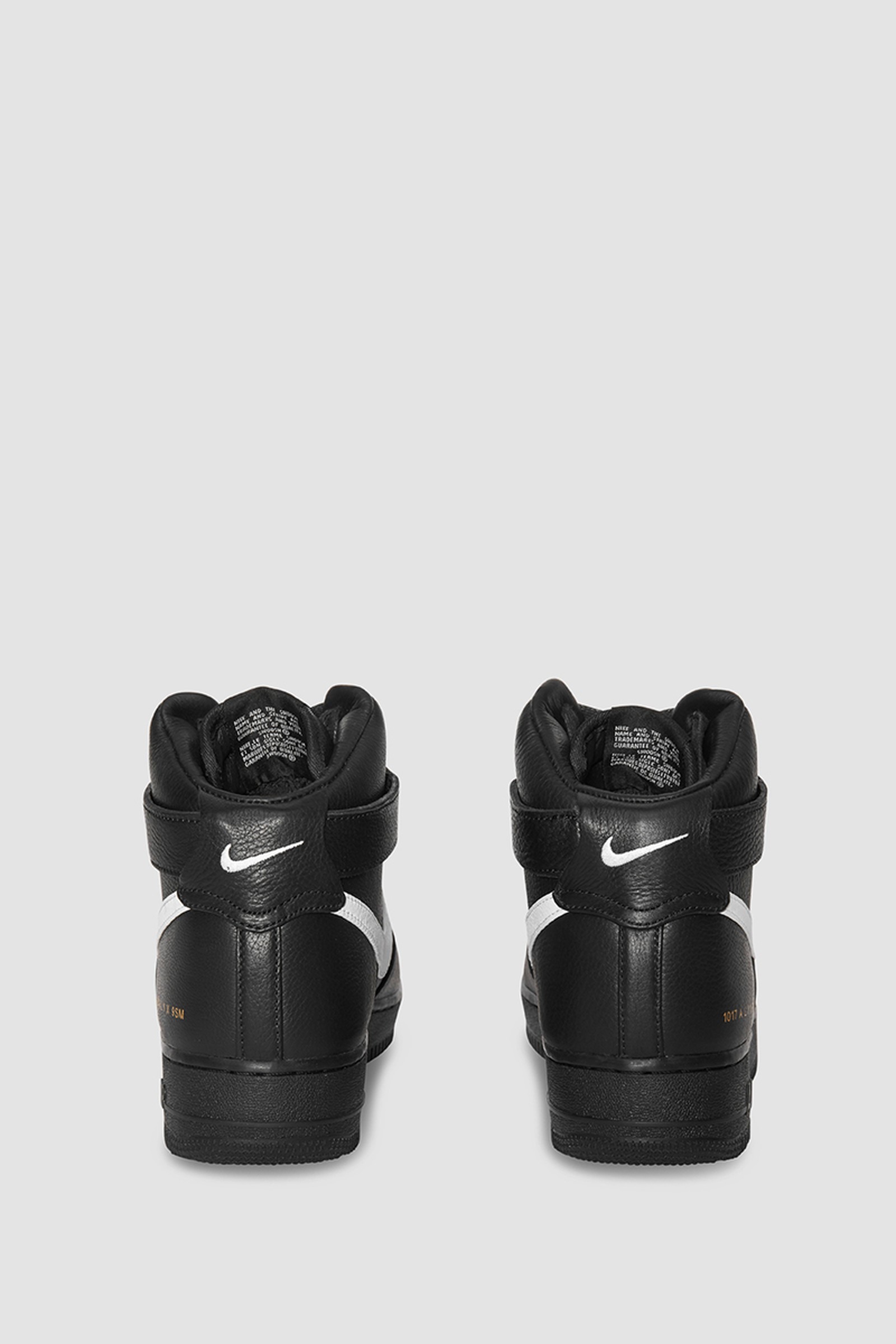 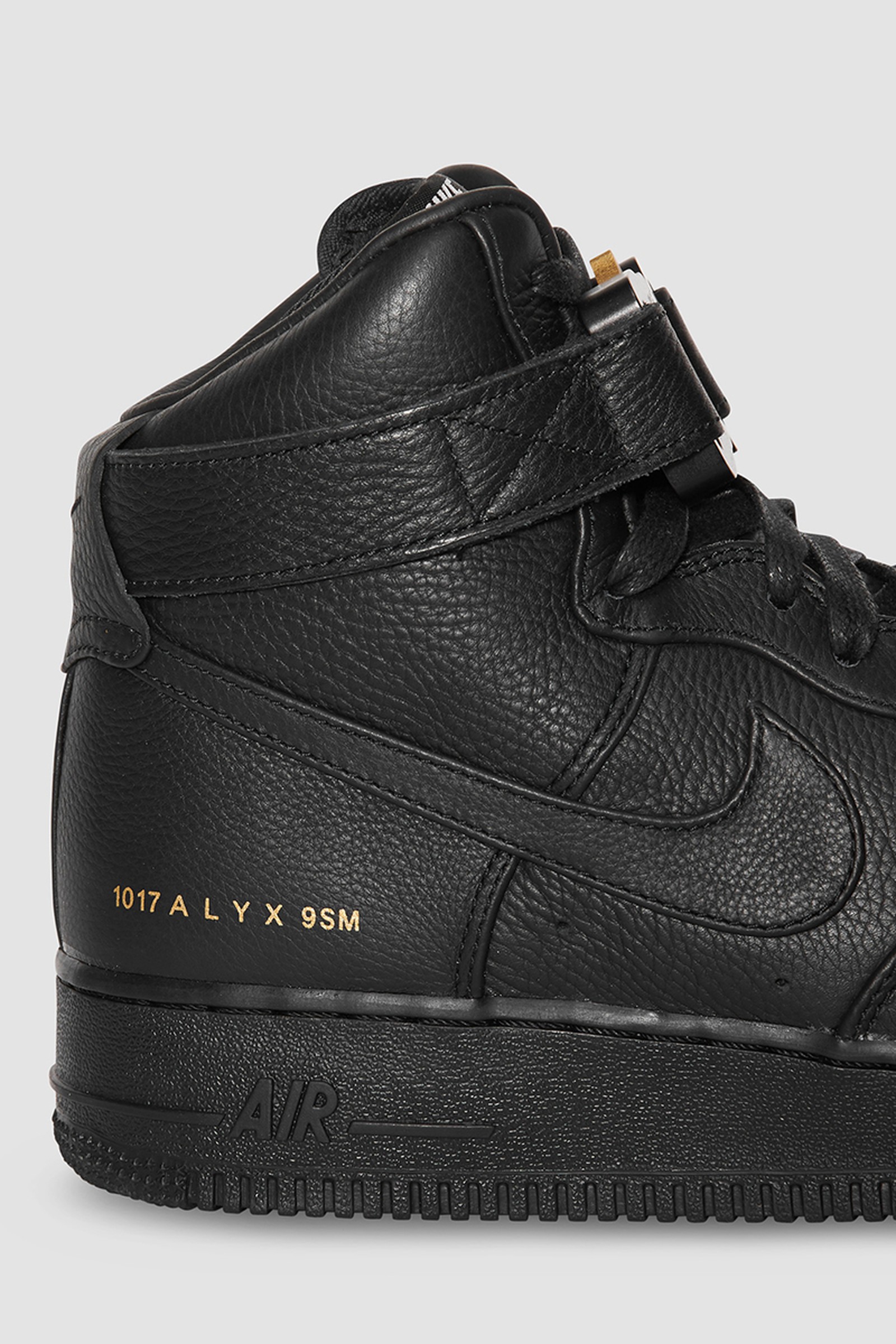 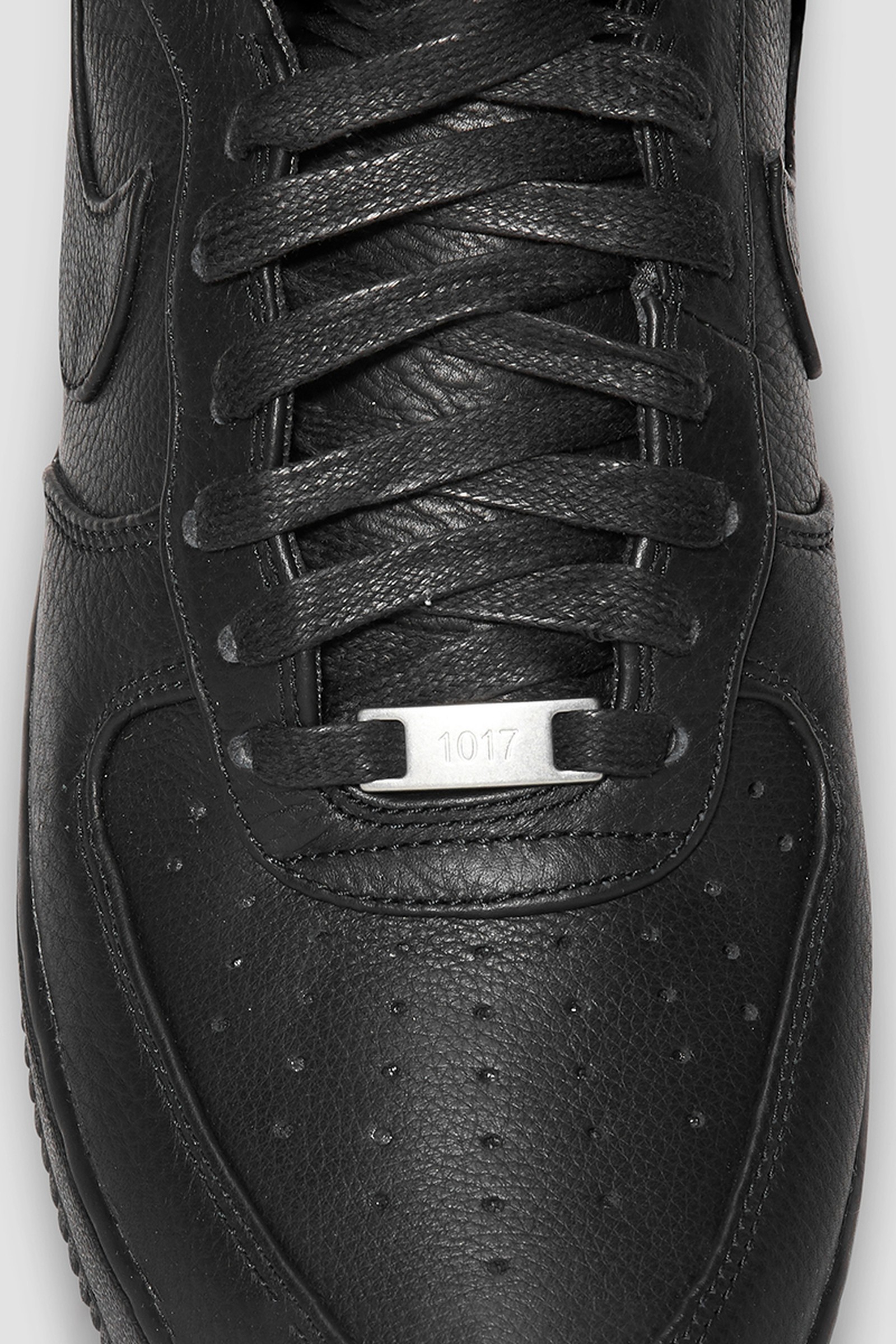 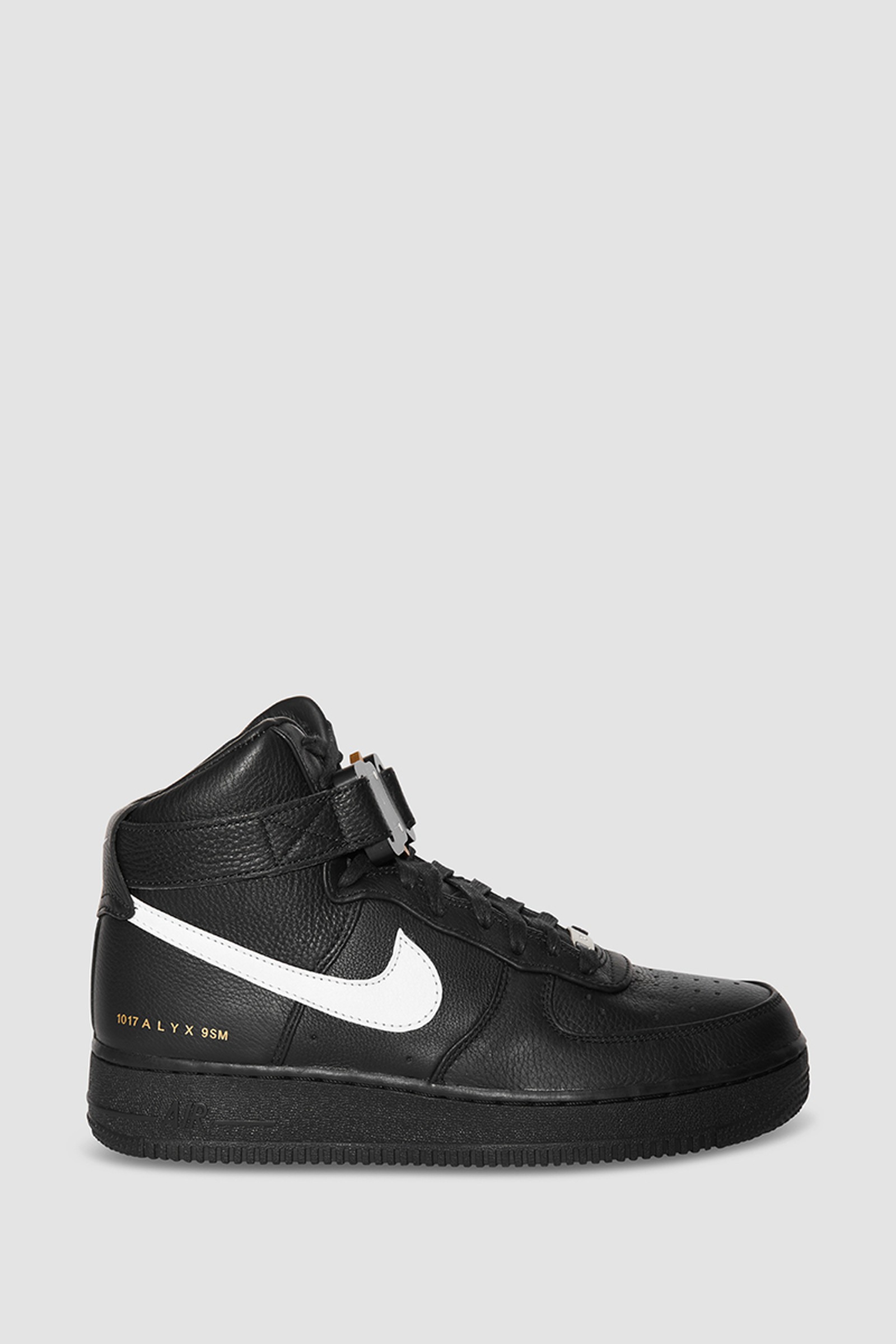 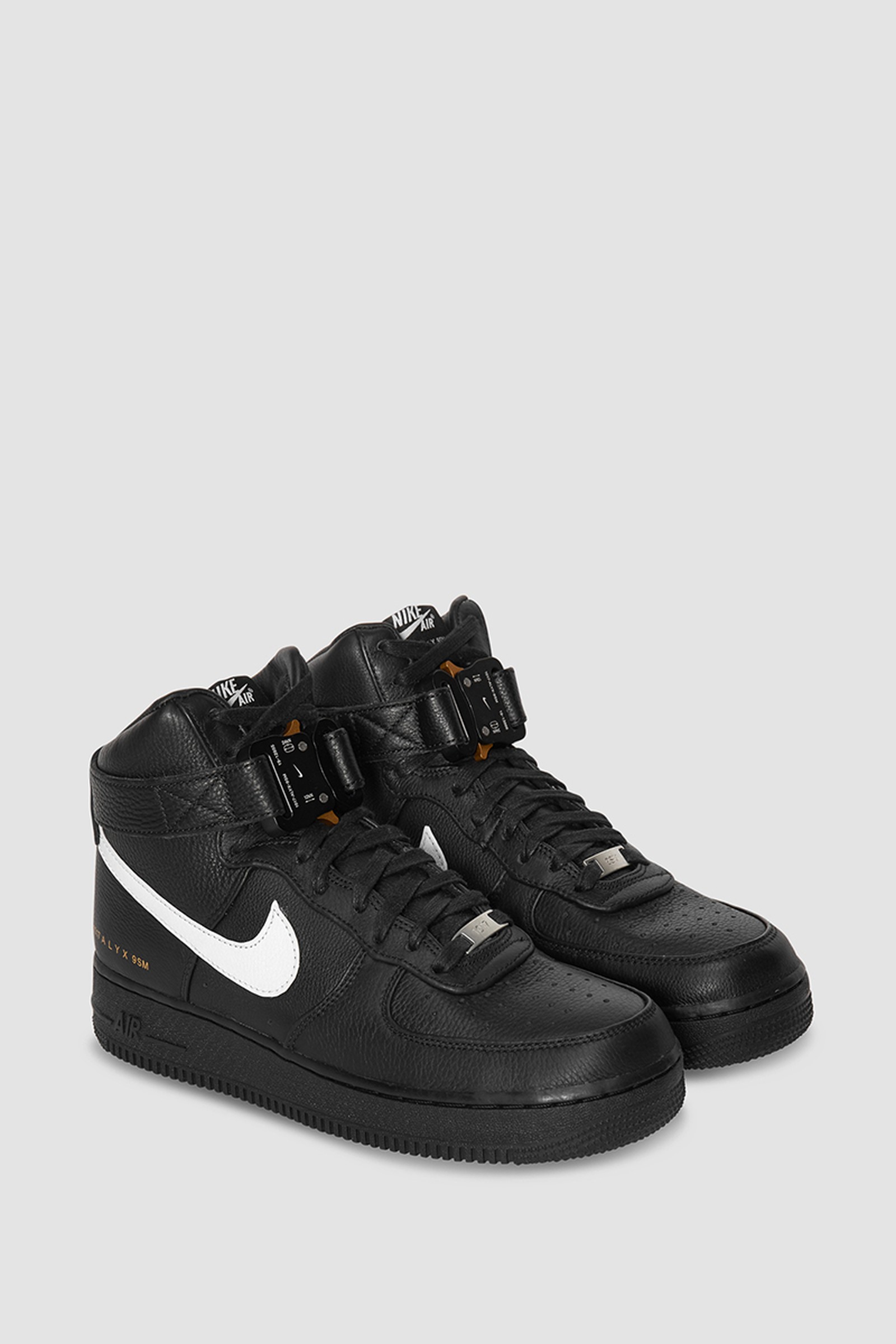 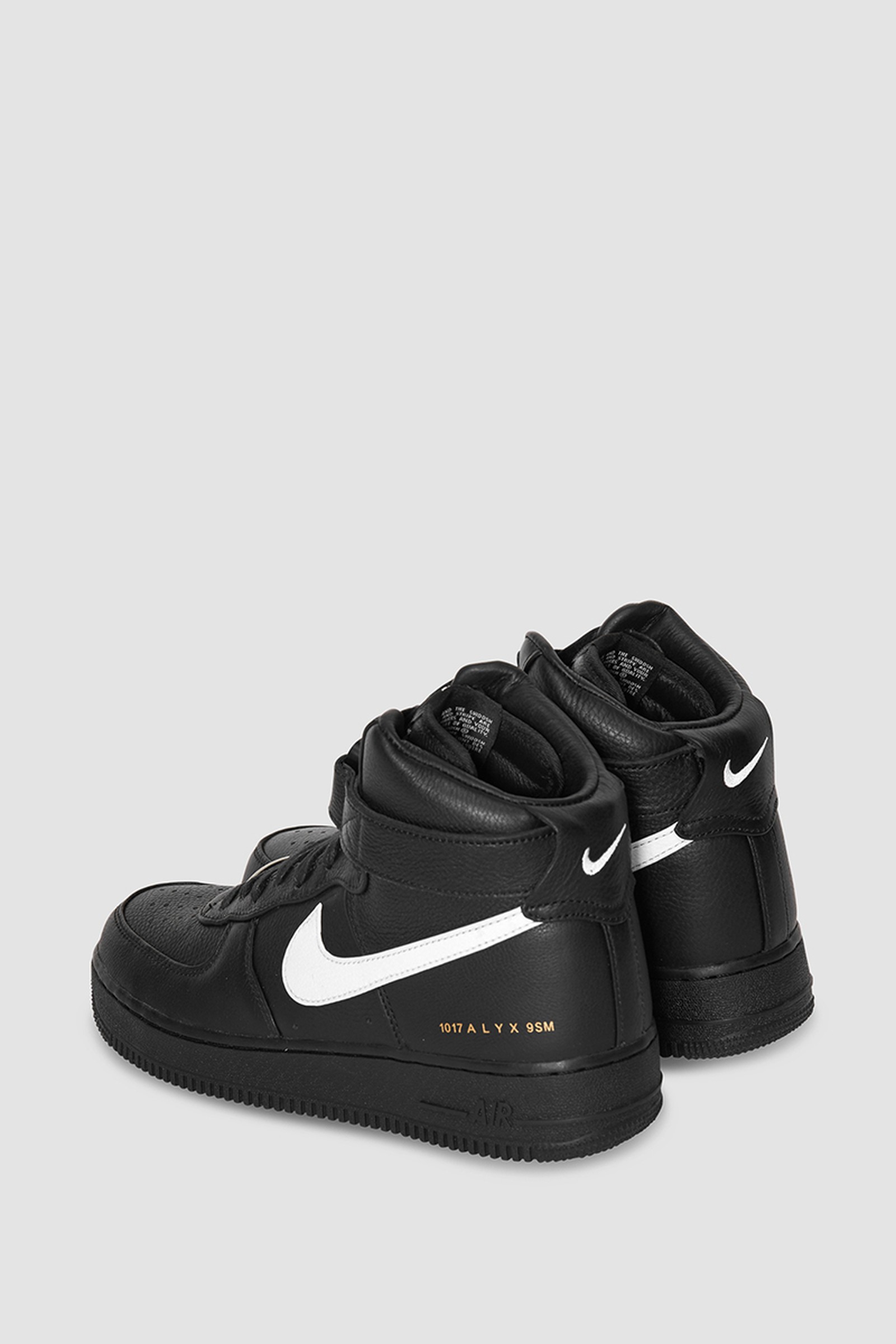 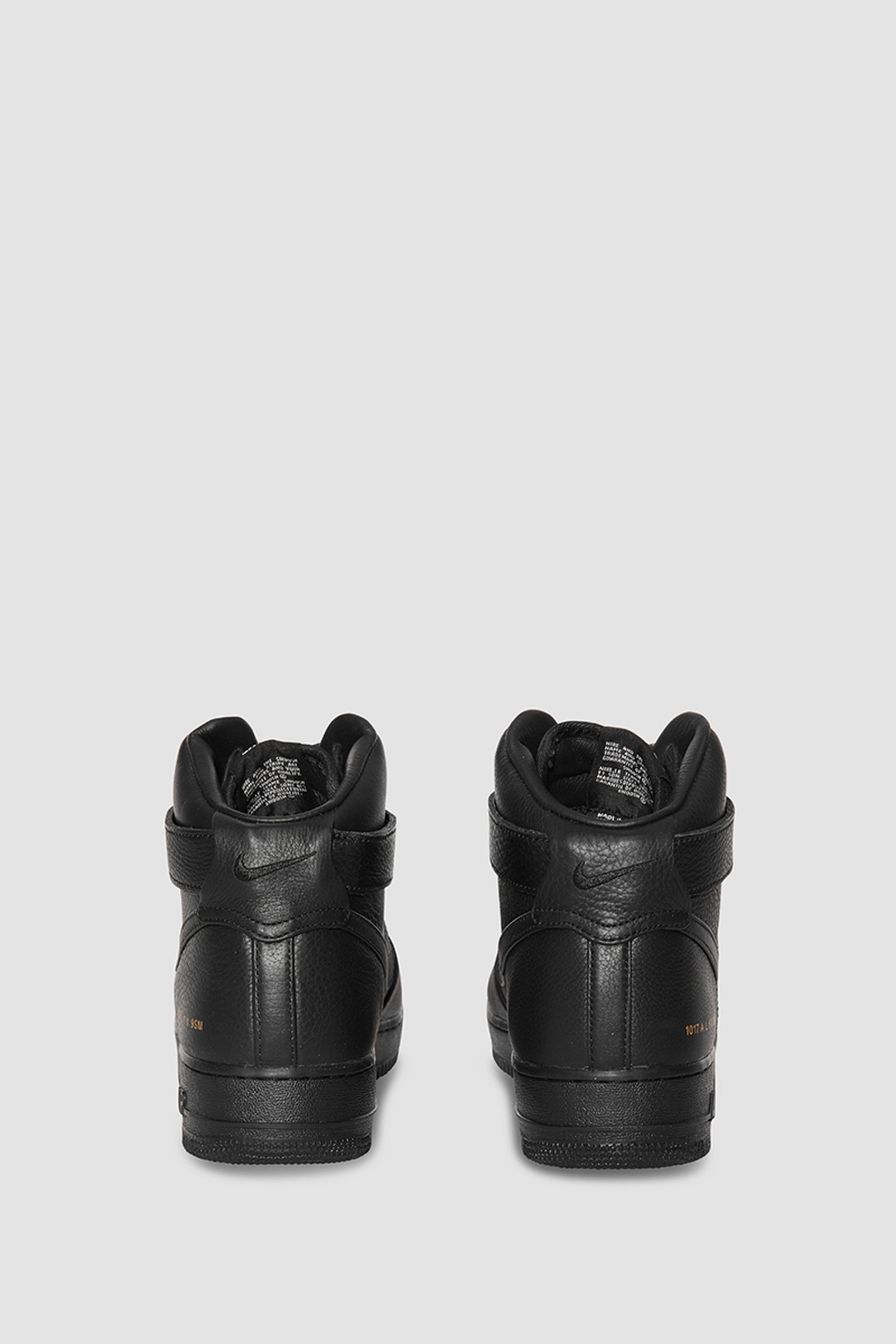 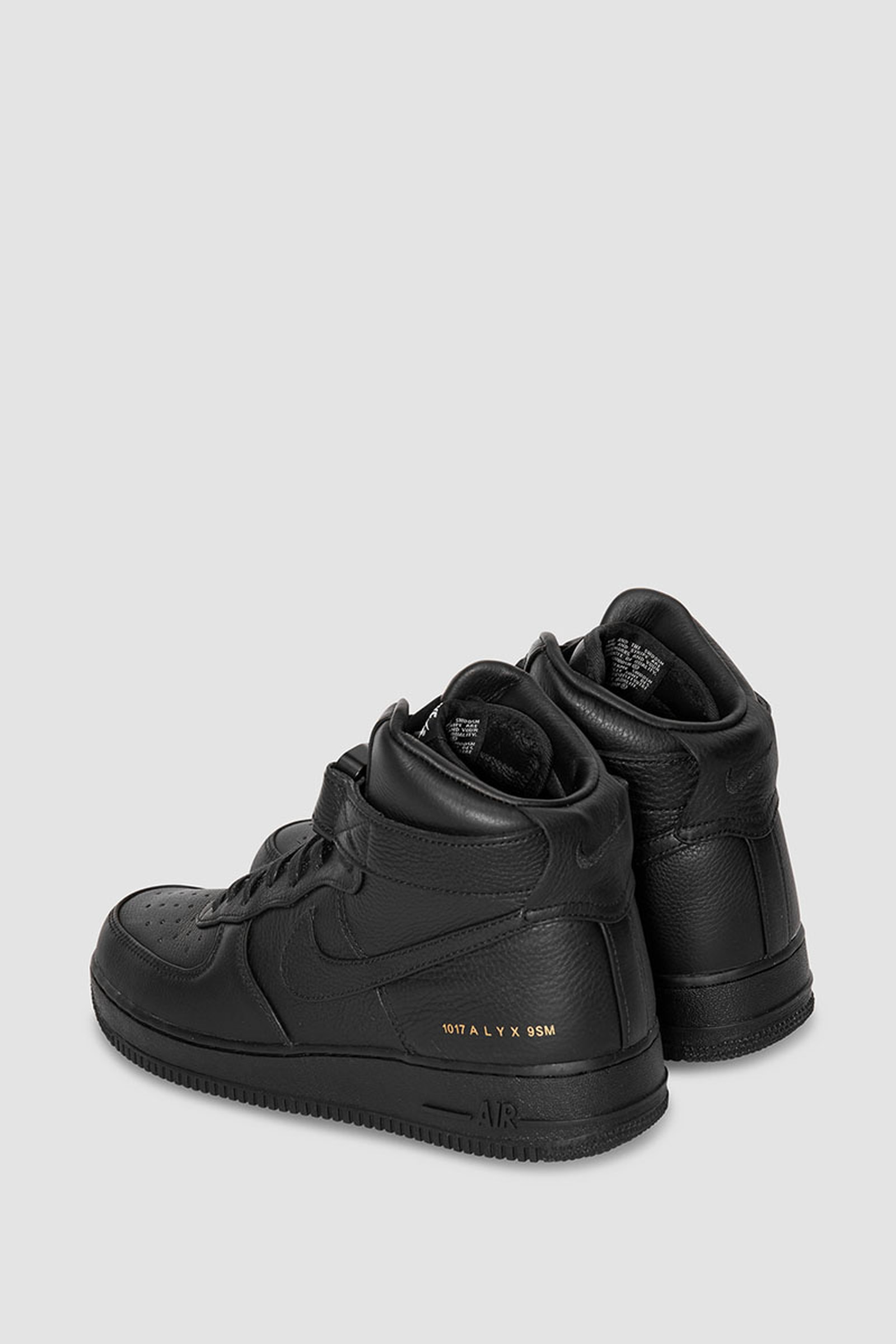 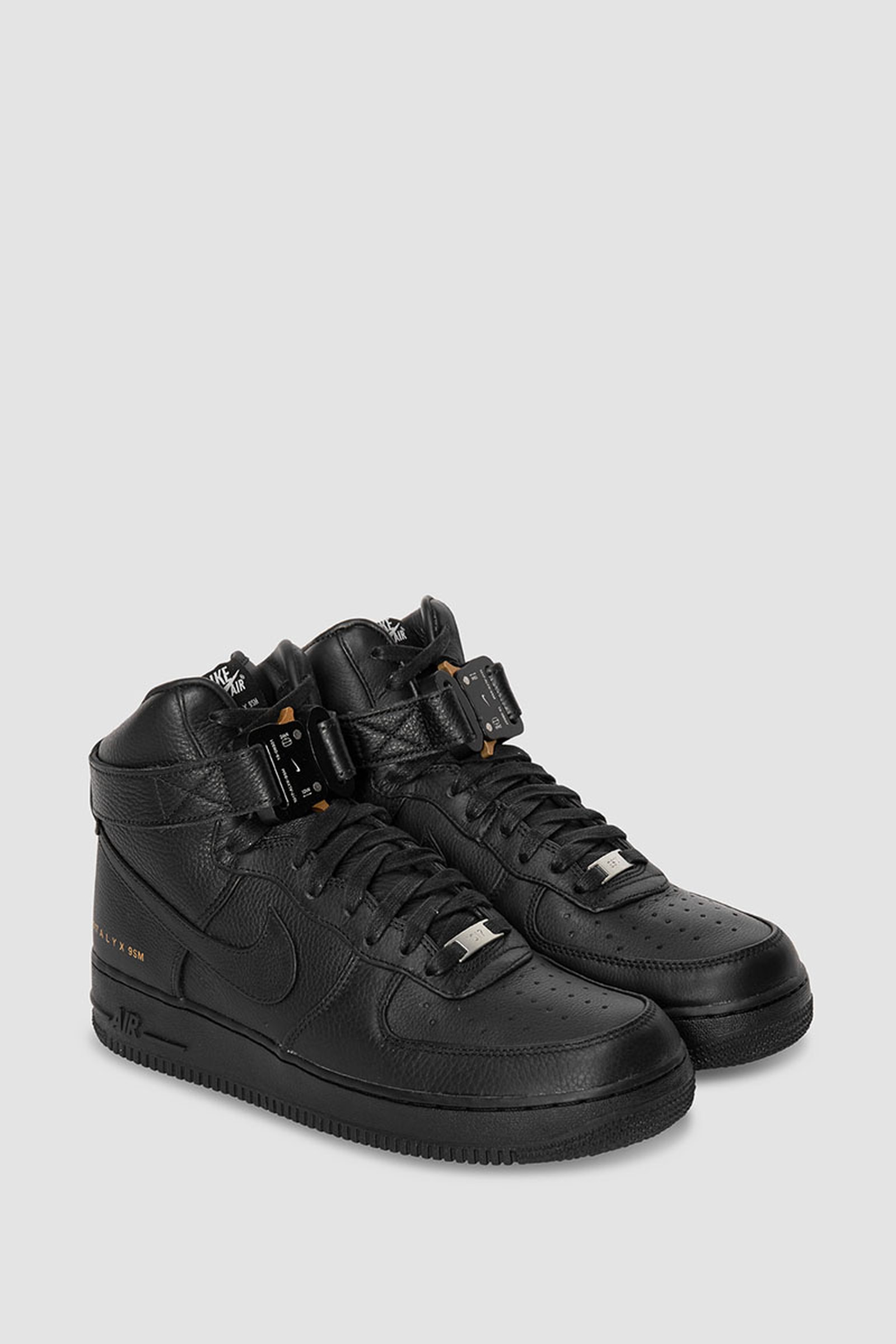 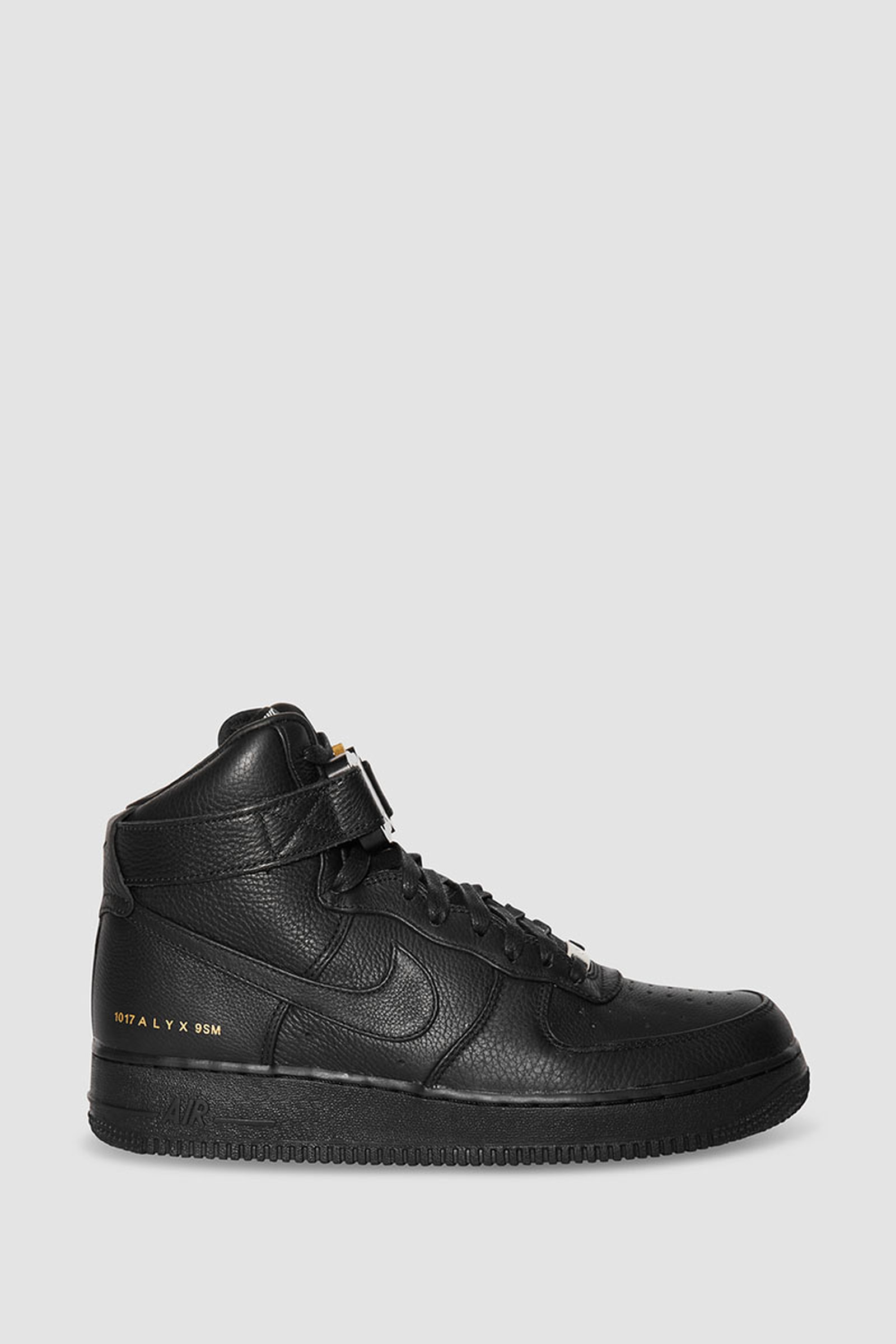