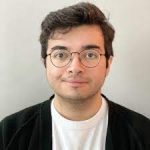 Fresh off the heels of Union LA’s high-profile collaboration with Jordan Brand, Union is set to release another footwear collab, this time with Converse. By applying visual artist Sheila Bridges’ iconic Harlem Toile artwork as the basis for this collab, Union and Converse have elevated the Chuck Taylor High into a hybrid art-piece/sneaker/social statement. The artwork in question features positive representations of black people in Harlem living their day-to-day lives but done in the style of 1700s Victorian art rather than gatekept to only white bodies. Regarding the piece’s origins, Bridges explains:

As an African American living in Harlem, I have always been intrigued and inspired by the historical narrative of the decorative arts, especially traditional French toile with its pastoral motifs from the late 1700s. I’m entertained by the stories these patterns tell and the questions they sometimes raise. But after searching for many years for the perfect toile for my own home, I decided that it quite simply didn’t exist. I created Harlem Toile de Jouy initially as a wallcovering then expanded the collection to include fabrics, bedding, plates, glassware, umbrellas and clothing.

The shoe itself features white canvas as the basis for its upper with the artwork interspersed throughout the upper and tongue. An orange “UN/LA” tab is stitched to the lateral side of the shoe just like Union’s previous collaborations with Jordan Brand. Standard converse logo patches appear on the leather circle badges which matches with a vulcanized rubber midsole. The outsole is done in a bright contrasting orange to complete the look. A matching apparel line will be releasing alongside the shoes. The Union LA x Converse Chuck Taylor High “Harlem Toile” drops October 13th over at converse.com for $100 USD.

Scroll below for further images.
All photos by Converse. 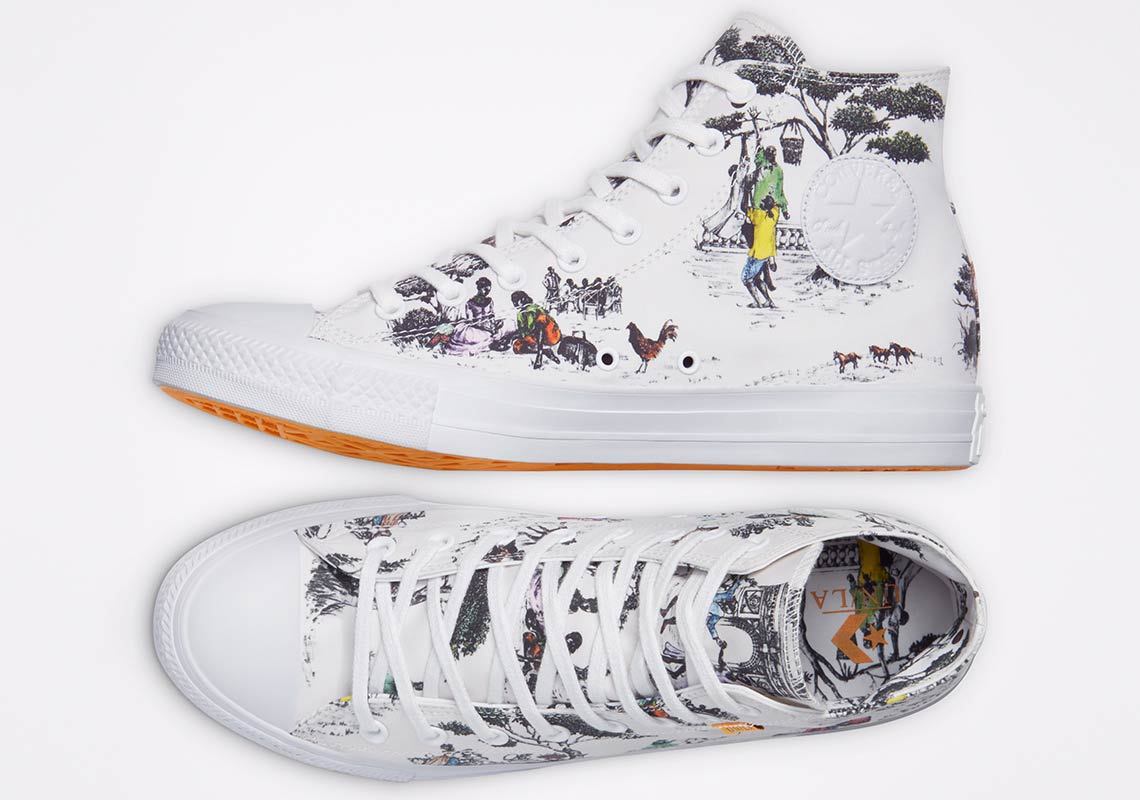 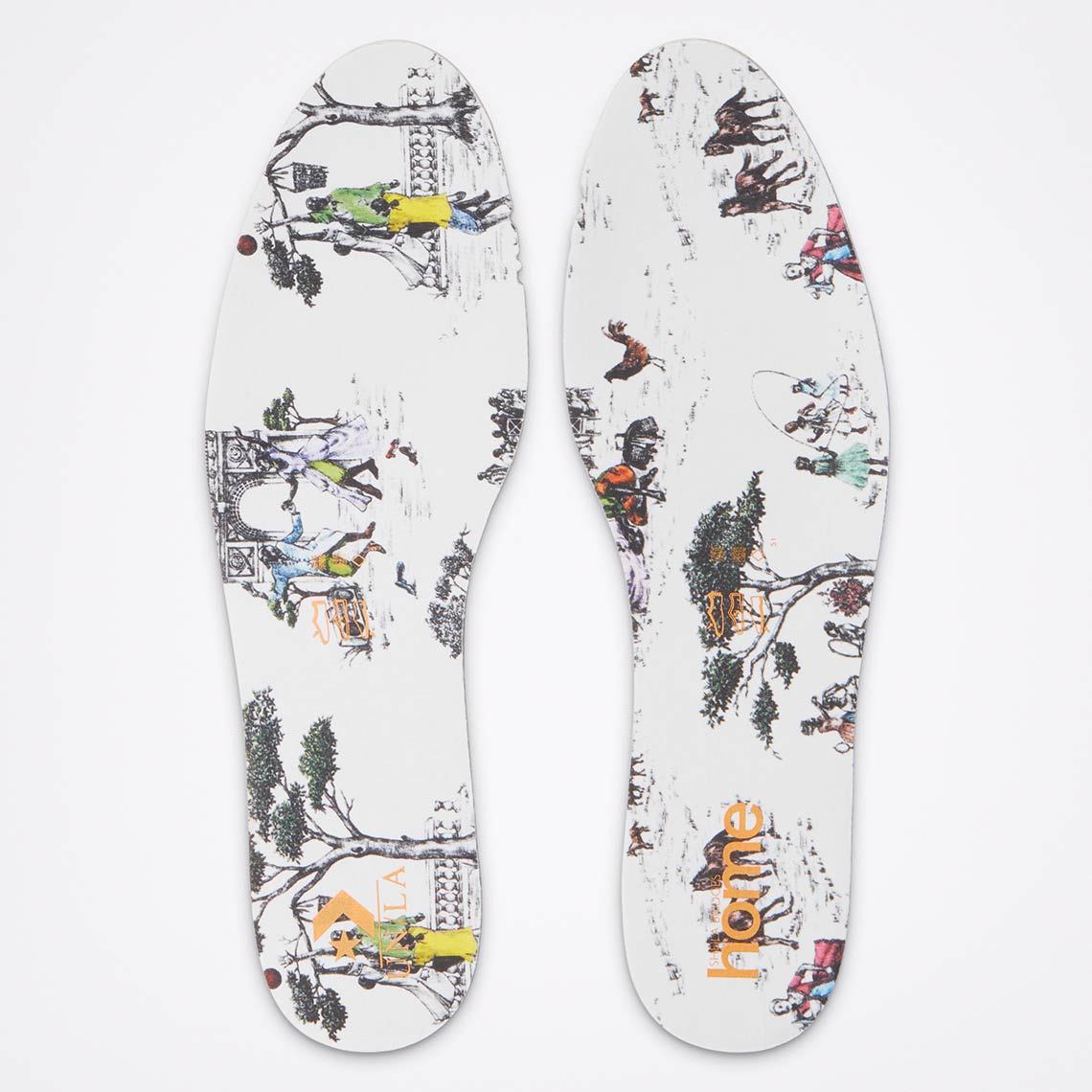 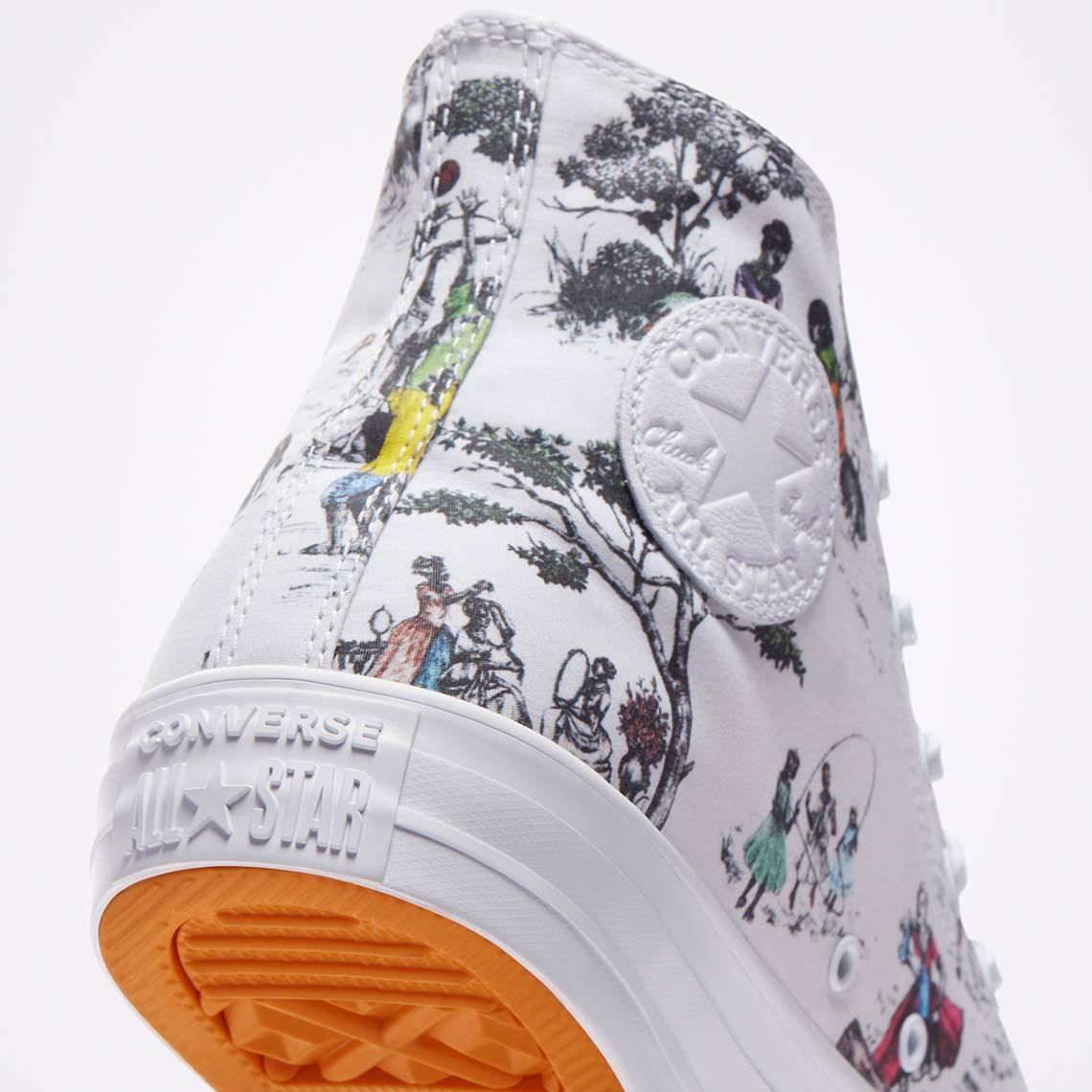 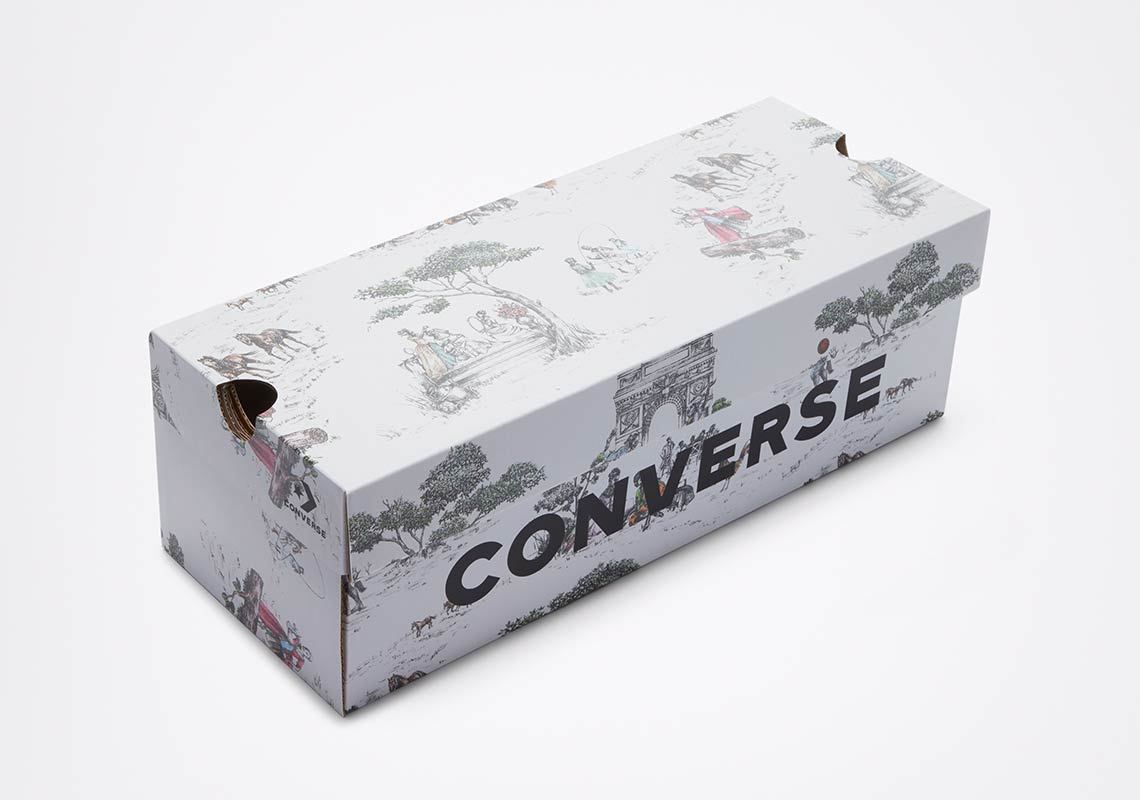 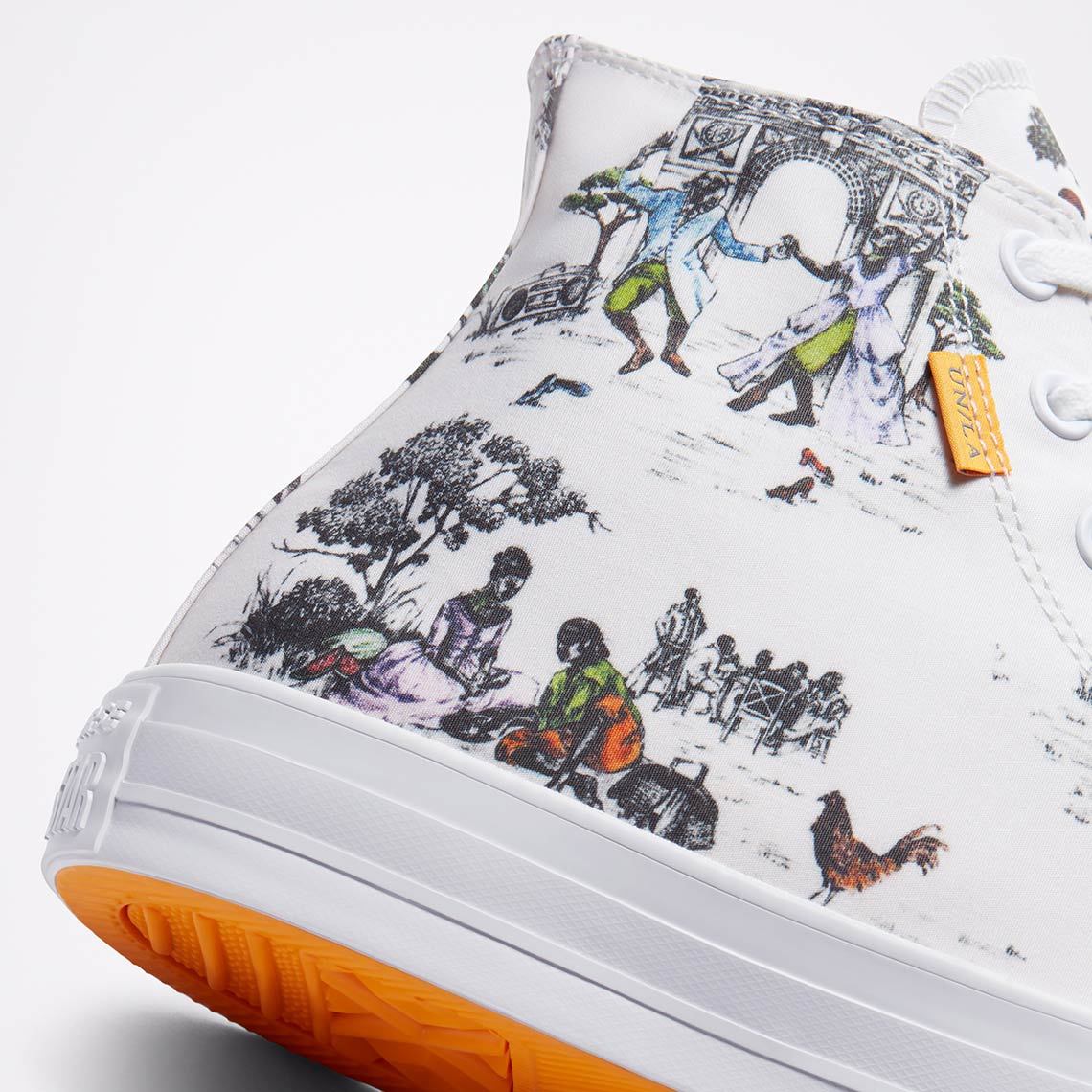 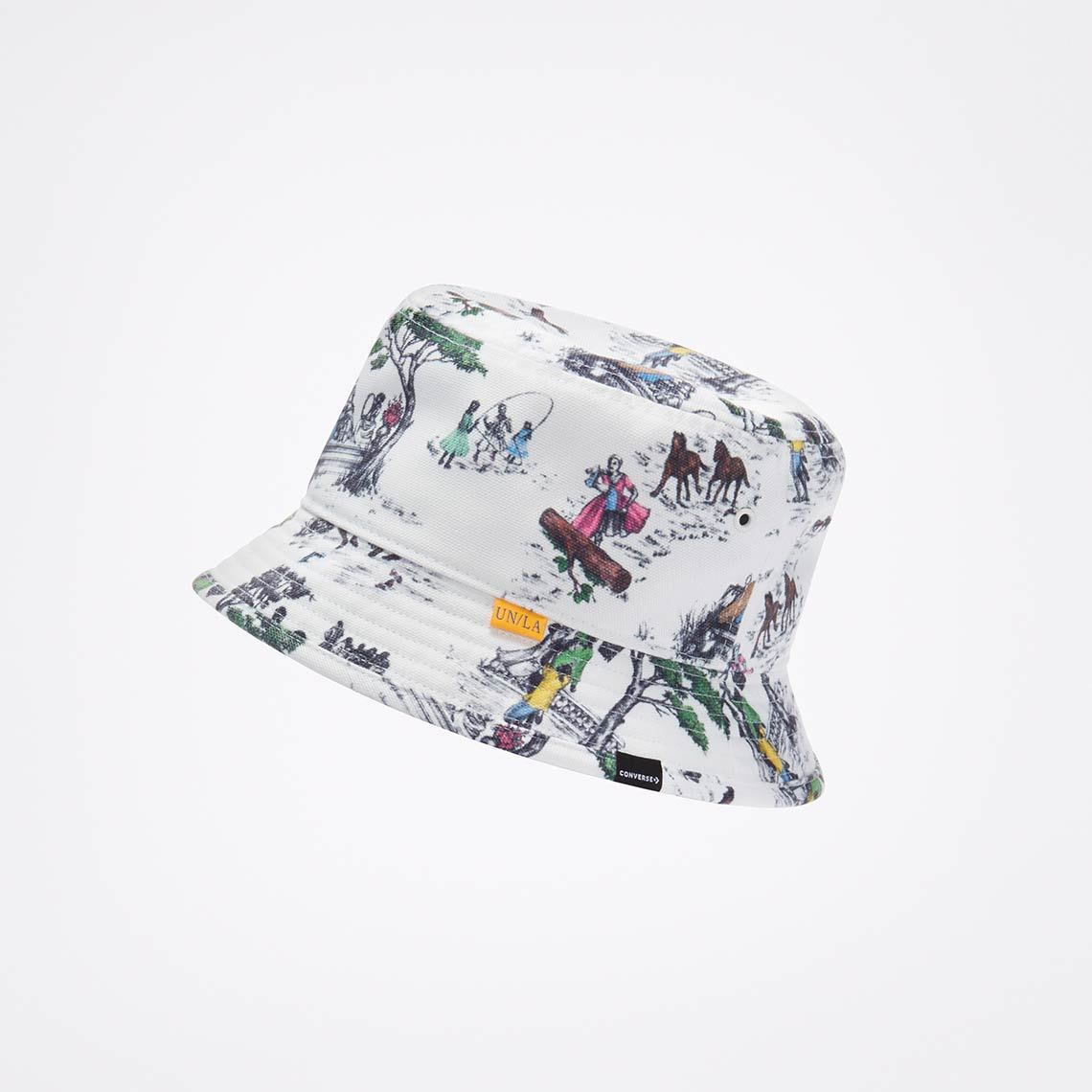 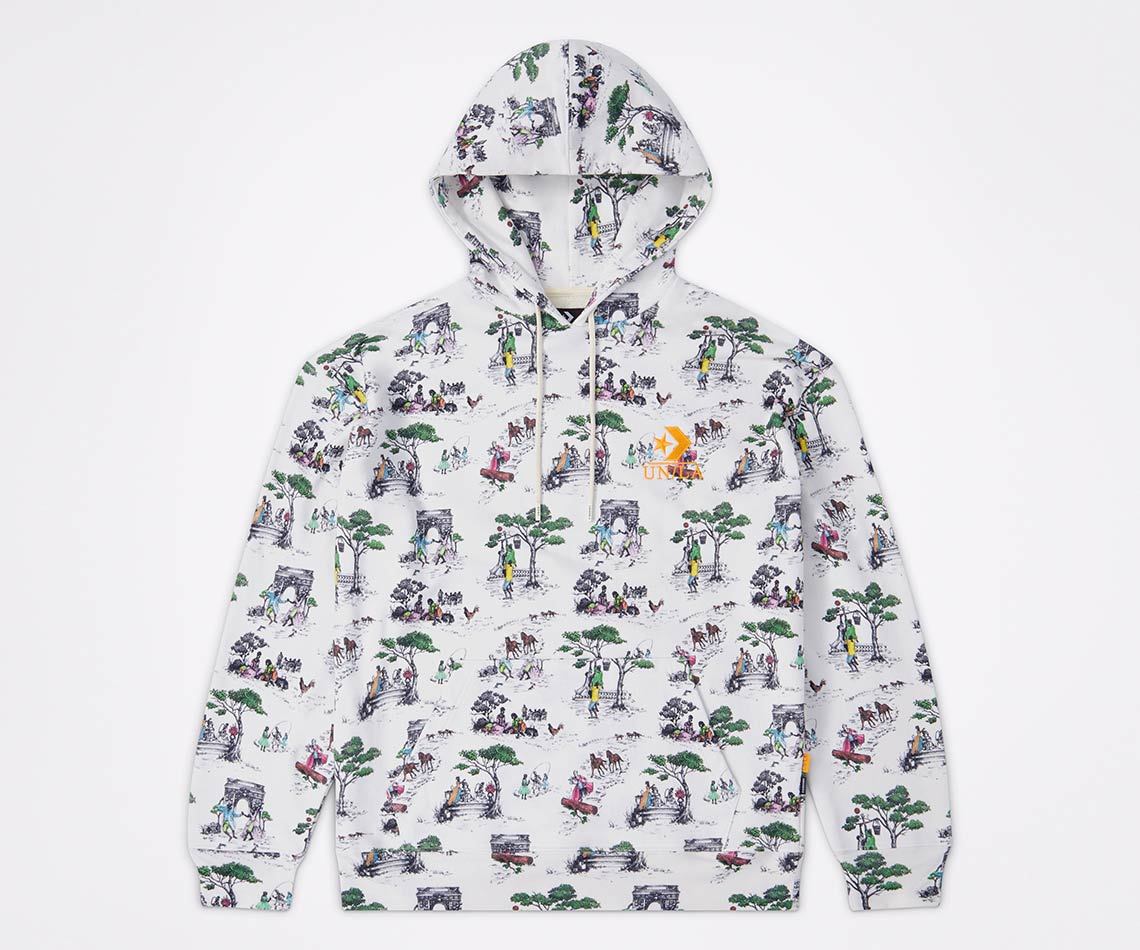 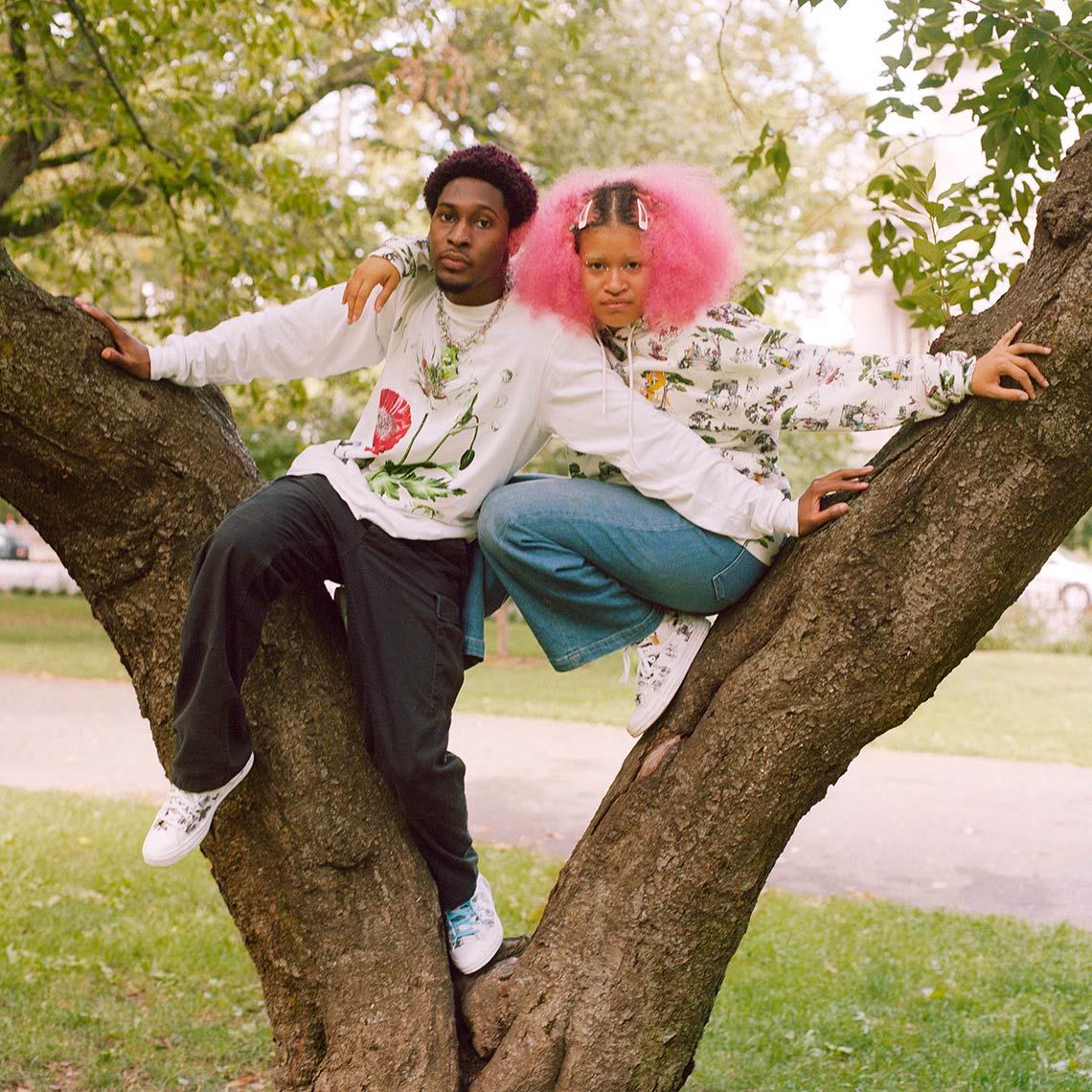 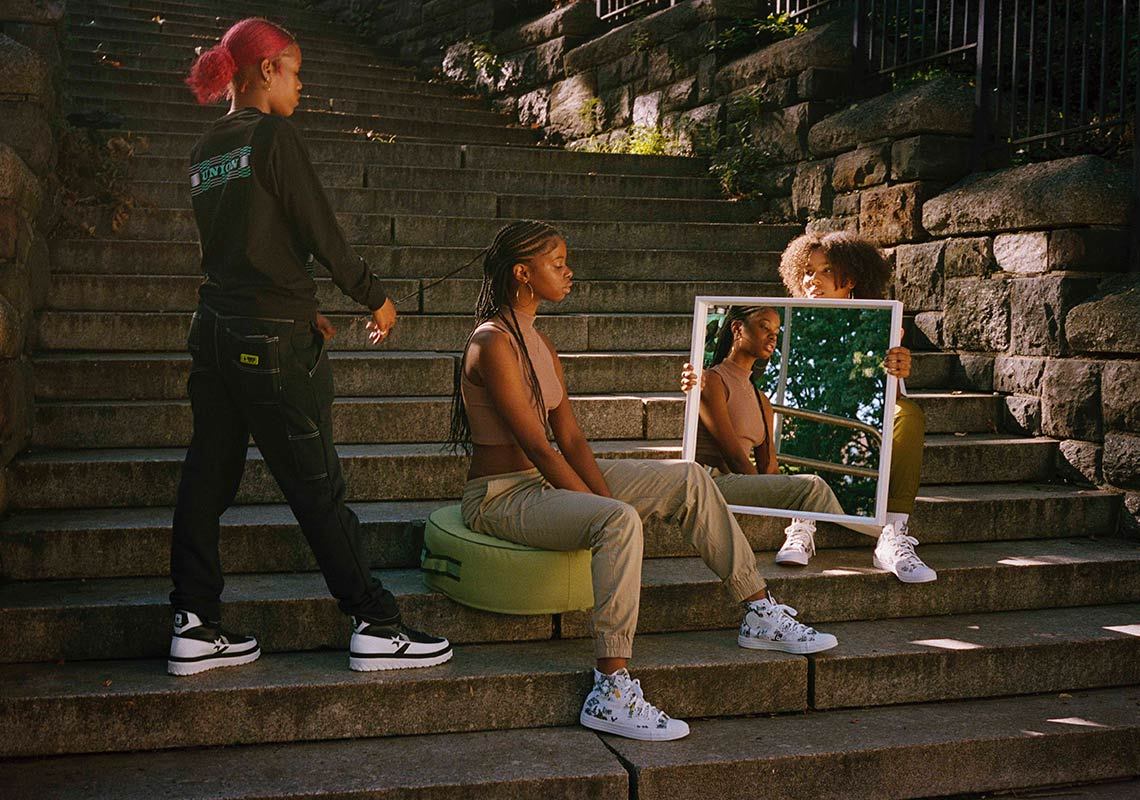 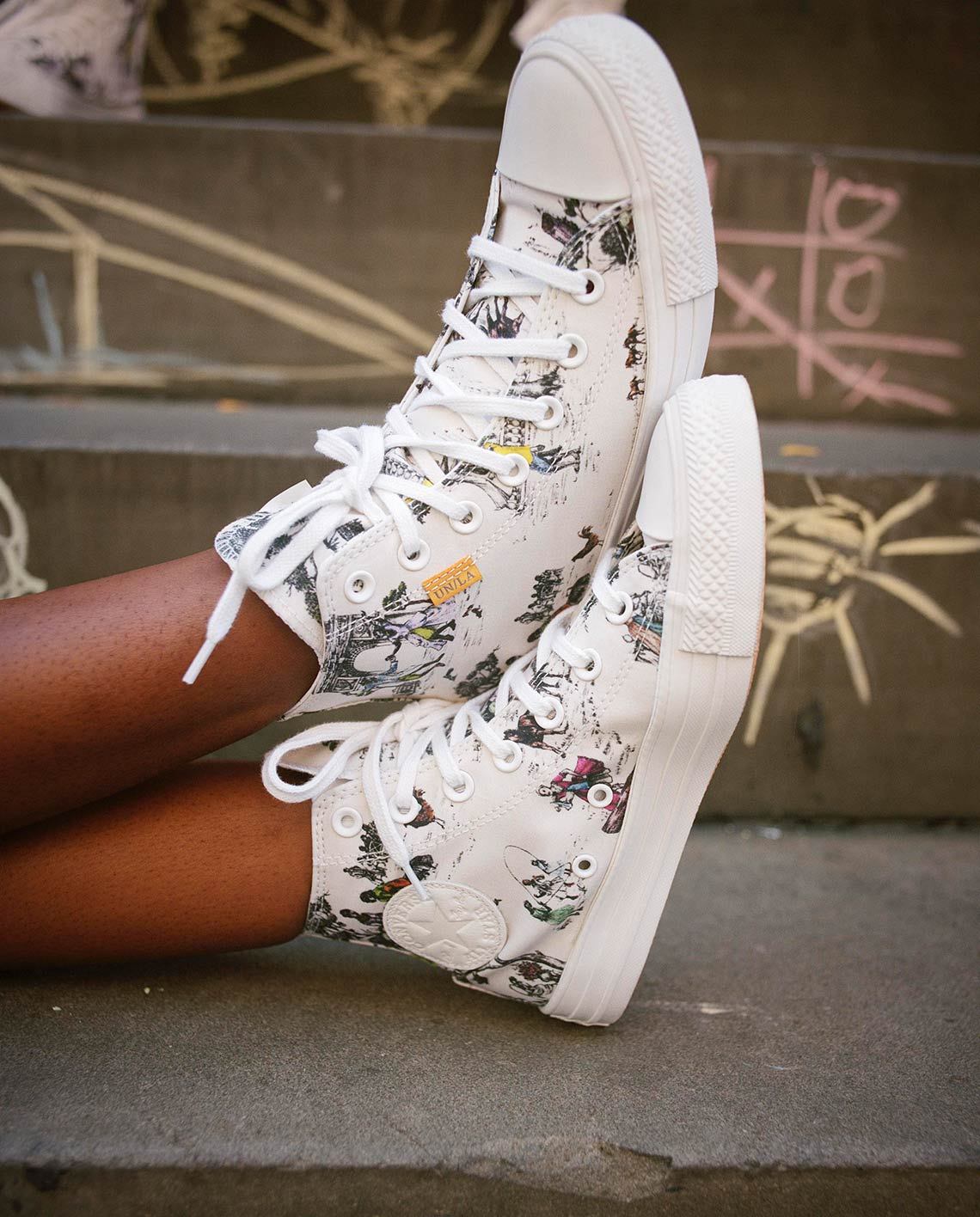 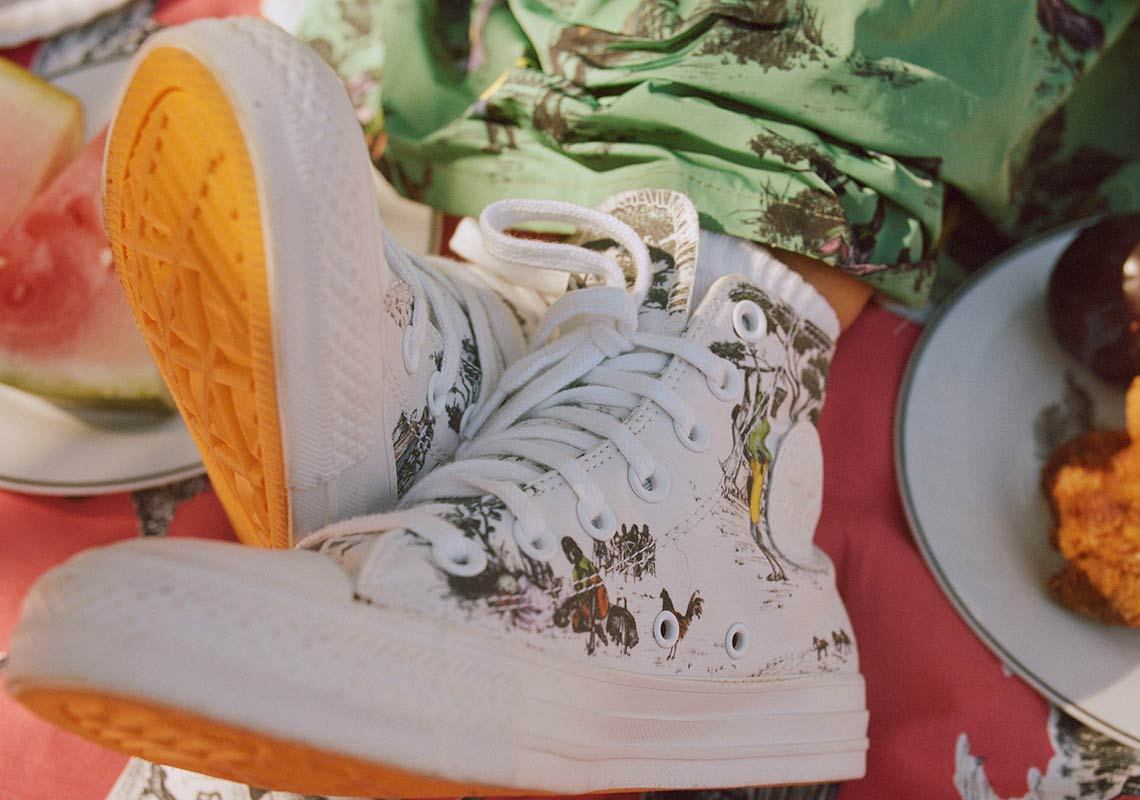 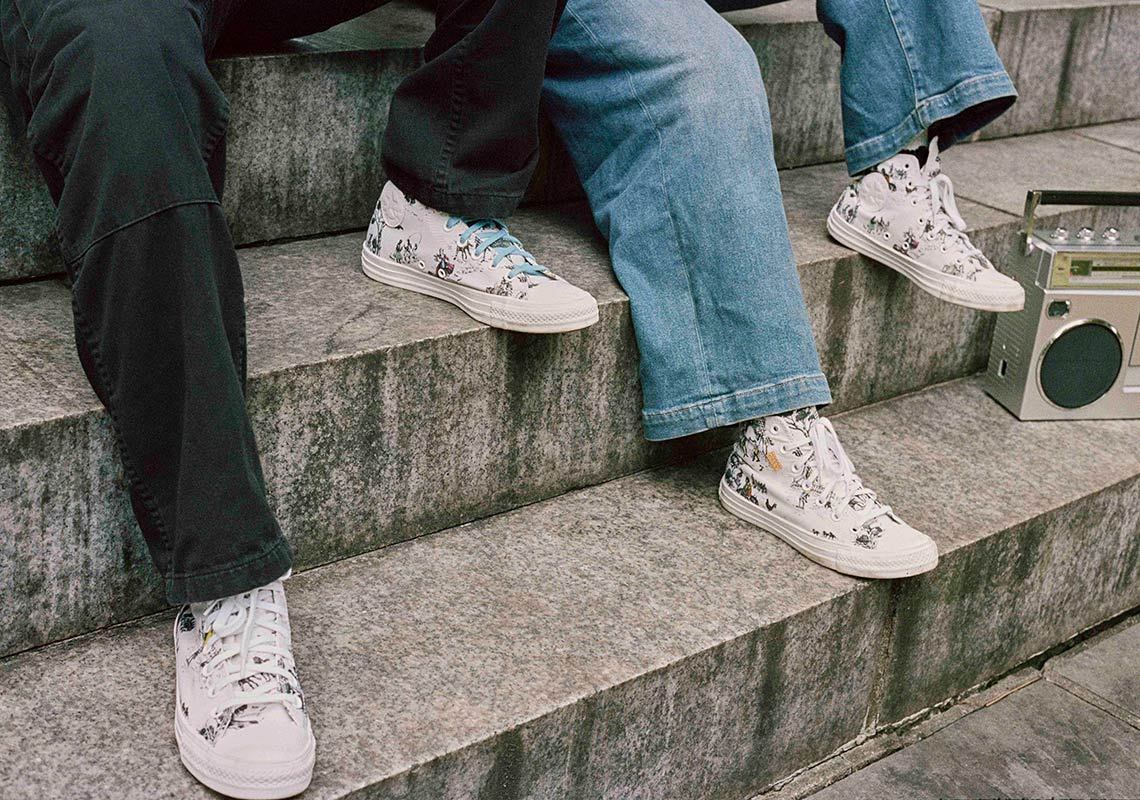