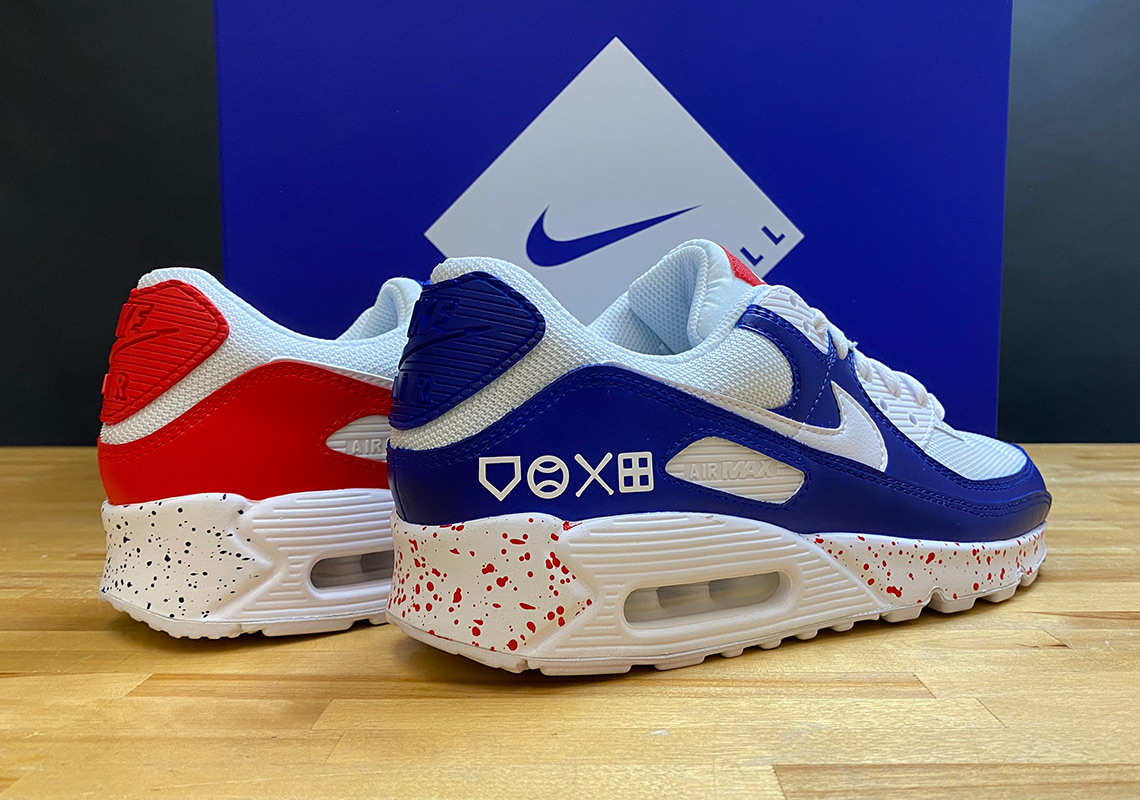 Players of the PlayStation 4 exclusive title “MLB The Show 20” have a chance at winning 1 of 50 pairs of special edition Nike Air Max 90s.

To commemorate the release of the latest title in the succesful MLB videogame franchise, Nike has teamed up with PlayStation and the game’s developers to release these AM90s through an in-game contest. Play the “Nike Javy Baez Moment” in the game and you’ll be entered into a sweepstake to win a free pair of the co-branded kicks.

Arriving in a mismatched, two-tone red/white and blue/white set, these AM 90s feature unique Sony Playstation insignias –  modified to look like baseball equipment – across the posterior side of the uppers, all atop a white midsole with red speckling. The sneakers also feature MLB The Show branding on one tongue and standard Nike imprint on the other.

The show will not release elsewhere, so if you want a pair you’ll have to get yourself of a copy of MLB The Show 20 before the sweepstakes is over.