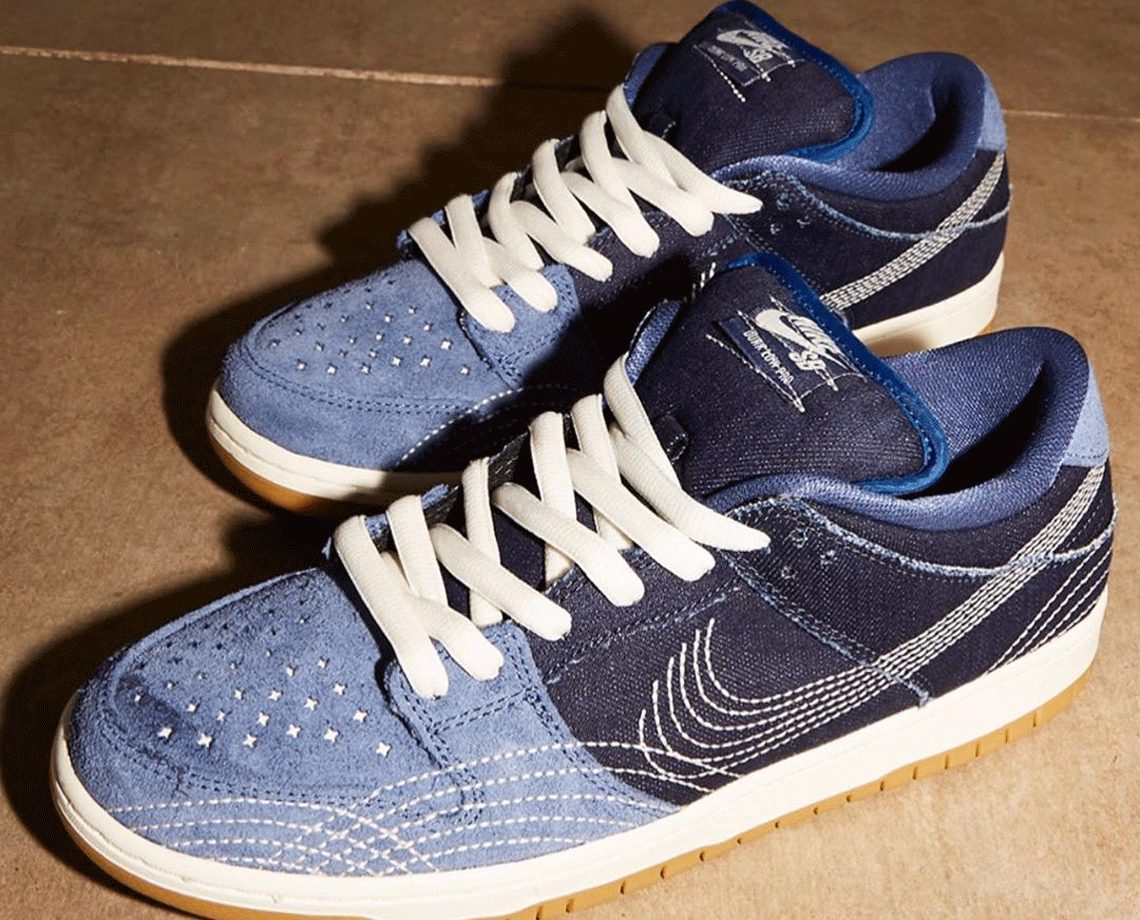 Sashiko is an ancient Japanese embroidery technique that dates as far as back as the 16th century but is still used to great effect by contemporary designers such as Kapital to this day. Nike looks to this beautiful style of embroidery and implements the Japanese techniques on an upcoming collection slated to release this August.

Leading the “Sashiko” Pack is the ever desired Nike Dunk Low Pro which uses light blue Suede for the toebox, mudguard, and heel tab but indigo-dyed denim for the rest of the upper and tongue. The traditional leather Swooshes are replaced with six, curved lines of Sachiko style embroidery in white thread that create the silhouette of a Nike Swoosh as well as emulating the look of ocean waves. Cross-shaped sashiko patterns appear on the toebox in place of traditional perforations and zigzag patterns is done over the top of the tongue tag. Further “waves” are embroidered by the heel and lateral side of the mudguards.

Both pairs of Blazer Mids are far more understated than the Dunk Low Pro, opting for zigzag sashiko patterns across the Swooshes and a flurry of cross-shaped patterns overtop the Nike branded heel tab. One colorway features an Indigo Blue upper with natural cotton Swooshes and detailing across the sides and heel as well while the other dons a Beige canvas upper with Indigo denim details. The Kyrie S2 Hybrid combines several design details from the other pairs into an elegant packaging. Its upper is done in a natural cotton white with Indigo Swooshes, lacestays, and outsole/midsoles. It also combines both White and Indigo colored thread for its Sashiko patterns that range from simple zigzags across the Swooshes to more intricate detailing such as embroidered wings and flowing swirls around the collar. The intricate lacestays feature both crosses and circle patterning throughout.

Scroll below for official images of the Blazers and Kyries as well as leaked images of the upcoming Dunk Low Pro “Sachiko.”
Photos 1 – 4 by Nike.
Photos 5 – 17 by @zsneakerheadz. 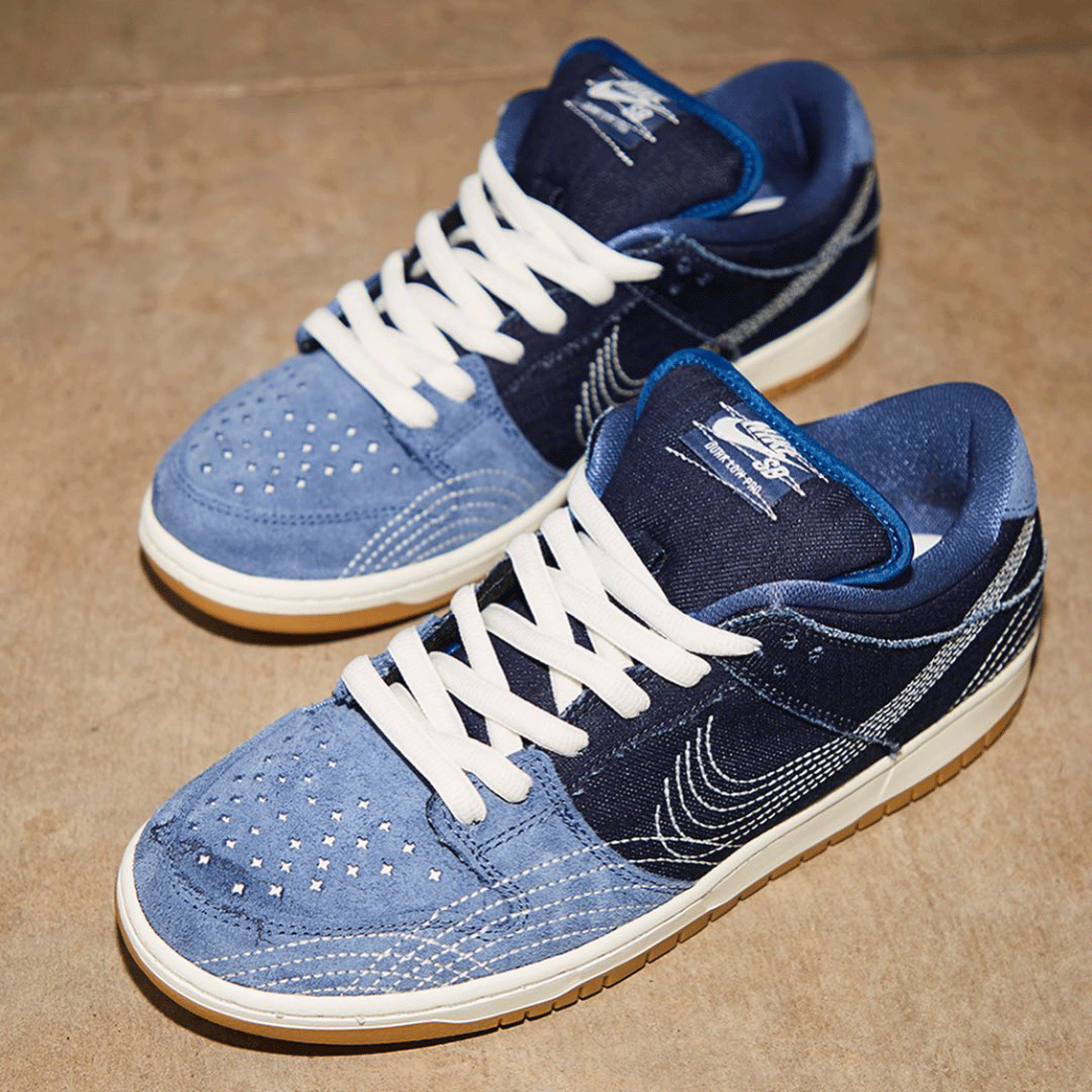 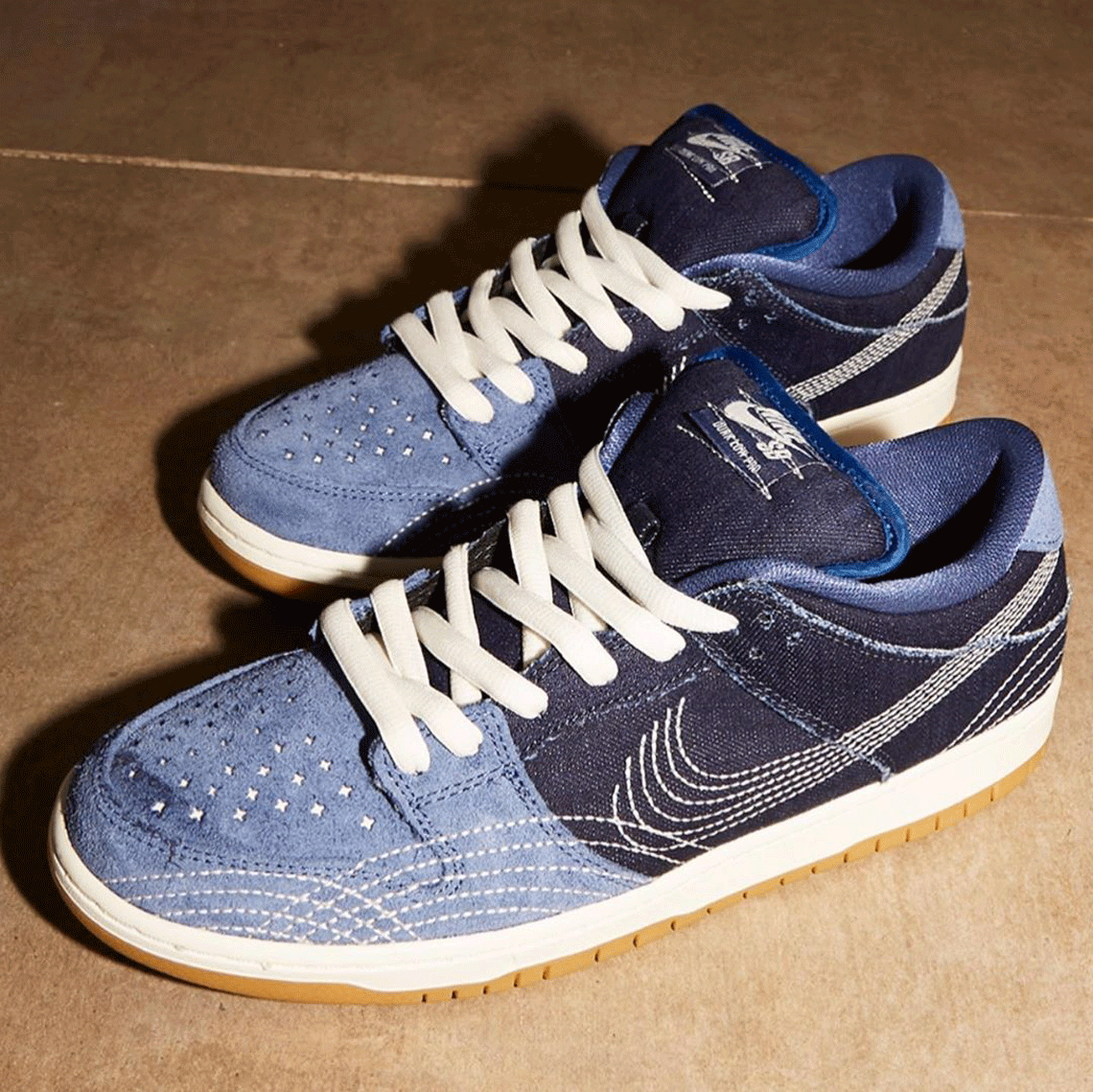 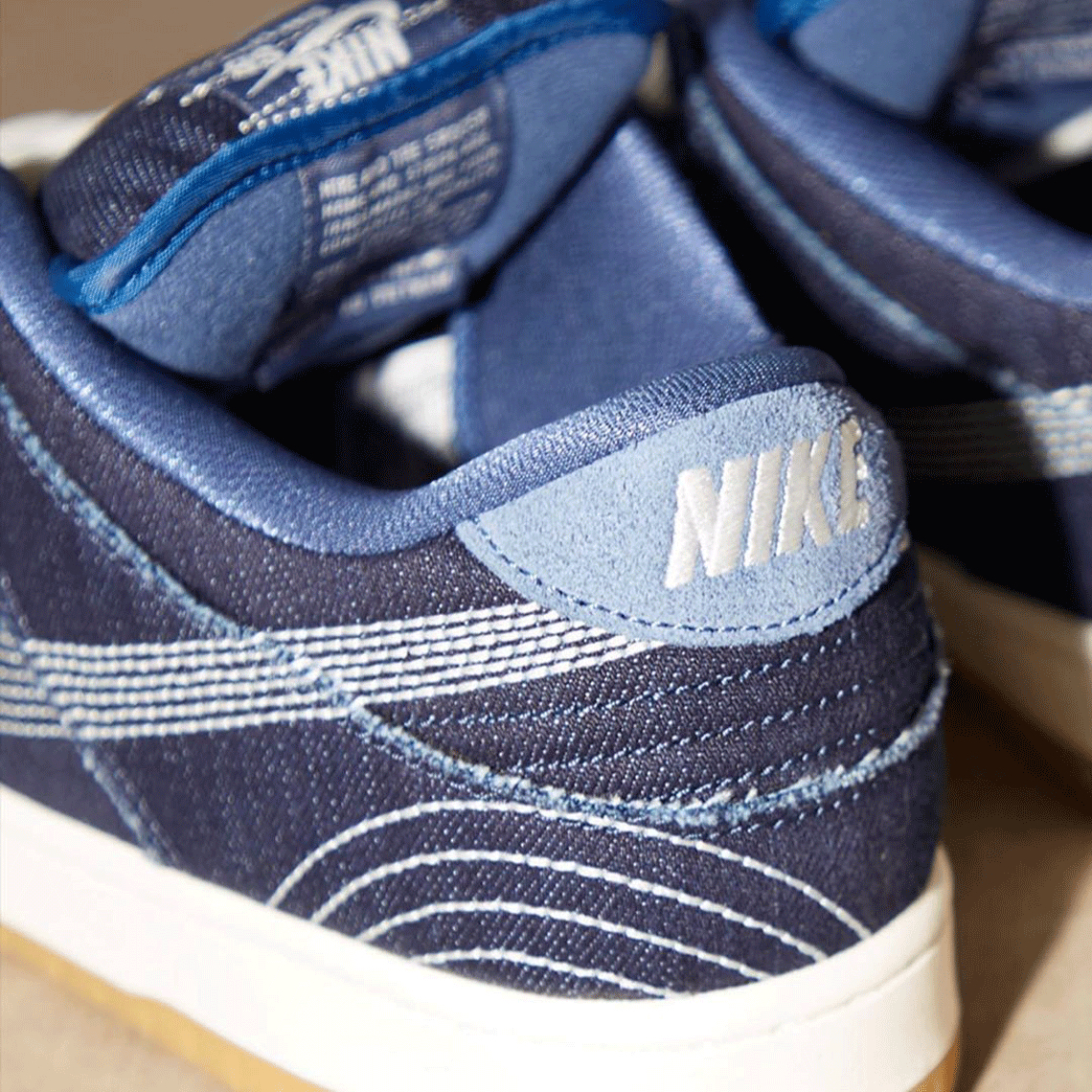 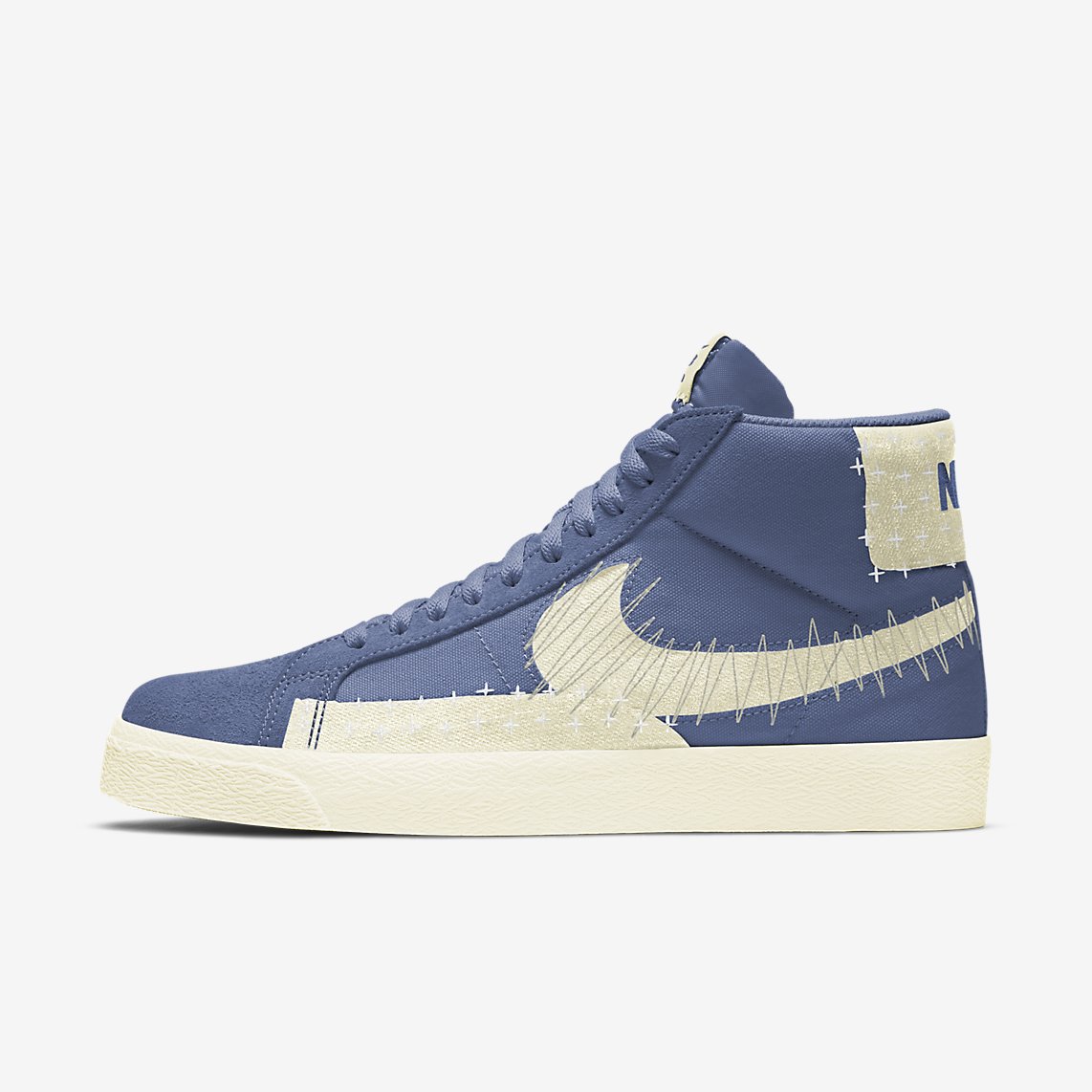 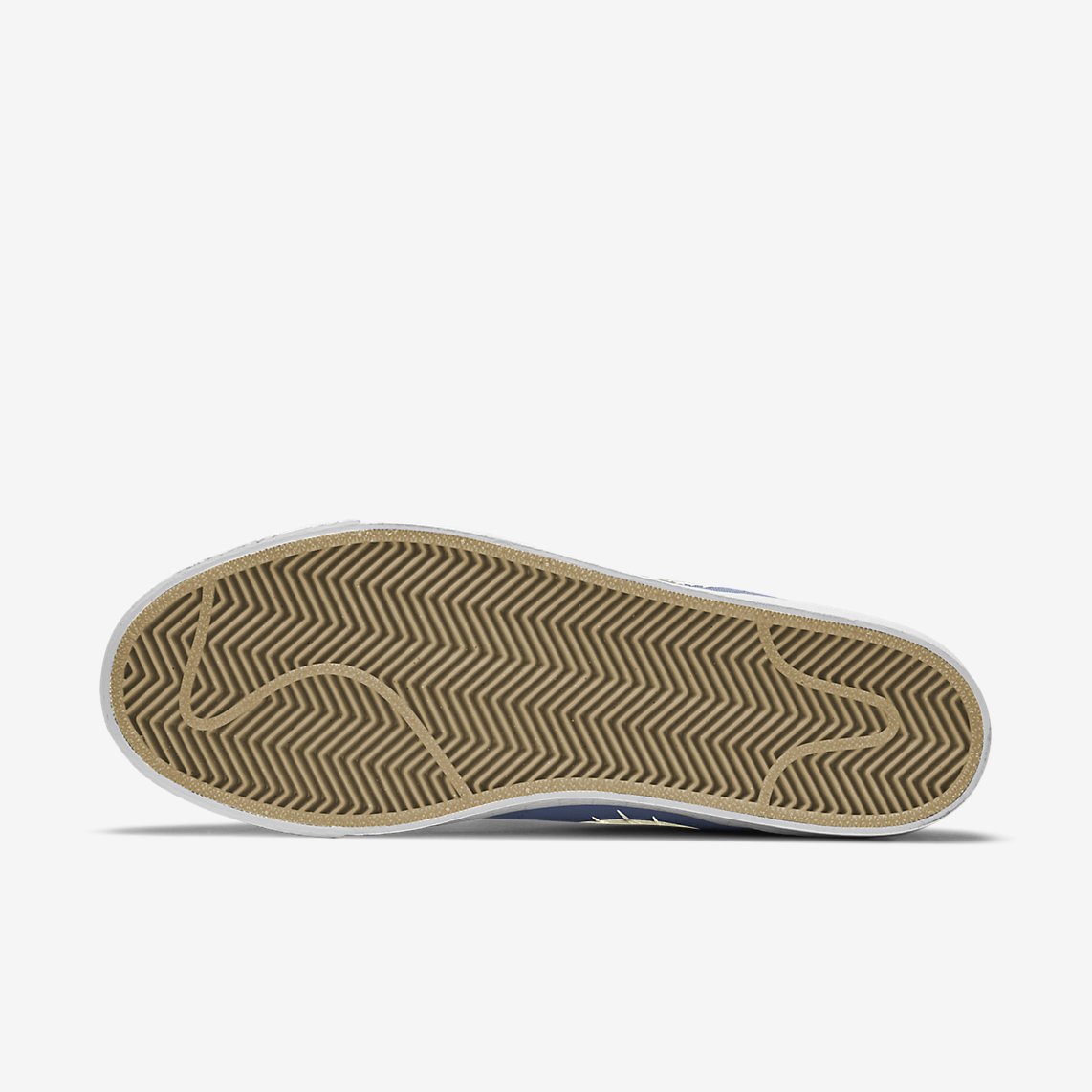 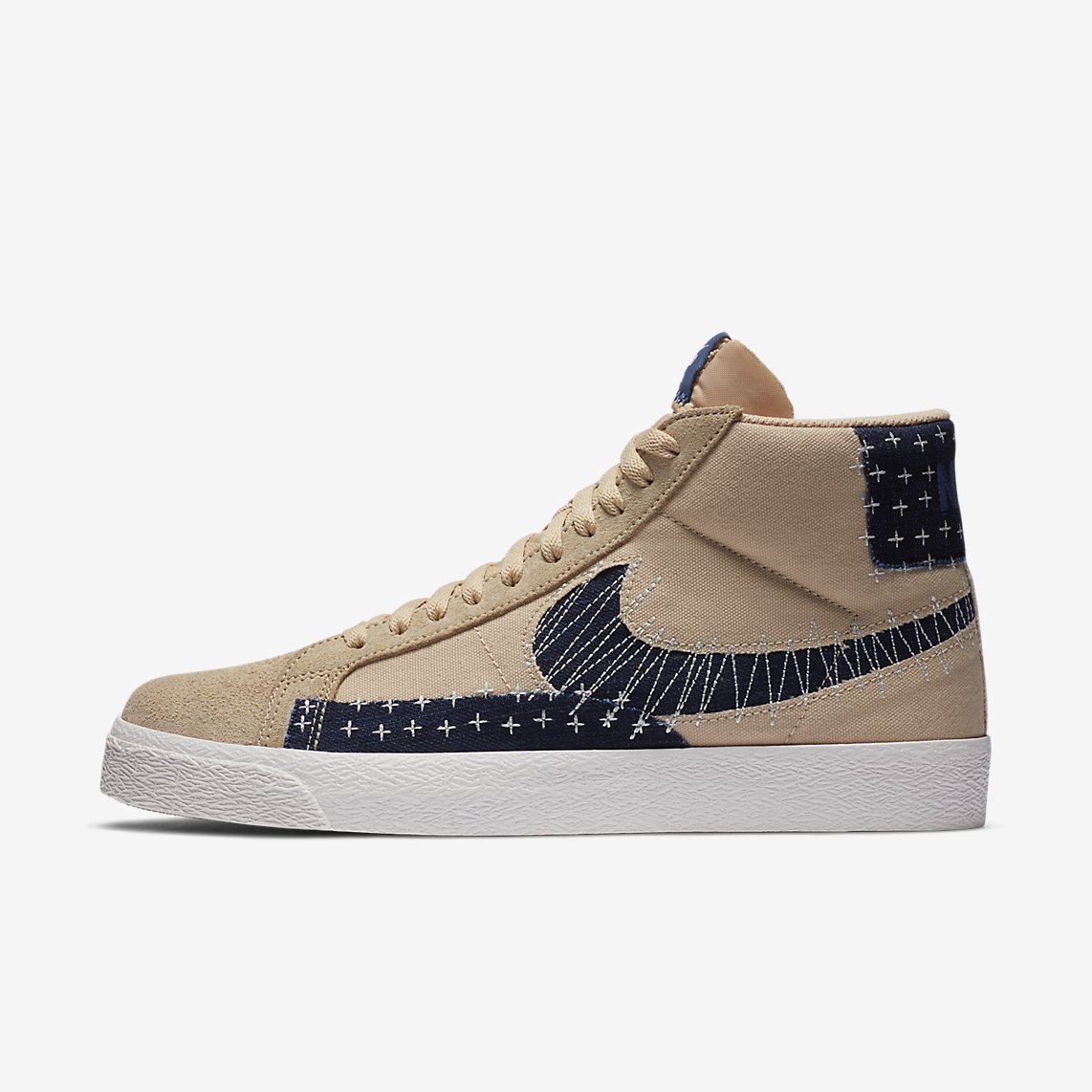 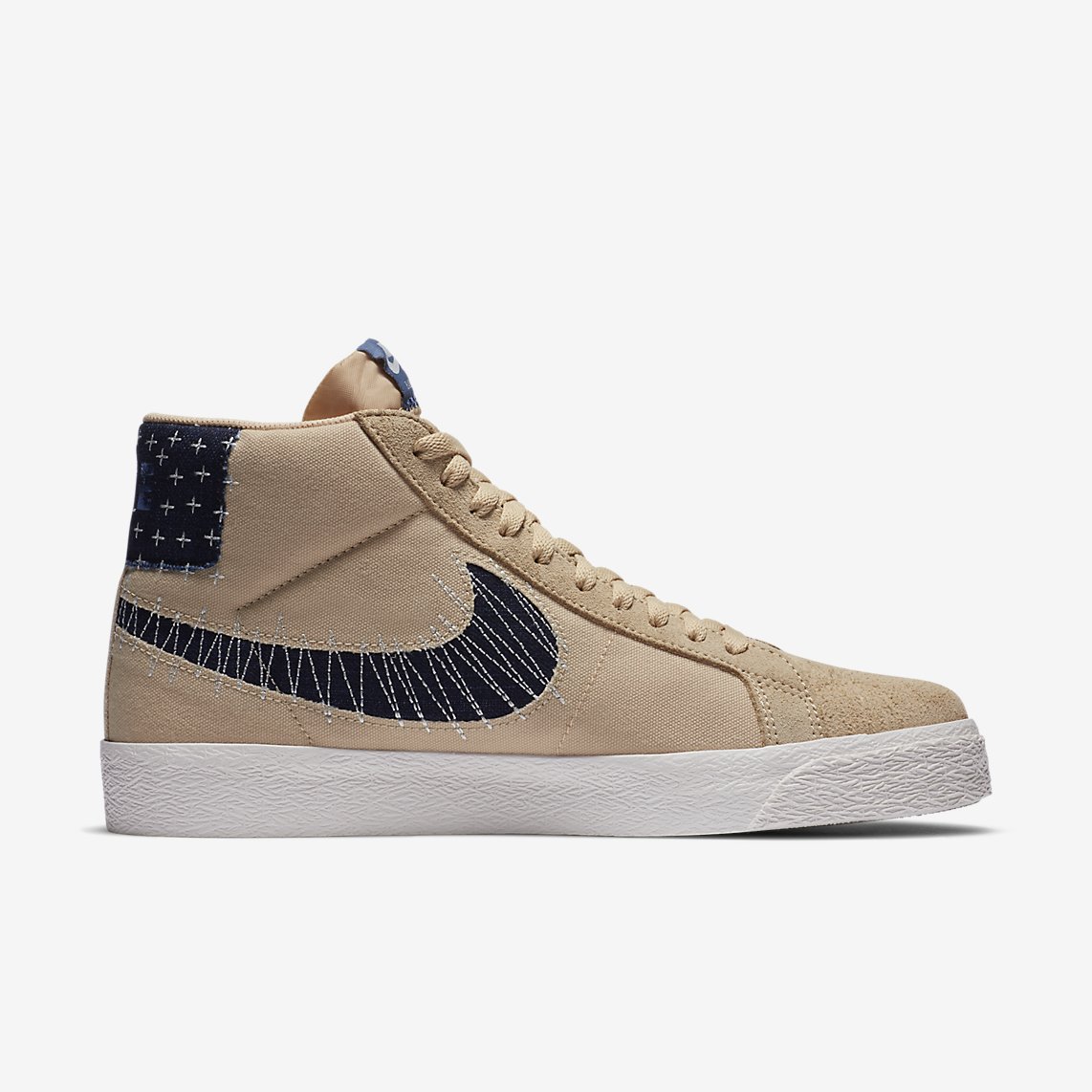 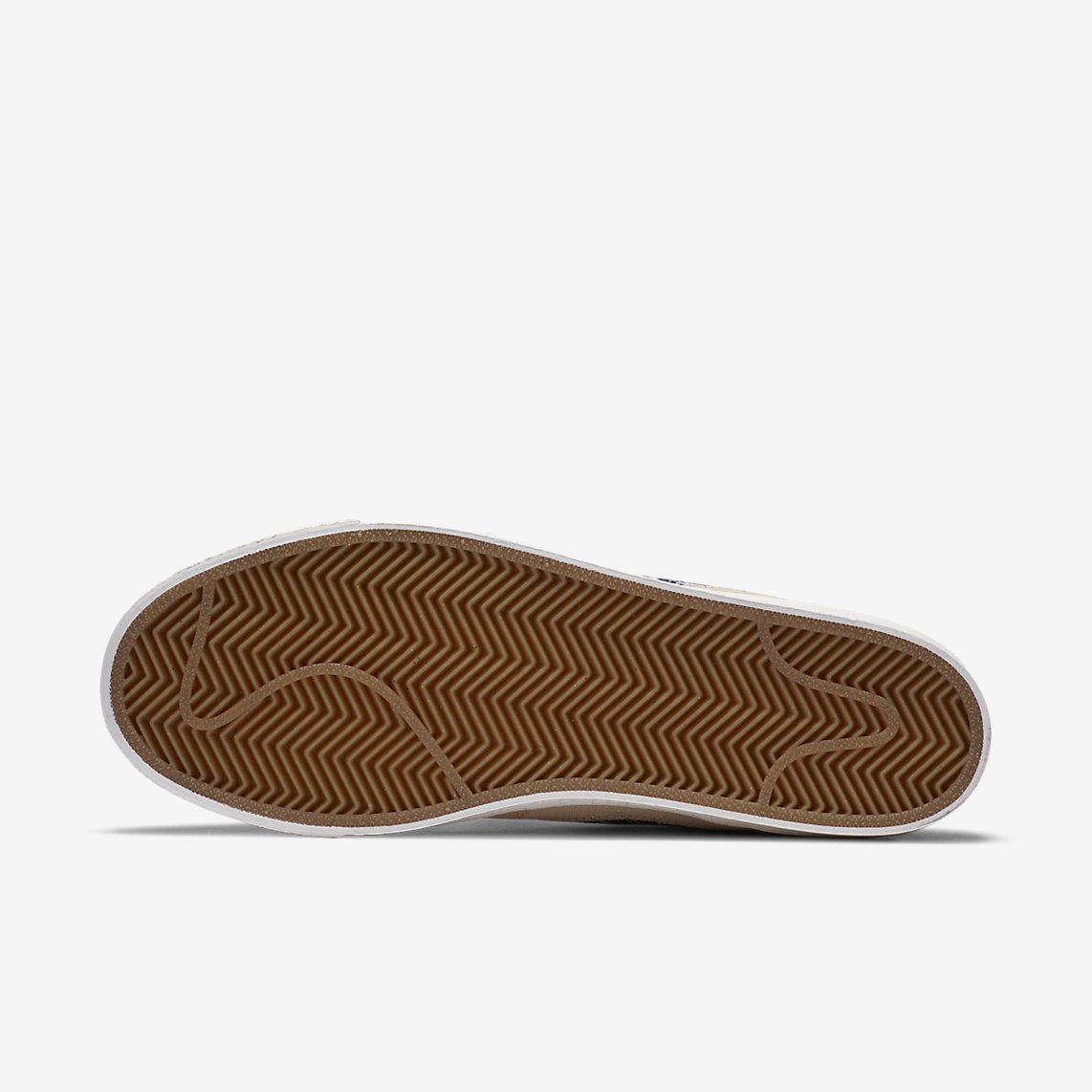 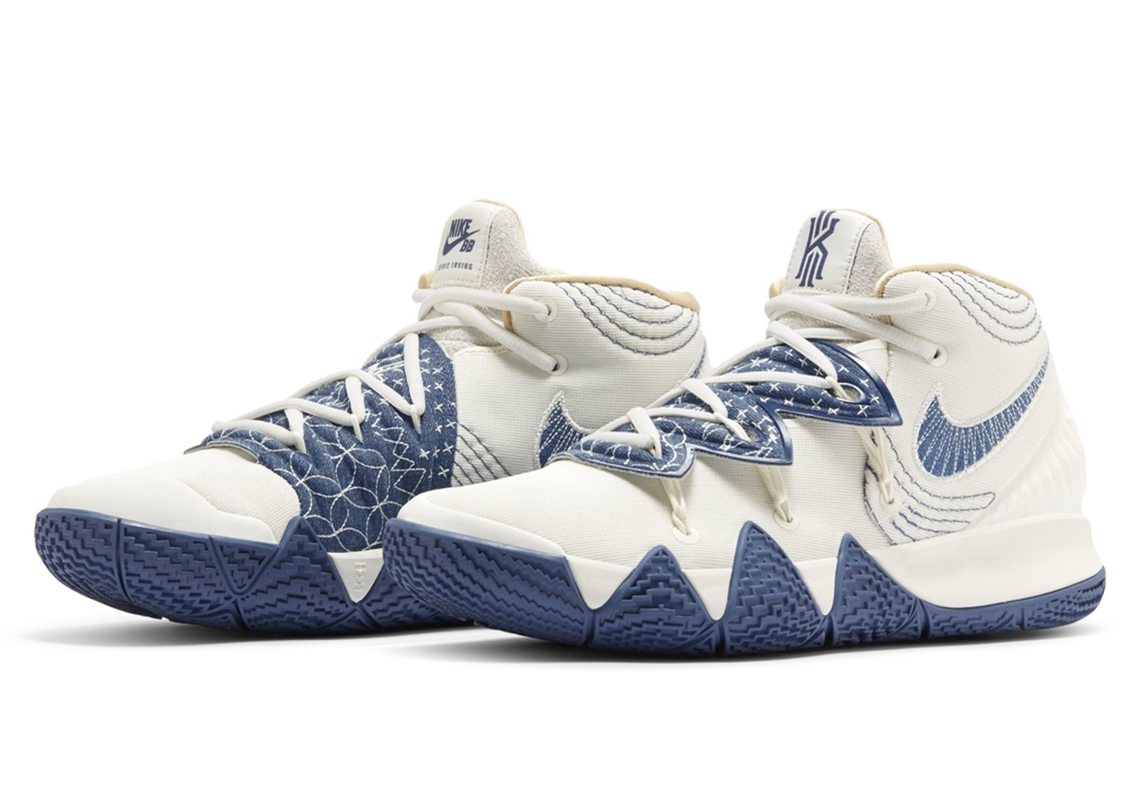 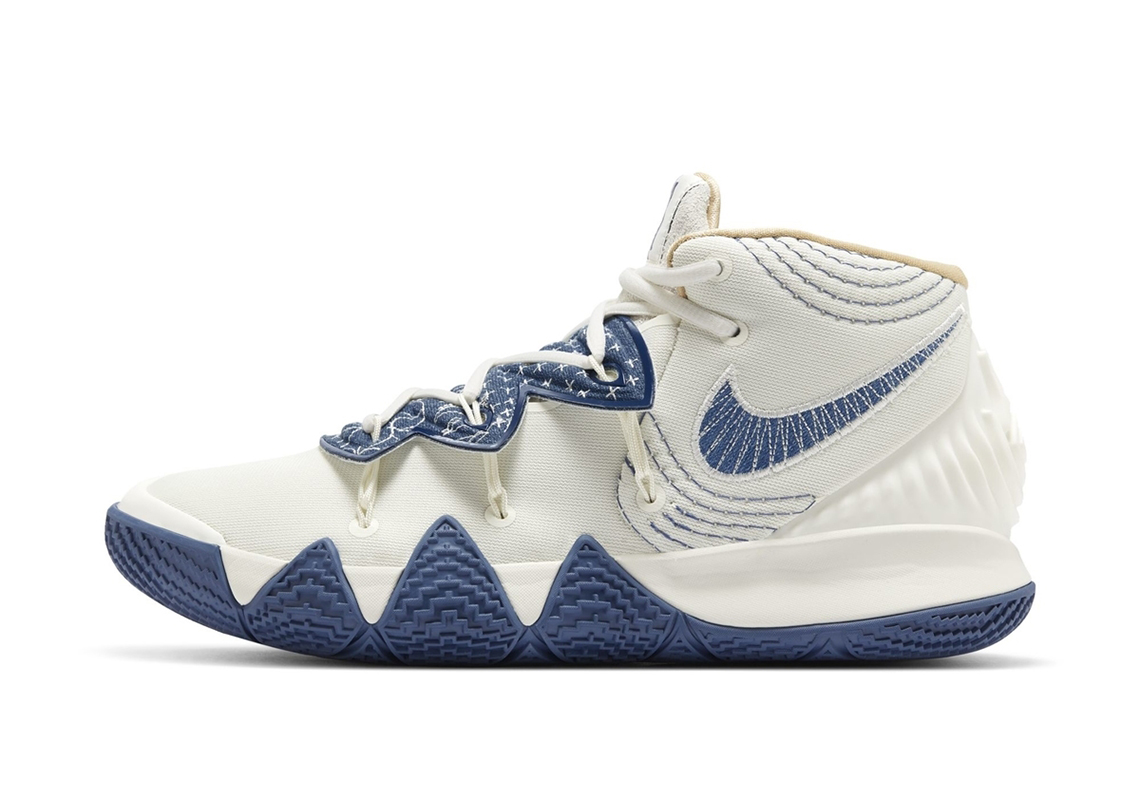 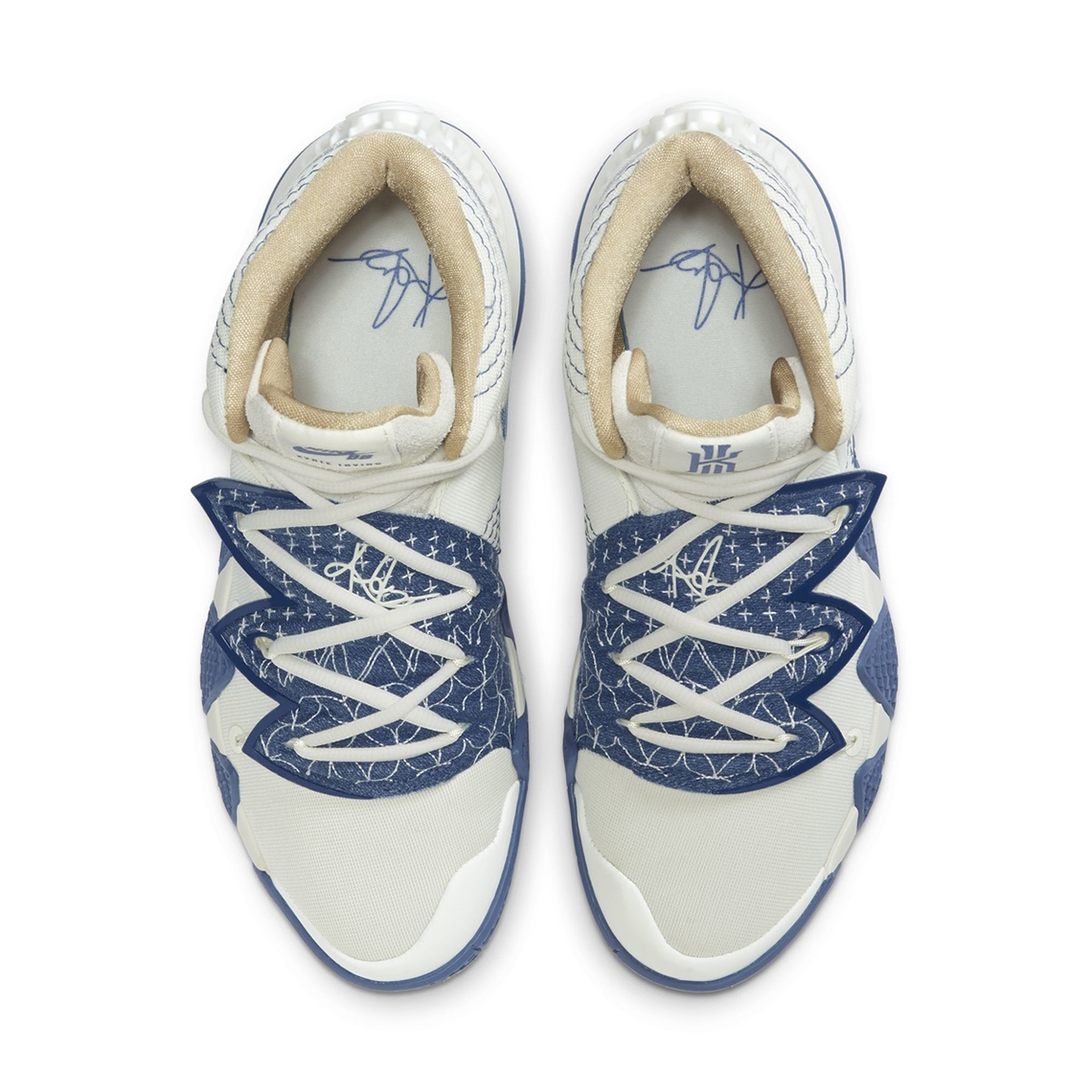 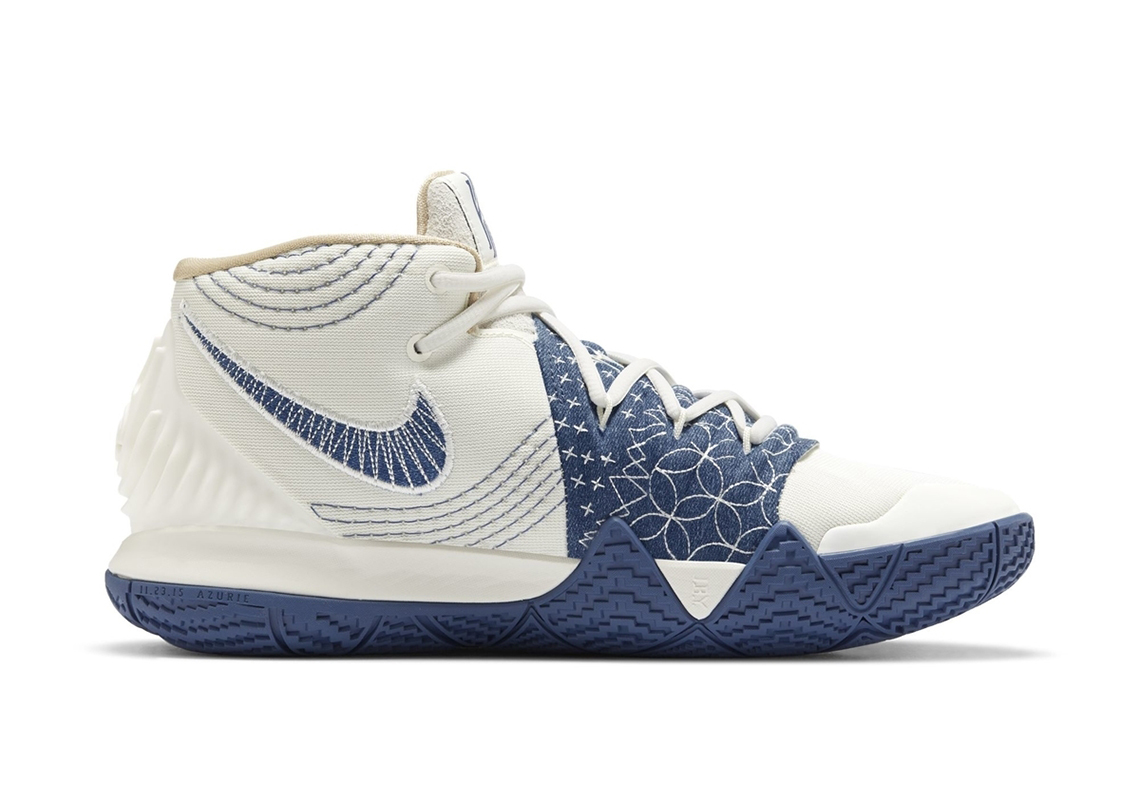 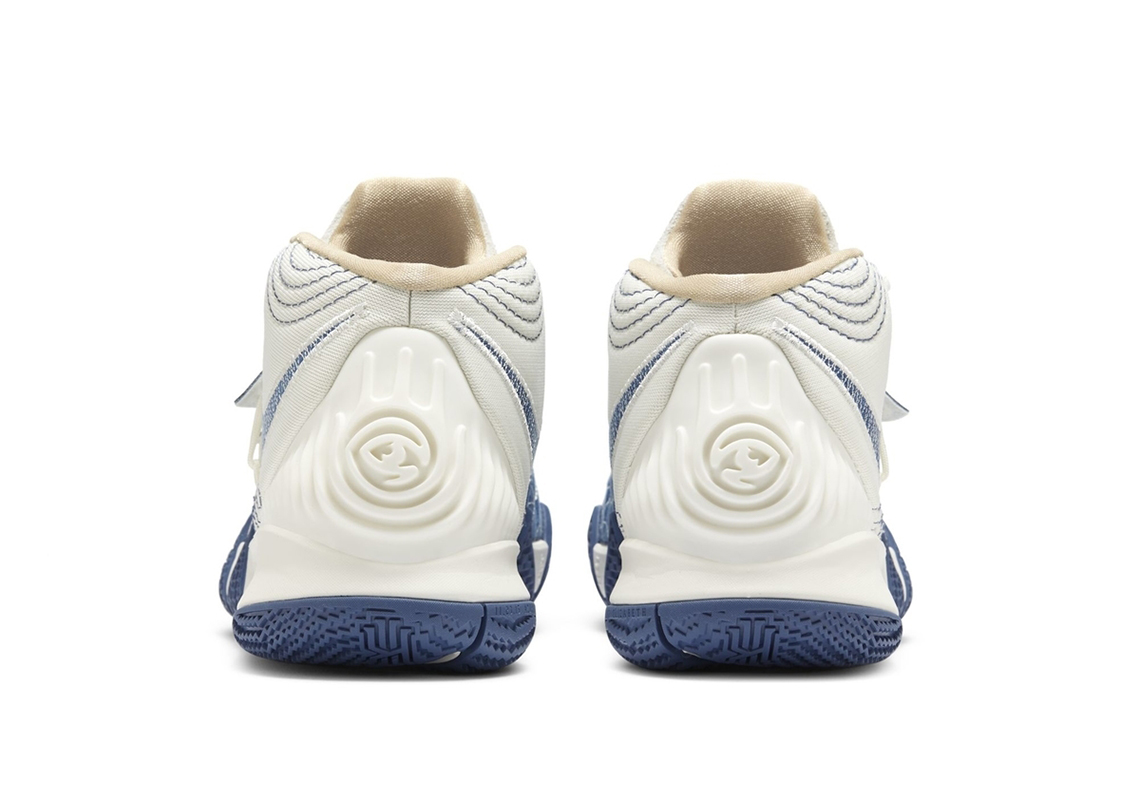 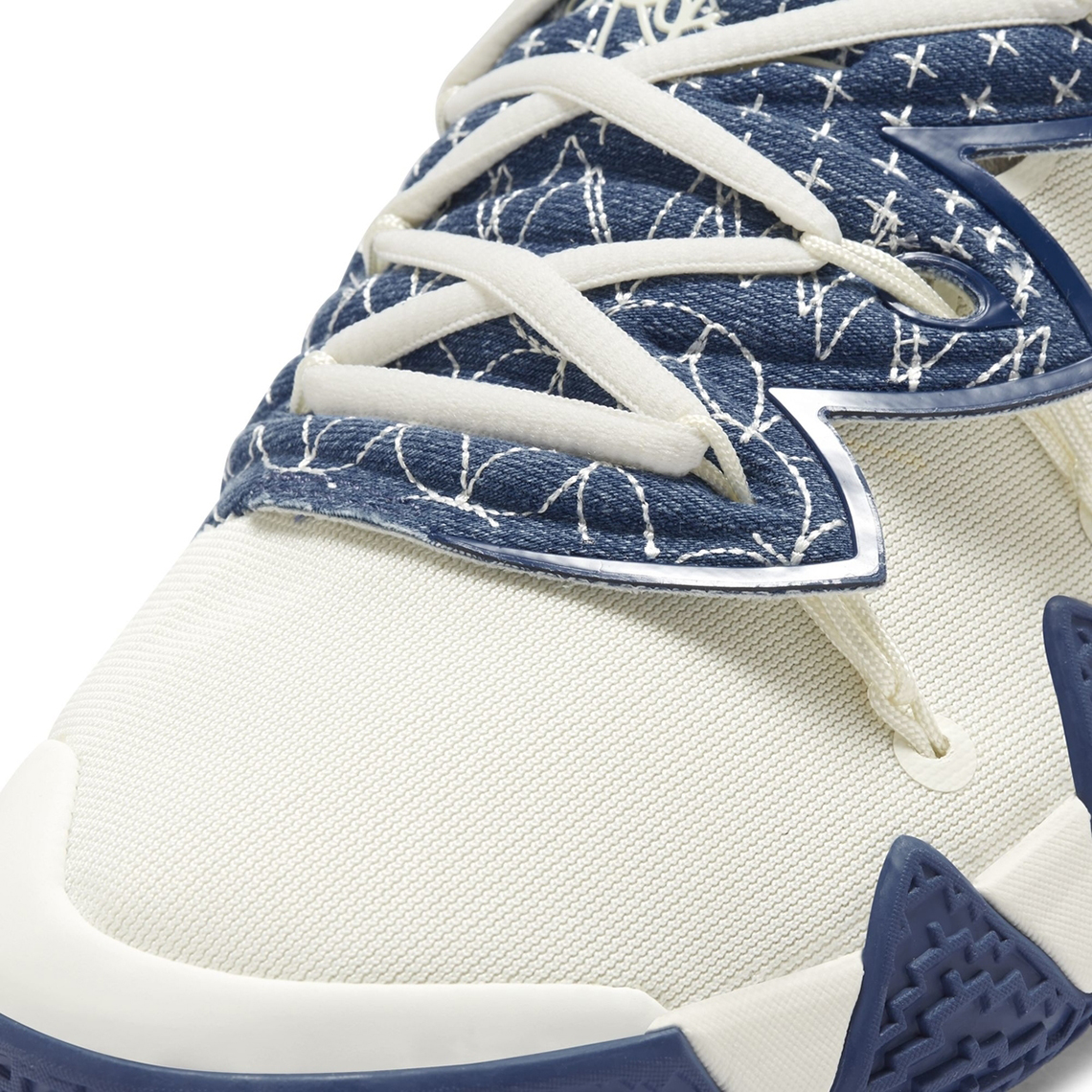 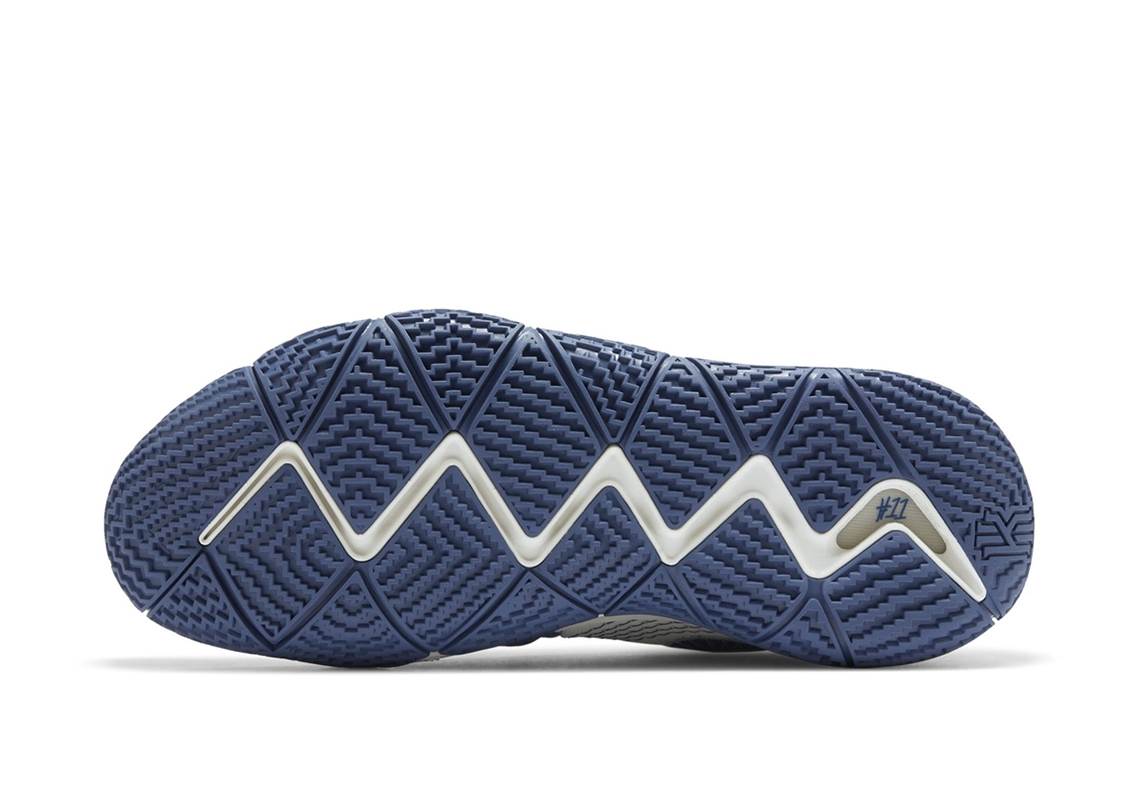 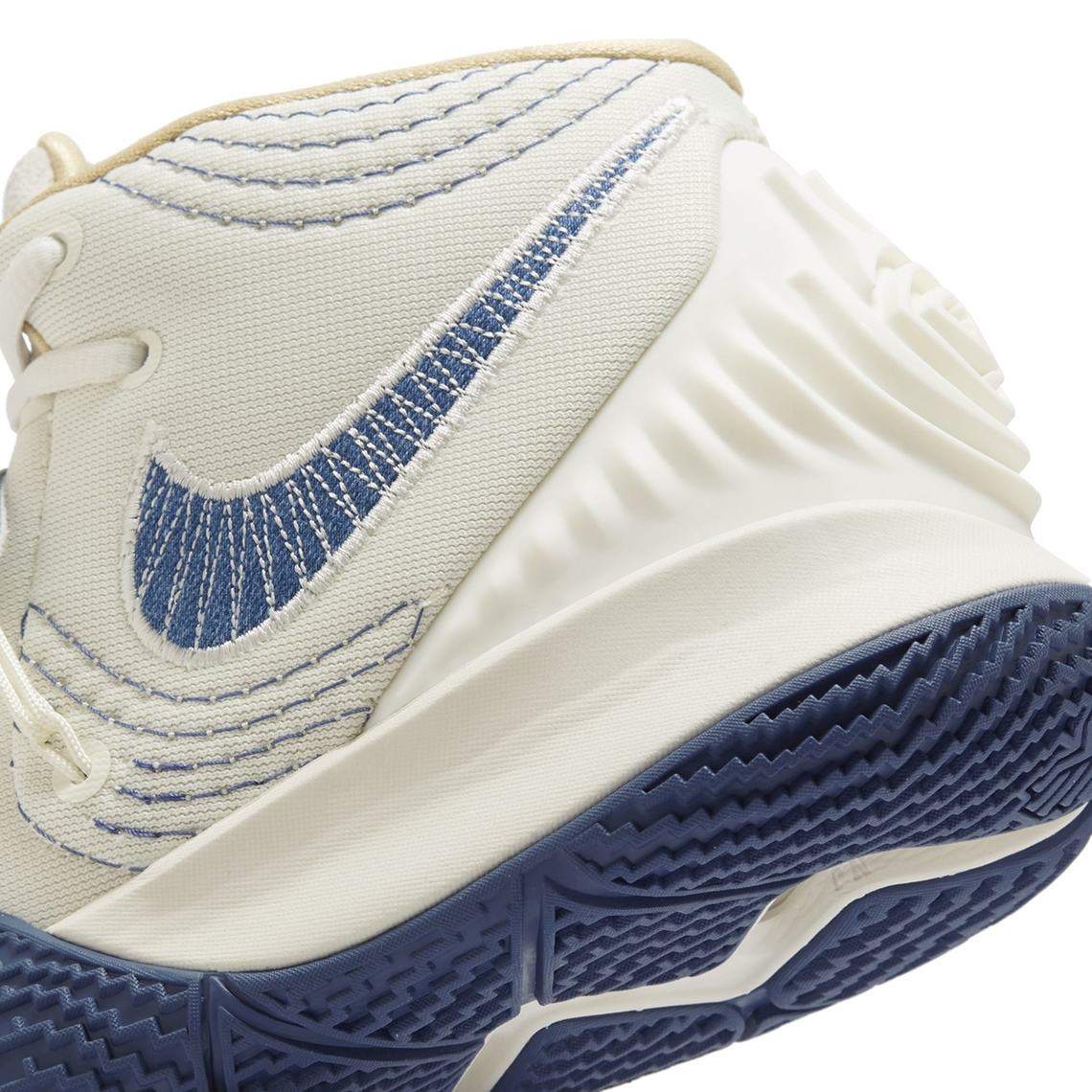