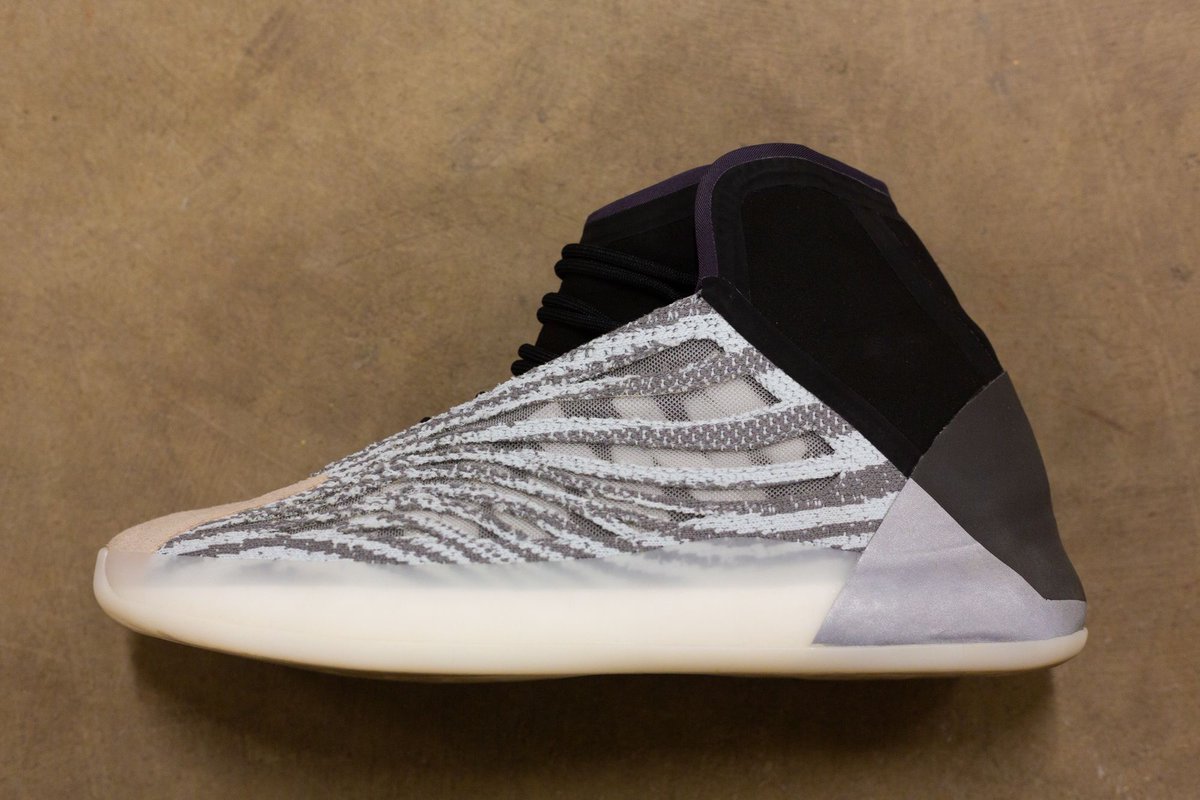 After almost two years of hints and on-foot previews from the man himself, Kanye West and adidas are finally releasing the Yeezy Quantum this All-Star weekend in two versions: a traditional basketball model and a lifestyle version.

The high-top basketball/lifestyle sneaker will have a BOOST midsole, but rather than the ribbed outsole of the 350s, the Quantum features a smooth white outsole that switches to reflective 3M material at the heel. This black/grey heel is made of the same reflective 3M that can be found on the lace cage hidden underneath its outer shell.

This outer shell is made up of an intricate, swirling pattern of grey and white tones with transparent windows throughout that give you a closer look at Quantum’s interior.