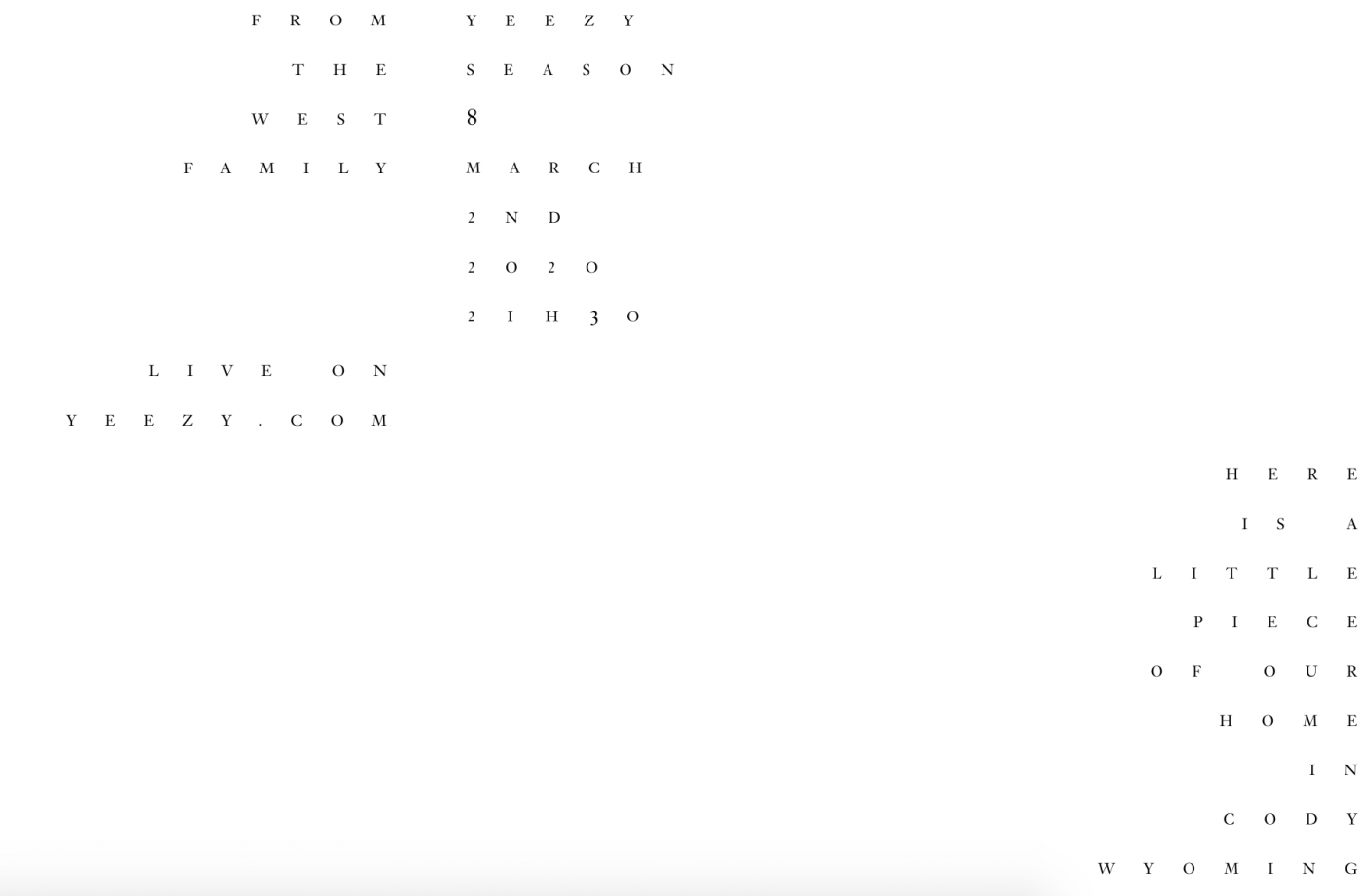 8 seasons later, Kanye West’s first foray into the fashion world as a designer continues strong. Tonight, West will unveil YEEZY Season 8 as part of Paris Fashion Week. The show will be live-streamed and released shortly thereafter online at yeezy.com.

While we await official images from the runway later today, the teaser image above indicates this collection will draw from a rural American sensibility. In particular, we can expect the landscape and other elements of Cody, Wyoming, – one of many West’s homes – to find its way into the collection.