Union was birthed in New York City through the marriage of rebellion and youth. The holy trinity of streetwear OGs in Mary Ann Fusco, James Jebbia, and Eddie Cruz paved the way for the world of streetwear as we know it now, with Union opening the floodgates of culture, sneakers, and fashion.

Following the NYC opening in ’89, Cruz decided to venture off west and opened Union Los Angeles in 1991. The Union Los Angeles storefront, grounded in the same area where it was planted over three decades ago, initially served as a co-branded store with Stussy and was known as “The Stussy Union.”

As Fusco and Jebbia ventured off to launch Supreme, Cruz continued the Union legacy on the west coast. But Cruz didn’t do it alone.

Chris Gibbs, the current owner of the boutique, worked for Fusco at the NYC location starting in 1996, before moving to Los Angeles in 2003, where he worked at both Undefeated and Union. Gibbs would become the LA location’s owner in 2010.

Whether New York or Los Angeles, Union lived up to its name and served as a unifier for the American consumer with Urahara Japanese brands, which would result in the ecosystem of streetwear that is omnipresent. Through Cruz’s friendship with fragment’s Hiroshi Fujiwara, Union brought in A Bathing Ape, NEIGHBORHOOD, WTAPS, and others stateside.

Shortly after the Cruz and Gibbs tenure began, Union Los Angeles teamed up with Nike for an Air Force 180 — before sneaker collabs with boutiques were the norm. For nearly twenty years, Union Los Angeles has delivered thoughtful, premium sneakers with the help of signature Nike and Air Jordan silhouettes, including the Dunk High, Dunk Low, Air Jordan 1, Air Jordan 4, and even the upcoming Air Jordan 2.

Following the Union Los Angeles x Nike Dunk Low “Passport Pack” collection and ahead of the Air Jordan 2 capsule, we dive into the sneaker collab history between Union and Nike.

Before collaborations were commonplace in the industry,  Nike teamed up with a handful of retailers to reimagine the performance beast that was the Air Force 180. 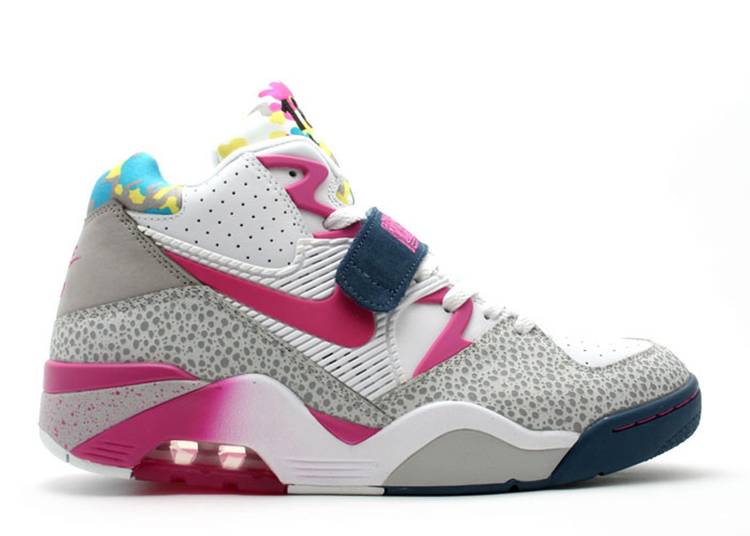 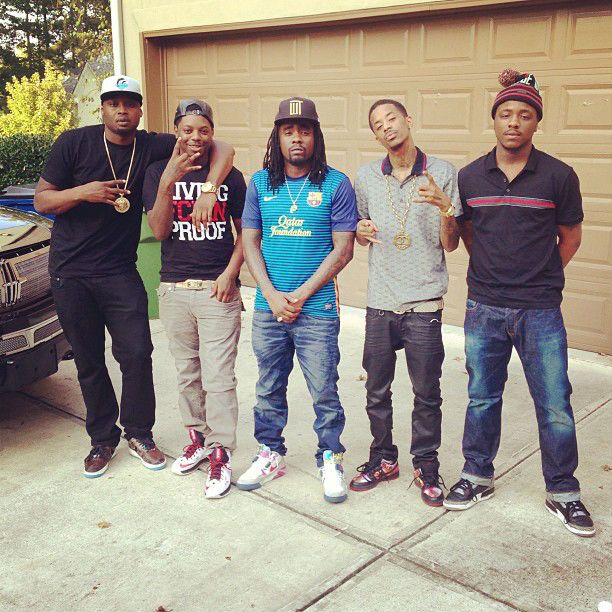 From Wale to Kanye West, the Union x Nike Air Force 180 “Clerks Pack” was a sign of the times with its loud & vibrant uses of yellow, hot pink, and light blue. And, of course, the safari print easily catches the eye and ties into Swoosh history. 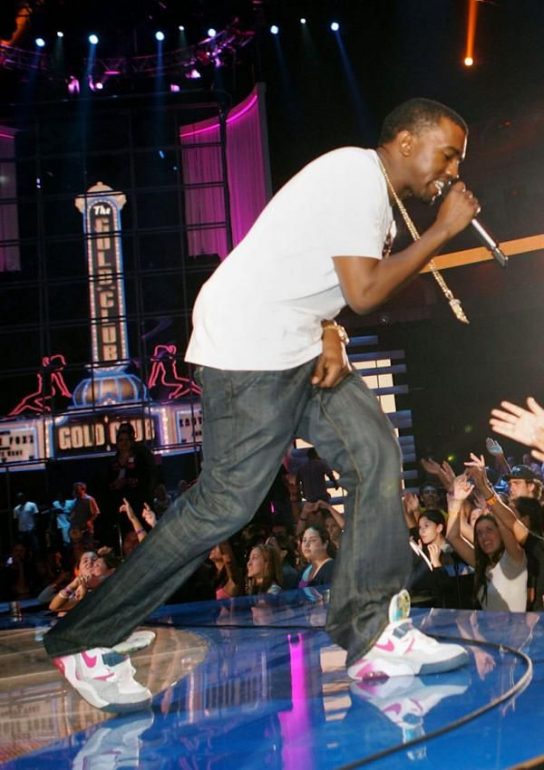 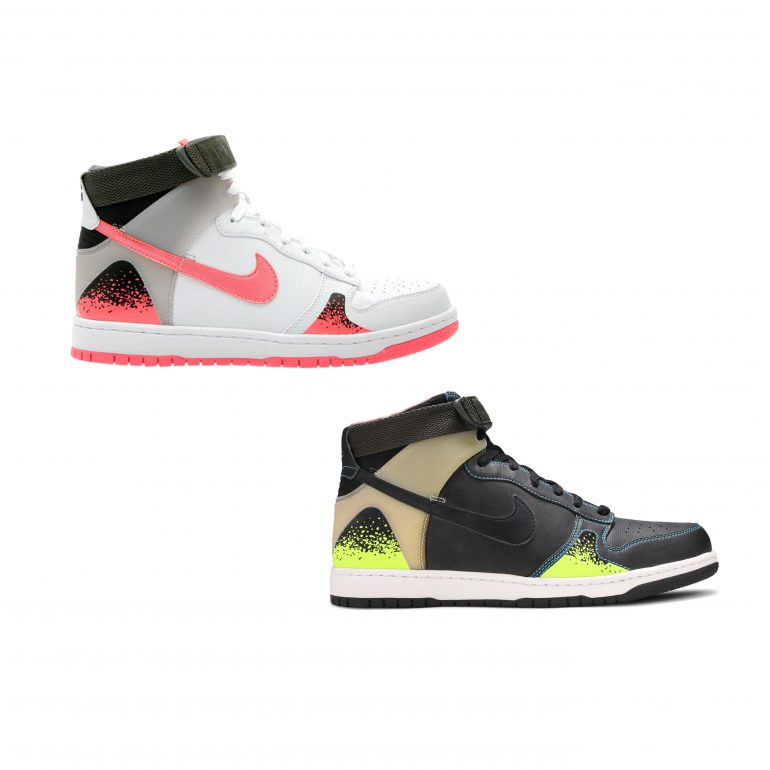 Before the Dunk was the crème de la crème that it is now, Union tapped the tennis court for inspiration on the Dunk High Challenge Supreme series. The collection was released on both coasts as Union was still in NYC and LA.

With “Lava” releasing in New York and the “Black” iteration dropping in NYC, Union foreshadowed its exclusive-style release methods, catering to the boutique, its roots, and the surrounding community.

Who would’ve predicted that the Dunk would once again receive the Union treatment in a more coveted fashion over a decade later? 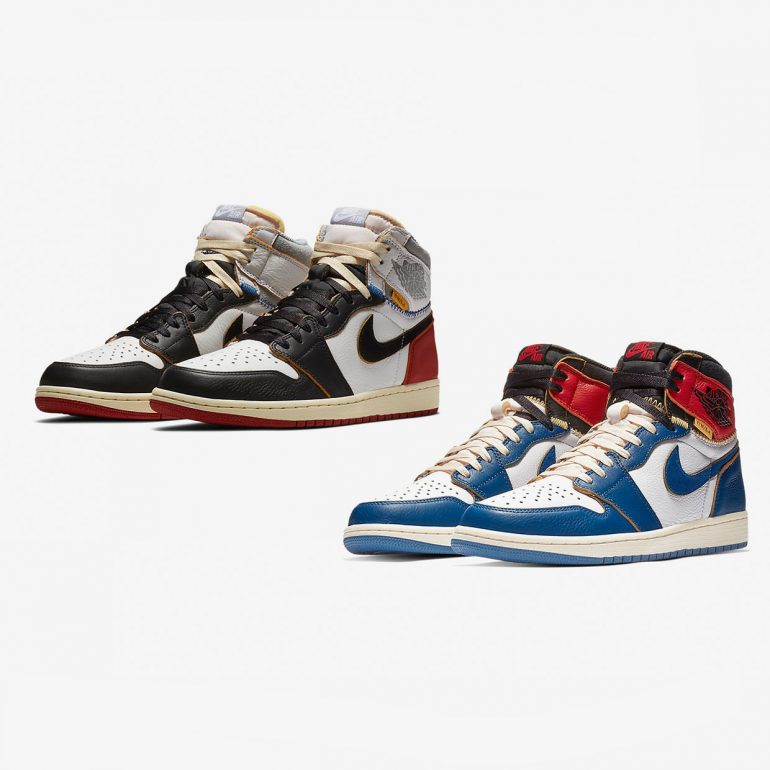 While everyone has their favorite Union collab, it’s hard to argue against the Union x Air Jordan 1 High OG collection’s status as the top dog in the Union x Nike lineage. Taking it a step further, Union’s reinterpretation of Michael Jordan’s first signature shoe is referred to as a grail to many sneakerheads. While the grail term is used flippantly, it’s a fair assessment of the Union x AJ1 collection.

The Union x AJ1 collection was so different and refreshing that its debut at the Rose Bowl Flea Market caught many off-guard and dismissed the collection. 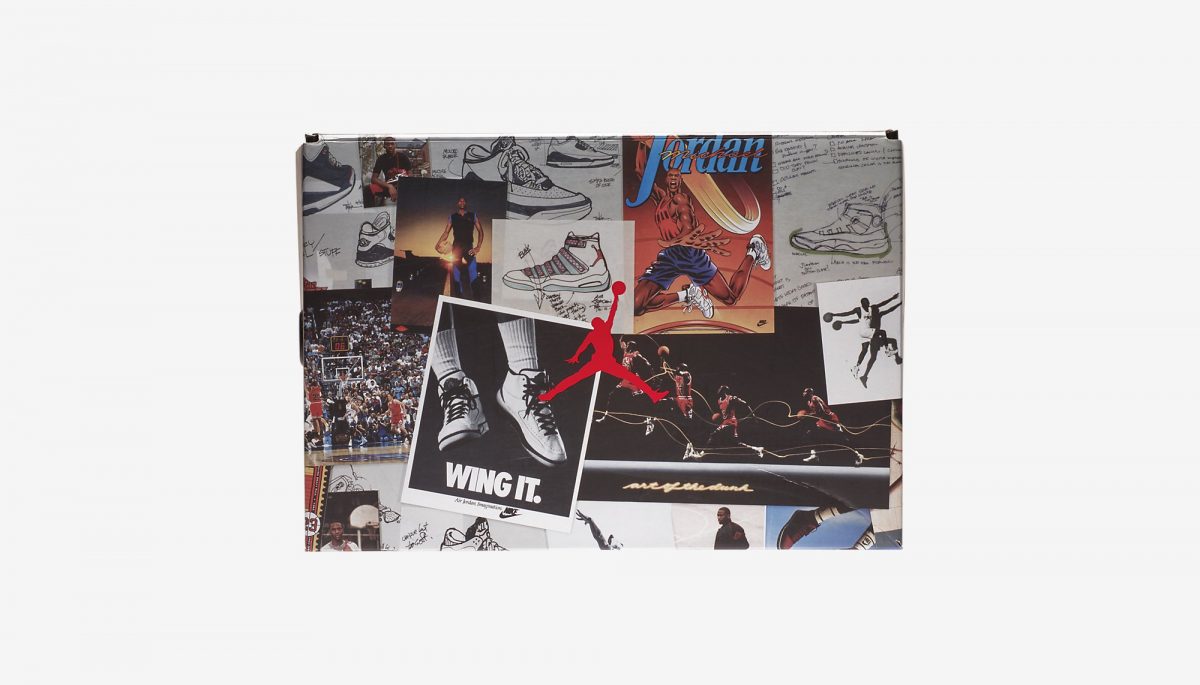 From the packaging to the rollout, and the eventual product, the Union x Air Jordan 1 High OG collection brought back the wow factor for the Air Jordan 1 and paved the way for its massive takeover, along with Union’s ability to capture an industry’s attention span is a fast-moving environment. 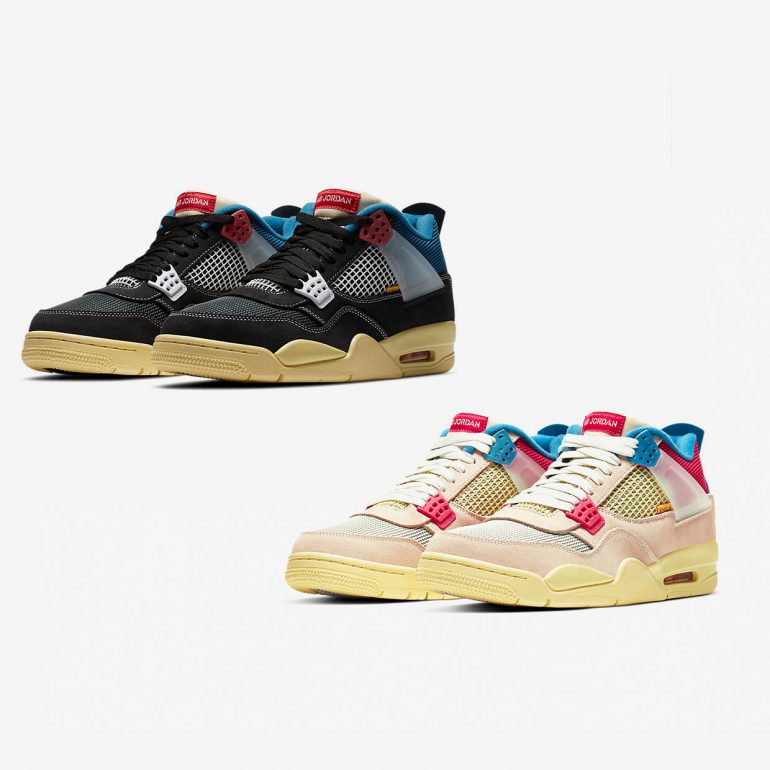 After collaborating on an apparel collection in 2019, Jordan Brand and Union were back like Mike wearing the 45 with sneakers in 2020.

Chris Gibbs and co. went down the Air Jordan line and chose the Air Jordan 4 as its canvas with an all-new design direction — a perforated, stitched foam tongue. Polarizing at first via leaked images, the Union x Air Jordan 4 in the “Off-Noir” and boutique-exclusive “Guava” rose in popularity following the official unveiling. 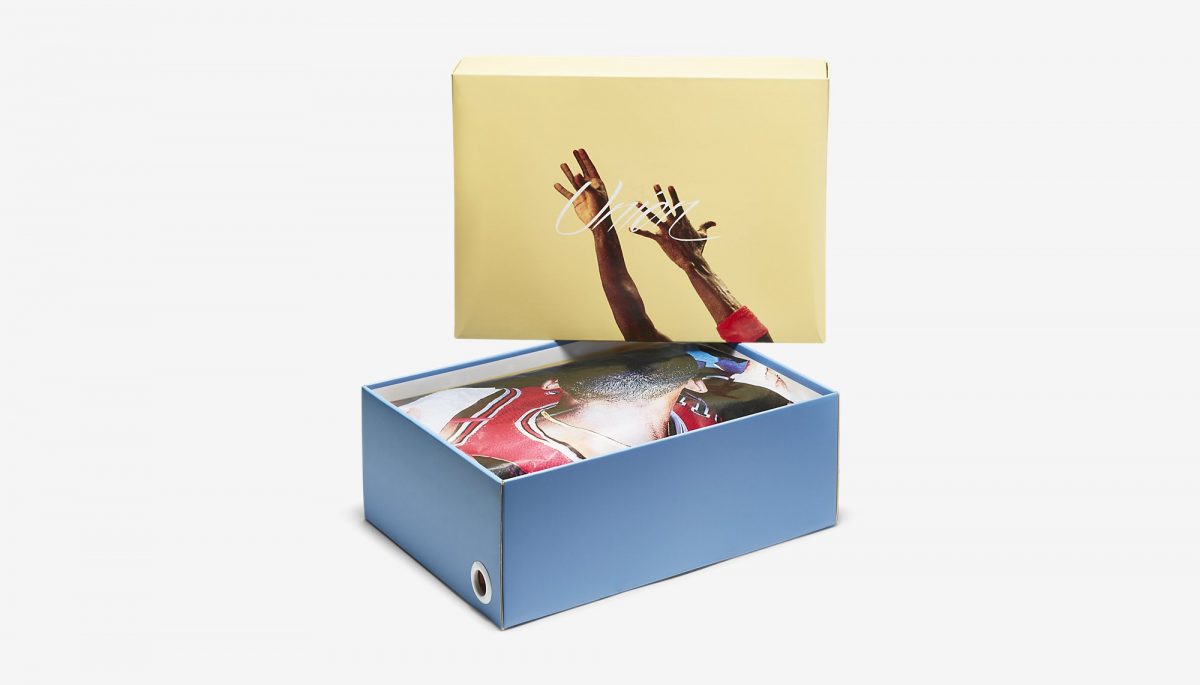 Combining heritage with a new-aged lens brought flair, timelessness, and details for Union’s second collaboration with the Jumpman.

The sooting hues with premium details also made their way on the Jordan Delta Mid and the Jordan Zoom ’92 as the brand tried to issue new fusion models with brand DNA. While the Air Jordan 4s overshadowed the Delta and Zoom ’92, the collection’s versatility showed that Union could do it all. 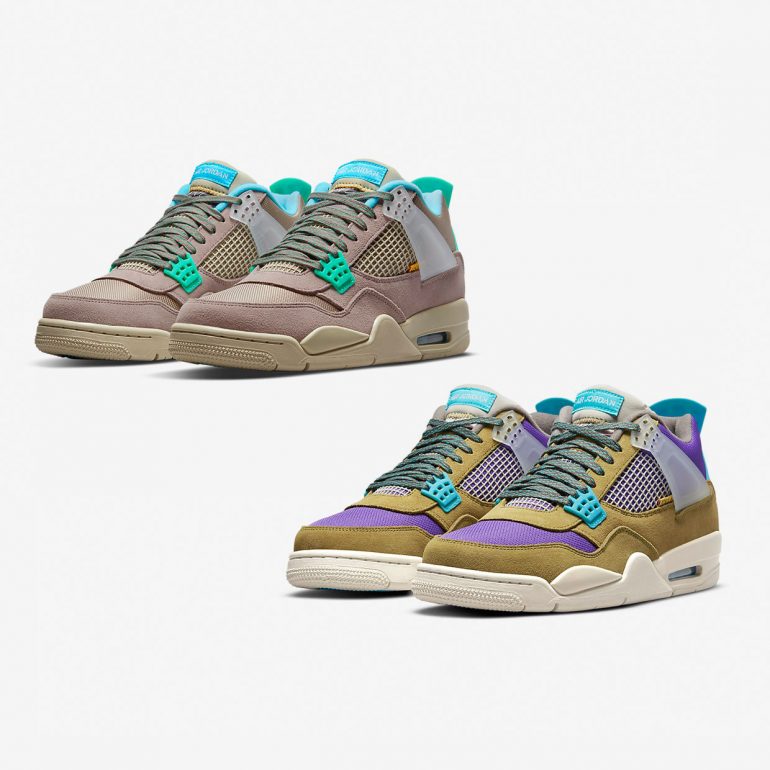 To follow up the first Union x Air Jordan 4 series, the boutique celebrated its 30th anniversary with the “Taupe Haze” and “Desert Moss” colorway.

While not as universally loved as the first AJ4 tandem, the Union-exclusive “Taupe Haze” and the wider released “Desert Moss” offered a premium reinterpretation of the Air Jordan 4 with both a standout colorway and a more neutral, muted option. 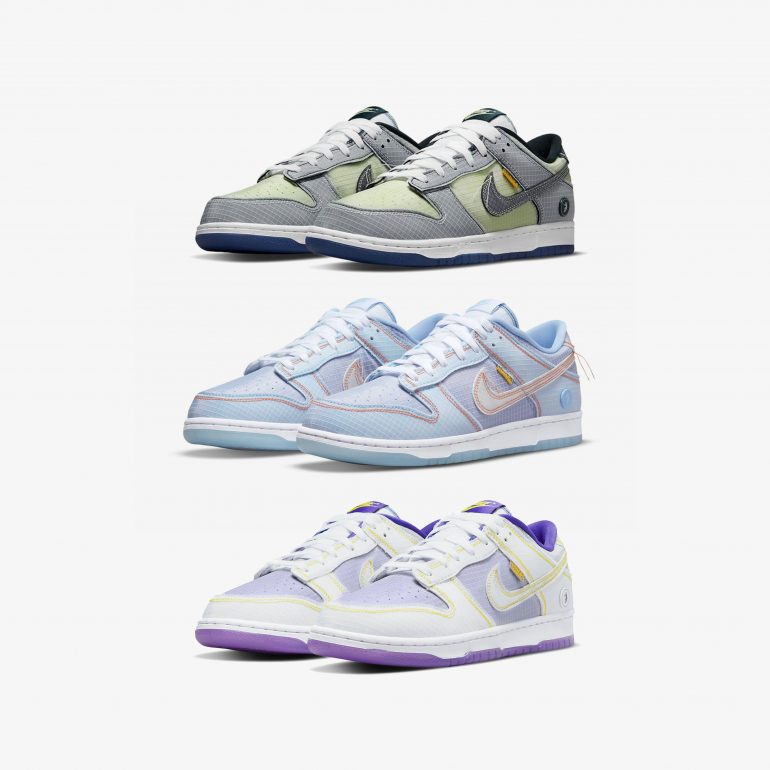 If the Dunk resurgence wasn’t enough to get people excited about the silhouette’s boom, Union delivered three desirable iterations of the low-top.

Inspired by Chris Gibbs’ days of sourcing Japan-exclusive colorways, Union went into the archives for the colorways.

The Union x Nike Dunk “Passport Pack” brought a new edge to the Dunk. The rip-stop upper, exposed contrast stitching, translucent outsoles, the Union Frontman logo on the forefoot of the outsole & button on the heel counter, and passport-like hangtags & packaging made a 3-for-3 with the “Pistachio,” “Argon,” and “Court Purple” iterations. 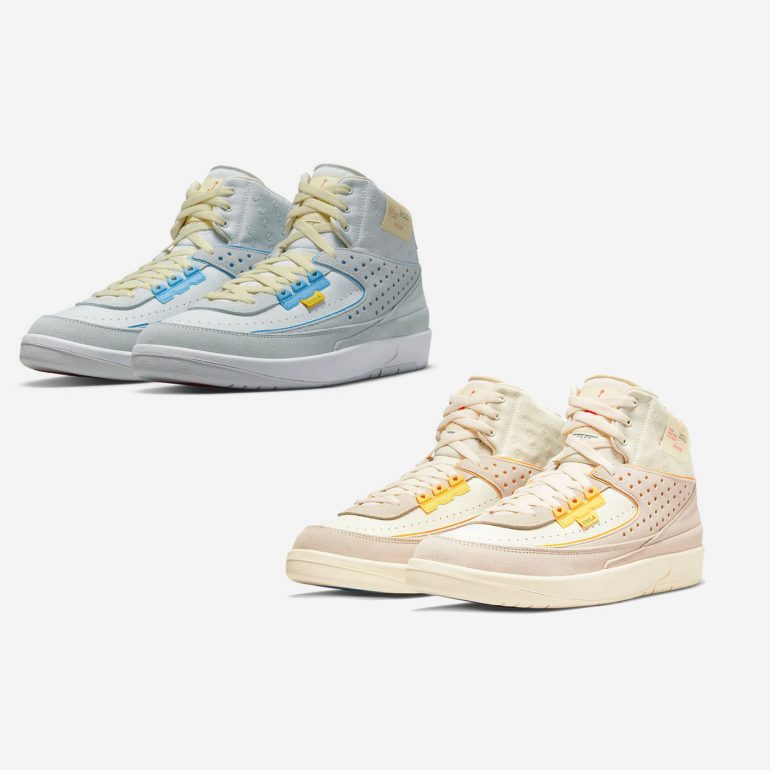 As Jordan Brand continues to bring overdue energy to the Air Jordan 2, the Jumpman links up with its long-time partner in Chris Gibbs & Union to reimagine the silhouette. Sticking to the AJ2’s premium nature, the “Grey Fog & “Rattan Birch” feature a nylon upper and buttery suede construction.

The pair also includes staple details a la Union with its perforated tongue, UN/LA branding, and nearly-opposite colorway options. Inspired by a utopia, the Union x Air Jordan 2 collection is another chapter in the boutique’s legacy.

The Air Jordan 2 return was meant to be kickstarted by Union earlier than this spring as the HO21 (Holiday 2021) collar tag suggests. However, shipping delays & supply chain issues related to COVID-19 pushed the Union x Air Jordan 2 release to the ides of April.

While the Union-exclusive Air Jordan 2 colorway has yet to be announced, we expect one of the two colorways to continue Union’s tradition of an even more limited release. 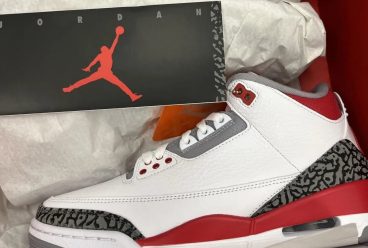 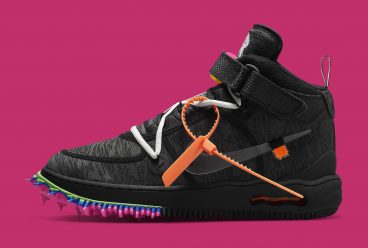 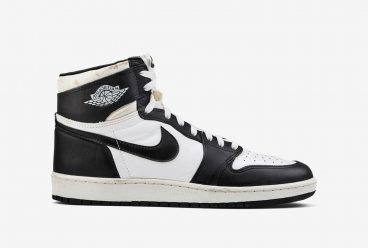 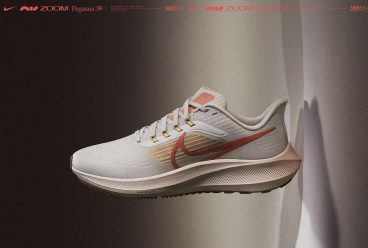 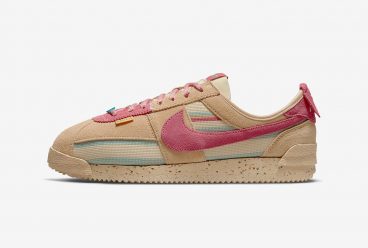 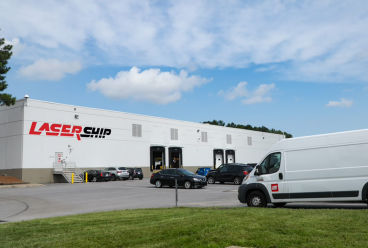