The Air Jordan 1 might be the pinnacle of sneakers. Its storied history, iconic build, and a bevy of colorways ensure a colorway and a cut of the AJ1 for everybody. When it comes to the myriad of AJ1s, the High iteration reigns supreme but lurking in the wings like MJ on defense is the Air Jordan 1 KO.

Overshadowed by the astounding scoring prowess of the original, the AJ1 KO has always been here, laying in wait, hungry, and preparing for its moment to pounce. Where the Air Jordan 1 High has the MVPs and Scoring Titles, the AJ1KO has the DPOY and Steals Leader awards, doing the dirty work all while being overlooked.

The history of the Air Jordan 1 KO is murky at best. Still, the sneaker originated early in the Air Jordan 1’s lifespan, and its rarity has inspired a wealth of collectors hunting for the scarce silhouette. Many younger sneakerheads weren’t even aware that the sneaker existed until its retro releases began. The historical origins of the KO moniker can’t even be pinpointed precisely, with some speculating “Knockout.” At the same time, some believe the “KO” stood for “Knockoff” due to its canvas structure and significantly cheaper price point. 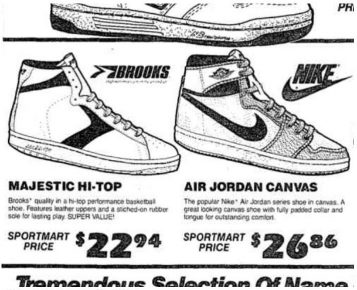 Since 1986, the Air Jordan 1 KO has lurked on the streets with few aware of its existence. Not only was it released in low quantities, but the canvas construction also caused many to rebuke the shoe, surfacing at as low as $26 during its lifespan.

It makes sense for Nike to create a cheaper version of the sneaker to thwart any potential design theft, primarily due to the extraordinary numbers that the Air Jordan 1 was pulling in during its early days. This process also helps to keep shoppers in the Nike family, much like the spin-off signature lines of today, like LeBron’s Ambassador line or Giannis’ Immortality brand. In some ways, it was a precursor to the budget-friendly Team Jordan umbrella before its release in the 90s. 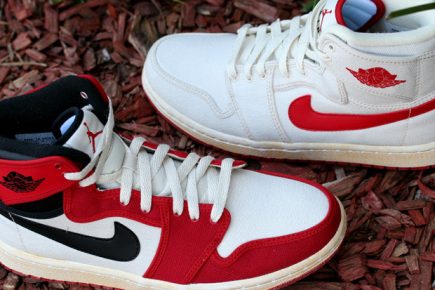 2010 marked the first return of the AJ1 KO in an “AJ1KO Pack” that included a “Chicago” and “Sail” colorway, and the releases went under the radar for general consumers and were rejected by collectors due to their use of Jordan branding and Jordan 1 tooling rather than “Nike Air” branding and the Nike Vandal tooling. The Air Jordan 1 KO is finally having a moment in the sun, hidden in the wings for so long.

In 2014, the Air Jordan 1 KO returned and was released to the street in various colorways. The build remained close to the original, save for the canvas construction, lack of the heel counter, and Nike Vandal sole instead of AJ1 sole. The success of that release spurred semi-regular releases of the sneaker up to this day.

Recently, the AJKO has seen a wealth of colorways bringing it to the forefront, like the classic “Storm Blue” colorway and an orange and white of “Syracuse.” The AJ1KO is a perfect alternative to some of the more difficult-to-acquire iterations of the Air Jordan 1. 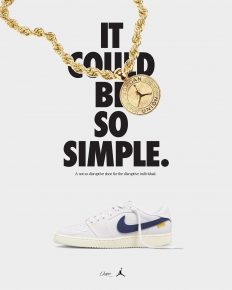 With the forthcoming release of the Union x Air Jordan 1 KO Low, Jordan Brand is shining new light on the underrated silhouette with the debut of the low-cut sneaker. With the resurgence of the Air Jordan 1, spurred by a litany of collaborations and “The Last Dance,” now is the perfect time to turn that knockoff into a knockout.